Interstate 40 courses its way through Tennessee, falling from the Blue Ridge Mountains to the Mississippi River. Along the way, it passes through the many cities and towns that defined America’s sound. Country, rock, soul, blues, gospel, rockabilly, and bluegrass all found fertile ground to grow in Tennessee before making their way to the airways of the rest of the world.

Though these first seeds were planted generations ago, a road trip through the Volunteer State can still get you up-close and personal with some of the best music there is. Take a look. 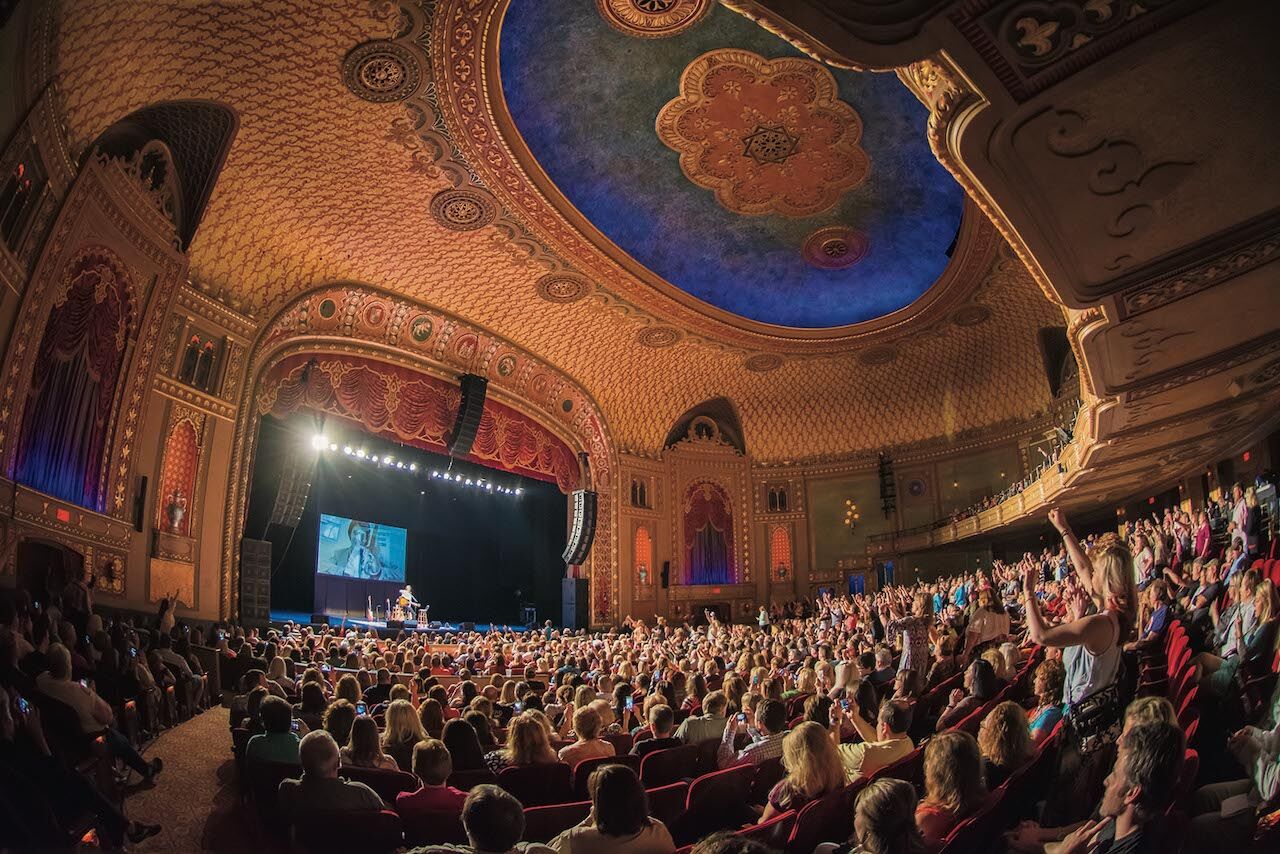 The echoes of fiddles, guitars, and banjos have long emanated from the mountains of East Tennessee, a bluegrass-soaked region that helped give birth to country music’s “Big Bang,” as well as the careers of Dolly Parton and the Carter Family. Delve deep into the roots of country music or explore underground venues shining a spotlight on the modern sound from the bright lights of Knoxville to the creative sidewalks of Johnson City.

Slide into the velvet seats of a real 1920s movie palace at the Tennessee Theatre. Performers like Desi Arnaz, Glenn Miller, and Chet Atkins have all graced this historic stage, looking out onto gilded balconies and gold-plated accents. Today, the iconic theatre hosts regular Broadway performances as well as a year-long concert schedule, so there are plenty of options for when you visit. (And, yes, everything still looks like the inside of a Fabergé egg.)

Underground music has a whole new meaning when it comes to The Caverns, a subterranean music venue in Pelham. Shows — Steve Earle, Fleet Foxes, even Vanilla Ice — are hosted in Big Mouth Cave, known for its large archway entrance. Altogether, The Caverns comprise over 8,000 linear feet of passages dating back thousands of years. For those who are wary of being underground, there’s an above-ground amphitheater as well.

Tennessee’s music venues may be deeply rooted in history, but a new day is dawning in Chattanooga at The Signal. The city’s industrial-esque venue is located in a renovated trampoline park and plays host to a myriad of genres, from electronic to hip-hop to country and everything in between. Though the club only opened in 2018, The Signal is already attracting national acts with recent performances from St. Paul & The Broken Bones, Futurebirds, Gwar, and Shakey Graves.

The population of Johnson City doubled in the 1920s, when railroads and moonshine made the East Tennessee crossroads a hub of activity in the shadow of the Blue Ridge Mountains. Back then, there were rumors that legendary mobsters like Al Capone arrived with the population boom, which fueled gossip around town. Capone’s pays homage to that local folklore while hosting underground acts like Pop + Evil, Metal Souls, and Elderbug, as well as periodic tributes to pop punk and emo genres. 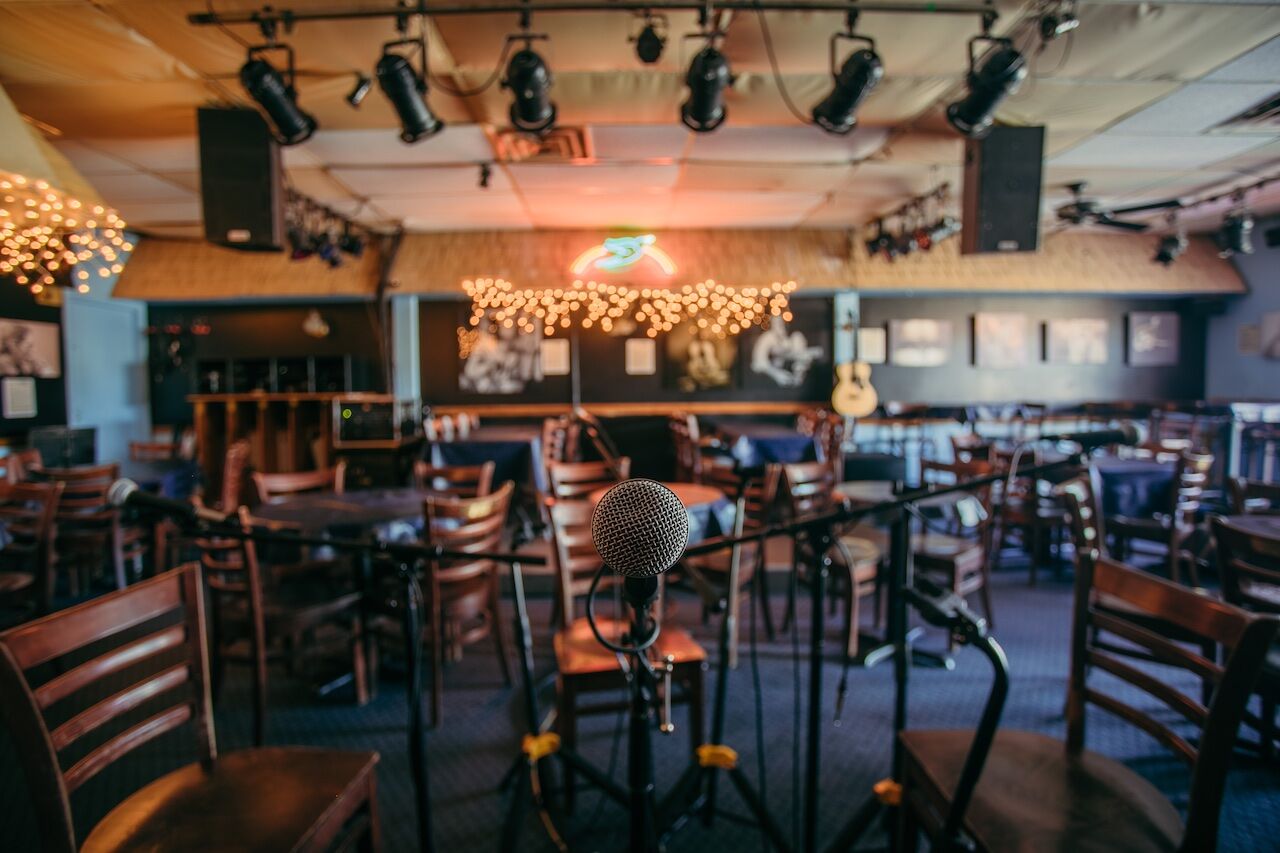 Anchored by America’s Music City, Middle Tennessee is a flourishing home for major record labels and a hive of singer-songwriters vying to be Nashville’s next big star. The rolling hills in the center of the state have been a crossroads for touring acts for generations — and a launchpad for country music stars from Appalachia to Texas.

This Nashville venue has a claim to being the most historic music house in America. A one-time home for the likes of Johnny Cash, Loretta Lynn, and Dolly Parton, the Grand Ole Opry House has played host to nearly every major country music artist of note since the 1930s — and it remains an icon. Today, visitors to Nashville can snag a seat in the nearly 4,400-seat venue and settle in for the Grand Ole Opry featuring the biggest country music stars at one of the biggest country music venues.

The cozy 90-seat venue has gained international fame thanks to the limelight of CMT’s “Nashville” television show in recent years; however, The Bluebird Cafe has been a haunt for Nashville’s up-and-coming musicians since 1982. Located just a couple of miles south from Music Row, The Bluebird Cafe has kickstarted the careers of musicians like Taylor Swift, Keith Urban, and Garth Brooks. Reservations are recommended these days, but once you’re in the door, Bluebird is about as no-frills as Nashville gets. Take a seat, order a drink, and enjoy the talent.

Located in a reclaimed limestone quarry, FirstBank Amphitheater is a world-class “boutique” outdoor music venue that opened in 2021. Besides top-notch performances (think Third Eye Blind, Robert Plant, and Earth, Wind & Fire), the venue also prides itself on being sustainable by using plastic-free cups and utensils and supporting local farms and small businesses.

The Ryman is steeped in history. Opened as a church in 1892, this cathedral of sound has hosted performers from Harry Houdini to Earl Scruggs to June Carter and Jason Isbell. The original home of the Grand Ole Opry, Ryman Auditorium is as vibrant today as it ever was. This performance powerhouse is located just steps from Lower Broadway and continues to be one of the most sought-after venues for touring artists today. Once you attend a show here, sitting on the original oak pews dating back to the 1890s and seeing sunlight stream through the stained glass windows, you’ll get the hype. 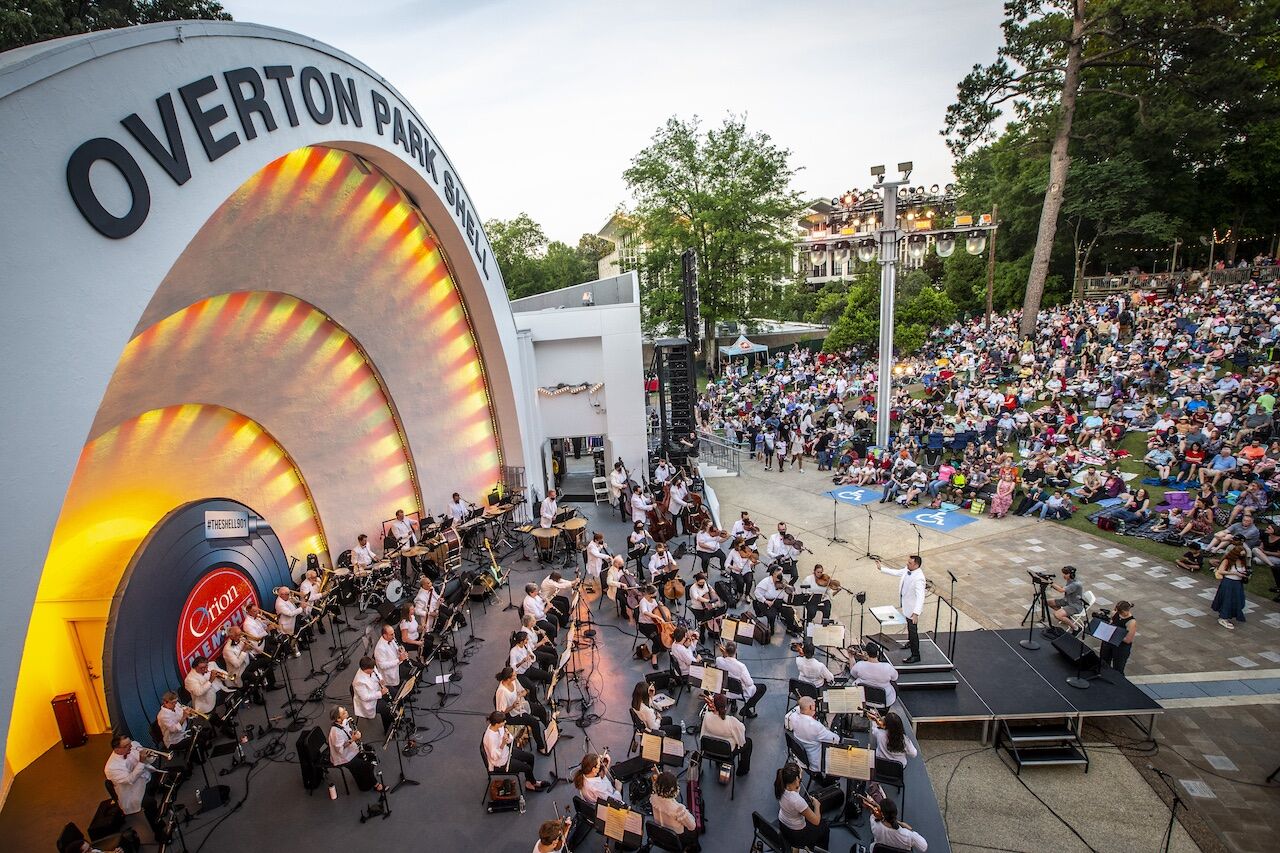 The Blue Ridge Mountains are a distant memory by the time travelers reach West Tennessee, where flat farmland collides with concrete streets in the cultural oasis of Memphis. Artists from The Beatles to The Rolling Stones to Earth, Wind & Fire, R.E.M., Justin Timberlake, and Kendrick Lamar all trace their sounds to styles that started here; fortunately, many of the city’s original venues remain operational, giving visitors a first-hand glimpse at the launchpads of innumerable acts today.

One of the last remaining bandstands from the Great Depression, the Overton Park Shell played a critical role in the city — what with being the birthplace of rock n’ roll. Its stage famously hosted the first-ever concert of a young Elvis Presley, though other legends like Johnny Cash, Carl Perkins, Furry Lewis, and Isaac Hayes have all performed beneath its oak-draped canopy. These days, the Overton Park Shell is home to an annual free summer concert series and a micro-museum dedicated to its storied past.

Legends come to life at Hernando’s Hideaway, a living homage to a South Memphis dive bar synonymous with the guests of Graceland. B.B. King, Booker T. & the M.G.’s, Elvis Presley, Charlie Rich, and Jerry Lee Lewis all graced the leopard-print stage here — Lewis growing so fond of the place that by the 1980s it was simply known as his office. Indeed, “the Killer’s” leather couch still greets performers in the club’s green room. Though it shuttered in 2006 after six decades of operation, Hernando’s Hideaway has been resurrected and now hosts nightly shows on the corner of Elvis Presley Boulevard and Brooks Road.

Swing by the corner of B.B. King Boulevard and Beale Street for a night of dancing at the Rum Boogie Cafe. Hundreds of guitars from rock stars to blues hounds hang from the rafters of this downtown institution. So, too, does an original neon sign from Stax Records that still lights up the Memphis night decades after it was relocated from above the legendary studio’s front door. This classic Beale Street blues club is a two-for-one; head to the back room and through a door covered in dollar bills to enter a portal into the Blues Hall Juke Joint, one of the most authentic dive bars left on Beale.

Jackson’s Amphitheater at the Market | Jackson

Tina Turner, Carl Perkins, and other influential artists have roots in West Tennessee, not far from the city of Jackson. Such vibrant musical heritage lives on at venues like the recently opened Jackson’s Amphitheater at the Market, also called the AMP. The open-air venue hosts a free summer concert series, featuring artists like LOLO, Stacy Mitchhart, and Eric Pierce.

Music is ingrained in Tennessee’s heritage, and if you dive in, you’ll experience why. From legendary artists to underrated local talent, your ears are bound to stumble upon some magic in Tennessee.

This post is proudly produced in partnership with the Tennessee Department of Tourist Development.
Tagged
Music + Nightlife Tennessee, United States
What did you think of this story?
Meh
Good
Awesome