Alexandria, Virginia, sits on the Potomac River south of Washington, DC. Alexandria’s historical canon tells the story of a prosperous trading port, but like many US cities, its African American history is not widely known. Alexandria was in fact inextricably tied to the domestic slave trade, housing the largest slave market in the United States.

To address and bring awareness to its dark history, in 2012 the city council adopted a policy to use public art installations to reflect Alexandria’s past, people, cultural identity, and future.

Great strides have been made in its mission to educate, and this year’s temporary art installation by Brooklyn-based artist and architect Olalekan Jeyifous speaks a powerful truth about Alexandria’s African American history. The installation, unveiled on May 21, is titled “Wrought, Knit, Labors, Legacies,” and will be on display until November 2020 at Waterfront Park.

“Stories that are uncomfortable are often sidelined,” Jeyifous shared with Architectural Digest, adding, “I wanted to make something that combined these histories into one narrative.”

The base of the mural is a blend of colorful symbols that tell the story of African American quilting and textile traditions. The abstract floor is stitched together, drawing on the city’s ties to its merchant and manufacturing history with the clever use of icons. Protruding from the mosaic-like foundation are four large metal figures that look out over the Potomac River. 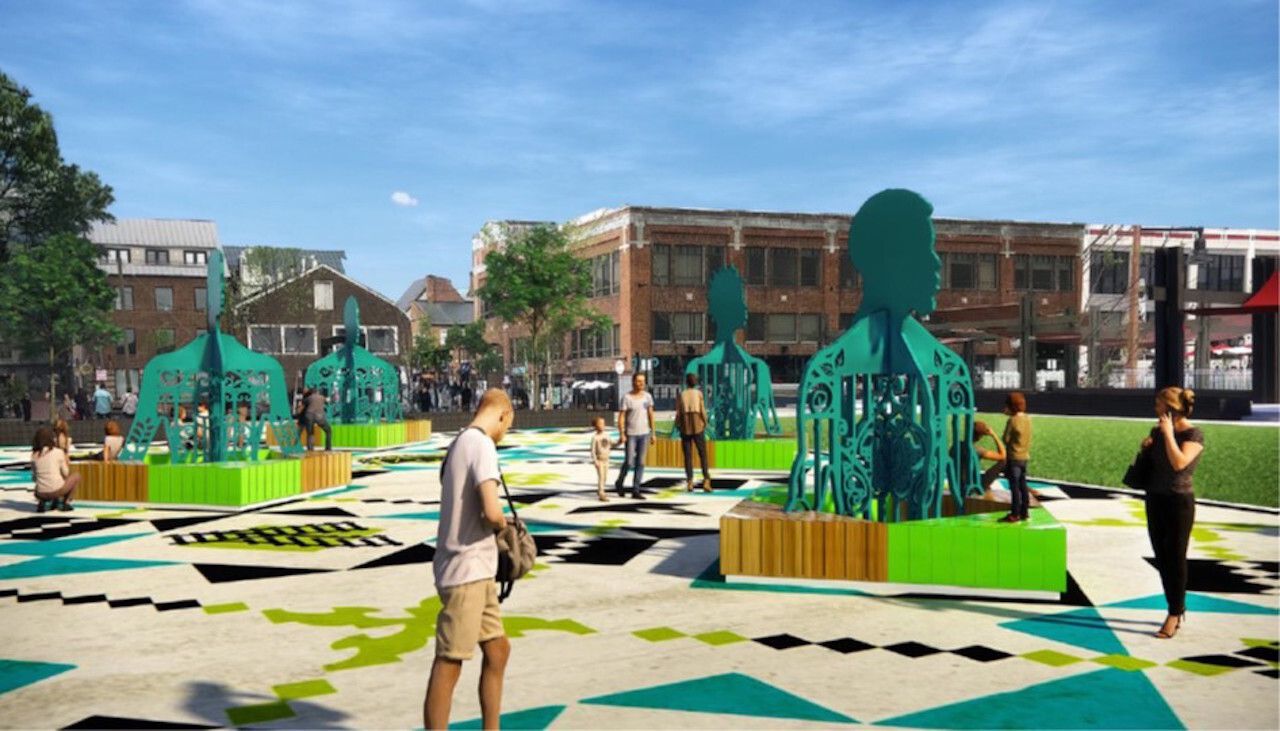 Jeyifous said, “Each figure embodies iconography that pertains to four of the major commercial industrial enterprises that Alexandria is known for,” such as the railways, armory, flour, and tobacco.

The temporary installation is unforgiving in nature. The striking figures are a powerful symbol and will undoubtedly play a role in the community’s engagement with the history of the region.

When talking with the city council about this work, Jeyifous shared his love for art in the public realm. “It provides an opportunity to bring art to non-traditional places. We can explore our histories, acknowledge mythologies of resilience and resistance, and even ponder the futures of cities and public spaces. My hope is that the artwork resonates in ways that inspire and elicit engagement and dialogue.”

Museums8 Museums in Africa That Every Black Traveler Should Absolutely Visit
Tagged
Art + Architecture News
What did you think of this story?
Meh
Good
Awesome

13 Signs You Were Born and Raised in Alexandria, Virginia