It’s nearly impossible to find parking in Yauco, Puerto Rico. The steep, narrow roads are packed with cars on either side. Occasionally, you’ll pass a rogue chair serving as a placeholder for a resident’s vehicle. There’s a steady hum of tourist footsteps all heading towards one place — Yaucromatic.

Just a few years ago this neighborhood wasn’t on any visitor’s map. Today, it’s a sought-after location for Instagrammers and a background for music videos and commercials. It has become one of the most popular attractions on the island, giving visitors a reason to venture beyond San Juan and driving economic growth to a previously neglected area.

Yaucromatic is a street art gallery displaying macro murals on privately owned houses. In contrast to regular murals, which typically take up a single wall, macro murals cover several buildings to form one cohesive image. They are a testament to the power of paint to transform and rejuvenate property, as well as the morale of those around it. What started as 16 murals before Hurricane Maria (fall 2017) has grown to 62 murals in the years that followed. Guests can self-navigate the street art using an interactive map online. 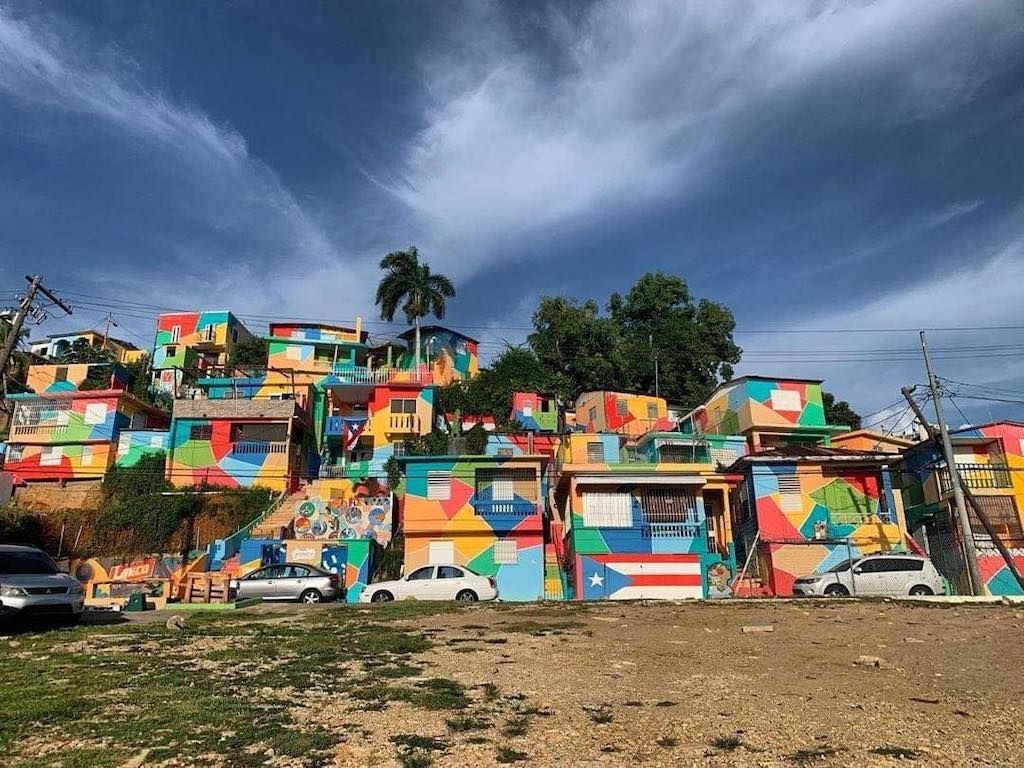 Yaucromatic is not the first macro mural neighborhood on the island, however, or even the biggest. It’s part of a broader vision brought to life by Samuel González, founder of Pintalto, Inc. In coordination with local groups like Arte Para Unir (Art to Unite) and municipal governments, Pintalto has now completed macro mural projects in five Puerto Rican towns: Manatí, Yauco, Aguadilla, Las Piedras and Rio Grande. The project in Aguadilla is the largest.

González is an architect by trade but dreamer in practice. He grew up in Manatí and was inspired by public art in countries like Mexico and Brazil. Wanting to contribute something meaningful to his hometown, he imagined what it would be like to take neighborhoods considered “dangerous” or “run-down” and make them a canvas for larger-than-life pieces representative of the local culture. 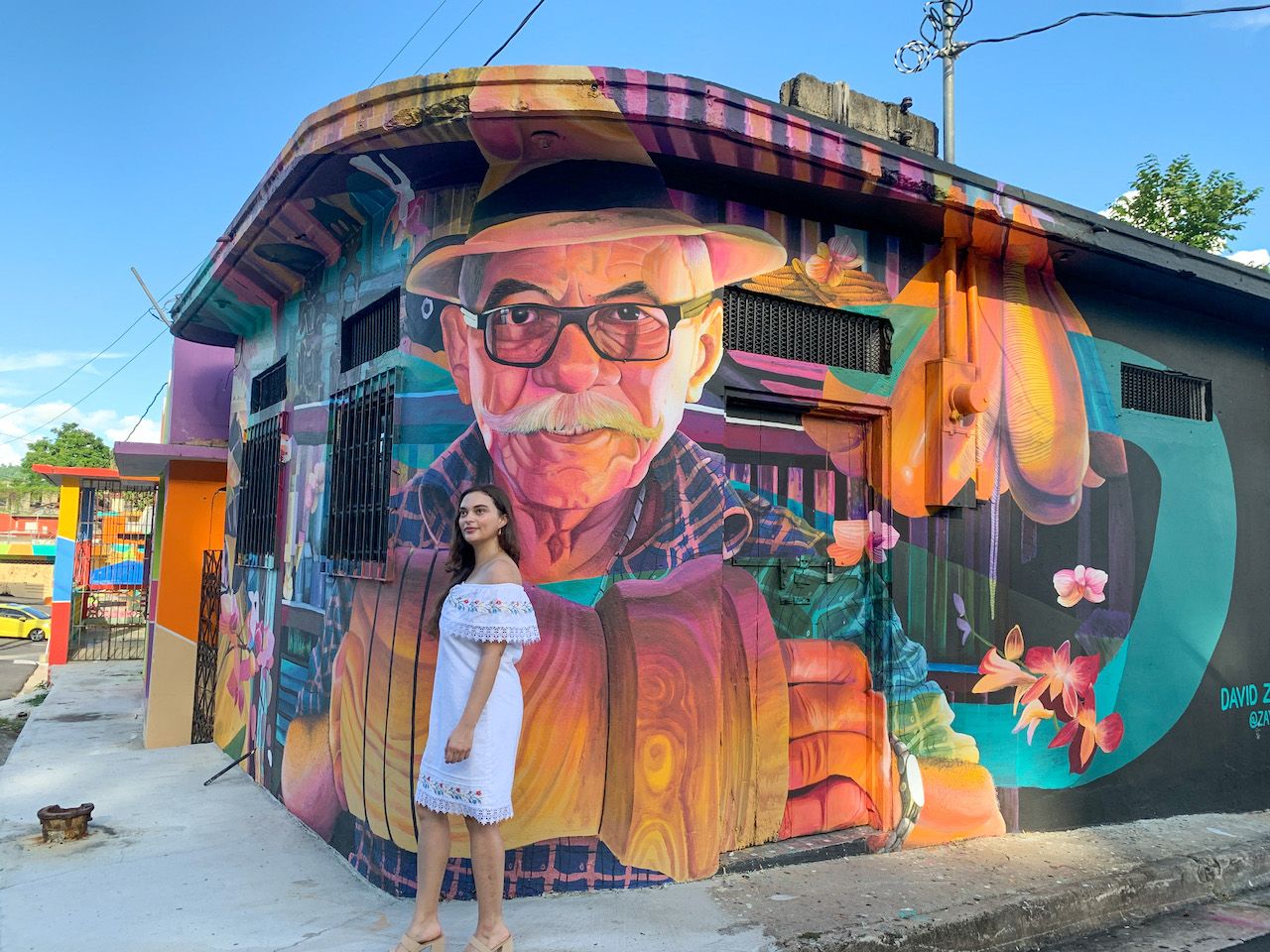 “I was surprised when I pitched the idea to residents and they actually liked it. I thought it was a little out there and that I’d get some resistance, but we got a majority of the community on board. From there, the next step was finding funding,” González recalls.

A local credit union lent the funds for paint. The municipality helped clear out trash and prepare the area. Volunteer groups started pouring in, every weekend without fail, from schools or churches. The project has since become a major draw for street artists but at its core, it was art by and for the people.

The colorful walls that distinguish the initiative from any other street art pieces on the island can be attributed to the first and only mural in the Manatí project painted by González’s friend, Nathaneal Oyoala. Oyoala created an image of a cancer patient holding a cricket from which “colors of hope” were emanating. Today, those colors — a mosaic of vibrant hues of yellow, blue, pink, orange, green and purple — blanket neighborhoods throughout the island. 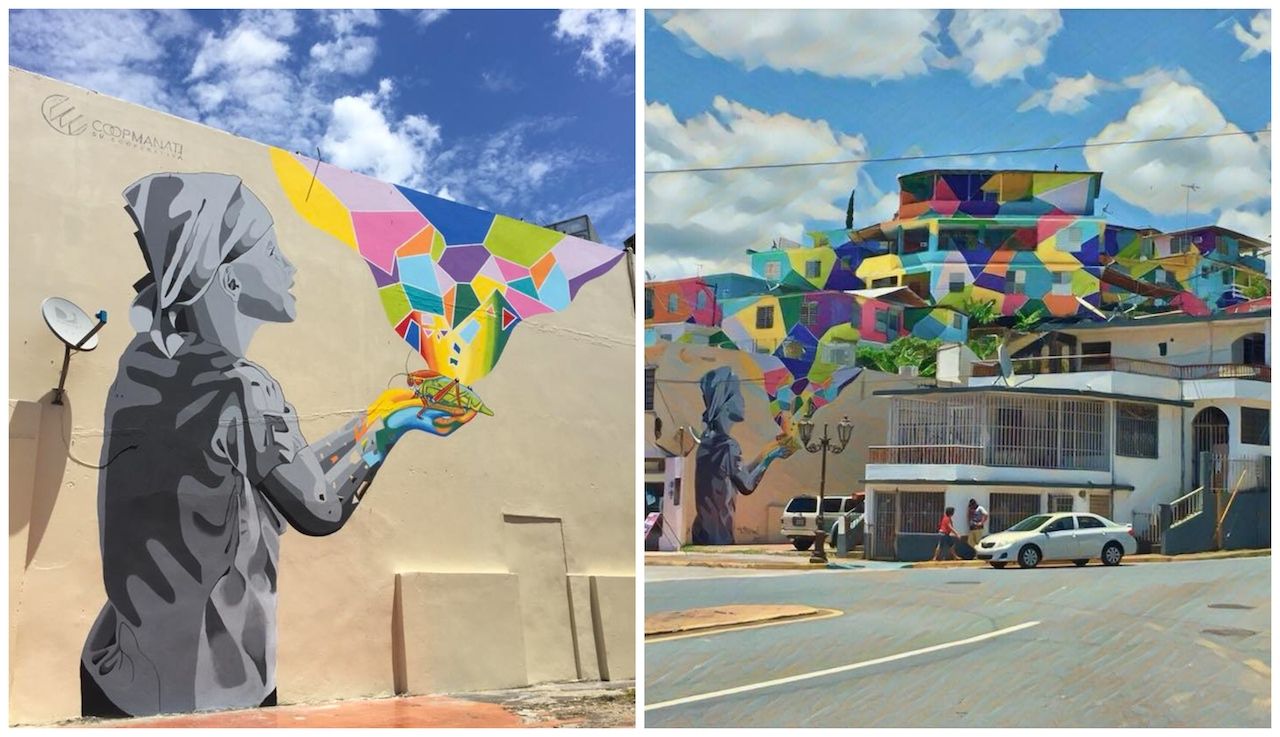 Oyoala’s mural is an optical illusion that when seen at the right angle looks as if the neighborhood is on the same plane as the image beneath it. It is symbolic of Pintalto’s mission to change your perspective of forgotten places.

Yauco’s first set of murals were completed in record time — just three weeks. Residents picked up paint brushes and contributed their time and manpower to the cause. González notes, “The success of Yaucromatic was immediate. From opening day, there were crowds of people walking up and down the neighborhood. Within three months of opening, well-known reggaeton artist Ozuna filmed a video there, reaching a new generation and urban audience outside of Puerto Rico.”

“The case of Yauco was a special one that I don’t think will repeat itself,” González says. “It was a case where all the planets aligned for the project to take off. Even though I would have liked for it to be Manatí, Yauco paved the way for subsequent projects. The level of international attention, popularity and interest it has received cannot be replicated.” 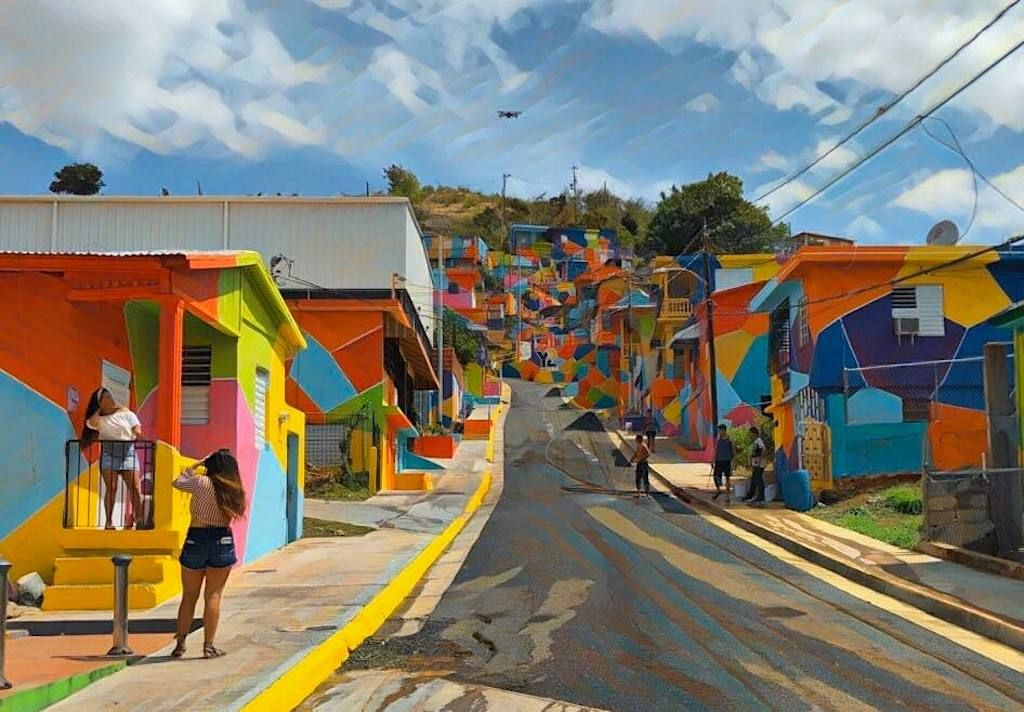 The effect of the street art on the town itself should not be minimized, either. In the wake of Yaucromatic, the neighbors became re-engaged and formed an association now tasked with keeping the area clean, retouching themurals, and managing street vendors. Residents proudly showcase their homes, sitting outside for hours to greet and welcome those interested in learning more. Touring the neighborhood is free, as it’s meant to be art accessible to all instead of hidden behind the walls of a museum. You’re encouraged to support the local economy, however, by buying souvenirs of the projects from vendors set up along the streets during your visit.

Reflecting on his dream come to fruition, González states, “Initially, my plan was to do one project at each cardinal point of the island. I have completed that goal — the most recent one in Rio Grande was kind of a bonus. For now, I don’t have any plans for future projects, but I’ve learned to never say never.” 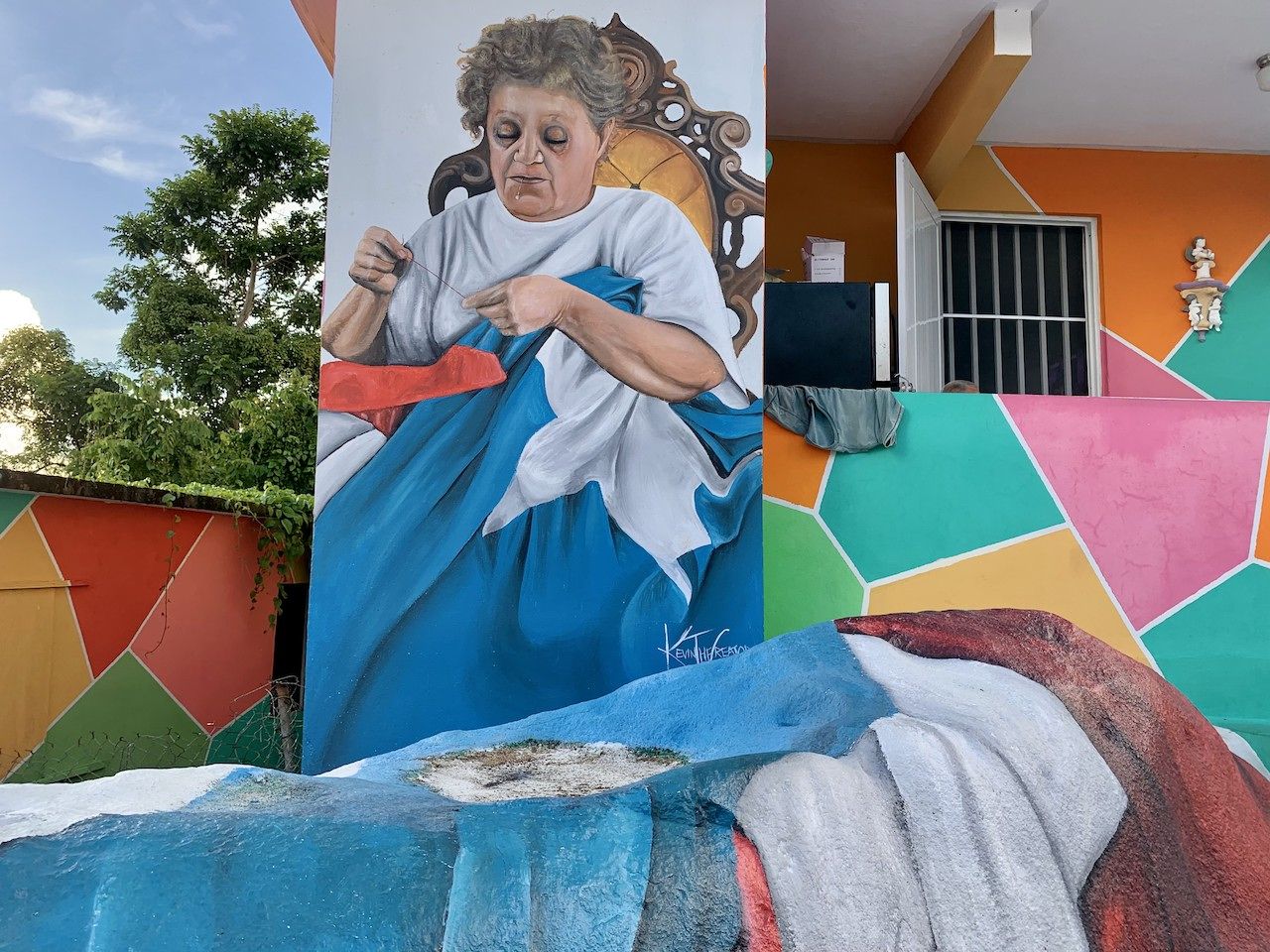 Yes, Yaucromatic is a “tourist spot.” But there is something deeper compelling hordes of visitors to drive over two hours from the known comforts of San Juan into a forgotten part of the island. There is a beacon emanating from the previously drab stretch of buildings, calling out to all those who wish to be surrounded by, enveloped in, and renewed by the feeling of hope made tangible through color.