Sometimes, out of all the dishes and delicacies we taste abroad, it’s the local produce that leaves the greatest impression. For me, it was the fruit in Bali, where market hauls yielded armfuls of mangosteens, which marry the sweetness of peaches with the tartness of plums, and crisp snakefruit with its scaly brown skin.

Back home, rare fruit can be hard to find. Until 2007, it was illegal to import mangosteens to the US in fear they’d introduce Asian fruit flies. Even though the ban’s been lifted, I haven’t exactly seen the deep purple fruit in the produce section of my local Whole Foods. It is possible to find, however. Outside the odd South Florida farmers market, the best chance most of us have at sampling hard-to-find fruits is by digging up the passwords to our Amazon accounts. Both Amazon and Etsy are surprisingly reliable sources of the following fruits you’d be lucky to find elsewhere, whether you’re looking to satisfy your curiosity or a post-trip craving. 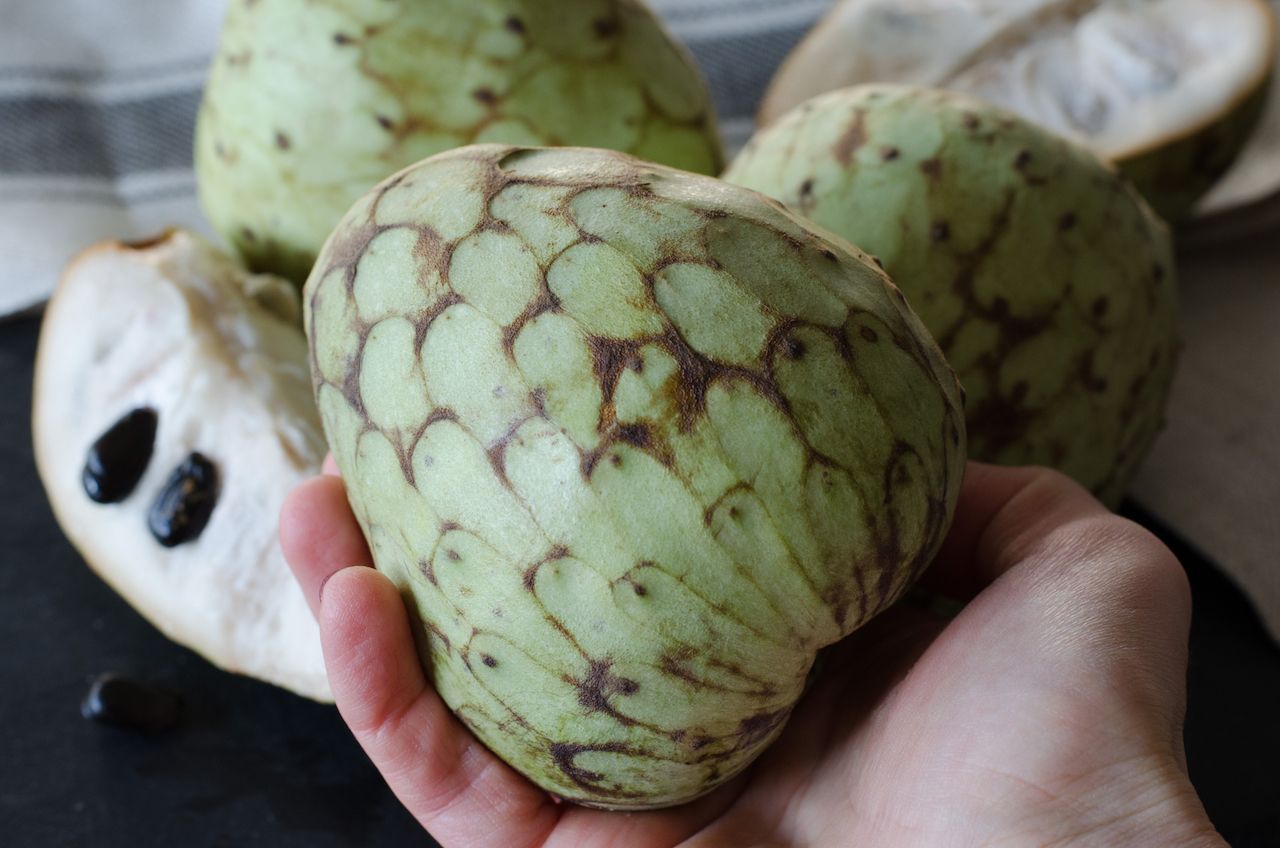 Mark Twain is often credited with calling this sweet, succulent fruit the “most delicious fruit known to men” and “deliciousness itself.” It has a distinctly tropical, pineapple-meets-papaya flavor and creamy flesh that can be scooped out with a spoon the way many of us eat avocados. Also known as custard apple, cherimoya is native to South America, from the highlands of Ecuador and Peru to Colombia, Bolivia, and Chile.

Where to buy it: LosAngelesProduce, Melissa’s 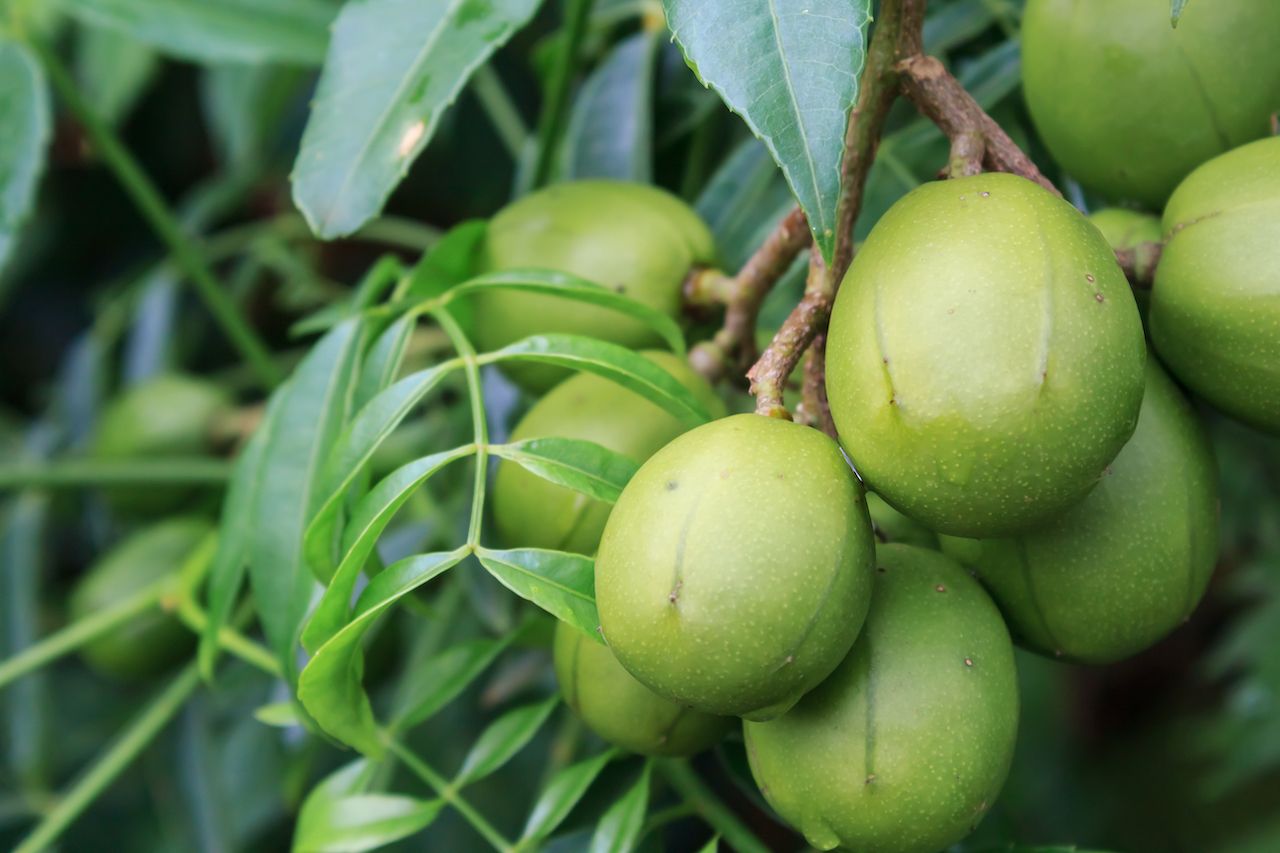 This tart, crunchy fruit goes by many names: June plum in Jamaica, ambarella in Sri Lanka, kedondong in Indonesia, jobo indio in Venezuela, frisiter in the Seychelles, and still others across tropical Africa, Asia, and the Americas. Similar to unripe mangoes, the fruit is hard and tangy, making it a nice addition to soups and stews, jams and preserves, sauces, and more. Mature leaves can be added to salad greens, and they can be used as a sour kick in seasonings when they’re young. 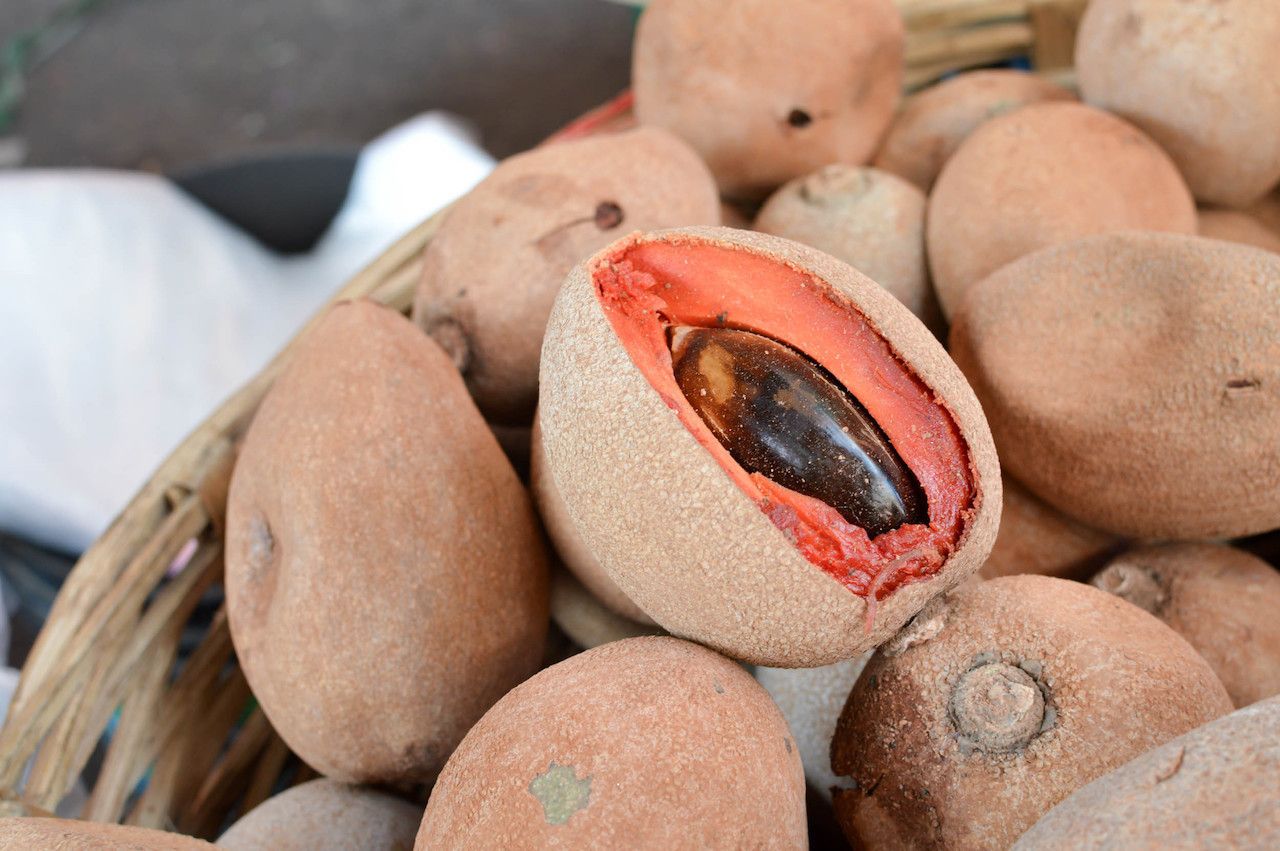 Mamey sapote looks a bit like a coconut from the outside and a papaya on the inside. Unlike either, it has a large black seed in the center that’s said to have hallucinogenic properties when boiled. Native to Central America and Cuba, mamey sapote straddles the sweet-savory line, with some comparing it to pumpkin pie. Others note hints of cantaloupe, honey, and almond. Often used in edible products like fruit bars and smoothies, mamey sapote oil is also commonly added to beauty products. 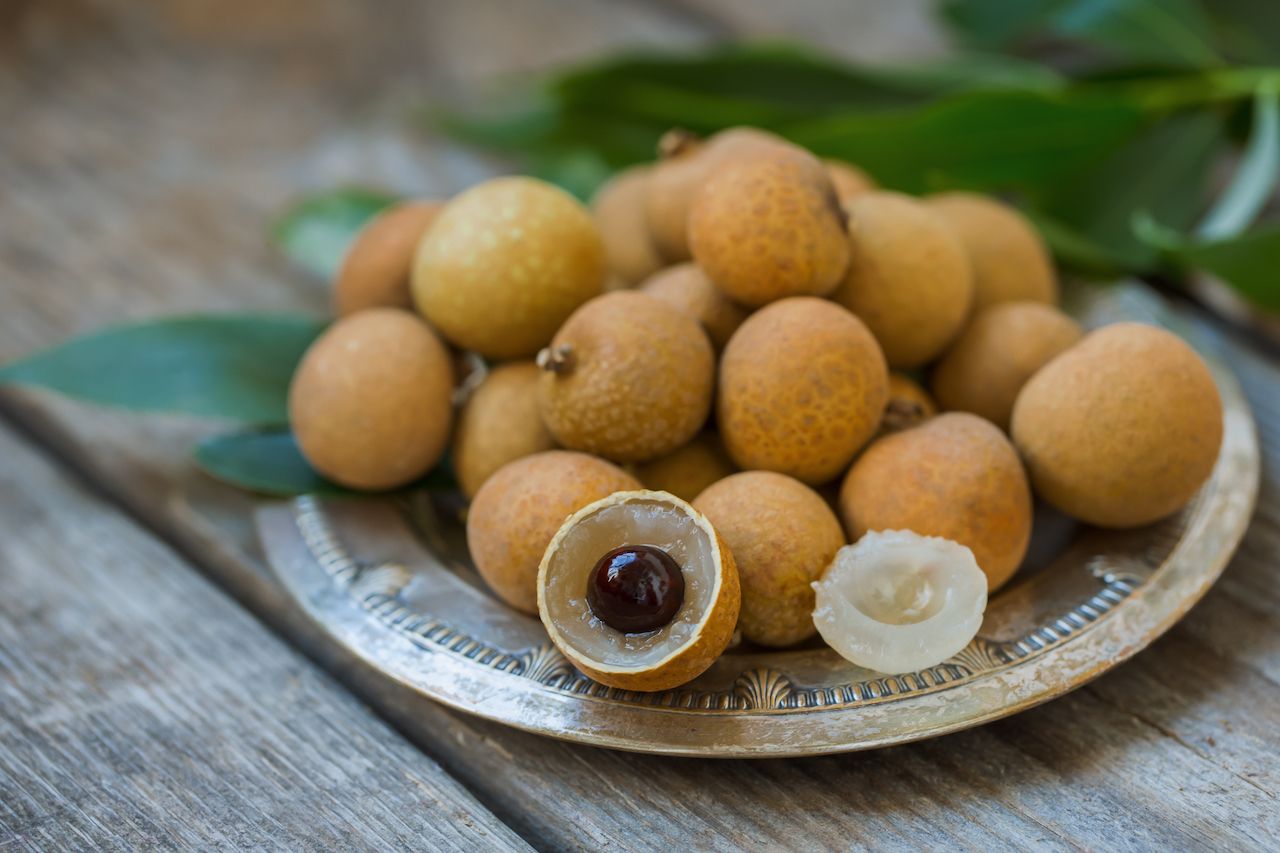 Longan is a relative of lychee and rambutan, all of which grow around China, India, and Southeast Asia. Like both, it has translucent white flesh that resembles a peeled grape beneath its tough tan outside layer. Longan is the tartest of the three fruits and the least juicy.

Where to buy it: Ecoripe Tropicals 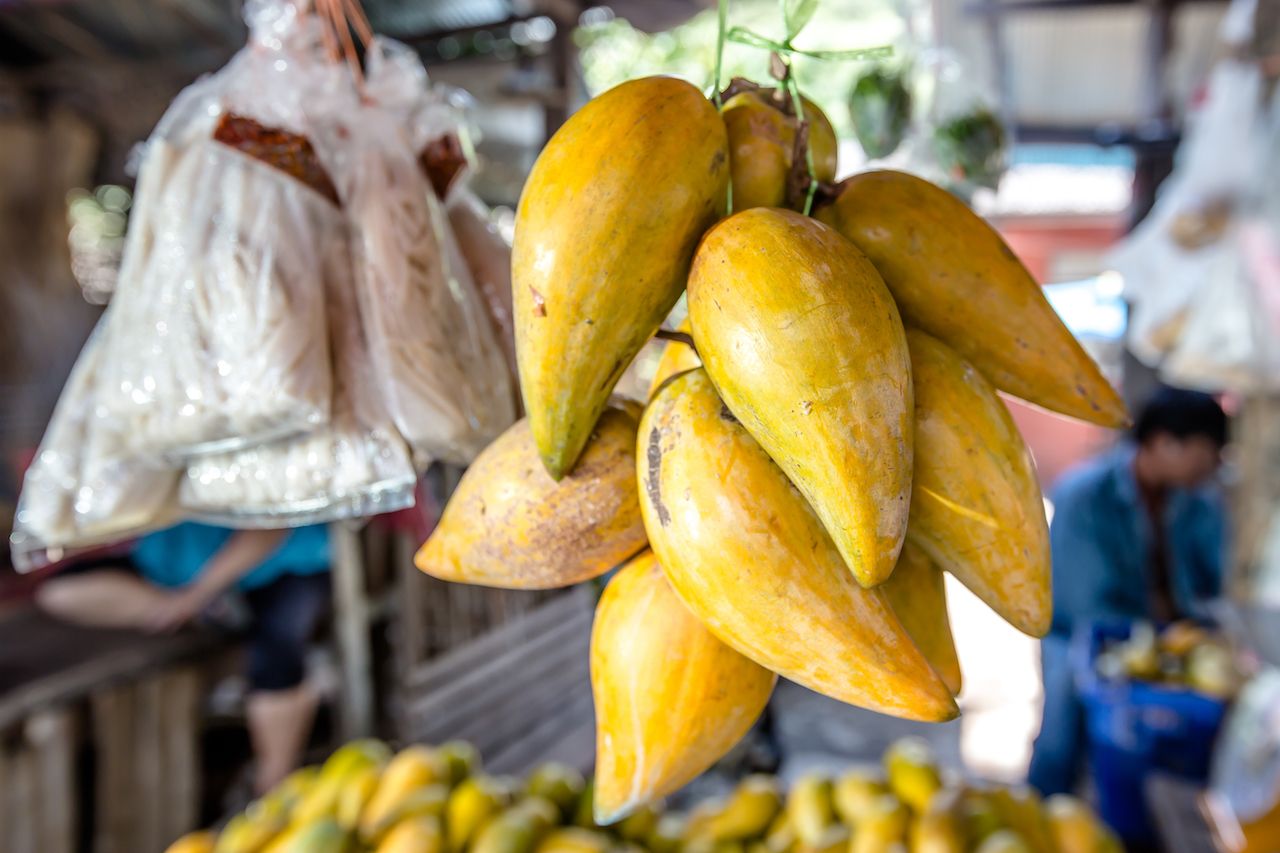 Canistel is native to southern Mexico and much of Central America, though it’s been successfully cultivated in South Asia, the Caribbean, Brazil, Nigeria, Australia, and even southern Florida. Size and shape vary greatly, with some cultivars round like oranges and others teardrop-shaped. Beneath the yellow-orange, slightly waxy skin, the flesh is sweet and soft like custard. Sometimes called eggfruit, canistel is often used to make juices, jams, sauces, sweets, and a thick beverage called “eggfruit nog.” 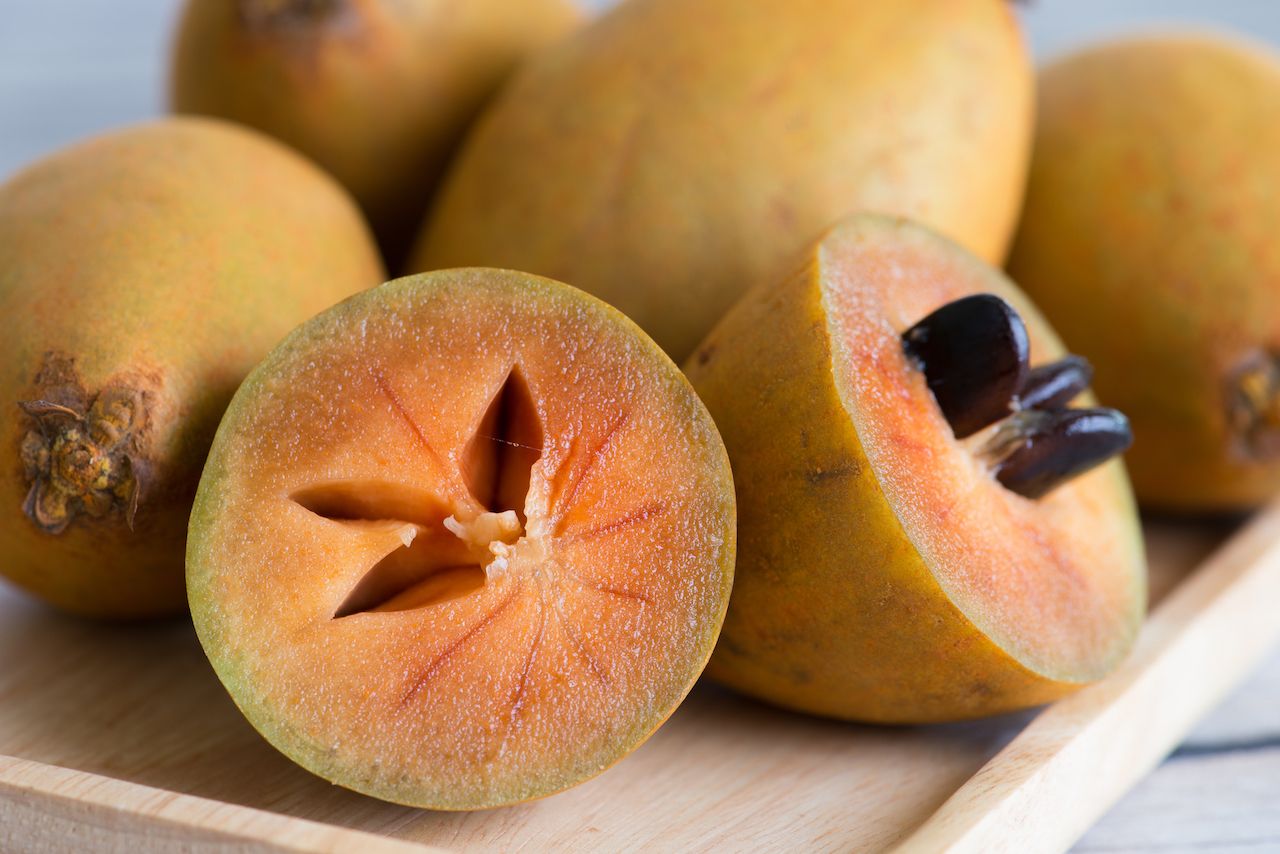 A malty, saccharine fruit, sapodilla has been compared to poached pear, both in texture and sweetness. The fruit is native to southern Mexico, Central America, and the Caribbean. The name sapodilla traces back to the Nahuatl word used to describe small, edible fruits: tzapotl. Since the Spanish introduced the fruit to the Philippines, where it’s called chico, sapodilla is also grown throughout South Asia. 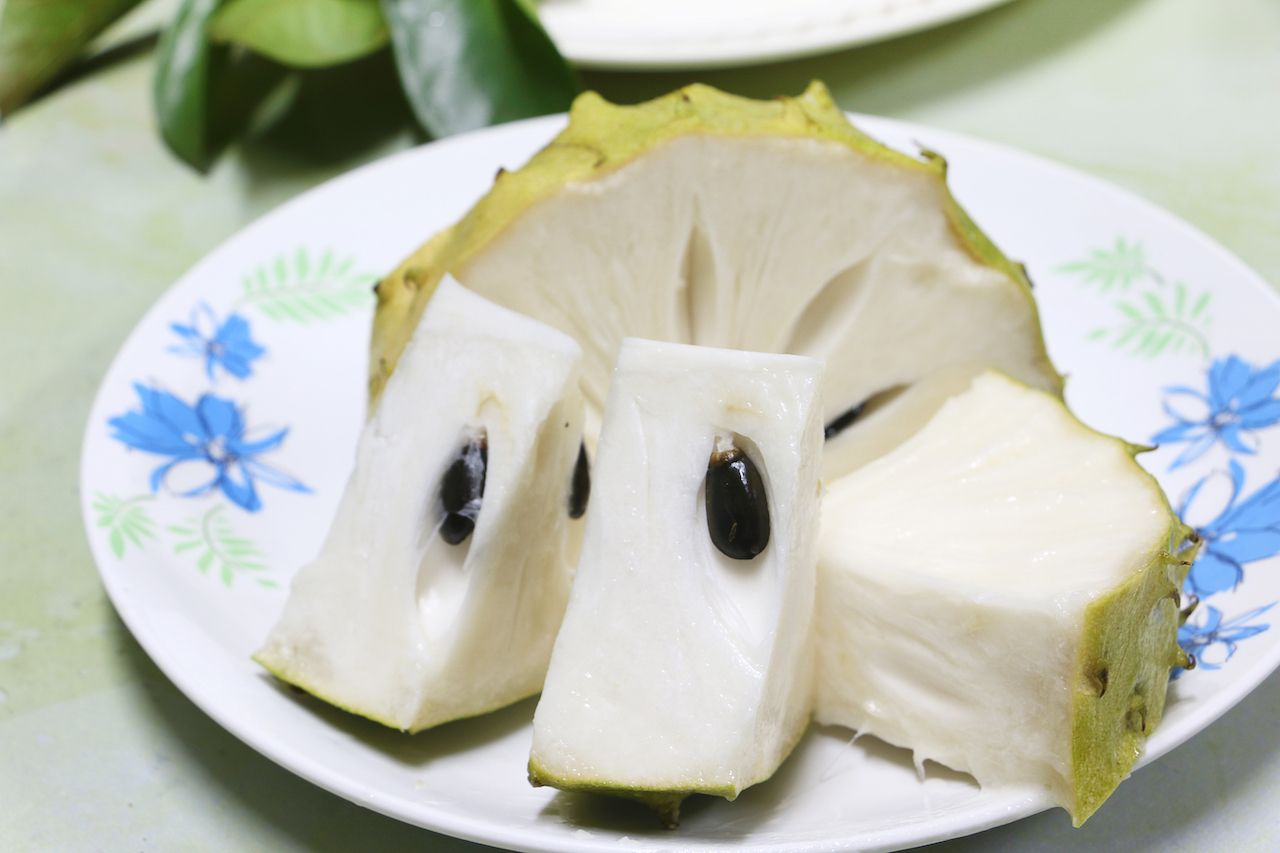 Soursop is relative of cherimoya that looks similar but tastes tarter than its tropical cousin, like pineapples mixed with under-ripe berries. It’s native to the Caribbean and Central America, known as guanábana or guyabano in Spanish, but it’s also cultivated in South America, Southeast Asia, and select parts of Africa. Soursop is rumored to have cancer-curing properties, a claim that’s been disavowed by experts.

Food + DrinkThe 9 Most Fascinating Fruits in the World and Where To Try Them
Tagged
Food + Drink Vegetarian
What did you think of this story?
Meh
Good
Awesome