A friend from New Brunswick once revealed to me the secret of his native province. “We have everything that all the other provinces have,” he said, “but we have it all in one place.” Indeed, New Brunswick does seem to have it all: beaches, mountains, islands, colorful cliffs, high tides, and charming towns and cities with local music scenes and fresh seafood. And it’s all contained in the tidy package that is Canada’s third-smallest — and only officially bilingual — province.

To put the size of New Brunswick in perspective, driving from the most southerly city of Saint John to the northern town of Campbellton takes about four and a half hours. Driving from west to east, say from the border at Houlton, Maine, to the beautiful, remote island of Miscou in the far northeast, takes five. Put simply, you can imagine New Brunswick as “five-by-five” in terms of driving size.

A week isn’t long enough to experience everything New Brunswick has to offer, but it’s a sufficient window in which to undertake an introductory road trip, so…motors ready! Stretch it, shorten it, or tweak it — here’s your itinerary for seeing the best of New Brunswick. 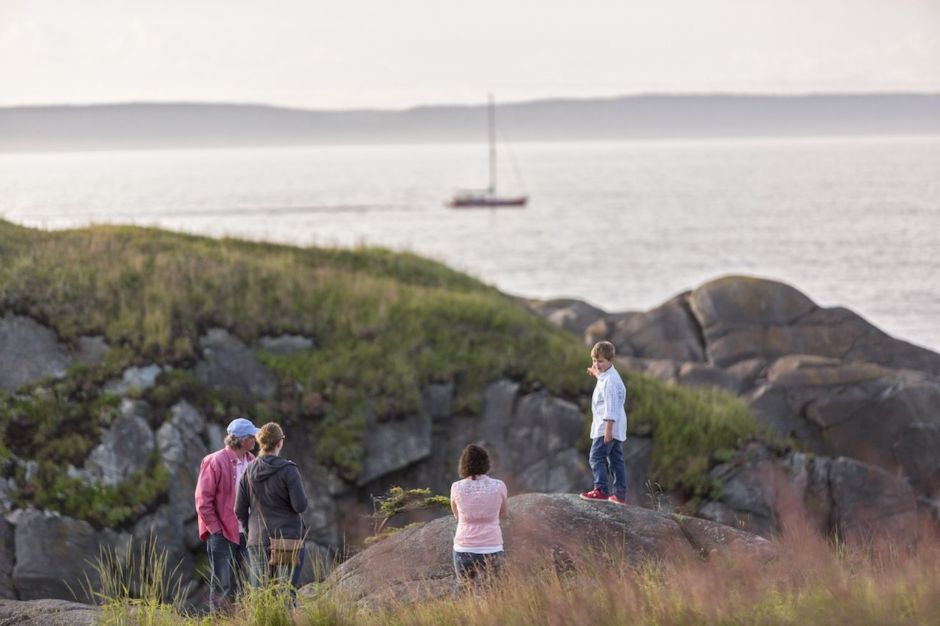 Begin your journey in Lubec, Maine, and cross over the Franklin Delano Roosevelt Bridge — and the international border — to Campobello Island. It might seem unusual to begin your Canadian road trip with a slice of American history, but the Roosevelt Campobello International Park is well worth a visit: This bucolic, rocky isle is where Franklin and Eleanor Roosevelt spent their summers. You can even have “Tea with Eleanor” at their summer cottage — one of the most impactful and highly rated experiences at the park.

Full of homemade cookies and tea, continue to the seaside resort town of St. Andrews, either by ferry (check the ferry schedule first!) or road (you’ll need to reenter Maine and cross at Calais). Check in at the Algonquin Resort, a grand old hotel filled with luxury and a few friendly ghosts — ask your concierge for a ghost tour if that’s your thing. For dinner, consider the elegant Rossmount Inn, whose restaurant was voted one of Canada’s Best in 2019.

Note: Don’t forget to set your clocks one hour ahead when you cross into Canada!

Day 2: Saint John and the Bay of Fundy 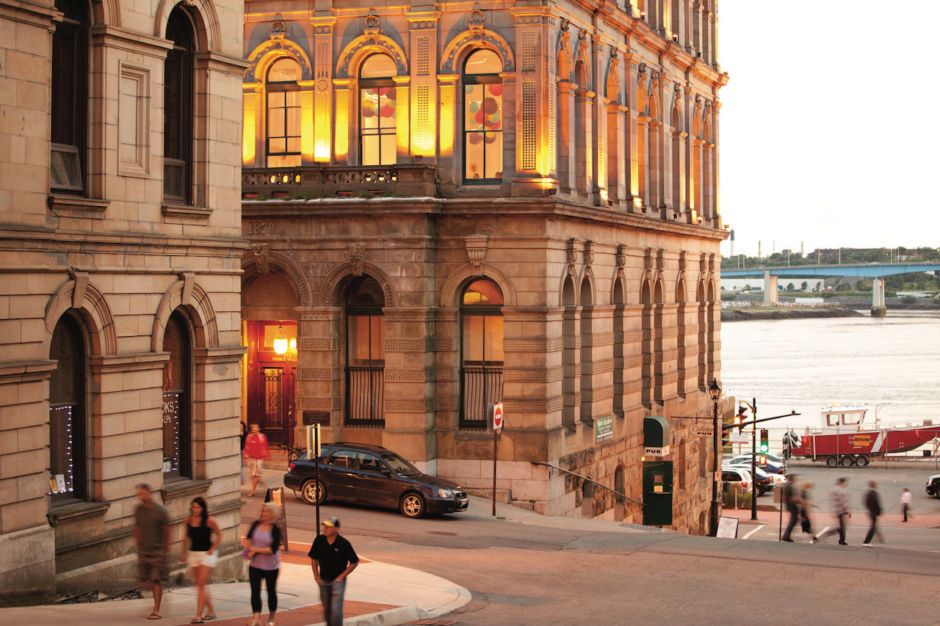 New Brunswick is famous for having the highest tides in the world. Twice a day, enough water to fill the Grand Canyon — twice — swishes in and out of the Bay of Fundy, a bathtub-shaped crevice separating the province from Nova Scotia. The Saint John River is one of the waterways that feeds into the bay, and at high tide the influx of seawater is so powerful that it actually counters the river’s flow, creating the famous Reversing Falls Rapids in Stonehammer UNESCO Global Geopark. The Skywalk in the city of Saint John is a great place to view the phenomenon.

Once you’ve witnessed the power of the tides, check out Irving Nature Park, a jam-packed spot where New Brunswick’s marshes, beaches, and forests all converge. There are plenty of hiking trails, seven miles of bay coastline, and a lookout tower with excellent views.

For some great eating, there’s at least a week’s worth of restaurants in Saint John that serve seafood chowder — including the Reversing Falls Restaurant — and that’s exactly what you should order. When you’re ready to turn in, spend the night at Chipman Hill Suites, a collection of nine Victorian-era mansions right in the Uptown District. 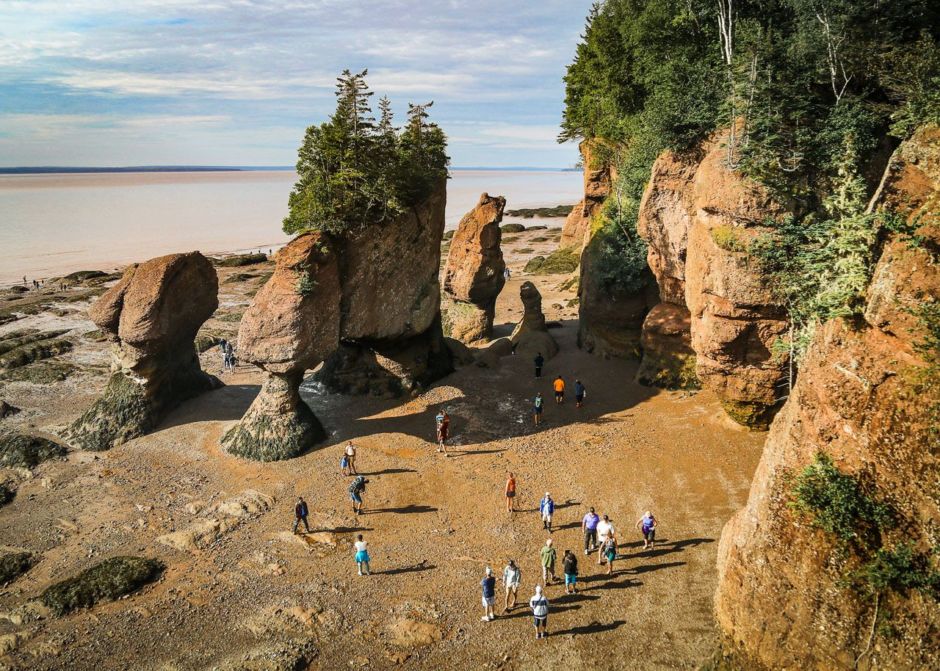 Head up the coast from Saint John and set off slowly along the Fundy Trail Parkway. Emphasis on the slowly — the 19-mile parkway winds through the longest stretch of wilderness coastline on the Eastern Seaboard and leads to the Fundy Biosphere Reserve. Leave plenty of time to enjoy the lookouts, short trails, and beaches along your way.

Once you come to the end of the 19-mile drive, retrace your route and then set the GPS for the charming village of Alma, gateway to Fundy National Park. This is Canada’s first national park, and it holds 75 miles of trails, waterfalls, mountains…the entirety of any national park bingo card. There’s so much to explore, you’ll likely want to spend the night in Alma or at one of the park’s campgrounds to maximize your time.

When you’re ready, your next stop is Cape Enrage. Along with its stellar name, it might be Canada’s most stellar view. Towering cliffs, a light tower, and several beaches make for some incomparable travel photos. But the jaw-dropping landscapes don’t stop there — just wait till you get to The Hopewell Rocks. Depending on the tide, these magnificent, enormous flowerpot rocks will either be halfway underwater or completely exposed — to the point that you can walk around them right on the ocean floor.

Finally, it’s off to the USVA Nordic spa on the outskirts of Moncton. You can’t hit the hay just yet — they’ve got a hot/cold Thermal Experience you’ve got to try. In the morning, fuel up at one of Moncton’s cute cafes before stopping to see the strange tidal-bore effect on the Petitcodiac River, aka the Chocolate River.

Days 5 and 6: Glamping on the Acadian Coast 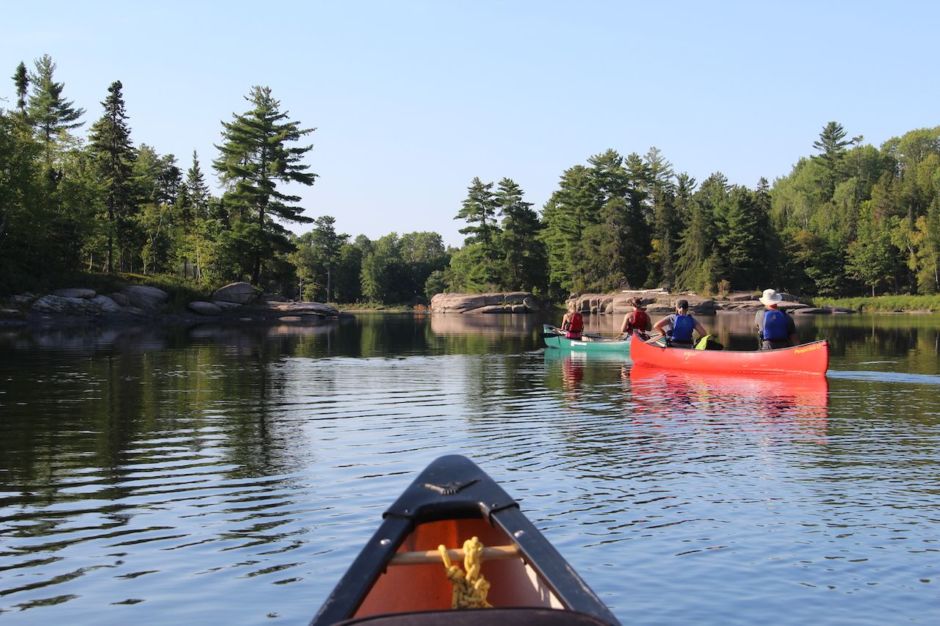 The next segment of your drive takes you along the Acadian Coast, home to the warmest saltwater beaches north of Virginia. Your destination: two nights of wilderness luxury at Cielo Glamping Maritime, a small complex of geodesic domes, aka “pearls,” set on St-Simon Bay in Shippagan.

Each quarter-translucent pearl — so you can see out while staying in — has a private, outdoor, wood-fired hot tub. If you’re feeling social, join fellow campers at the central meeting place, The Hub, for bespoke charcuterie boards with local cheeses, smoked herring, and paté, along with local beers (six on tap), spirits, or wine.

There are several attractions around Shippagan you’ll want to check out during your stay:

But whatever you do, be sure to while away an hour or two at Fils du Roy Distillery. Their London Dry Gin has got to be one of the best in the world (note the gold medals if you need proof). 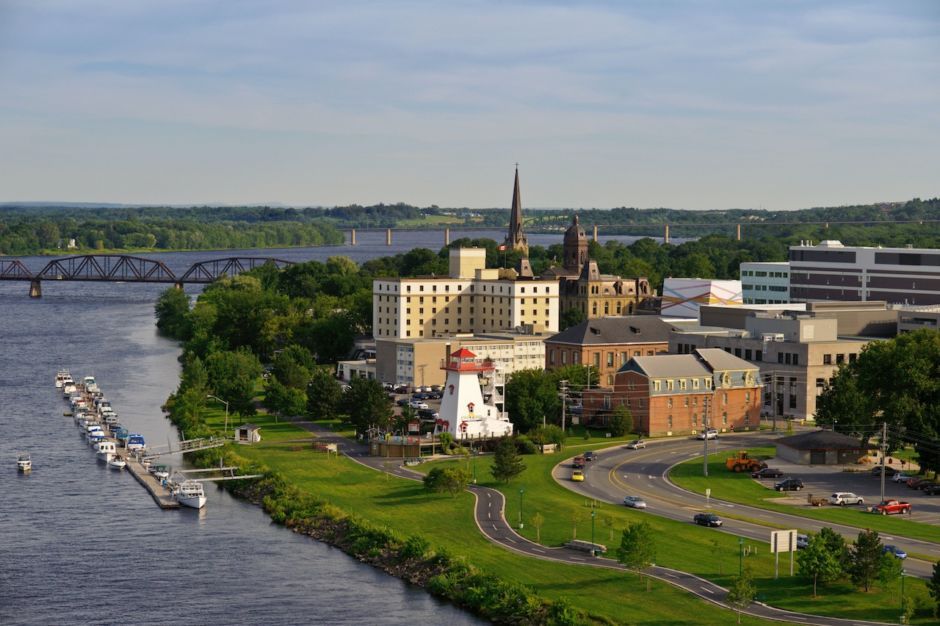 Your final day on the road takes you to the riverfront capital city of Fredericton, the province’s capital, on your way back towards the US. Your first stop should be Odell Park, a 333-acre section of old-growth forest in the heart of town. Join Cecelia Brooks and her son Anthony on the Wabanaki Tree Spirit Tour, a two-hour “medicine walk” through the park that explores the plants and mushrooms the Wabanaki have used for centuries.

Depending on what day of the week you visit, you’ll also find some of the province’s best markets in Fredericton. Stand-outs include the historic Boyce Farmers Market and the brand-new ECO Market, where you can peruse environmentally conscious arts and crafts, fresh produce, and zero-plastic products. A couple blocks away from Boyce, Beaverbrook Art Gallery has a different kind of art — a 3,000-strong collection of British, Canadian, and international masterworks. After your gallery tour, wander around the city center and its many cafés, bars, and small shops.

On your final evening in New Brunswick, head to York Street for an out-of-this-world cocktail and dining experience at 11th Mile. Co-owners Peter Tompkins and Jennie Wilson have been at the forefront of the culinary revolution here, and they love to talk about — and listen to — stories from their home province.

There are plenty of interesting places to stay in Fredericton, but the Delta and the Crowne Plaza are both reliable and close to the action. You’re going to need a good night’s sleep — it’s back on the road tomorrow.