Gone are the days of planning a ski or snowboard vacation without doubting whether or not the snow will be deep — or exist at all. Each year, we wonder if the resorts will be able to open in time for Christmas vacation, and skiers across the country watch as the epic snow storms we were promised shift to rain. As glaciers continue to recede, so does our beloved ski season. In a world torn over what to do regarding climate change, one thing is for sure — skiing requires snow, and there is less of it than ever. But all hope is not lost. Here are a few things you can do to increase your chances of booking a steep, deep, and powdery ski vacation. 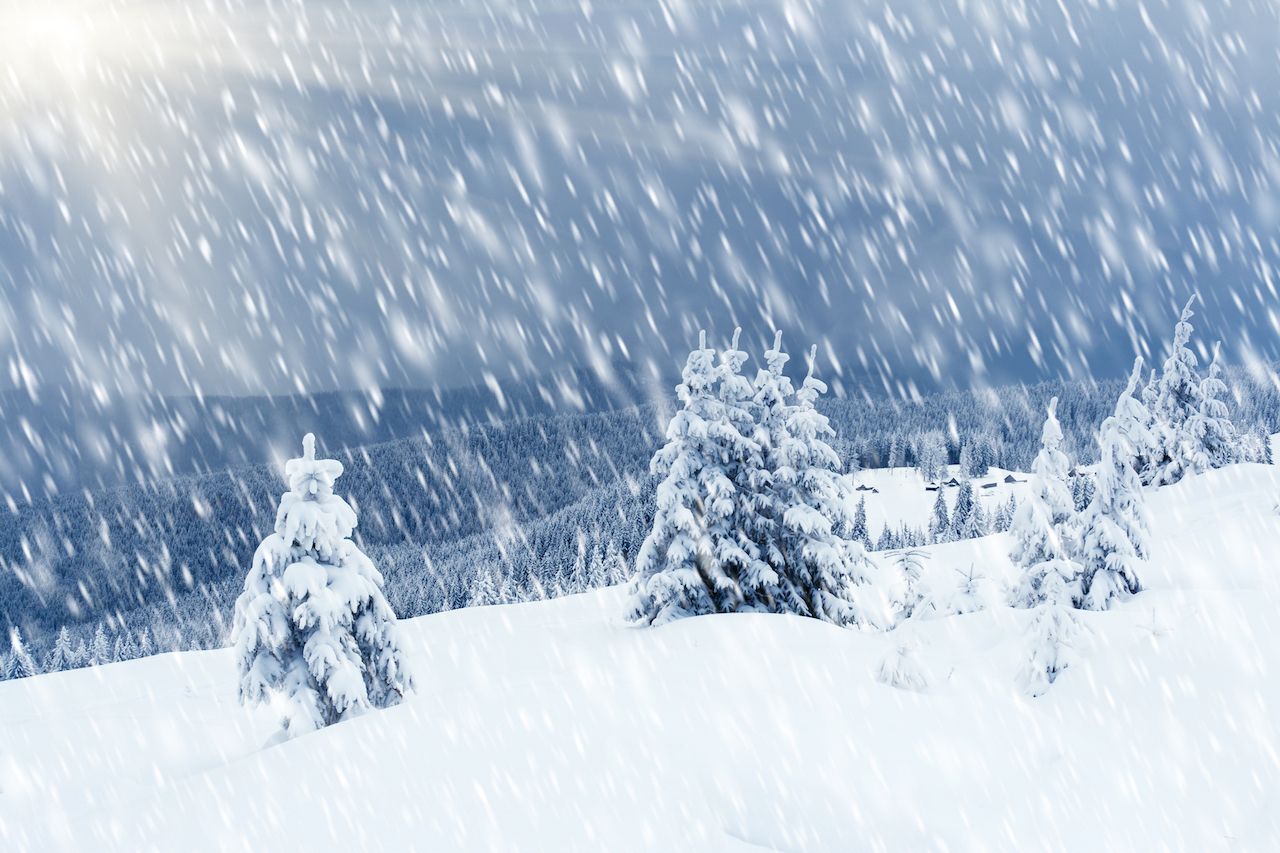 Well, studying may be a bit excessive, but at least take a look. While I wouldn’t base my daily wardrobe on it, the Farmer’s Almanac makes a long-term prediction each year based on recurring weather patterns and how they have affected each season historically. Claiming an 80-percent accuracy rate, the Almanac predicts what type of season can be expected in different regions of the country. 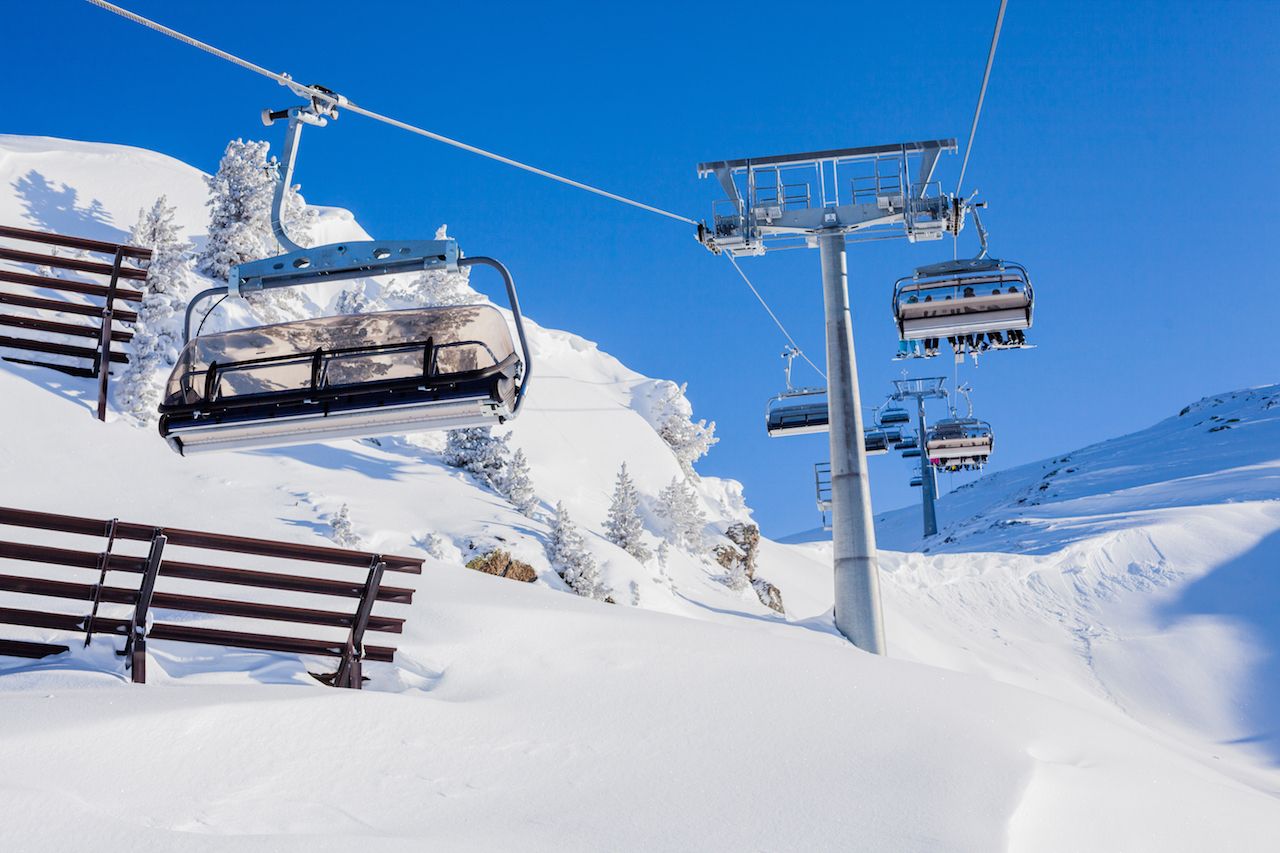 Ambient air temperature decreases at a rate of three to five degrees Fahrenheit per 1,000 feet of elevation gain. Put simply, the higher a mountain’s elevation, the colder it will be. And the colder it is, the more likely precipitation will be in the form of snow. Mountains with a base area that is higher than surrounding resorts are usually a better bet in areas where snowfall is uncertain.

In California’s Lake Tahoe area, the elevation of Kirkwood at its base is 7,800 feet with a peak altitude of 9,800 feet. Meanwhile, Squaw Valley is 6,200 feet at its base, topping out at 9,050 feet. While both mountains have historically averaged over 500 inches of yearly snowfall, Kirkwood is known for its light, fluffy snow — given its higher elevation and colder temperatures. This will matter even more in winters to come. 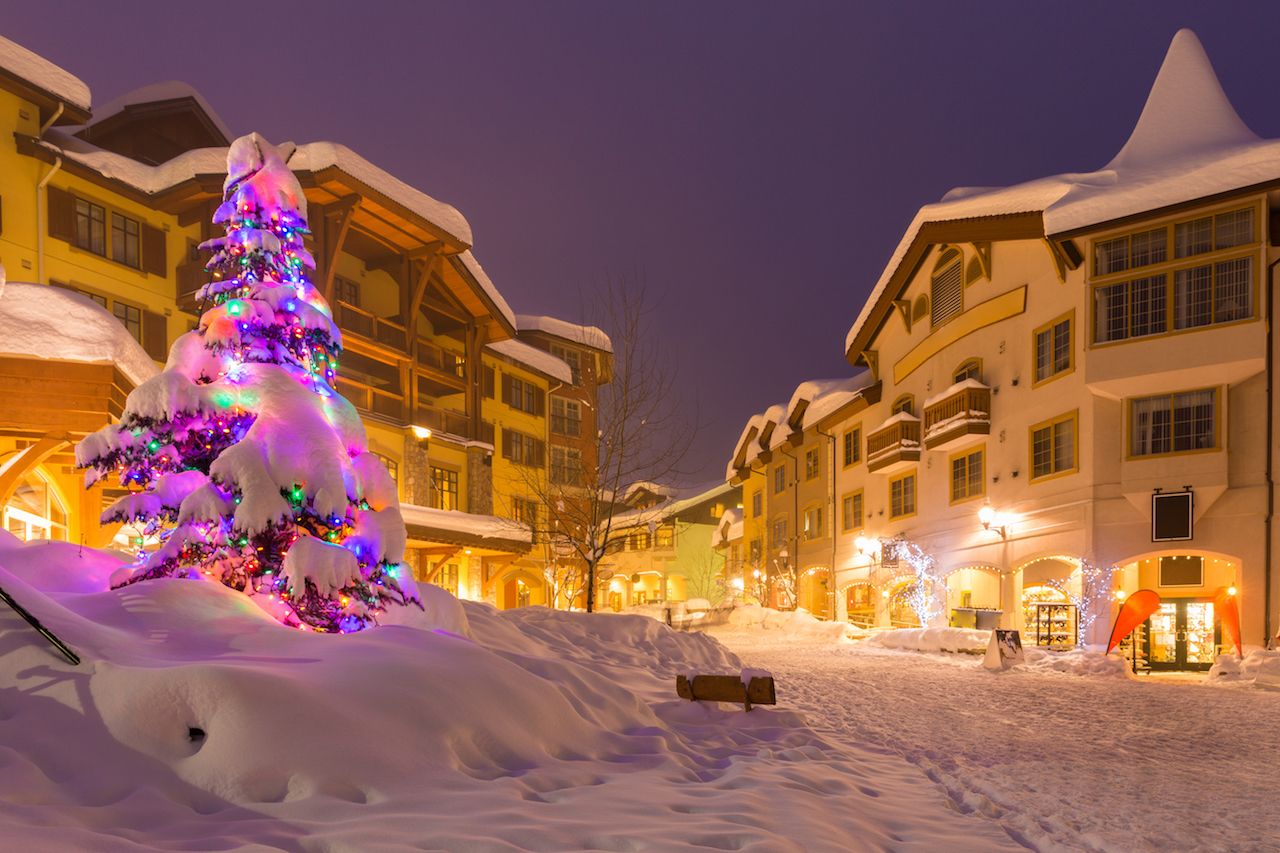 There was once a time when ski resorts across the US would open consistently in time for Christmas — and often much earlier than that. Unfortunately, this is no longer the case. While some mountains do strive to open as early as possible (Sunday River in Maine often shoots for Halloween), many ski areas have been just barely scraping by during the peak vacation week.

In order to ensure that you won’t be fighting your way down the “white ribbon of death,” plan your ski trip so that it falls between mid-January and the end of March. Chances of some natural snow and skiable glades will also be higher during these months. Colorado’s Arapahoe Basin usually stays open well into spring, so it’s a better bet for late-season snow. 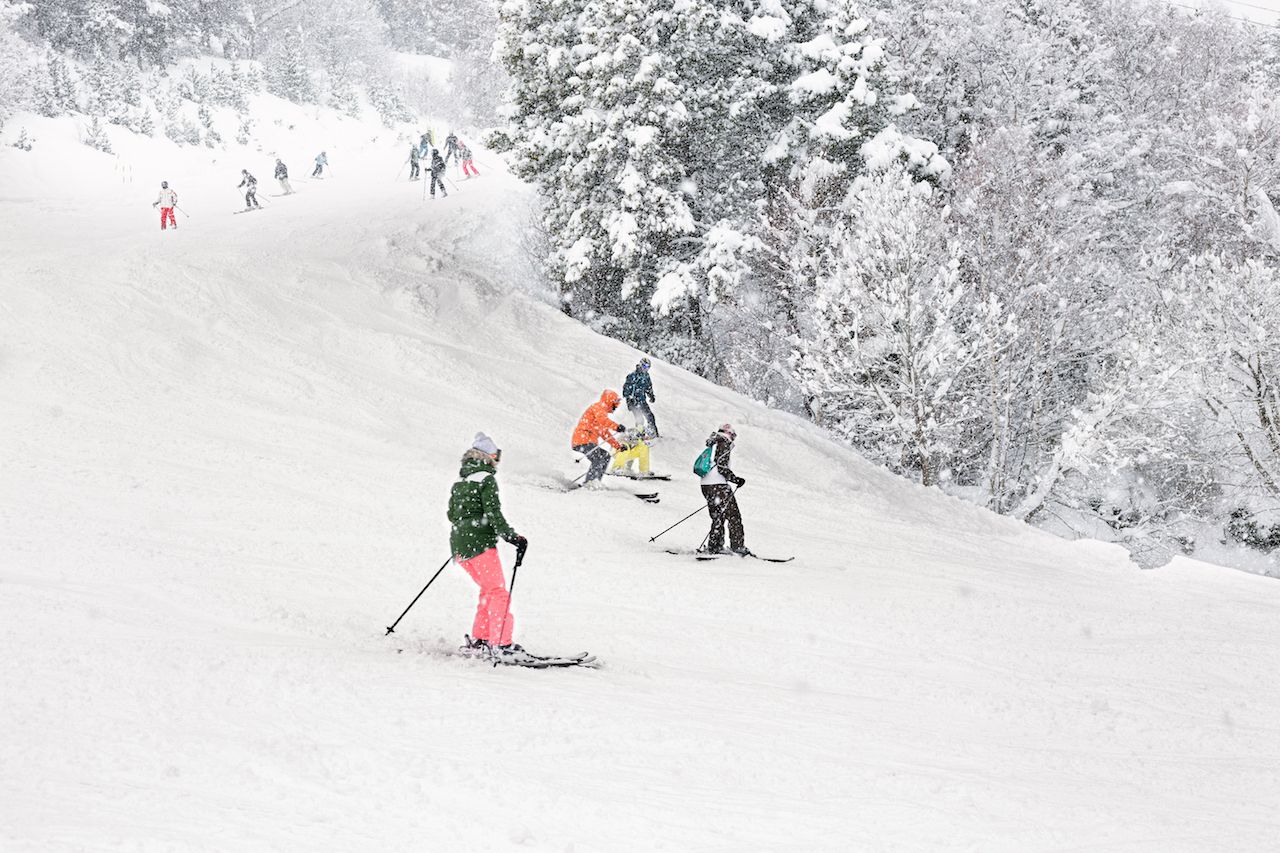 Regardless of whether or not some people are willing to admit it, some places simply get more snow than others. In the Northeast, Vermont ski areas such as Stowe Mountain Resort and Spruce Peak, as well as Jay Peak, get more. Out West, Mount Baker and Stevens Pass always seem to get dumped on. And in the center of the country, we snowboarders hate to admit that Alta — which is only open to skiers — tends to do pretty well for itself.

Of course, Washington State gets more snow than Pennsylvania. But if Pennsylvania, which has over 20 ski areas, is where your ski trip is taking you, at least check out each mountain’s average annual snowfall to help make an educated decision as to where the thickest snowpack will be. 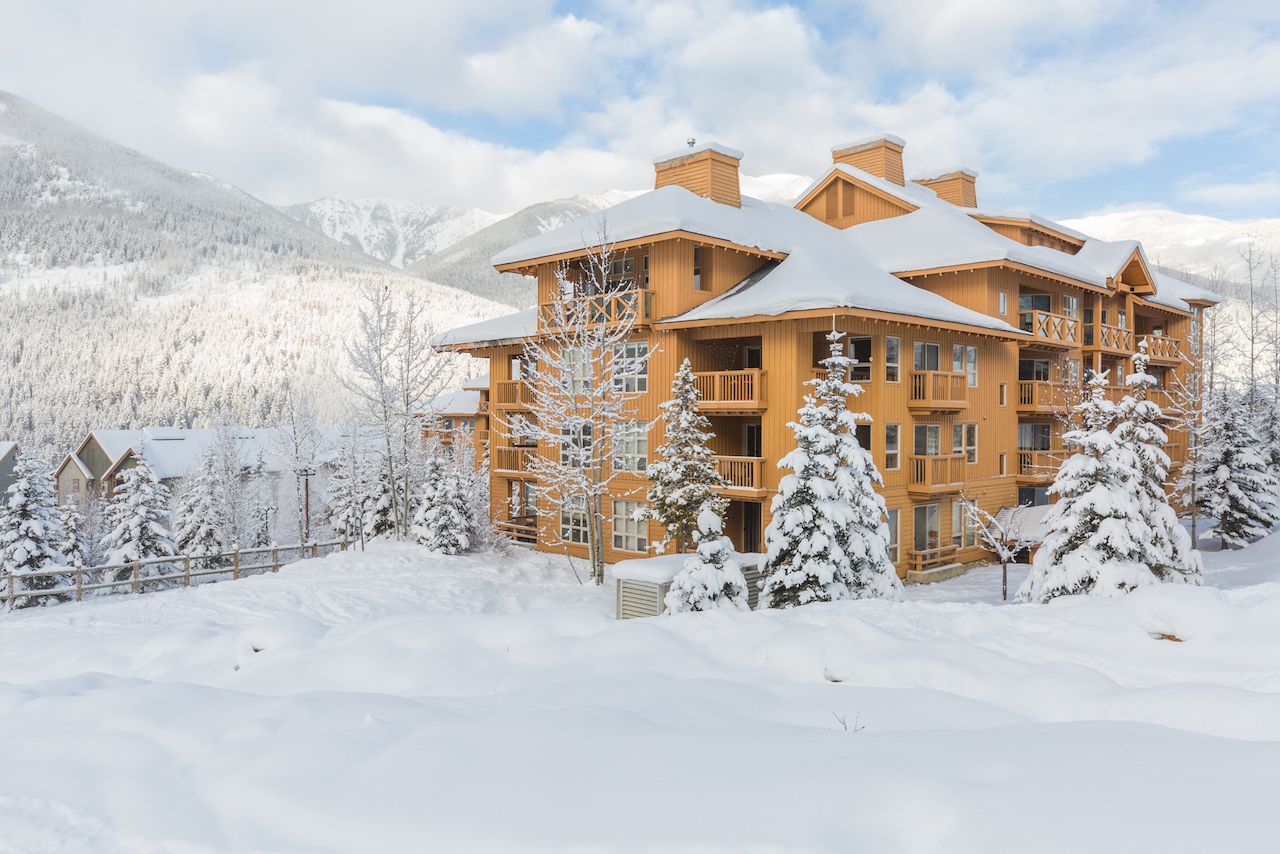 When making your ski plans, check that you can cancel or modify your flight and hotel reservations ahead of time without additional fees. Book with airlines that are easier to cancel. Southwest Airlines, which flies into ski hubs like Denver and Salt Lake City, has fairly friendly cancellation policies — as long as you book a flexible ticket.

Check the cancellation policy of ski lodges in the area; those policies may be as important a factor in choosing where to book as whether or not it has a hot tub. Even though cancellation policies tend to be stricter in resort areas, it’s worth researching closely. When you’re looking for a ski condo, Airbnb offers a range of cancellation policies for each property — from flexible to super strict. Note that sometimes you can find that same condo listed on other sites, like HomeAway, with more favorable cancellation terms.

Also, consider other ski-related reservations you may want to make. If you’re putting kids in ski school, be sure those classes are refundable. At Whistler Mountain, ski and snowboarding lessons are fully refundable 48 hours before they begin — and transferable to other days if made within that window.

Skiing is heavily dependant on weather, which is extremely finicky. While not everyone has the luxury of last-minute planning, it can be very beneficial — albeit risky, should everyone decide to rush to the same snowy destination at the same time. Pick a few destinations, keep your eyes on the forecast, and count on apps like Open Hotel Alert, which can tell you when a room at a lodge of your choice has opened up. The longer you can wait before committing to a definitive plan, the better your chances of finding that blower pow.