It’s effortless to envision the world in which we travel as a paradise worthy of our footprint. But there comes a time when every explorer must face the ecological issues that plague our planet in real time. When you’re shrouded in a smoky haze amidst the dry, dusty streets of Northern Thailand, that problem becomes impossible to ignore.

Smoke season in Northern Thailand is something a lot of travelers intentionally bypass. Meanwhile, expats flee the region like swarming cicadas, waiting to return until the monsoon season comes to wash away the forest and crop fires that surround. Other adventurers are unaware of the haze that comes each year until they’re in it and try to stick it out until the pollutants finally push them out. Whether you’ve accidentally found yourself planning a trip in the dead of smoke season or you’re trying to plan around it, here’s everything you need to know about smoke season in Northern Thailand. 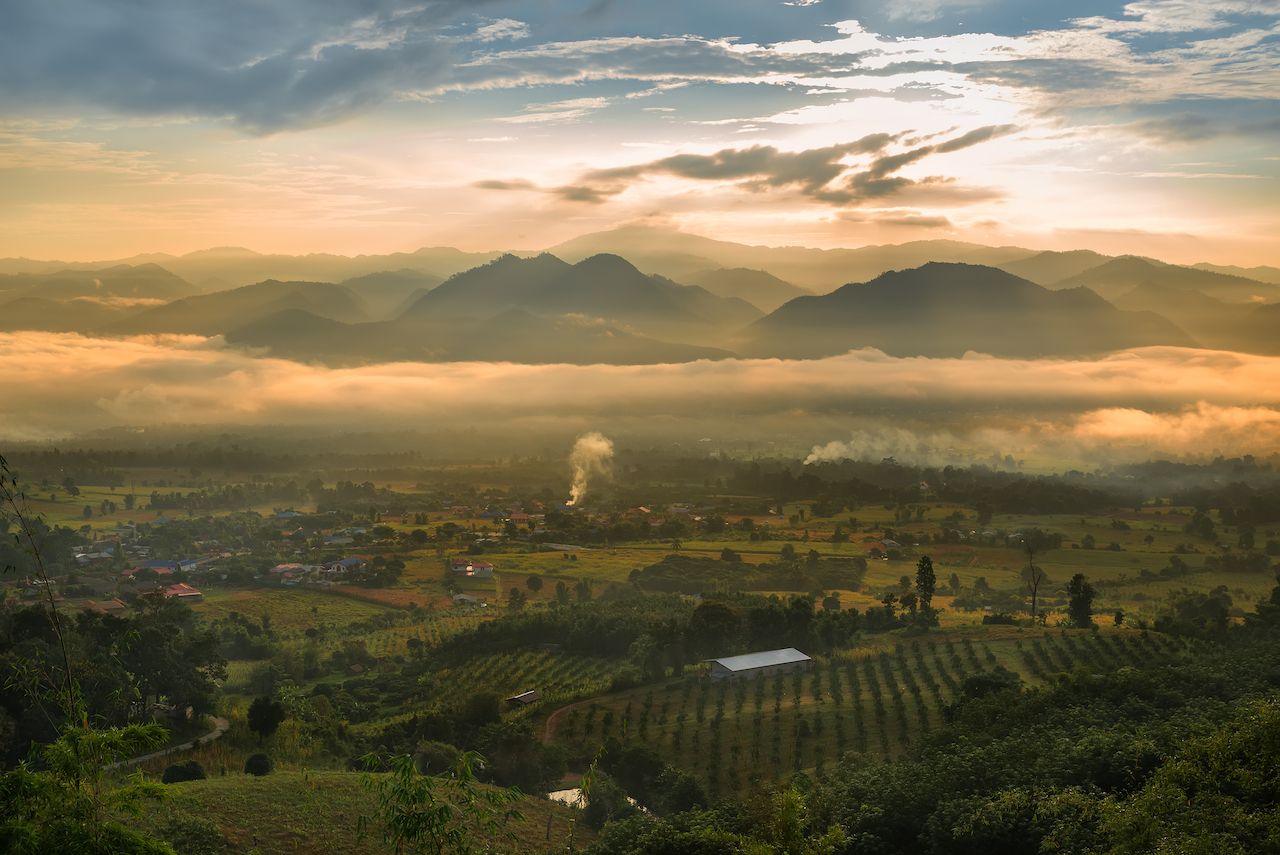 The majestic, mountainous Pai region in Thailand’s north is stunning regardless of what time of year it is. The sun rising over the veined Pai canyon, the water buffalo grazing beside the babbling river of the same name — it’s all a bucolic scene worthy of a visit. However, when the rain halts for the season and the river dims its splash, smoke from farmers shedding their crops begins to set in. For a few weeks in March and April, the pollution levels in these regions near the maximum rating of 500 on the AQI Scale issued by the US Environmental Protection Agency. Add natural and man-made forest fires to the mix, and haze often overtakes the area beginning in late February.

In the cities of Chiang Mai and Chiang Rai, and further north in the Mae Hong Son province, smoke season is a real thing, and pollutant-protecting masks are there to prove it. Chiang Mai — home of Doi Suthep, North Gate Jazz Co-Op, and a number of other tourist-friendly attractions — was named the worst air quality in the world for weeks in March of this year. Sometimes, the fires burn in the hills overnight, giving the morning a hazy hue and ashy aroma.

How it starts: burnt fields across multiple borders 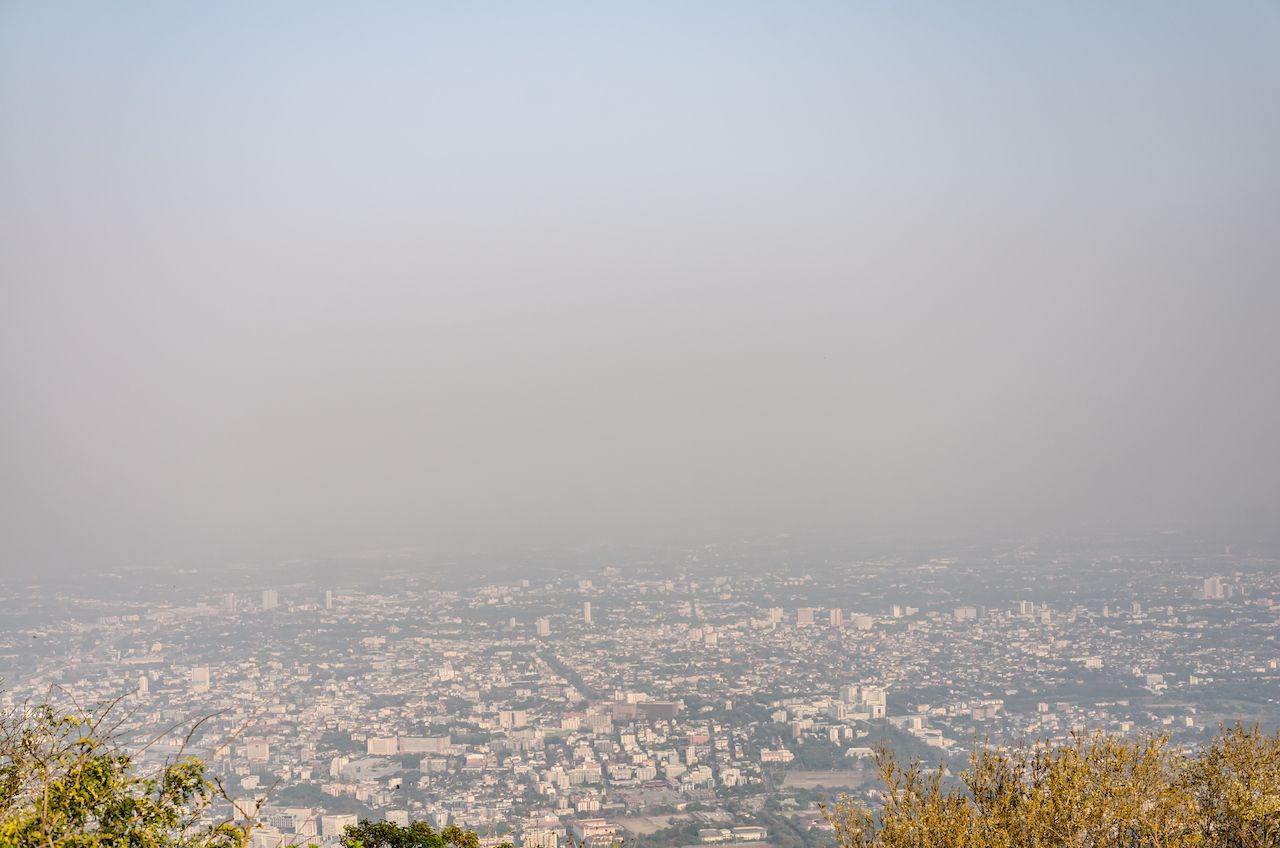 Thai farmers burn their rice and other leftover crops during the dry season to clear the land. So do their surrounding neighbors in Myanmar and Laos. Through Global Forest Watch, an online fire tracker, anyone can pose witness to the forest and crop fires burning amidst this perfect border-bound storm as they occur.

As of March 1, 2019, burning crops in Thailand became outlawed, but according to the forest fires I saw across the valley as I sat along the Pai river this March, it’s a rule that doesn’t seem to be strictly followed. Throughout the month, as I ventured into different regions of the north, the haze continued to build.

The smoke never dimmed the shine of a thick bowl of khao soi, nor did it make banal a splendid (however smog-shaded) sunset. But beautiful and enriching as northern Thailand may be, I eventually chose to ditch the north altogether, having spent enough time breathing through a pollutant-filtering mask and feeling my sinuses clog up unwillingly.

The further south you head, the less the fires blaze. Even in bustling Bangkok, where motorbikes and smoke-spewing songthaews (truck taxis) reign supreme, the air quality index was rather calm compared to its northern provincial relatives, though a haze still hung in the air. By the time you make south it to Surat Thani or the islands of the Chumphon Archipelago (home of the famous Full Moon Party, Koh Phangan), you may just realize that the cold that’s been dragging on was really a physiological reaction to too much pollution, and all is now well and good. 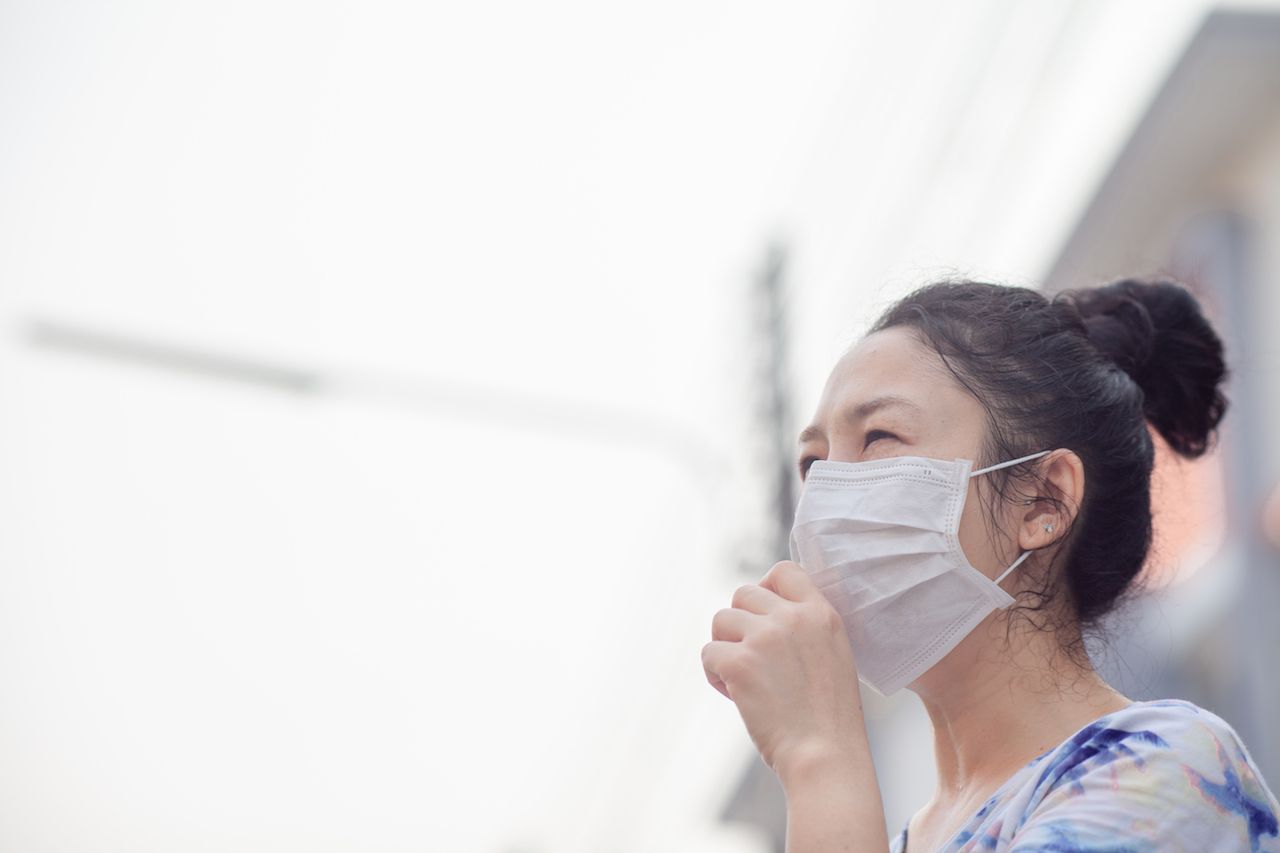 Burning fields is something that’s been going on in Thailand for centuries. Because these farmers typically don’t have big machinery to pull out roots and start anew each season, this minimizes the time and effort the laborers have to spend in the fields. Locals from packed places like Old Town, Chiang Mai as well as secluded regions like Ban Rak Thai, Mae Hong Son cannot just leave for the season. They must stick it out, ingesting harmful pollutants year after year, waiting at long last for the rains to come and rejuvenate the air.

The recent ban on crop burning is complemented by efforts to increase awareness on the harmful effects of heightened air pollution. Many areas across northern Thailand host seminars, hang signs, and spearhead funding for farmers to begin to develop alternatives. There’s even a short film called Smoke that lays about the health effects of living amidst dense fire pollution.

But as of 2019, air pollution is still a very big problem in the area. Wearing a mask in public places is commonplace and recommended. Pharmacies often run out of filtered masks, leaving tourists to peck their heads into every outlet until they can find the mask they’re after. Be sure to stock up before you leave your home country if you’re set on toughing out the haze.

Smoke season aside, northern Thailand is a splendid locale. Immeasurably welcoming hospitality, peaceful spirituality, and a landscape as varied as the cuisine all define this region. I will forever remember the sun rising over the Pai Canyon, not a soul in sight — though I will remember it tucked behind a haze as I watched with a mask donning my awestruck face.

How to eat mu kratha, one of Thailand’s best-kept secrets

8 things to consider before buying travel insurance during a pandemic

Why destinations hit by wildfire need visitors to recover, and when it’s ok to visit

How airport lounges are evolving in the era of social distancing

Can we trust negative COVID-19 tests as a green light for travel? We asked a travel doctor.