Until this weekend, it seemed the pandemic would lead to a sliver of a silver lining: less-crowded airplanes.

Multiple US airlines had promised to book fewer passengers per plane and leave middle seats open. American Airlines stated it would block “50% of standard middle seats.” JetBlue pledged to sell fewer seats on most flights, and Southwest Airlines said that health measures would include “limiting the number of passengers onboard.”

Delta announced it would cap its seating at 50 percent in first class and 60 percent in its main cabin through June 30. And two weeks ago, United sent an email to customers, telling them, “We’re automatically blocking the middle seats to give you enough space on board.”

Yet as people start traveling again, the reality of on-board social distancing is looking a bit different. That became clear on Saturday when Ethan Weiss, a UCSF cardiologist, flew back to California with a team of doctors who’d spent the last few weeks working at New York City hospitals.

Weiss tweeted a selfie of himself on a packed United Airlines flight. His comment: “I guess @united is relaxing their social distancing policy these days? Every seat full on this 737.”

I guess @united is relaxing their social distancing policy these days? Every seat full on this 737 pic.twitter.com/rqWeoIUPqL

This was not what Weiss had expected given United’s email that had promised otherwise and which Weiss shared on Twitter. Before landing, Weiss tweeted again, saying “people on the flight are scared/shocked.” He added, “This is the last time I’ll be flying in a while.”

Weiss’s tweet was liked by over 28,000, shared nearly 10,000 times, and republished in multiple outlets. That got United’s attention.

United replied to Weiss yesterday, he said. He tweeted that the airline clarified that if passengers’ flights turned out to be fuller than anticipated, United would allow those customers “to rebook on a different flight… or receive a travel credit.”

While Weiss seemed satisfied with the United’s “gracious” reply, questions remain. Will airlines keep middle seats open, or won’t they? 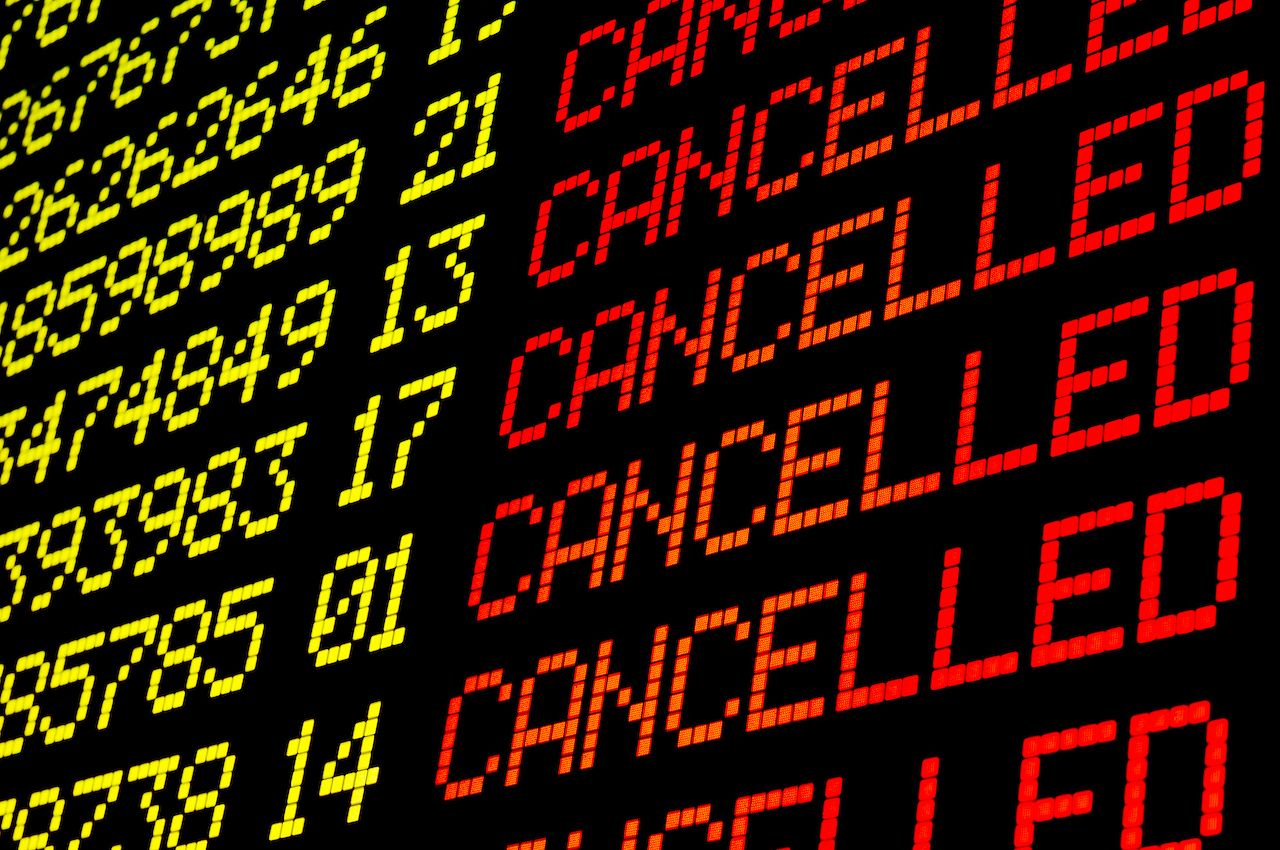 Given that air travel has fallen off a cliff, dropping 98 percent over the previous year, it seems it should be easy to keep planes uncrowded. It wasn’t that long ago that social media was awash in images of desolate check-in kiosks, deserted airports, and nearly empty aircraft cabins. According to the trade group Airlines for America, the average domestic flight had only 12.5 passengers on board last month.

So why was Ethan Weiss’s flight so full?

It turns out that all the empty planes have led to a lot of canceled flights — with airlines operating minimal flights to many destinations. All those canceled flights means more passengers on the planes that are still in operation.

As United said to the doctor, “because our schedule is so reduced (we’re only operating a single flight a day in some destinations), there are a small number of flights where our customers are finding planes fuller than they expect.”

In fact, airlines can’t fly forever with so few passengers without raising ticket prices significantly. International Air Transport Association, a trade group representing airlines, said that airlines need to fly at 77 percent capacity to break even, leading to the association to come out against social distancing requirements on airplanes. 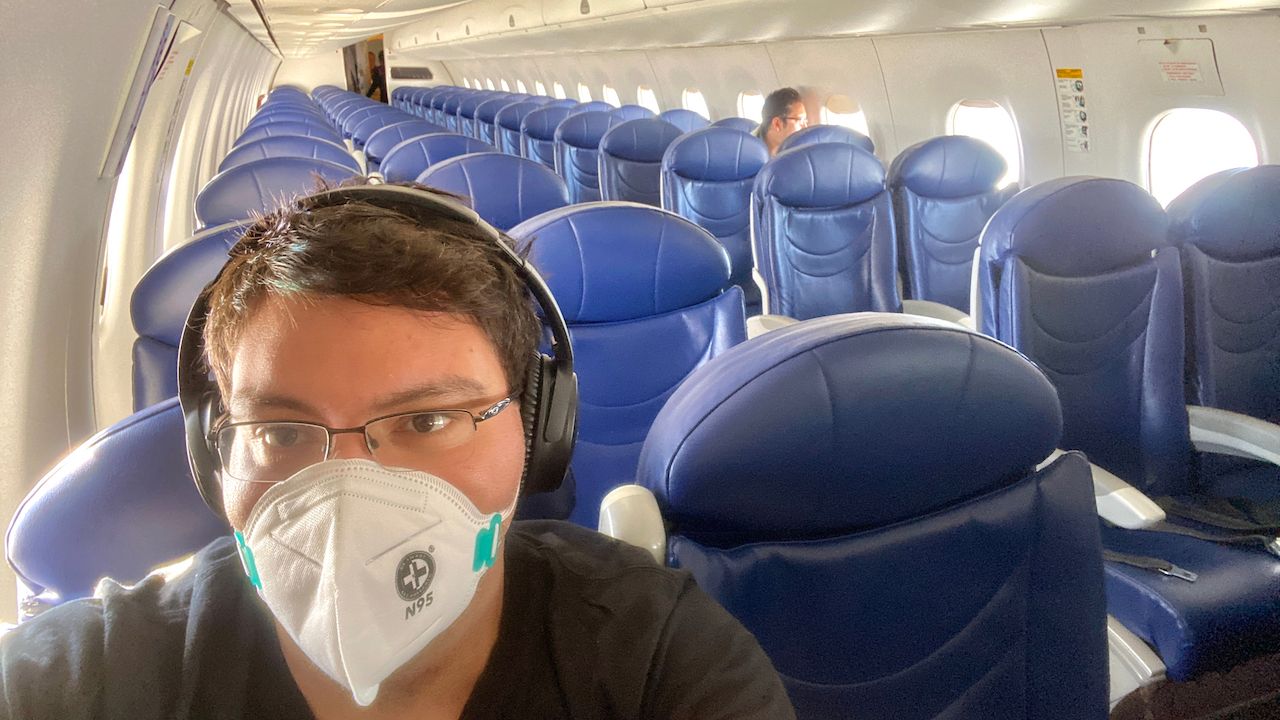 As part of their federal bailout package, airlines have to keep old routes open. Unless they earn an exemption, airlines must keep flying to all the destinations they served before March 1 — although they can consolidate airports in an urban area. These “ghost planes” come at a cost not just to the environment but to the airlines themselves. Even though there are hardly any planes over Europe at the moment, the situation is different in the US.

With the expense of flying empty planes added to the financial squeeze airlines are already experiencing, filling seats with passengers who are willing to pay for them may be hard to resist.

While Frontier Airlines intended to charge passengers for the security of having an open middle seat, it had to pull back from that plan after pushback and complaints from lawmakers. But it looks like airlines may still have some discretion to fill those seats — regardless of passenger preference. American Airlines has said that while it will strive to keep middle seats open, and it “will only use those seats when necessary.” It didn’t define what “necessary” means.

United, for its part, will try to give passengers advance notice if their flight will have more passengers than they expected. The airline said, “we’ll do our best to contact [customers] about 24 hours before their departure time so they can decide whether to adjust their plans before they arrive at the airport… and we’ll provide this option at the gate, if more than 70% of customers have checked in.”

“We’ll do our best” doesn’t sound like a legally enforceable guarantee, but if you are very uncomfortable about flying, you could try rebooking at the gate, as United has offered. If you did that, though, you’d have to deal with the additional hassle of going to the airport more than once — so it’s a call you’d have to make based on your comfort level.

What you can do now 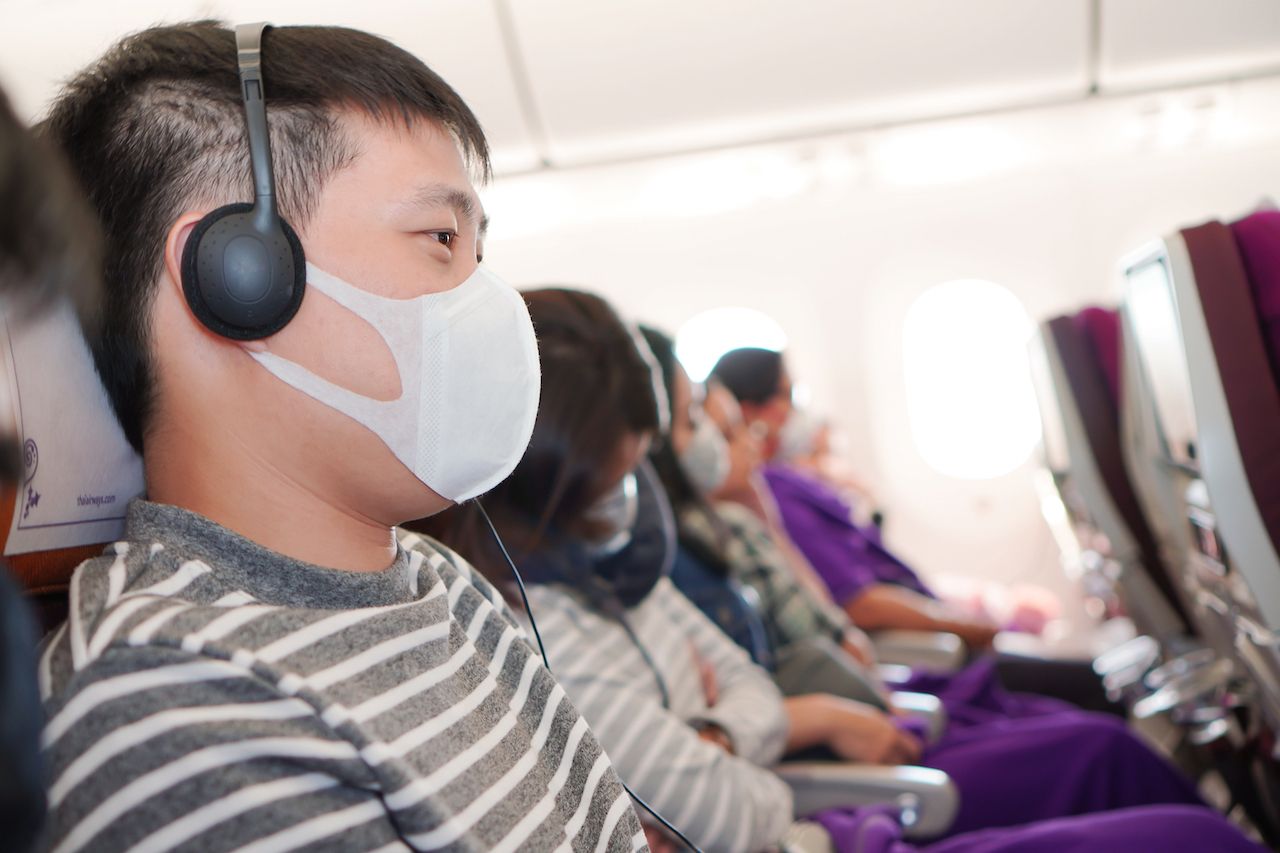 Photo: Lek in a BIG WORLD/Shutterstock

For now, there are still things you can do to stay safe. For one, most airlines are asking their passengers to wear a mask. The latest airline to announce a mask policy was Spirit Airlines, joining United, Delta, JetBlue, American, Southwest, and Alaska.

Several airlines have also announced changes to their boarding procedures to enforce more social distancing and have reduced or eliminated in-flight service on some flights. Southwest, for one, will not offer food or drinks on short-haul flights.

All airlines use HEPA filters, which do remove a lot of contaminants from the air. And don’t forget to wipe down the area around you, including the touchscreen in front of you, with disinfectant wipes. And use that hand sanitizer. Often.

NewsWhat Are Airplane HEPA Filters and Do They Make Cabin Air Safe?
Tagged
Airports + Flying
What did you think of this story?
Meh
Good
Awesome