I FOUND IT. In a truck stop toilet at 2 AM near the town of Alta, on the northwest coast of Norway. I was contemplating sleeping on the floor of the cubicle, as it was warm and dry. It offered sanctuary from the -2°C temperature and constant snowfall. I couldn’t feel my hands. I had no more clothes to put on. The other option was a bivouac in my sleeping bag if I could find a suitable ruin to shelter in. I laughed to myself; adventure isn’t as glamorous as they make it out to be. I was miserable. I had found the “spirit of adventure”, but it was not what I had expected. 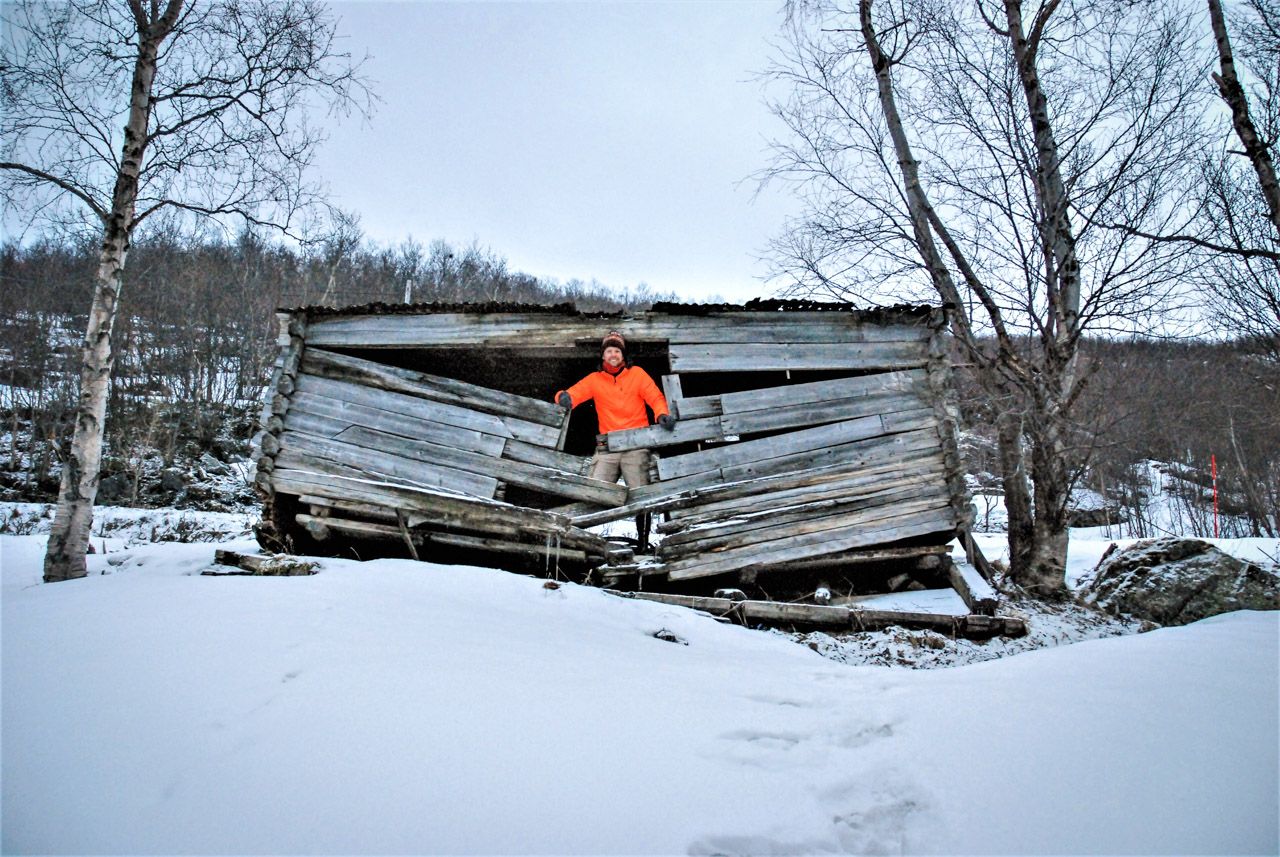 In the end, I made camp in a comfortable ruin. I bivouacked that night watching the snow drift through the broken slats of what passed as the front wall. I didn’t have a working stove as gas wasn’t allowed on the plane ride in. Shops this far north were few and far between, and often closed as it was not peak tourist season. All this meant I couldn’t cook hot food, so was condemned to 3 days in freezing conditions eating peanut butter sandwiches and a few bags of dried fruit and nuts.

I couldn’t melt snow for water so I was forced to sleep with bottles of snow wedged in my sleeping bag so it would melt from my body heat. The next day, I spent 30 minutes waiting under a particularly productive icicle refilling those bottles. 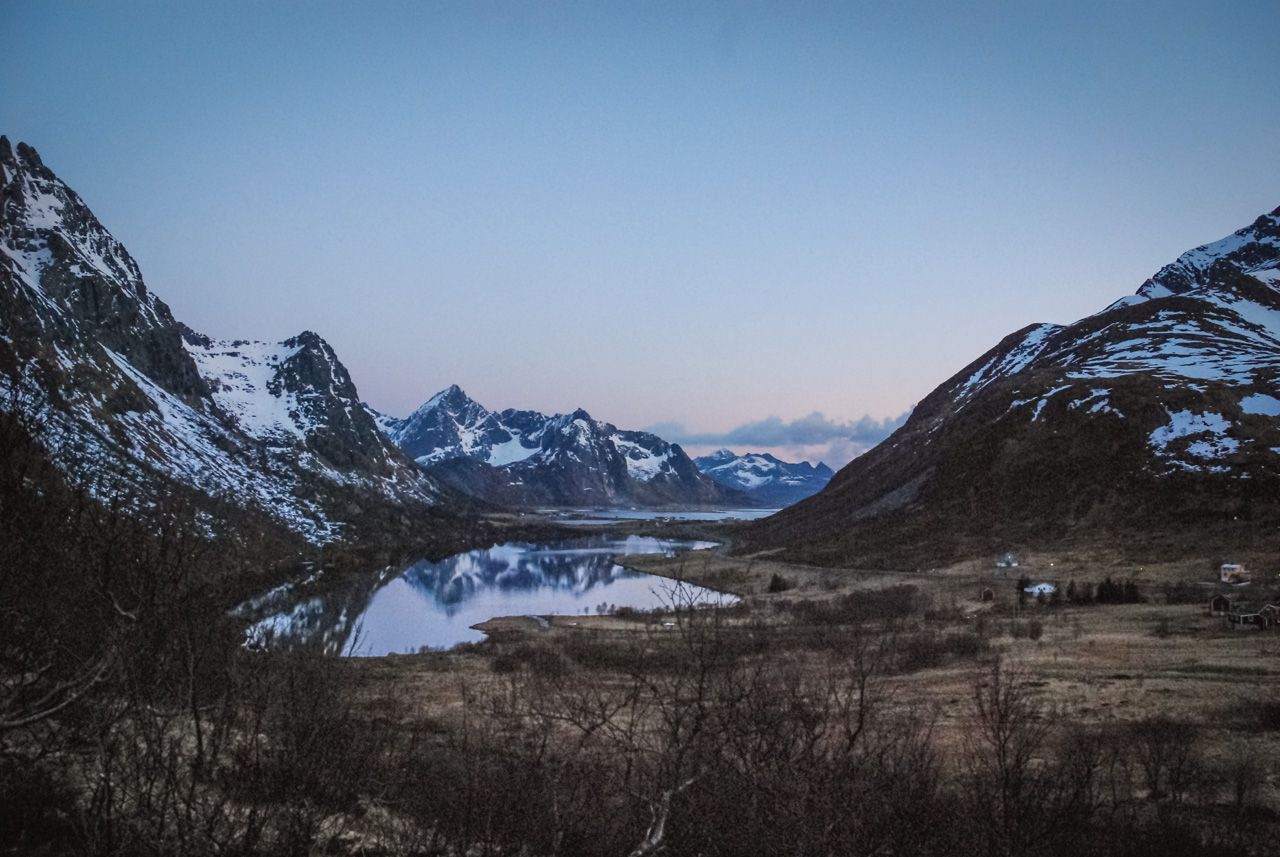 All of this occurred within the first 2 days of my trip cycling solo from Alta to Oslo in Norway. My route took me through Arctic Norway to the Lofoten Islands, down the Helgeland Coast to Trondheim, and across the mountainous inner region back to Oslo. I gave myself 19 days to accomplish this. The plan was to cycle over 100km a day without any rest days. This was a woefully unrealistic expectation. 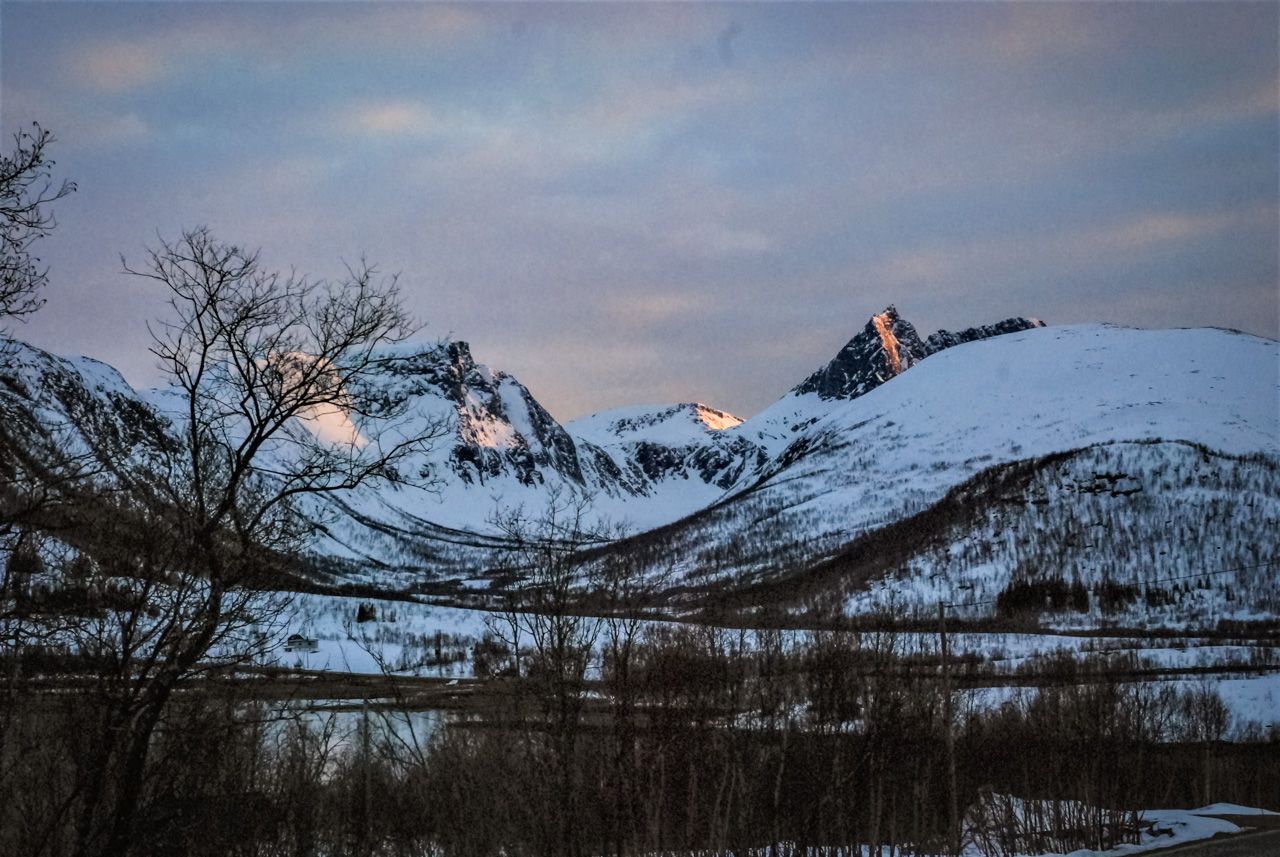 On the second day, I completed 2 mountain passes. I cycled the first one and pushed my bike for 3 hours on wobbly legs through the second one. On the way, a friendly snow plough driver warned me of an impending snowstorm. It hit me right at the summit. 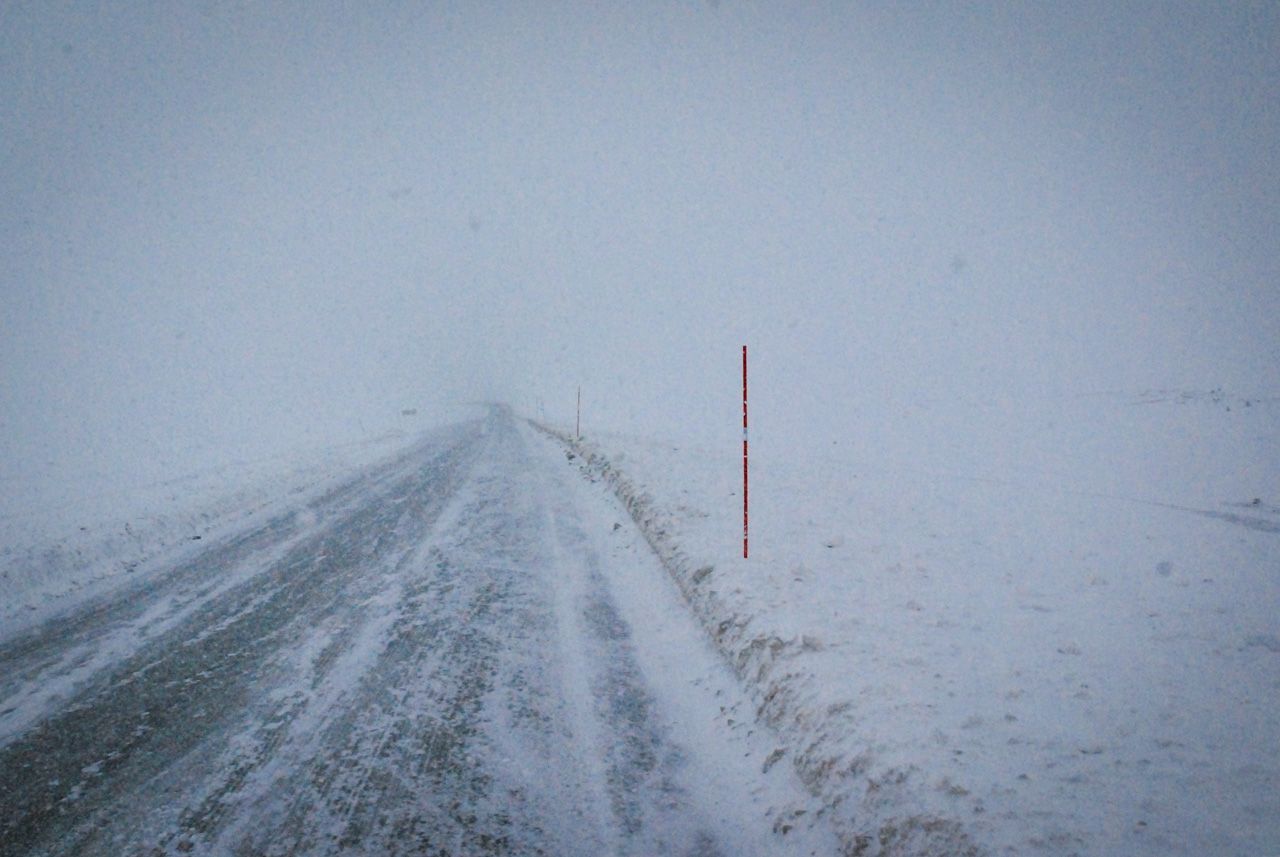 The temperature dropped to -8°C. My water bottle froze, my brakes froze, my gear froze, and goggles froze all within 1 minute. I ungracefully slid down the mountain on a useless bike. The road was barely visible as the snow had now covered what tarmac remained. At the bottom, my hands had frozen into a claw shape. As blood returned to my hands, the pain was incredible. I cried out in agony and even shed a few tears as I leant over my handlebars thinking about what I had just done.

The lowest temperature I experienced was -8°C while the highest was 24°C in Oslo. Packing supplies for this huge temperature range was terribly difficult, as was making them fit into 3 panniers. I used my mother’s old bike that had been gathering dust in the garage as I couldn’t afford a new road bike. It only had 10 gears and 5 of those didn’t work. There were no front panniers so all the weight had to be placed on the rear wheel. I opted for traditional alpine camping methods to save room, but deep down I think I wished for a difficult experience. 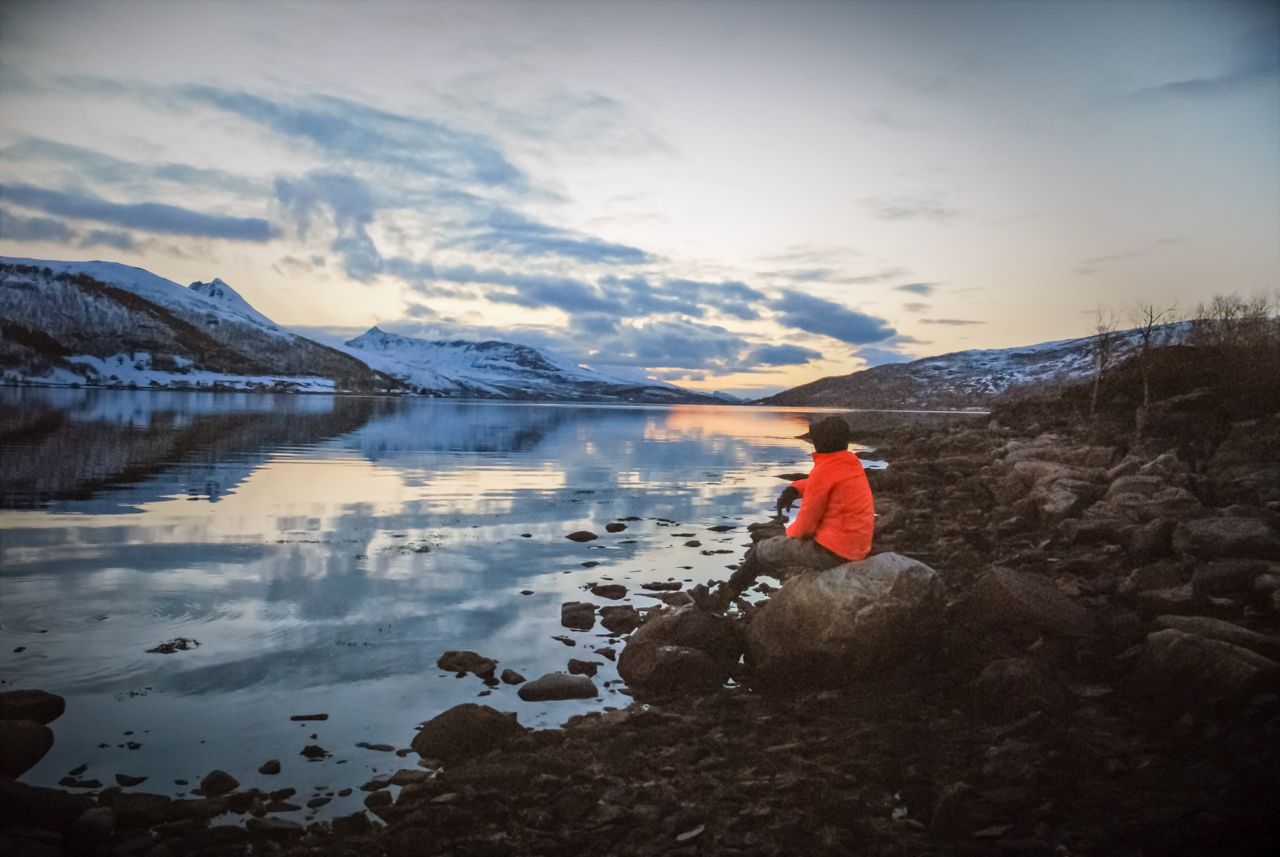 I wanted to test myself and learn my own capabilities. Having now completed the trip, I can say that I have never felt more alive, free, and fulfilled than during those 3 weeks of solo cycling. 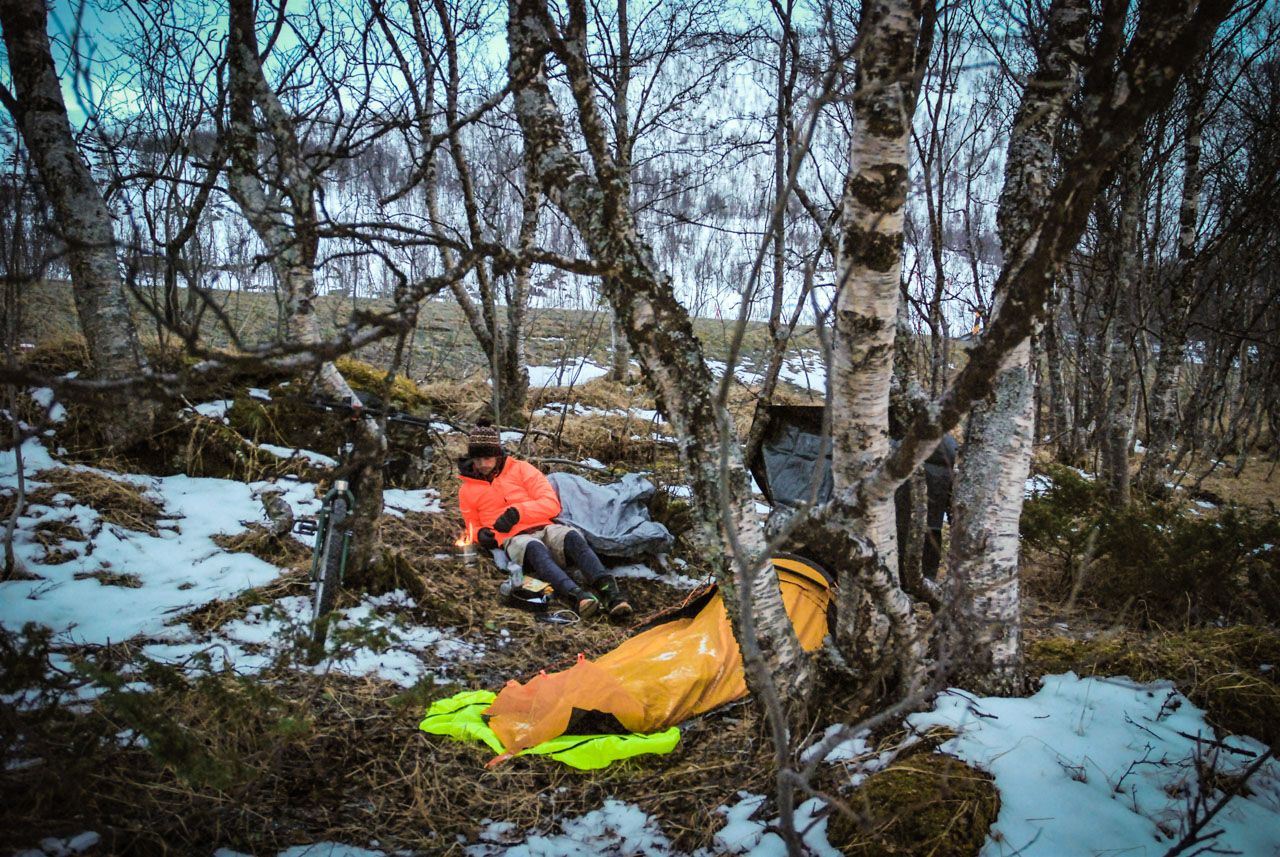 Every evening I searched for a campsite, cooked my food, and camped in a basic bivvy bag. This might not seem like much of a challenge these days, but for me, it represented a significant departure from daily life.

In total, I cycled 1650km in 19 days with 1 rest day. I averaged ~90km/day. It was sometimes painful, miserable and a little humiliating but I would do it again in a heartbeat.

Galleries13 Images of Norway We Can’t Stop Looking At
Tagged
Narrative Norway
What did you think of this story?
Meh
Good
Awesome