Gardens is one of Cape Town’s most beloved neighborhoods, favored by families, young professionals, creatives and students alike. It forms part of the City Bowl (home to Cape Town’s central commercial district) an area surrounded by the city’s landmark mountains like Table Mountain and Lion’s Head. While Gardens has an appealing, gentle suburban feel, it’s by no means “sleepy” — there’s never a shortage of activity here. You don’t need to travel more than 5 minutes from your accommodation to enjoy a range of cuisines from Vietnamese to Italian and gourmet burgers, as well as local dining, artisanal sweet treats, a fancy high tea and a night out as the locals do it (including a sneaky frozen margarita or two and post-party fast food).

There are various backpackers in this area, which make travelling solo especially that much easier. Book into Ashanti Backpackers or The Backpack Hostel Cape Town. Or, try Once Backpackers. It’s located on Kloof Street, and most accommodation in this area as well as bars and restaurants are dotted along, or just off of, this length of road. It also forms part of a popular coffee spot and watering hole in Gardens, Yours Truly, where local and international millennials can often be found mingling. 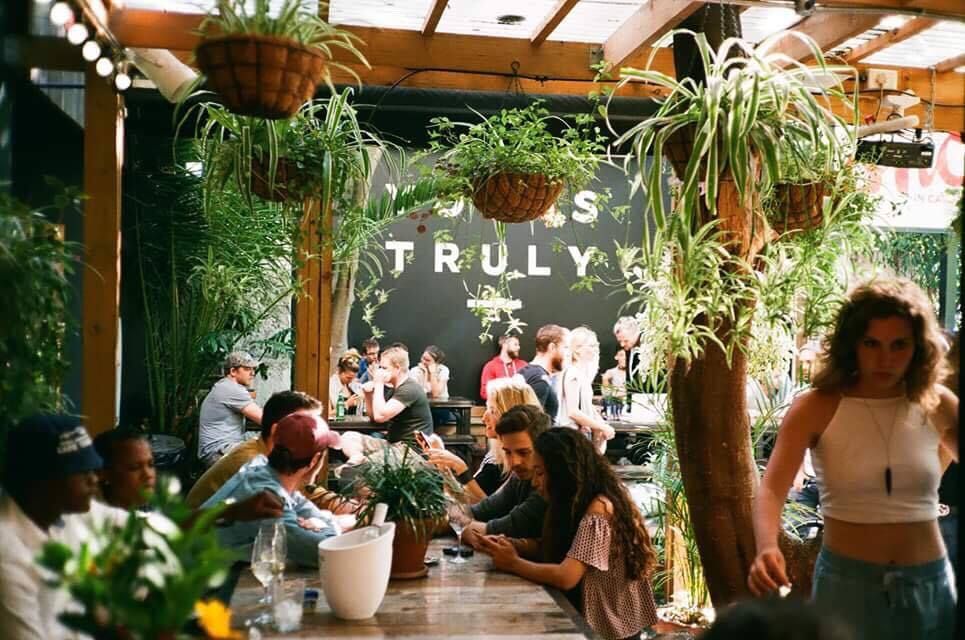 Make like the Capetonians do and kick off a lazy morning with an even lazier brunch in a garden setting at Café Paradiso. The courtyard is insulated from the busy street beyond by a low faded-yellow wall and sits in the shadow of Table Mountain, affording diners an uninterrupted view of this natural icon.

Tamboerswinkel is around the corner, and is a cozy nook of (mostly) shared tables for breakfast, or a morning of coffee and freelancing.

If you’re feeling fancy and in the mood for a proper decadent high tea (including finger sandwiches and miniature cakes), then the Belmond Mount Nelson Hotel has you covered. This 5-star luxury hotel, with its opulent interior, immaculate gardens and the grand columns which mark its entrance and conceal the pastel pink hotel façade within, is a world-famous establishment in the Gardens neighborhood. 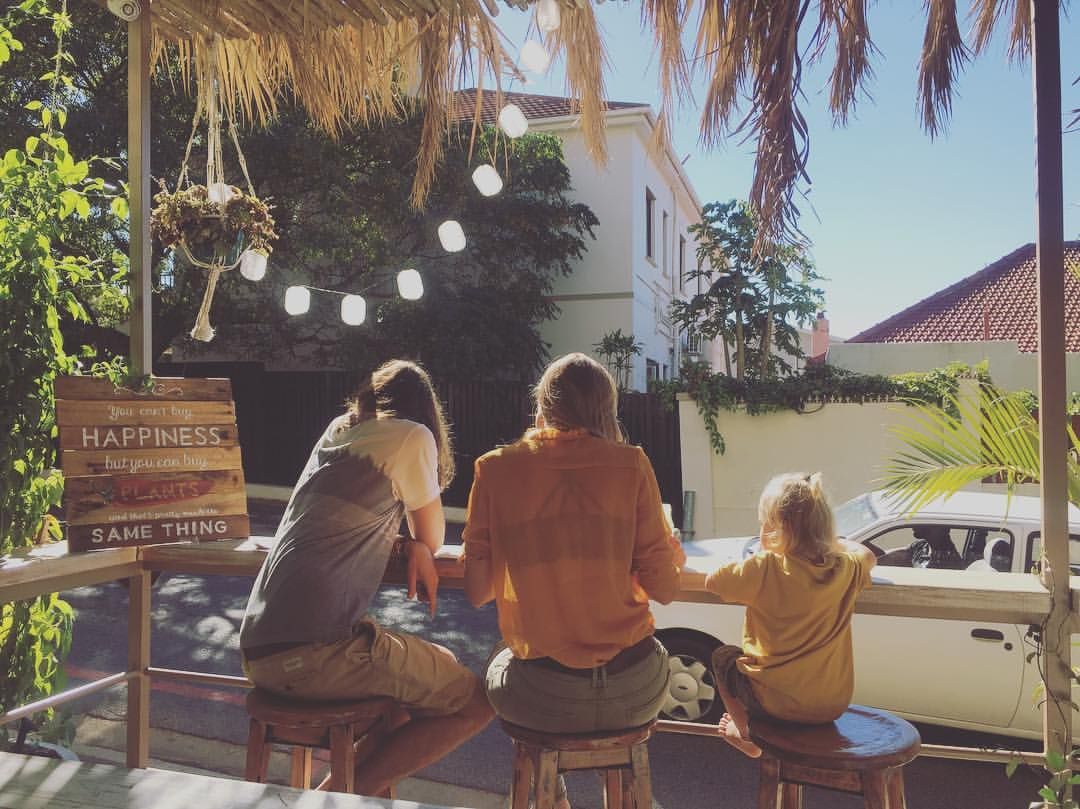 Nourish’d is a small sunlit spot that places big value on natural produce and living a balanced life that balances our needs with those of the environment. Its close proximity to Lion’s Head makes it the perfect pit stop for that healthy post-hike refresher (a fresh juice, or vegan smoothie).

Bacini’s is just next door to Nourish’d and is a warm and well-loved family-owned Italian restaurant, perfect for a comforting pizza or a big, satisfying bowl of pasta. It’s been standing in the same spot in Gardens since 1989 and their style of cooking is just as traditional.

Across the road is Bombay Bicycle Club a popular venue for drinks, delicious eats and all the hedonism – it’s part of the Madame Zingara group after all. In stark contrast to its across-the-road neighbor, it’s an eclectic and electric space with a theatrical feel. You’re sure to leave with glitter on your face or in your hair. How did it get there? Well, that’s up to you to go to find out. 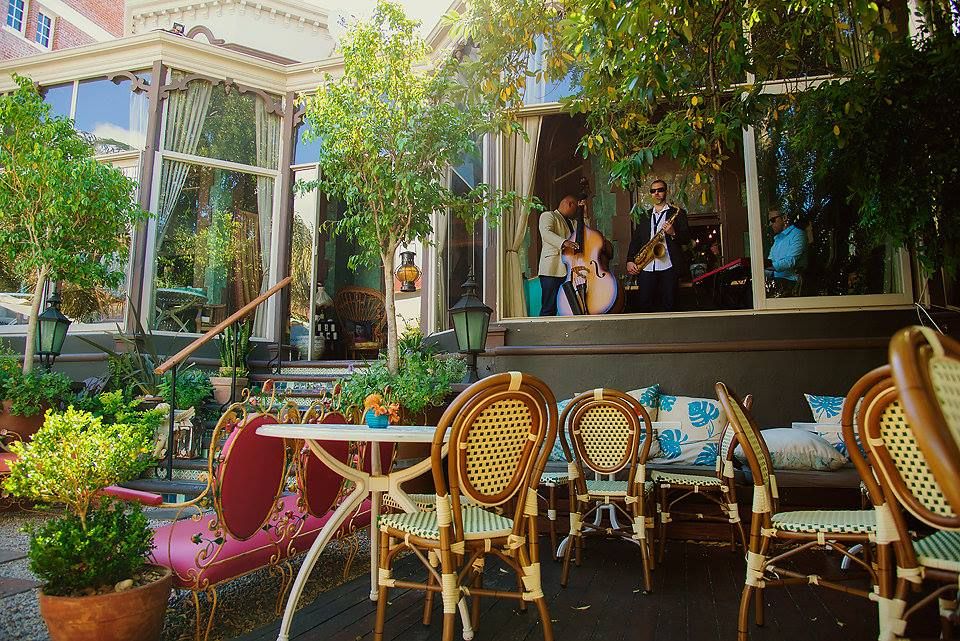 Book a table at Kloof Street House for and evening of fine dining and craft cocktails. As it’s called Kloof Street House, it has all the makings of a family home, with plush couches to sink into to, walls lined with art and old books and a ceiling decorated with velvet, tasseled lampshades. Together with a warming, crackling fire, you’ll feel like you’ve stepped out a busy modern life and back in time where life was lived at a more leisurely, indulgent pace. Sip on a specialty cocktail like the Curious Julep or a Bellini (or both) and order a beautiful, aromatic and flavorsome bowl of bouillabaisse. Top it all off with the salted caramel cheese cake with popcorn ice cream (considered one of the best cheese cakes in the city).

If it’s gourmet burgers that you’re after, either Jerry’s Burger Bar or Hudsons, both of which are popular among young Capetonians, will have you nursing a food baby no time. NY Slice is another option for a late snack. On Fridays and Saturdays, they’re open until 2am, which means you can grab a quick slice of genuine New York pizza mid-party.

Nonna Lina cooks up some of the finest authentic Italian dishes in Cape Town. Head to the Labia theatre after dinner, which is a 2-minute walk from Nona Lina. This historical theatre was originally inaugurated in 1949 by Princess Labia and served as the ballroom for the Italian Embassy. Now, it’s the independent cinema of choice for film buffs, looking for that classical theatre experience combined with some unconventional movie night treats like gin slushies or gluhwein in winter. The theatre only shows 6 specially curated films at any one time, which means, no matter which film you choose, it’s guaranteed to be a cracker. 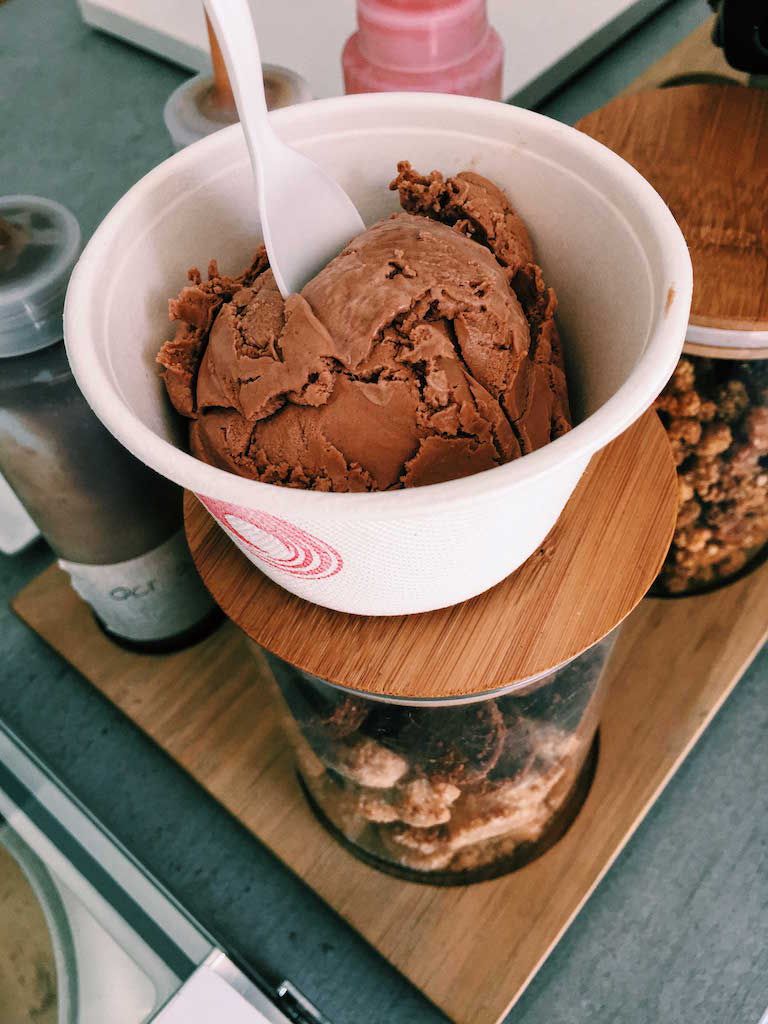 Unframed. Photo by the author.

Unframed ice cream churns out small-batch, artisanal ice cream in inventive ice cream flavors (think Lion’s Mane mushroom with a golden swirl of local orange marmalade, and sky-blue coconut ice cream colored by the superfood spirulina). They also produce sorbet, and various vegan options made from coconut cream that are as creamy and delicious as their dairy counterparts.

Maria’s is a taverna-style Greek restaurant, based in a warm and dimly-lit house on the corner of Dunkley Square, an old and equally endearing cobbled oasis within the city. It was first opened in the 1950s. Almost 70 years later, it is still ideal for a date night or a catch up with the girls. They offer a table laden with irresistible Greek mezze, plenty of wine and baklava. 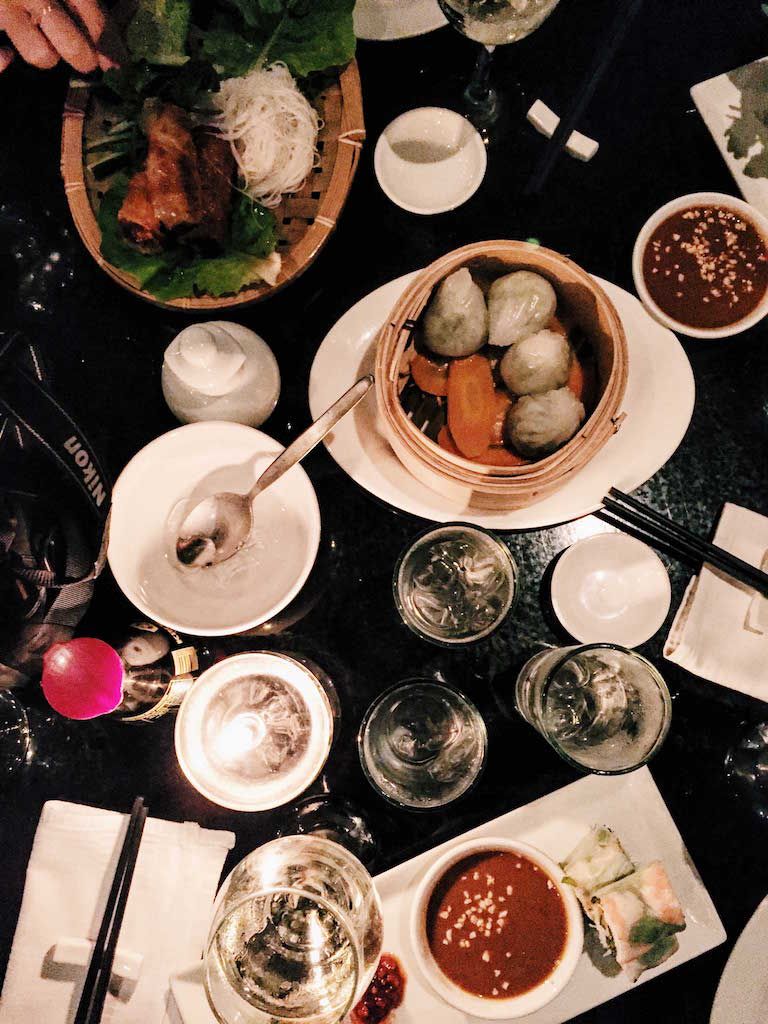 Saigon. Photo by the author.

Continue the international journey of your taste buds within one Capetonian neighborhood and head towards the tastefully oriental interior of Saigon for traditional Vietnamese dining.

Up Yours is a rooftop bar, and the (always pumping) party on your doorstep if you’re staying at Once Backpackers. The outside terrace is overhung with twinkling fairy lights and looks out onto amazing views of Lions Head through Jacaranda trees as the sun goes down.

The Power & The Glory is a corner café by day and bustling bar by night, where merry crowds often spill out the doors and onto the sidewalk. Just before you call it a night, head on over the street to Junior for their take on chic fast food. Order a burger and chips for maximum satisfaction.

The Fat Cactus is technically a place for Tex-Mex dishes, but is mostly a popular destination for Capetonians to gather a crowd of friends and get tipsy on frozen margaritas while crunching on deliciously cheesy nachos.

Head to Van Hunks for pizza and pre-drinks with your squad, then head down the road, into central Cape Town and onto Long Street. Pay a visit to Fiction, the Waiting Room or Beer House for a night of partying.