WHEN IT comes to trip-planning, I used to be a strictly eating, drinking, urban-sightseeing kind of traveler, and exercise fell by the wayside. But that left me lethargic and largely confined to neighborhoods overrun with tourists. So I decided to try to incorporate my love of cardio into my love of travel. And the last few trips I’ve taken, I’ve found that working out is not only a great way to get to know a new destination — it gives me more energy for the aforementioned eating and drinking.

In some cities, that means just getting a temporary pass to a gym, but in Portland, that means taking advantage of hiking, biking, kayaking, running, and more, with little to no logistical challenges. While the city is, of late, best known for artisanal donuts and ice cream, the people of Portland take their physical fitness seriously, and it shows: we’re one of the healthiest cities in the US.

Whether you stay in the city or you rent a car and take a day trip, Portland has plenty of opportunities to work up a sweat all within a few hours of downtown.

An extinct volcano 5 miles from downtown Portland, Mt. Tabor rises hundreds of feet above the relative flat of the east side. With huge Douglas firs, plenty of open space, and killer views of downtown Portland and Mt. Hood, this spot is a local favorite for runners, cyclists, and walkers.

You can enjoy Mt. Tabor in a few ways: Rent a bike from one of Portland’s many bike shops and do the grueling 2-mile loop up to the top. Or perhaps run the 282 stairs on the Mt. Tabor Summit Stairway.

Take a hike in Forest Park.

While Mt. Hood (the big bad centerpiece of the Portland skyline) is just shy of 60 miles outside of the city, you can still get your hiking fill without ever stepping foot outside of the city limits. The largest forested urban park in the US, Forest Park is lined with more than 80 miles of trails and has plenty of entry points that are easily accessible by public transportation.

Walk or run — most of the trails are wide and well-maintained by the Forest Park Conservancy Group — at any level of fitness, with easy trails like Lower MacLeay or more challenging, like the Maple Trail Loop.

Bike or run down the Eastbank Esplanade and Tom McCall Waterfront Park. 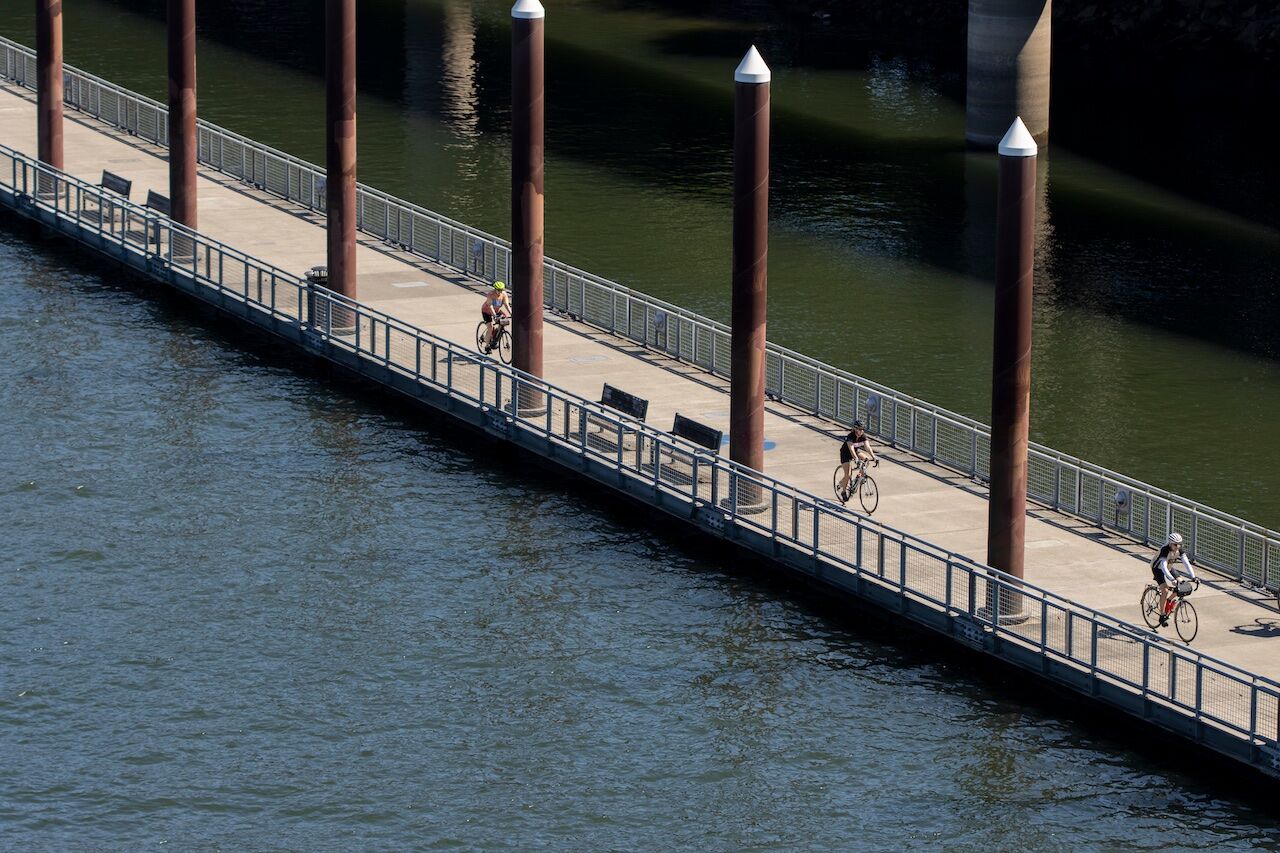 The breeze floating off the Willamette River is too good to pass up for runners and bikers alike, which is why you’ll find so many cyclists, runners, skaters, and more enjoying the flat, paved pathways along the river on any sunny day.

Rent a bike from Kerr Bikes, a nonprofit rental service which has locations on both sides of the river, or grab a bike from Nike’s Biketown bike sharing service, which I suggest only renting for short rides, due to their unwieldy size and lack of helmets available.

Start with the 1.5-mile Eastbank Esplanade, which runs from the Steel Bridge down to the Hawthorne Bride and features floating walkways, bridges, and plenty of pull-outs for taking in the view. Then you can cross the river at the Hawthorne (or the Steel) and do another 1.5 miles in Tom McCall Waterfront Park, the cherry blossom-lined path that runs along the west side of the river. This ride is a low-stakes way to see the city and get a workout in.

Bike down the Springwater Corridor to Oregon City.

From the Eastbank Esplanade, you can continue south past OMSI and catch the relatively flat Springwater Corridor, a 40-mile paved loop and former rail corridor that runs from downtown Portland out to Boring, Oregon.

With many entry points along the way, you can spend as much or as little time on the trail as you want. Run 3.5 miles from Eastbank to antiques store and coffee shop-heavy neighborhood Sellwood, passing Oaks Bottom Wildlife Refuge along the way. Keep an eye out for herons, eagles, and deer while you’re in that ‘hood.

Or, if you’re up for something more challenging, you can take your bike on a 30-mile bike ride to and from historical Oregon City. Ride the Springwater until you reach Milwaukie Avenue, then turn south toward the city of Milwaukie. Keep your eye out for the Trolley Trail: It’ll take you right to Oregon City, which has a budding craft beer scene and plenty of good eats to fill up for the ride back.

South of downtown, just below Oregon Health and Sciences University, which is perched on what the locals call Pill Hill, is Terwilliger Boulevard, a hilly road that cuts a path through Marquam Nature Park and terminates at famed Duniway Track.

Terwilliger is open to traffic, but runners need not worry about stop signs or intersections. The path, which runs parallel to the road, is 2.6 miles of tree-lined, uninterrupted hill running. (Bonus: if you’re into trail running, Marquam Nature Park has several trailheads that start on Terwilliger.)

This run is a personal favorite of mine, especially since you don’t have to share the path with cyclists, there are bathrooms along the route, and there’s a working water fountain. To boot, if you need to do interval training or anything of the sort, you can head back to Duniway Track, which is a popular training spot for many local athletes.

Boulder at one of Portland’s many rock-climbing gyms. 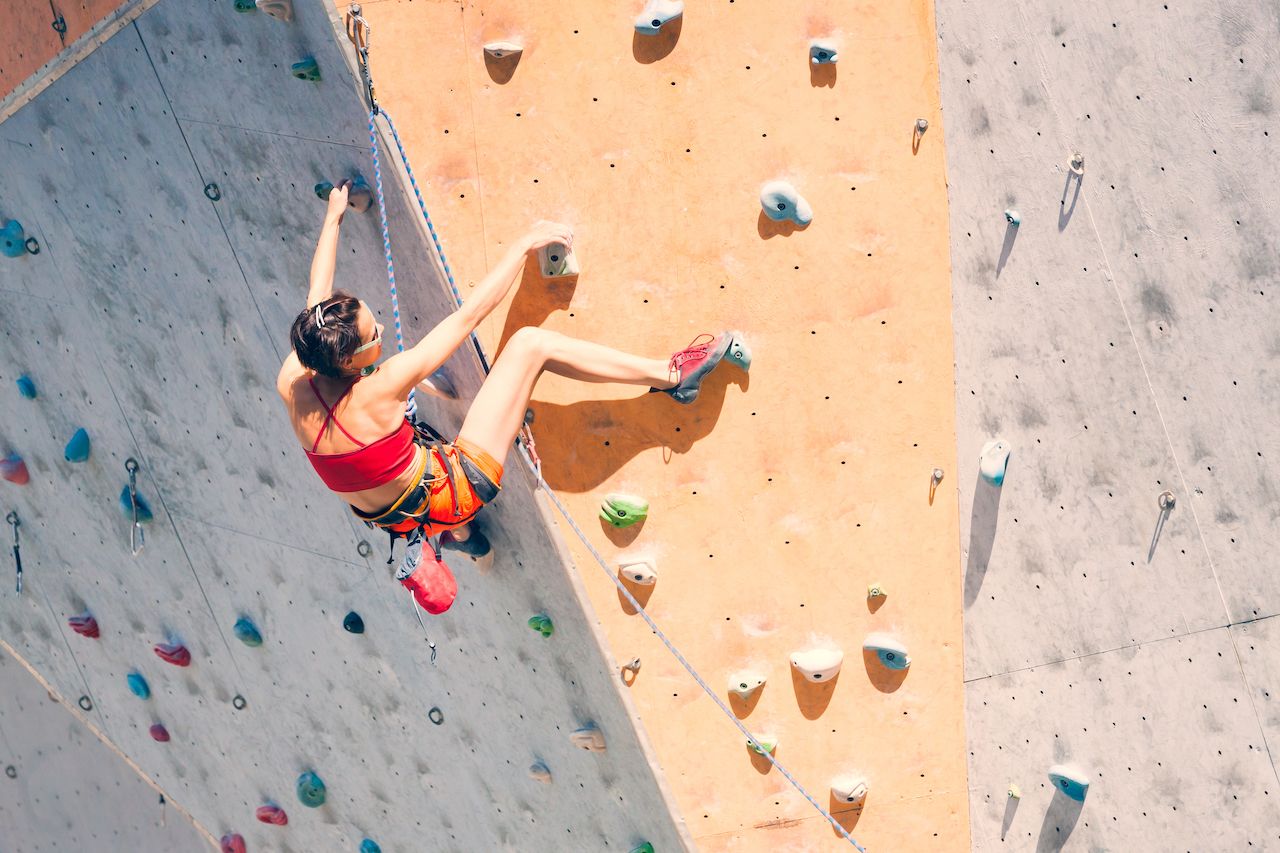 While you could get a week-long pass to any number of chain gyms in Portland, spending time at one of Portland’s many bouldering and rock-climbing outfits is a fun way to get out of the downtown, touristy core and get into some locals’ favorite neighborhoods while keeping your exercise routine interesting.

Head to The Circuit’s Northeast location (which is just a few blocks from bars on East Burnside and Restaurant Row on NE 28th) and climb to your heart’s content — no ropes needed, no limit to how much you can climb. A day pass is only $16 for adults, $12 for students, which includes fitness and yoga classes.

Join a brewery running group for the night.

If you’re the type who prefers a little booze with your cardio, Brewery Running Series hosts a few “5k-ish” runs to local watering holes like Migration Brewing and The Commons Brewery. Running groups are a great way to get to know locals, and throwing in a little IPA at the end of 3.2 miles is never a bad idea.

Take a group bike ride (to a bunch of breweries) with BrewCycle.

If you’re with a big group, you could sign up for BrewCycle and rent a 15-person cycling monstrosity. Pedal your way between breweries while listening to the music of your choice. While most people who participate in this activity “woo” to their hearts’ content, it’s much harder than it looks. Expect a real workout, especially if you don’t have 15 passengers. 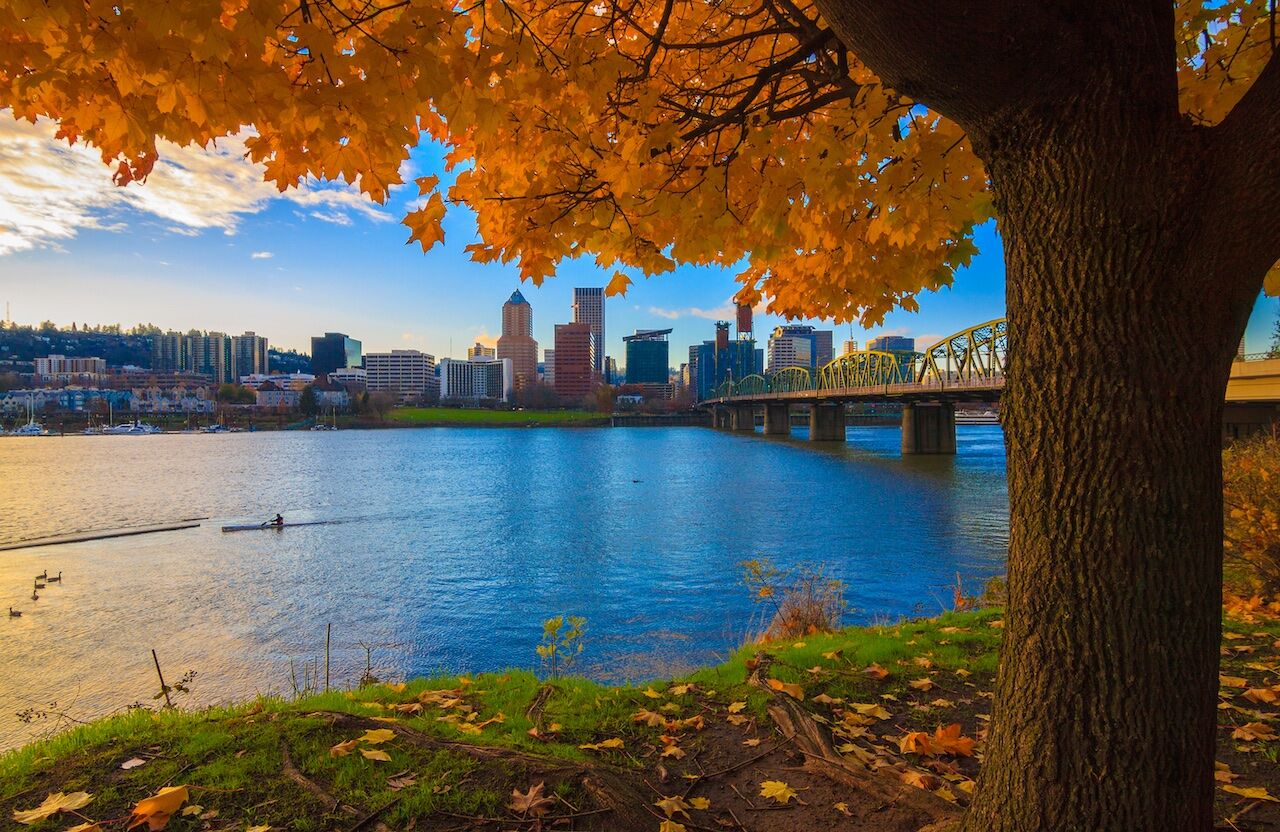 You don’t need to leave the city in order to enjoy water sports: Rent a kayak and take some time to paddle along the Willamette. Just beware of passing water crafts, especially if it’s sunny: The downtown marina is high traffic on nice days. If quiet is more your speed, stay to the south of the Ross Island Bridge: Enjoy a flat-water paddle and maybe even take a break on Ross Island, where there’s a famously nosy herd of deer.

While this isn’t technically in Portland, it’s just under an hour outside of the city, and renting a car is worth this hike.

Portlanders can be sensitive about keeping their favorite hikes off the radar, but the 5.1-mile King’s Mountain trail is too good not to share.

Smack in the middle of the coastal range in Tillamook State Forest, this hike isn’t just your regular schlep up to decent views. It comes with a punishing ascent: A 2,562-foot elevation gain over the first 2.5 miles that will leave the ill-prepared turning around and crawling back to the car. Not for nothing, though: After you claw your way to the top, you’ll be rewarded with mountains as far as the eye can see and, on bright days, a hint of Pacific Ocean.

Though Portland is a little over an hour from the coast, the best surfing in the state can be found near Cannon Beach, which is, lucky for you, a straight shot from the city on Route 26. Cannon Beach, a little hamlet with a great main street, is home to Cannon Beach Surf, which offers rentals and lessons to interested parties. Locals love Indian Beach because unlike much of the Oregon Coast, the breaks are far enough out to actually enjoy the ride.

Insider GuidesWhat To Do and See on a First Visit To Portland
Tagged
Insider Guides Portland, OR, United States
What did you think of this story?
Meh
Good
Awesome