If staring out across grand skylines from up in the clouds is part of your “perfect trip,” we have great news for you. Hotels make up a sizable percentage of the globe’s highest buildings, which means the views they offer can be yours. It’s no surprise that China and other Asian destinations have a strong showing. Of course, no list of notable structures would be complete without Dubai. Here are the world’s highest hotels with the best city views. 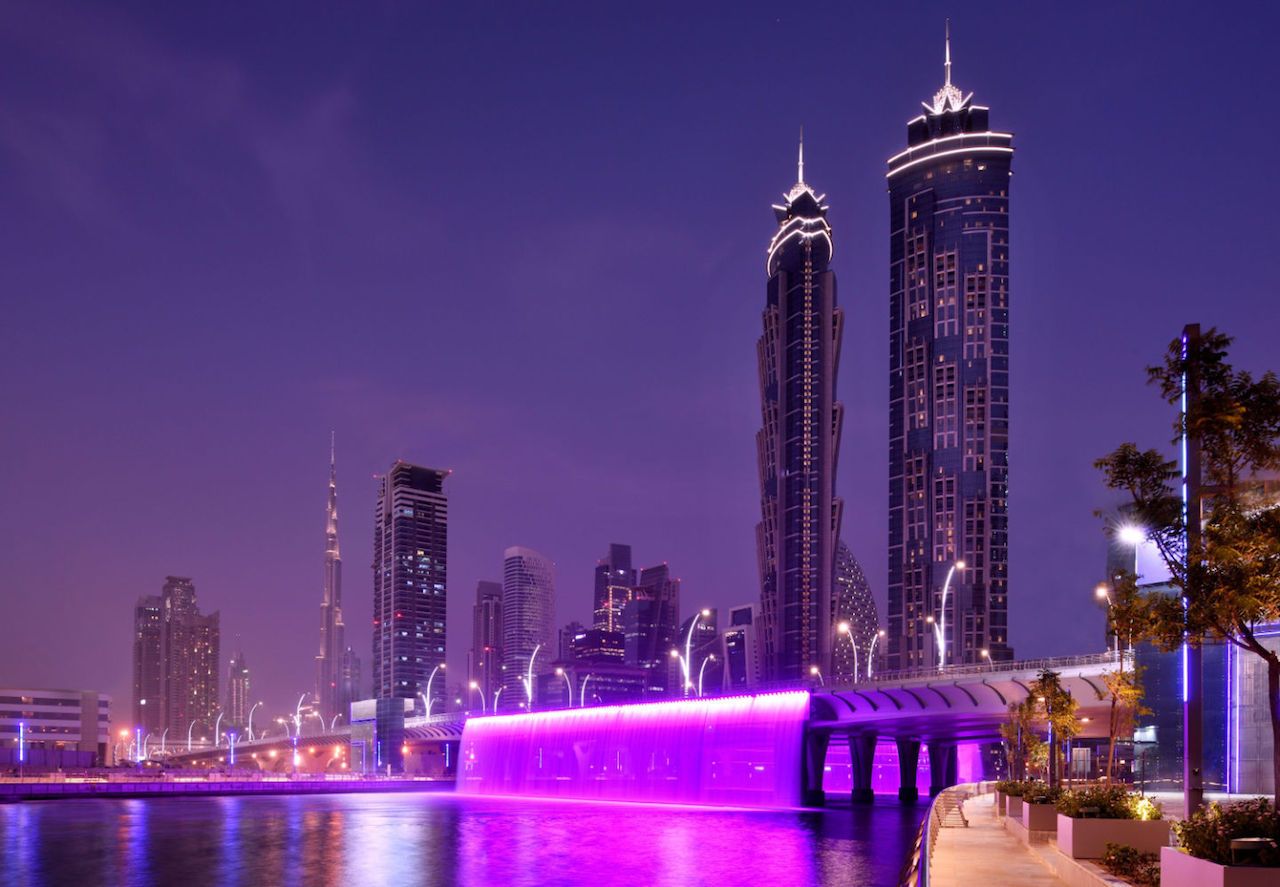 It’s no surprise that Dubai has a firm presence on the list. The saying “Everything is bigger” may belong to Texas, but Dubai certainly has rights to “Everything is grander.” In that light, this eclectic city in the United Arab Emirates boasts the world’s tallest hotel – in which the hotel occupies the entire building. As an added bonus, rooms are surprisingly affordable. 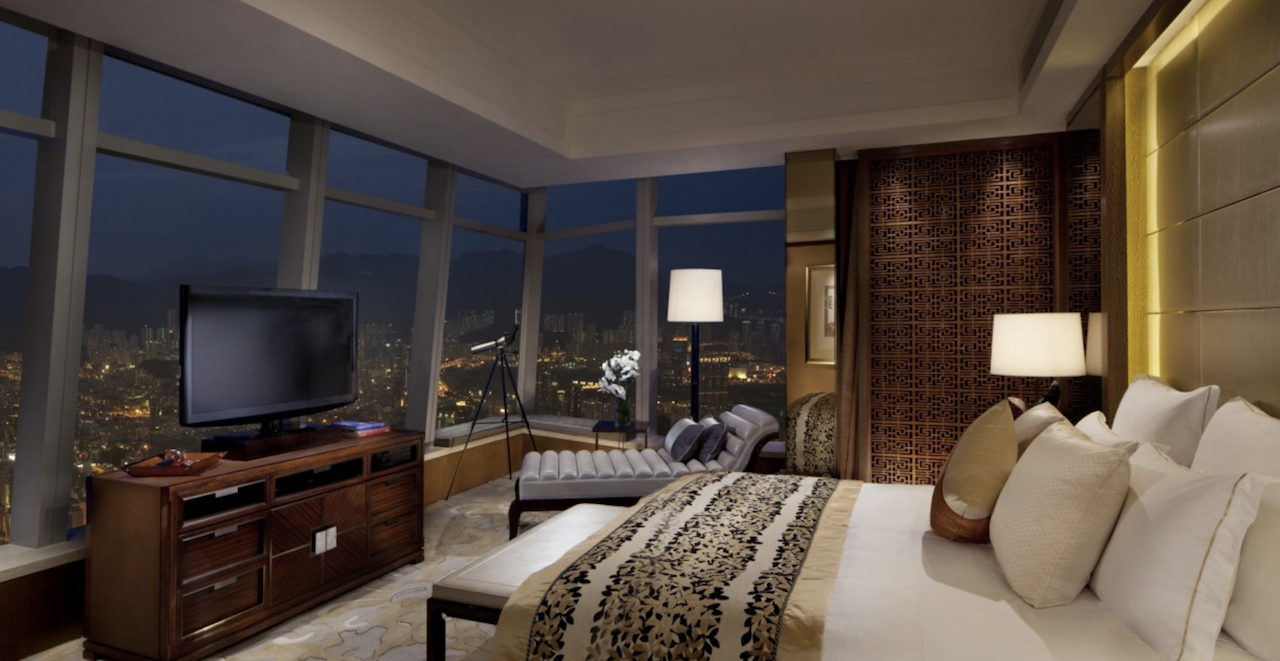 The Ritz Carlton Hong Kong is technically the tallest hotel in the world, even if they don’t occupy the entire building like the JW Marriott Marquis in Dubai. The Ritz Carlton occupies floors 102 thru 118 of the International Commerce Center, putting hotel guests far above the bustling (and incredibly photogenic) city. 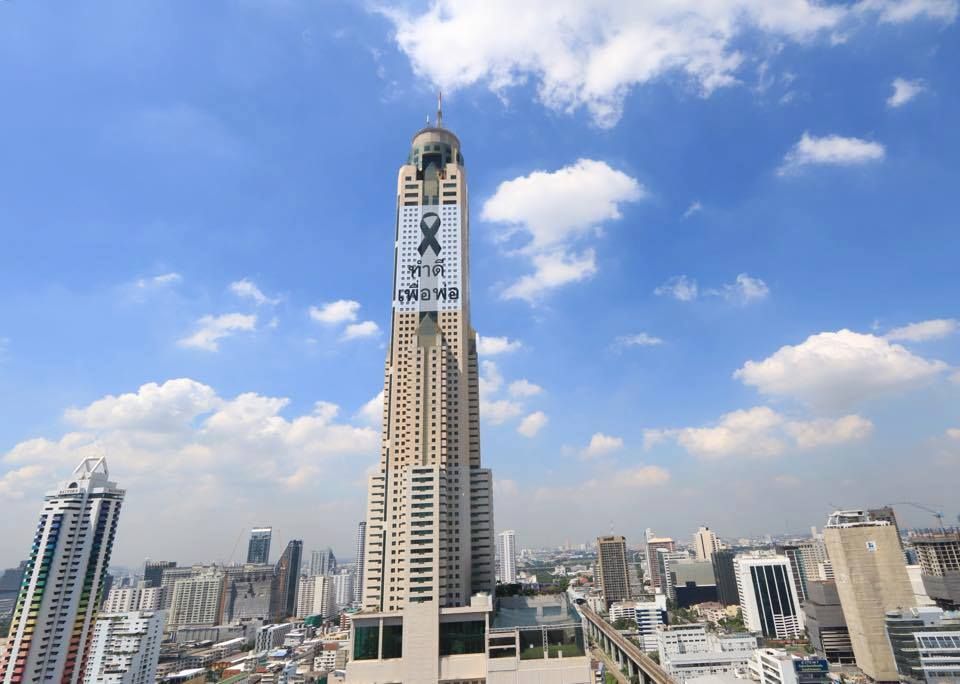 One of the most affordable options on the list, the Baiyoke Sky Hotel offers guests an unrivaled view of one of the world’s most exciting and raucous cities. From up this high, you may find yourself unable to tell east from west — Bangkok’s skyline seemingly goes on forever. 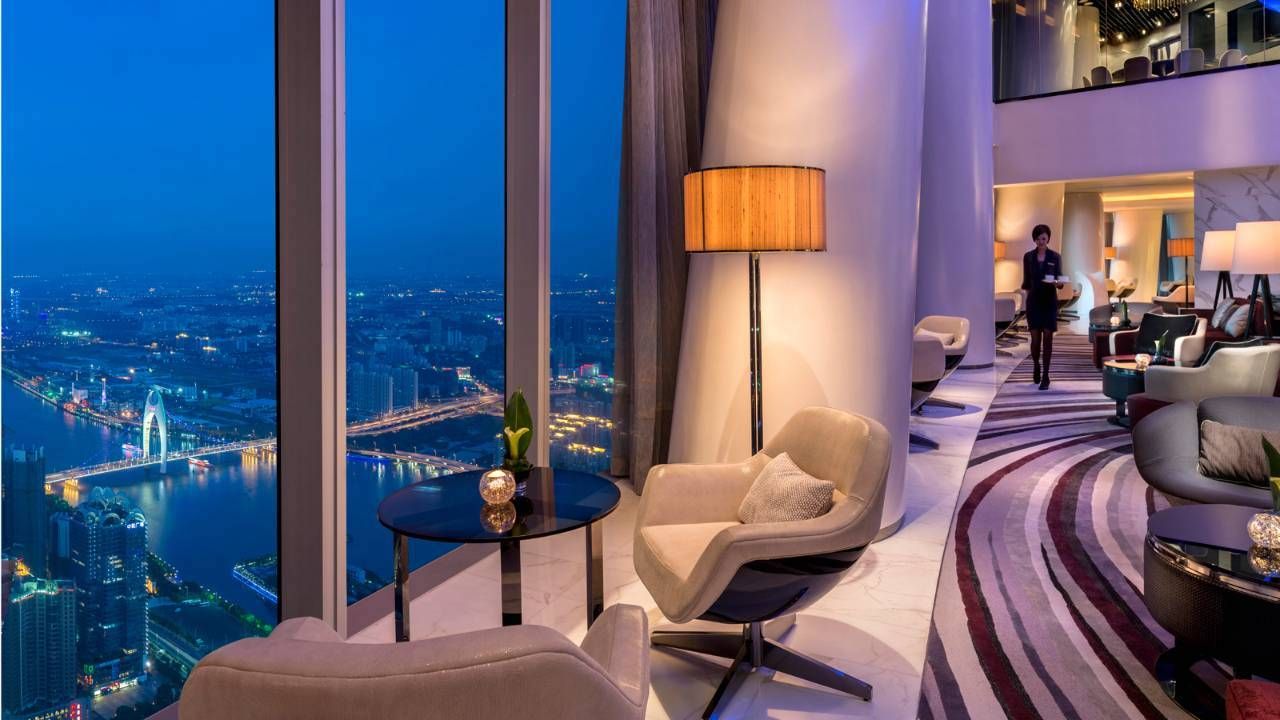 Four Seasons has built its brand on unparalleled luxury combined with hefty doses of local flavors. The hotel offers a pool on the 69th floor and views from high above the Zhujian River. As a hotel guest, you’ll probably spend most of your time staring out over one of China’s most underrated cities.

85 Sky Tower looks like something straight out of Star Trek. It’s pronged, resulting in one of the most uniquely beautiful skyscrapers anywhere in the world. The US dollar is strong in Taiwan and 85 Sky Tower is located far south of the bustling megacity of Taipei, leaving you with extra cash to splurge on dining and drinks to enjoy over your view of the Asian island’s southern tip and the South China Sea. 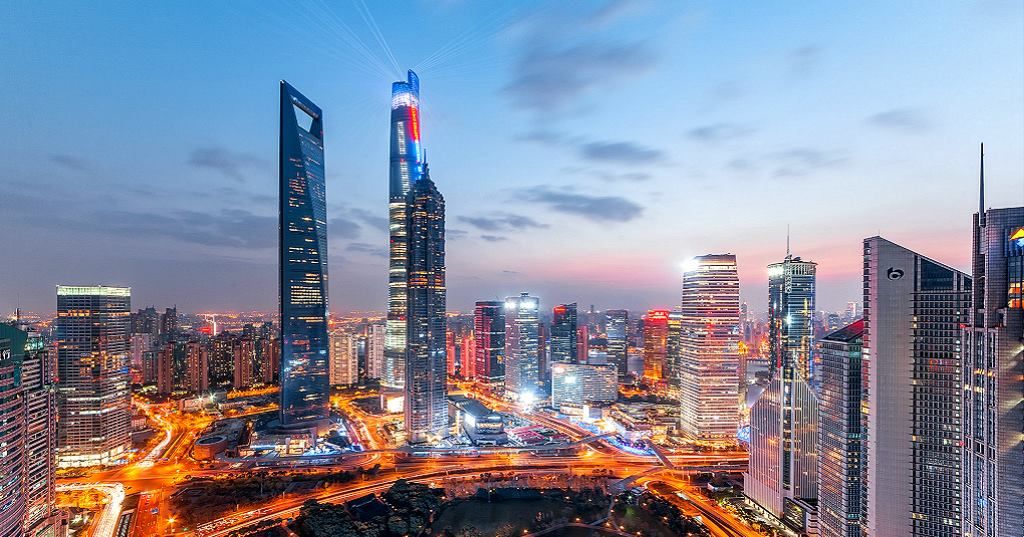 The Grand Hyatt touts its hospitality service as on par with the views at their iconic hotel in Shanghai’s Pudong district. The area has, in many ways, grown around the hotel itself, meaning that not only are the views dramatic, but staying here puts you right in the middle of the action. 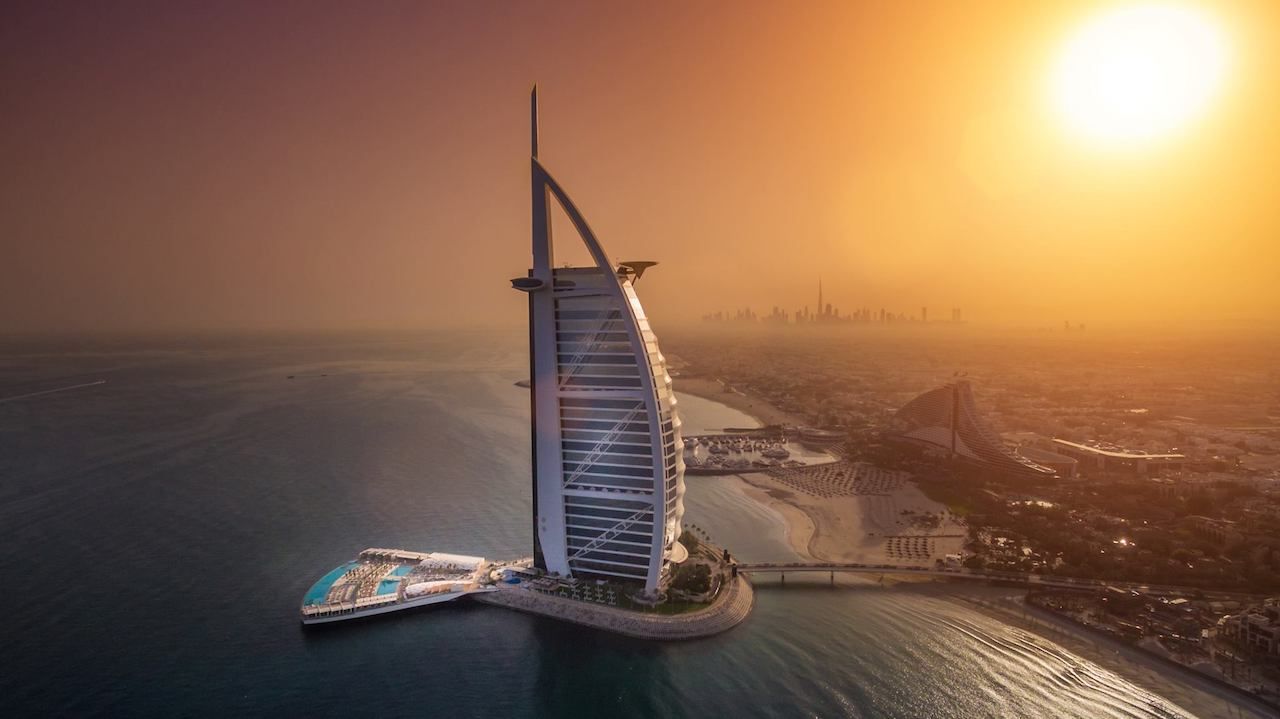 The Burj Al Arab isn’t the tallest hotel on the list, but has two distinct characteristics: it’s located offshore, making it the tallest offshore hotel in the world. Additionally, it’s shaped like an Arabian Dhow sail, making it incredibly distinct even from far away. 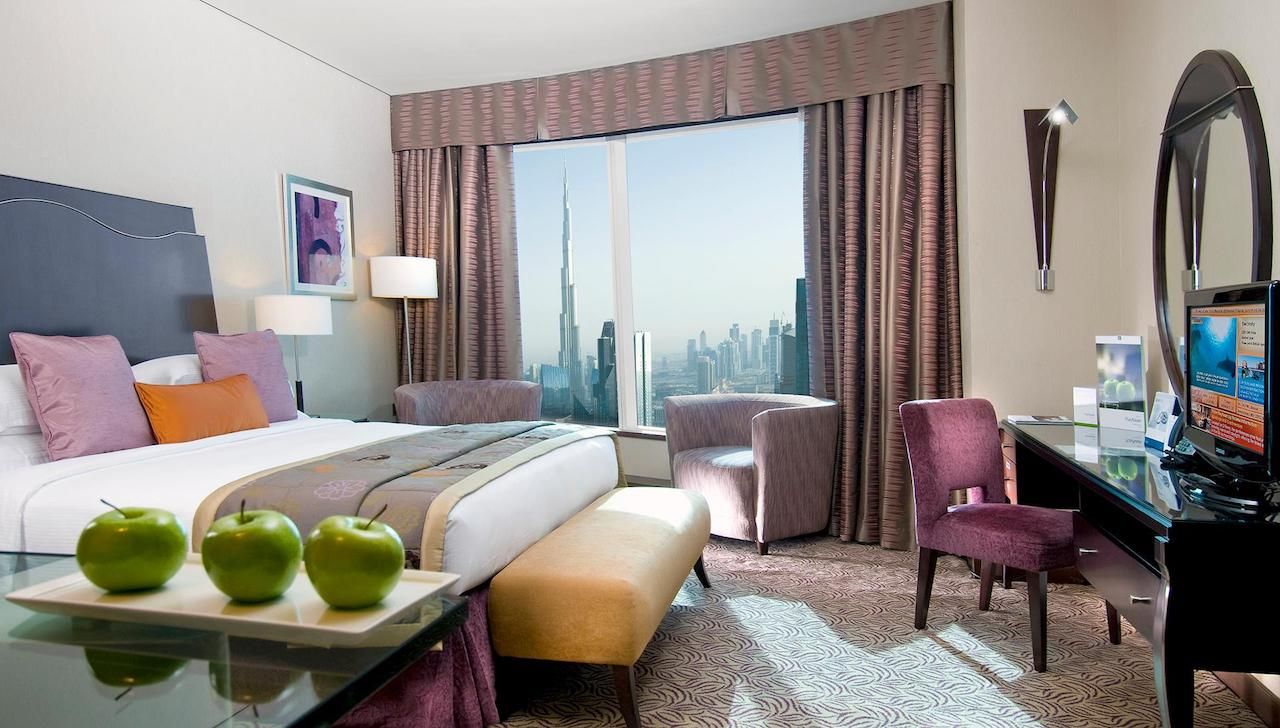 Another high-rise Dubai legend, the Rose Rayhaan towers about the city just a few blocks from the Persian Gulf coast. The views and the upscale experience they complement make this hotel a destination in itself. You’ll have to enjoy the view over a virgin beverage, however, as the Rotana brand is alcohol-free.

You might wake up surrounded by clouds at the Gevora, especially with a room on one of the upper floors. The views of Dubai are amazing, but you’ll have a tough time finding a drink — the Gevora is another hotel which doesn’t sell alcohol.

Infographic: These are the tallest hotels in the world
Tagged
Epic Stays
What did you think of this story?
Meh
Good
Awesome