Hemp production in Tennessee dates almost as far back as the state itself. The cannabinoid-rich plant grew “luxuriantly upon our River Bottom Lands,” as one 1840 report put it. After World War II, however, the number of hemp farms declined, in part due to government crackdowns on psychoactives, despite hemp containing little-to-none of the compound tetrahydrocannabinol (THC). Today, Tennessee’s hemp farmers are having a revival with the help of agritourism.

Cannabis legislation in Tennessee is restrictive. Non-psychoactive hemp, which current state legislation defines as “Cannabis Sativa containing less than .3% THC” is fair game, though. Hemp fibers are used to make cloth and rope, while the flower can be used to produce cannabidiol (CBD). Increasingly, Tennessee’s hemp farmers have been turning to another hemp money stream: tourism.

“There is a place in the agritourism world for hemp,” says Tyler Sneed, president of the Tennessee Agritourism Association. “As the industry grows and as farmers produce their own bi-products, I believe it will create many opportunities to get folks out on the farm to witness all production aspects. This will be good for both producers and consumers.”

Tennessee has experienced rapid growth in the number of hemp farms since it issued less than 50 licenses for industrial hemp in 2015. In 2020, that number is over 4,000. It’s put a strain on the typical hemp market, says Bill Corbin, a board member of both the Tennessee Hemp Industry Association and the Tennessee Growers Coalition. In light of the increase in production, his recommendation is for growers to cut hemp projections by 75 percent in order to balance supply and demand.

“Everyone has this idea of instant wealth and is growing with no direction at all for biomass, and contracts [are] not being honored,” Corbin says. He adds that there’d be enough to satisfy biomass (which includes extractables, oils, and salves) demand even if “this nation could not produce another plant of hemp for two years.”

Bringing in tourism reduces the dependency on selling products in the flooded hemp market. Jennifer Davis, of Rabbit Circle Rural American Farm Tours, has seen the impact of tours firsthand. The majority of tourists who come to her hemp farm are over the age of 40 and come from countries “where cannabis is legal and [who are] interested in what’s happening as far as legislation in the US,” Davis says. The few locals she hosts are on research and discovery missions for their own hemp operations. Then there are the local senior citizen groups.

“It’s so cool to take a load of grandmas and grandpas into a tobacco barn that has hemp in it,” she says.

Tennessee is no stranger to agritourism, and some of the original agritourism farms for other crops are looking to hemp as well. In the 1970s, Delvin Farms started growing kale for the Tennessee-based restaurant chain Shoney’s to use for garnishing. Over time, the 120-acre organic farm became a destination for people who wanted to learn where their food came from. And “when you’re doing tourism,” Hank Delvin, Jr. says, “you have to monetize it.”

Delvin, Jr. explains that most agritourism relies on hayrides, pumpkin patches, and corn mazes to bring in families. He invested in hemp with the hope of scaling back the company’s financial dependence on produce, but is struggling with how to monetize hemp tourism. Still, he’s hopeful for the return on his investment.

The connection between Tennessee’s hemp farms and agritourism is what Eden Faulkner, the greenhouse manager of Bill Corbin’s Corbin Sciences, calls “farm to flame.” 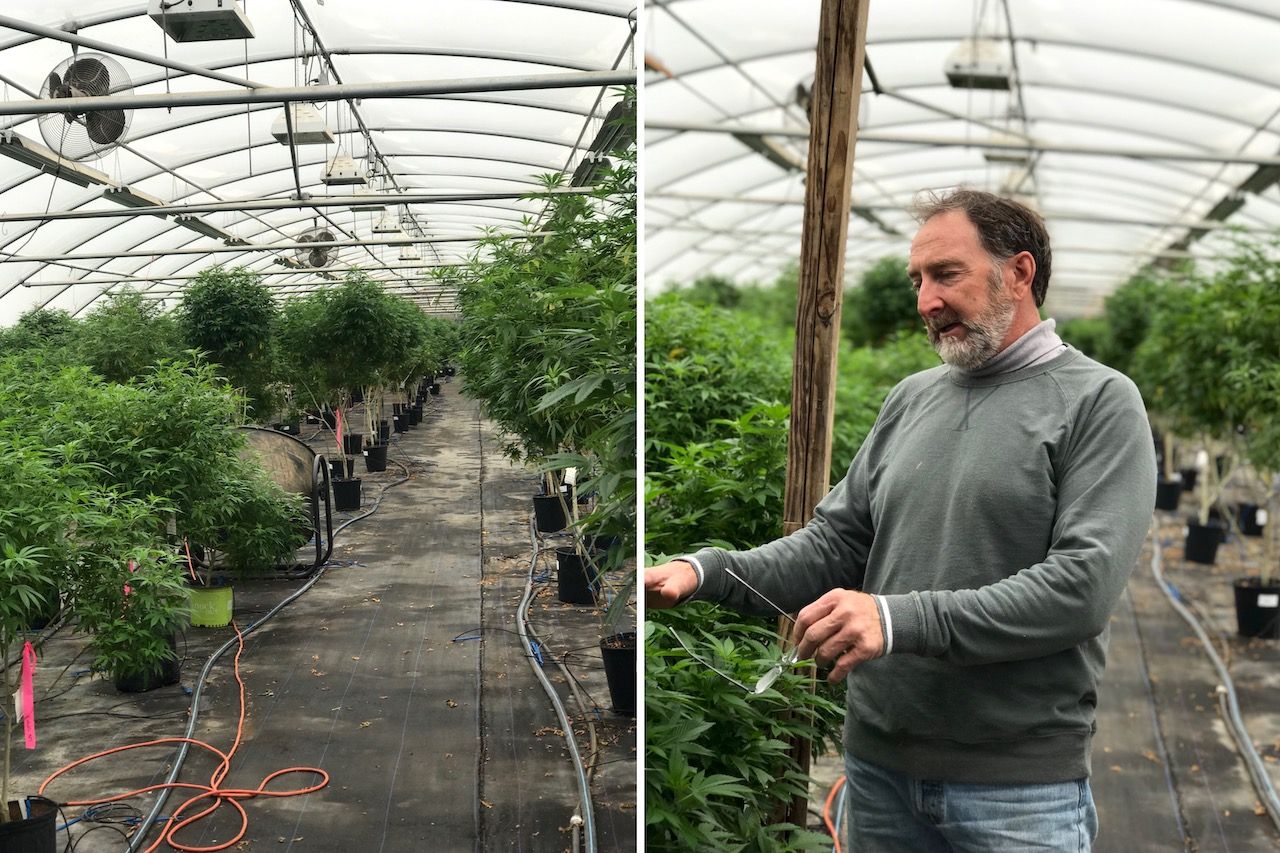 Bill Corbin is also shifting the focus of his farm from biomass to smokable hemp flower in response to the current oversupply issue. His new crop will most likely be planted in May, while his greenhouses are filled with more than 1,000 mother plants in production year-round.

While the west side of Tennessee is focused on growing hemp for fiber, he says “the big push is the smoke market” for smokable hemp flowers rich in CBD. It’s not without its own set of challenges. Cured improperly, hemp smells and smokes like hay — characteristics that discerning buyers aren’t going to put up with.

It’s not as simple as hanging it up to dry, says Jennifer Nicely of Horse and Hawk, which sells organic hemp flowers and products. Once Horse and Hawk cures the hemp, they sell the flower whole and as pre-rolled hemp cigarettes with corn cob filters. The strains the company uses can contain as much as 98 milligrams of CBD per pre-roll, and the flower has 20 percent CBD. Nicely says these hemp cigarettes give “a body buzz,” and are the quickest application for CBD.

Like some other farmers producing and selling high-quality organic hemp, Nicely never got the large payout originally anticipated.

“We’ve learned a lot since the last growing season,” she says. “We weren’t thinking about starting our own business and really wanted to sell large quantities and get out.”

Farmers are storytellers to the core, and introducing agritourism and inviting folks to the farm is often a welcome addition to the business. But with the current uncertainties brought on by COVID-19 coupled with stringent regulations, Tennessee hemp growers feel as though they are losing their voice. Still, they persist. 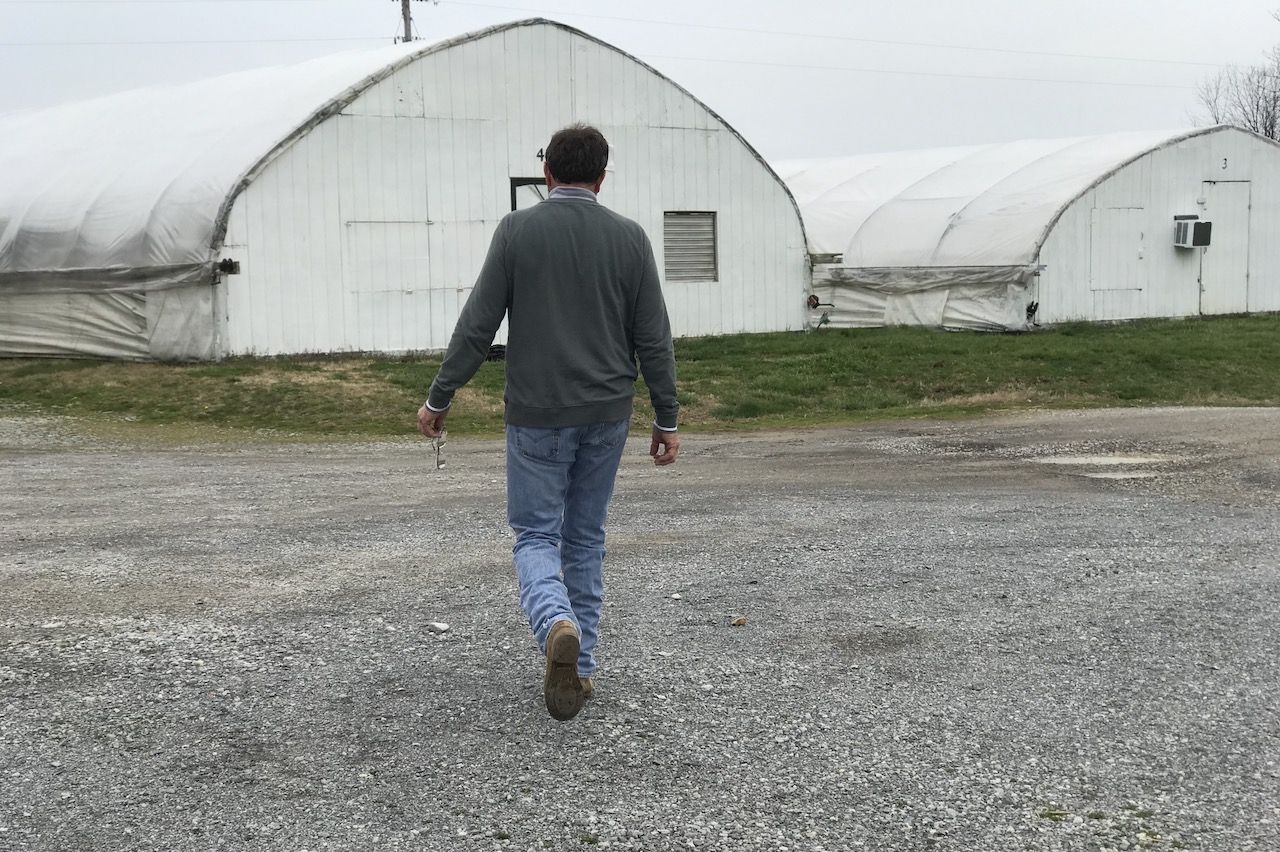 Davis is currently reassessing her hemp tours for the 2020 season because of current shelter-in-place requirements. Delvin Jr. projects a bumper crop of fruits and vegetables with 30 percent yearly increases from his community-supported agriculture and farmers market customers in addition to his hemp wholesale distribution. He also plans to add dinner events in the hemp fields for an adult tourism experience.

Corbin and Faulkner plan to take their new Billy Hemp line to the festival market starting with Bonnaroo, which was rescheduled due to COVID-19, in addition to the business they do with CBD dispensaries. Nicely has always included dinners on the farm as part of the business plan. She’s excited to introduce a new dinner series in the hemp fields for fall harvest. She’s also an acclaimed songwriter and performer, and is touring the country with Horse and Hawk products in tow.

“I feel that I have a responsibility just by the fact that I was born into a family that has this land,” Nicely says. “That means when I can, I should be sharing this green space with others.”

CannabisEverything To Know Before Going To a State With Recreational Marijuana
Tagged
Cannabis Tennessee, United States
What did you think of this story?
Meh
Good
Awesome

What Happens When You Accidentally Drive To the Canadian Border With Cannabis
The Difference Between the Types of Cannabis Edibles You’ll Find in a Dispensary
A Handy Guide To Consuming Cannabis in Europe
Everything You Need To Know Before Traveling With CBD and THC, at Home or Abroad
New Study Found the 10 Best Cities for a Cannabis Vacation