Montreal is full of vibrant neighborhoods, thriving art scenes, fascinating history, beautiful parks, a diversity of foods and drinks, and a rich and profound culture. It’s a fun city to explore. In its lively downtown area, to the European-influenced old port, and the urban outskirts of The Plateau, you’ll find that almost every borough, landmark and dish offers something unique.

Here are 10 Airbnb options and a quick neighborhood guide that will help you get the best experience of the city. 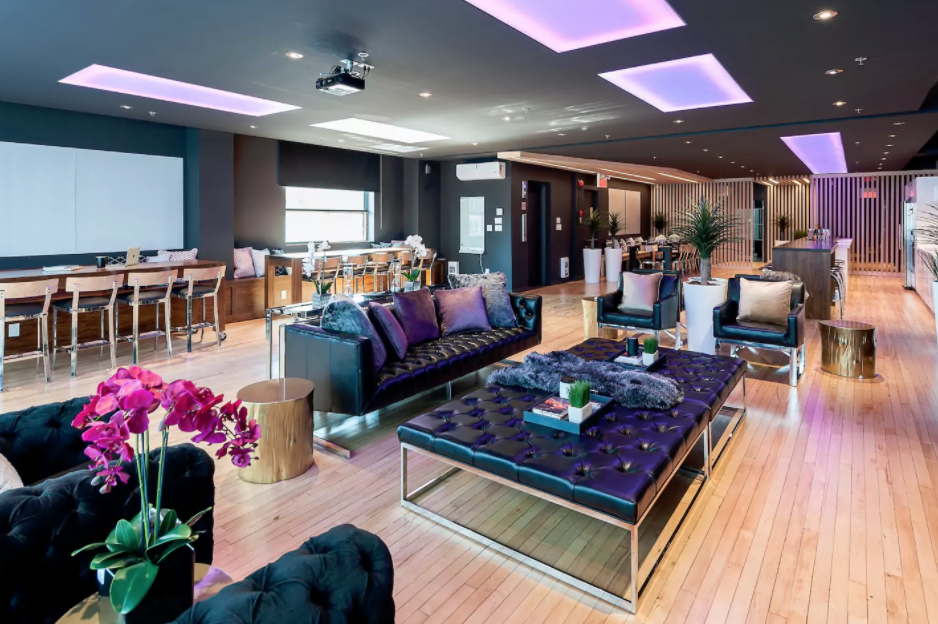 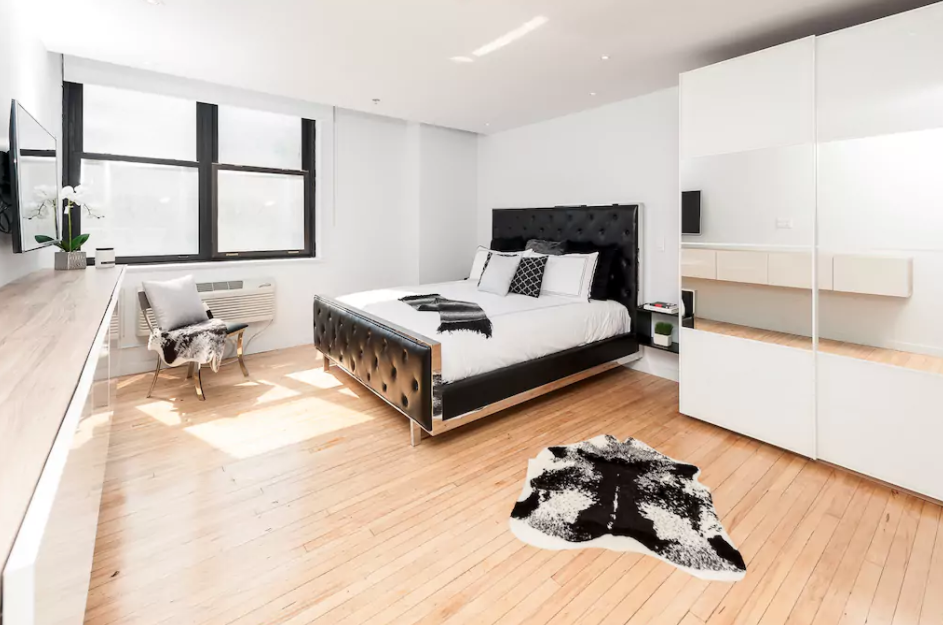 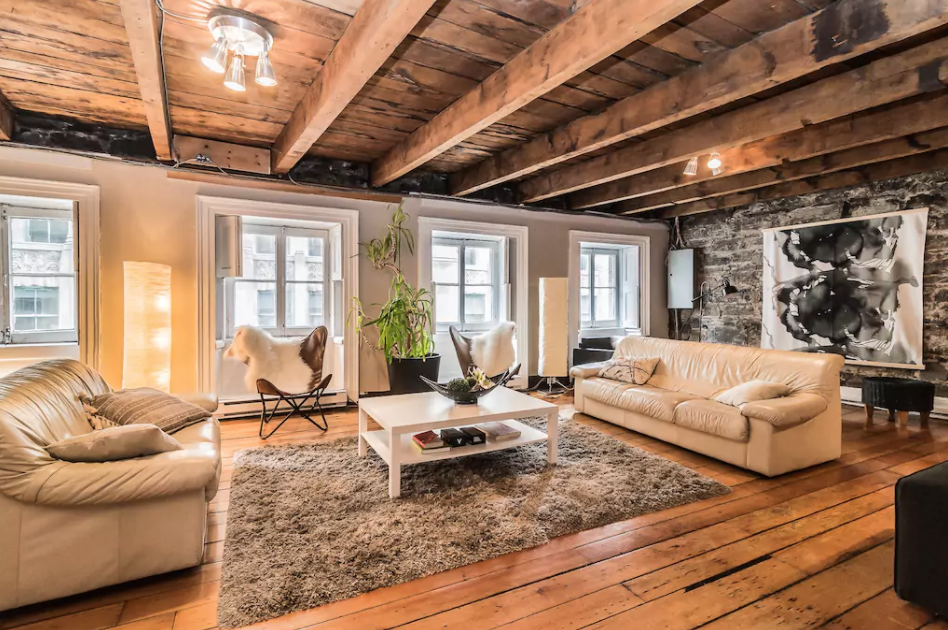 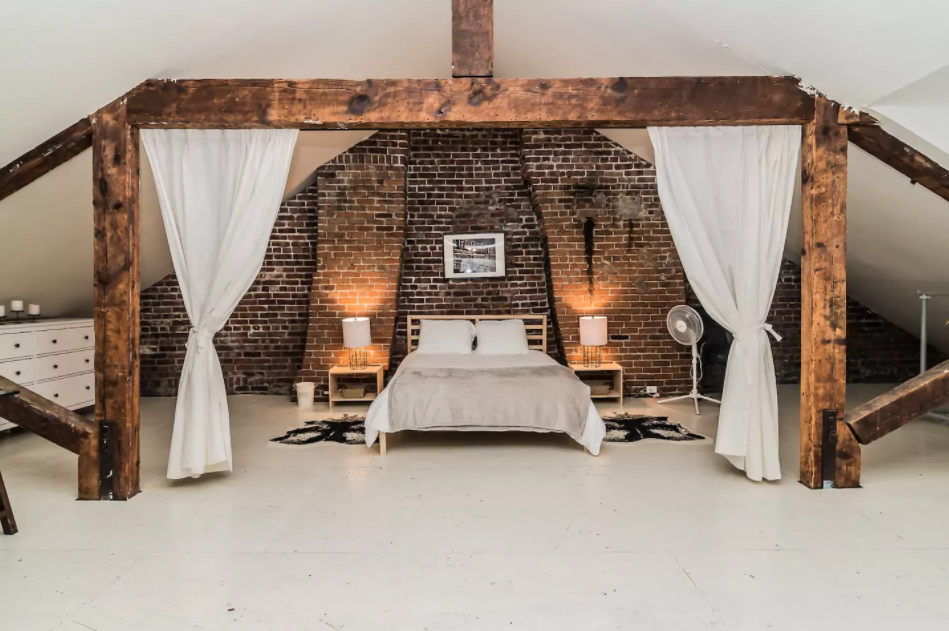 Montreal’s Underground City makes downtown Montreal unique. The “underground city” refers to a set of interconnected buildings and walkways below ground level. Most of the shopping malls, metro stations, hotels and train stations in downtown Montreal can all be accessed via this vast underground network. The Underground City covers 33 km (20.5) of the downtown area and allows Montrealers to escape the cold in winter. Its corridors link up 10 metro stations, 2 bus terminals, 1200 offices, about 2000 stores, around 1600 housing units and more. 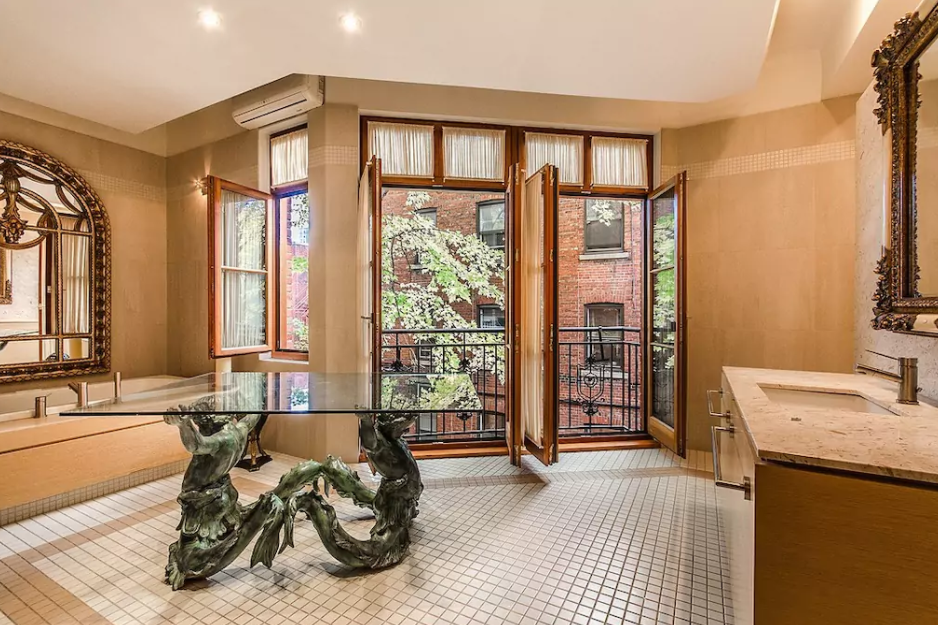 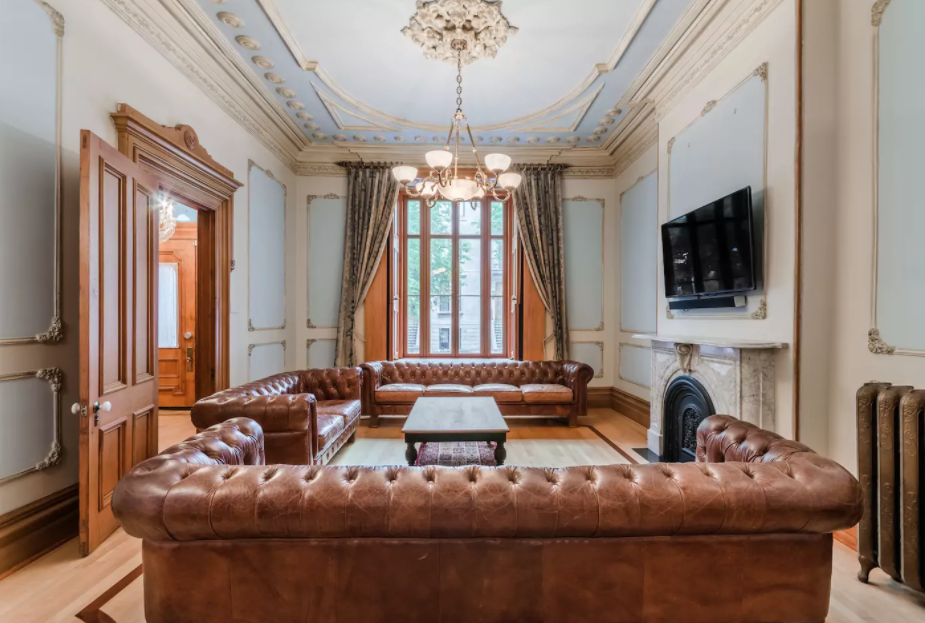 Le Quartier des Spectacles, or “the entertainment neighborhood” is a new and vibrant area dedicated to entertainment. Here, you’ll find Place des Arts, the biggest performing arts center in Montreal. All the major broadway shows, ballets, and operas are performed here. Right besides Place des Arts is a vibrant area dedicated to Montreal’s many renowned summer festivals such as the Montreal International Jazz Festival, the Just for Laughs comedy festival, winter festivals like Montréal en Lumière and more. In summer, there are “invisible” water fountains that spurt from the pavements and light up as you walk by them, and interactive musical swings. There is almost always an event or activity in this area. Visit le Quartier des Spectacles’ website for the schedule. 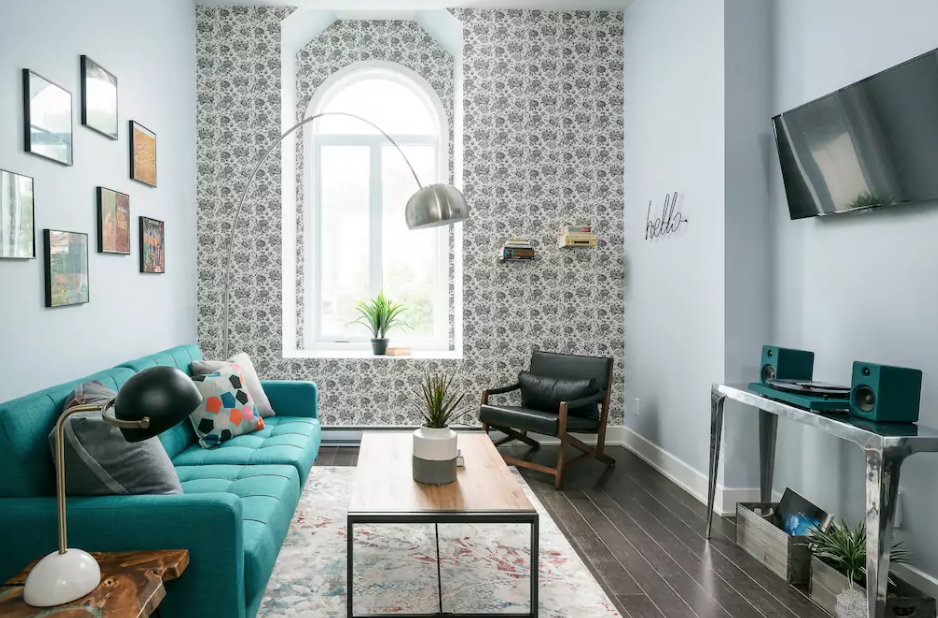 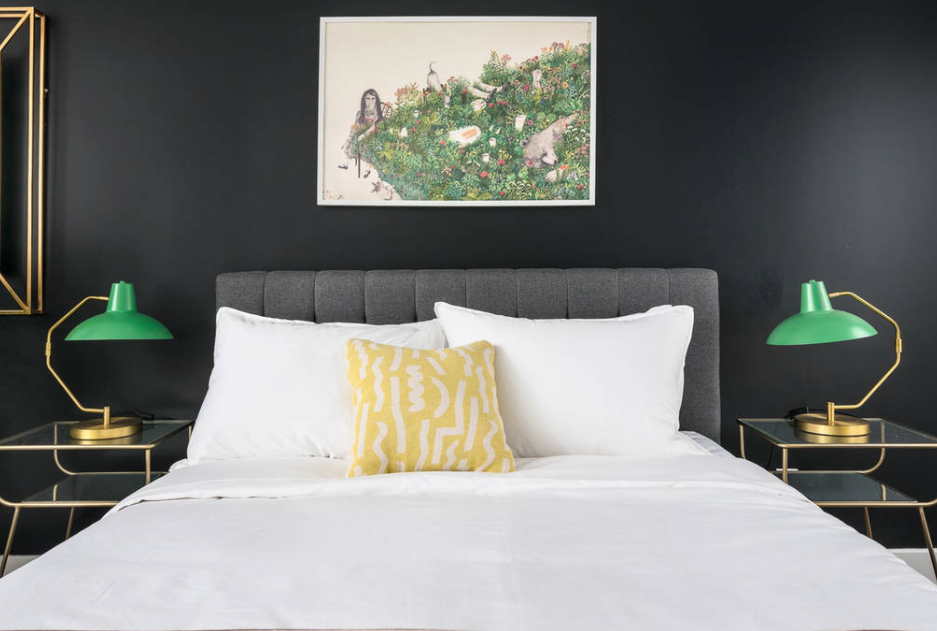 Just a bit past the Quartier des Spectacles is the Latin Quarter. This area runs from one of the two French-language universities in Montreal, the Université de Québec à Montréal (UQAM), to the south end of rue Saint Denis. The colorful area is always filled with students and artsy-type young adults who crowd the cheap restaurants and bars or study in the cafes near Berri-UQAM metro. Montreal’s biggest library, La Grande Bibliothèque, and some smaller theatres like the St. Denis Theatre can be found in this area. 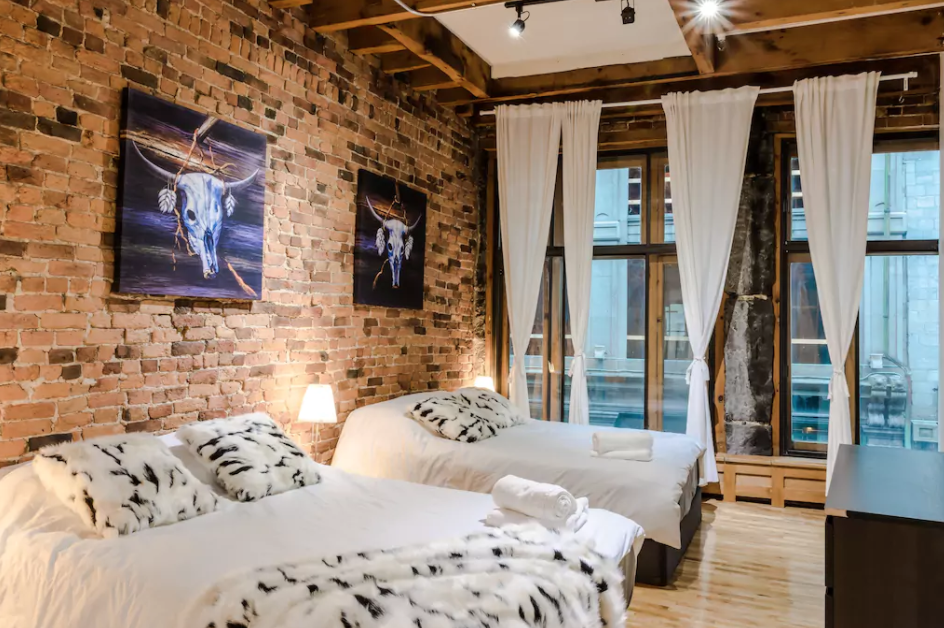 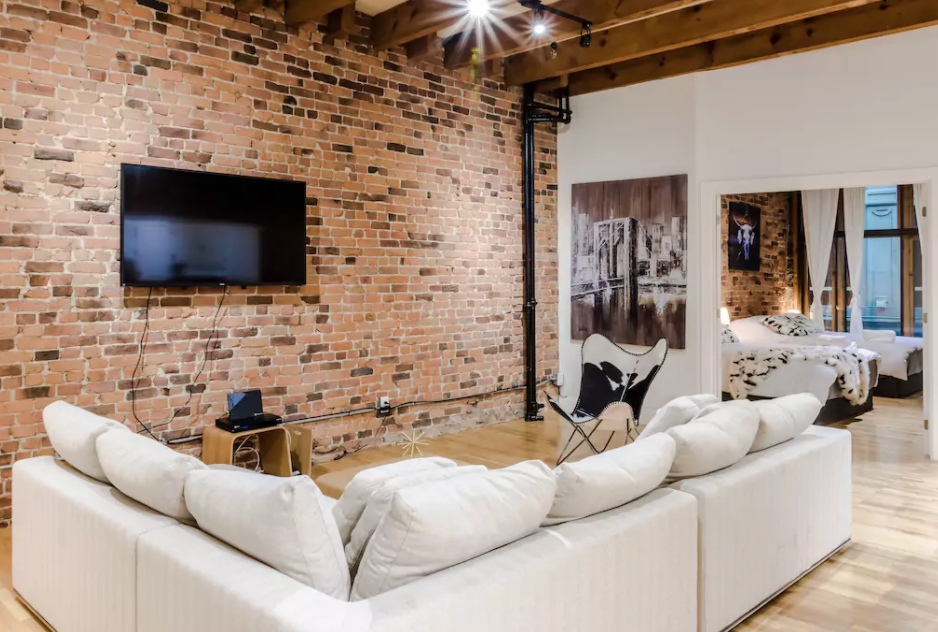 Old Montreal is the oldest area in Montreal and the most vibrant part of the city. Walk along the narrow cobblestone roads past buildings that used to serve as banks and colonial mansions in the 17th century, and see some archaeological remains of some of the first buildings in Montreal — you’ll feel like you’ve been transported to a European city. You’ll also immediately notice many attractions such as the beautiful Notre-Dame Basilica, The Montreal Science Centre, the charming Montreal City Hall and the Place Jacques Cartier, a big square which is always bustling with street performers, caricature artists, and craftsmen selling handmade jewelry. Old Montreal is one of the best nightlife spots in the city with a number of both cozy and classy hotels, restaurants, jazz bars, dance clubs, pubs and rooftop bars where you can enjoy a drink and a picturesque view of the city at the same time. 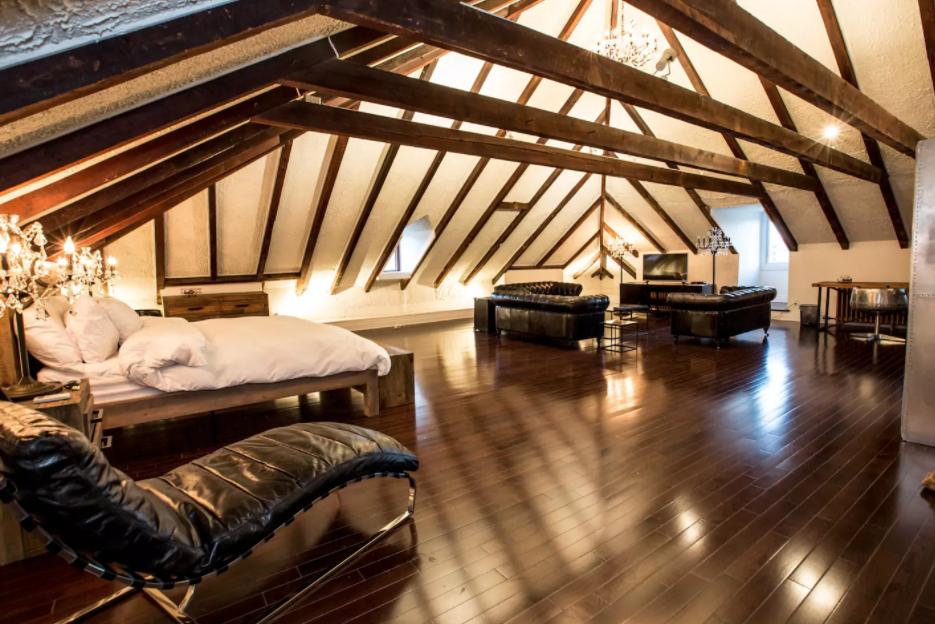 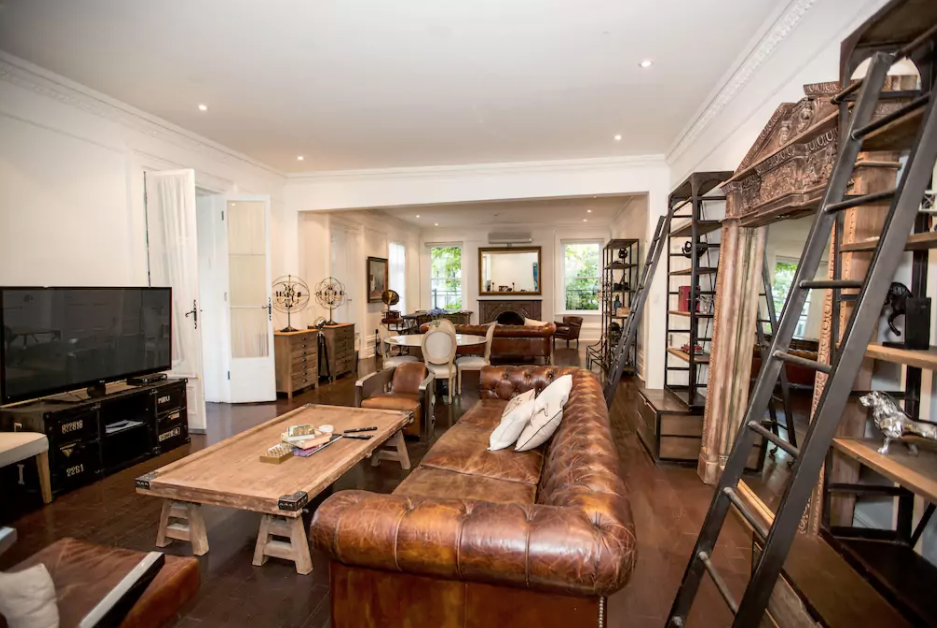 Chinatown sits between downtown Montreal and old Montreal. Chinatown spans for 18 blocks and is bordered by boulevard René-Lévesque (north) and avenue Viger (south), rue de Bleury (west) and avenue Hôtel de Ville (east). Take a stroll on the main street in Chinatown, De La Gauchetière between rue Saint Urbain et rue Clark and grab a snack at one the pastry shops or stop for lunch at one the many restaurants. In the summer, vendors set up tables on the street (which is partly closed off to pedestrians) forming a mini gift market where you can pick up Asian-style clothes, jewelry, or kitchenware. Have a rest in Sun Yat-Sen square where meditation and tai-chi enthusiasts often gather to practice their art. 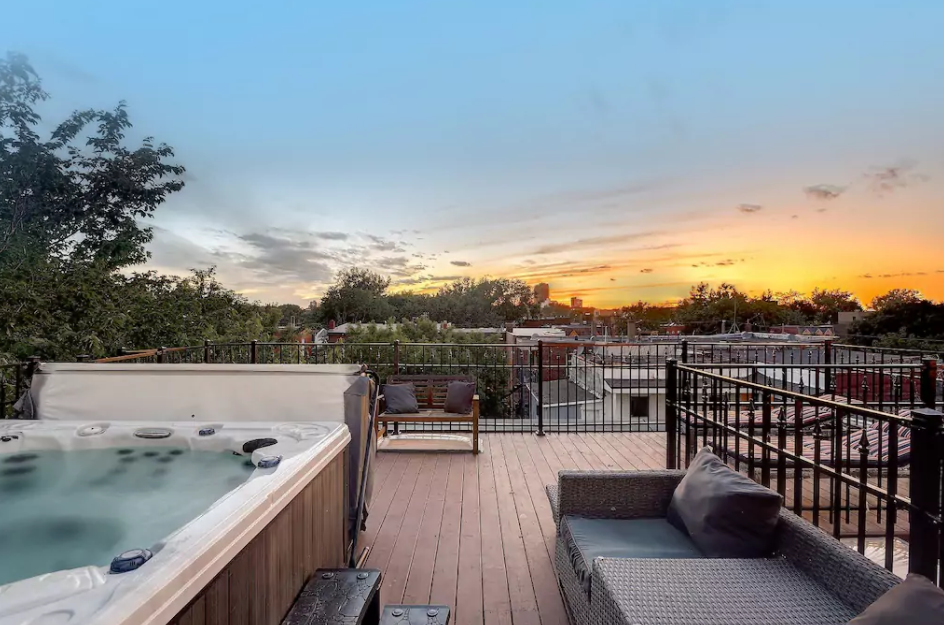 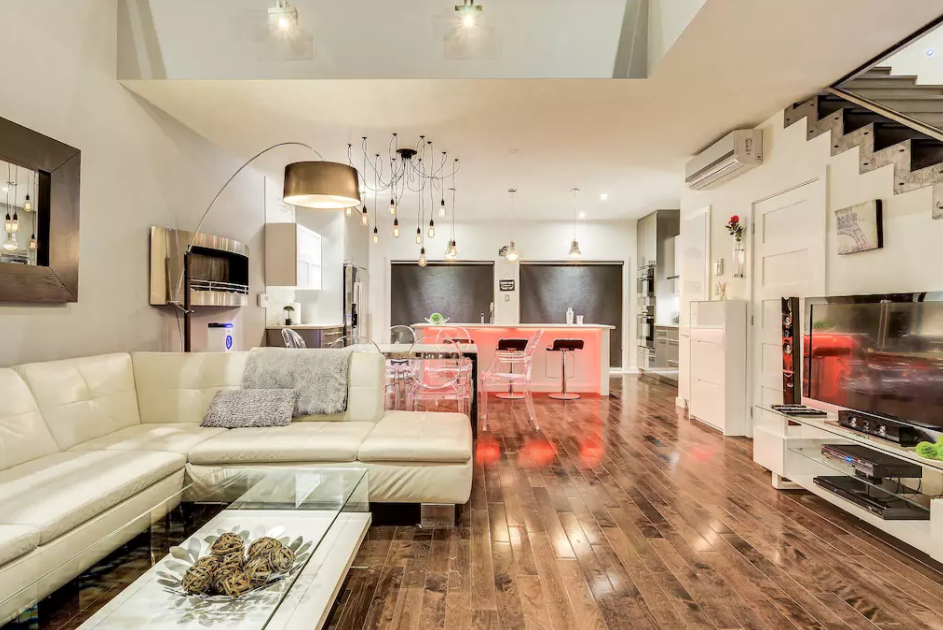 You’ll know you’re in The Village because you’ll see rainbow flags everywhere. Also known as The Gay Village, this is the one of the largest and proudest gay neighborhoods in North America. It runs on and around rue Ste-Catherine east between rue St-Hubert and rue Papineau and is filled with some of the city’s most lively restaurants, bars, and clubs. While there are prominent gay and lesbian communities who frolic in the area, it is a vibrant and upbeat village open to all. Every summer, the Montreal Pride Festival is held, and the whole village turns into one big party. 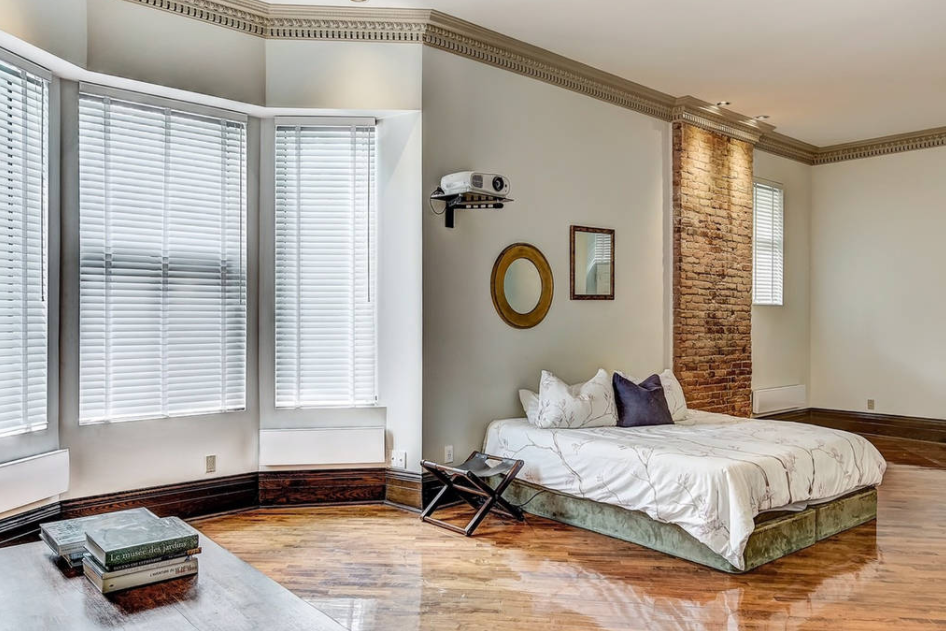 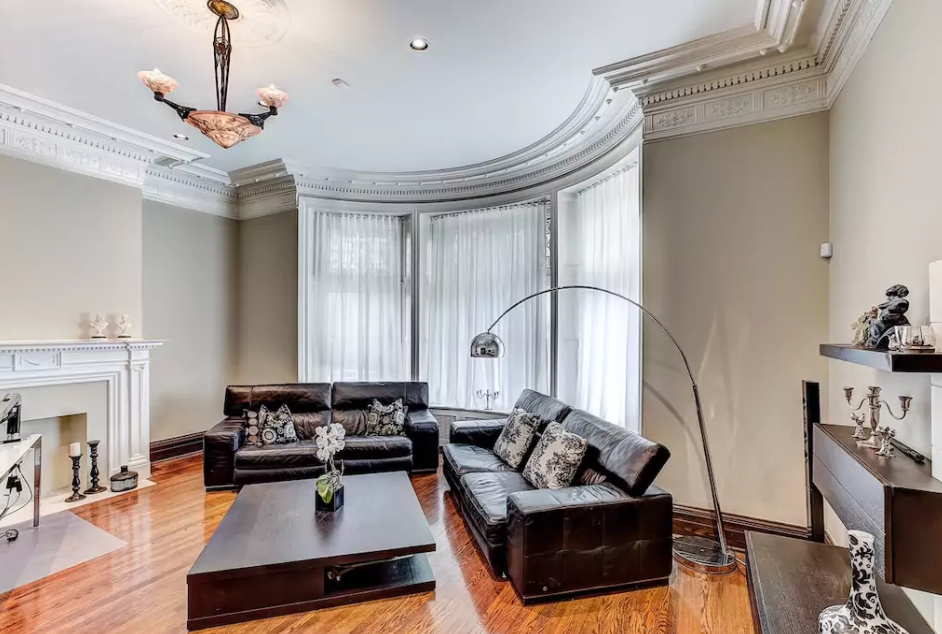 Mont Royal, or as many Montrealers like to call it, “the mountain” is a large hill that’s accessible at the western border of downtown Montreal. Hike up one of the pedestrian trails or cross-country ski along the woods in the winter. Mont Royal is also home to many of Montreal’s landmarks. The Mont Royal cross, which lights up at night, sits on the mountain’s highest point. You can hike up to one of the belvederes, which offer lookout platforms and the most scenic views of Montreal. From downtown, walking up the mountain only takes one or two hours. Parc du Mont Royal is one of the largest green spaces in the city and houses Beaver Lake, a man-made “lake” in the middle of it. 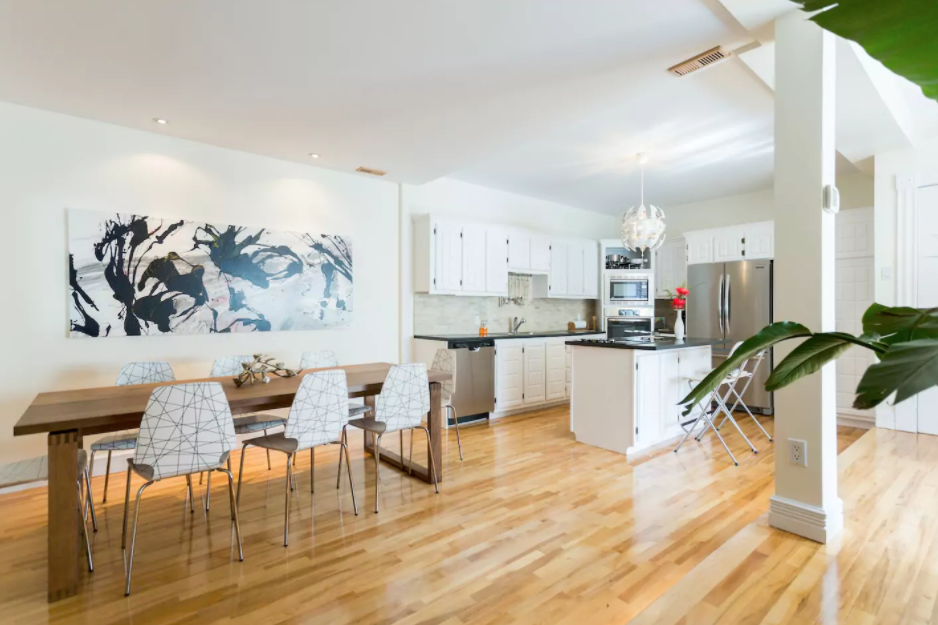 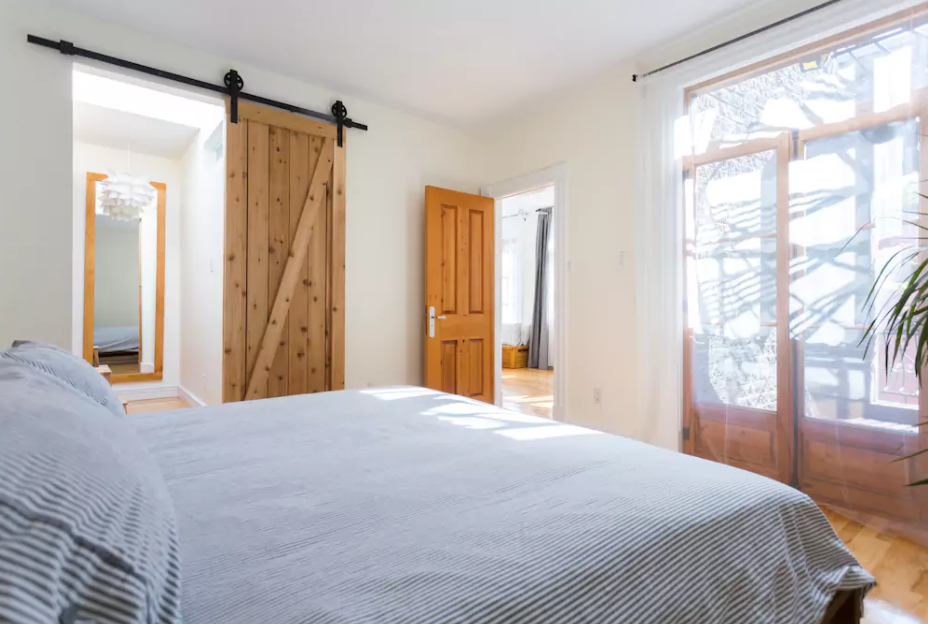 “The Plateau” is a less touristy area north-east of downtown Montreal. A stroll through this area will give you an idea of life away from the busy city. Stroll down Avenue du Mont Royal and its side streets and enjoy a myriad of artisan boutiques, cultural eateries, laid back bars and clubs. 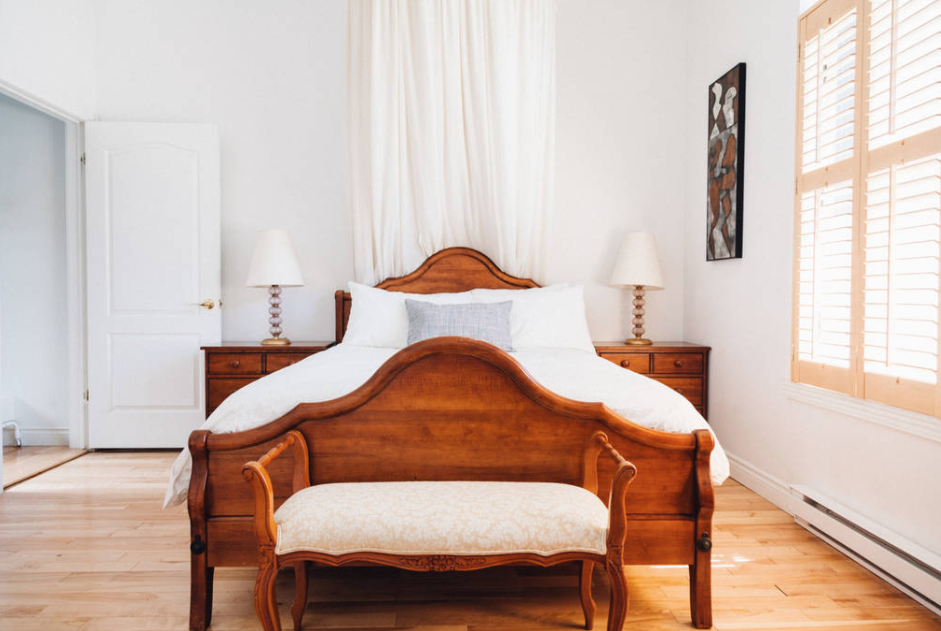 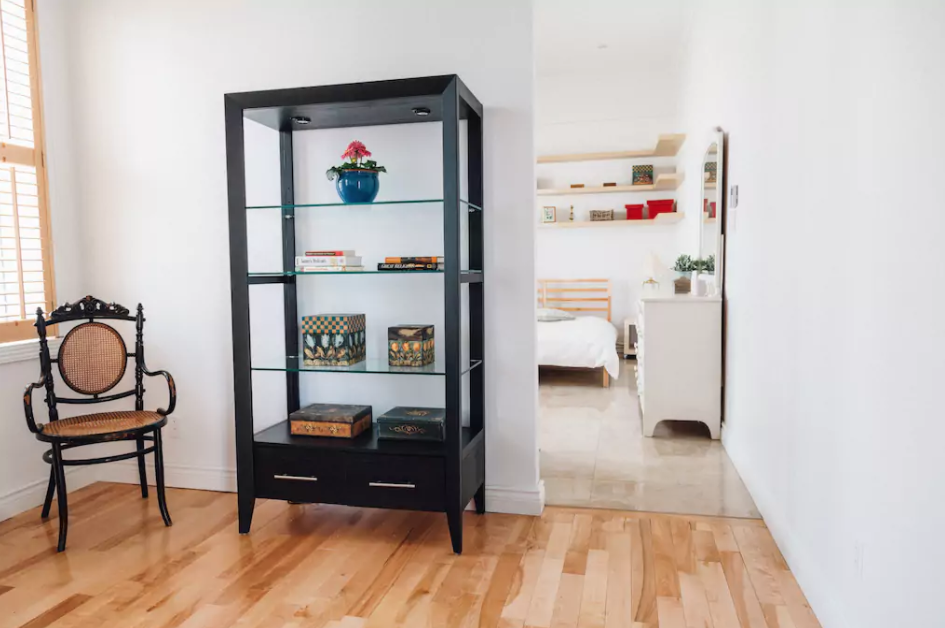 You can’t visit Montreal without visiting the Olympic Park. Situated in the east end of Montreal, about a 20 minute drive from downtown, the Olympic park features the Olympic Stadium that was built for the 1976 Olympics. Take a ride up the Montreal Tower, the world’s tallest inclined tower. The park also includes several family-friendly attractions: The Botanical Gardens, The Insectarium, The Biodome, The Planetarium, and more. The Olympic Park website has a full list of all the attractions.

Tagged
Trip Planning Where to Stay Montreal, Canada
What did you think of this story?
Meh
Good
Awesome

A Gaycation Guide To Montreal for Queer Women