The Florida RV SuperShow is a highly anticipated, if normally predictable, annual event. Each year, RV makers promote new models and features, travel companies hawk everything from gear to camping passes, and recreational vehicle enthusiasts from around the country gather for a few days of frenzied four-wheel revelry.

The 2022 edition of the show, underway now at the Florida State Fairgrounds in East Lake-Orient Park, has already been an anomaly.

Specifically, it’s offering what leading RV manufacturer THOR Motor Coach calls a “look into the future.” At the show, THOR released two prototype concepts for all-electric RVs. These models, built  in partnership with automotive company Roush, represent a coming major shift in one of the most popular ways to travel in the US: via RV. Personal electric vehicles from brands like Tesla and Ford are popular with consumers, but the recreational vehicle industry is just beginning to play catch-up.

“We’ve been focused on an electrification ‘eMobility’ strategy for a number of years and have made substantial progress on our journey,” said Bob Martin, THOR’s CEO, adding that the company has “harnessed emerging technology and co-developed flexible, scalable, and customizable platforms on which our family of companies will build distinct products.”

The primary electric RV concept is dubbed the Thor Vision Vehicle (TVV). The RV will go 300 miles on a single charge, a distance the company notes is within the typical daily driving range of most RV users. The caravan looks like something out of 2001: A Space Odyssey — perhaps appropriate given the whole ‘futuristic’ moniker of the RV design.

This is the Climate Win, the most positive sustainability news around the world every week. 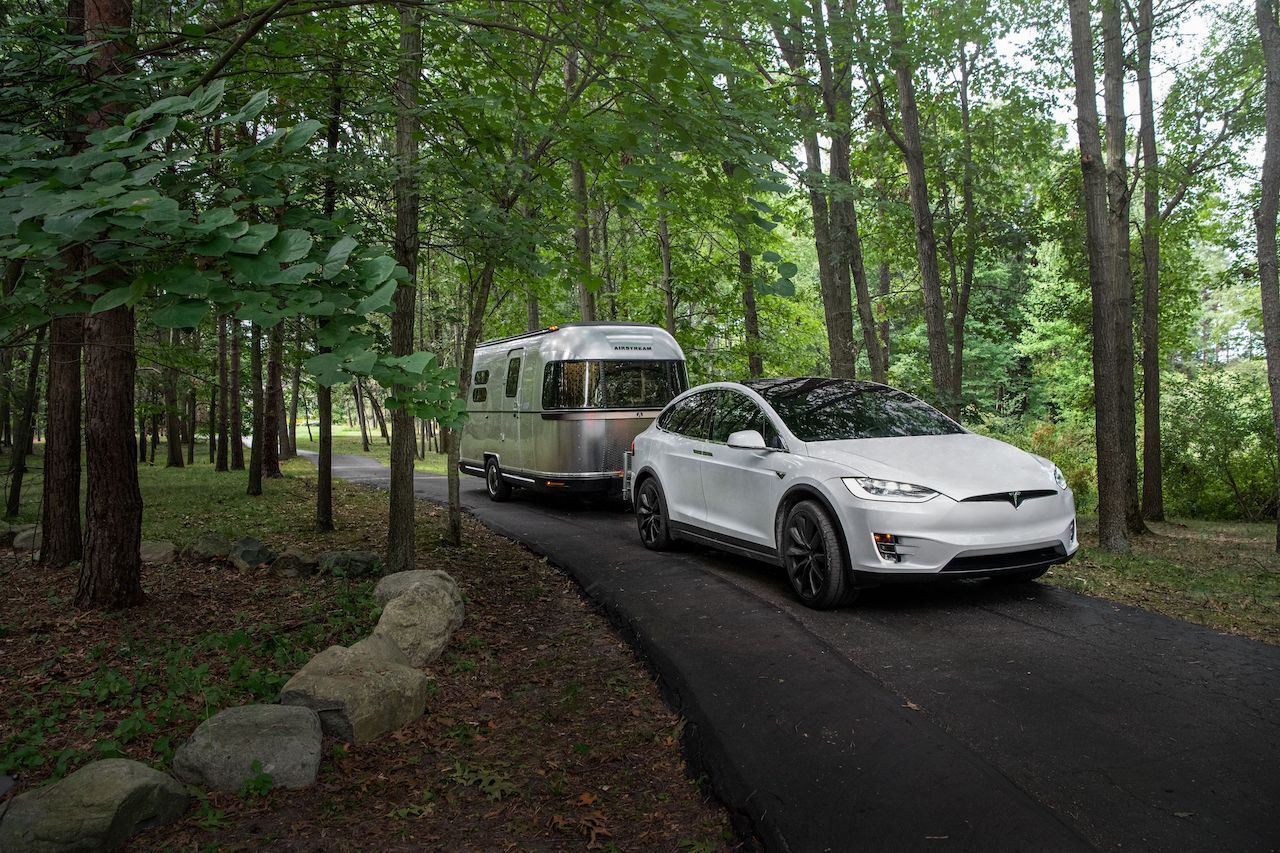 The model that particularly caught Matador’s attention, though, is what’s being dubbed the eStream — an electric AirStream trailer. It’s a typical tow-behind, but built on THOR’s new electric chassis, which the brand claims will drastically reduce the miles-per-gallon drag when towed by gas-powered vehicles. You’ll get even better mileage if you tow with an electric vehicle. The chassis/RV combo is designed to minimize strain on the vehicle’s engine, requiring less power to pull than other tow-behind trailers.

No set release date or price point has been announced for the electric RVs. But if THOR manages to get them to market in the next couple of years, that could land them the honorable title of first American-made, fully-electric caravan RV on the market. Winnebago has also announced an electric caravan concept, intended to push forward innovation in the caravan market following the brand’s recent foray into the electric #vanlife. Zeus Electric and SylvanSport also recently announced they had teamed up to produce an electric RV. The Iridium RV, an electric option from German manufacturers ElektroFahrzeuge Stuttgart and WOF, was the world’s first electric RV when it debuted in 2019.

Regardless of who gets there next, you could be touring the country in an electric RV within the next few years. Sign up via THOR’s website to stay up-to-date on the release of these forthcoming electric RVs.

Climate First Bank, a sustainability-minded and carbon-neutral bank based in Florida, partnered with the United Nations’ Net-Zero Banking Alliance, according to Yahoo! Finance. It is the first US-based bank to do so, representing the start of eco-friendly banking in America. Travelers from all over the country can open accounts remotely at the bank. Normally, a bank invests the money users have in their accounts in profitable businesses, thus making money for the bank. However, there’s no telling if those businesses are earth-friendly. Members of the Net-Zero Banking Alliance commit to lending and investing only with companies meeting or working toward net-zero carbon emissions..

In China — the world’s top emitter of carbon emission — renewable energy will provide 70 percent of its new power needs over the next three years, according to a report in the South China Morning Post. The International Energy Agency made the projection based on the country’s rapid growth in wind and solar power.

Speaking of solar power, it’s about to get much easier for small devices– think smartwatches and off-grid tools — to run on solar power. A study published in the journal Nature Communications released information on the development of tiny solar panels and batteries developed at Stanford that are thin and durable enough to indefinitely power small electronic devices (provided it’s sunny, of course). So here’s to hoping the next generation of backcountry ski avalanche beacons are solar powered, using the battery only as a backup.

Tagged
Road Trips RVing Sustainability
What did you think of this story?
Meh
Good
Awesome