In 2017, I visited Tampa’s Big Cat Rescue and had a private media tour led by Susan Bass. Bass appears in the mega-hit Netflix documentary Tiger King, which premiered to great enthusiasm earlier this month. I heard from friends that the organization run by Carole Baskin (a central and not entirely sympathetic figure in the documentary), is not positively portrayed, but I wanted to decide for myself. From my experience at the sanctuary, I believed Big Cat Rescue had its heart in the right place: Baskin and her colleagues rescue abused and neglected big cats, and lobby the government to enact laws that would make cub petting (the practice of the using cubs as props in photographs for paying customers) and owning big cats as pets illegal. Was I duped? That’s what I wanted to find out.

Like most people, I got sucked into the lives of the characters at the center of the show. It was entertaining to no end. The story kept unraveling in the most dramatic way making for very compelling viewing. There were accusations of murder, of fraud, and in the end one important figure goes to jail for hiring an assasin to kill Carole. It was hard to look away. And there were tigers and lions. Lots of tigers and lions.

Baskin is at the center of many accusations presented by the documentarians, Rebecca Chaiklin and Eric Goode, in order, it seemed, to discredit her and, by extension, her not-for-profit organization. Did she kill her ex-husband Don Lewis and feed him to a tiger? Did she change his power of attorney document so she would benefit from his disappearance? Is she taking advantage of Big Cat Rescue’s volunteers? Is she raking in the money and being a hypocrite for targeting big cat zoos?

To answer some of these questions, Carole posted this statement and provided official documents to disprove some of the claims made or implied in the documentary. For instance, one of the suspicious things Carole did was that she changed Don’s power of attorney to include the word “disappearance” as “an event that would activate the Power of Attorney” — something that is very unusual. But she claims she did this because of Don’s habit of going to Costa Rica and his dealings with a local mafia-type organization. She says Don himself told her about people going to Costa Rica and disappearing. 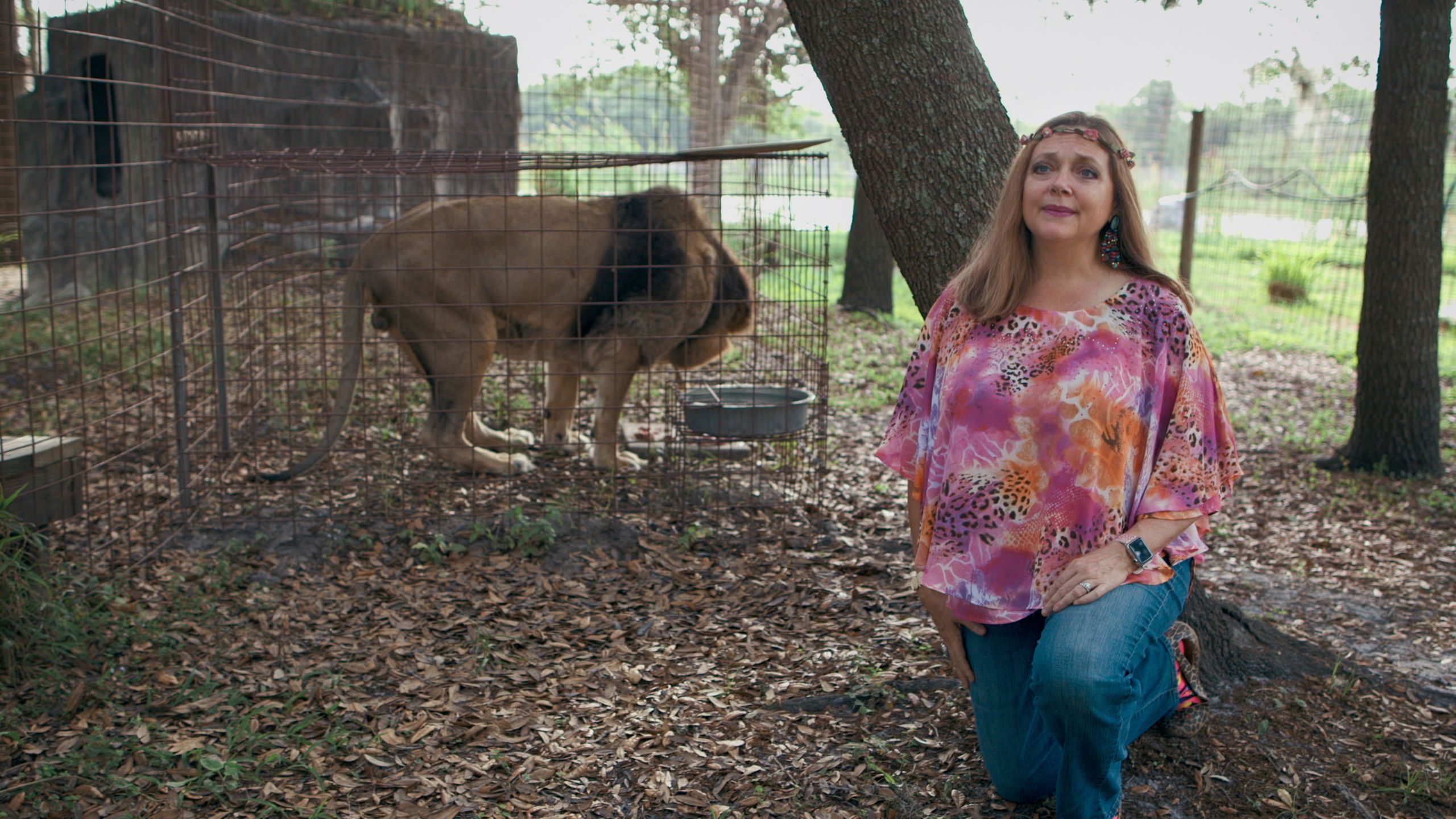 Carole also talks about some of the main people interviewed in Tiger King and paints a larger picture of who they are, seemingly to discredit their words about her. For example, Anne McQueen, Don’s executive assistant, embezzled hundreds of thousands of dollars from the operation (a court ordered her to return the money) but this was not mentioned in the show.

Credibility is an important concept when considering who to believe in the documentary, and I didn’t find anyone credible. Everyone had something to gain financially.

As a video editor, I know quite well how easy it is to manipulate an audience with crafty edits, sound bites, and music. A filmmaker can make someone look guilty just by showing a slow motion clip of them looking into the camera and having eerie music playing in the background. According to Carole and Howard Baskin, Rebecca Chaiklin and Eric Goode approached them about creating a documentary that paralleled Blackfish. Blackfish is a 2013 documentary that was a catalyst for legislation that today helps protect killer whales in captivity. There’s even a term for the backlash that occurred as Blackfish gained popularity: the Blackfish Effect. No doubt the operators of Big Cat Rescue were looking for a “ Tiger King Effect” when they agreed to be filmed.

The resulting documentary is not comparable to Blackfish though, which disappointed the Baskins. They felt they were lied to. According to Carole, instead of the filmmakers staying true to their original intention of focusing on the animals, the directors chose to focus on the drama between the central characters. Though it’s certainly Carole’s right to protest her portrayal on Tiger King , one might also want to take her criticisms with a grain of salt; after all, there’s a non-zero chance she might have murdered her first husband and fed him to a tiger.

We’ll likely never know whether or not Carole is guilty. The fact remains that the animals were simply a backdrop in Tiger King; they became live props. Chaiklin and Goode defended themselves by admitting they did intend to focus more on the captive tigers but as the story unfolded the documentary’s trajectory evolved.

The welfare of the animals did not seem to be a priority for the filmmakers or for most of the people featured in the show. These big cats in small cages, cubs being torn from their mothers at birth, and tigers being killed because they’re no longer generating profit — became secondary.

Which brings me to the main issue: The filmmakers had an opportunity here to make their story about the mistreatment of these animals and drive home the horrendous practices being used in the big cat industry in the US, but they chose to compromise that mission in order to create as sensational a narrative as possible.

The villainization of Carole Baskin could have a larger negative impact on the Big Cat Rescue organization, which does a lot of great things for the benefit of big cats. It donates to conservation projects to preserve cats in the wild. It lobbies Congress on behalf of the cats’ welfare. It provides professional veterinary care to the cats. And while the documentary depicted the sanctuary having huge crowds and small cages, that was also a result of selective editing. The crowd shown was from a once-a-year event, whereas normally guided groups do not exceed 20. The smallest, 1,200-square-foot enclosure was also shown, though Baskin says that the largest is over two acres with natural foliage.

While Big Cat Rescue is facing an unfair level of backlash, which could result in a decrease in vital support for the tigers under its care, Joe Exotic’s celebrity is only rising.

Joe Exotic — real name Joe Maldonado-Passage — has been elevated to icon status by this documentary, a person who spent years abusing big cats, abusing his staff, and killing his animals. Even though he’s now spending 22 years in jail, he receives fan mail from all over the world. It’s only a matter of time before he cashes in his fame on a book deal or a movie. Cardi B tweeted she was going to start a GoFundMe for better legal representation (though she later claimed to be joking, about the GoFundMe, not her support of him).

Even though Tiger King became a “shockumentary,” there is still hope that it might ultimately help abused big cats find more loving, safe homes, and lead to better laws that protect them. Joe Exotic is already working with PETA to provide information of several other people in his circles that are guilty of mistreating big cats. More people will become aware that around 5,000-10,000 tigers live in captivity in the US despite the fact that there are only 4,000 tigers left in the wild. Perhaps tourists will even think twice before taking part in activities like petting cubs and posing in photos with them. In the end Carole Baskin, killer or not, might find that the documentary has left behind a better world for big cats after all — even though the filmmakers seemed to give up on that central mission in the name of memes.

TVWhat We Lose When Food Shows Are Celebrity Focused
Tagged
Documentaries Entertainment TV Wildlife
What did you think of this story?
Meh
Good
Awesome