TODAY MARKS THE START of the Hindu festival of Holi. Holi is primarily celebrated in India and Nepal, and marks the end of winter and the beginning of spring. There are countless winter’s-end festivals around the world, and most of them fly under our radar here in the west. Holi is the exception, because Holi is easily the most colorful holiday on the planet.

The festival features a “color fight,” which is a raucous street party in which total strangers throw colored powders on each other. 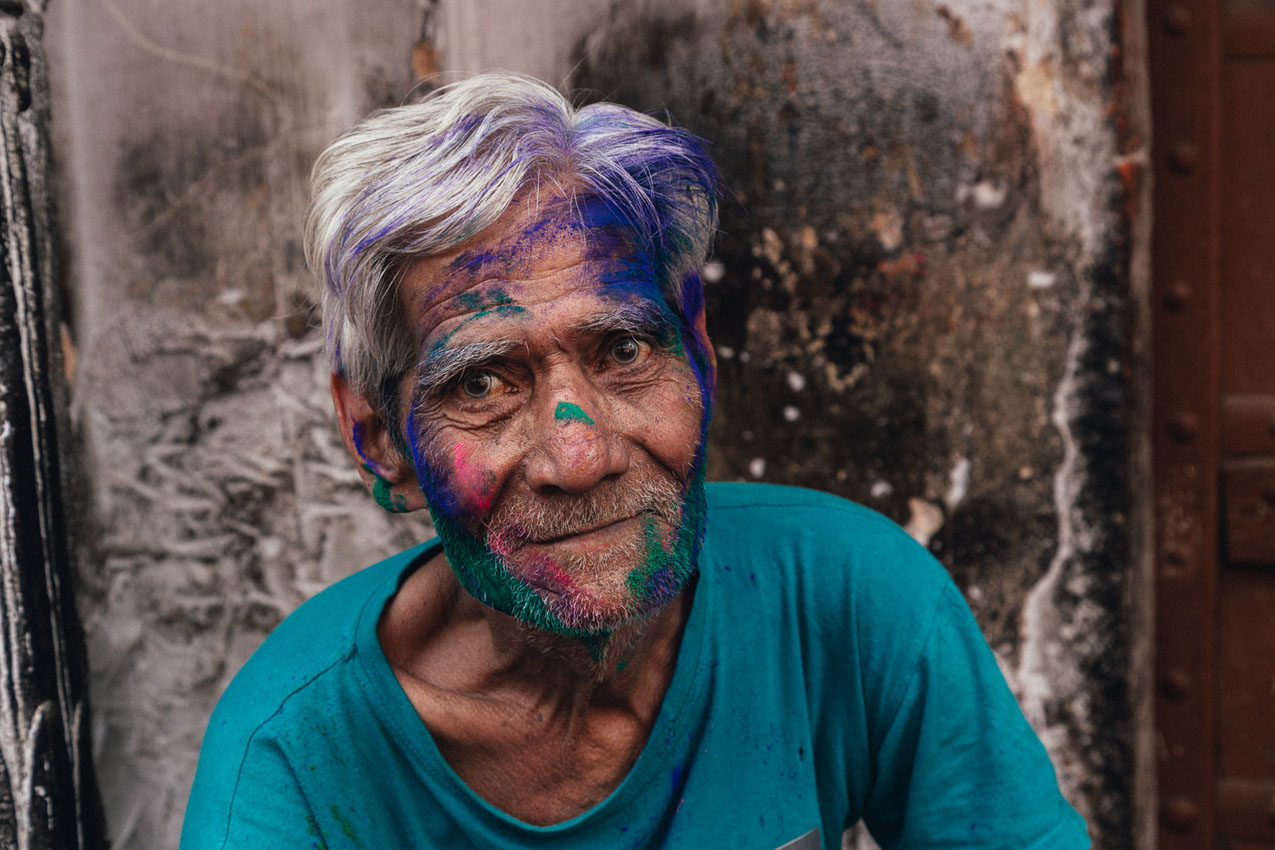 The holiday starts the night before the color fight with a giant bonfire that burns Holika, a Hindu demon. Celebrants say prayers that their internal evils will be burned up with the demon.

The fire. Photo by Ross Tabak.

The next morning, the festival that most of us recognize as Holi begins. Revelers stock up on colored powders, water guns, water balloons filled with a colored solution, colored foams, and go to town on anyone in sight. 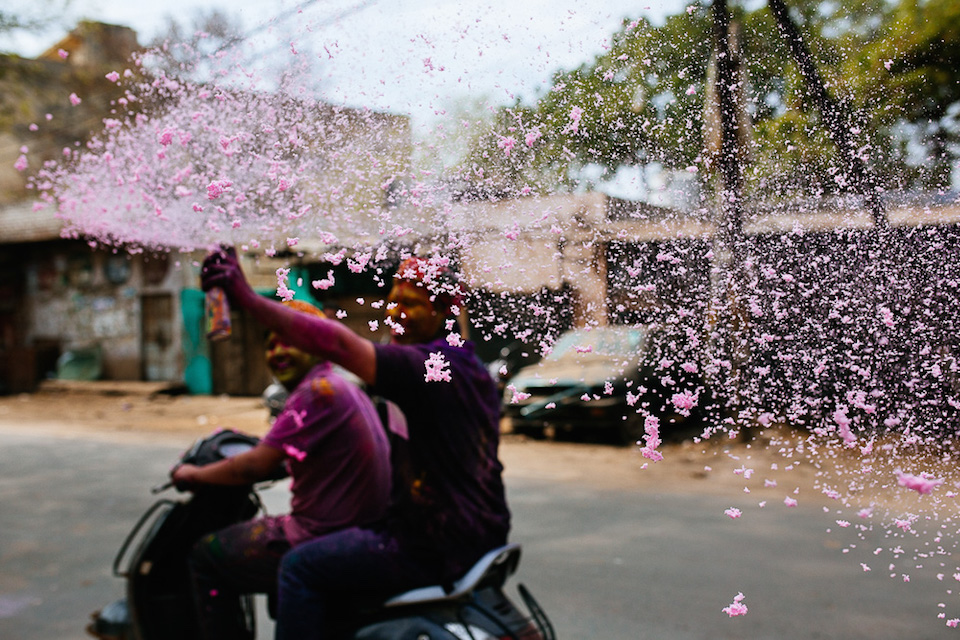 Partiers on a motorbike spray colored foam onto passersby in Mathura, India. Photo by Nicola Smernic. 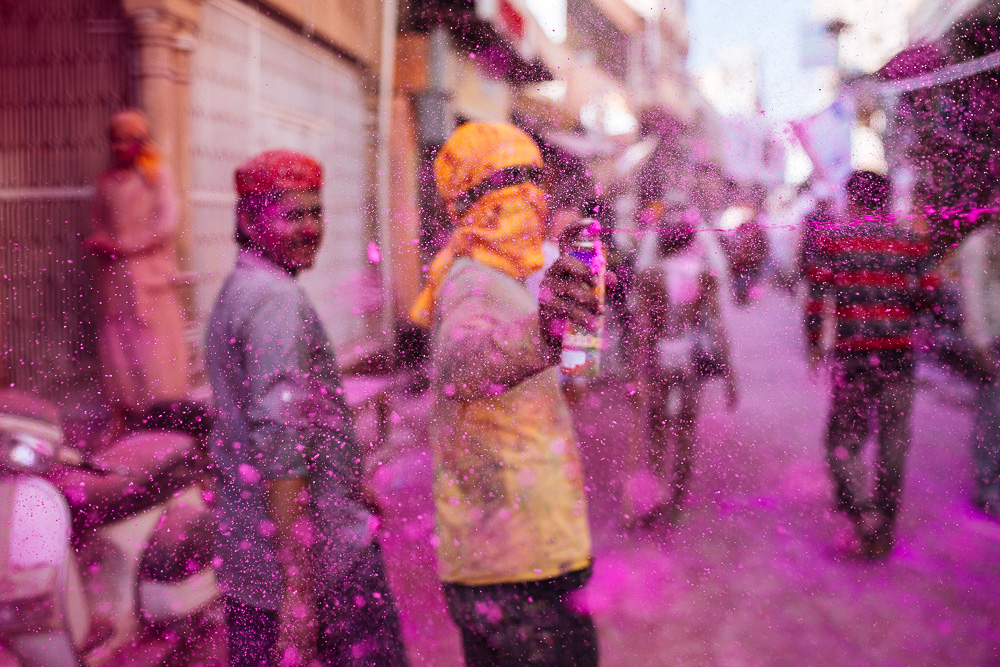 Getting sprayed in Vrindivan, India. The spray is tough to get off your skin — oil helps. Photo by Nikola Smernic 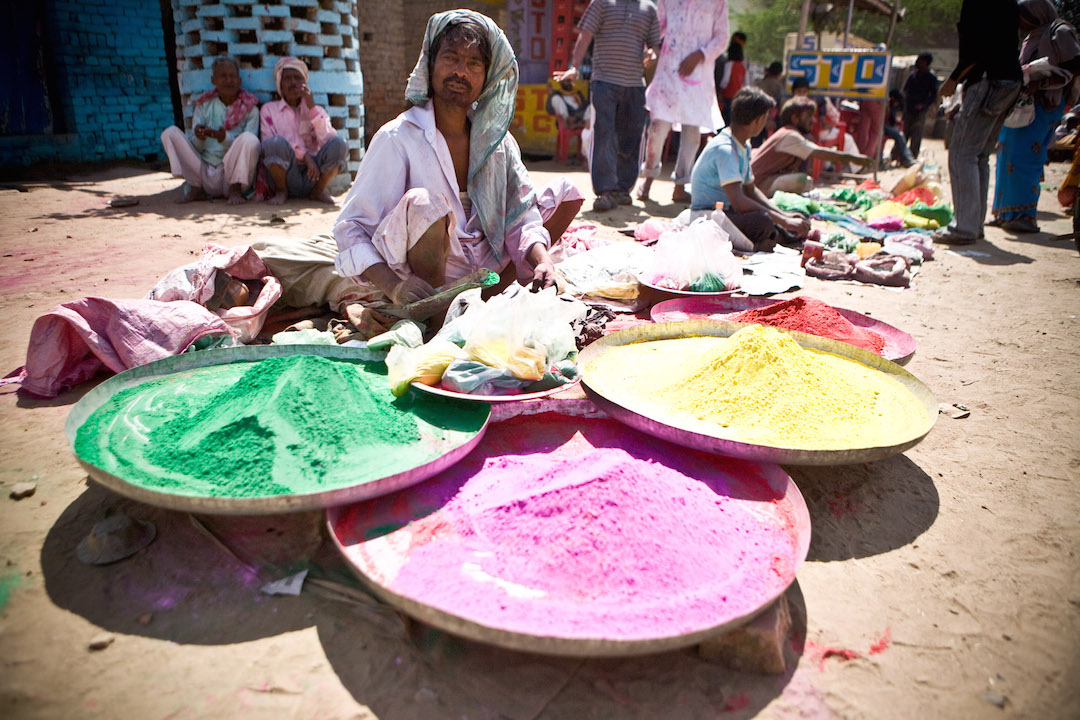 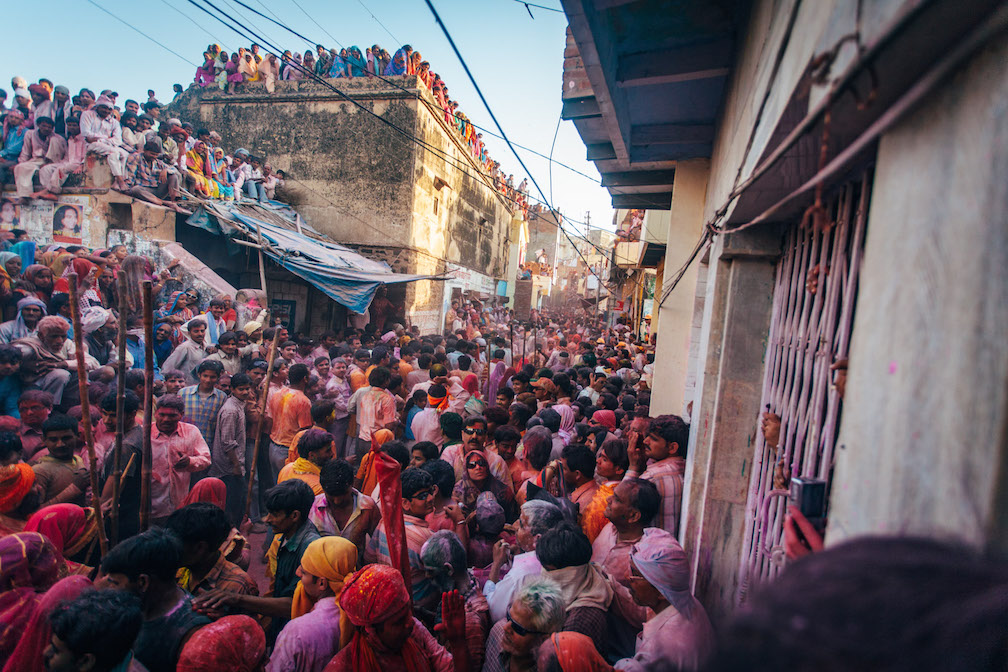 People fill into the streets at the start of the festival. Photo by Scott Sporleder. 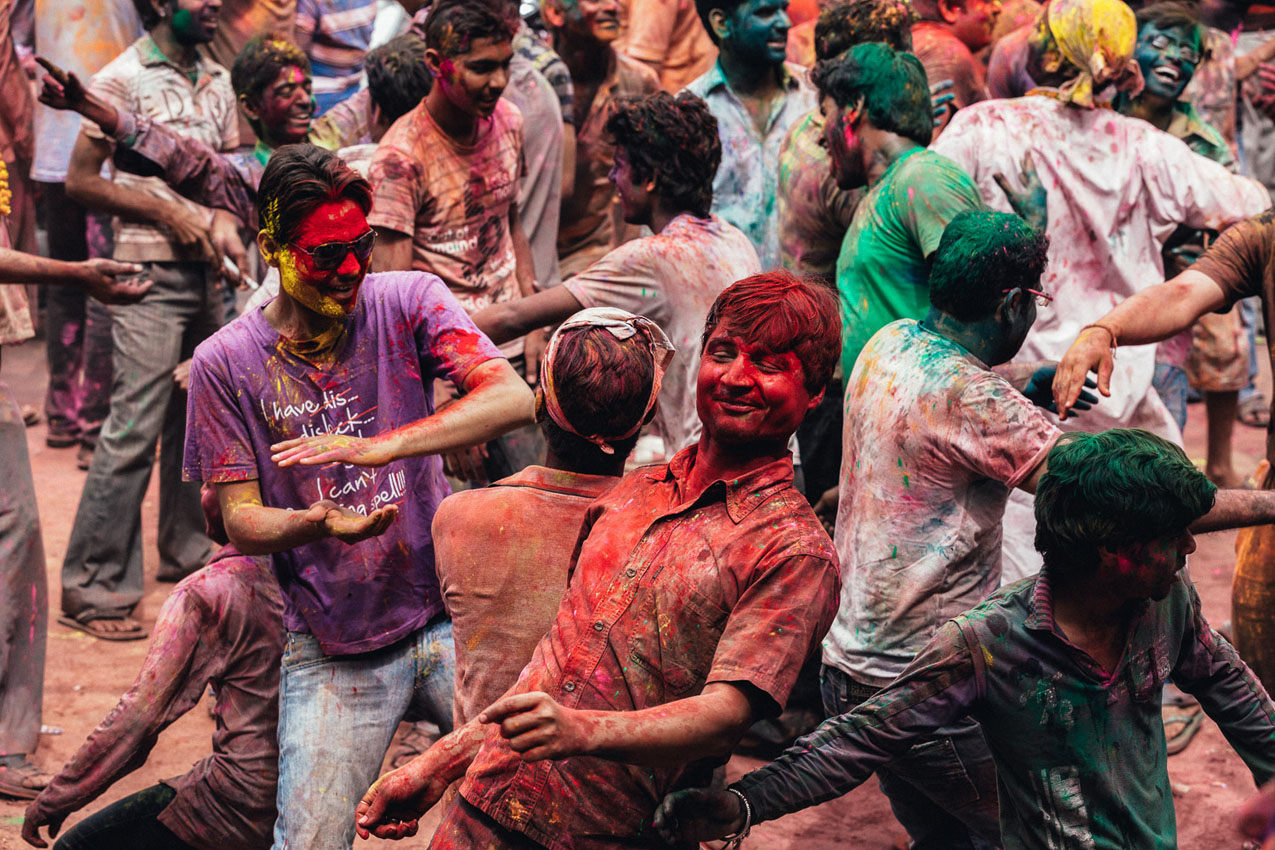 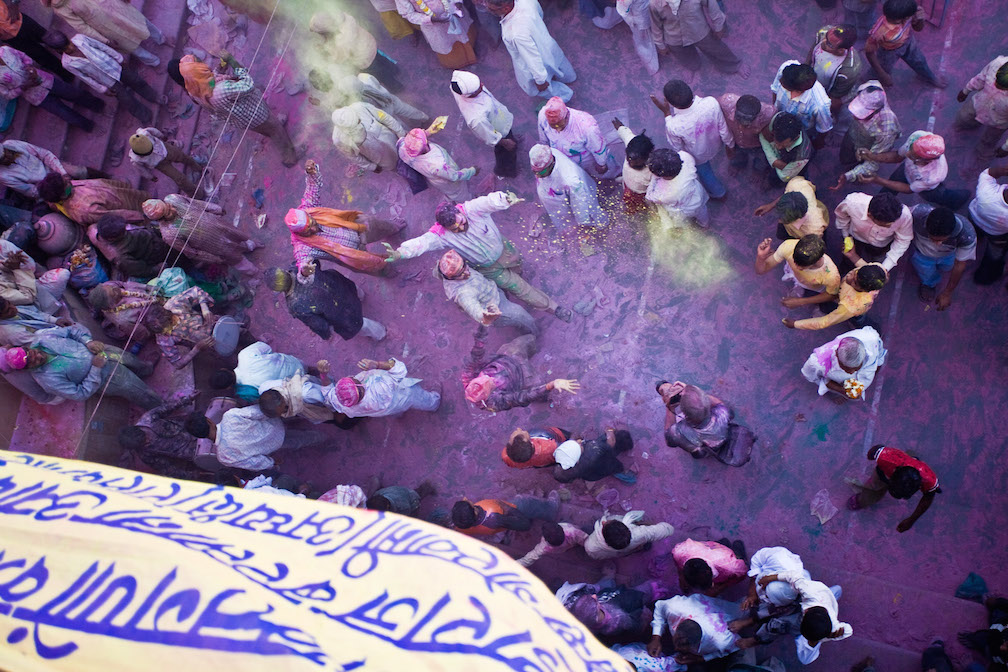 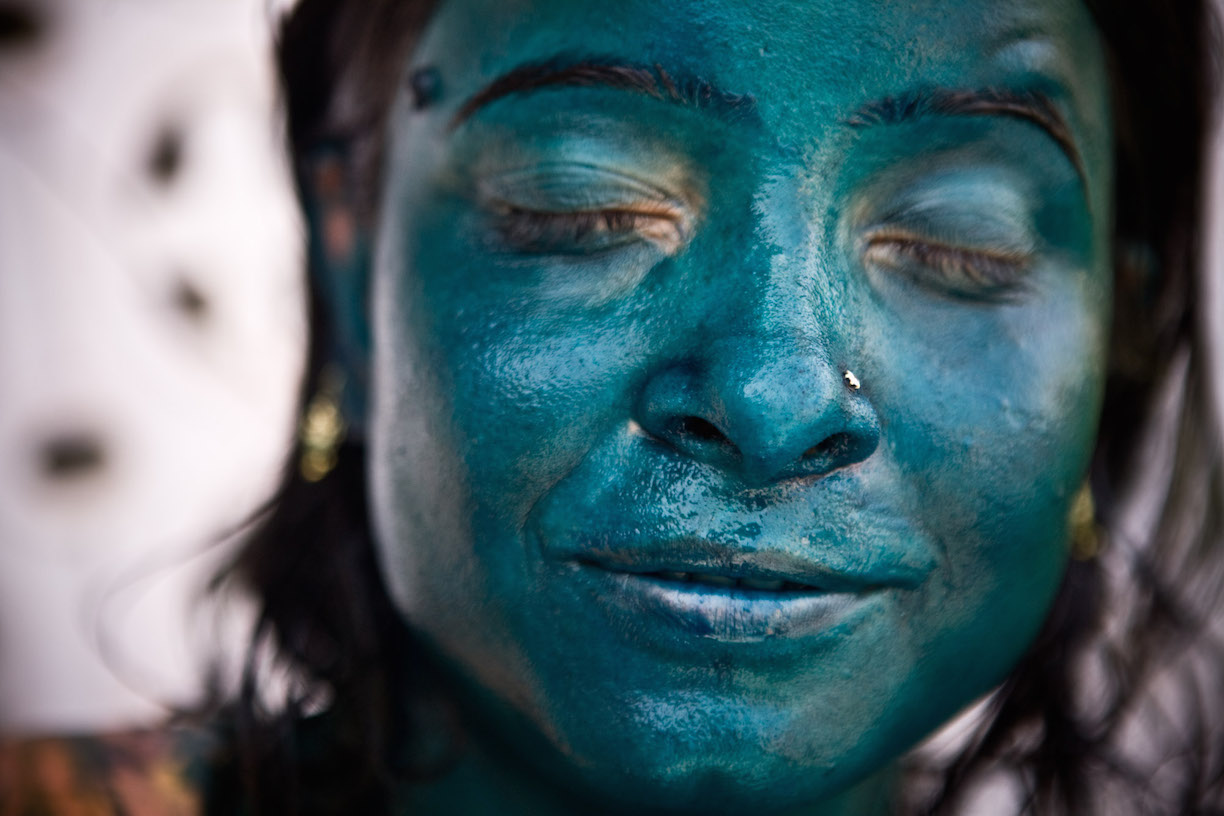 In some places, the celebration takes the form of a battle of the sexes, pitting men against women. Photo by Scott Sporleder. 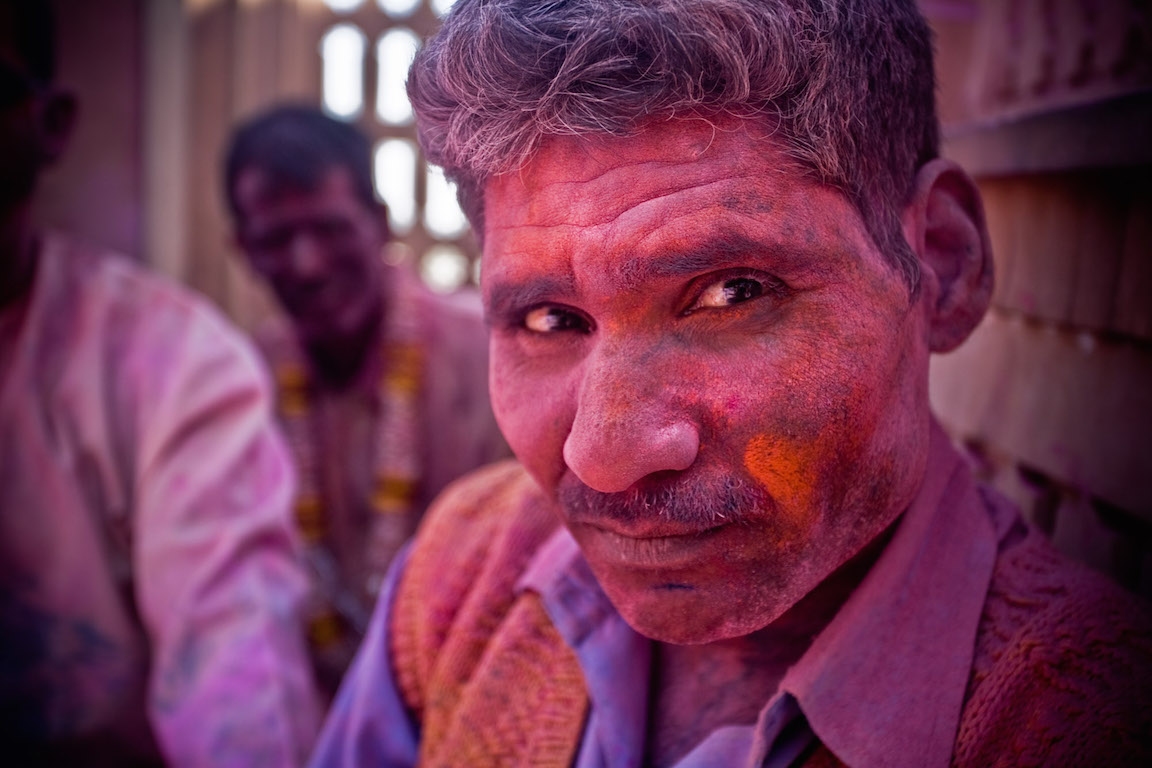 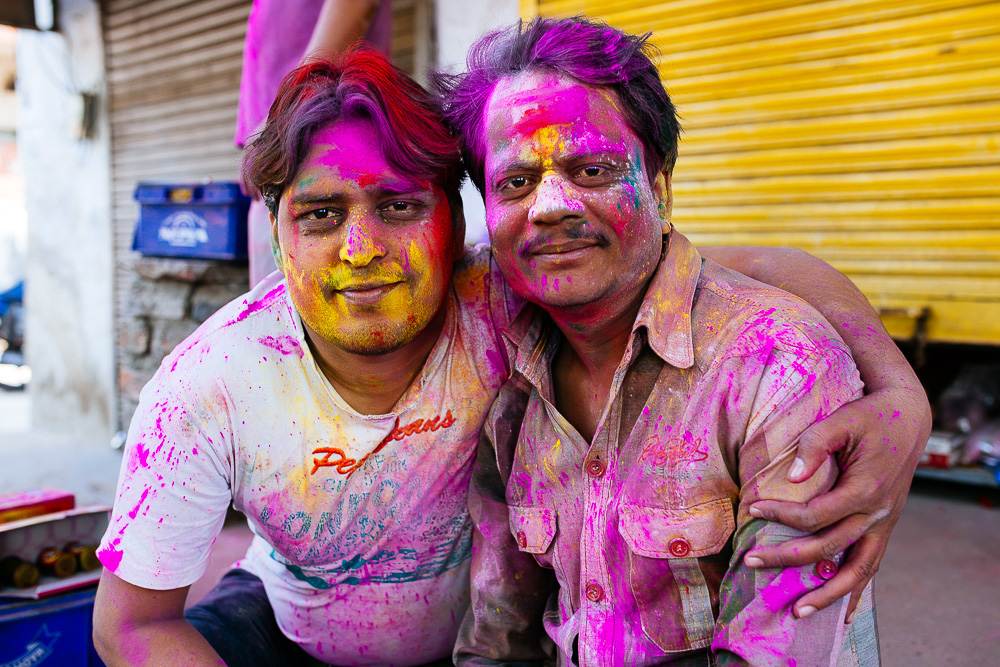 Kind people on the streets of Mathura playing Holi. Photo by Nikola Smernic 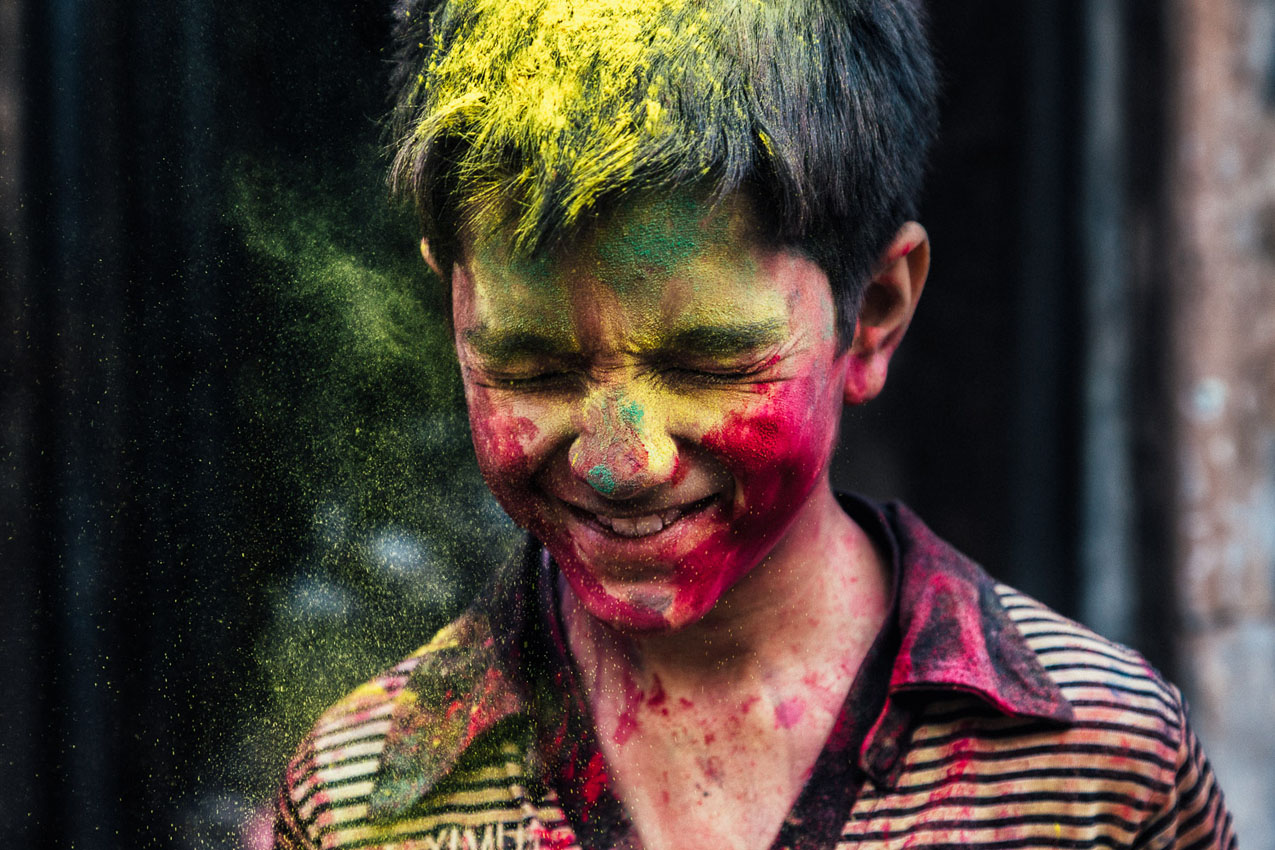 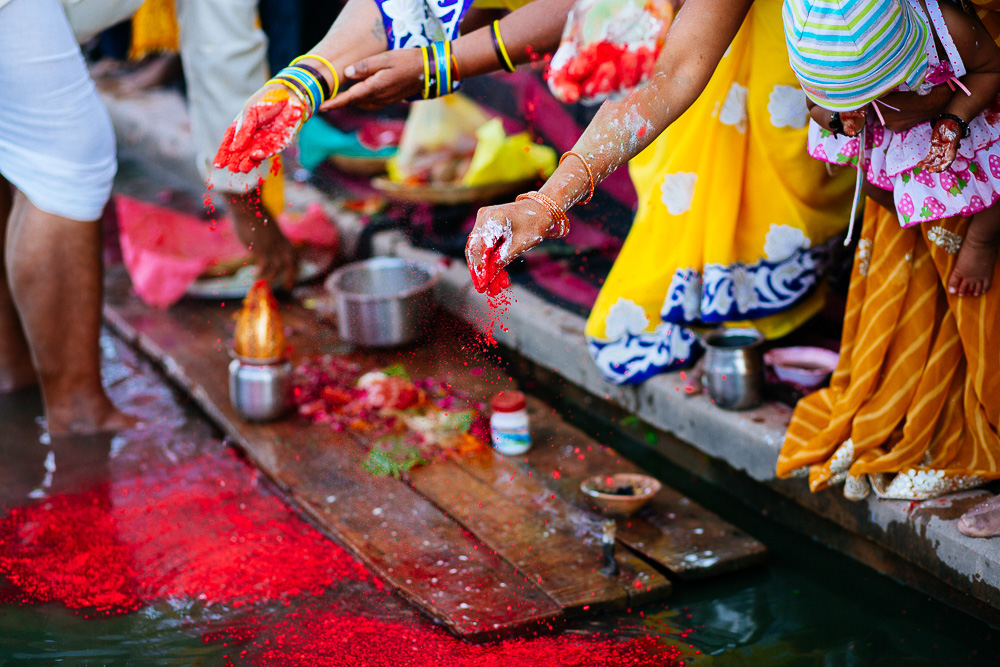 On the bank of the Yamuna River in Mathura, worshippers say prayers and throw powder into the river waters as part of the ritual. Photo by Nikola Smernic.

After the Holi celebration in Darjeeling, photographer Ross Tabak said the streets looked like there’d been a “clown massacre.” 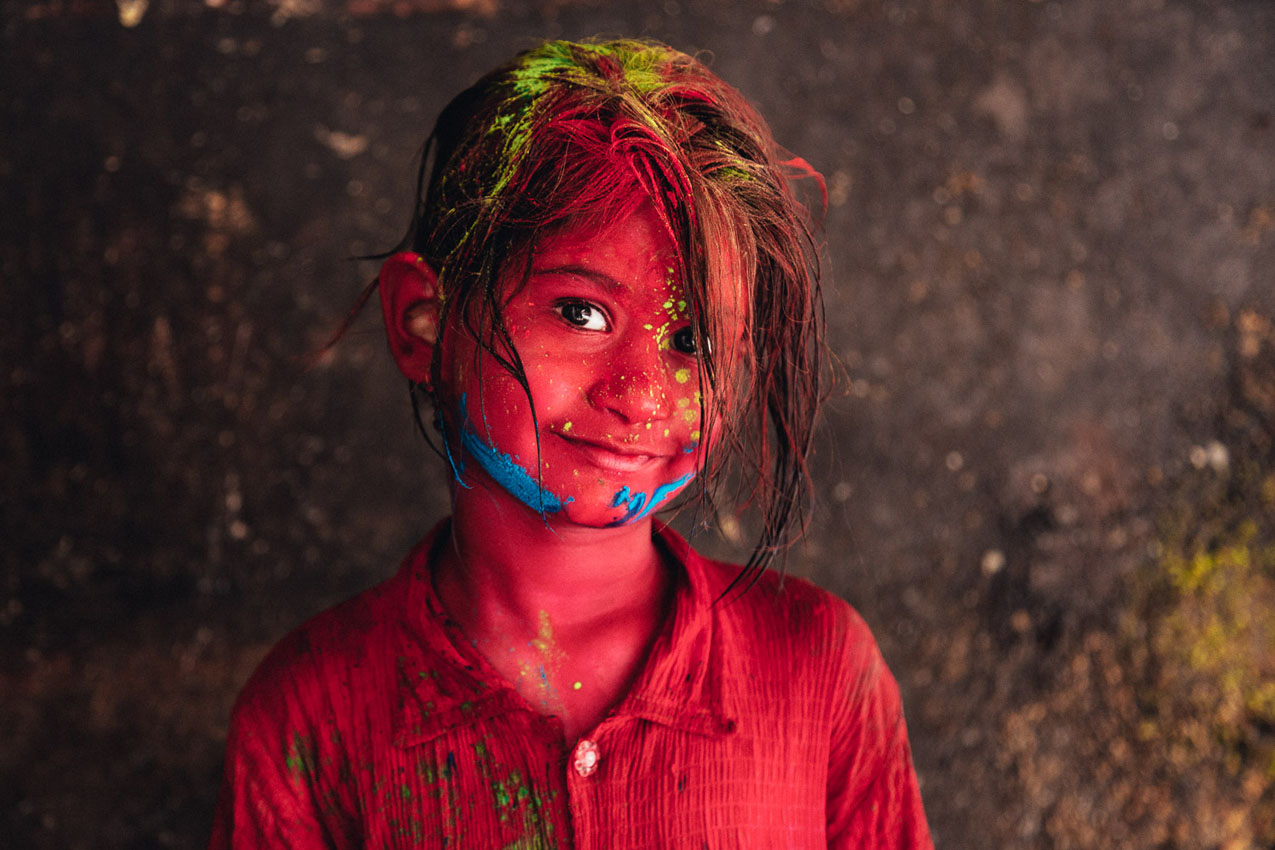 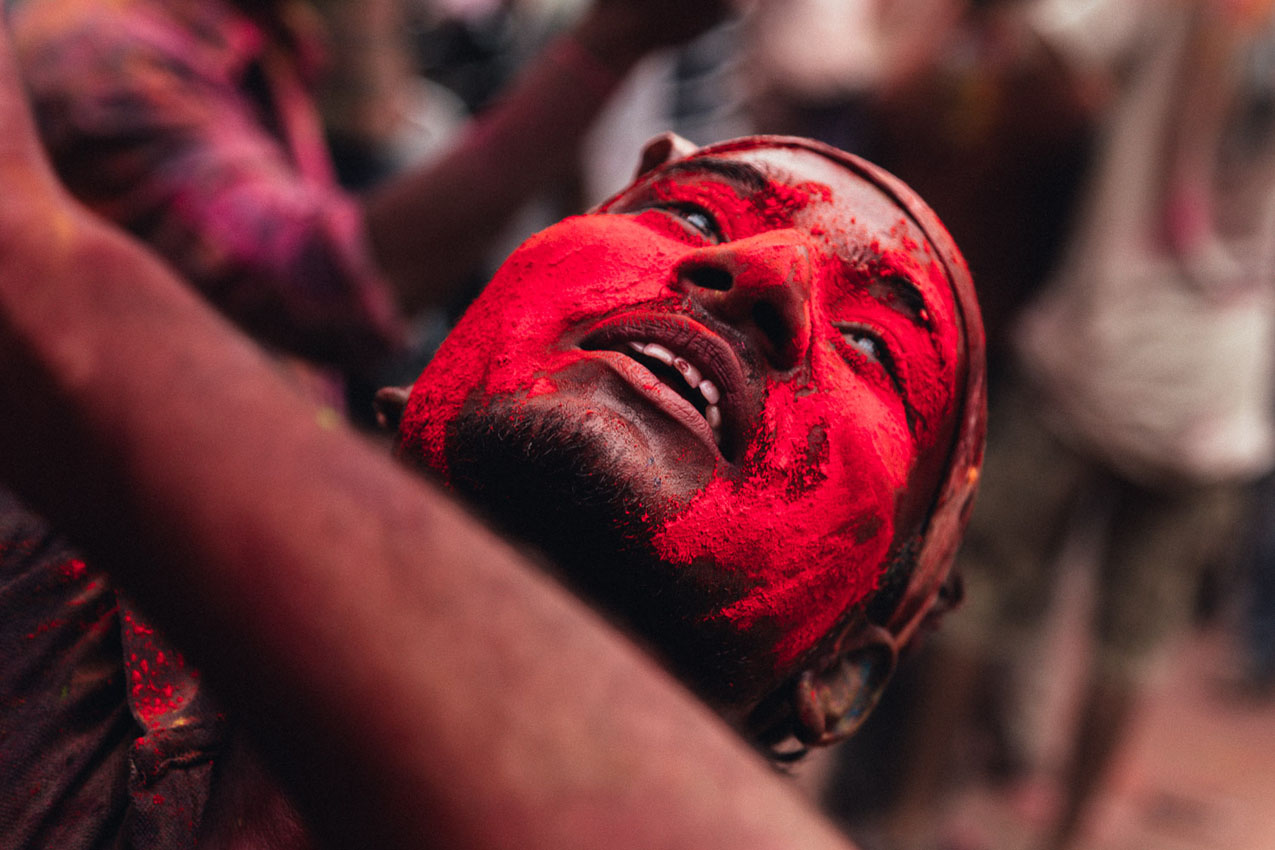 The festival’s colorful and playful reputation has made its way to the west. In Spanish Forks, Utah, a massive Holi celebration (marketed “The Festival of Colors”) takes place outside the Sri Sri Radha Krishna Temple. 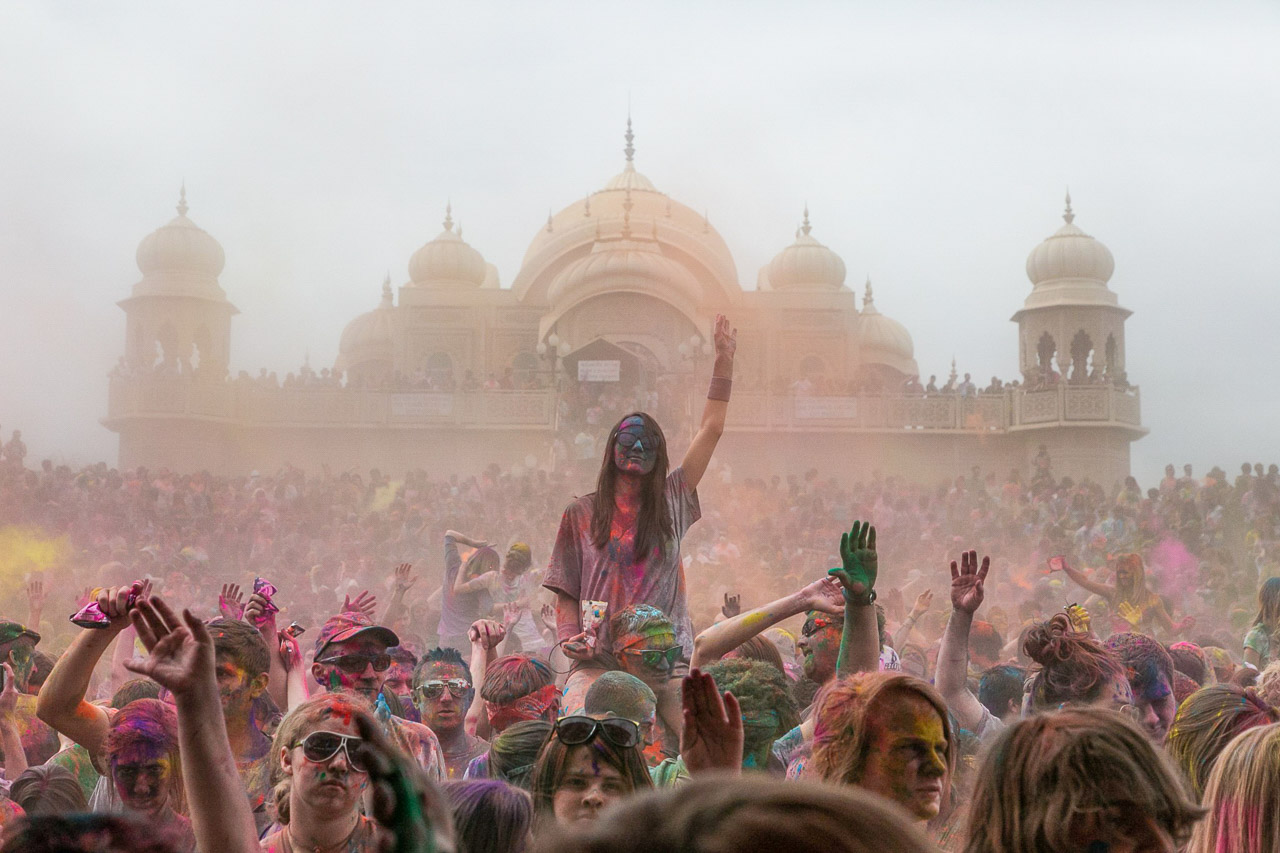 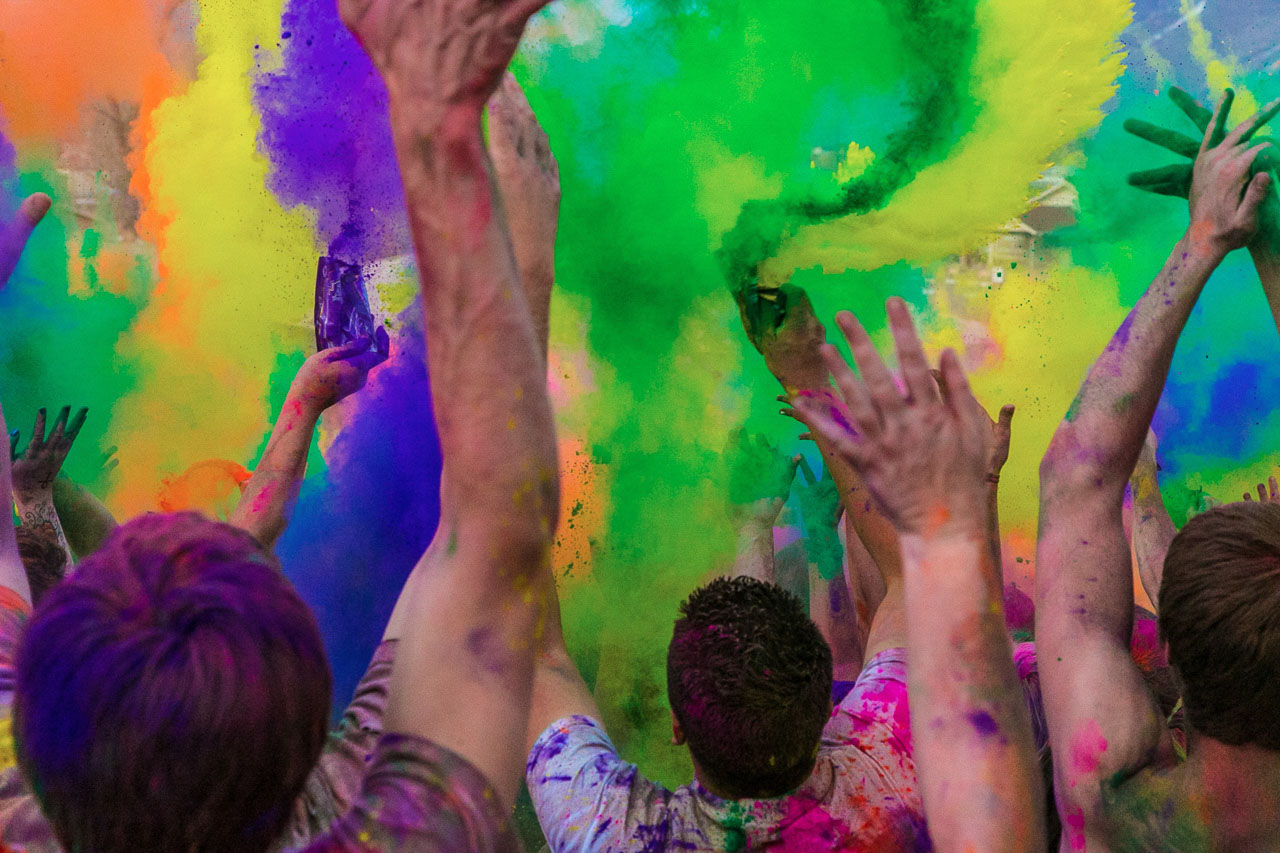 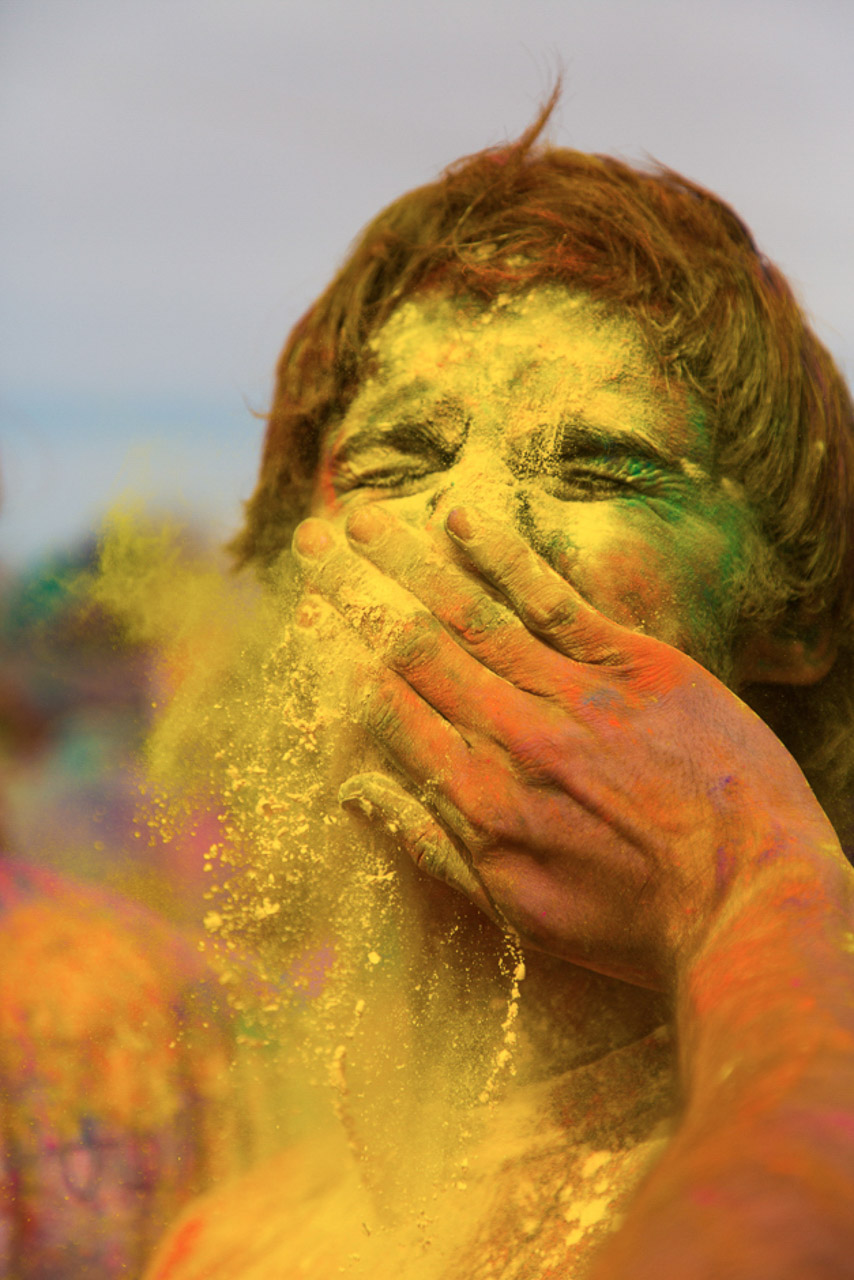 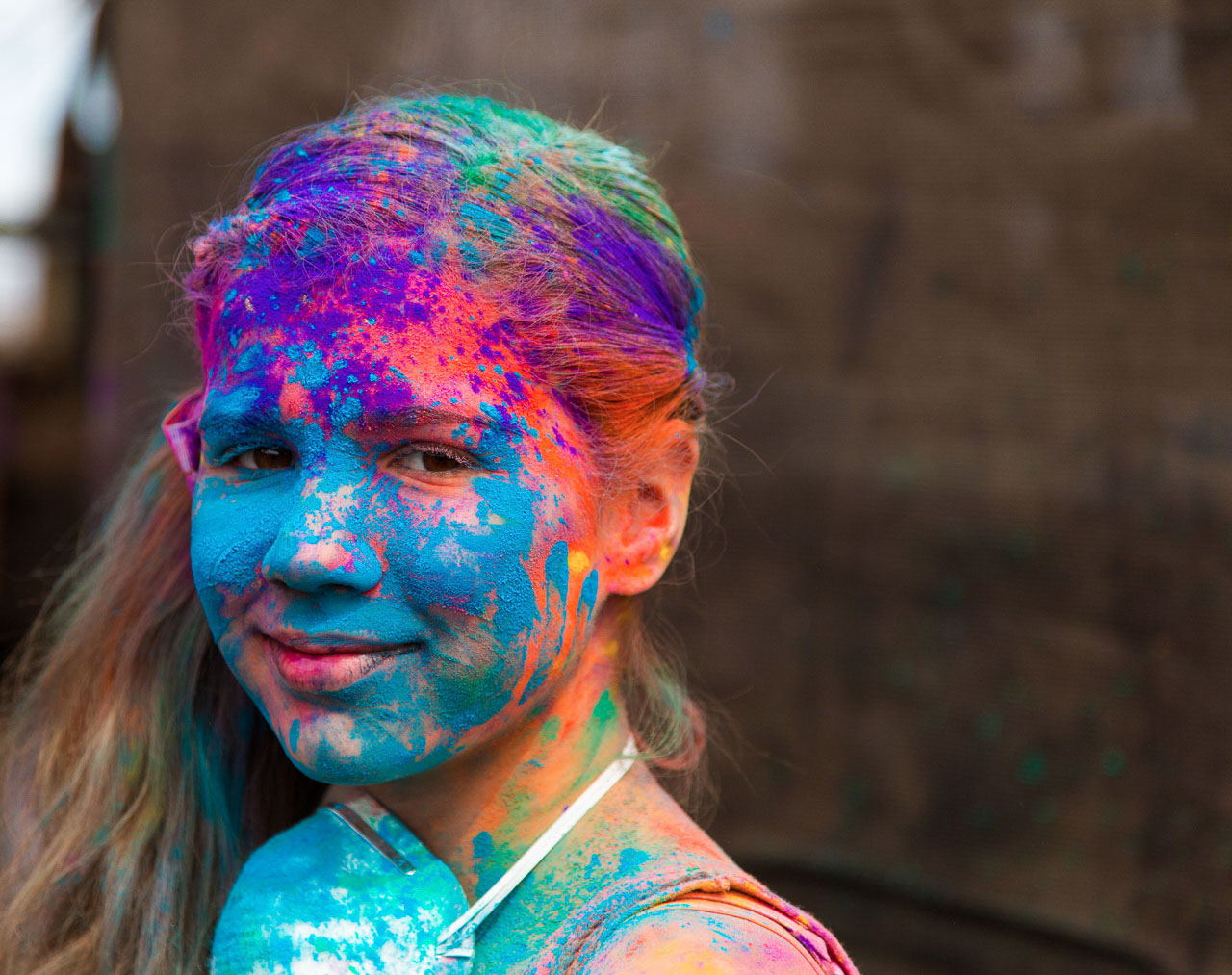 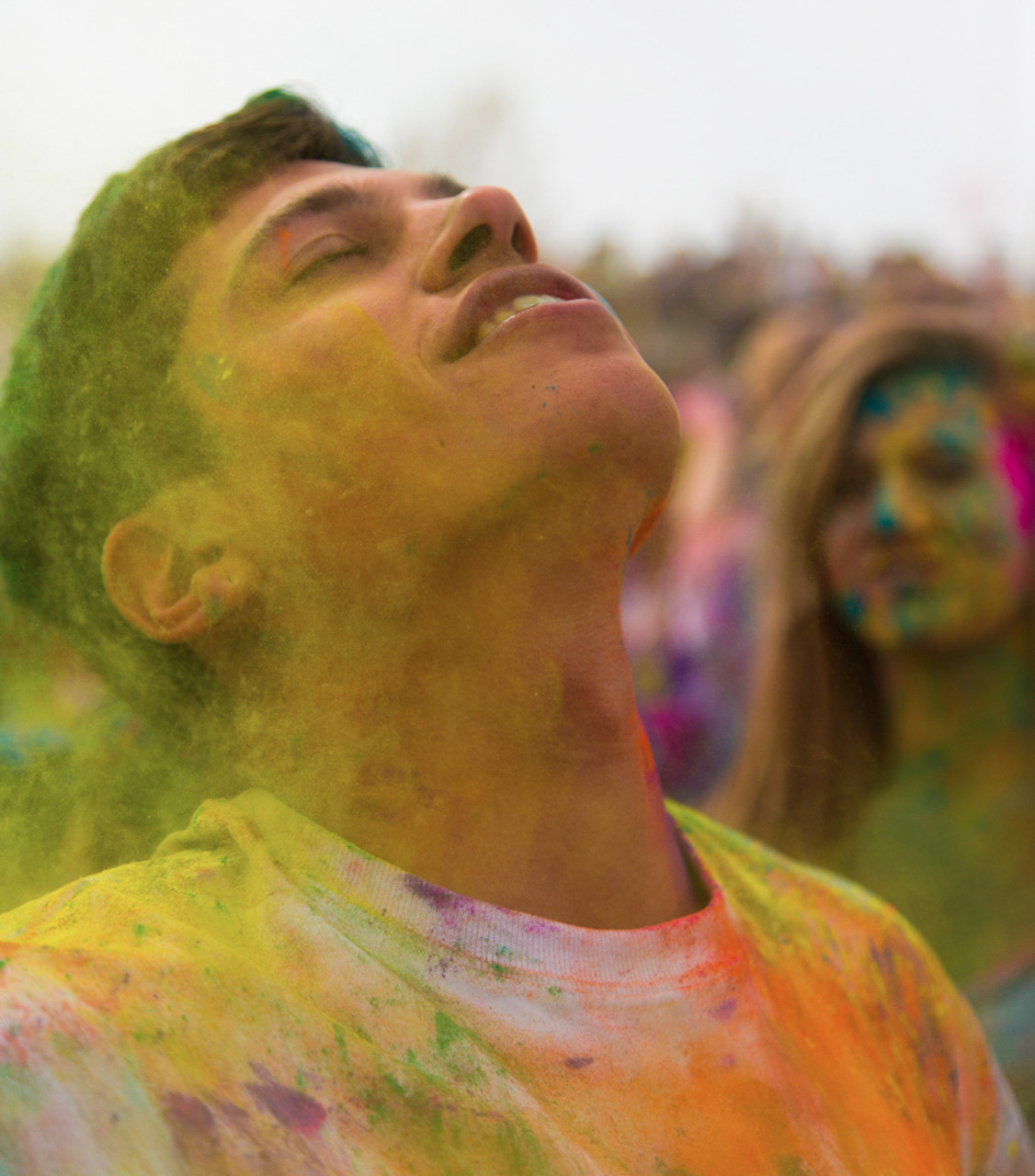 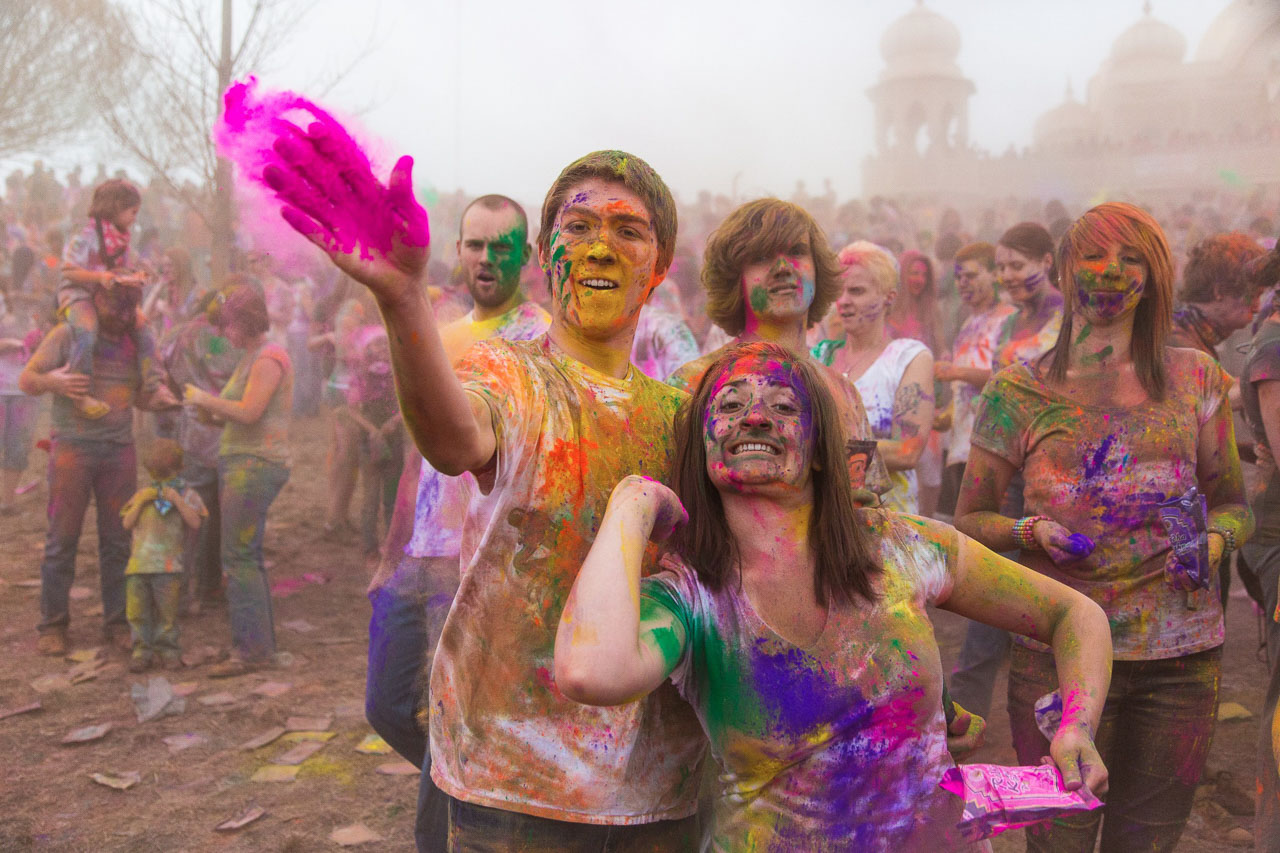 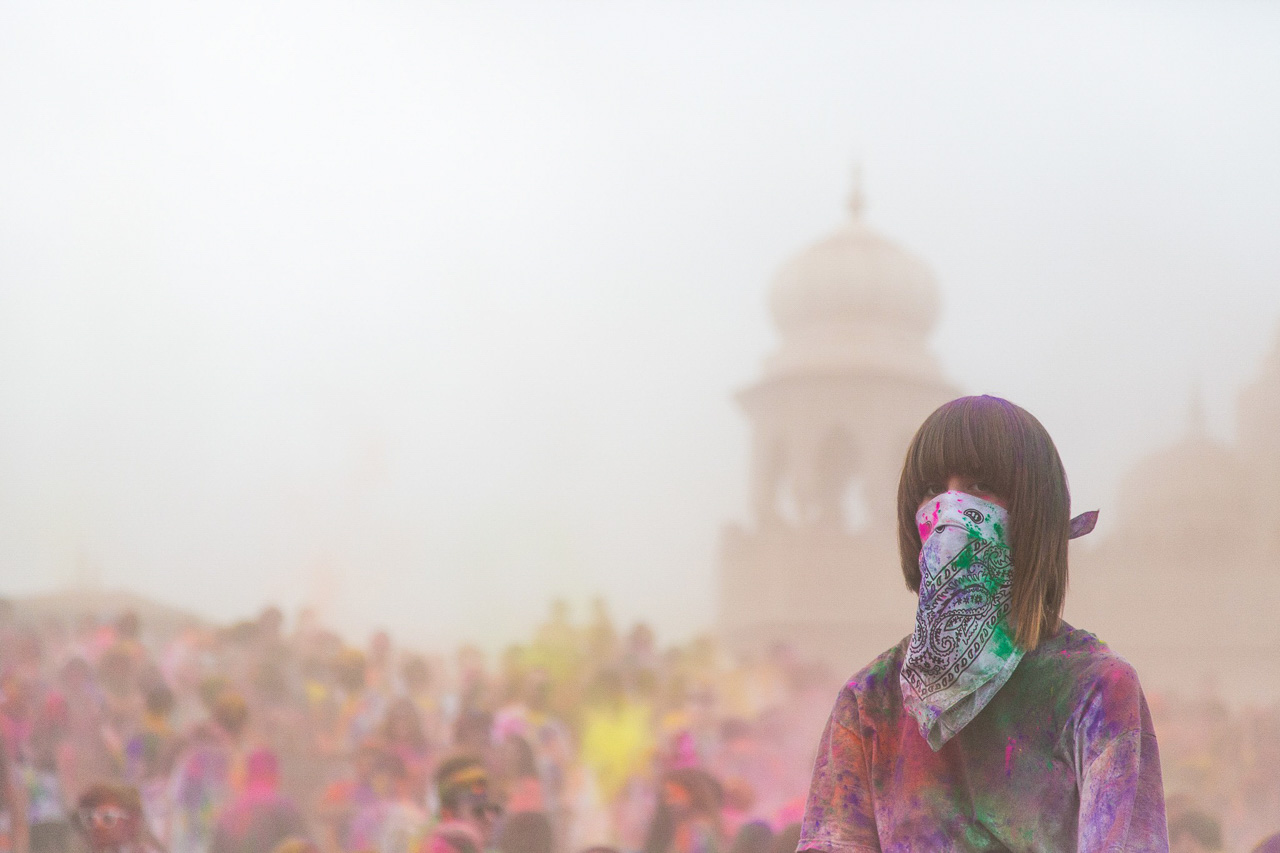 After the fights, people go spend time with their family and friends. The festival is about forgiveness and redemption, and this universal theme is perhaps the reason Holi is being celebrated more and more by non-Hindus. You know, that and the explosion of colors.