Throughout Africa, the effort to curb the heinous crime of rhino poaching has been a decades-long battle. Now, specially trained dogs are helping save the continent’s endangered rhinos.

Rhinos are illegally hunted and slaughtered for their horns, which are exported and used for unregistered medical purposes and the production of luxury goods. Only 20,000 white rhinos and 5,000 critically endangered black rhinos remain in the wild across Africa today. Striving to preserve the species, organizations in Kenya and South Africa have resorted to alternative means. One such creative solution is training dogs to patrol wildlife-populated areas and nab intruders.

The oldest conservation organization in Kenya, Ol Jogi Wildlife Conservancy, has been working tirelessly to support the rhino community for over 60 years. In 1988, Ol Jogi established its first K9 unit, with bloodhounds and Belgian Malinois. The dogs typically begin training when they are five months old. Each breed has its own specialization. Bloodhounds are used for tracking, while Malinois are better suited for attacks as a part of Ol Jogi’s Rapid Response units. 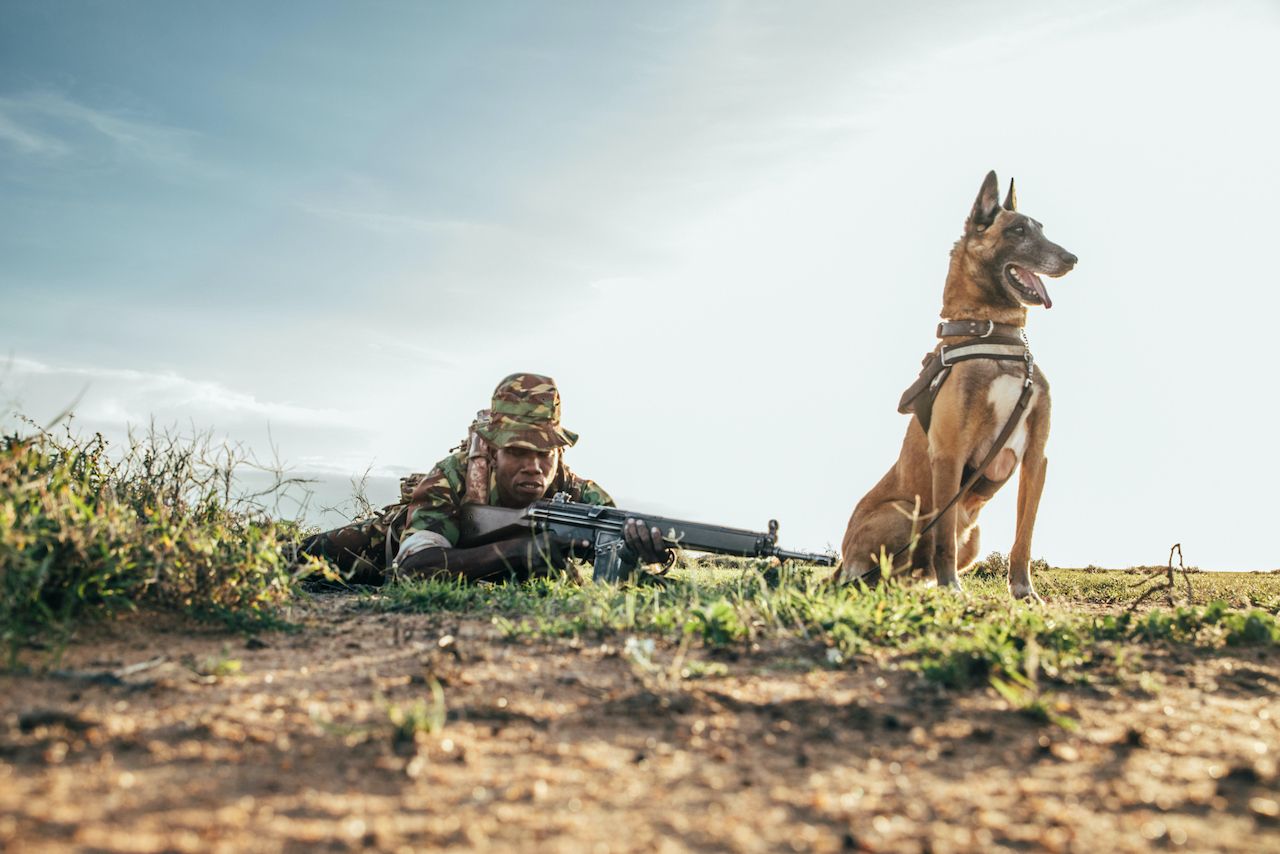 “Our Bloodhounds are used exclusively for tracking people; 70 percent of our work is now in the local communities to reduce crime in the area and also to build relationships,” Jamie Gaymer, wildlife and security manager of Ol Jogi told Matador Network. “The dogs have apprehended rhino poachers, bushmeat poachers, armed criminals, found missing persons, undertaken line-ups, and have contributed to the arrest and prosecution of hundreds of criminals over the years.”

In a similar vein, the dog-training initiative has now become an integral part of the conservation security of South Africa, supported by the Southern African Wildlife College. With over 8,000 endangered rhinos poached in the last 10 years alone, bloodhounds are helping save the remaining rhinos by detecting and capturing intruders. The dogs are hugely effective on their own and don’t need to be accompanied by rangers. The K9 squads are not only faster than humans, but have also eliminated the risk of wildlife becoming collateral damage in armed conflicts between rangers and poachers.

Under the guidance of Texas trainer Joe Braman, the hounds have helped catch a record number of 145 poachers and confiscate 53 guns in Kruger National Park in the last two years, according to National Geographic.

Illegal rhino poaching is still a monumental challenge for the African continent. Thankfully, the K9 patrols are a powerful ally in the quest for preservation and safety of wildlife across local communities.

Highlights of a week in Quebec
Tagged
Wildlife
What did you think of this story?
Meh
Good
Awesome