Hong Kong’s history with street food dates back to when it was just a fishing village, long before it was a financial center. By the early 1900s, quick and affordable meals served from small stalls lined the streets. It thrived through the decades, despite licenses and government regulations in the mid-20th century.

Today, there are more laws than ever governing what, where, and how street vendors can operate in Hong Kong. It’s still one of the best cities in the world to gorge on streetside meals, but things have changed — including what is served. There are popular modern dishes, then there are the ones that are falling to the wayside.

These are the seven classic Hong Kong street foods that are often overlooked, and in some cases, disappearing. 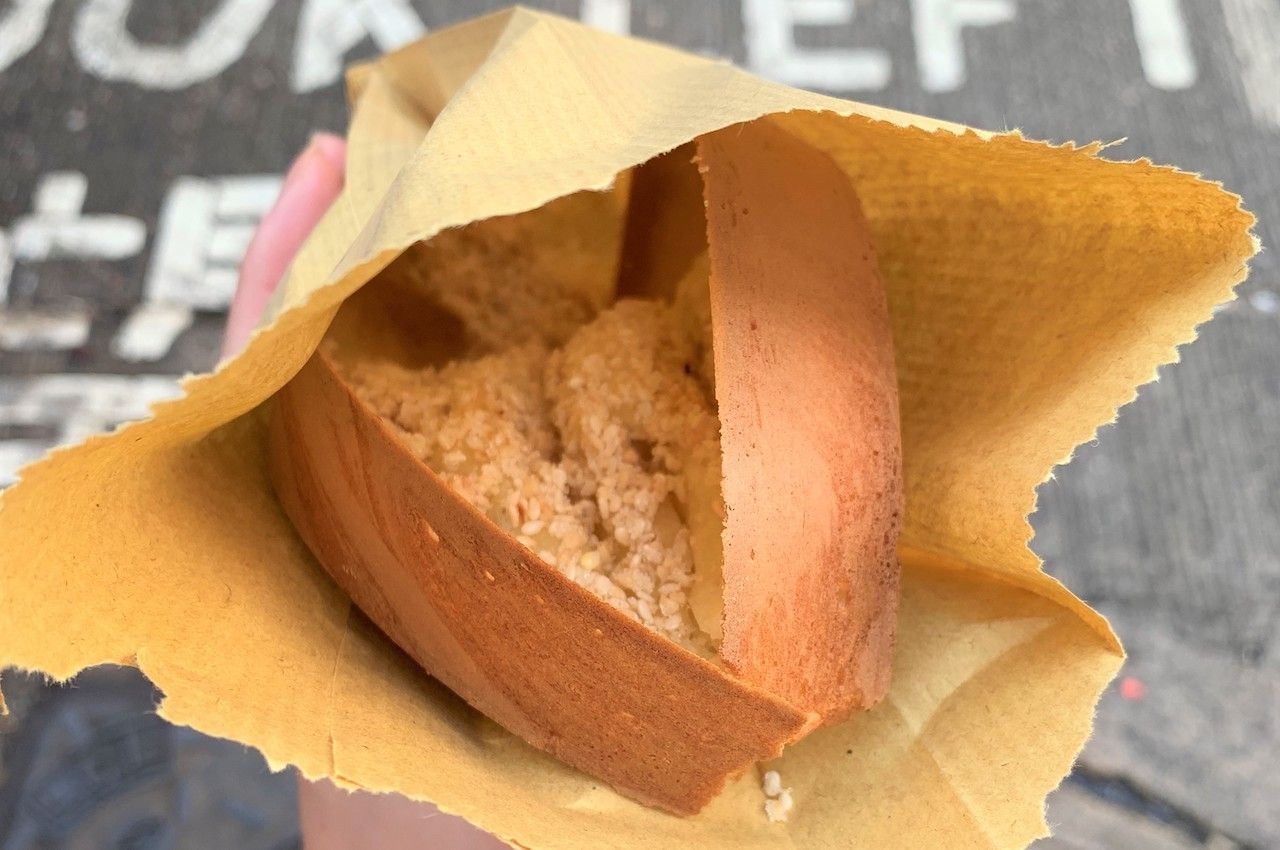 Cold Cake was a popular treat from the 1950s through the ‘70s. It’s made with a sweet batter that’s poured into a deep pan and cooked on a charcoal stove for five minutes with another metal plate sitting on top. The cake is then quickly cooled in ice water, which makes a soft and tender interior with a crunchy crust. Hawkers then sprinkle sesame, crushed peanuts, coconut shreds, and sugar onto the cake, which is folded in half and served in a brown paper bag.

One of Hong Kong’s most famous drinks, pantyhose milk tea is widely consumed as afternoon tea regardless of whether you’re rich or poor. The name comes from the filter, which isn’t an actual pantyhose, but the cloth sock with a handle sure looks close enough. The tea is served in glasses with condensed or evaporated milk and sugar. The tea comes from British rule in the 1900s. The British put milk in their tea, but since milk is harder to come by in Hong Kong, sweeter condensed or evaporated milk was swapped in.

Where to find it: Lan Fong Yuen, 2 Gage Street, Central 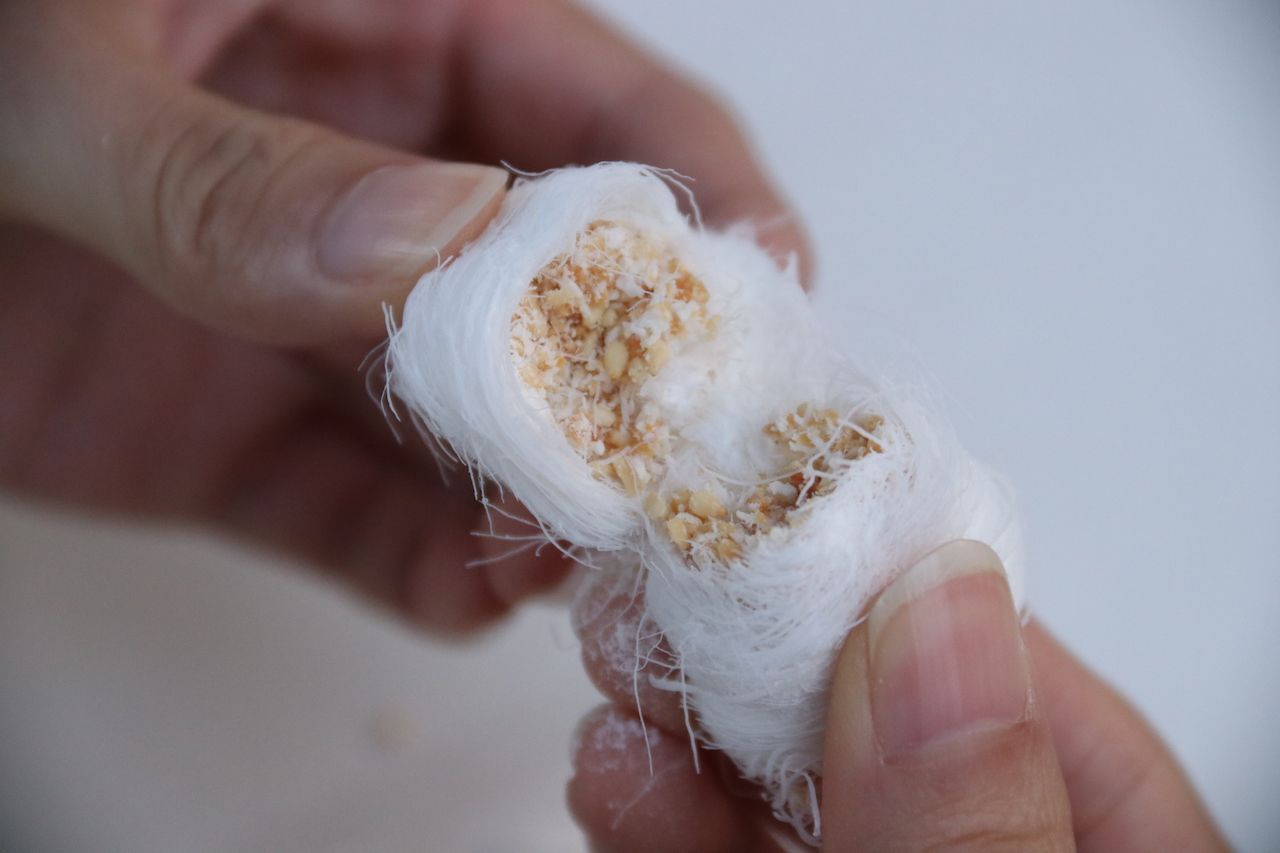 Freshly made dragon beard candies have historically been popular treats for young children at Chinese operas. The candy’s name comes from its appearance. It’s made with sugar that’s strung out like cotton candy, and the thousands of thin sugar strands resemble the long white beard of a dragon. It’s all wrapped around a warm ball of crushed peanuts and coconut shreds.

Where to find it: Freshly made at 2/F Dragon Center, Yen Chow Street, Sham Shui Po

Onion candy wraps, also called coconut candy wraps, originated in southern China in the 1930s and were popular street snacks in Hong Kong in the 1950s and ‘60s. It was easy to find: Just look for the large metal box used to store the ingredients. The name comes from its appearance. To make it, maltose candy is rolled into a shape that looks somewhat like a bundle of green onions, and then the candy is wrapped in a thin sweet bread. Sugar, coconut shreds, and sesame are added to the wrap.

Where to find it: On the bridge between Kowloon Train Station and Festival Walk, Kowloon, G/F 160 Wan Chai Road, Wan Chai 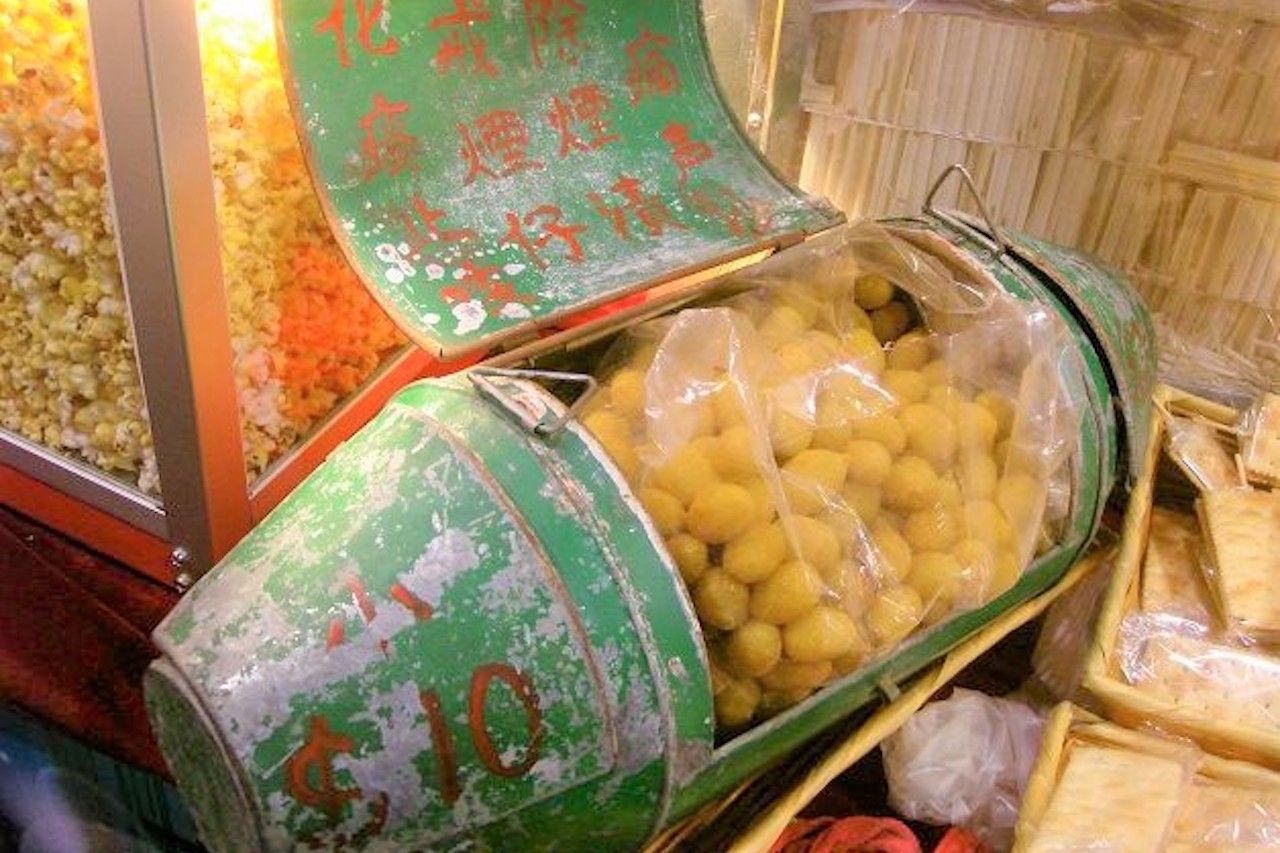 Hong Kong’s buildings were much shorter before it became the concrete jungle that it is today. Hawkers would carry a bucket full of sweet dried plums marinated with salt, cinnamon, mandarin peels, and cloves that looked a bit like an olive. They’d walk down the streets and shout “airplane olives!” When someone wanted one, the vendor would toss the candy, each wrapped in a green wrapper, onto the balconies of homes. In exchange, the buyers tossed money onto the road. They don’t walk the streets anymore, but you can still find them around if you know where to look.

Where to find it: A hawker at 2/F Dragon Center, Yen Chow Street, Sham Shui Po

This drink consists of a glass of boiling water, a raw egg, a teaspoon of sugar, and condensed milk. It’s locally described as a “monk jumping into sea.” The egg is dumped in the water, and as it cooks, a white layer will form as the cloak of the monk while the egg yolk looks like a man’s head. In the old days, workers around the harbors would drink these as an affordable energy booster. 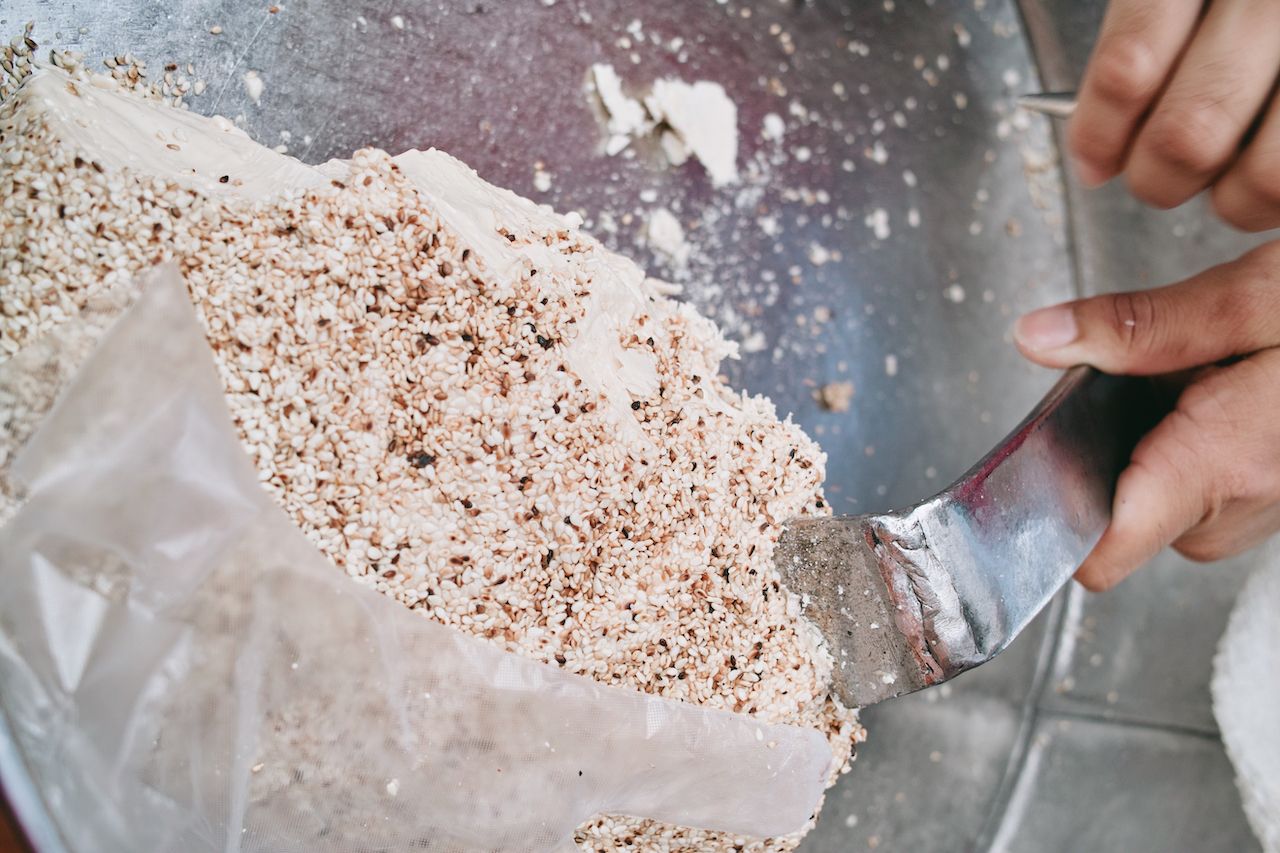 Ding ding candy gets its name from the sound made when vendors hammer small chunks of hard candy off of a long candy coil. It’s made with a mixture of steamed glutinous rice, malt, ginger, and sesame that’s hardened and pulled into a long, rope-like coil. Only a handful of vendors still hammer the candies into small bits while most are machine made today. It’s also known as deuk deuk tong.