Today’s pandemic has left families’ lives in upheaval, and many parents are scrambling for new ways of life inside the walls of lockdown. Suddenly, we have to be super-parents capable of working, housekeeping, and even educating our kids 24/7. For some, the biggest hardship may be the unprecedented arrival of forced homeschooling. Starting with that mountain of assignments and requirements, followed by the rigid schedule to fit it all in, it may have become clear rather quickly that public school programs weren’t meant for home.

If trying to do everything the way teachers do it simply isn’t working, and you have the flexibility to try something different, consider a thought-provoking alternative known as unschooling. To explain unschooling, we should clarify what it’s not. Despite that dancing little “un” at the beginning of the world, it’s not the reverse of education, anti-school, teacher hate, or stopping the act of learning.

It’s simply a re-evaluation of the schooling thought process. It’s the idea that children don’t need a standardized curriculum, or age- and grade-based divisions, to learn. They just need to love to learn. And that starts with loving the topics they are learning about. Regardless of age, we all learn best when we focus on things that we enjoy, or which naturally interest us.

How we chose unschooling

Our family stumbled upon unschooling more than five years ago when our oldest was just two years old. Although she was barely a toddler, we were told to get her IQ tested to initiate early school enrollment after she scored “too high” on her well-baby visits. With her showing advanced cognitive, emotional, and physical functions, we were pushed to do something extra to help her excel and ensure that she could live up to her potential.

We immediately knew that kindergarten at age three would turn our world upside down, ripping a hole in our quiet, country life. We hadn’t been planning for school yet and were enjoying the baby years with our toddler and her infant brother. Reluctantly, we started through the motions anyway, not entirely sure what else we could or should do. While we opted to pass on the IQ test, we did attempt to enroll our two-year-old in preschool and dance classes. When, fortunately, neither came to fruition, we found our senses and started looking for alternatives.

My husband had been looking back at his school years in Ecuador at the American School of Quito, which replicated US classrooms, and they weren’t all fond memories. He was concerned about early school feeling like a punishment rather than a reward. Would our daughter’s childhood be lost beneath books and tests, schedules, and untimely pressures? This perspective drove me to search for an alternative solution that would let our daughter flourish without turning her into a robot.

After several weeks of researching, I found a Facebook group called Worldschooling™. At that time there were about 10,000 global members who had removed their kids from traditional schooling. Most were practicing variations of unschooling, and it only took a few hours to realize that this might be what we’d been searching for. A lot of research, fact-checking, and book reading would eventually solidify our initial inklings that unschooling was indeed the right path for our family.

A history of teaching based on interest 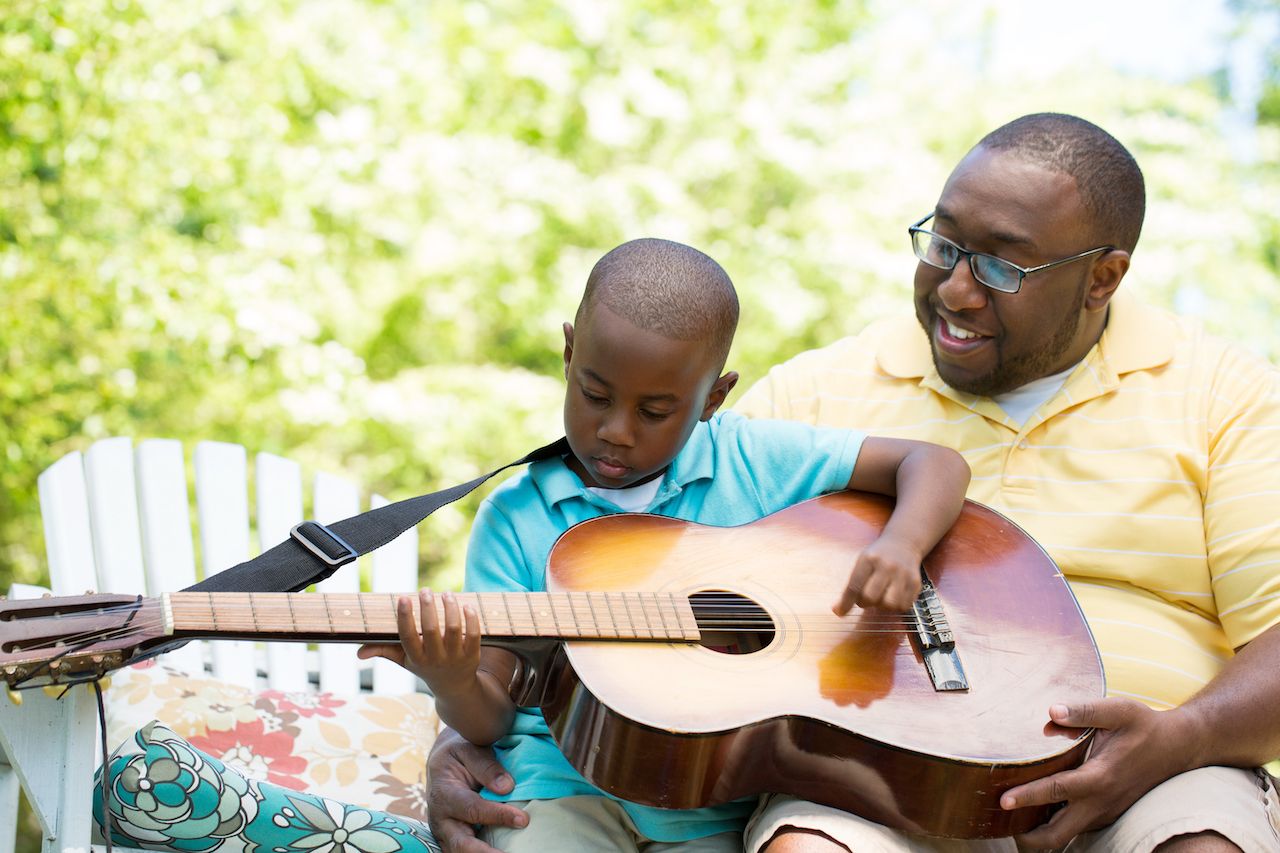 The first step in mastering the methods of unschooling, also known as interest-based learning, is to realize that interest isn’t something that can be taught. No one can decide for you what ignites your soul and inspires you to learn, or what actions will turn your passion into a lifelong project of satisfaction. And that goes for your kids, too. The unschooling ideals encourage us to refrain from trying to “teach” but instead give our children the freedom to teach us who they are.

The principles of interest-based learning are not new. “Emergent learning” is a variation of interest-based education used in preschools that embrace the Reggio Emilia approach, developed a half-century ago. These early-age schools typically don’t follow a predetermined curriculum and instead create classes based on the specific interests of each student group. If your children are very young and need to move onto education outside the home, a Reggio Emilia preschool could be a great follow up after unschooling during the pandemic.

Many children who begin at Regio Emilia preschools attend grade school at Montessori schools, which bridge the gap between top-down education and unschooling. Montessori principles include child-led education and independent learning with a heavy emphasis on natural learning and positivity. Negative feedback is discouraged. However, Montessori schools do use a curriculum, allow for teacher-guided education, and rely on regimented schedules. Most Montessori children go on to complete high school in a traditional school system.

Unschooling itself stems back to 1970, when John Holt coined the word to describe education removed from the typical system of learning and teaching — replaced by offering “the freedom for anyone, young or old, to choose why, what, when, how, and from whom to learn things.” Holt developed this system after working for many years in the school system where he saw that “fear of failure, fear of appearing stupid, and fear of criticism actually inhibited learning.” It’s not uncommon for unschooling to be practiced in entirety from kindergarten through high school. Children who follow this path are usually offered placement exams that allow them to enter college or trade school when desired.

How to begin unschooling

Offering a break from the traditional education cycle, unschooling is a chance for kids to discover their own ways of learning both joyously and purposefully through real-life scenarios, play, and meaningful interactions. For many kids, the ability to embrace unschooling will mean closing the books entirely to allow the process of realigning with their innate self. Some won’t know what they are passionate about because they haven’t had the opportunity to mingle with this part of their inner self for many years. Others will know exactly what they’ve been missing out on and have only been waiting for someone to give them permission to act on it.

And then, there is the category of kids who are already doing what’s right for them. This might very well be a structured and methodical curriculum. If that is the case, don’t disturb them but resist the urge to control their learning experience. Allow them the chance to use the tools they already have but in their own time, order, and preference. Resist telling them how to learn and ask them how you can help.

So, what does all this mean? If your child wants to spend eight hours a day doing science experiments and would rather let the history book get dusty, let them. When your kid says they’d like to spend the next six weeks learning to play the guitar and forgetting the rest, let them. If your learner wants seven segmented, one-hour classes each day just like they’ve always had, empower them to reach this goal. When your child says they need a day, week, or month off… listen.

The easiest and simplest way to ease the burden of forced homeschooling is to recognize that each child is unique and to help them find the best way to learn. The only way to find this out is to ask them. What do they want to learn about? How would they like to go about investigating it? And, most importantly, how can you best support them?

A wonderful family to look to for guidance on how to help kids rediscover their passions, are Korp & South on Youtube. They are currently unschooling nine children between grade school and high school. The down-to-earth, realistic family goes in-depth on how they came to choose unschooling, even after stints with public school and traditional homeschooling.

To find other real families, the blog I’m Unschooled. Yes, I can write. is run by an adult who was unschooled. She not only testifies to the success of the unschooling philosophy but also provides a plethora of resources and often features families currently in the process. Additionally, A Look Into the World of Unschooling is an insightful documentary created by a high-school-aged unschooler that visits the pros and cons of unschooling from both his perspective and through the voices of numerous unschooling families. It doesn’t paint the unschooling world with rose-colored glasses but rather shows it in its reality.

Unschooling is a growing educational movement, supported by decades of social, psychological, and practical research plus the evidence of kids who thrive under this philosophy. To dive full hog into unschooling research, check out introductory books like How Children Learn by John Holt, Free to Learn by Peter Gray, and Dumbing Us Down by John Taylor Gatto.

Trust and living in the present 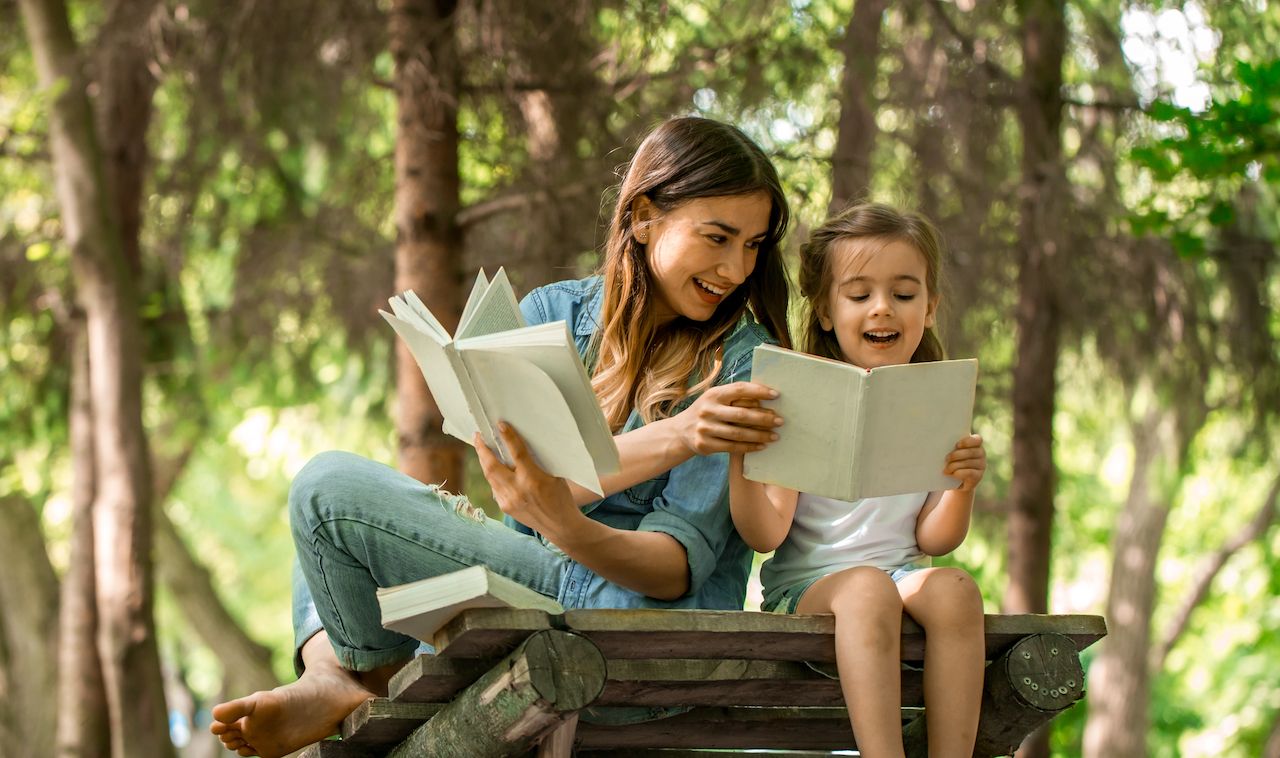 Straying from the norm is scary, especially when we’re talking about the future of our children. We can’t help but wonder what will happen if we don’t do what we are “supposed” to do and don’t force our kids to either. Be okay with being uncomfortable and give yourself permission to question systems previously accepted without hesitation.

Think of it this way. Every child removed from the formal education system right now has a chance to dictate the direction of their future — a future they want and that may serve them best. Let them embrace that opportunity.

Now is the time to put full trust in your kids. Trust that they will follow the path that is right for them. Believe that they will learn what they need to learn because they will naturally seek out the information necessary for growth. Trust is very powerful and spins a wondrous web of success when applied to education. Crumple up that curriculum (if that’s what they want), let them create their own to-do list, and watch the stress of homeschooling dissolve.

Whether the kids are missing preschool at age three, blissfully escaping second grade, or scratching their high school routine, the concept is the same. Give them a little time to reconnect with those old yearnings. Stop teaching them that there isn’t room in their schedule to follow their own passions. Stop letting them believe that success and happiness in life are equated with following the steps that were pre-determined for them.

When your kids do go back to school, the requirements for standardized curriculums will need to take into account disturbances caused by coronavirus. Not all families will have succeeded in teaching at home, and traditional educational systems will likely devise solutions to ensure no one is left behind. So in the event that unschooling doesn’t work for your family, don’t worry. The school system will pick up where it left off. Let the future take its course when it’s supposed to — in the future.

In the meantime, allow your family to take the opportunity to do something different, something that will greatly reduce the tension caused by a strict homeschooling schedule. Breed an environment that empowers all, naturally supports growth, and will inevitably bring you closer together.

Do this and they just might stop resisting you and homeschooling. Help them, support them, uplift them to learn about the things they’ve always wanted to learn. This is their chance. Let them surprise you.

Family TravelWhy We Took Our Kids Out of the Classroom for World Schooling
Tagged
Family Travel
What did you think of this story?
Meh
Good
Awesome