The life of a nomad, digital or otherwise, is blessed with unfettered freedom, simple pleasures, and intrepid experiences. Unsurprisingly, it’s growing in popularity by the year, but deciding what form of travel — backpacking or van life — is best for you and your budget requires a little consideration.

Before I was a travel writer, I was earnestly searching for ways to stay on the road longer. I spent a year with my fiance, binging street food and wandering foreign cities as a backpacker. When the pandemic dashed all hopes of continuing, we traveled closer to home in a hastily built and albeit questionably mechanically sound campervan. By meticulously documenting our every expense, I discovered that full-time travel can be achieved for about the same cost as renting a one-bedroom apartment in the United States. But which version of long-term travel is more cost-effective for budget-conscious travelers — van life or traditional backpacking?

How much does it cost to start backpacking? 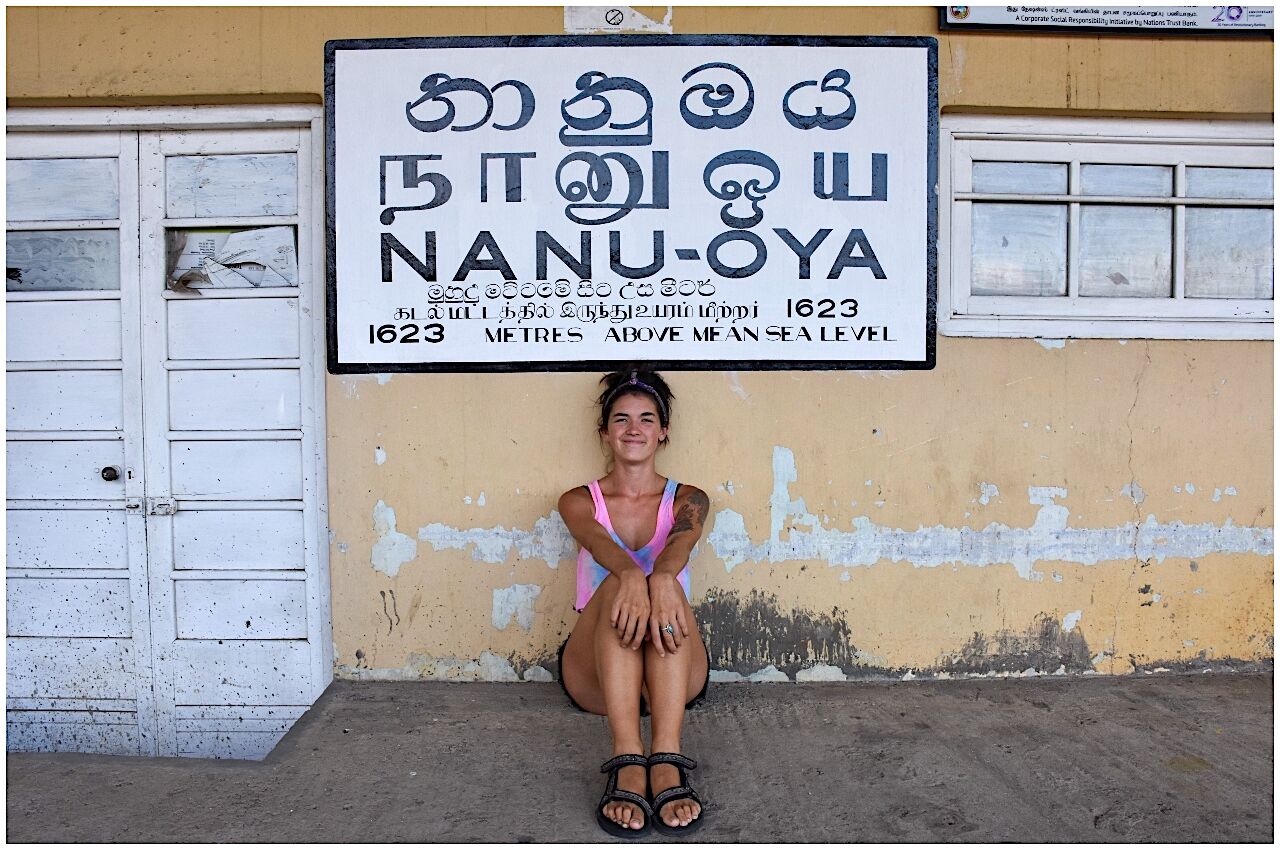 Very little. One of the major benefits of the backpacking travel style is that the start-up costs are limited to a decent backpack. But even that is negotiable. You’ll want to pack light and there is no need to completely redo your entire wardrobe before a big trip. Instead, you’ll get to save all that money for adventures on the road. My backpack cost $150.

How much does van life cost to get started? 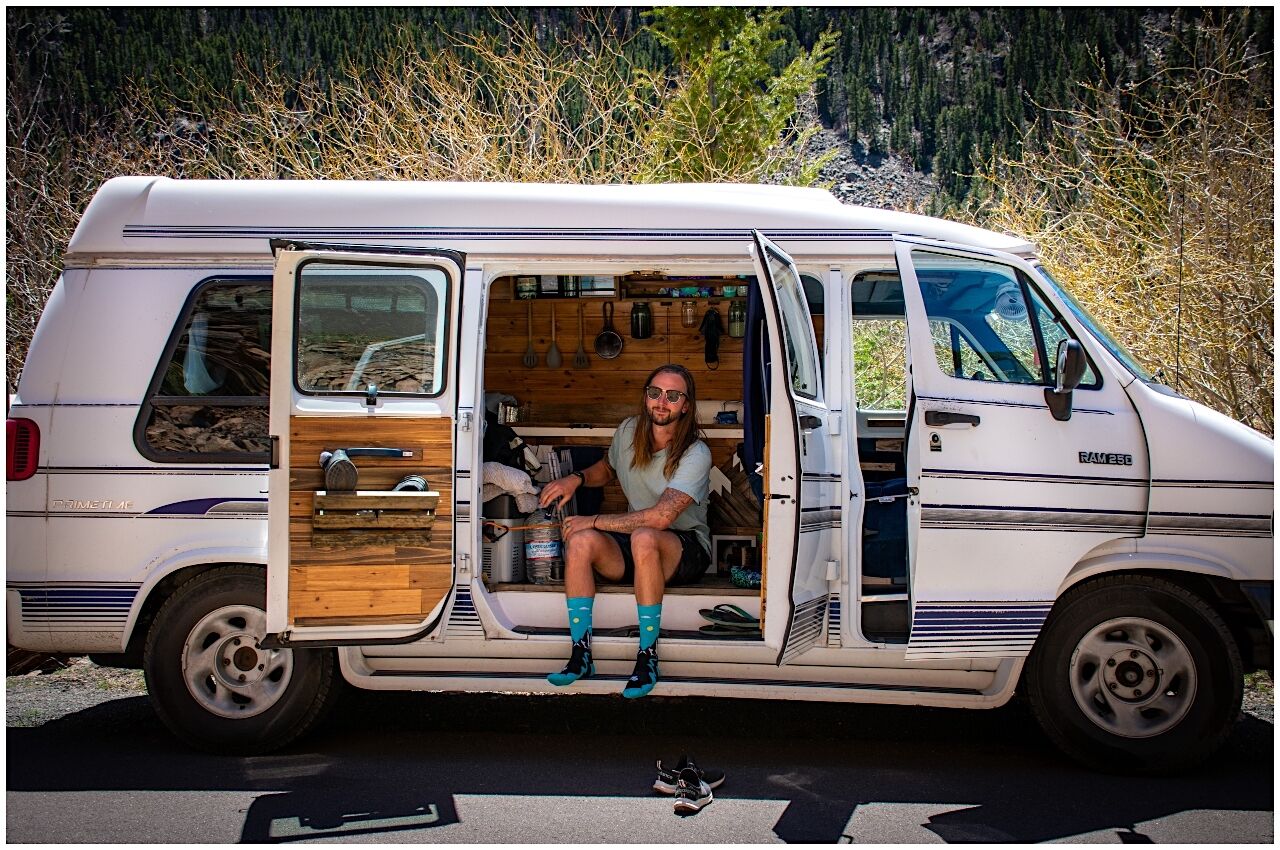 Van-dwelling can be cost prohibitive to many solely due to its high start-up cost. For starters, you need to have a vehicle conducive to van-living. Then there is the matter of the van build itself. Van builds vary in cost, from nearly free if you were to remove your back seats and throw in the bare essentials, to $100,000 luxury Sprinter Vans crafted by professionals. My 1994 high top Dodge Ram Van cost $4,000 and the build another $3,000 in total.

How much does it cost to backpack the world? 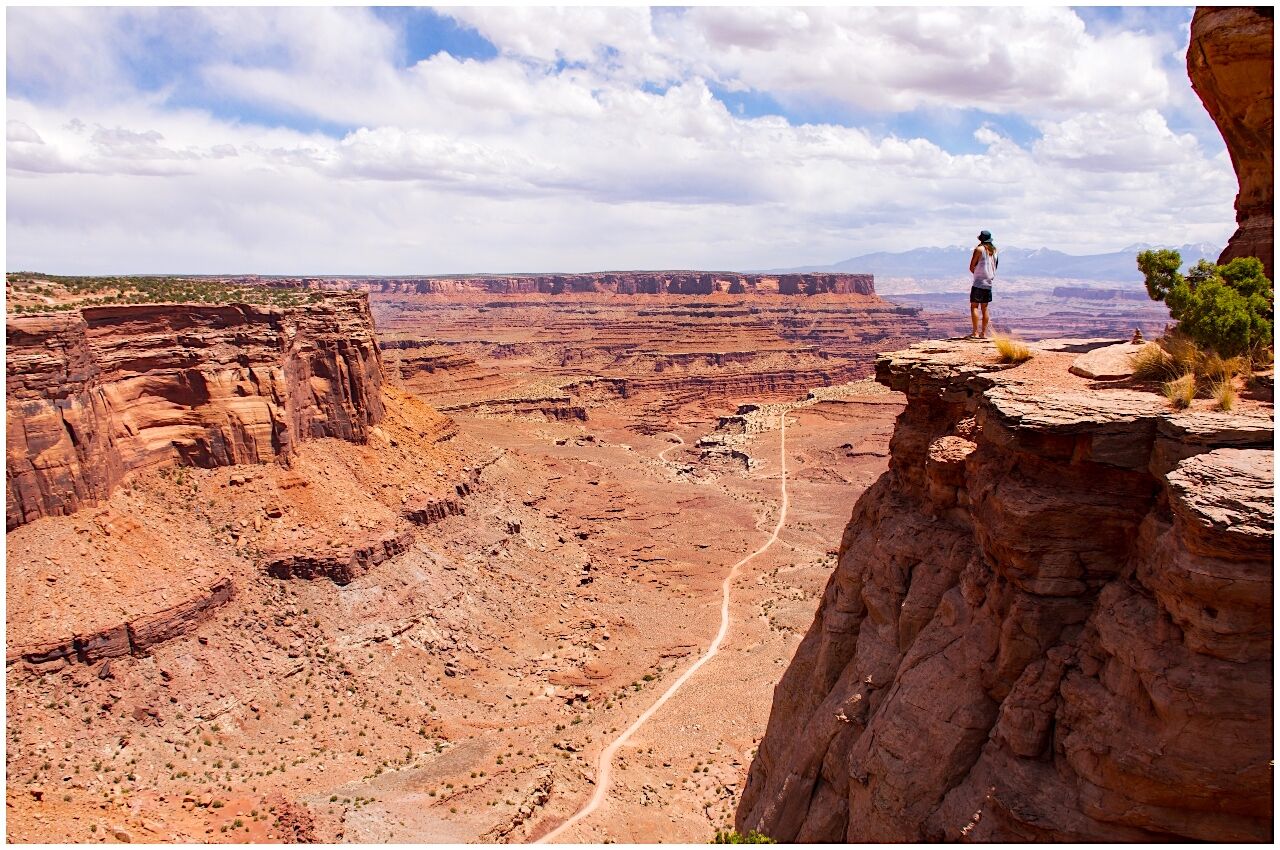 Conceivably, truly dedicated penny-pinchers could travel the world on $10 per day, but only if they are willing to live like a vagrant and pass on many of the major attractions. This day-to-day budget is instead geared toward travelers that won’t hesitate to splurge on epic unmissable experiences.

Keep in mind that countries like India, Cambodia, and Indonesia are inherently budget-friendly destinations. Had we decided to throw more expensive places from Europe or the United States into the mix, it would have driven up costs immensely. We averaged only $11.66 per night on lodging, which typically included a home-cooked breakfast. Each meal only cost us about $1.96 per person otherwise. Long-haul flights across the Pacific and Atlantic oceans, at the beginning and end of our trip, drove up our transportation costs by nearly $1,400. Our miscellaneous category includes replacement clothes and gear lost or irreparably damaged along the way, as well as small but necessary expenses like bathroom-use fees. We were able to save a fortune on drinking water by investing in a Lifestraw Filter bottle before the trip.

How much does van life cost? 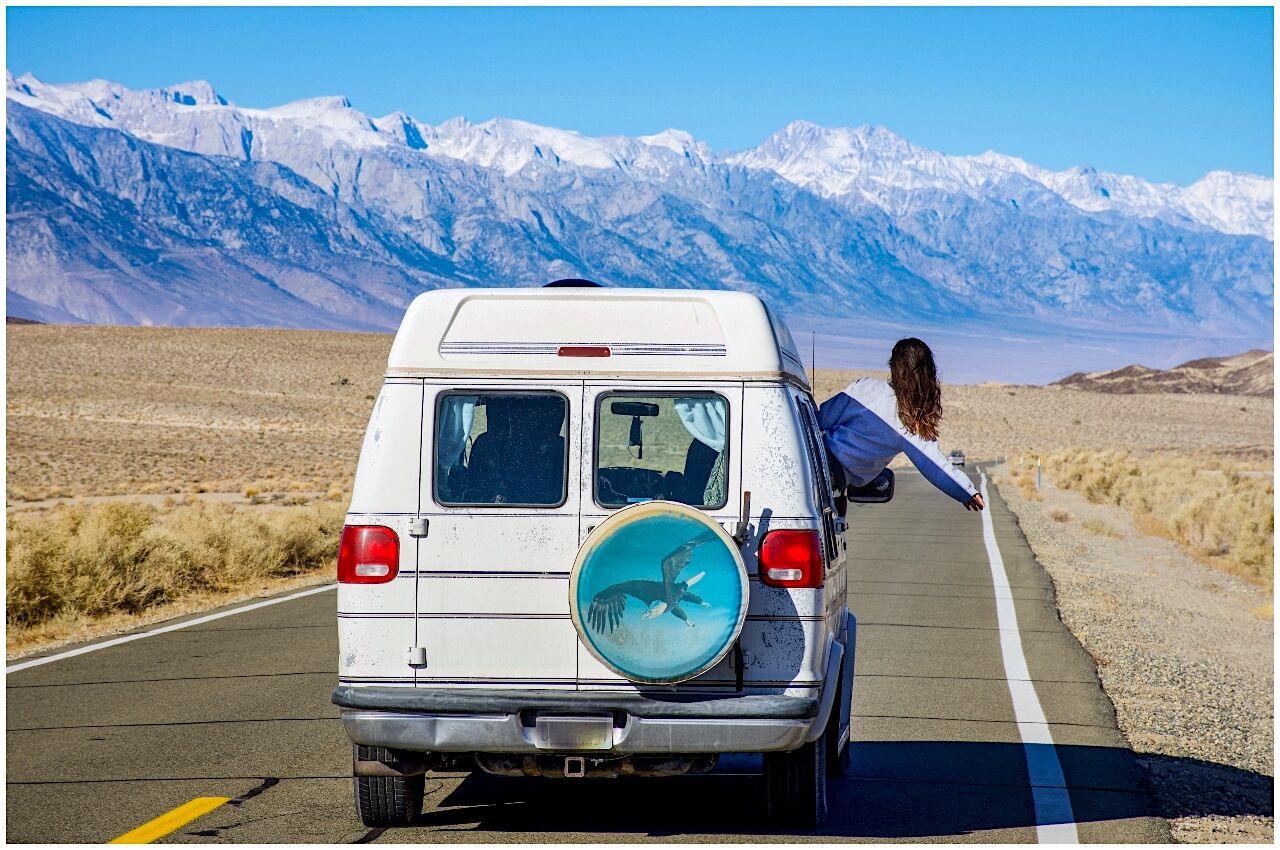 Full Disclosure: This budget does not include the three catastrophic breakdowns we experienced on the road. Alternators, fuel pumps, and electrical work ran up the bill an additional $2,100 in van repair costs. The truth is old vans are notoriously unreliable. This is simply a risk you take.

Unsurprisingly, gas dominated our vanlife budget. We moved often, just as we would have had we been backpacking the world, in a vehicle that gets only 15MPG on a good day. Being the foodies we are, eating lobster rolls in Maine, buffalo burgers in Montana, pizza in New York, and fried chicken in Georgia devoured more than a quarter of our total budget. We were able to save a large chunk of change as we made it our mission to evade paying for parking and overnight camping at every turn.

Water is another van essential. You will need it for dishes, for drinking, for cleaning, and even for bathing. In many states, like Utah and California, we were able to refill our water for free, but metropolitan areas proved trickier and more expensive to find water. Our overnight accommodations and parking costs were greatly inflated because we chose to drive the Baja Peninsula in the sweltering summer months without air conditioning. Forced out of the van by 100+ degree temperatures, we sprung for hotels on seven separate occasions in Mexico.

In the end, we spent ten months in the United States and one each in Mexico and Canada. Due to the fact the Baja Peninsula is the most expensive region in Mexico, we found that our day-to-day expenses were nearly the same in all three countries.

A day in the life of a backpacker 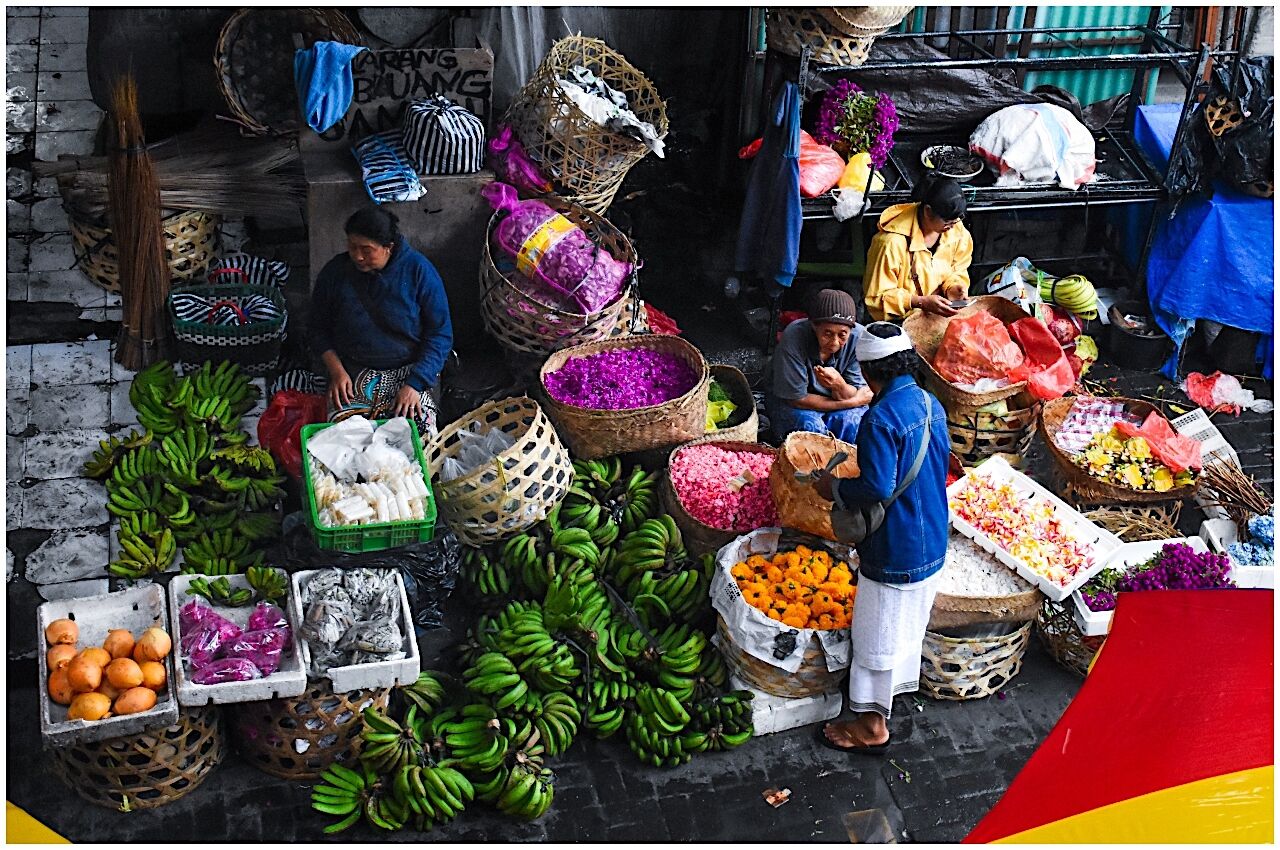 During our year of international travel, we visited 17 countries in places around South America, Southeast Asia, and South Asia. We took flights for the major ocean crossings but otherwise roughed it, traveling overland by bus and train. We woke up in private rooms at small family-run guesthouses or the occasional rickety black-metal hostel bunk. We spent our days trekking volcanoes, exploring unfamiliar streets, visiting temples, lounging on beaches, and immersing ourselves in local life. Our most costly expeditions saw us trekking to see Orangutans in Sumatra, floating the Mekong river, dancing through the technicolored celebrations of Holi in India, and canoeing the murky chocolate-colored waters of the Colombian Amazon. We savored local cuisines in restaurants and street food markets, never setting foot in a supermarket because often, it was cheaper to eat out.

A day in the life of a van lifer 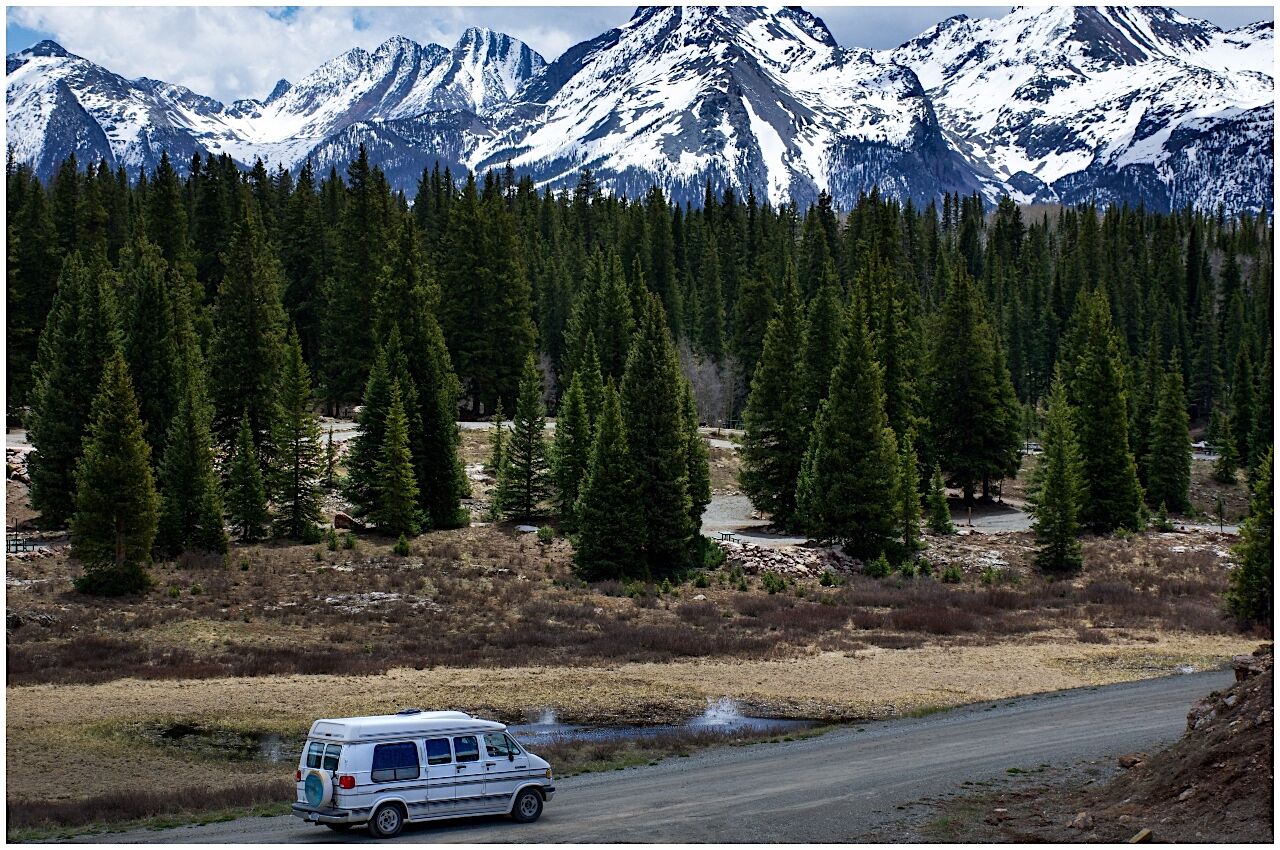 Van-dwelling is a polarizing subject. To many, the idea of living in a 30 square foot box is unappealing, to say the least. But for seasoned backpackers used to weathering discomfort in the pursuit of grand adventure, it seemed like the logical step when international travel went up in a poof of smoke. We wanted to see the United States, and we wanted to do it on a shoestring budget.

Once we purchased an old beater van, renovated it, and hit the open road, our day-to-day was filled with stunning vistas and monotonous chores. We would often wake in Wal-Mart parking lots, spend several hours driving to the next destination, and then enjoy some much-needed time in nature. We kept our costs relatively low by focusing on the bountiful natural wonders of the USA, namely the national parks. We drove nearly every day, with the lofty goal of exploring the entirety of the United States, the Baja Peninsula of Mexico, and British Columbia, all within one year of van-dwelling. We weren’t simply living in a van; we were traveling in a van. We hiked to panoramic peaks in 37 national parks, sampled the varied cuisines of America, and explored iconic cities on foot. We traversed the rim of the Grand Canyon, snorkeled in the tropical waters of La Paz, and spotted salmon-munching black bears on Vancouver Island — all while maintaining a tiny home of wheels and deciphering crumpled road maps.

What is better? Van life or backpacking?

Each nomadic lifestyle has its ups and downs. But for myself, and likely most other travelers, backpacking wins outright. From a strictly cost perspective, vanlife is more of a risk. Potential breakdowns, maintenance, and an often steep start-up price tag deter would-be van-dwellers from ever leaving their driveway. Once on the road, vans guzzle gas which makes exploring a country as vast as the United States cost a pretty penny.

From an experiential perspective, the two lifestyles couldn’t be more different. Van-living is peppered with chores and undesirable daily tasks, like finding a free or cheap place to park each night and keeping your “house” reasonably clean. International travel allows you to push those unsavory tasks onto restaurants and guesthouses without blowing your budget. You’ll also trade leisure time spent gazing out bus windows for hours in the driver’s seat.

The biggest difference between the two travel types, aside from nearly $4,000 in day-to-day expenses, is the monotony. van life offers a level of routine not often experienced by the avid backpacker. Occasionally this repetition in tasks and experiences can be comforting to the perpetual traveler, but most often, you will find yourself yearning for something new. van life allows you to travel within a bubble, protected from the unfamiliar, which is a stark contrast to the full immersion in local cultures and customs that a backpacker is likely to experience abroad.

Van-dwelling is a worthy endeavor for any budget traveler. You’ll find a greater appreciation for the roads between the destinations and the dramatic landscapes and nuances of your home country. It’s not without its charms. But when it comes down to pinching pennies and collecting meaningful experiences- backpacking will always offer the most bang for your buck.

Road TripsIn My #Vanlife Journey Through 40 States, These 5 States Stood Out as the Best
Tagged
Backpacking Budget Travel Road Trips
What did you think of this story?
Meh
Good
Awesome