Bill Geiger’s wife had reached her breaking point. After the Army MP returned home from deployments to Guantanamo Bay and Iraq, he had become a different person, removing himself into depression and often screaming at their children. And in the fog of readjustment to life at home, somehow he’d missed that there was a serious problem.

“My wife left an email open on our computer to our pastor saying, ‘If I knew he was going to be like this, I’d never have married him,’” Geiger says. “It was the start of me realizing I had a serious problem on my hands.”

Lisa Crutch wasn’t faring much better. After suffering a massive head injury in a convoy vehicle collision in Iraq, the Army veteran returned home unable to sleep, sitting up nights on high alert for no apparent reason.

“I was up at three, four, five in the morning, looking out the window, watching and waiting,” she says. “I was on high alert all the time, making sure nobody was breaking in and walking around the house making sure my family was okay. I knew something was wrong, but I didn’t want to admit anything was wrong.”

After her husband urged her to go to the VA, she learned she had not only traumatic brain injury but also was suffering from posttraumatic stress disorder, or PTSD. The VA, however, didn’t offer her much more than a couple of pamphlets explaining the conditions before sending her on her way.

Geiger and Crutch are but two of the tens of thousands of veterans who have returned from recent conflicts in Iraq, Afghanistan, and other parts of the world with PTSD. And as society grapples with how to integrate our returning warriors back into society, vets like these two have turned to the adrenaline-fueled world of adventure sports to help them heal. It’s a safe way to channel their need for the adrenaline rush of combat, and it gives them a sense of camaraderie and calm at the same time.

Replacing the high of combat with high-flying sports 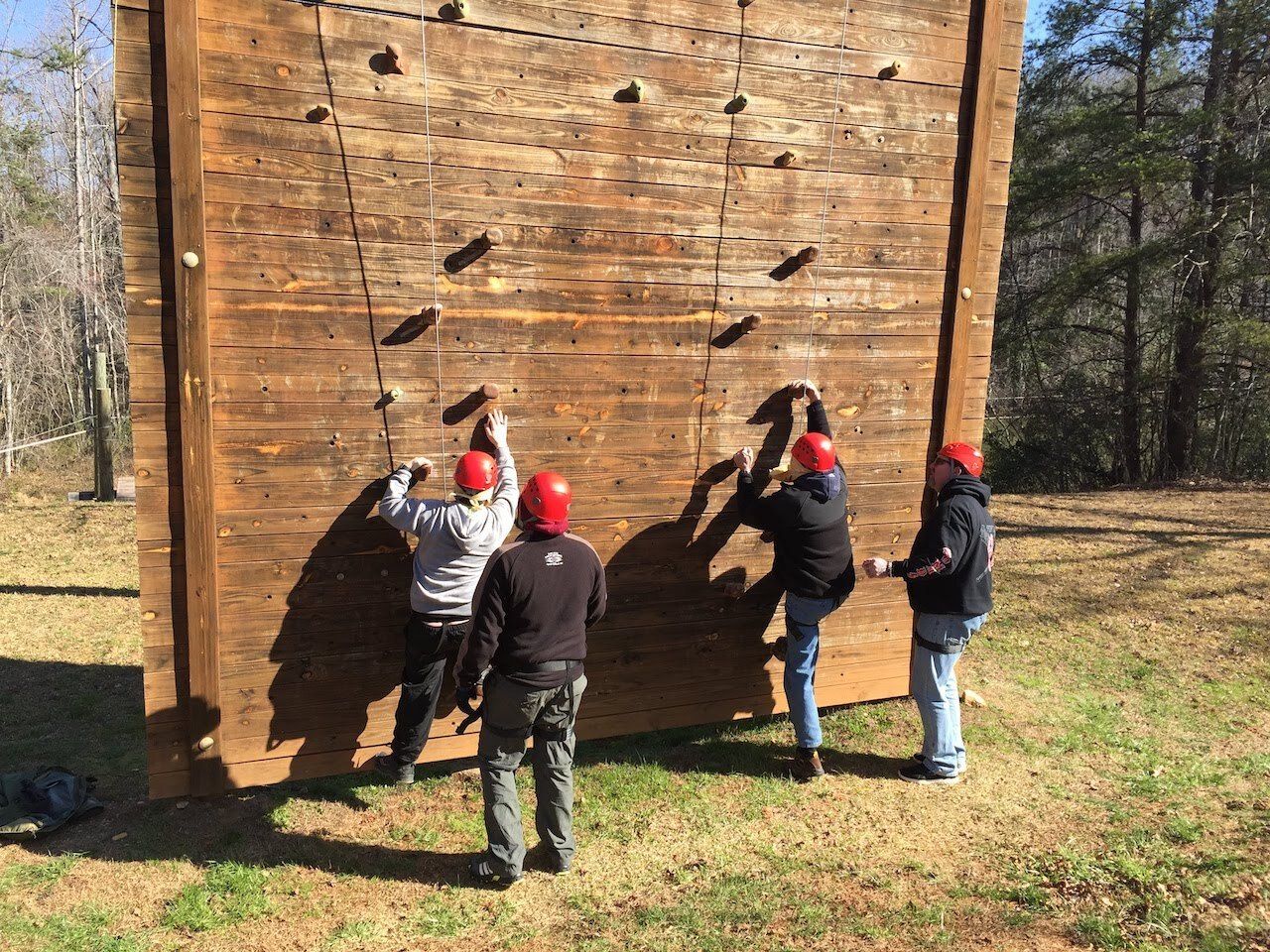 “Guys coming back, they’re used to that adrenaline high, and every time they see or hear something it scares them,” says Mike Holder, owner of Banning Mills Resort in Georgia, where many veterans from nearby Ft. Benning go to burn off that adrenaline. “So they have this command-directed program for guys to come up here … and nothing gets that adrenaline popping like a zip line.”

Banning Mills is also one of many locations to host the Wounded Warrior Project’s Project Odyssey, a 12-week program designed to treat PTSD and other combat-related invisible injuries, beginning with five days of adventure-based learning and mental health education. It runs nationwide, inviting participants to do everything from whitewater rafting to rappelling to scuba diving, and serves to jumpstart their brains in a positive manner.

“It gets you outside your own head,” says Geiger, who has been on multiple Project Odysseys and served as a project mentor. “It allows a group of people who are inside their own thoughts all the time, the majority of which are negative, not to dwell on it and get out in the nature God created.”

The sports aren’t just a mental escape, either. On a neurological level, they provide the brain with adrenaline it’s gotten used to and allow veterans to channel that adrenaline in positive ways.

“When you’re used to producing a lot of adrenaline, your body becomes driven by that rush of adrenaline. And when you’re traumatized, you revert back to that part of the brain,” says Dr. Darby Fox, a therapist based near New York City. [Adventure sport] give you the adrenaline produced in a war situation, as a negative situation, but this way it’s therapeutic and you get that same sort of rush but you know you’re going to be okay. You get the same euphoric feeling, with a positive outcome.”

It also feeds into the types of personalities who choose to join the military in the first place, giving them a little jolt of the things they love when their brain is depressed.

“Generally folks who are ex-military or into law enforcement, they like that kinda stuff,” says Mike Raciti, a 24-year Army combat veteran and author of I Just Want to See Trees: A Journey Through P.T.S.D. “They like a little rush. They like the sports that require a certain degree of risk and bravery. That’s why things like zip lining and parachuting are very common in the PTSD community.”

Overcoming fears as a team, as they did in combat 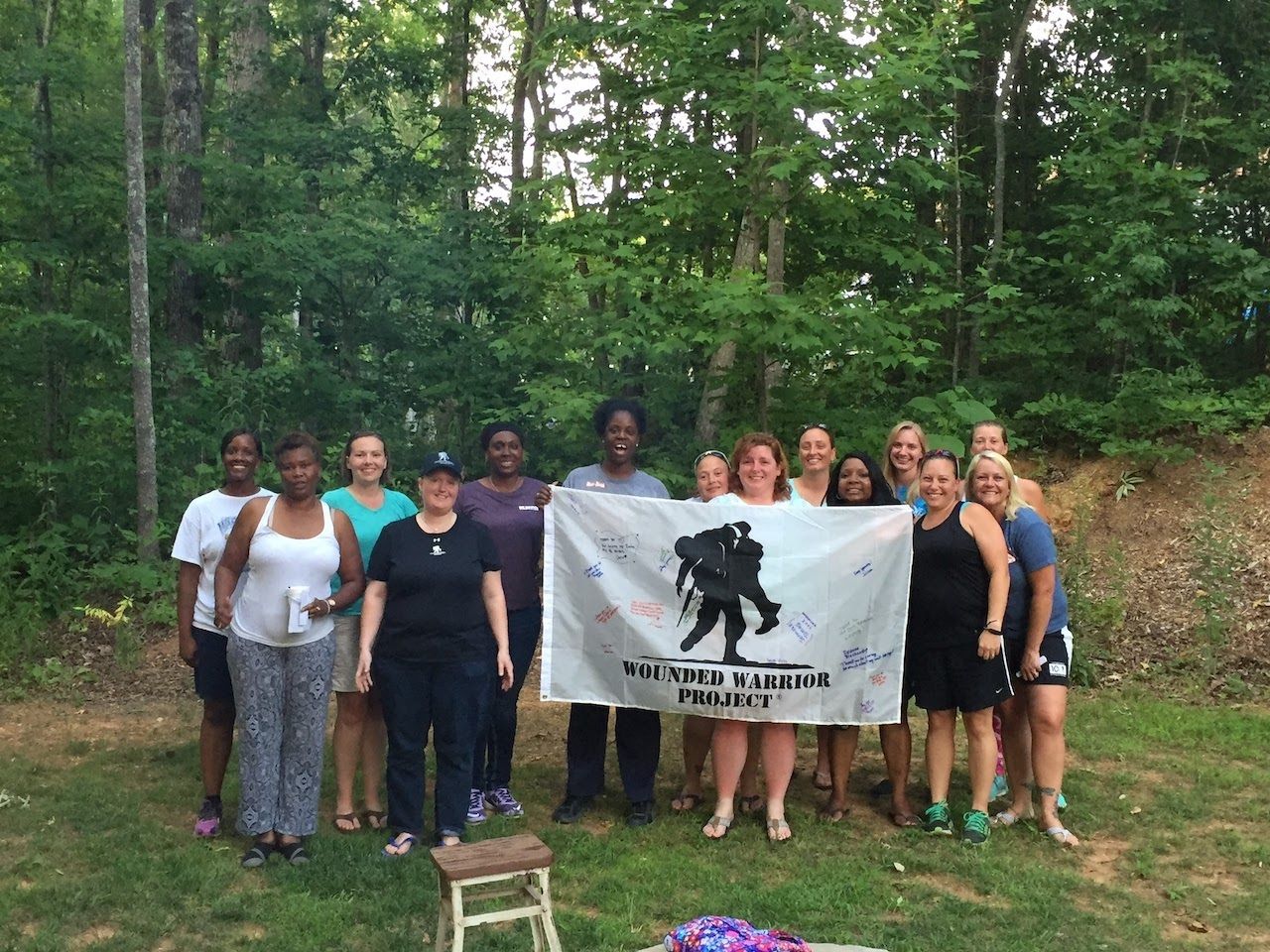 While adrenaline plays a big part in why adventure sports are therapeutic, there’s more at play than simple brain chemistry. They also provide a place for veterans to overcome fears they’ve developed since returning home, using the group support system they were used to on active duty.

Geiger tells of a Project Odyssey trip to Bridge Day at the New River Gorge in West Virginia. His group was set to rappel down the 876-foot bridge, a terrifying thought to a man admittedly deathly afraid of heights.

“There was another guy there who was even more scared of heights than I was, and I didn’t think that was possible,” he says. “In order to rappel, you have to step off the bridge, onto support beams, and have faith to sit back into your harness, and we’d rather do anything than something related to height. But when we were in that group of veterans, we were both able to complete the activity, so to me there’s more than just the adrenaline part. There’s so much more to that activity when you talk about overcoming fears.”

Geiger went on to reminisce on a scuba diving trip to Florida, during which veterans who were terrified of the water overcame that obstacle to explore the undersea world. And the comfort they feel around other veterans allows them to overcome other fears that may hamper their home lives too.

“A lot of guys refuse to take their families out to dinner because they’re afraid of crowded restaurants,” he says, referring to a time when most people did that without a second thought. “But you go in with 10 guys you just met, and you see it’s physically and mentally possible, and they can go home and do something as simple as take their family out to dinner.”

The reason the therapy works is that it allows traumatized vets to feel less isolated and therefore makes them able to relax and function outside of their sometimes-detrimental thoughts.

“Because of what they’d gone through they’re disconnected and isolated,” explains Dr. Fox. “We pick something to engage them into the life they had once to feel less lonely, less disconnected. That’s how we heal the trauma.”

Crutch, who has also attended several Project Odysseys and worked as a project mentor, says healing would just not have been possible around only civilians.

“I’m an adventurous person, but for me, mentally, doing high ropes courses [with other veterans] I’m more comfortable because I’m not so much on high alert,” she says. “When I’m with them, I know they have my back. I’m more comfortable. If it’s just you and civilians, I wouldn’t be put in that situation. Being put there with other warriors, I’m there, I’m all in, I feel very much protected.” 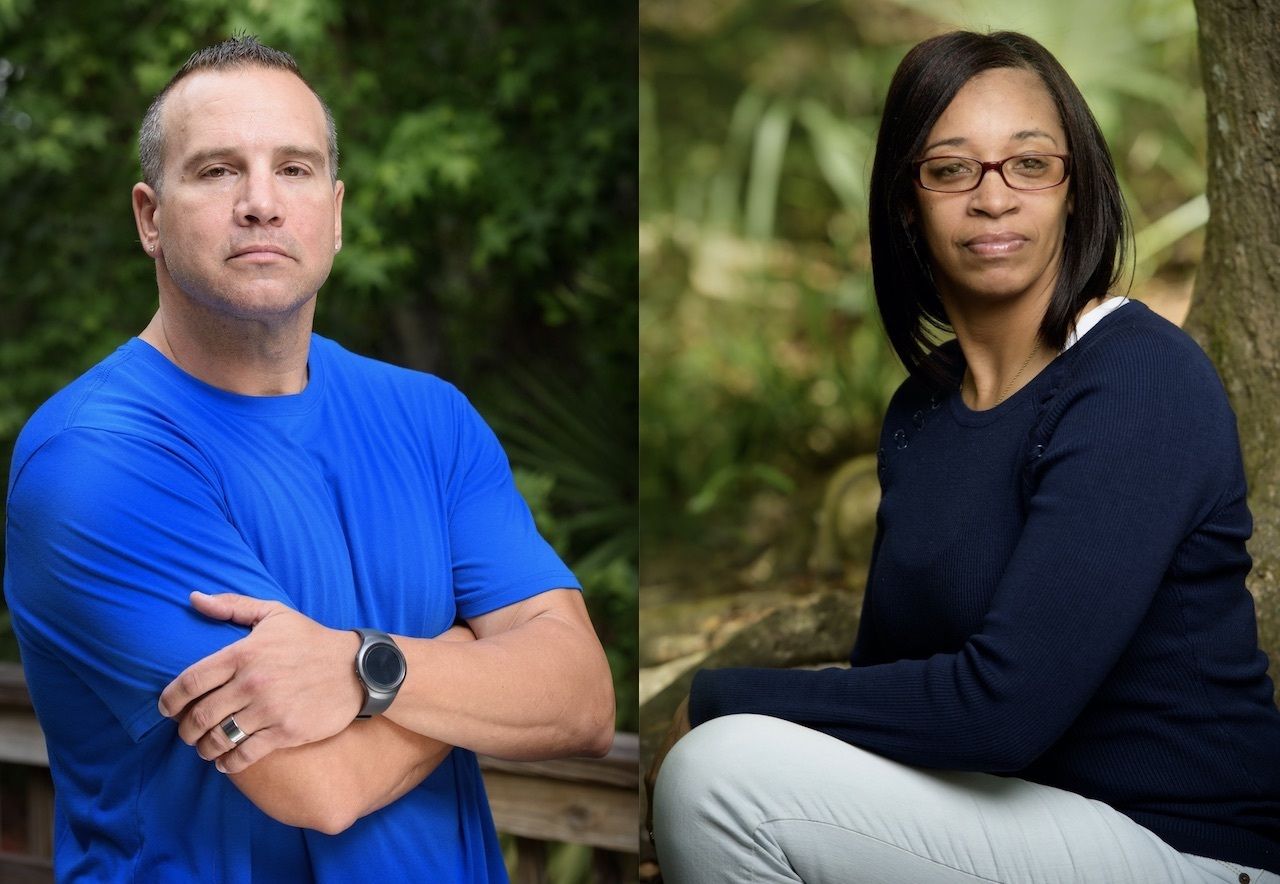 The Wounded Warrior Project is far from the only organization using sports to help heal PTSD — the Warrior Surf Project in South Carolina is another fine example — but it does have the benefit of 11 weeks of follow-up programming to make sure its alumni take the progress they’ve made and keep going. And that also has the potential to keep them from becoming dependent on medication.

“An hour or two of exercise a week equated to one medication,” says Raciti, who now works as a physician’s assistant in Phoenix. “If you’re on two antidepressants you could get off of those by exercising regularly.”

But for veterans like Geiger and Crutch, getting outside, with their blood pumping, doing ropes courses and rafting has helped them feel more at home. And it’s led them to realize the life they had on the battlefield isn’t one they can bring back to their families.

During a Project Odyssey outing in the Florida Keys, Geiger, who is still married, had this revelation. His group was tasked with training dolphins to do various tasks, and the yelling and screaming that is commonplace in combat wasn’t going to work on a cuddly marine mammal.

“I spent a week being calm, cool, and collected getting a dolphin to jump through a hoop, and I realized why can’t I just use the same approach with my kids?” he says. “That environment of yelling and hollering, it doesn’t get you much of anywhere. And it made me realize you can’t make a dolphin jump through a hoop by yelling.”

Extreme SportsArchery Is the Sport of the Moment, and Here’s How To Get Started
Tagged
Extreme Sports Wellness
What did you think of this story?
Meh
Good
Awesome