If you have no climbing or trekking experience, it’s hard to imagine spending days exploring the beautiful but difficult mountainous terrain of British Columbia without ending up injured and lost, or worse — looking like a fool. To save you from a certain death and a great deal of embarrassment, CMH Heli-Skiing & Summer Adventures has come up with a solution: heli-hiking. It transports you by helicopter into the high alpine and glacier country. It’s virtually untouched territory. In the Cariboo Mountains, CMH has also built a brand-new via ferrata in a dramatic waterfall-filled canyon. It’s an experience you will never forget.

What’s a via ferrata, anyway? 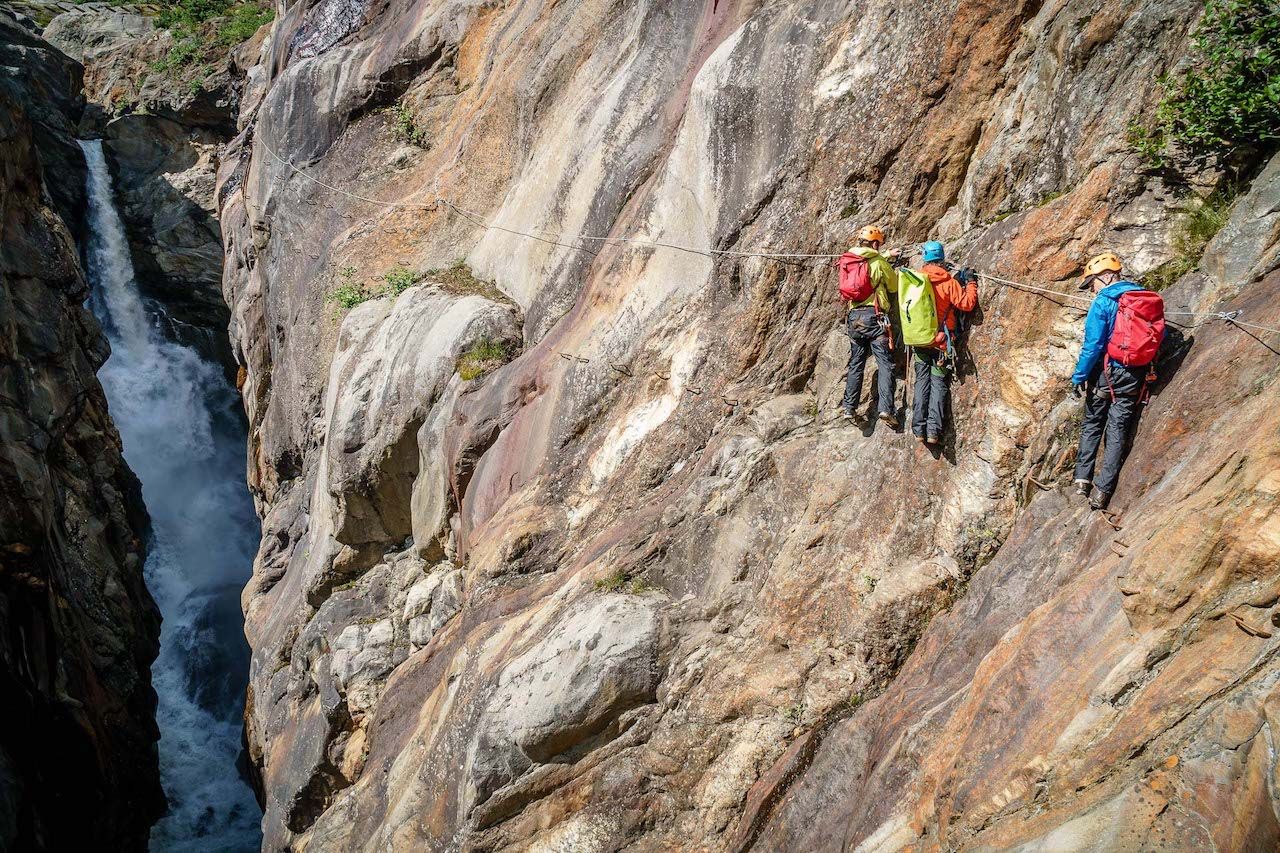 Via ferrata means “iron path” in Italian, and that’s essentially what it is. The warring Italian and Austrian soldiers famously constructed pathways in the Dolomite mountains using fixed lines and iron climbing aids in World War I as a way to gain high ground and transport troops. But even before the war, more primitive versions of via ferratas (or via ferrate, as the Italians would say) were built in the Alps to connect villages to pastures at high elevations.

Modern via ferratas are built with recreation and tourism in mind. They’re built in extreme landscapes and allow people with no mountaineering experience to be in places and situations they never would otherwise, like vertical cliff faces and steep-walled canyons with raging waterfalls flowing through them.

A via ferrata in the wilds of British Columbia 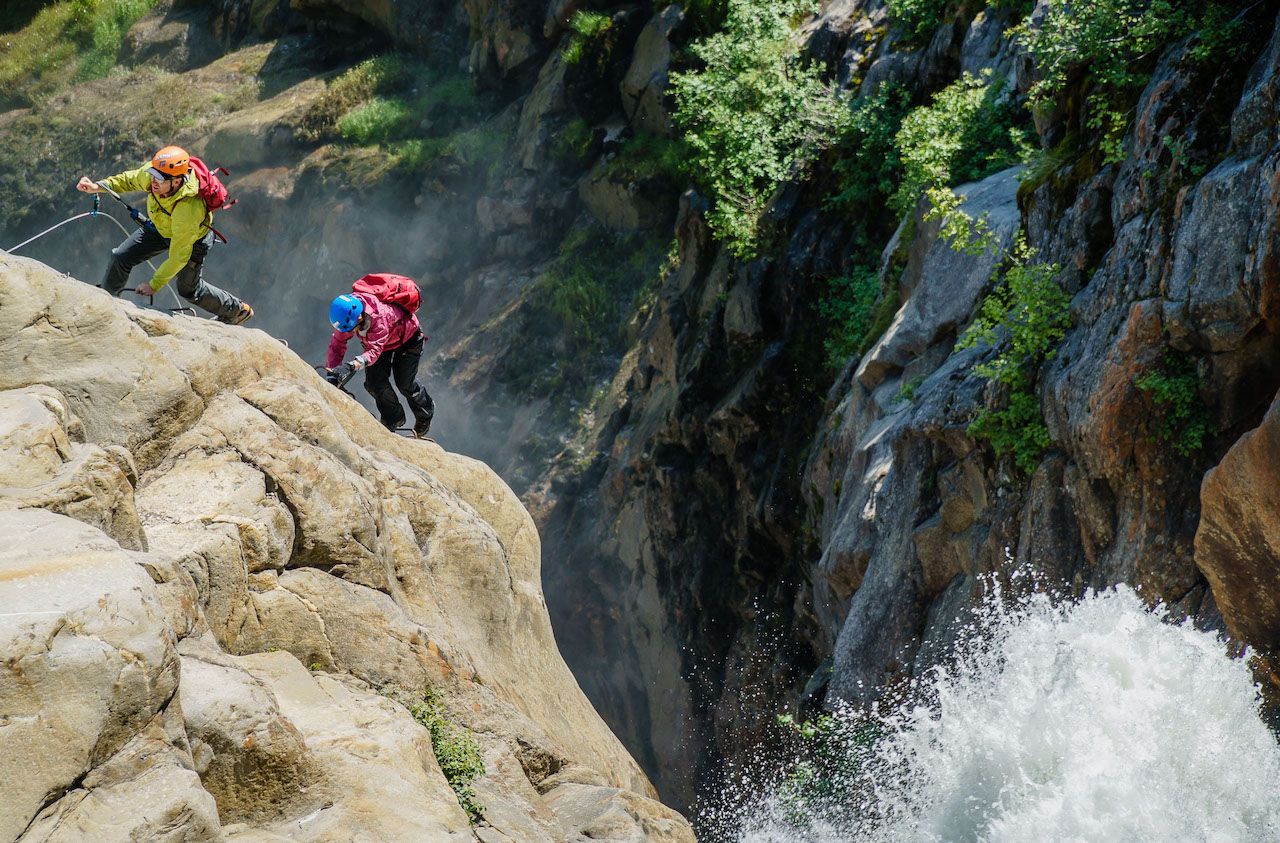 This past July, I was in the Cariboo Mountains to experience the brand-new Zillmer Canyon via ferrata. Its base lodge is CMH Cariboos, a short helicopter ride from the town of Valemount, BC. Although the lodge is in very remote wilderness, it’s not lacking for luxury. And it has amazing views of the beautiful Canoe glaciers. 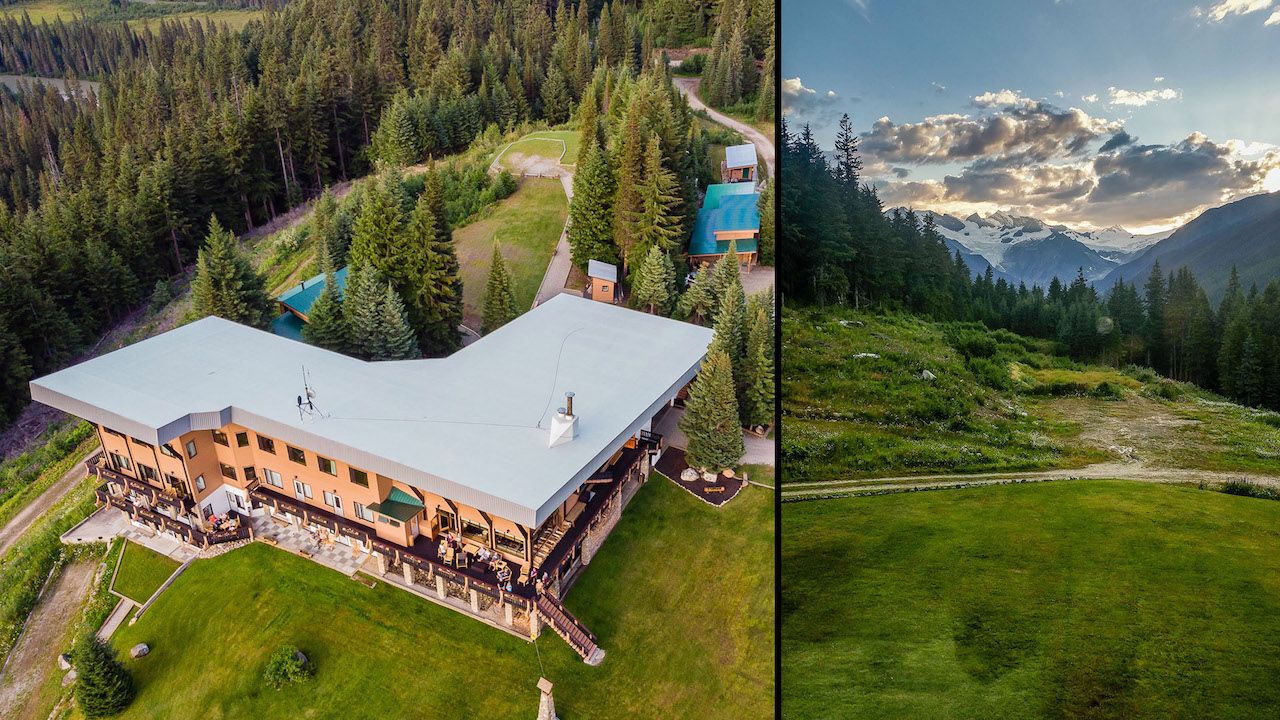 From the lodge we were choppered to the base of Zillmer Canyon. When the sound of the helicopter receded it was replaced by the constant roar of a waterfall tumbling through the canyon and throwing spray in all directions. With our harnesses and helmets on (and rain gear to stay relatively dry) we were first led across a zip line that carried us over the raging creek, then we maneuvered along steep cliff walls, tethered into steel fixed lines that ran the length of the canyon. 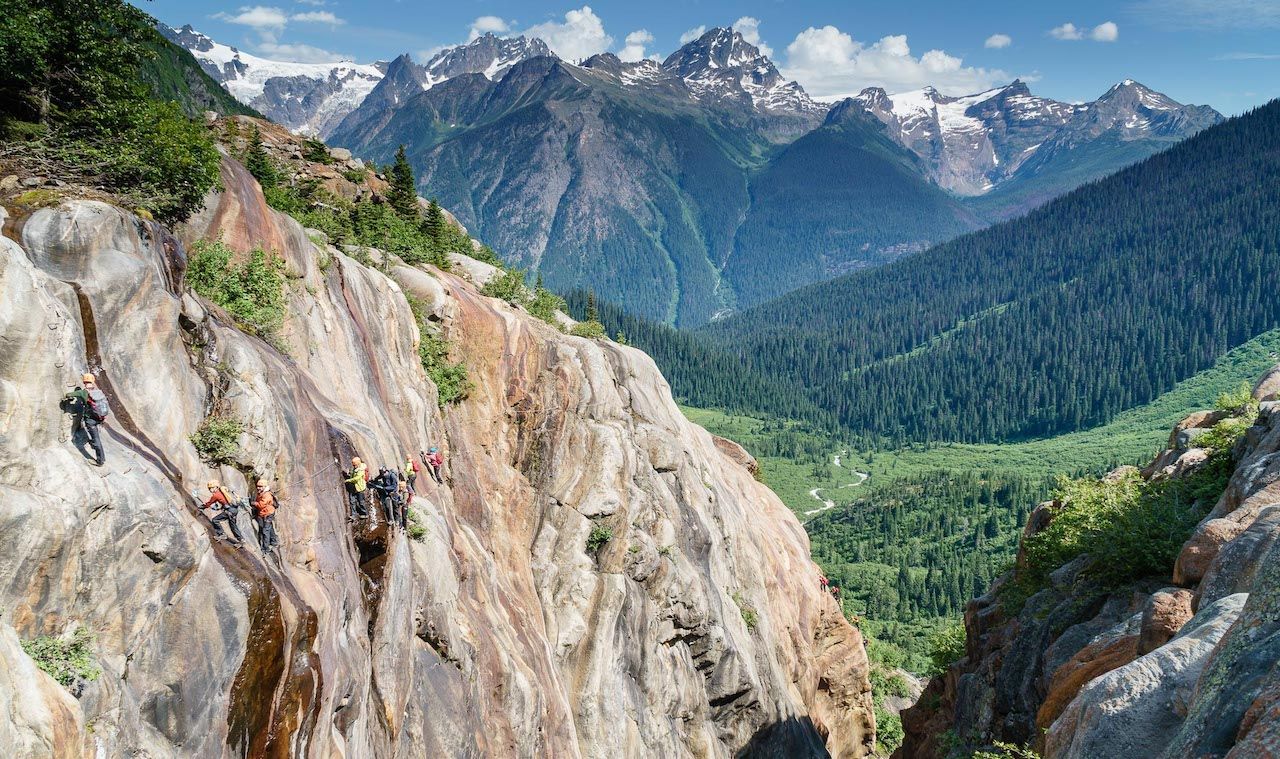 We climbed up walls on iron rungs, crossed a gap-filled suspension bridge, and walked on single wires in other spots to navigate our way up and through the canyon. The path diverged a couple of times to accommodate different physical abilities and comfort levels, and we were split into groups to allow for different paces. Being a rock climber I’m used to lots of exposure high off the ground, but for many people, the mental challenge of the heights was something to overcome. One of the guests, after steeling herself for the walk across the suspension bridge, got a big bear hug from the guide at the other end. I later asked her if she was proud of herself for doing it; her huge smile said it all. 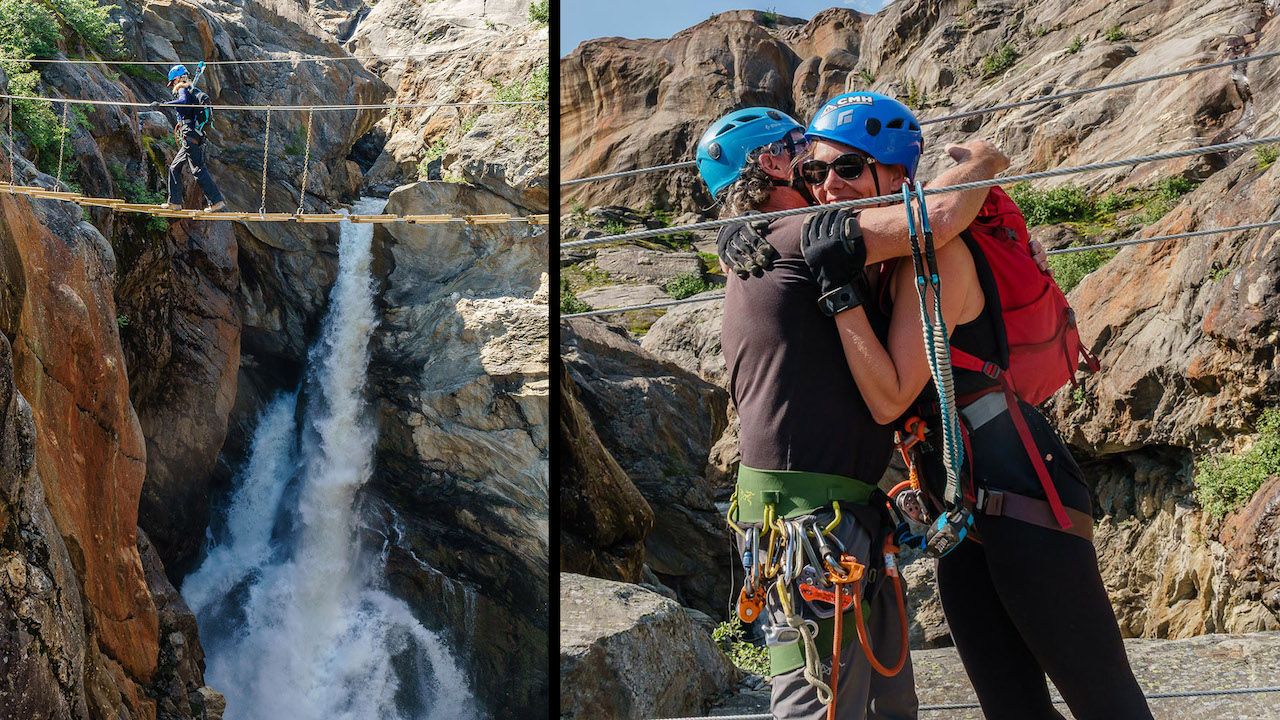 The via ferrata topped out in a gorgeous valley with views onto glaciers and waterfalls pouring down the mountain sides. And one more zip line for good measure. CMH has already started building phase two of the route, which will take guests even higher for a full day of via ferrata adventure.

If you don’t mind heights and like a bit of an adrenaline rush, check out what it’s like to trek the Zillmer Canyon via ferrata by watching the video below.