There isn’t a bad time to visit Puerto Rico thanks to beautiful beaches, enticing natural features far from the resorts, and, of course, some of the world’s best piña coladas. But there’s something to be said for visiting Isla del Encanto in January. The first month of the year is when you’ll find holidays that blend Spanish, African, and American traditions across the island.

This year is extra special, as Puerto Rico is celebrating the 500th anniversary of Old San Juan through June 2022. It’s the oldest city in the United States and its territories, and is known for its blue cobblestone streets, historic forts, and colonial architecture. The historic destination will be pulsing with special events throughout January. And with temperatures ranging from 70 to 83 degrees Fahrenheit, a winter getaway at this tropical paradise is the perfect chance to comfortably explore the outdoors.

When: January 5 and 6, 2022
Where: Juana Díaz, Isabela, and other municipalities 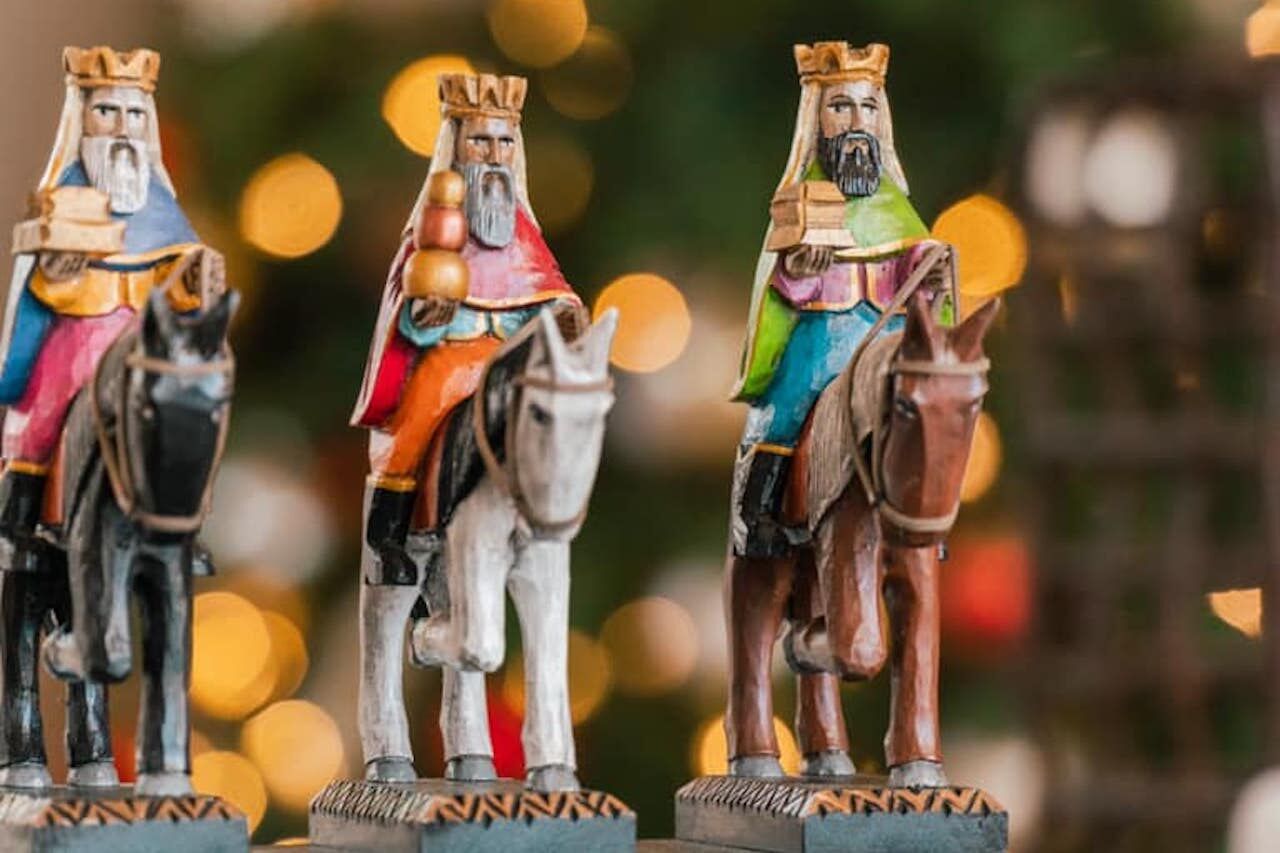 Community is the essence of religious festivals. For more than 135 years, the town of Juana Díaz has held a festival and parade that these days regularly draws more than 25,000 people to celebrate the Epiphany, also known as the feast of the Three Kings. The Biblical story is about when the Magi (Caspar, Melchior, and Balthazar) presented a newborn Jesus with gifts of gold, frankincense, and myrrh. In the town of Isabela, located in the northwestern region of the island, the Fiesta de Los Reyes Isabelinos is held for two days at the end of Epiphany. The celebrations in Juana Díaz and Isabela, as well as other areas of Puerto Rico, feature dramatizations of the Three Wise Men, along with gifts for children, art, contests, food, and plenty of music.

If you can’t make the festival, Juana Díaz is also home to the Museo de los Santos Reyes, which became the first museum dedicated to Epiphany traditions throughout Latin America when it opened in 2004.

Journey to the western portion of Puerto Rico for a chance to partake in a popular celebration in the town of San Sebastián. The Festival de la Novilla, also called the San Sebastian Heifer Festival, honors the important role that cattle raising has played in the region’s economy by bringing together amusement park rides, live music sets, artisans, and agricultural and food vendors. The fête also serves as a fundraiser for local scholarships and closes with a heifer parade that’s centered around a young cow painted and adorned with flower crowns and ribbons. 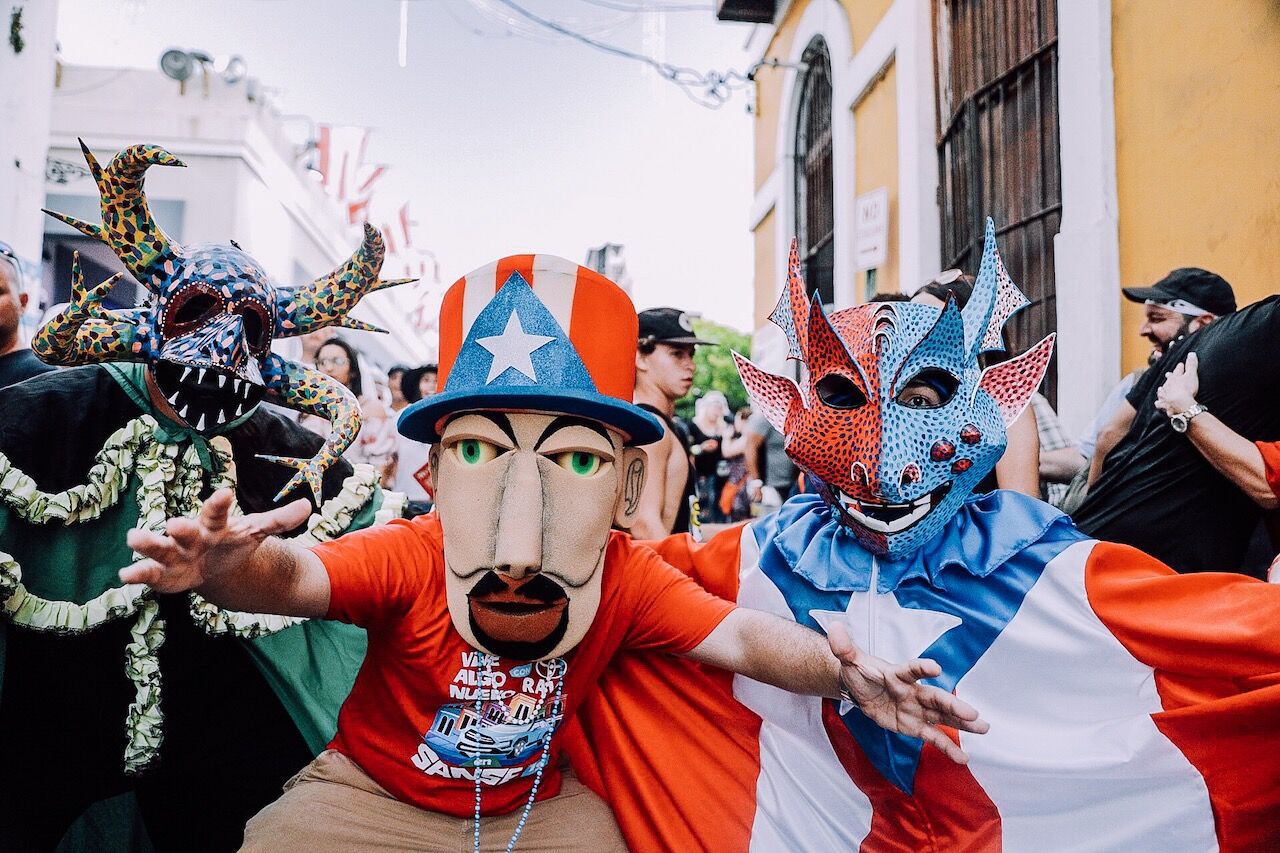 A January visit to Puerto Rico provides a chance to join in on the island’s biggest celebration of the year. La SanSe, as it’s commonly called, marks the unofficial close of the holiday season with a four-day party on the streets of Old San Juan. During the day, the town’s plazas serve as a stage for artisans, live music, dance, and performances. In the evening, the party ignites and the street fills with people and impromptu dancing in every corner.

Conferences and culture in January in Puerto Rico 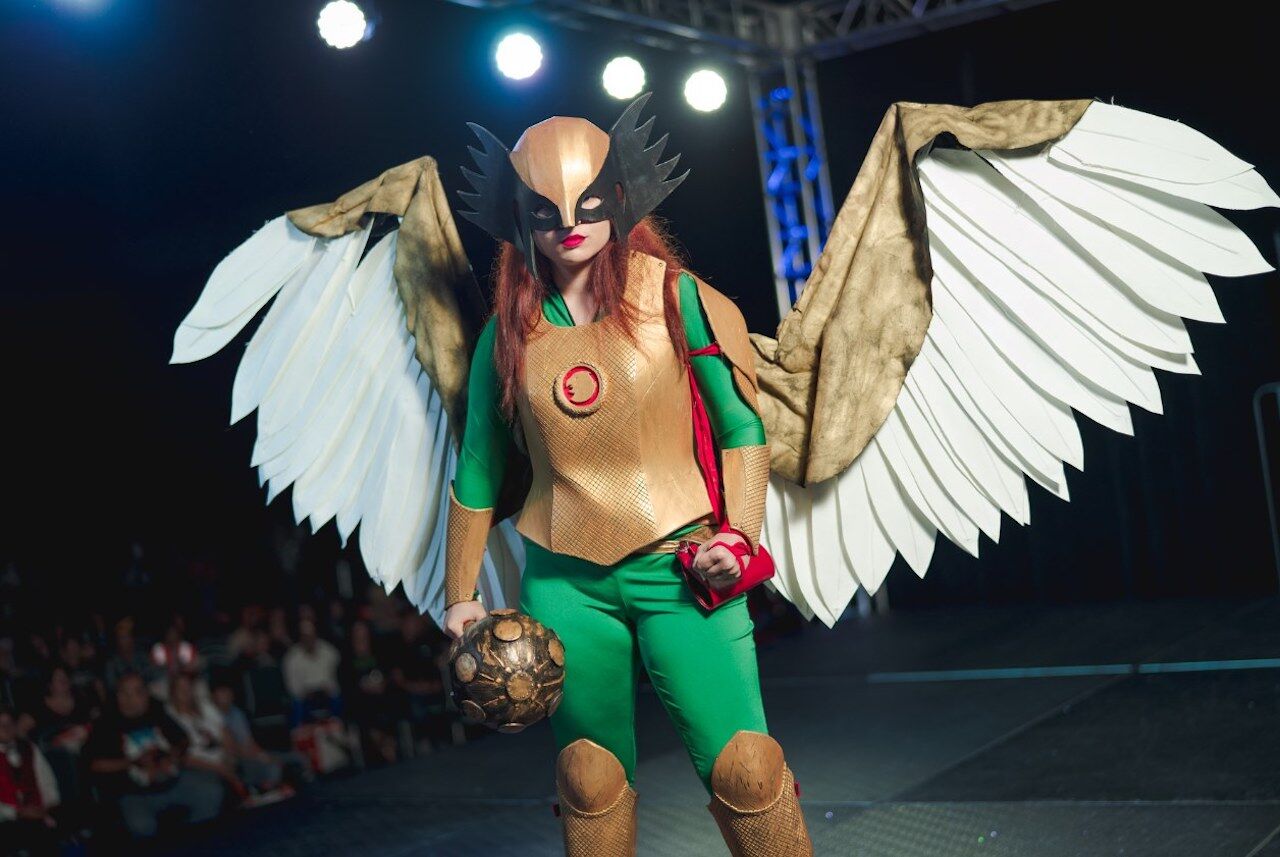 When: January 22
Where: San Juan

The Puerto Rico Camerata Philharmonic Orchestra will perform unique interpretations of Queen’s most famous hits at the Centro de Bellas Artes in San Juan in January. The talented local ensemble will be accompanied by Puerto Rico’s Coral Lírica and Jon Wiza, a professor at the Australian Rock & Metal Institute.

The best outdoor experiences in Puerto Rico in January

Tour of the Yunque National Forest 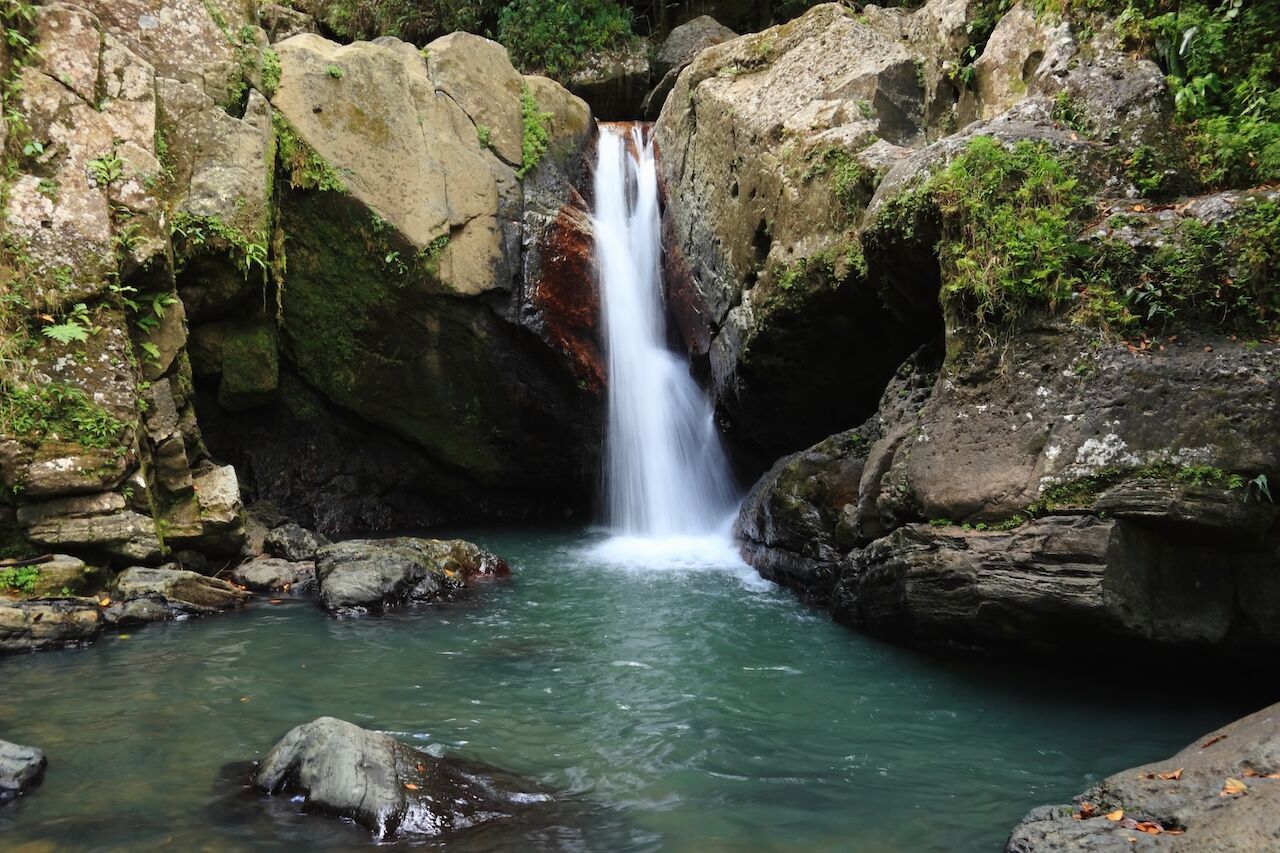 You haven’t truly seen Puerto Rico until you’ve made your way into the 28,000 acres of enchanting tropical rainforest that make up El Yunque National Forest. January’s comfortable temperatures in Puerto Rico make for the perfect time to spend a few days in nature, and the U.S.’s only tropical rainforest in the national forest system is a great place to do so. Make sure you have enough time to hike some of the many trails, sunbathe beneath waterfalls, and explore the ecosystem. With an elevation of 1,575 feet, the Yokahú Observation Tower offers an expansive view of the surrounding ocean and mountains.

The town of Rincón is best known for its surfing and stunning sunsets, and is located on the westernmost tip of Puerto Rico about two and a half hours from San Juan. Tres Palmas Marine Reserve is ideal for a day of snorkeling among beautiful corals and diverse marine species. The Punta Higüero Lighthouse is a major attraction with a recreational park and a maritime museum. The best time to go to the lighthouse is during the winter, when whales pass close to the town’s shores as they migrate, offering up the unforgettable chance to spot one of the large mammals at the ocean’s surface without even having to step foot on a boat.

Where to stay in Puerto Rico 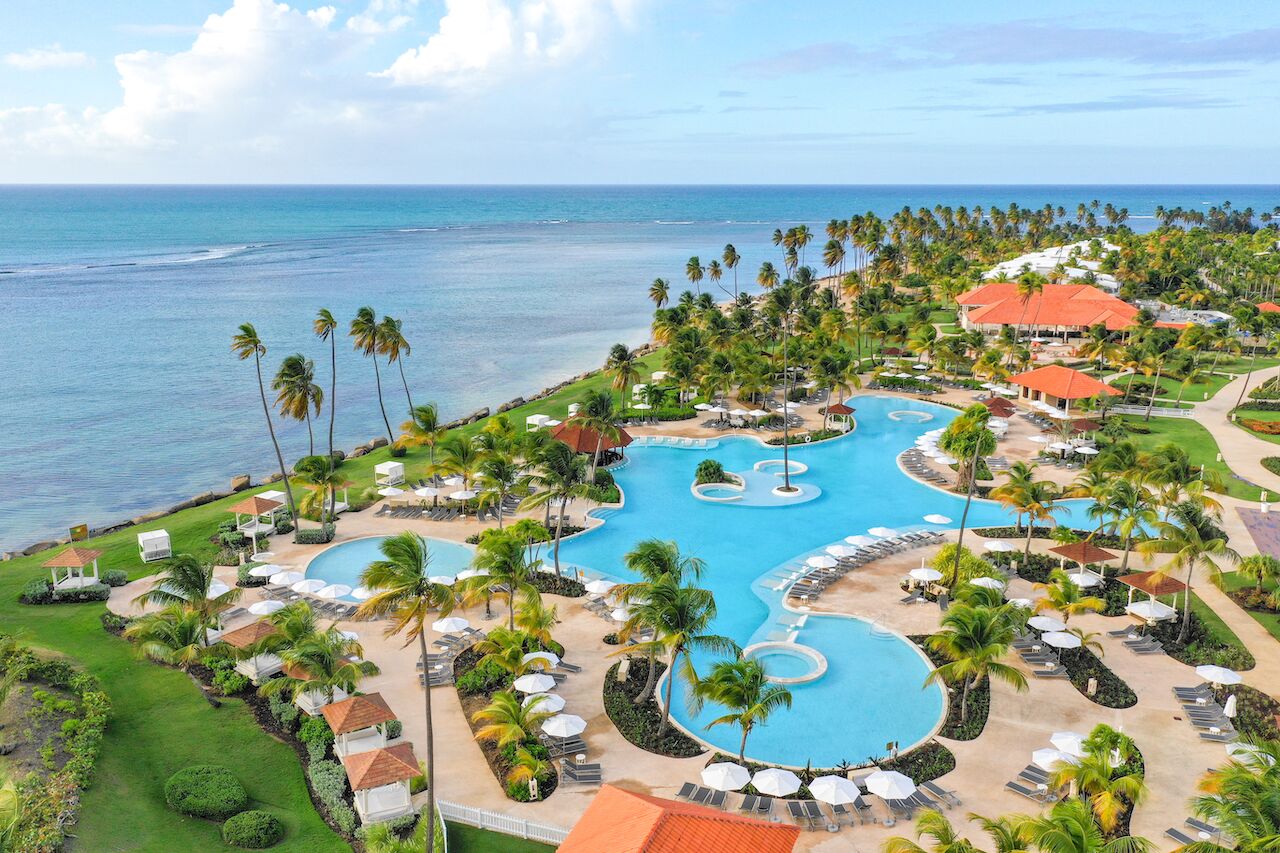 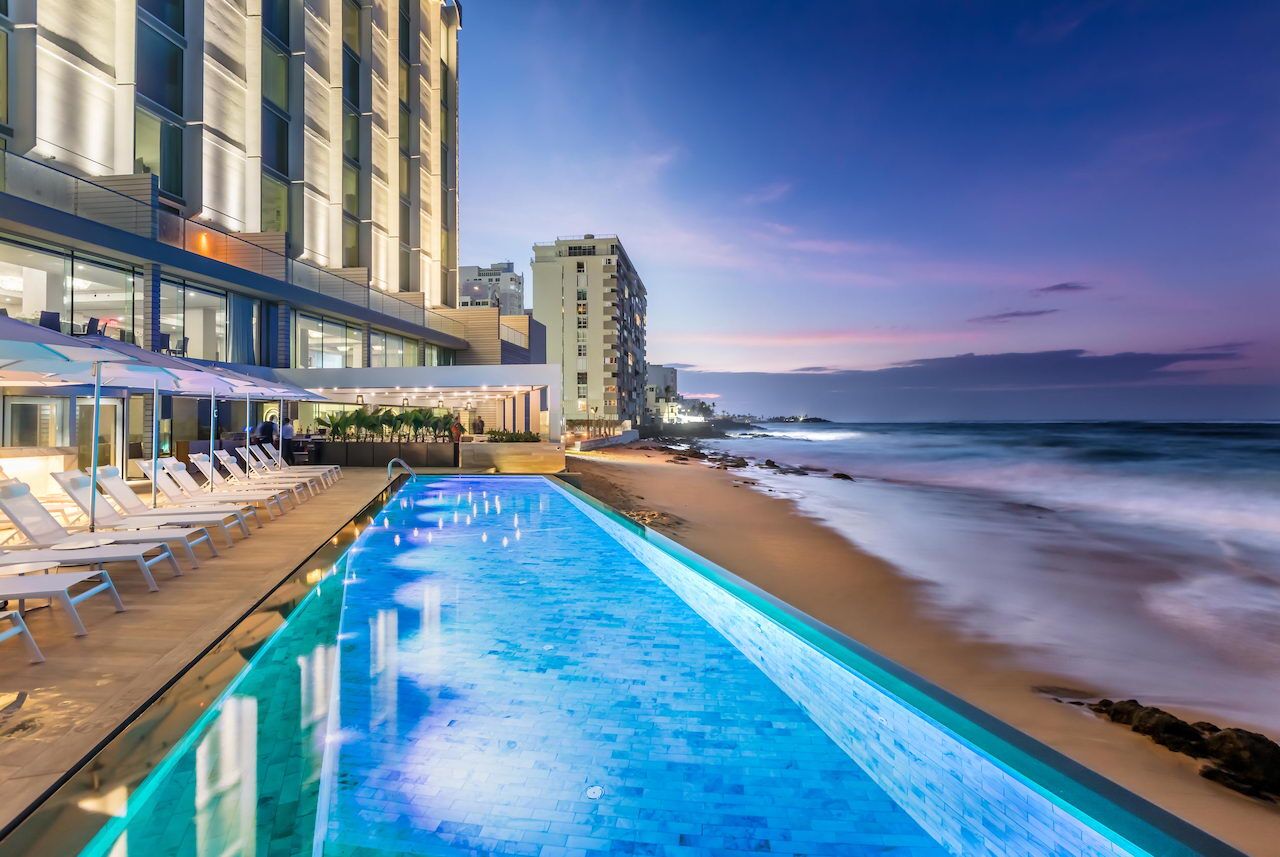 This boutique hotel is in the heart of San Juan’s Condado district. Enjoy an oceanfront pool with poolside cabanas, bottle service, and live DJ, along with Caribbean restaurants, a cocktail bar, and social hub. Old San Juan is just a bike ride away. 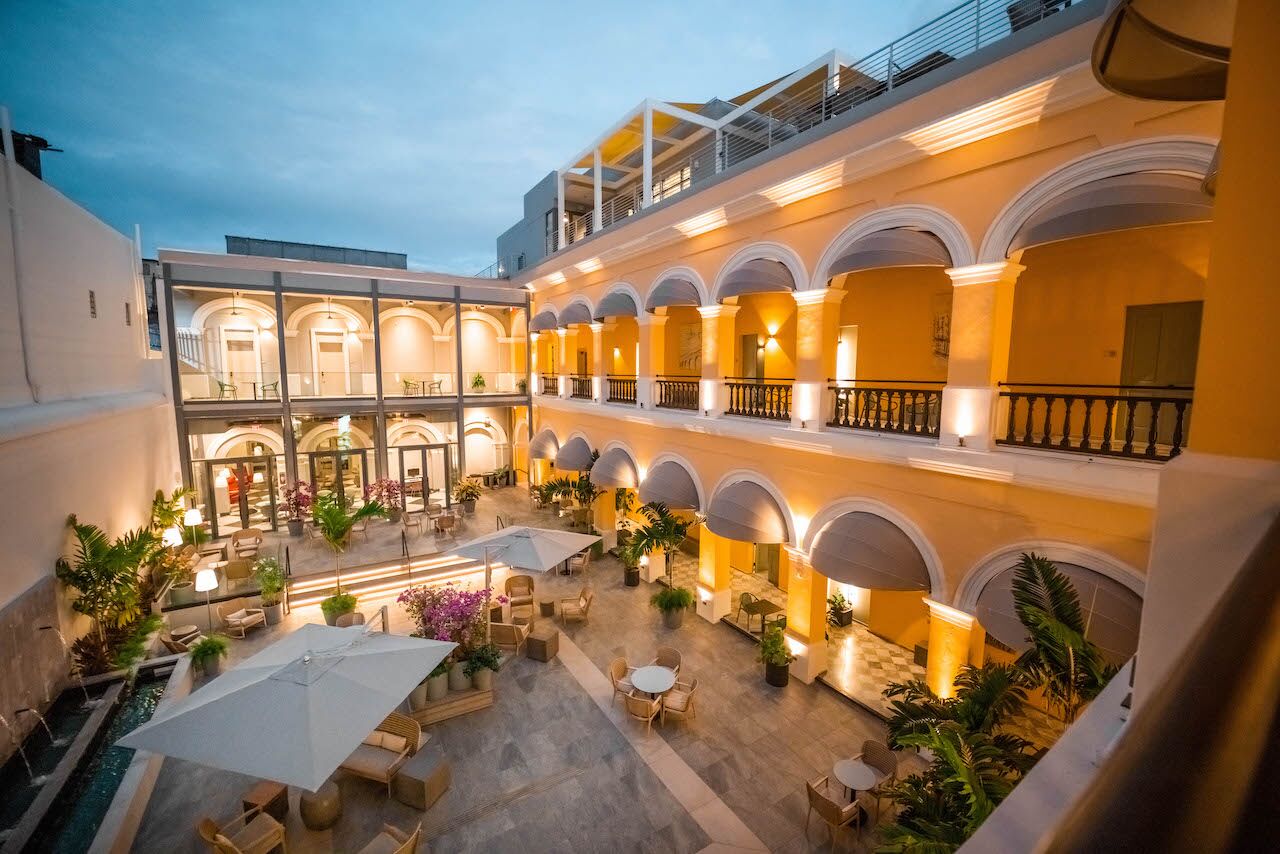 Road TripsRenting a Campervan Is the Best Way To See Puerto Rico Beyond the Touristy Resorts
Tagged
Beaches and Islands Events Festivals Hiking National Parks Puerto Rico
What did you think of this story?
Meh
Good
Awesome