Canada’s easternmost province is one of the best places in the world to spend your days counting seabirds, whales, and icebergs — from land or sea. This is where puffins nest along rocky cliffs, where humpbacks visit annually to feed, and where icebergs float south along the shore every spring and summer.

Seeing the “Big 3” in Newfoundland and Labrador is possible in just one trip — but you have to plan things right, in terms of both when you visit and where you go. Here’s how.

Whales: May to September 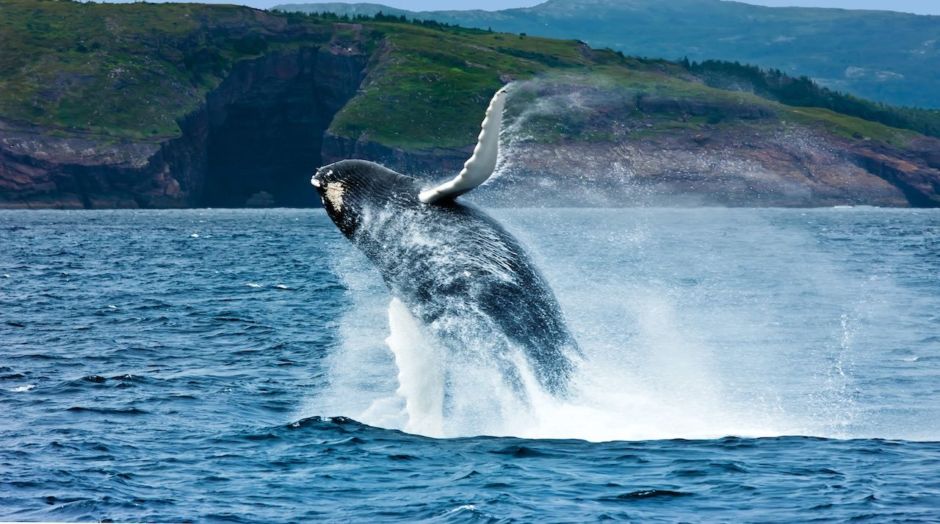 The cold, clean waters of the North Atlantic are a plentiful source of food — from tiny krill to fish and seals — for nearly two dozen species of whales and dolphins. Every year, visitors to Newfoundland and Labrador can see orcas, sperm whales, and pilot whales. But the province’s true claim to fame is this: The world’s largest population of humpback whales pays a call every year to feast in the rich waters offshore.

Boat tours will get you on the water to spot the animals from a safe and respectful distance. For a closer encounter (and some physical activity), book a sea-kayaking trip. You’ll paddle slowly near the whales as they come up for air, feed, and splash their tails to show off a little.

There are also places in the province — from sandy beaches to steep cliffs — where whales can be spotted from shore, including:

When should you go? The general whale-watching season runs from May to September, but different species are prevalent at different times within that window. Humpbacks are in the North Atlantic from April to October after migrating up from the Caribbean, orcas come only in summer, and minke and pilot whales in the summer and early fall. If you want to plan a trip during the absolute peak season for whale watching in Newfoundland, make it mid-July to mid-August.

Seabirds: May to September 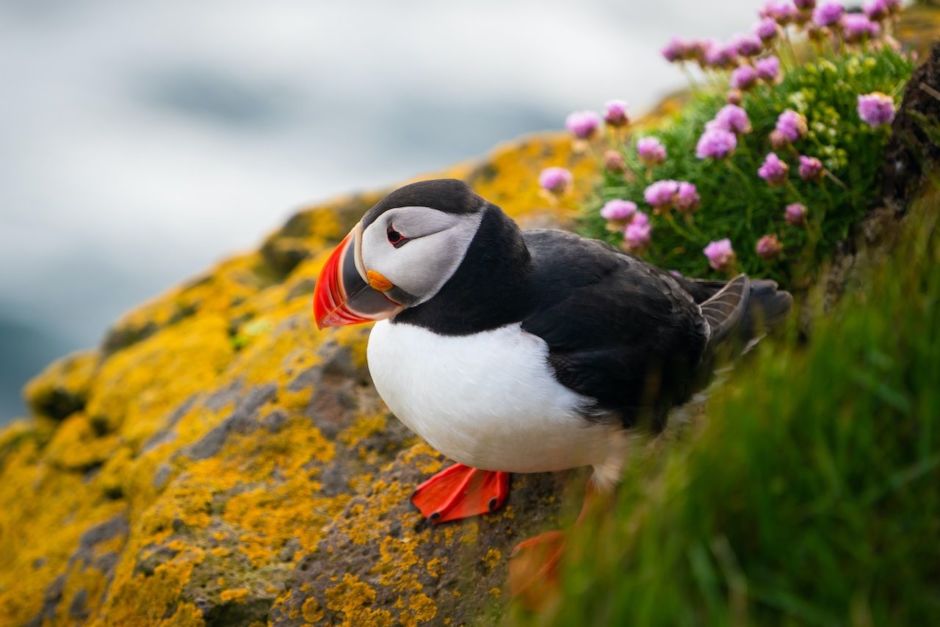 Given the province has 18,000 miles of shoreline and more than 350 species of birds, it’s no surprise that several species of seabirds reside in Newfoundland and Labrador. In fact, some 35 million individual seabirds make their homes here, earning the province the nickname “the Seabird Capital of North America.” Razorbills, gannets, eagles, and murres are just a few of those you may see during your visit.

Many of these species can be observed from the province’s thousands of miles of coastline — or just beyond it while boating or kayaking. Look for black-legged kittiwakes flying and feeding at sea, where they spend most of their lives. You can also scan for bald eagles flying overhead or perching in the tallest trees, carefully keeping watch over their territory. Summer is prime bird-viewing time, as the nesting season brings them closer to shore and migrating species arrive in the area.

But the bird most visitors come for? The Atlantic puffin. Every summer, these petite birds with colorful beaks nest at various sites across the province. You can see them from the water on boat and kayak tours, watching the birds dive deep to feed on capelin and then bob their full bellies on the surface as they fly away.

For a primo viewing spot, head to Elliston, located on Newfoundland’s Bonavista Peninsula. It was once called Bird Watching Cove, as hundreds of nesting puffin pairs come to the area to burrow into the cliffs and build nests among the rocks from May to late September. And in Witless Bay Ecological Reserve, the Puffin & Petrel Patrol checks the shore every morning for lost puffin chicks, or pufflings, who sometimes confuse the town’s lights for the reflection of moonlight on the water. Volunteers can register to visit Witless Bay in the mornings and help the group get these birds back to sea — registration opens in June. 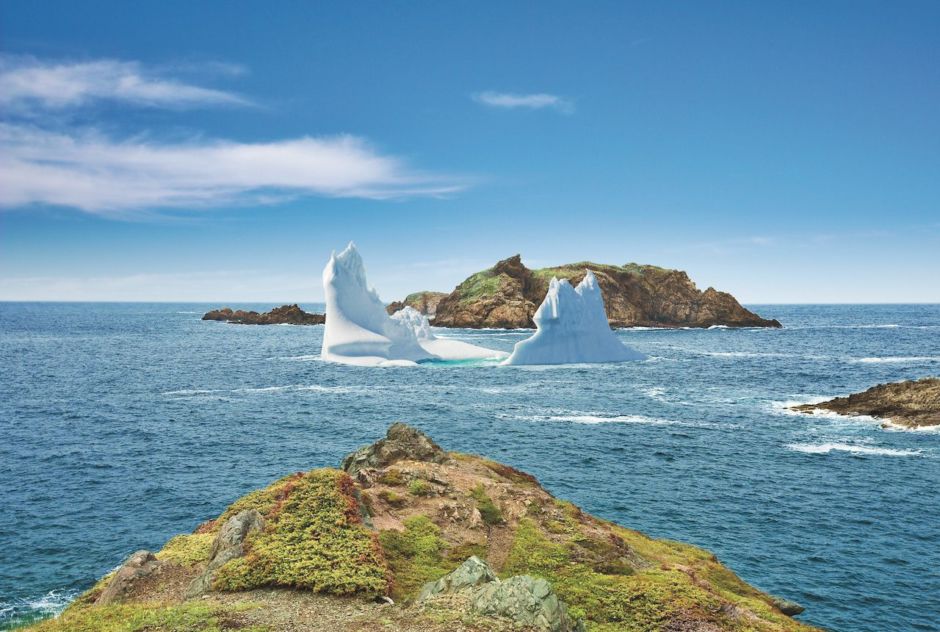 Each spring, enormous hunks of ice cleave off the Greenland Ice Sheet and drift south. This chilly migration route, first skirting the shores of Labrador and then Newfoundland, is called Iceberg Alley. In late spring and early summer, the northern and eastern shores of the province become one of the few places in the world where you can easily see such massive ‘bergs — made of ice more than 10,000 years old — up close and personal.

Given that icebergs can be as tall as a multi-story building, many can be spotted from land. Try Battle Harbour and Red Bay in Labrador, or St. Anthony, Twillingate, Fogo Island, Bonavista, and the St. John’s area in Newfoundland. But if you’re not content to stay onshore, hop on a boat tour or into a kayak. Trained operators in communities like those listed above bring groups out as close to the ice as is safe — you can even enjoy a beverage with your very own “bergy bit” floating in the glass. End your day listening to traditional Newfoundland music at a local pub, enjoying a cocktail made with Iceberg Vodka or Rum or a bottle of Quidi Vidi Iceberg Beer. All are crafted with the pure, clean waters of the ‘bergs.

Of course, while certain parts of the province are iceberg hotspots, nobody really knows where they will show up each year. The Iceberg Finder tool tracks the location of the ‘bergs — almost a thousand of them in 2019 — so visitors and locals both can plan day trips and outings on short notice. The season generally runs through spring and summer, though late May and early June tend to be prime viewing time. And the farther north you are, the longer iceberg season lasts.