If you look forward to Shark Week every year, you’re not alone. What started as a 10-episode program in 1988 has become a yearly phenomenon, and it’s obvious why: Sharks are a marvel of the sea. From small nurse sharks to great whites, people are endlessly curious about these spectacular creatures (even if they seem a little dangerous). The idea of getting up close and personal with sharks is so popular that there are plenty of places in the world where if you’ve ever dreamed of swimming with the sharks, you can definitely make that a reality.

We connected with Julie Andersen, PADI Worldwide‘s global director, brand, for insight on the best places around the world to dive with sharks. 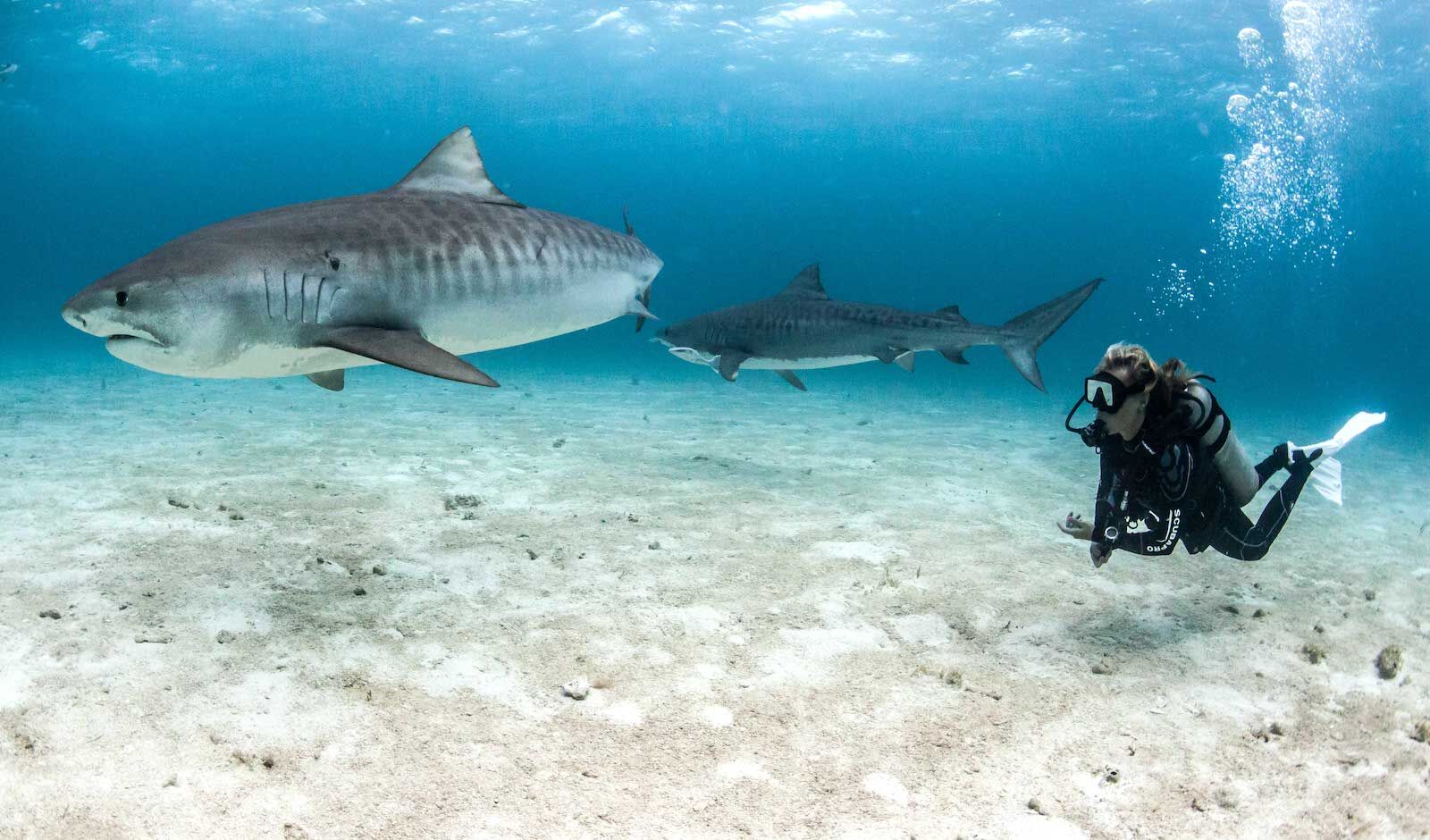 About an hour by boat from the West End of Grand Bahama, Tiger Beach is known for reliably offering the chance to see gorgeous tiger sharks up close. Water in the Bahamas is crystal clear, and you’ll also catch views of lemon sharks, whitetip reef sharks, and, if you’re lucky, hammerheads. Even though Tiger Sharks get a bad rap during shark week, there’s nothing like swimming up to one (safely, of course). To participate, you’ll need either a Freediver or Open Water Diver PADI Diving Certification. 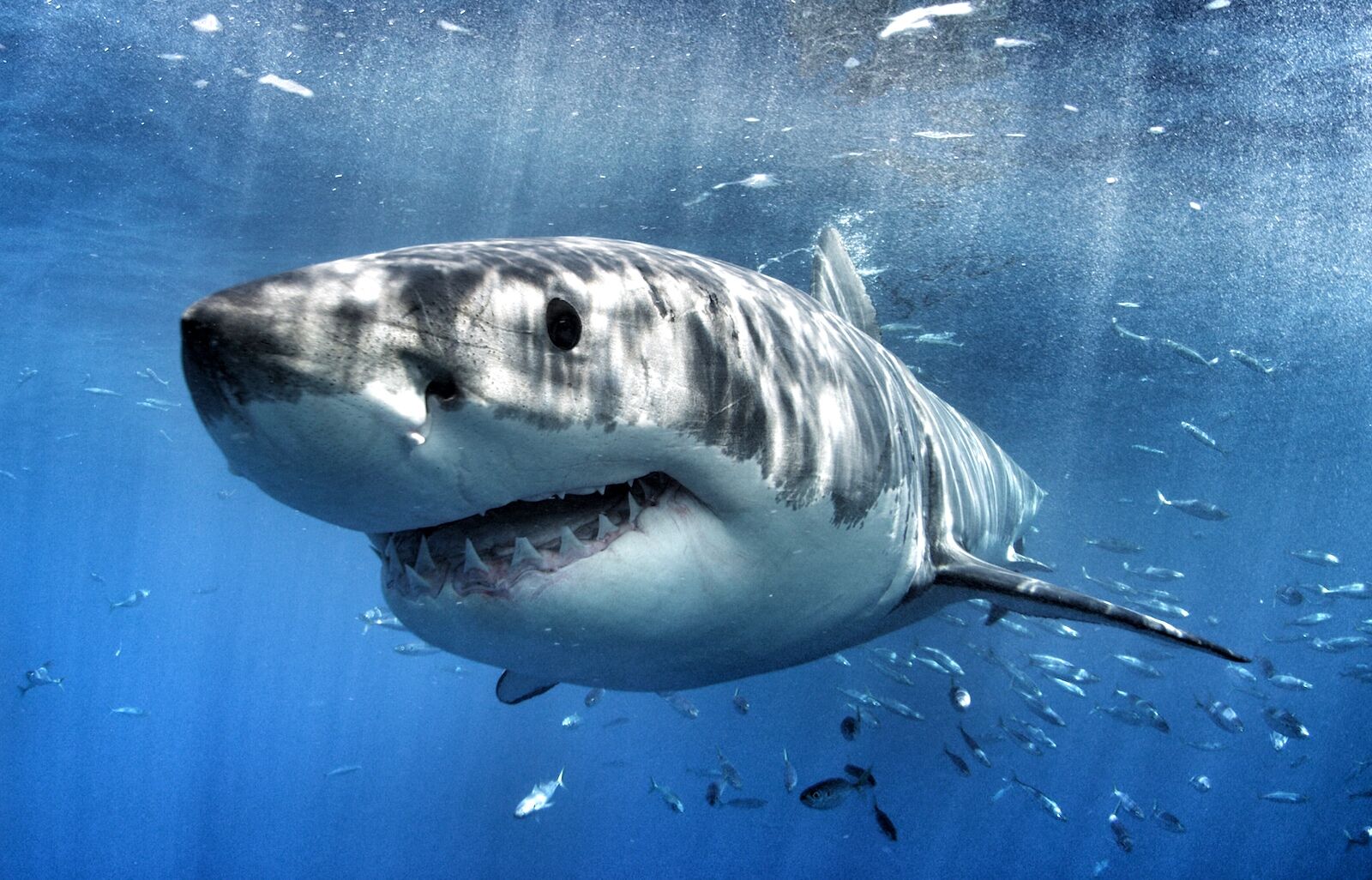 Great whites are the sharks that everyone seems to fear more (thanks Jaws), but great white attacks are rare, with only 57 confirmed unprovoked shark attack cases worldwide in 2020. And experts agree that these sharks attack humans not because they like the taste, but because their poor eyesight means it’s easy for them to mistake you for their prey. That shouldn’t stop you from heading on this trip to Guadalupe Island, a remote archipelago off the coast of Baja California. Marvel at the different species of seals and sea lions. Then, dive into the crystal clear water and catch sight of varied fish species and one of the 170 great white sharks that wander in the area from July to November. There’s no diving certification needed to enjoy this excursion. 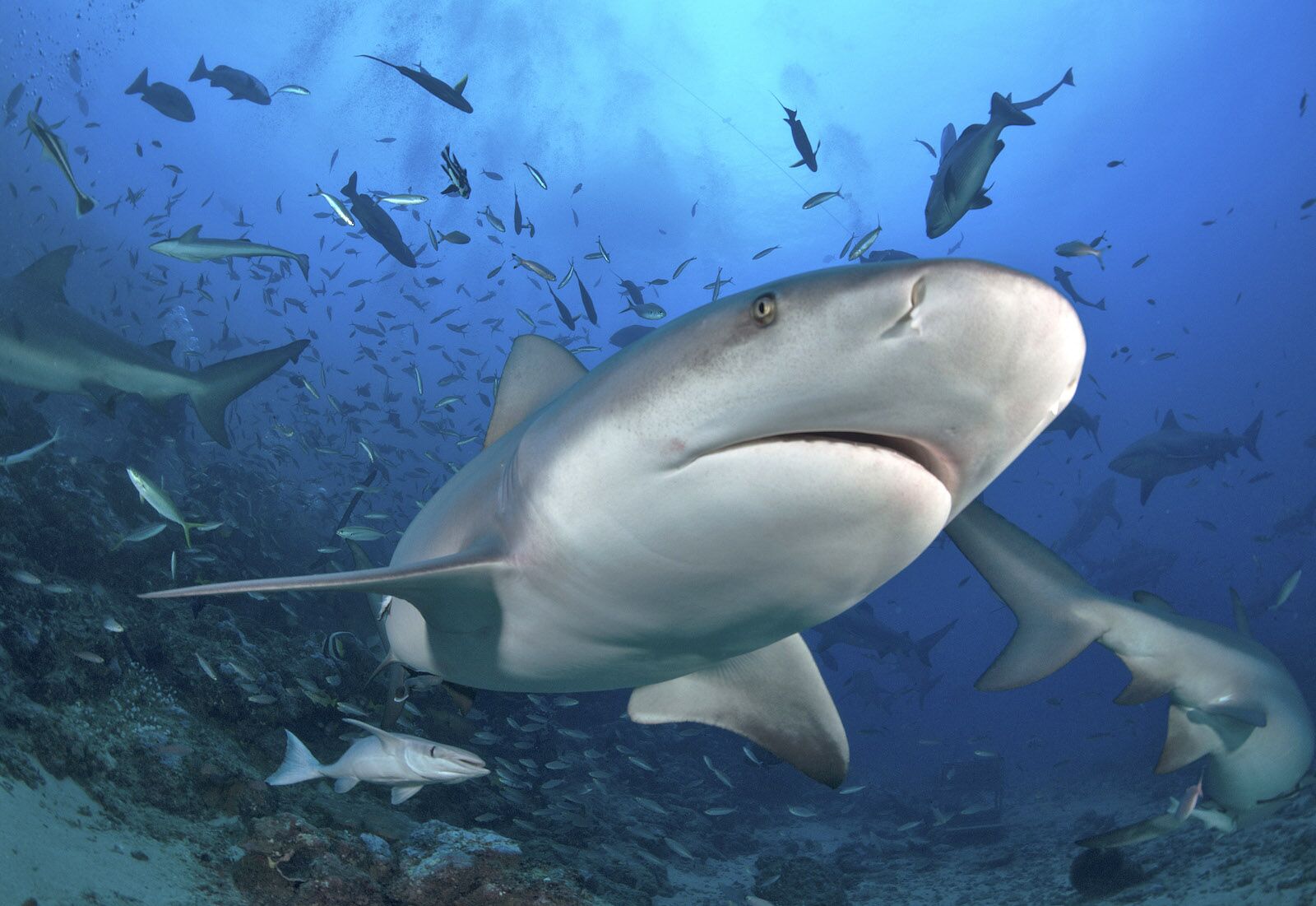 If you’re PADI certified as an advanced open water diver, add a trip to Shark Reef in Fiji to your bucket list to have an experience like never before. The Shark Reef Marine Reserve’s Beqa Lagoon has earned its representation as one of the best places to see the giant bull sharks along with tiger sharks, gray reef sharks, nurse sharks, black tip reef sharks, and silvertip sharks at any of its 20 dive sites. Your visit to the reserve also benefits the sharks and the locals. The proceeds from a dive go to shark research and local fishers for lost income from no-take zones. 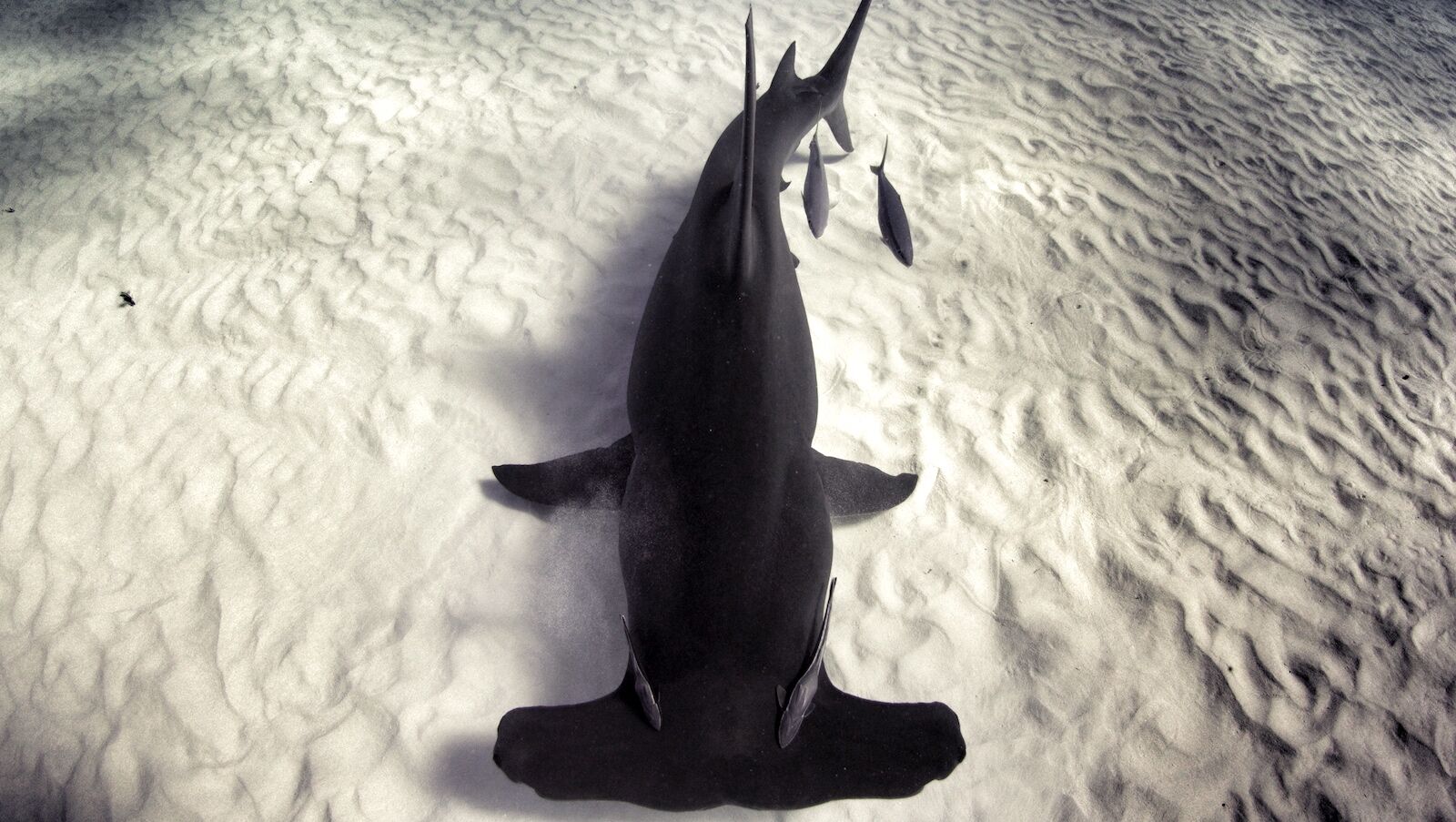 A trip to Bimini, Bahamas, to see the majestic hammerheads is so easy, you can make it a day trip from Miami by just catching the ferry. While hammerhead sharks may look intimidating, the truth is this species is quite shy and skittish, making Bimini a gem for how populated the area gets with hammerheads from December to March. You’ll need an Open Water Diver or Freediver PADI Diving Certification to take advantage. 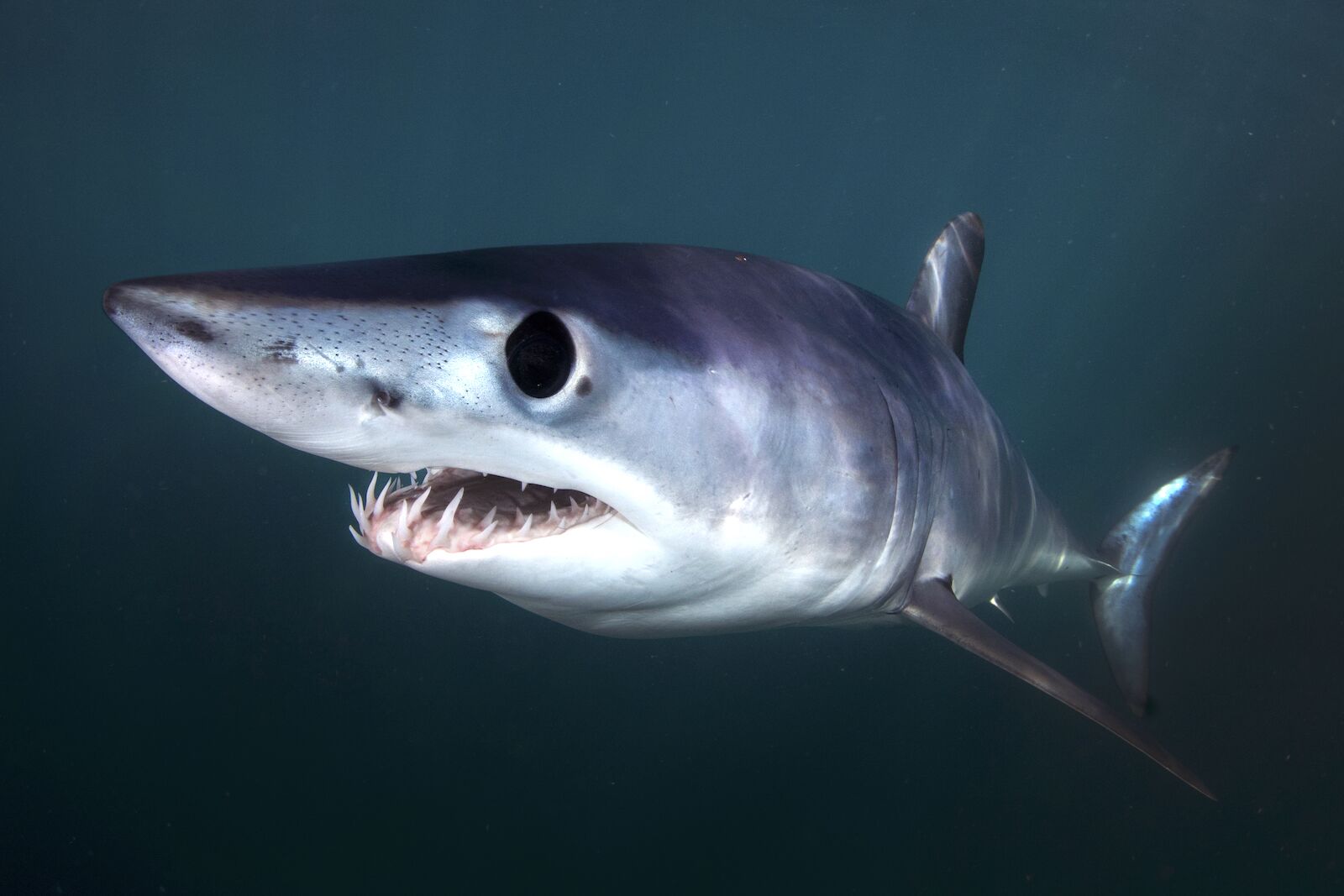 Rhode Island doesn’t have the year-round warmer water that the other locations do. But in the summer, the Gulf Stream moves close to shore, bringing sharks and game fish alongside it. You don’t have to leave the country or have a diving certificate to swim with the Mako and Bluefin sharks you’ll find here this time of year. Makos, often called miniature great whites, are rare, yet right in Rhode Island an encounter is within reach. You’ll be surprised how fast they move, so stay alert so you don’t miss it.

Of course if diving is not your thing but you still want a close underwater encounter, you can head to Maldives to sleep with them.