Parts of Big Bend National Park in Texas remain closed due to wildfires that have been burning for a week. The fires have destroyed over 850 acres so far, and according to a report by the National Park Service (NPS), it was likely started near a popular campsite.

The fire on the South Rim is close to the Chisos Mountains in the southern section of the park. According to the NPS, the blaze has left “a patchy mosaic of scorched, burned, slightly singed, and untouched areas across the South Rim to Emory Peak.” 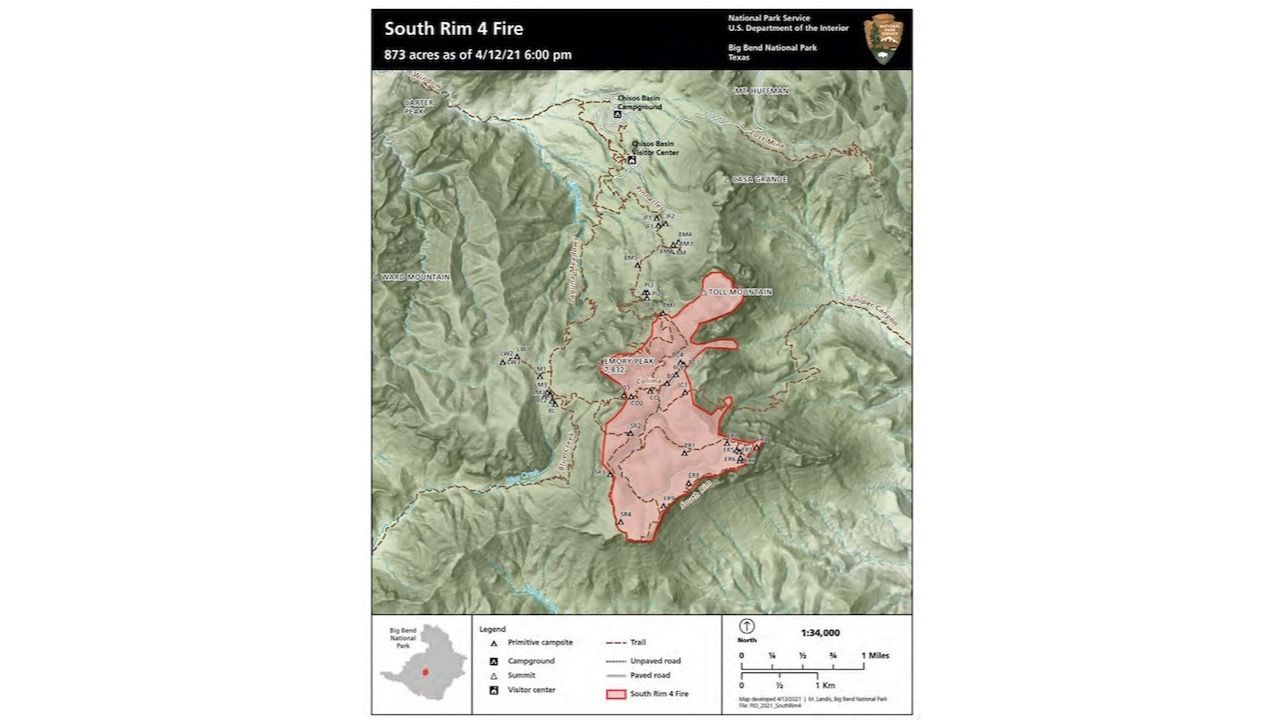 The NPS also pointed out that many of the areas currently under threat have not had wildfires for over 70 years. While the region depends on burning to keep the desert woodlands healthy, it’s also home to many species of plants and animals that are endemic to the region, and sadly the current conditions are threatening their survival.

As of Monday, a total of around 70 firefighters were working around the clock to control the blaze.

“It takes a team to fight a fire,” Deputy Superintendent David Elkowitz said in a statement. “I can’t thank this team enough for the amazing efforts of our firefighters, partners, support personnel, and community members.”

The fire has resulted in closures in various parts of Big Bend, including the Chisos Basin and trails, the Hot Springs Historic Area, and the Boquillas Port of Entry. Luckily, weather forecasts promise cooler temperatures over the next few days, offering a glimmer of hope and a respite for the first responders who are currently focusing efforts on the lower Boot Canyon and Toll Mountain areas.