Wyoming has always loved a good drink. There are about a dozen distilleries and over 20 breweries scattered across the state today, which is laudable for most states, let alone a state where the number of cattle is double the human population. Wyoming may be the least populous state in the contiguous US (Alaska beats it otherwise), but it’s quickly becoming the nucleus of delicious drinks in the Western US. Luckily, we’re allowed to talk about it today, which wasn’t always the case.

The temperance movement of the late 19th and early 20th centuries took root in the Rockies and held on tight. Certain political and religious groups, many of the same ones vying for women’s right to vote, so vehemently opposed alcohol and saloons that all of Wyoming’s neighboring Western states went dry by 1917. During this time, Wyoming’s border towns were a hotbed of hooch activity, keeping a steady business of thirsty passersby crossing the border for a drink, or a bottle or two. The Cowboy State held out until 1919 when it finally passed a statewide law banning alcohol. National prohibition followed shortly after in 1920, but that doesn’t mean that Wyomingites simply stopped distilling.

It was as hard to enforce back then as it is to name a town in the state without a distillery or brewery today.

When the Pollock family opened Backwards Distillery in 2014, the first of its kind outside the friendly town of Casper, they didn’t know how it would be received. “There wasn’t a lot of distilling happening in their area, so we wanted to add that aspect to the community,” said co-founder Amber Pollock. “You could find good drinks in pockets, but it wasn’t the pervasive theme,” she said, which one could argue could also be said of the entire state up until very recently. 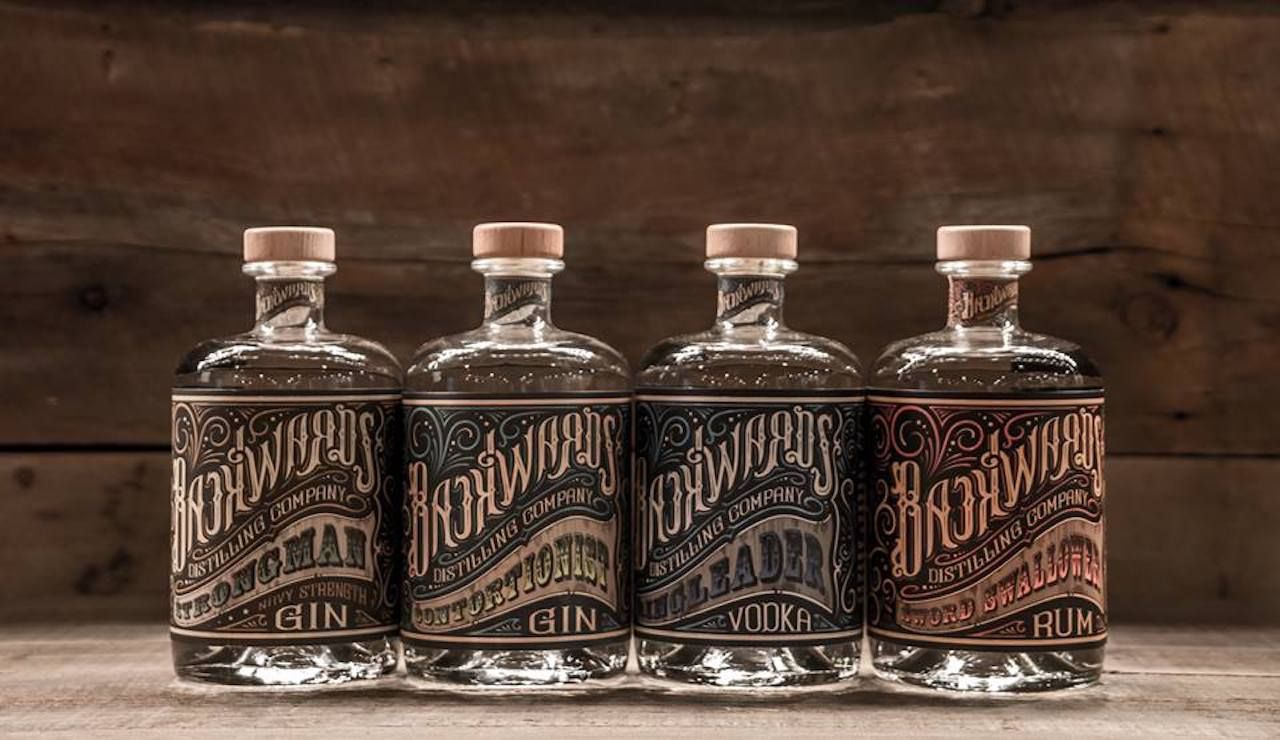 Like all successful businesses, the idea came straight from the heart. Born of a simple, shared passion for good food and drinks, Backwards Distillery was poured into existence by Amber, her brother, and her parents. They became part of a growing trend that can only be described as a food and drink renaissance. Other boutique distilleries like Jackson Hole Still Works and Wyoming Whiskey are just a few that have legs outside of their area.

“Wyoming has all the raw materials to make spirits and beer, like grain and corn, and [in this region] we have the rare ability to manufacture it. [When we thought about how there’s also an abundance of] fresh, clean water from the Rocky Mountains, that’s when we realized it wasn’t too outlandish to think about distilling our own spirits,” said Pollock.

Gruner Brothers Brewery in Casper is another business adding to the local revival. Daron Gruner was a homebrewer for 26 years before taking the plunge and opening the brewery with his brother in November 2018. The brothers use locally sourced barley from the Ralston area — they say 90 percent of the grains they use come from Wyoming — which is near Cody and Yellowstone, close to the Montana border. In just under six months of business, more than 70 bars and restaurants in the region carry the beer created in their 30-barrel brewery. 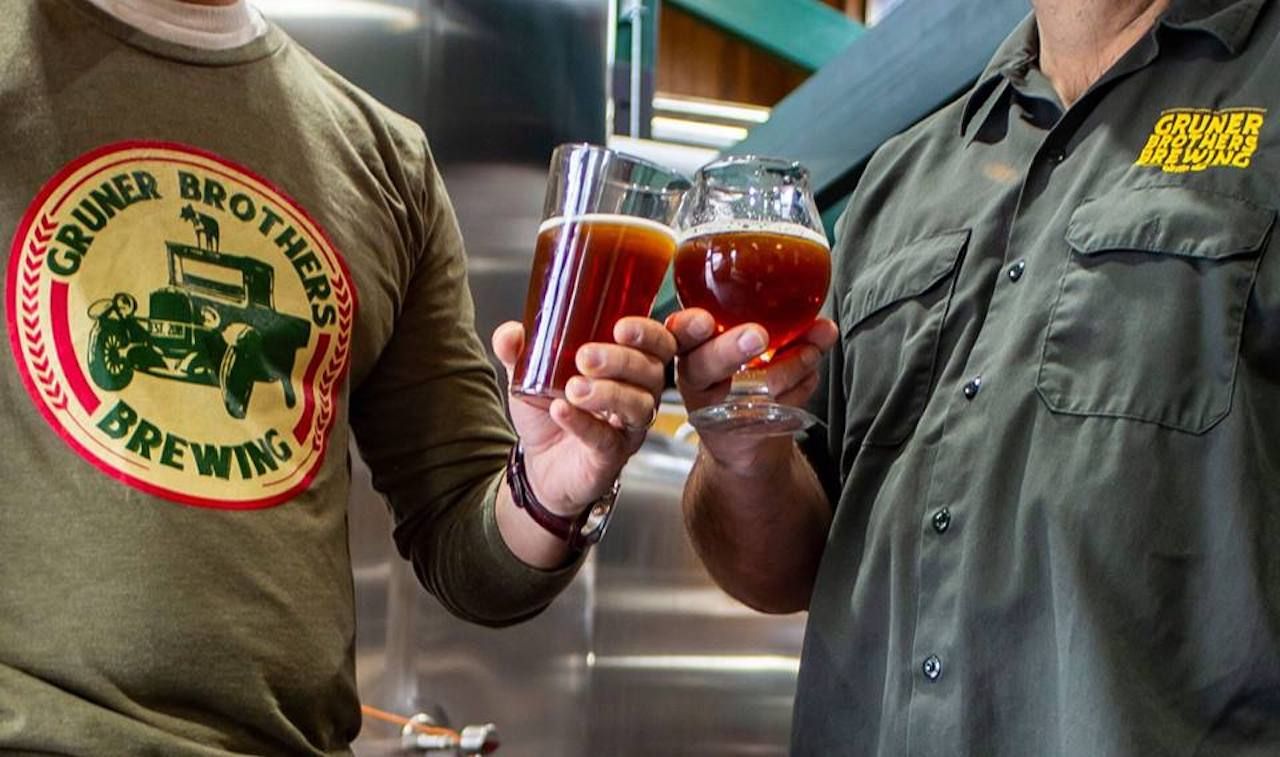 Gruner said that their A OK brew, or “Always Oktober,” is a bestseller. Partially inspired by the seasonal ales that are typically only served around Oktoberfest, it’s only fitting that the brothers’ most popular pour is also inspired by all the outdoor joys that Wyoming has to offer during the fall. “As brothers growing up and working in Wyoming,” the brothers said, “we know how great this state is. We appreciate the simple things in life and believe our state is unique and its beer should be too.”

You can see the commitment to Wyoming ingredients in the spirits made today at Backwards Distillery. One of the most popular, Ringleader Vodka, is made with Wyoming wheat, which is the number one dryland crop in the state. 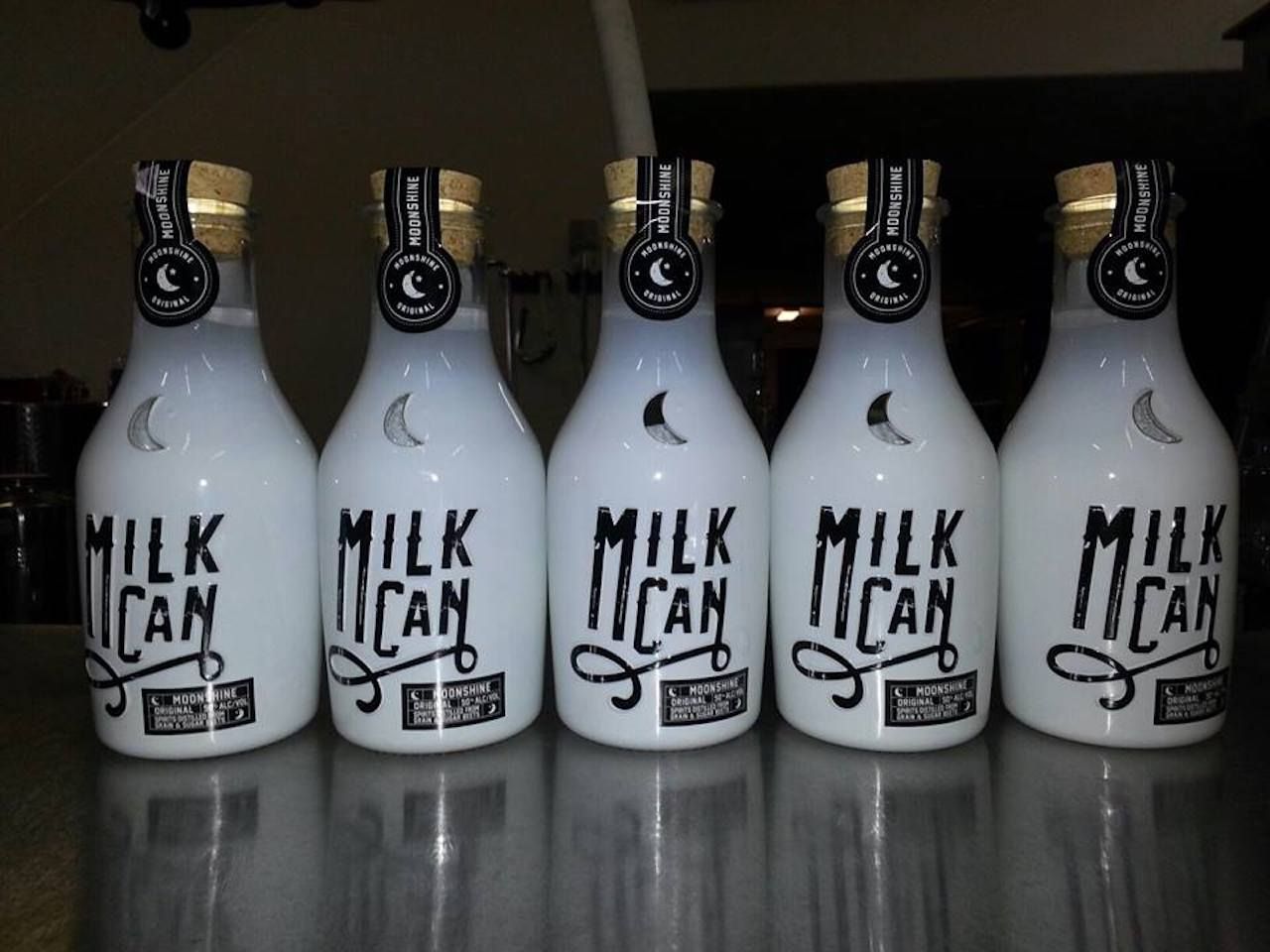 Another of Backwards’ popular spirits is Milk Can cinnamon moonshine, which tastes like baking cinnamon, which is to say, it tastes like a sweet, warm hug. It’s made of regionally sourced gains, Wyoming sugar beets, and the purest Rocky Mountain water. The decanter pays homage to Wyoming’s history of rebel distilling, back when bootleggers skirted around the law by distributing their potent concoctions in milk jugs from the back of dairy wagons.

Prohibition lasted from 1920 to 1933 across the states, and it seems throughout those years, the “Equal Rights” state could have changed its motto to “Equal Pours.” There are countless stories of police bribery and local corruption during the era, making it nearly impossible to enforce the dry law across the state.

Wyoming has always been a wild and forward-thinking territory, though it hasn’t always gotten attention for it. Now, it’s time for the rest of the country to take a look inward toward the distilling renaissance happening in the Cowboy State, where it seems the best is yet to come.

Entertainment7 Things To Do in Jackson Hole, Wyoming Even if You’re Not Kanye West
Tagged
Beer Spirits + Cocktails Trip Planning Wyoming, United States
What did you think of this story?
Meh
Good
Awesome

Beware of Calving Season: A Woman Was Attacked by an Elk in Yellowstone

Why You Need To Hike the Wind River Range in Wyoming

A Local’s Guide To Going Skiing in Jackson Hole, Wyoming