ON MY WEEK-LONG TRIP to northeastern Australia, courtesy of Tourism Queensland, I tried to track some of them down. I’d heard descriptions of worms with spaghetti-shaped tentacles, cuddle-hungry giant cod, and a mysterious white humpback whale. I was thrilled at the thought of coming face to face with any of these oddballs. However, while I did spot turtles, starfish, and an array of candy-colored fish, the more unusual creatures were elusive.

Instead, I Googled them upon my return, chatted with scientists at the Great Barrier Reef Marine Park Authority, and came up with lots of tidbits about these 11. Here are some photos and details to keep in mind. 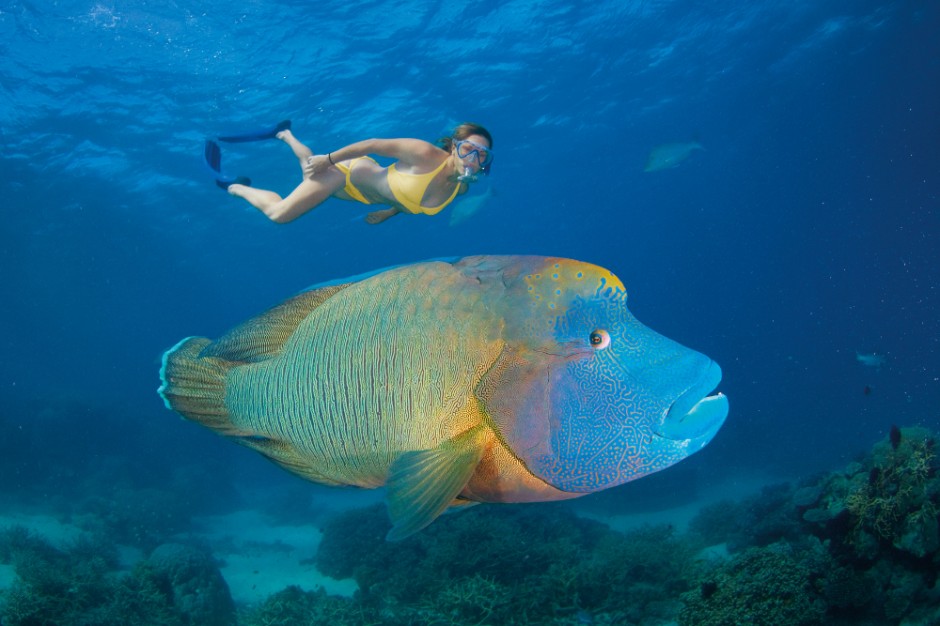 This brightly colored fish, also known as the Napolean wrasse, has a distinctive protruding forehead coupled with Angelia Jolie-sized lips. Wrasse males reach 6 feet in length, while females rarely exceed 3 feet. When in captivity, these animals are extremely friendly and inquisitive, with some fish being described as having different personalities and levels of cheekiness.
Photo: Lady Elliot Island 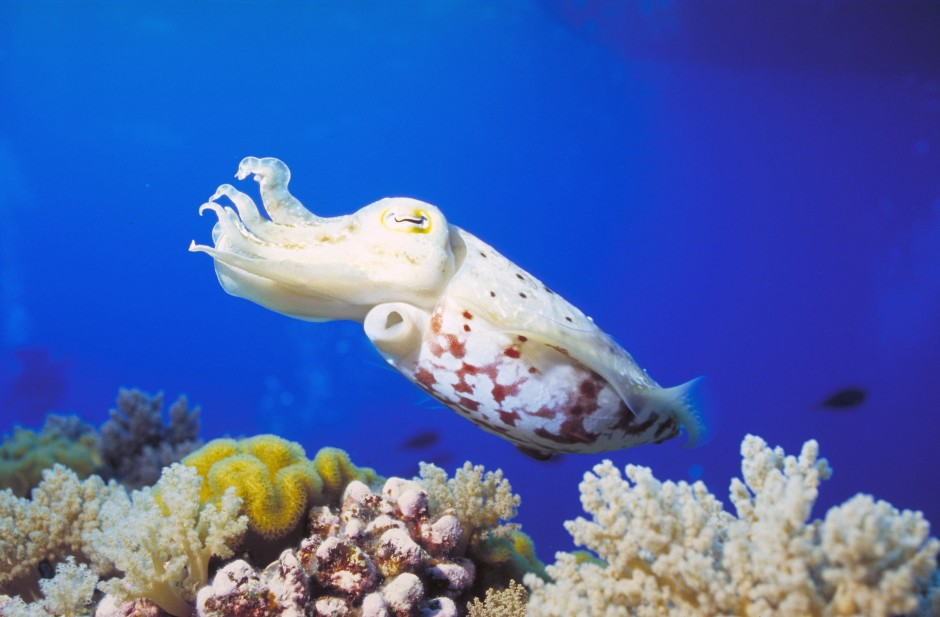 The cuttlefish is a master of disguise, with the ability to change its appearance to mimic its surroundings. If it senses danger, poof -- it sends out a smoke screen of ink to confuse the enemy. 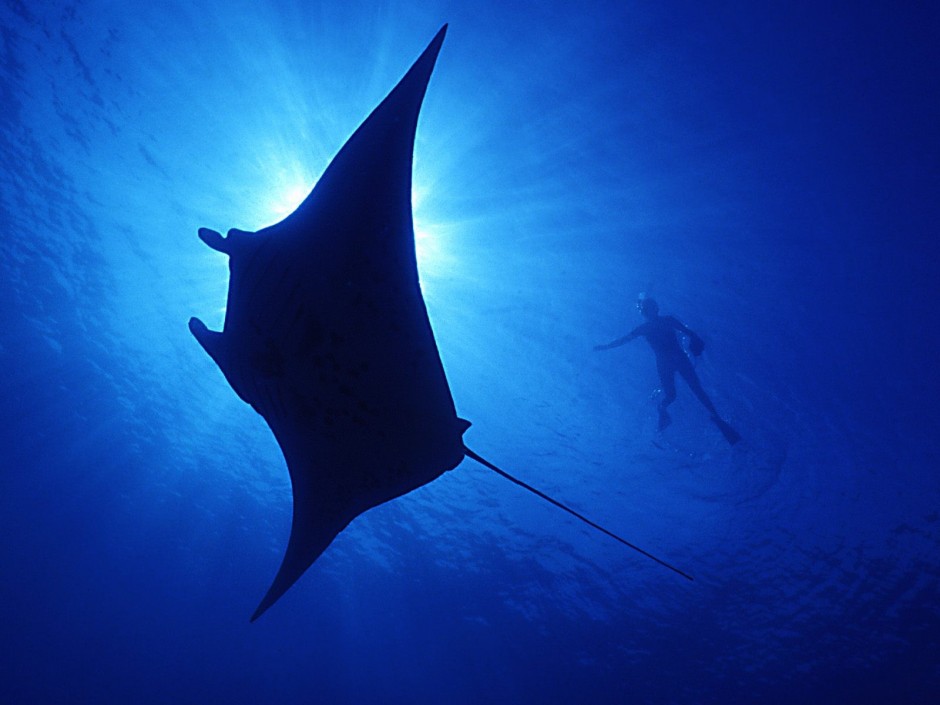 Manta rays have their own version of a car wash. When they need a cleaning, they head to a coral patch where "cleaner fish" remove parasites from their bodies.
Photo: Lady Elliot Island 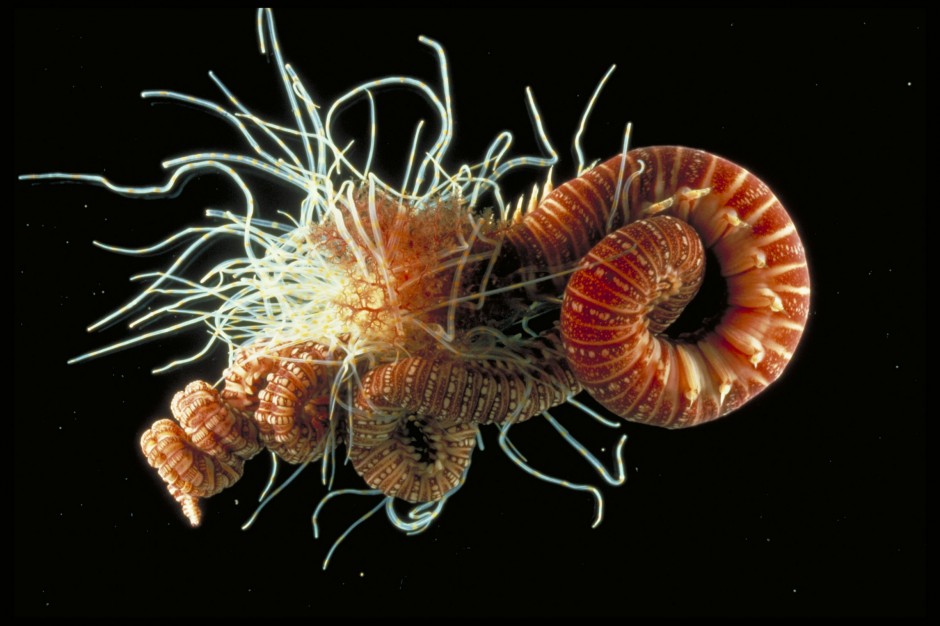 Typically found near Heron Island, this polychaete worm has white buccal tentacles, reminiscent of pasta. It feeds by passing sand particles along grooves in its tentacles towards its mouth. The particles are then sorted according to size, coated in mucus, and either ingested or used to build a protective casing. 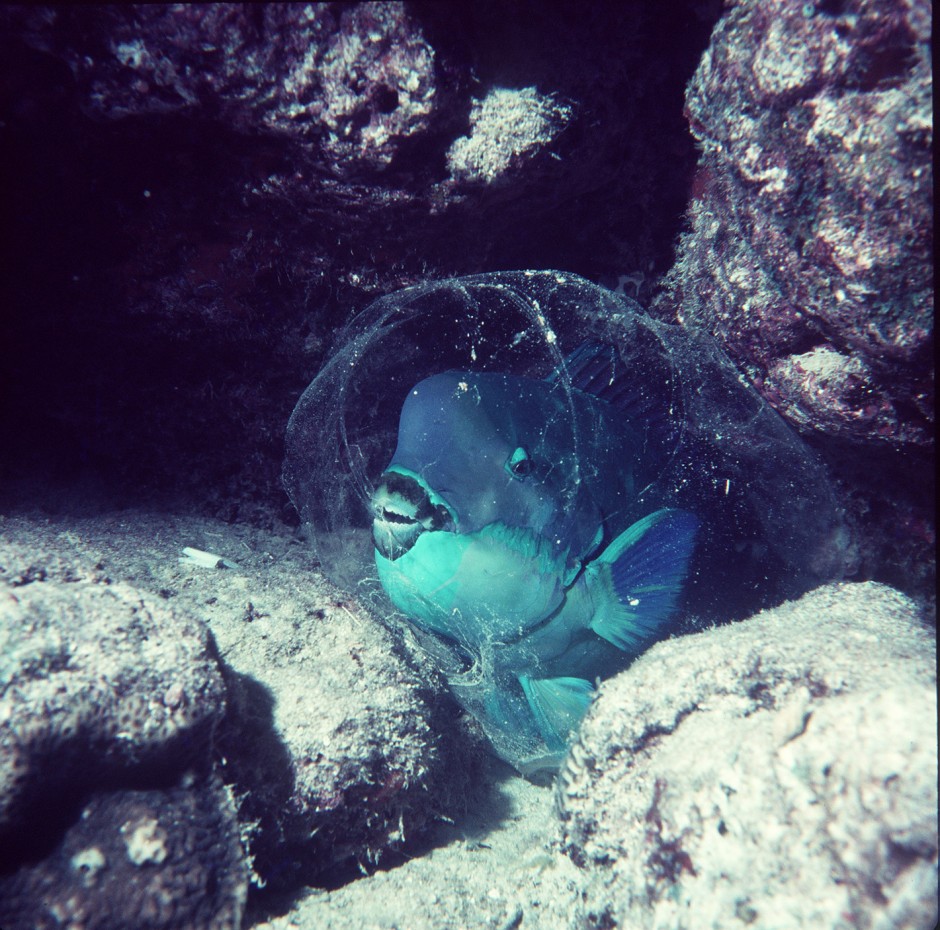 At nighttime, some species of parrotfish form a cocoon of mucus (created by bubbles blown from its mouth) for protection from white-tip sharks, bloodsucking parasites, and other predators. On another disgusting note, you know the silky white sand you love to dig your toes into? Well, if it’s a tropical island you’re on, much of that was previously parrotfish poop. They feed on coral and excrete it as sand. 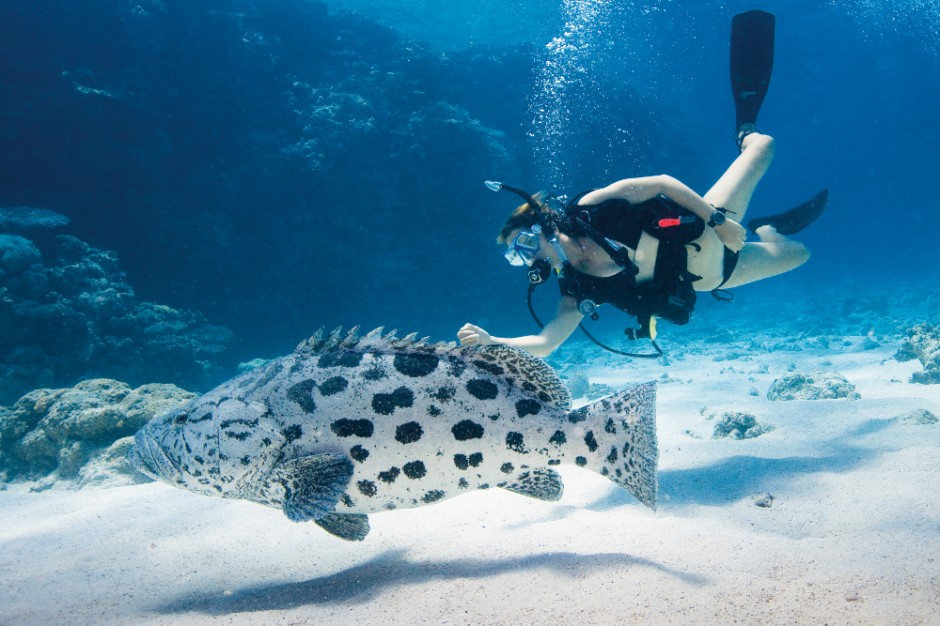 The Cod Hole, on the northern end of the GBR in a section called the Ribbon Reefs, is a great place to spot these hefty fish, which can weigh up to 250 pounds. Years ago, these mammoths were hand-fed by divers. Even though that is now illegal, the cod are still affable; they have no qualms about brushing up against humans.
Photo: Lady Elliot Island 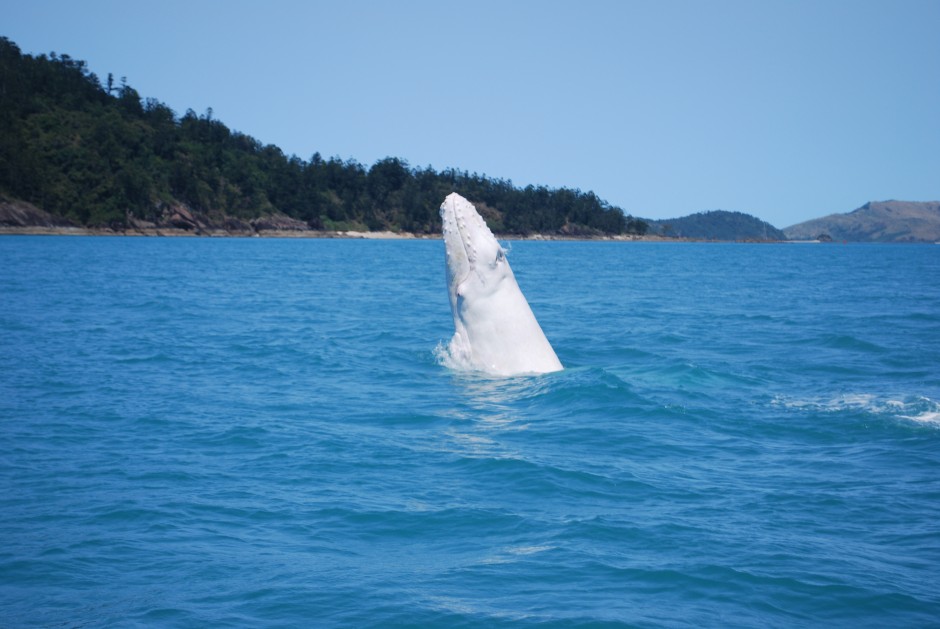 It takes a very unique combination of genes from the parent whales to produce unpigmented offspring. Migaloo (the aboriginal word for "white fella"), one of the few known white humpback whales in the world, frequents the waters off Port Douglas occasionally, often with a pod of dolphins in tow. He’s also been spotted in the Great Barrier Reef Lagoon, between the Outer Reefs and Port Douglas, usually in the vicinity of Rudder and Tongue Reefs east of Snapper Island.
Photo: Wayne Fewings 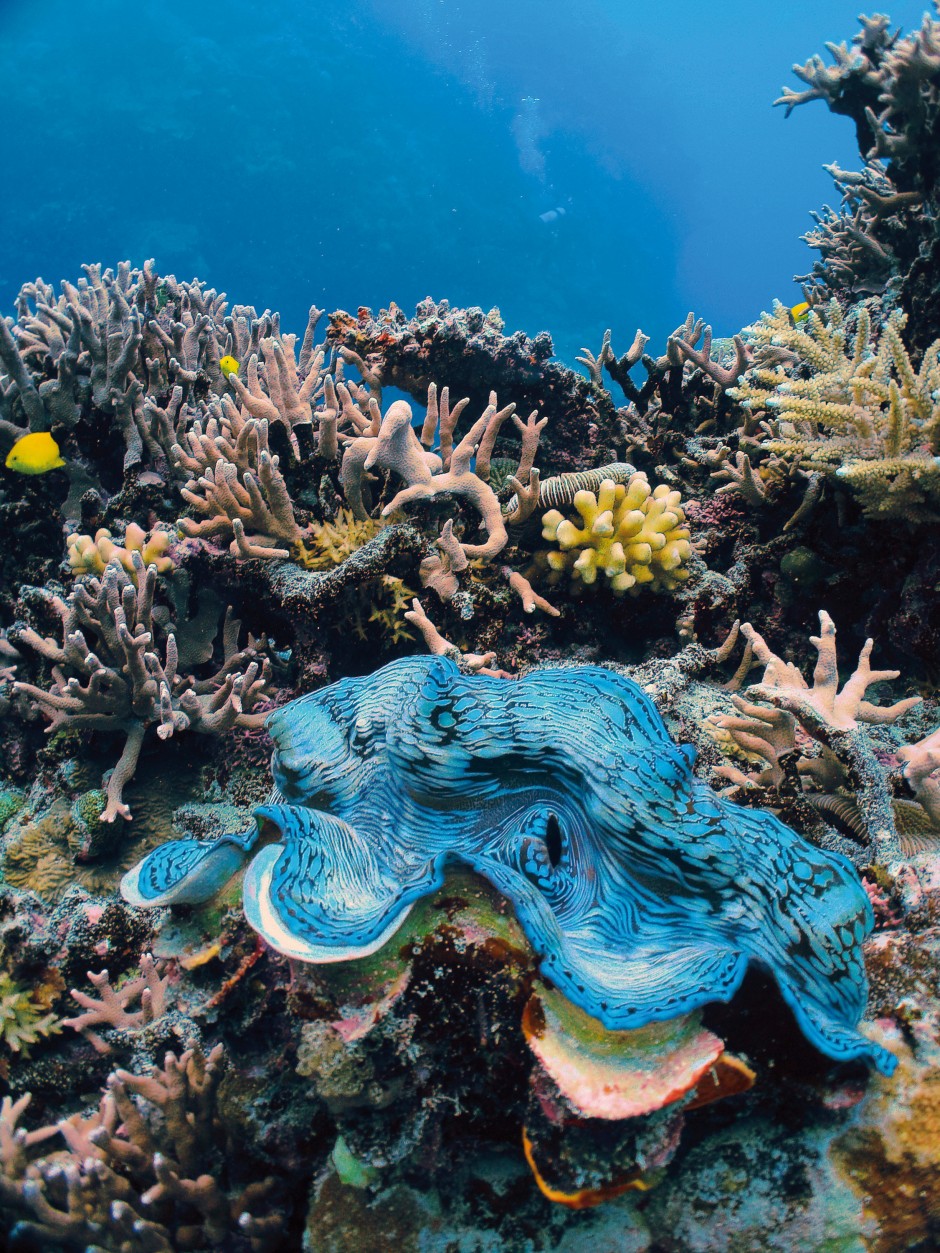 Giant clams can grow to be more than 3 feet long and live more than 100 years. They are said to be the largest bivalve mollusks that have ever existed. Most giant clams are simultaneous hermaphrodites, meaning they are both sexes at the same time.
Photo: Lady Elliot Island 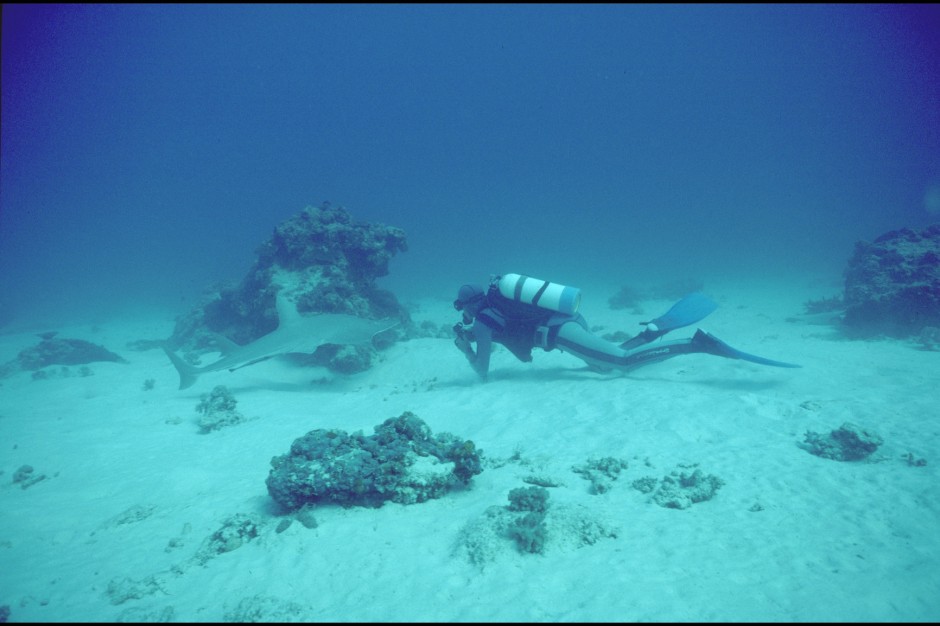 This cartilaginous fish is part ray, part shark. And although it sometimes outsizes humans, it is typically harmless. Its pectoral fins and head are distinct from each other, and its skeleton is made of light and flexible cartilage instead of bone. 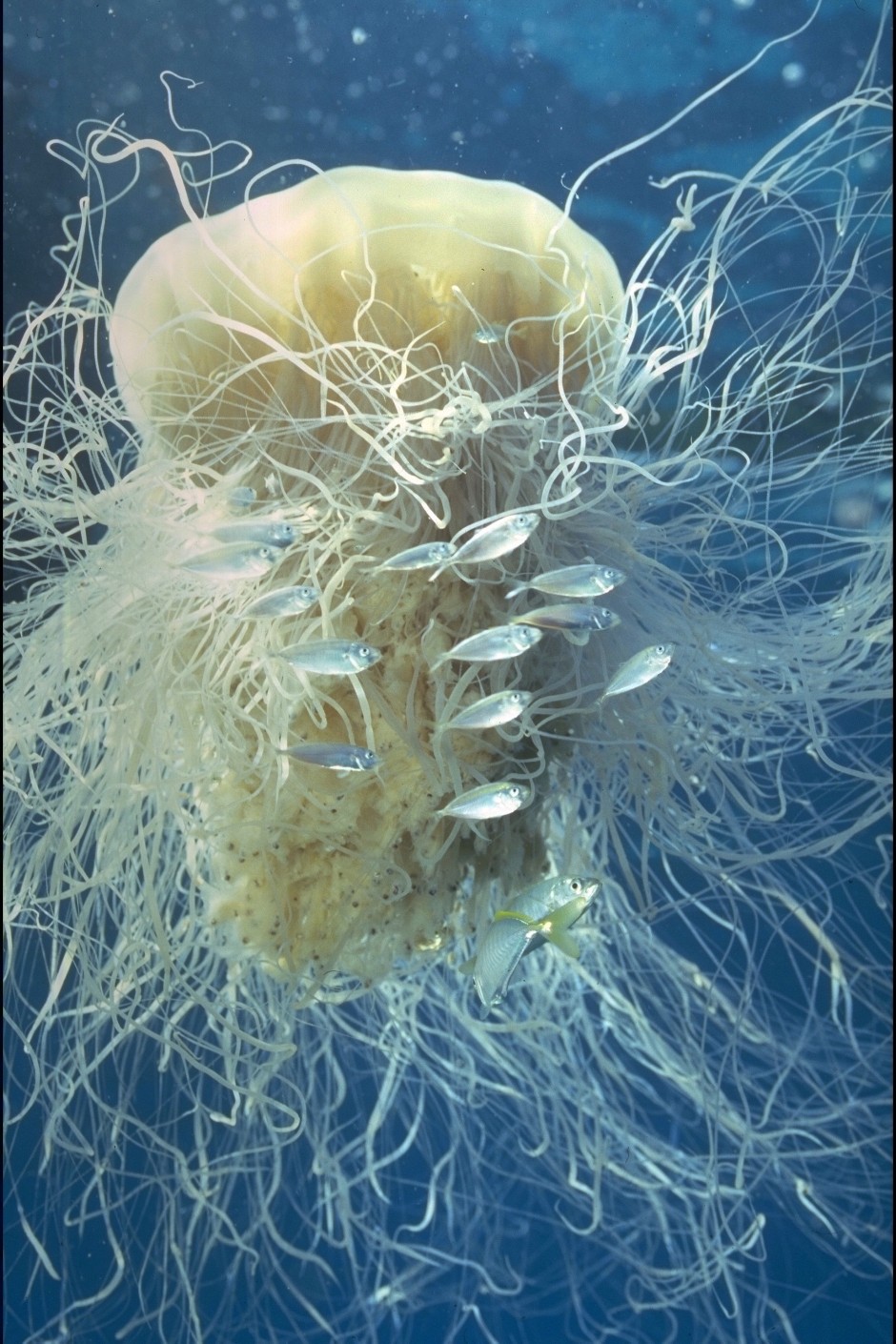 This colossal creature is the most massive known species of jellyfish. The largest specimen was 120 feet long -- longer than a blue whale. The sticky tentacles of the bigger specimens can be up to 98 feet, and are grouped into clusters that contain about 100 tentacles each. 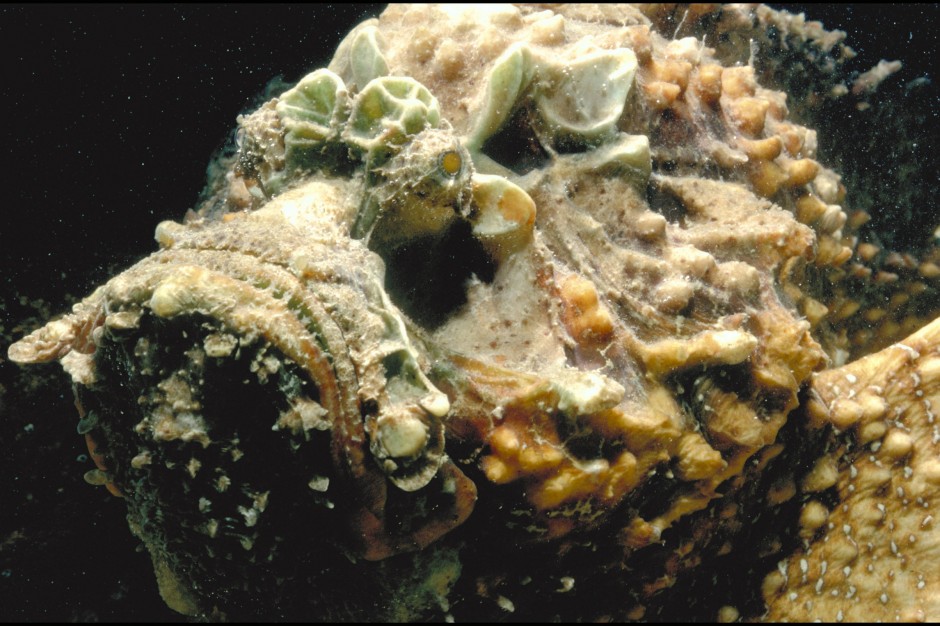 A reef stonefish can be easily overlooked, as it's camouflaged to mimic a crusty rock or lump of coral. This comes in handy when ambushing small fish and crustaceans. According to the GBRMPA, it is the most venomous fish in the world. Its 13 stout spines in the dorsal fin can inject highly toxic venom, enough to kill a human.

Tagged
Diving
What did you think of this story?
Meh
Good
Awesome

What You'll See on a Road Trip Up the Queensland Coast

The Other Side of Queensland: Journey Into the Outback