The Dawn Wall of El Capitan in Yosemite National Park is considered to be the hardest climbing route in the world. As of the writing of this piece, it has never been successfully climbed without the aid of ropes. But by the time you read this, that may well have changed: two men, Kevin Jorgeson and Tommy Caldwell, are attempting to make it all the way up the 32 sections (called “pitches”) in a free climb — meaning that they will not be using ropes to help them up, only to prevent them from falling to their deaths. 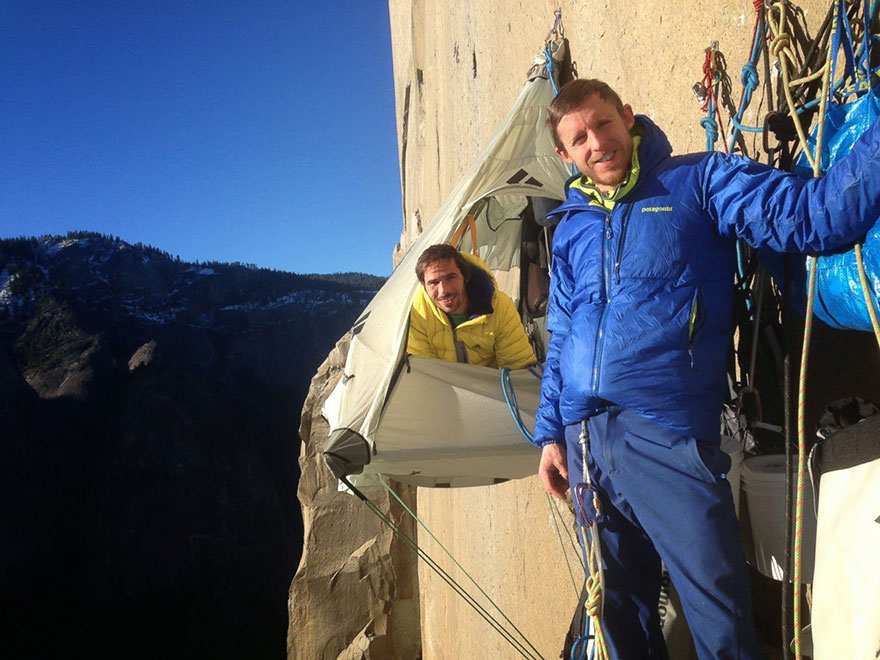 The entire endeavor is expected to take well over two weeks — they were over halfway up 11 days in, but still had around a week left before they get to the top. 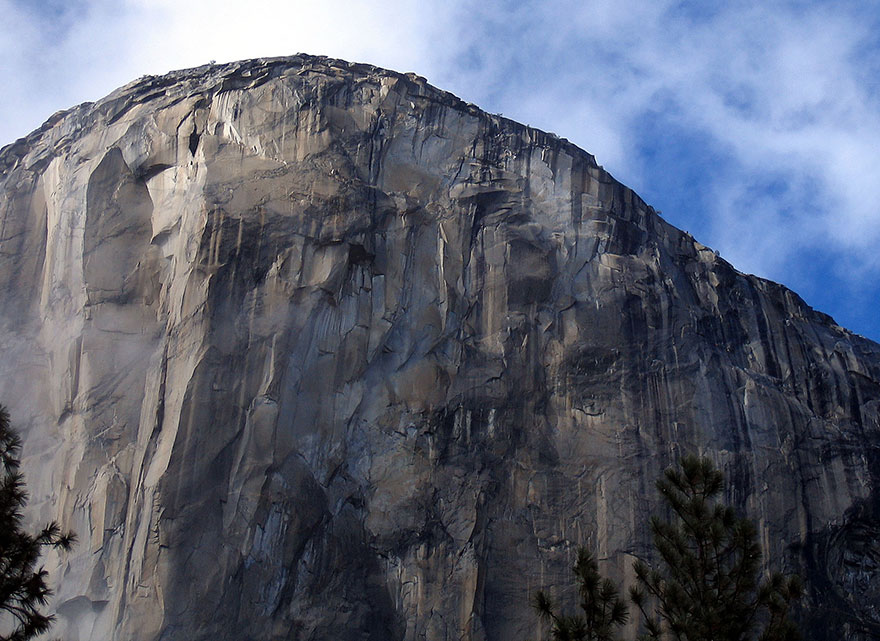 El Capitan is a granite formation in California’s Yosemite National Park. It is an incredibly popular rock climbing destination, and has been climbed plenty of times in the past. This instance is notable because it’s the first free climb of the Dawn Wall, the hardest route on the formation. 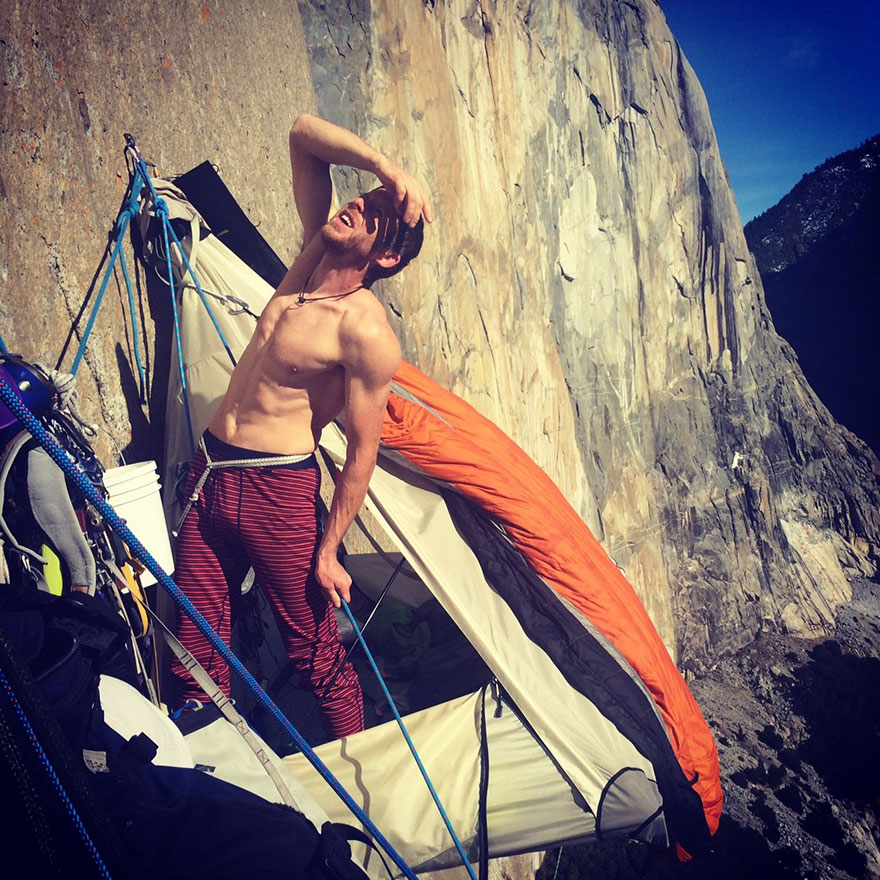 The two climbers are assisted by a team that drops supplies down to them, and are joined by a team that is documenting the journey up the formation. They have solar-powered equipment that allows them to give constant updates on social media. 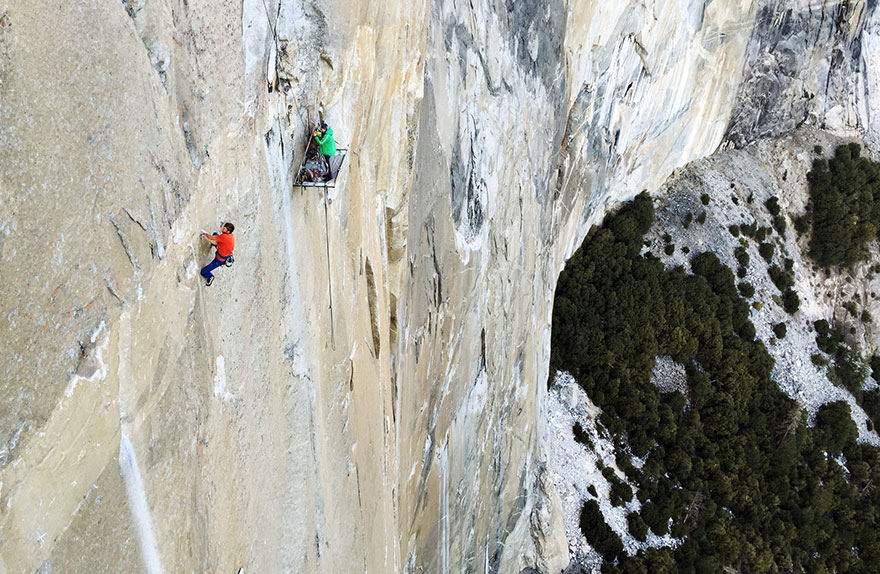 The Dawn Wall route, according to climber Alex Honnold, is “almost not possible” to climb. 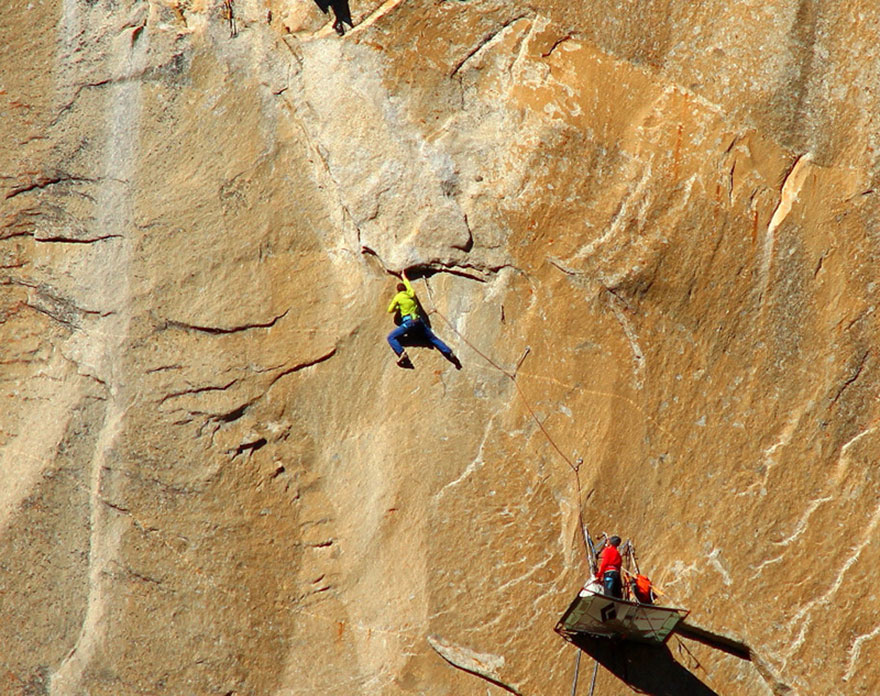 Of the 32 pitches on the Dawn Wall, only 13 have been free climbed. 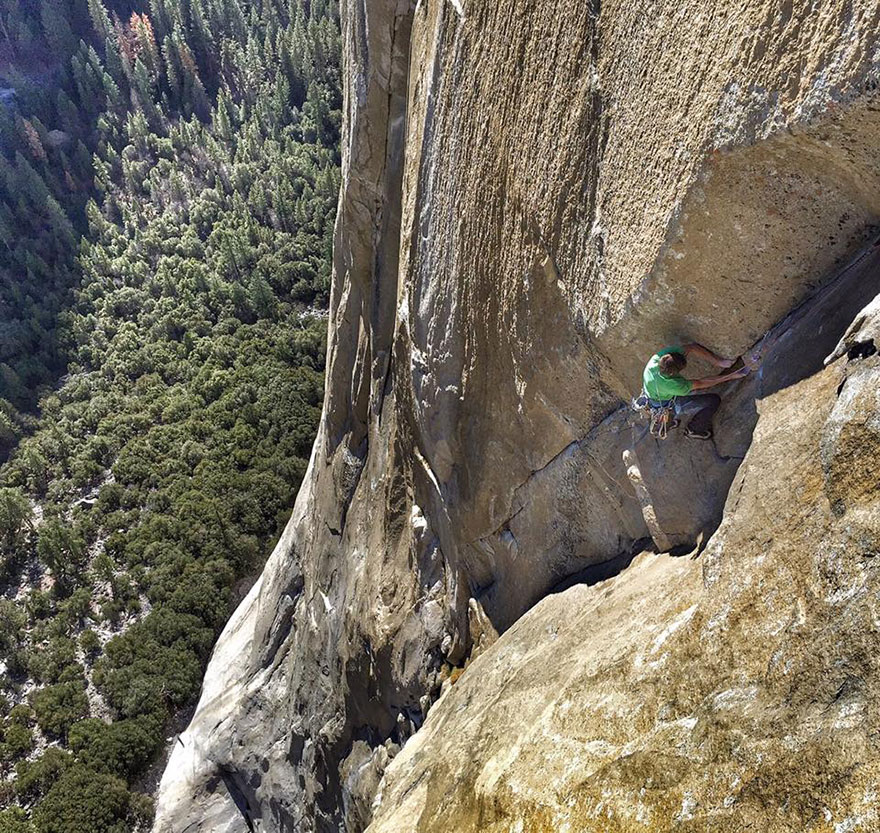 They prefer to do most of their climbing in the twilight hours of dusk and dawn, where it’s cold enough to keep their fingers from sweating. Regardless, the two have received multiple cuts on their fingers thanks to the razor-sharp rock edges, and have had to take days off to let their fingers heal. 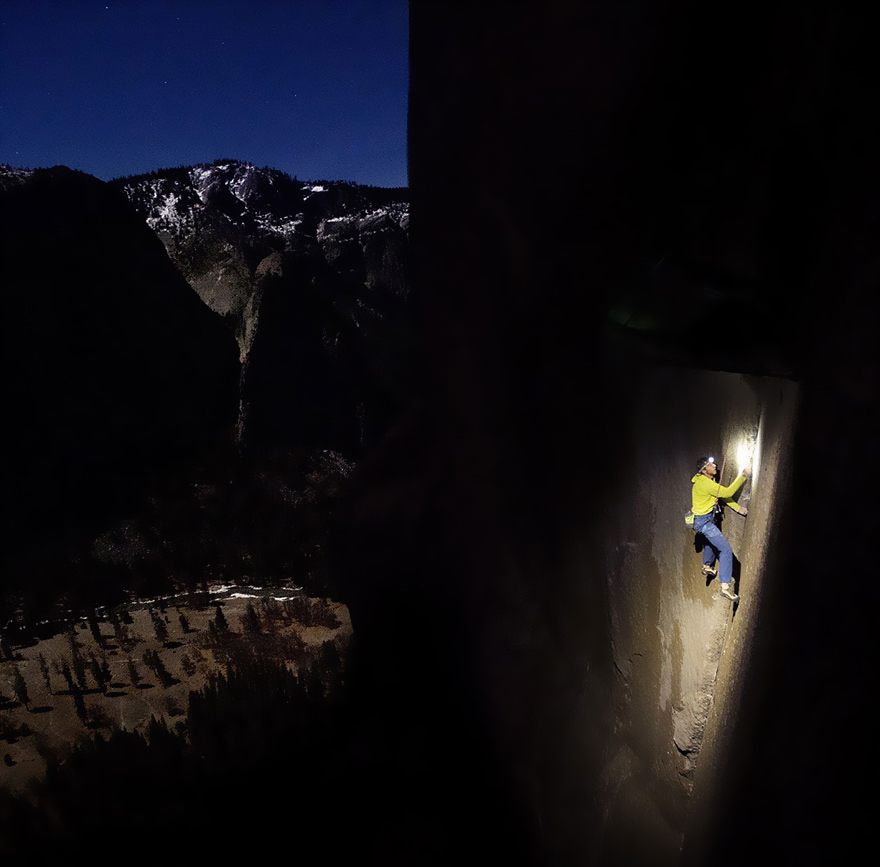 Jorgeson, with torn fingertips, has fallen behind Caldwell in recent days, but the two still plan on making the summit together.

All photos via Big UP Productions.

How a Summer in Yosemite National Park Changed My Life

10 Places Where You Will Feel Absolutely Dwarfed by Nature

Three Yosemite Hikers Dead After Being Swept Over Waterfall