This year saw the deadliest day ever on Mount Everest, with 16 people — all of them Sherpas — killed in a massive avalanche. And while the world’s tallest mountain has certainly claimed its fair share of mountaineers (the total is over 250 as of this year), it’s generally not considered to be the world’s most difficult mountain to climb.

With some of these peaks, you can see directly why in a photo. “Oh, hey, look at that sheer rock face you have to ascend to get to the top. Yeah, I’m gonna head back to the lodge and get some hot chocolate instead.” Others look deceptively easy to the untrained eye. Some of the following may have a lower death rate than Everest, but it should be noted that far more non-expert climbers are on Everest these days, and that technical difficulty may not translate to more deaths when a mountain is the exclusive domain of experts. 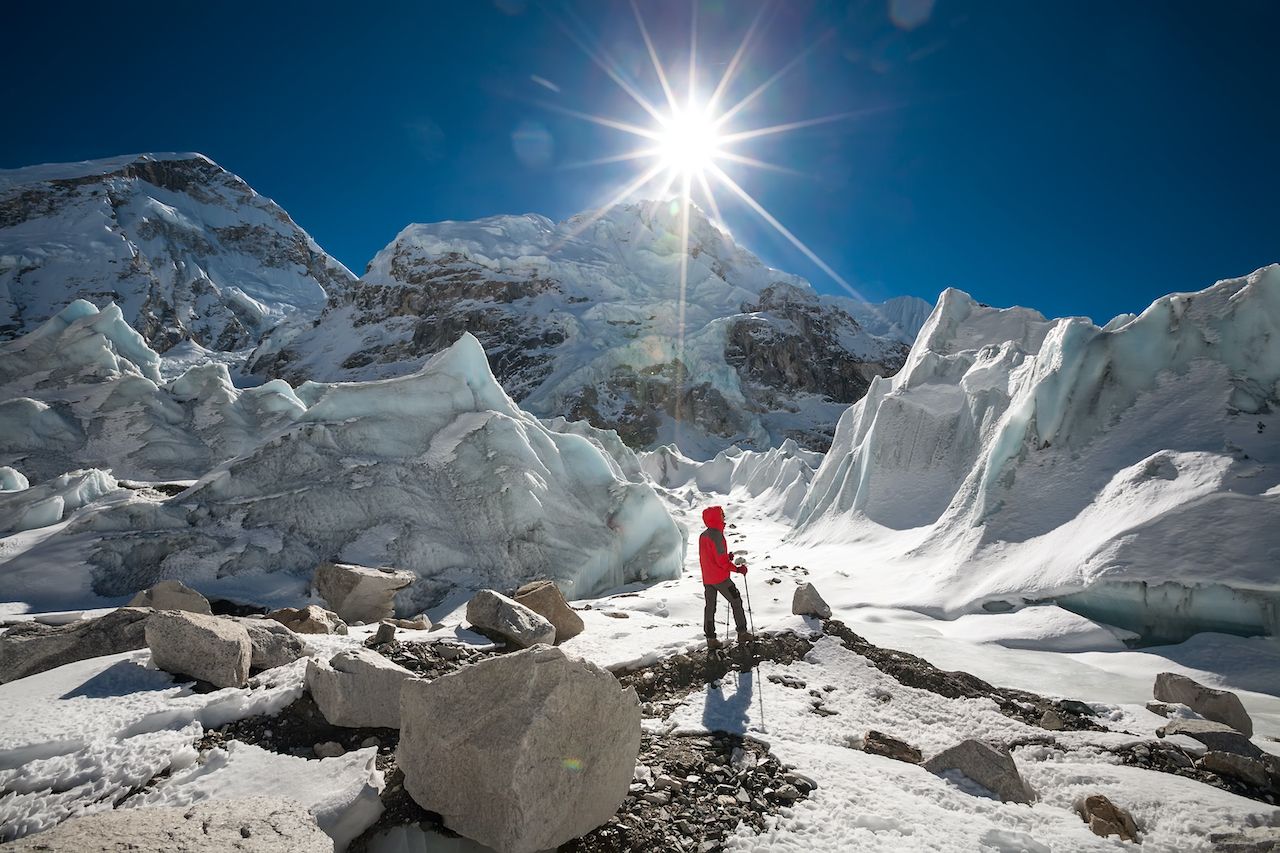 Aside from being the world’s tallest mountain and technically difficult, Everest has a plethora of other problems regarding the crowding of the mountain by climbers. The mortality rate for Sherpas on Everest surpasses those of the US’s most dangerous industries, like commercial fishing, mining, and the military. 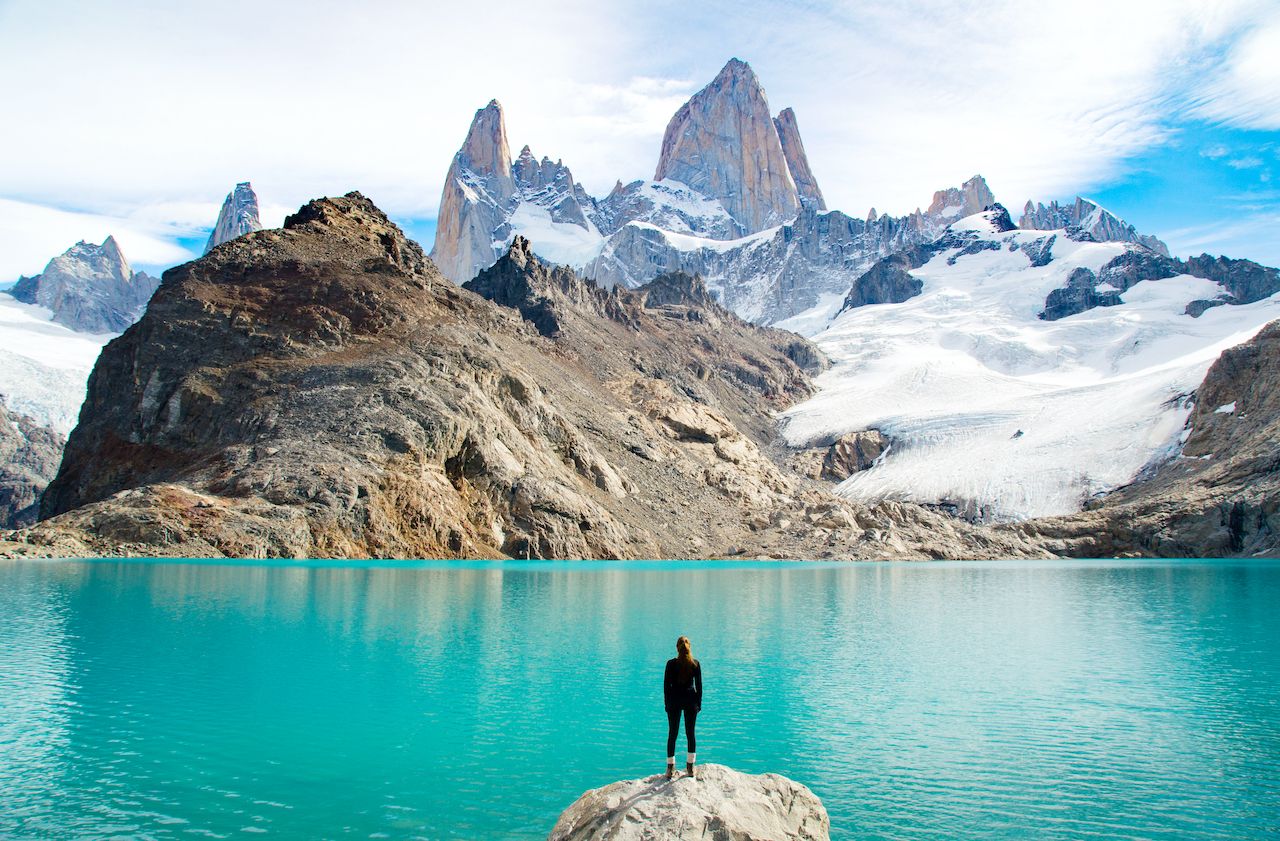 Fitz Roy sits on the border of Patagonian Chile and Argentina and is one of the most technically difficult mountains to summit in the world. You can see why. It’s incredibly steep on all sides leading to the summit, and its weather is unpredictable. 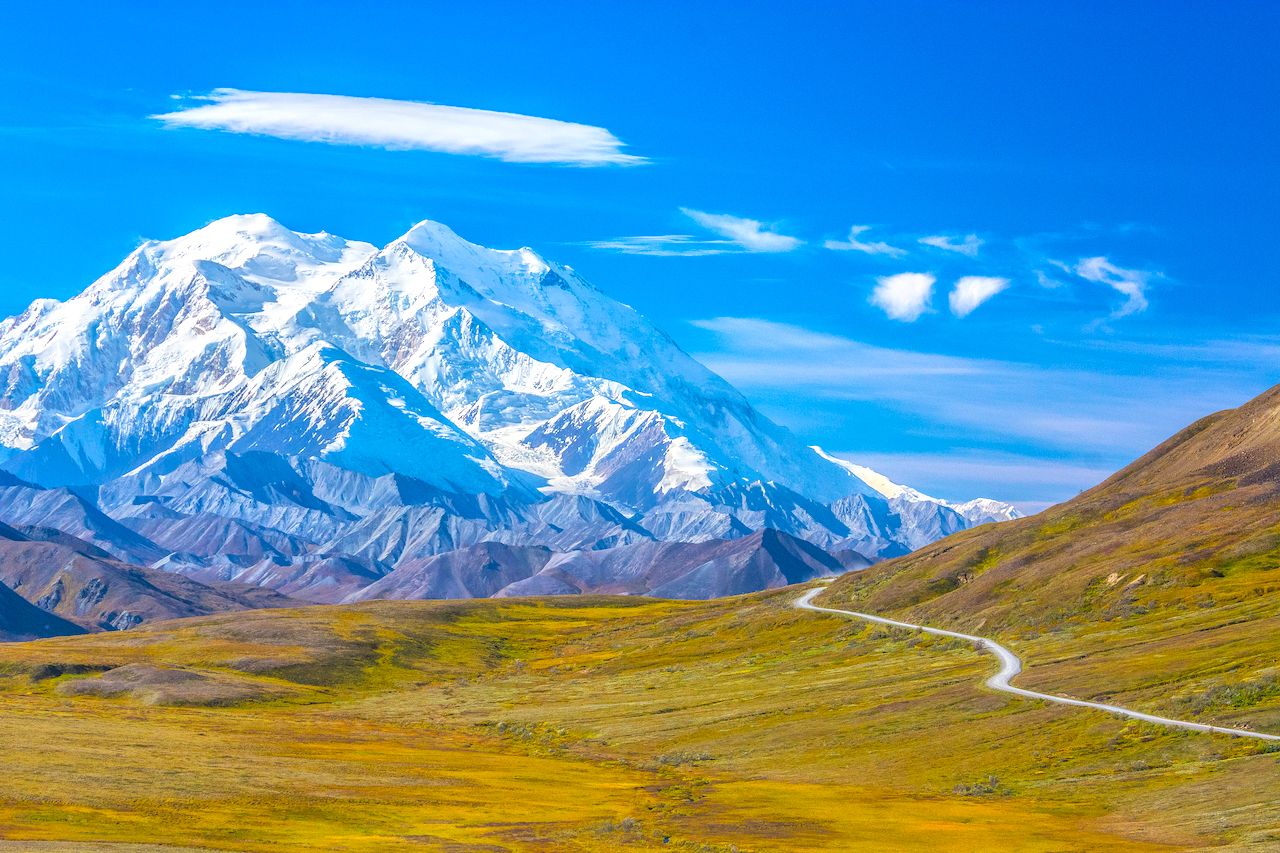 Due to the accessibility of Denali (or Mount McKinley) and its allure as the tallest mountain in North America, amateurs are frequently drawn to it…and it’s a pretty dangerous place for novices. Around 100 have died on Denali.

The Matterhorn is visually one of the more striking mountains in the world. You can see why it took so long to climb compared to most of the rest of the Alps. It’s estimated that around 500 have died since the first climb, but it should be noted that, being in the Alps, it was climbed much earlier than most of the Himalayas or the Andes. 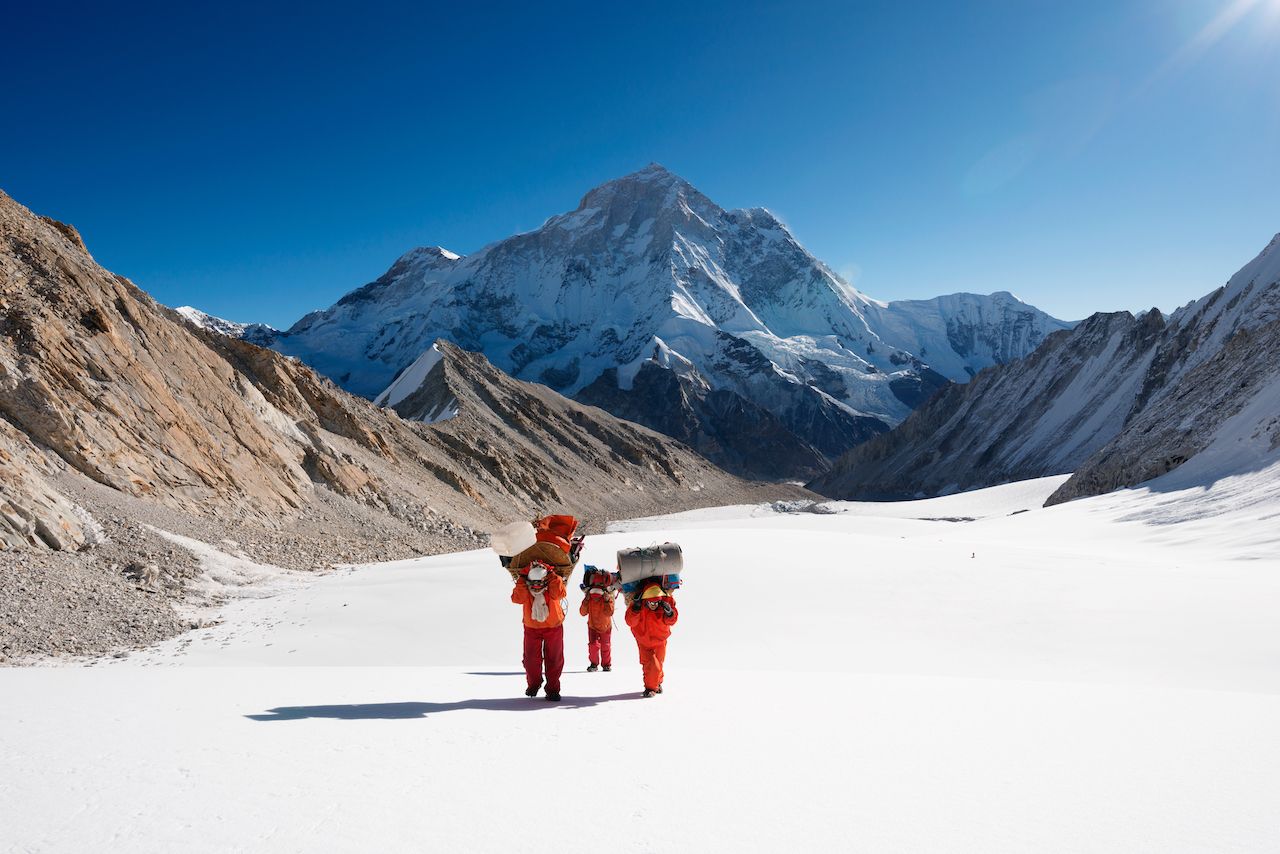 Makalu (the peak with the sunbeam at the summit) is the fifth-highest mountain in the world and is only 12 miles away from Everest on the Nepal-China border. Part of its previous difficulty was that it took a pretty tough trek to even get to the mountain, but now helicopters are often utilized. At least 32 have died on Makalu, and it’s considered, along with K2, one of the hardest of the 14 eight-thousanders to climb. 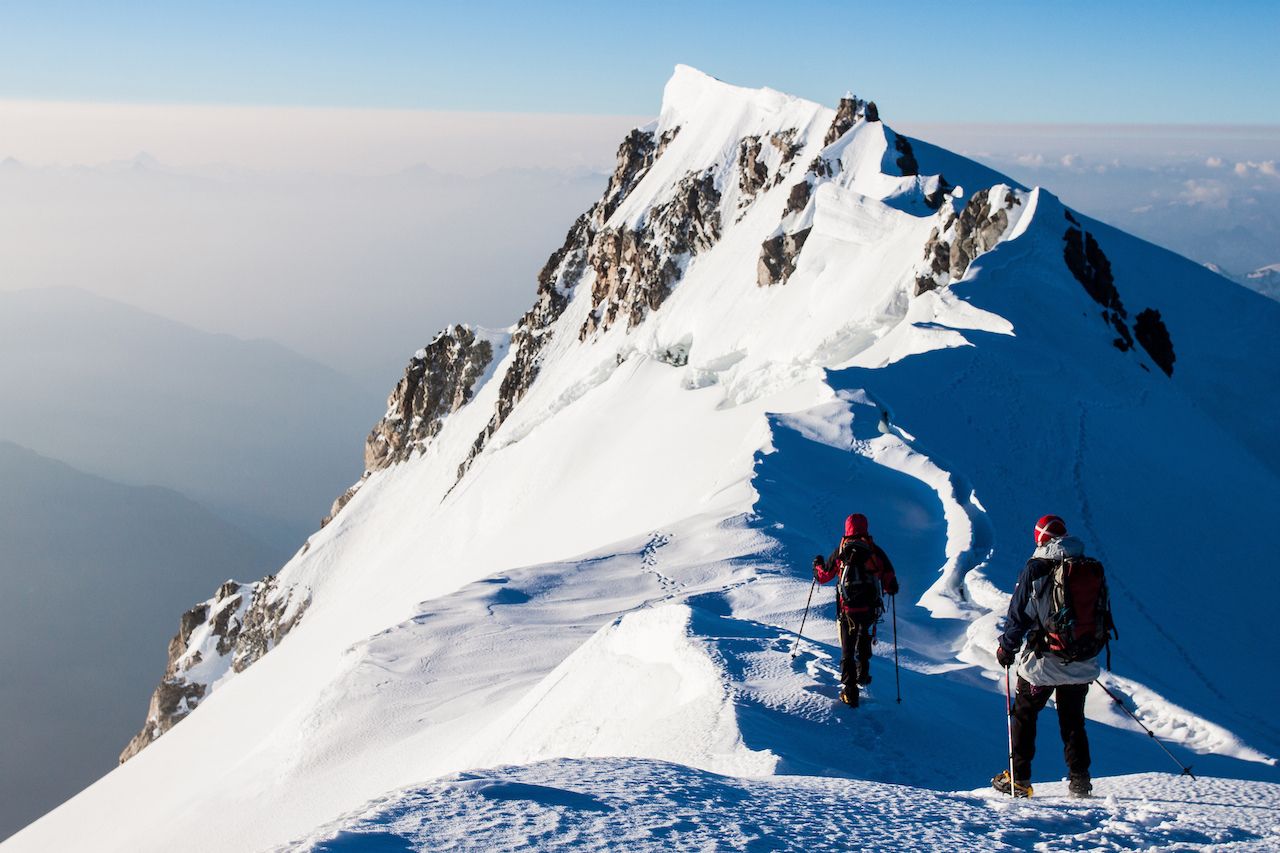 Although Mont Blanc is not technically as difficult as most of the mountains on this list, its position on the tourist-heavy border of France and Italy has made it a popular destination among amateurs, which may be why, according to some estimates, as many as 8,000 people have died climbing it. 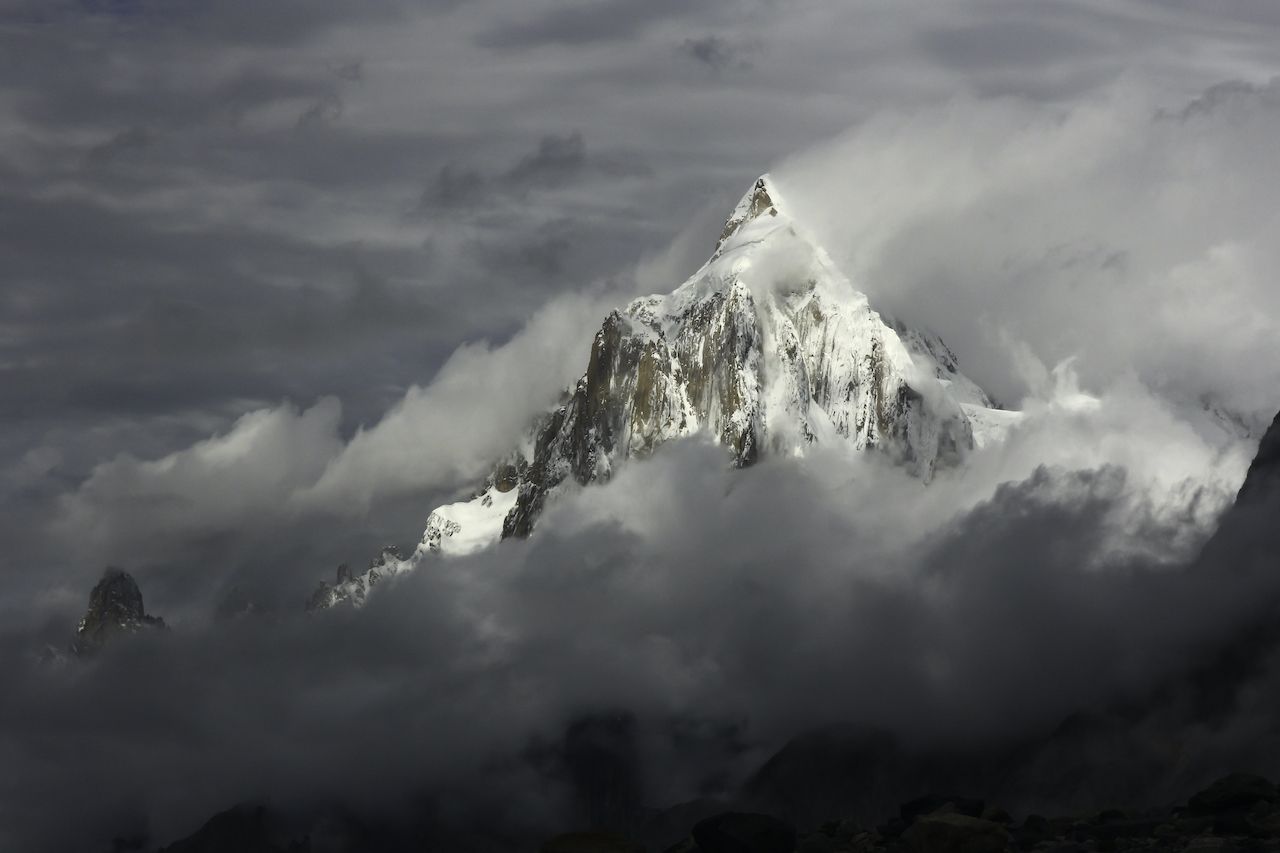 K2, the second-tallest mountain in the world, is possibly the most dangerous. For every four successful summit attempts, one person has died. It sits on the border of China and Pakistan and has never been summitted in the wintertime. 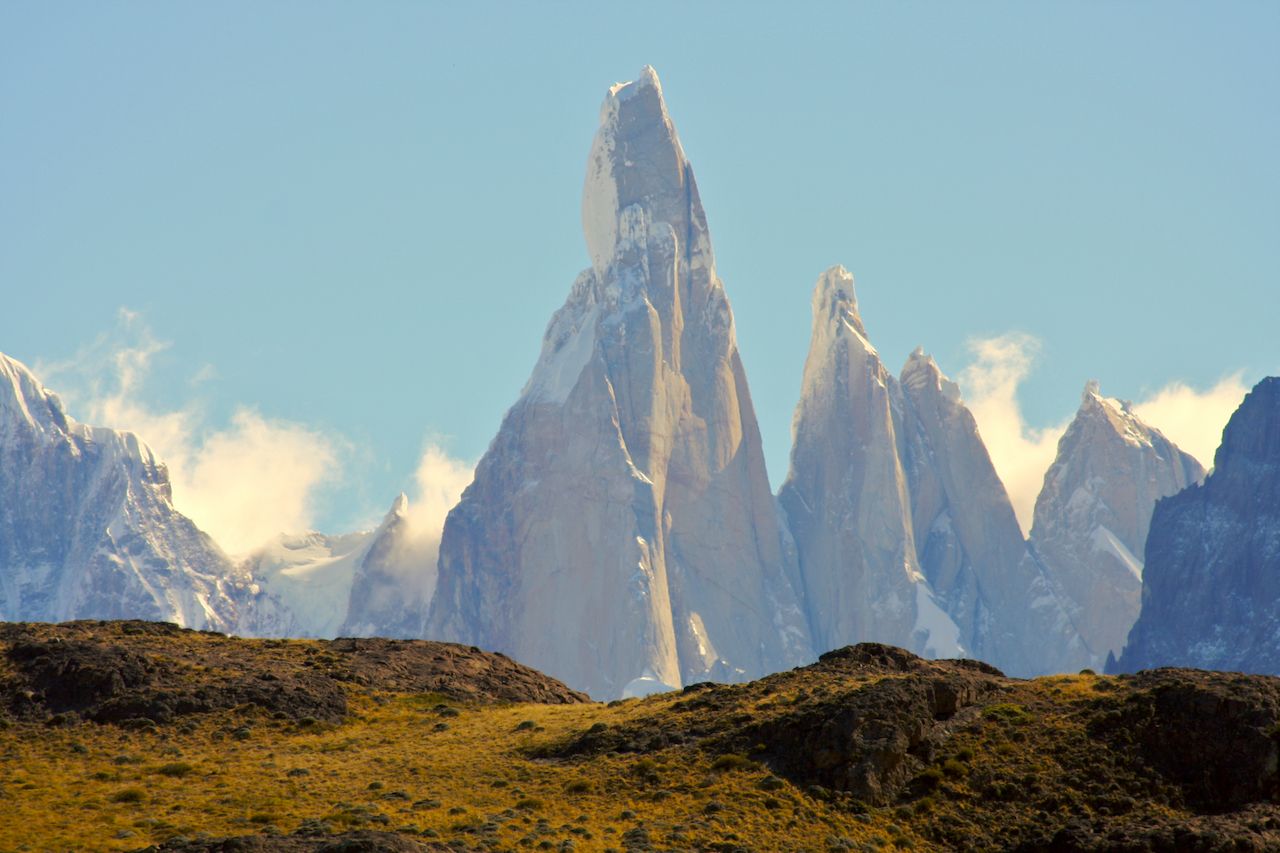 It’s pretty obvious from the picture why Cerro Torre in Argentine Patagonia is such a difficult climb. The first confirmed summit was in 1974. Talons of sheer rock, the crown of the mountain is made more treacherous by a skin of ice deposited by the ever-blowing winds at the top. 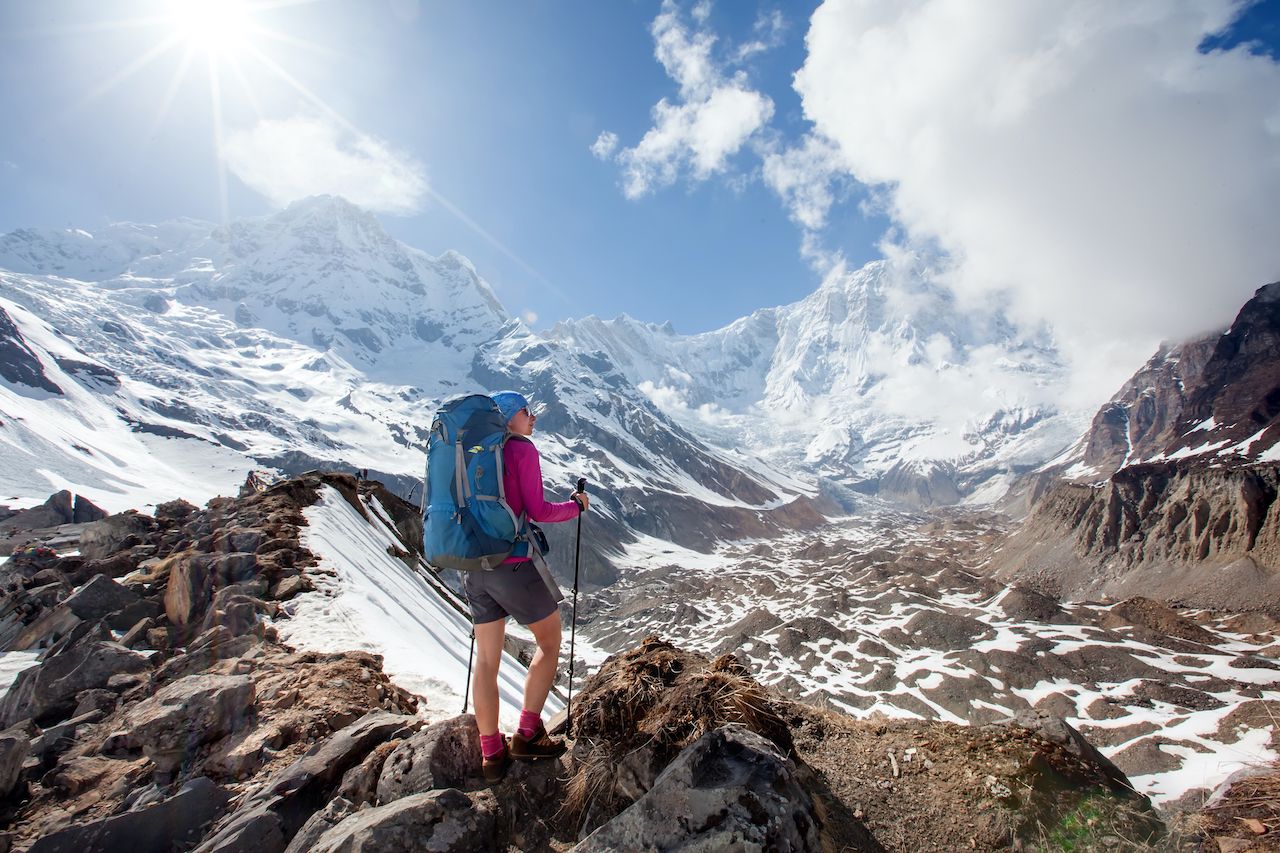 Annapurna in Nepal is, by at least one measure, the most dangerous mountain on the planet. 60 people have died climbing the mountain, and only 157 have successfully summitted it, a ratio of 38%, which is worse than K2. Since 1990, though, another Himalayan mountain, Kangchenjunga, has had a higher death rate. Annapurna’s south face is considered among the most difficult climbs in the world. 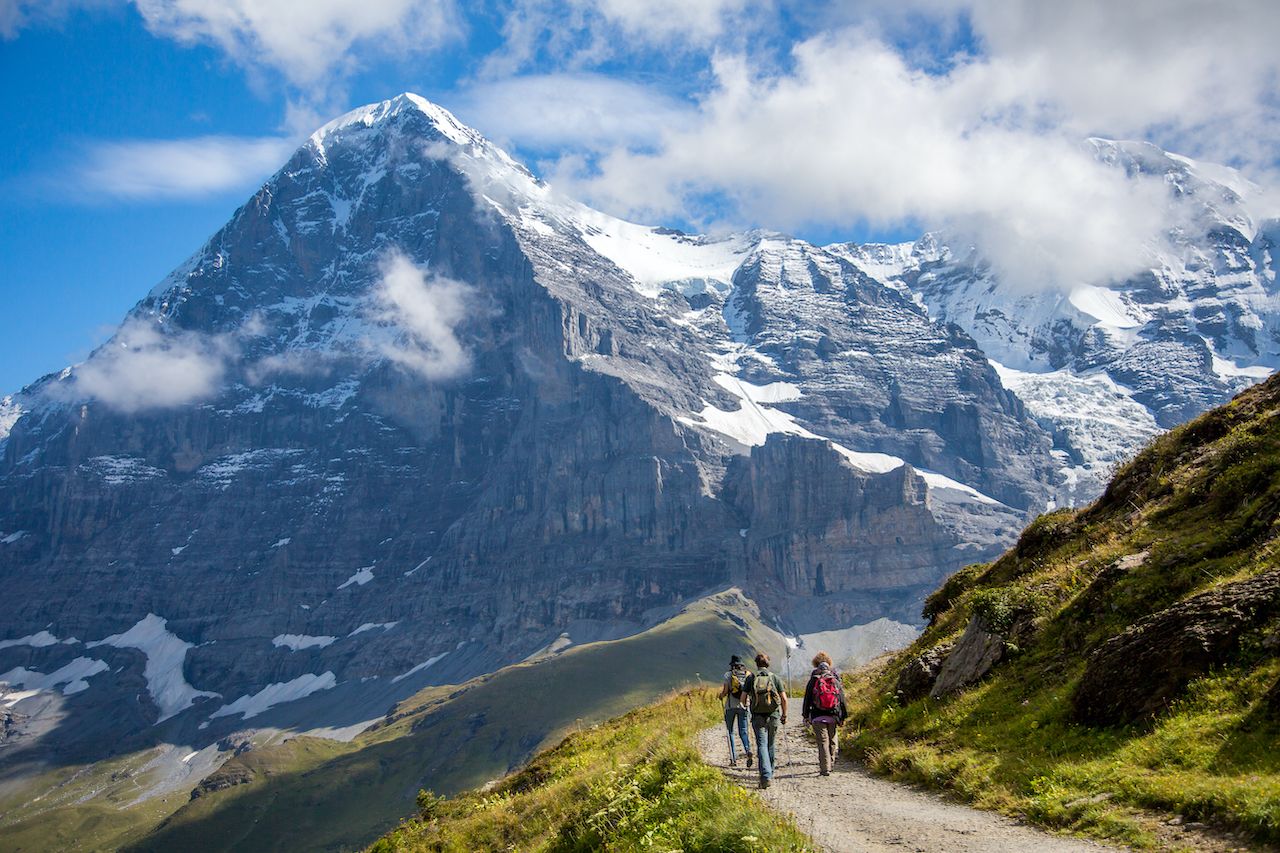 The north face of the Eiger has been nicknamed the “Murder Wall” due to the 64 people who’ve died on the wall alone. 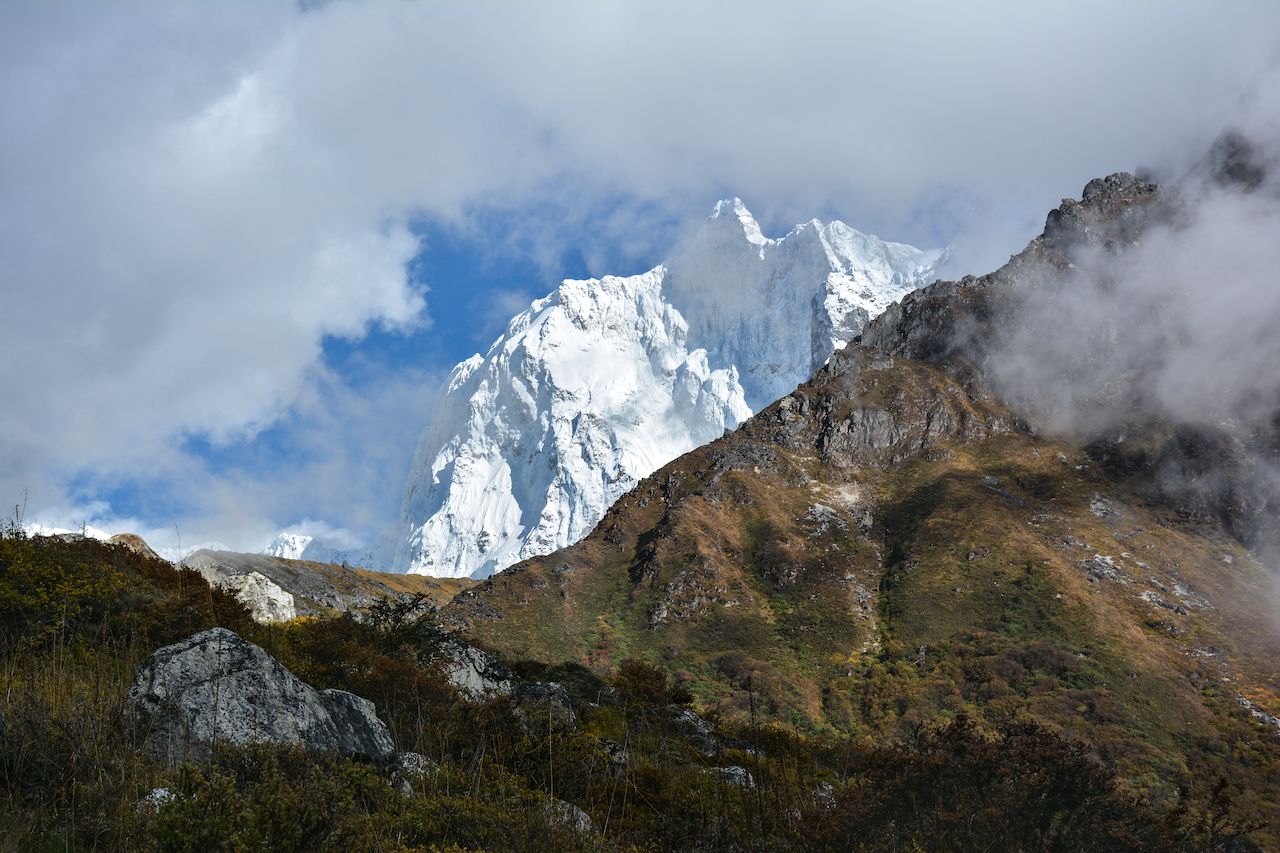 Jannu, in the Nepalese Himalayas, is renowned for its technical difficulty, as a lot of the most difficult portions of the climb are over 7,000 meters. 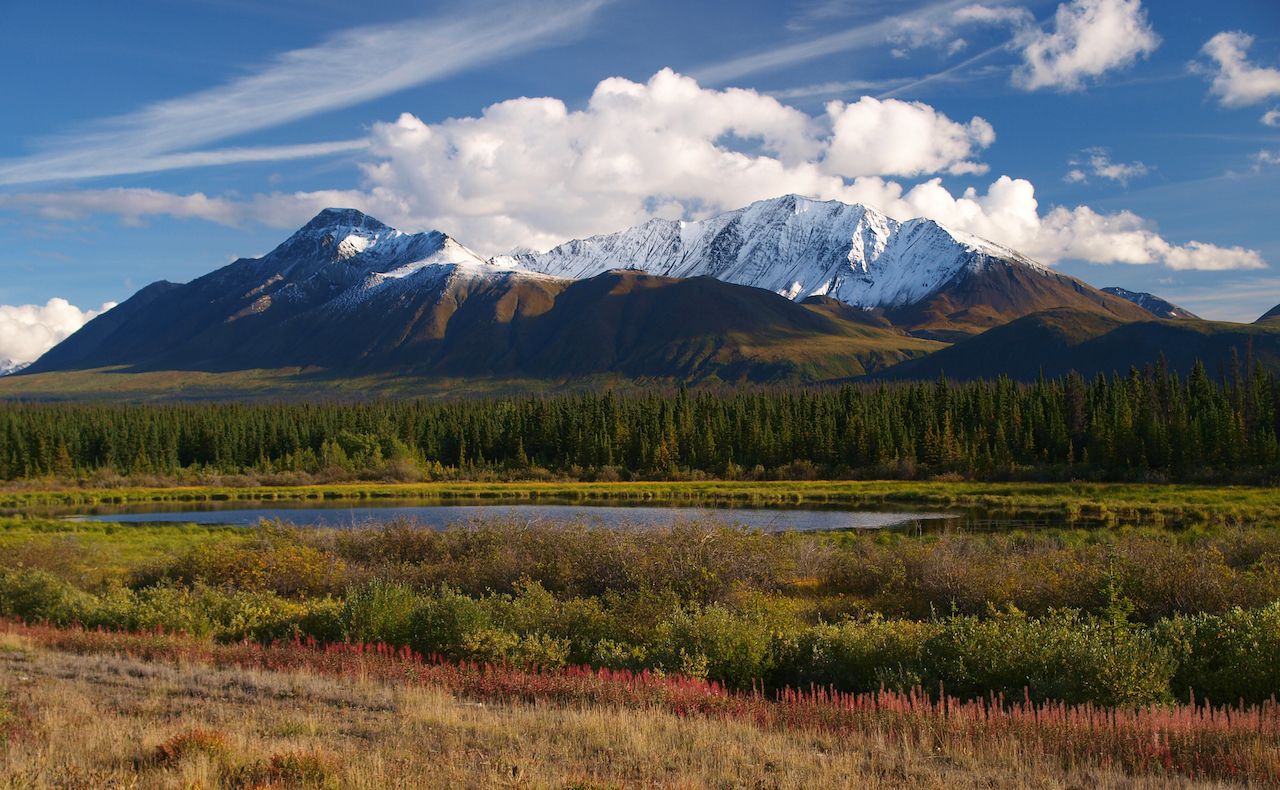 Mount Logan is one of the “Seven Second Summits,” a list that refers to the second-tallest mountain on each continent. Mount Logan in the St. Elias Range in Canada is behind Denali in Alaska. Some of the Seven Second Summits are regarded to be more challenging than the seven tallest summits. Climbing Logan is technically no more difficult than Denali, but because of the mountain’s isolation, climbers must make a long trek before they can even start. 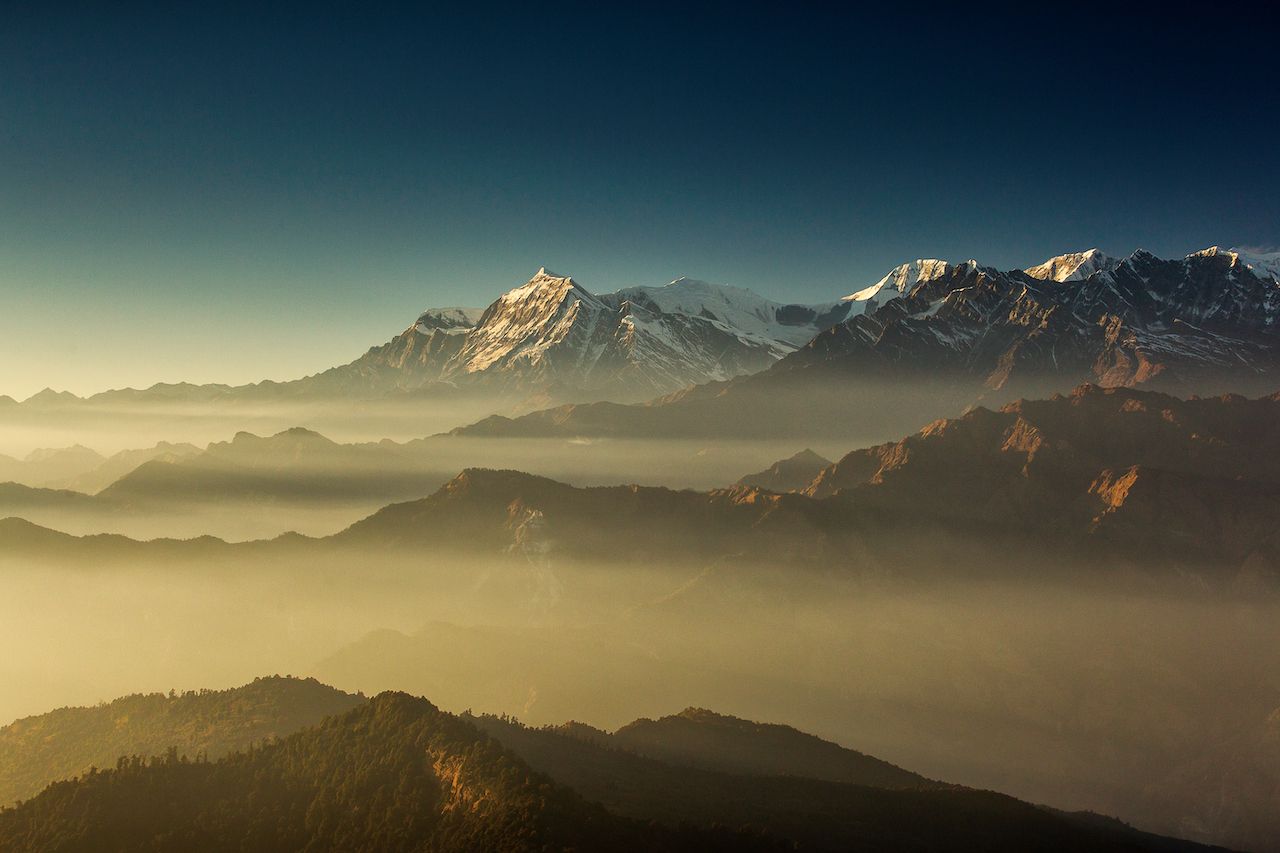 Dhaulagiri I, the seventh-tallest mountain in the world, has an above-average death rate among comparable Nepalese mountains. Between 1950 and 2006, 2.88% of all expedition members who went above basecamp died—a total of 58 fatalities. 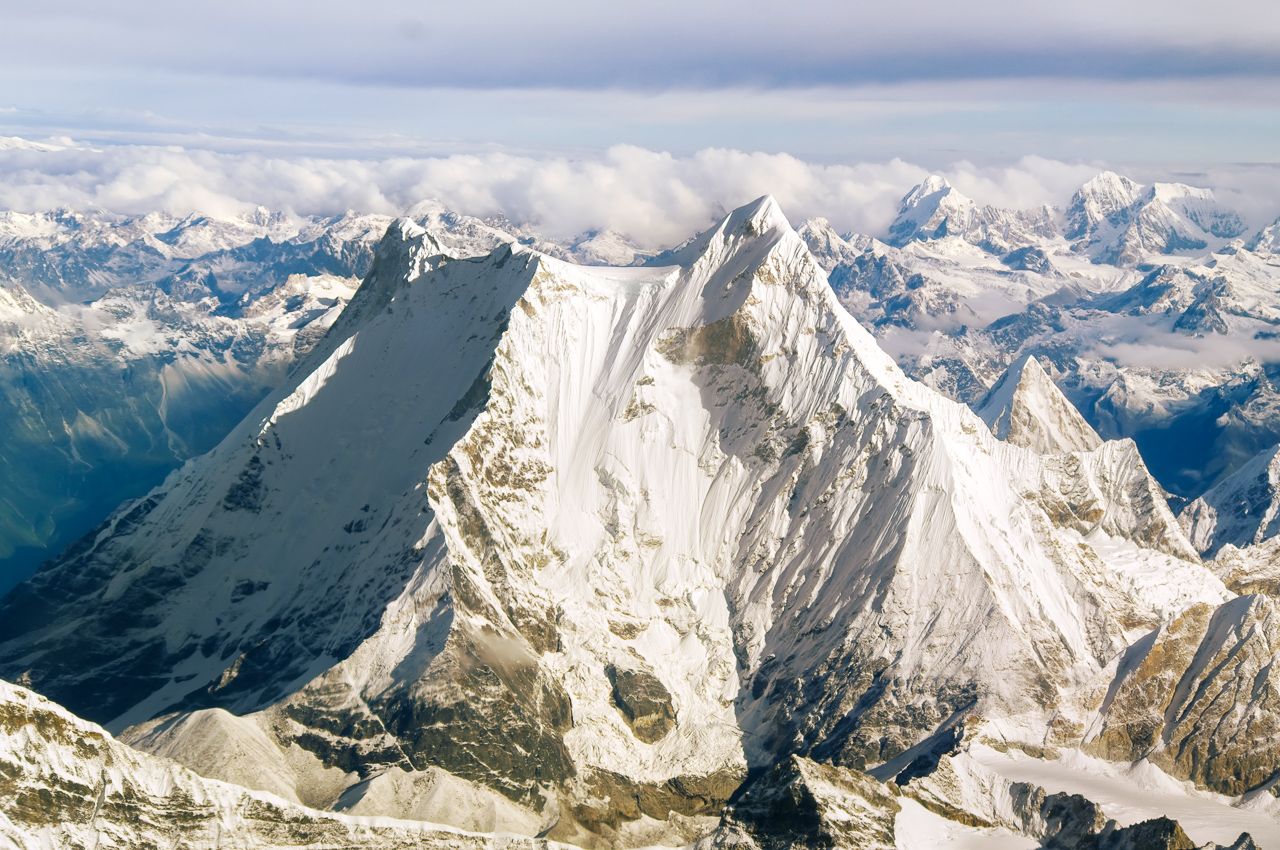 Gauri Sankar is next to Melungtse, a treacherous mountain in Tibet. It’s slightly shorter, but since it’s in Nepal, Sankar’s seen more summit attempts. Like Melungtse, it’s an extremely technically difficult climb. 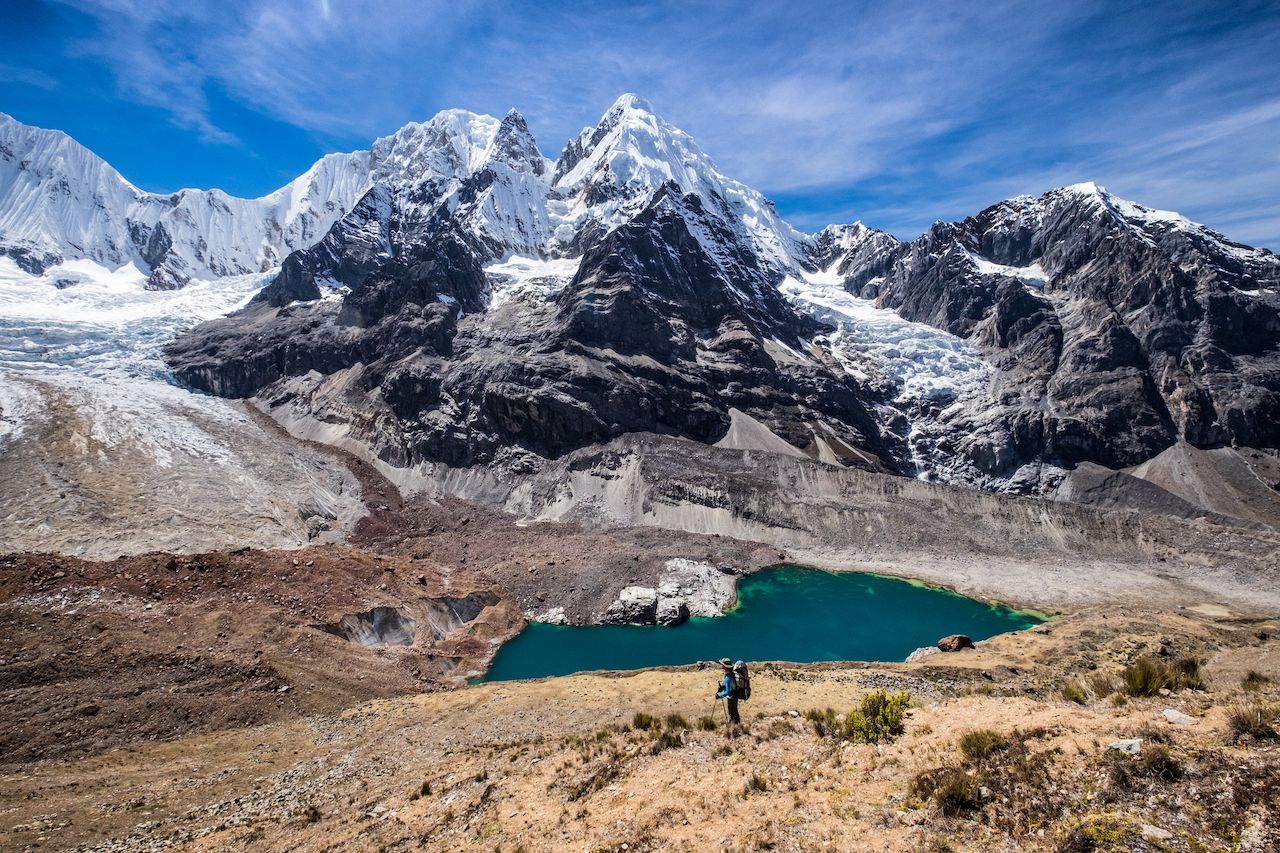 Siula Grande in the Peruvian Andes was made famous through the book Touching the Void, an account of a particularly harrowing ascent (and nightmarish descent) of this peak. 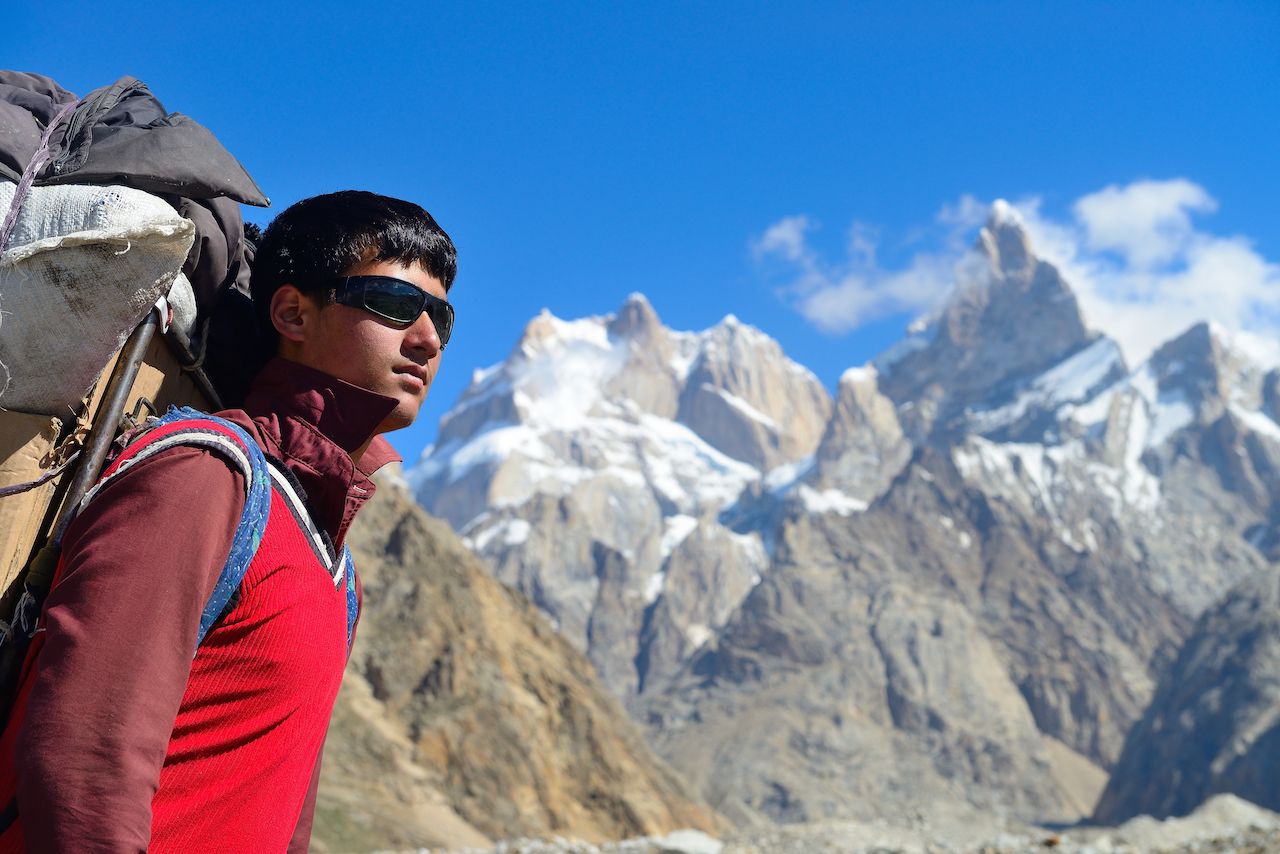 Only three expeditions have succeeded in reaching the top of Baintha Brakk, a giant tower in Pakistan’s Karakoram Range. This is because its walls are particularly steep and complex, obstacles compounded by the high altitude. It’s nicknamed “the Ogre.” 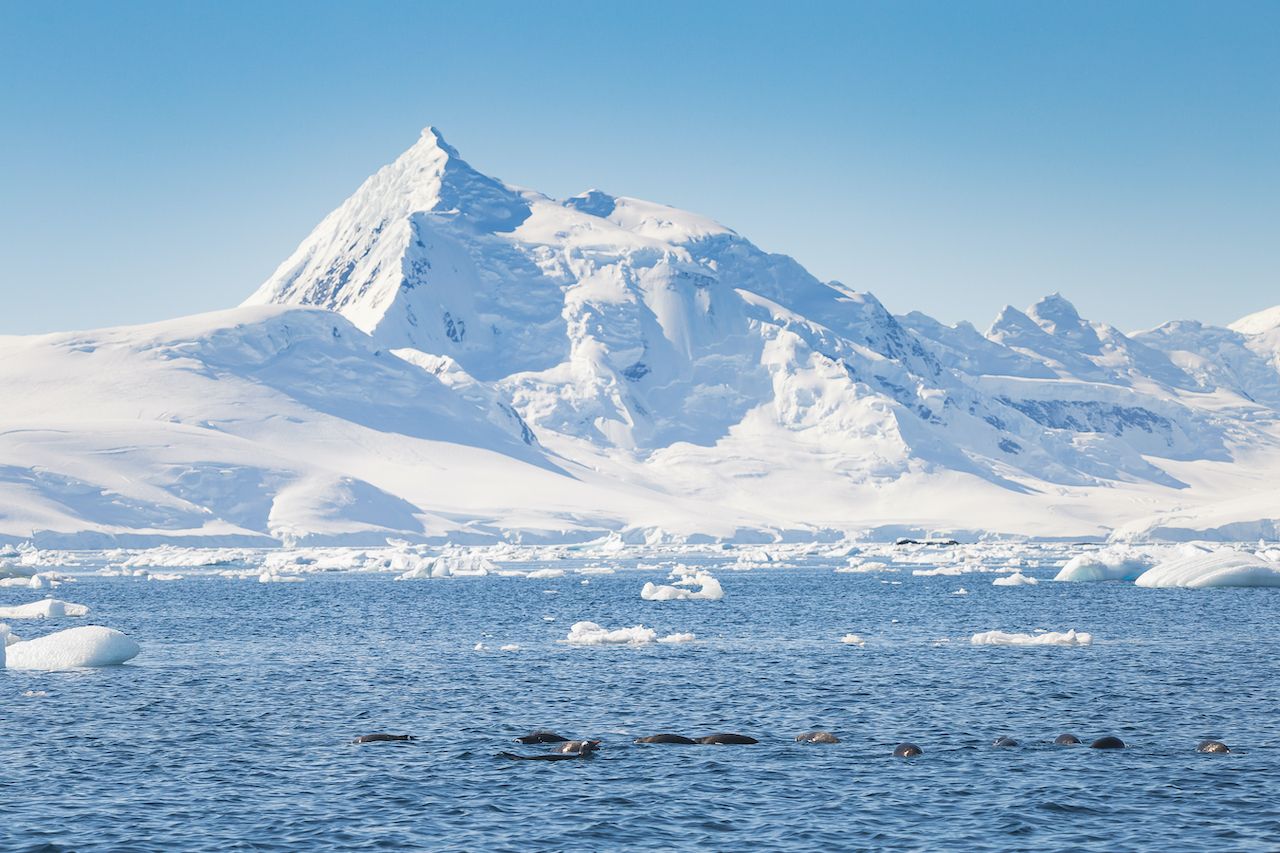 Mount Vinson isn’t technically that difficult. The problem with it? It’s the tallest mountain in Antarctica. It wasn’t even seen until 1958. 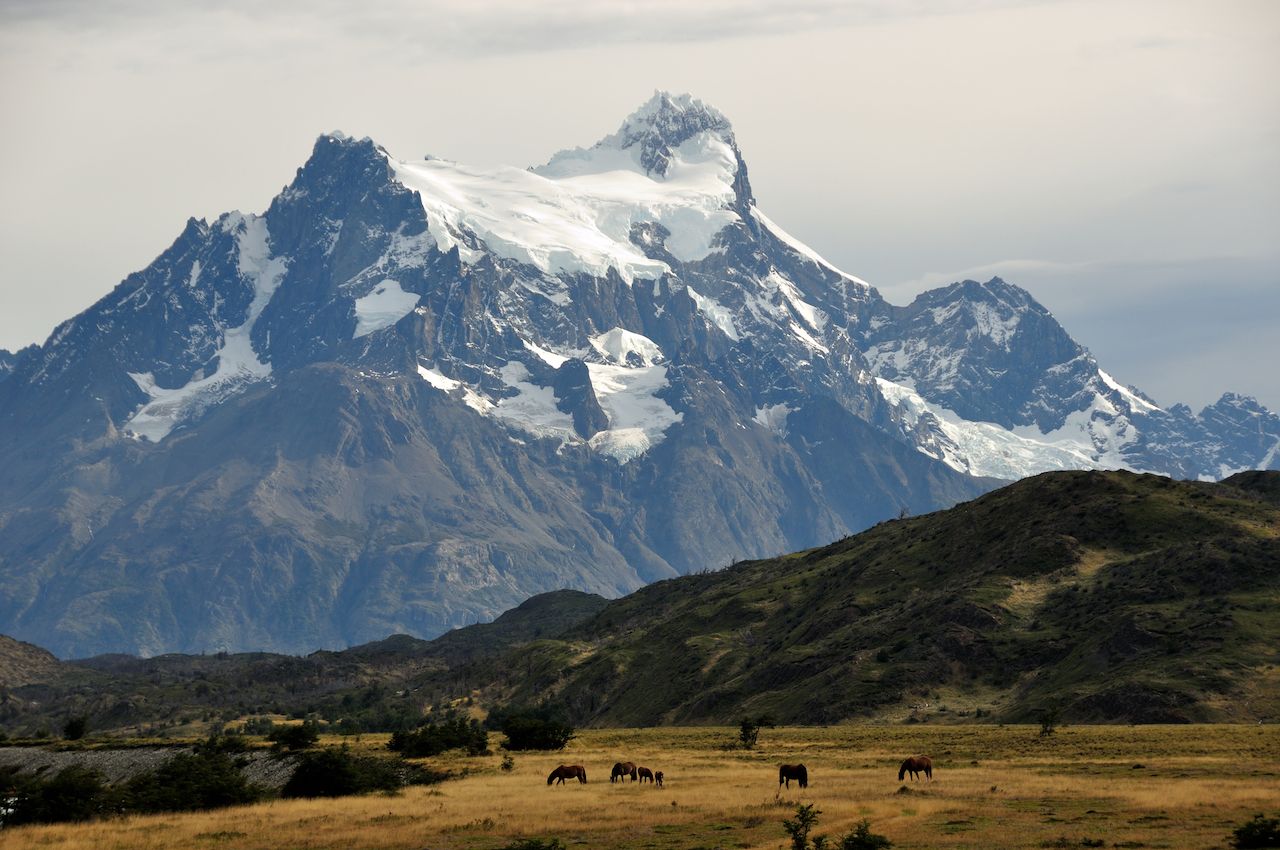 Cerro Paine Grande, in Chilean Patagonia, is part of the Cordillera del Paine, which harbors many difficult climbs. Part of the difficulty is the very steep—sometimes vertical—rock climbs, while part is because of the extremely unpredictable weather. 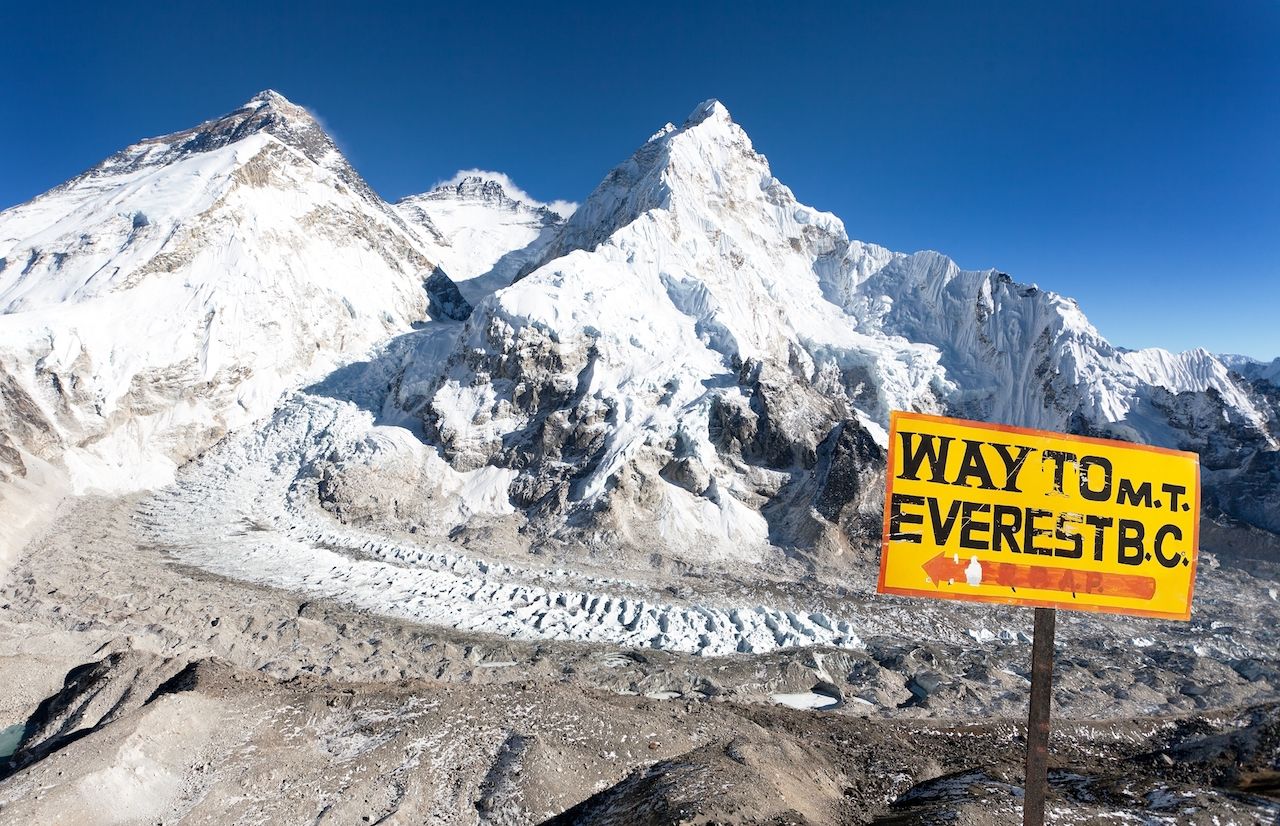 Lhotse, the fourth-highest mountain in the world, is directly connected to Everest. Around 20 deaths have been recorded on Lhotse, and under 400 have actually made it to the summit. The biggest difficulty is altitude, breaching the so-called death zone above 8,000 meters, where human acclimation to the thin atmosphere is impossible. Nonetheless, Lhotse isn’t as difficult as Everest, and at least one tour operator offers a package that involves climbing Everest and then walking over to Lhotse and climbing it as well. 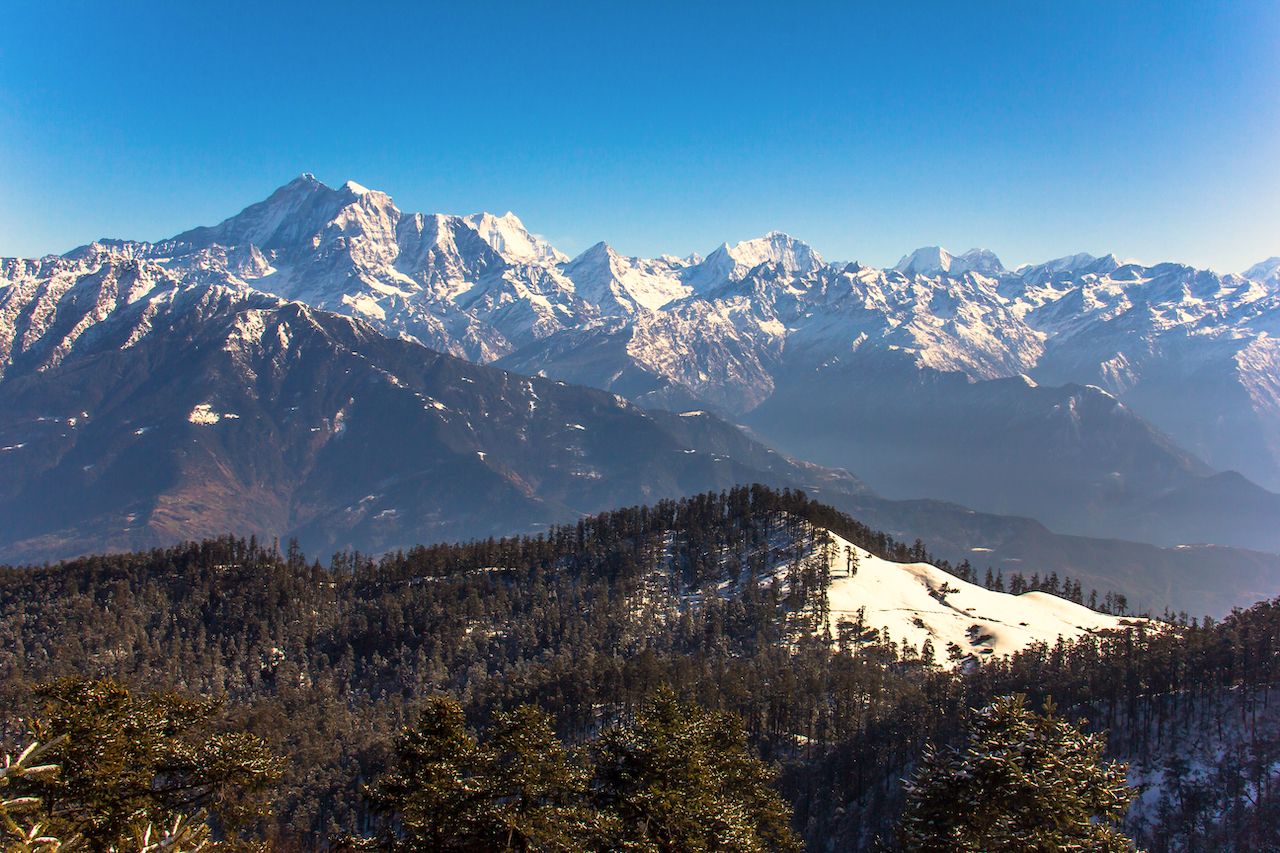 Melungtse in Tibet wasn’t officially summitted until 1992 and hasn’t been summitted since. Partially, this is because climbing just hasn’t been allowed, but it’s also an incredibly steep mountain. 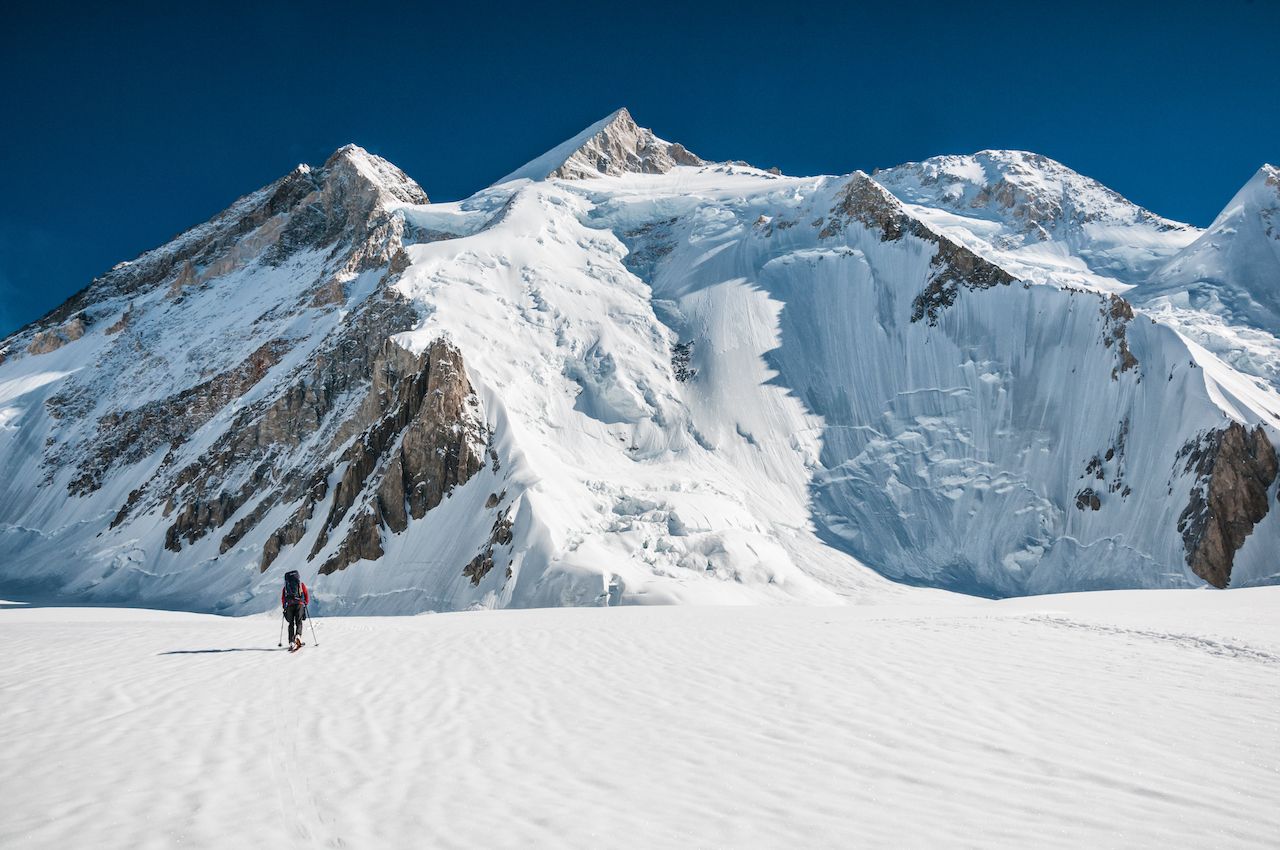 Gasherbrum IV is considered one of the most technically difficult peaks in the world, thanks to its height, sheer faces, and the unstable weather in the area. It’s in Pakistan’s Karakoram Range. 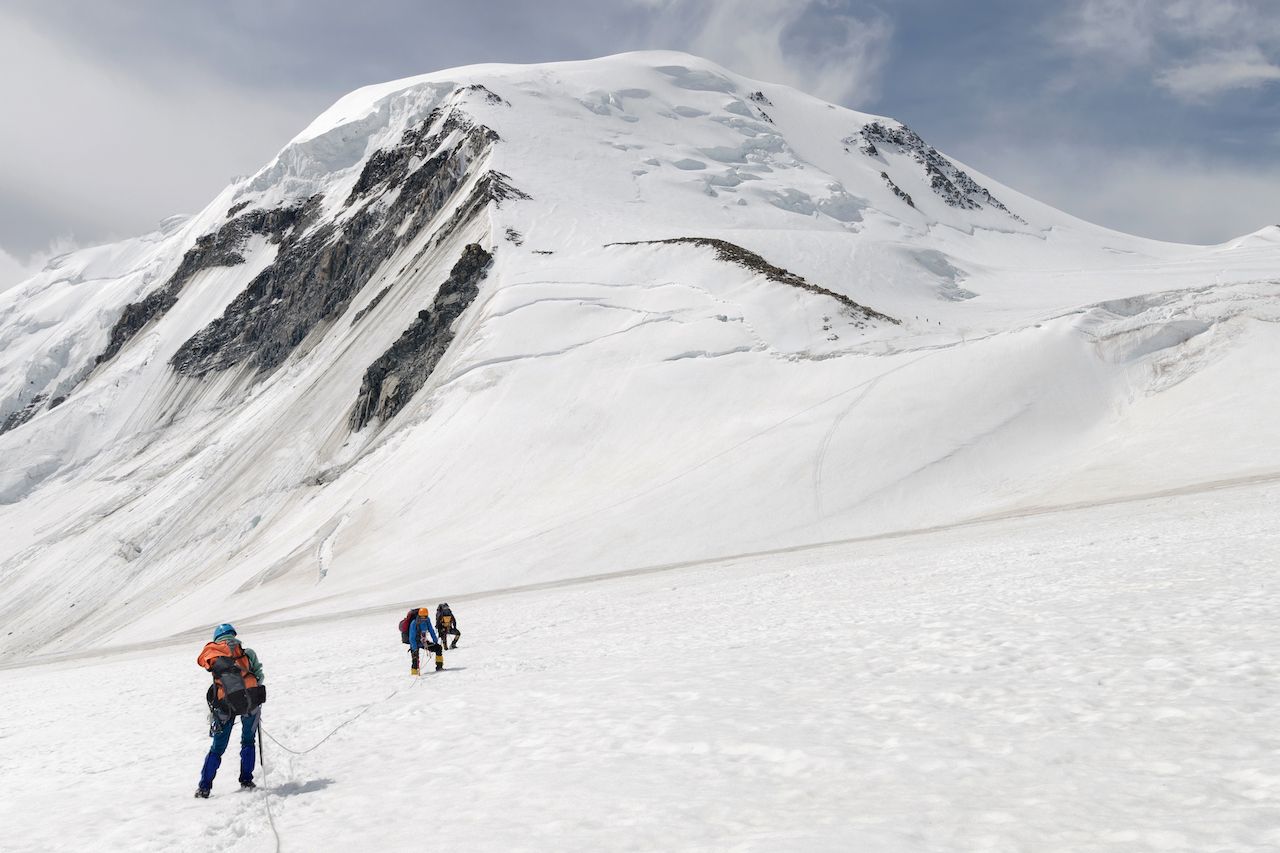 Mount Khuiten, in Mongolia along the Russian border, is one of the hardest mountains to get to on the planet. It’s on this list mostly because of its remoteness, not so much because of technical difficulty. 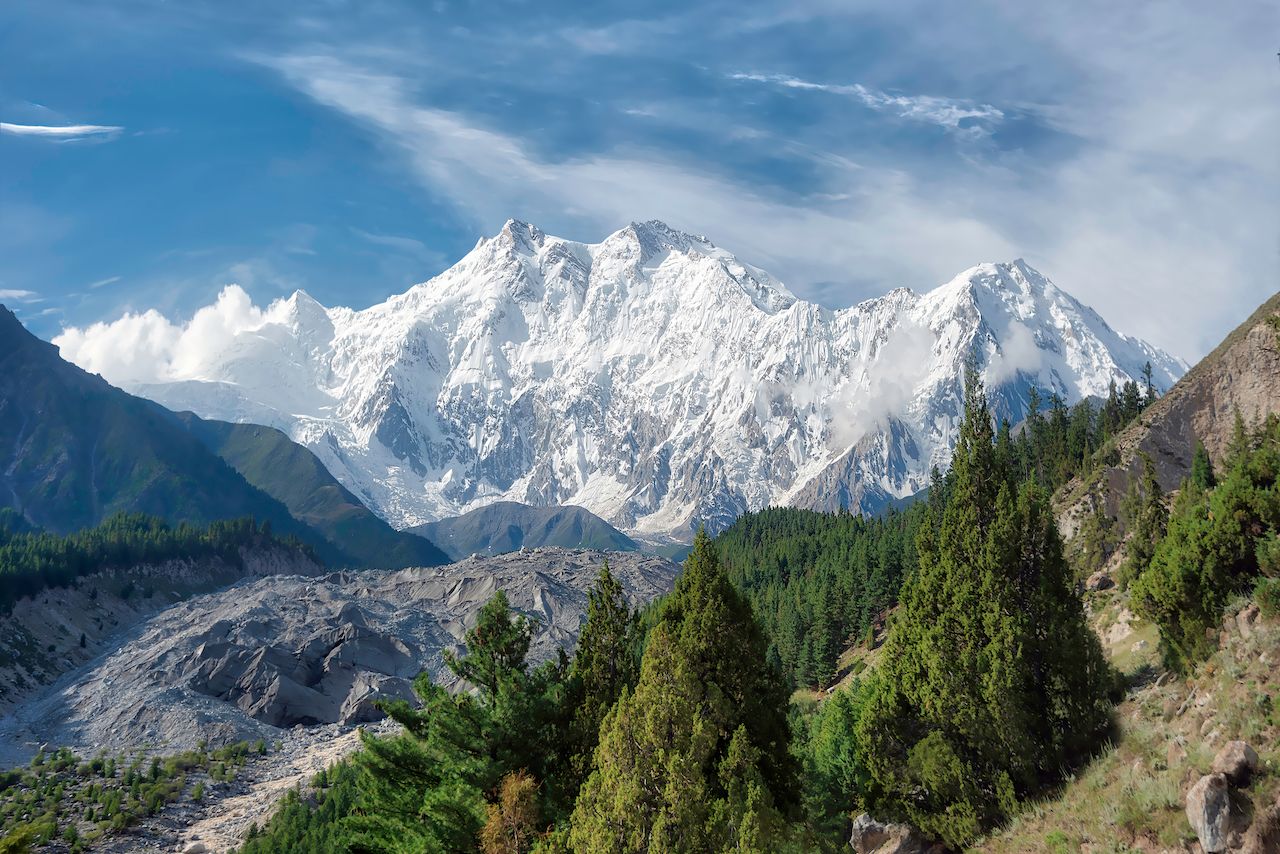 Nanga Parbat in Pakistan is the ninth-tallest mountain in the world, but it ranks higher than that for difficulty. It has never been climbed in winter, and the south side flaunts the largest mountain face on the planet. It’s nicknamed “the Man Eater” but recently involved a tragedy that had nothing to do with climbing-related deaths: The local Taliban murdered 10 foreign climbers at their camp.

On the border of the Yukon and Alaska, Mount St. Elias is not frequently a target of mountaineers, due to its horrible weather. Just 10 miles from the ocean, and ascending steeply to an altitude of 18,000 feet, Mount St. Elias is constantly battered by harsh Pacific storms. 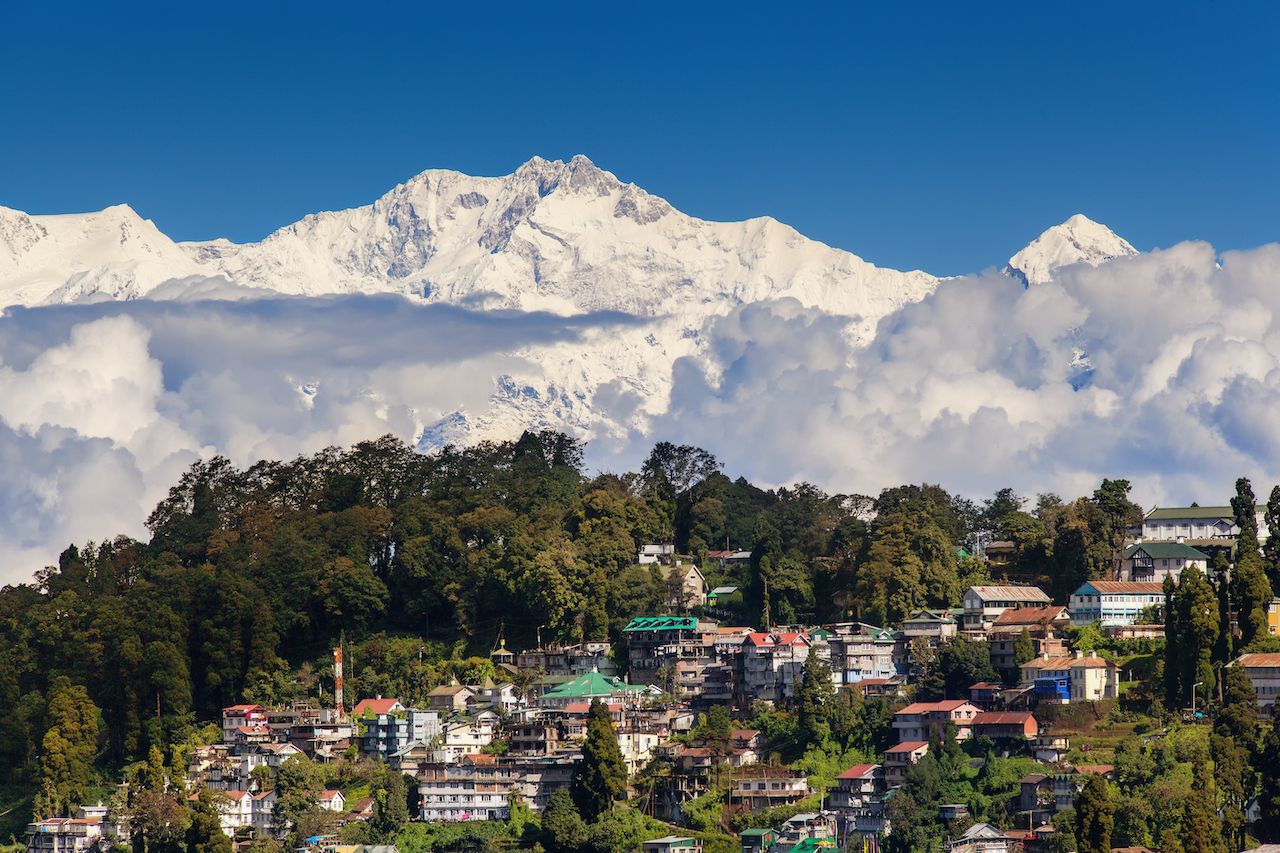 Kangchenjunga, on the border of Nepal and India, was thought to be the tallest peak in the world until a massive geographic survey of India in the mid-19th century reclassified it as the world’s third-tallest mountain. Over time, fatality rates on Kangchenjunga have remained consistently high, even though most mountains have seen a decrease in death rates as a result of improved equipment and meteorology.

Tagged
Climbing Galleries
What did you think of this story?
Meh
Good
Awesome