I shot this image at 1/25thof a second,f13 at ISO200. This equation makes the river and boater, Gary Matto, shave a blurred effect. The result: a different look to the popular wave, Pipeline, on the Lochsa River in Idaho. 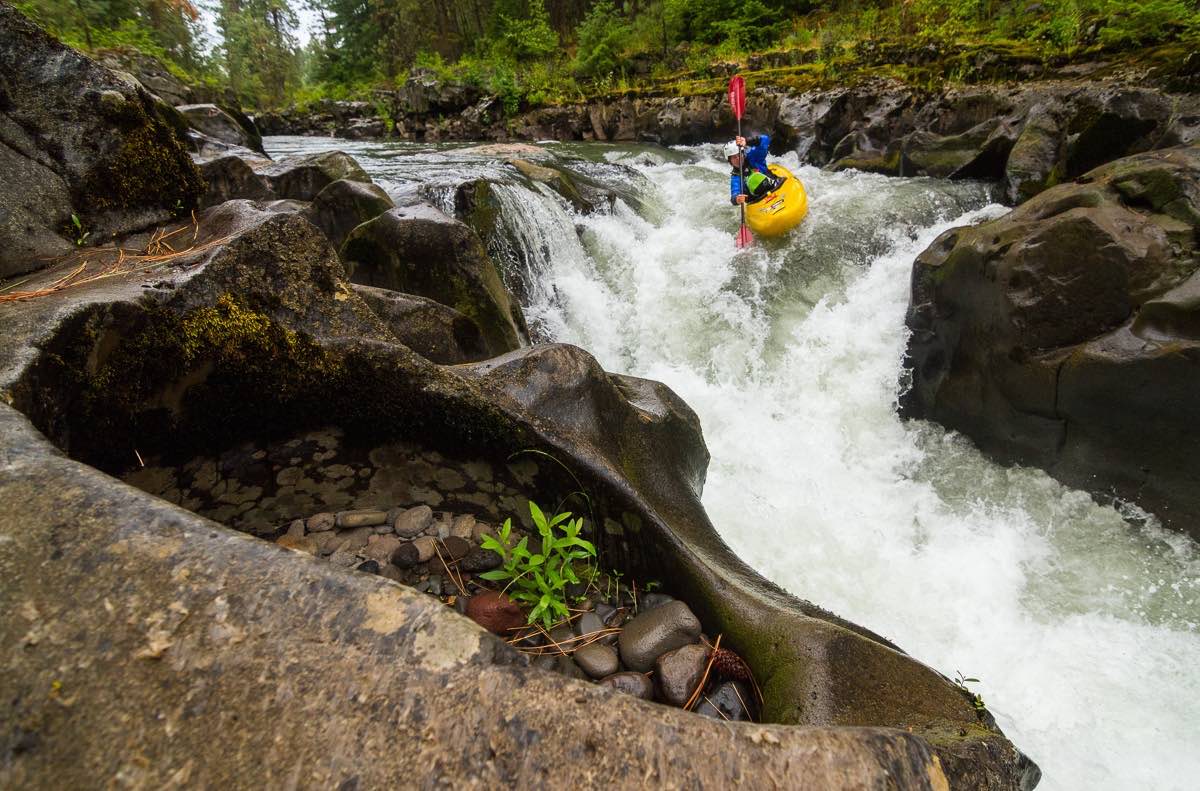 Foreground is whatever object is closest to you in your frame and gives your photo “frame of reference.” Without it, sometimes the viewer can be lost and lose the perspective that you wanted in the first place. It gives the image depth, which overall creates a better image.

The rock at the bottom left both tells a story of the geology of the area and adds more depth to the photo. Having that foreground also balances the image with the paddler, Matej Holub on the right side of the frame. 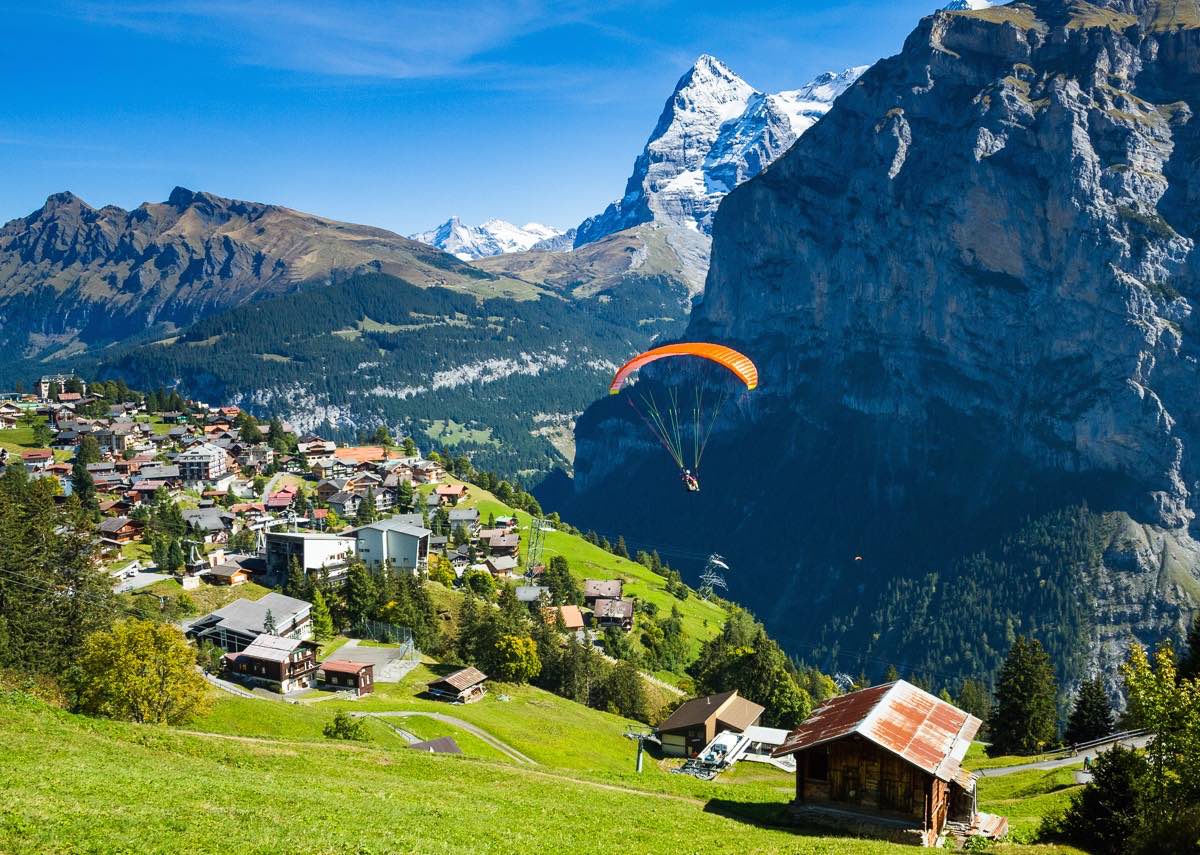 Don’t forget to zoom out! Your surroundings tell a big part of the story you’re portraying. Creating context by showing your subject “placed” in the environment can create a stronger sense of “story” in your shots. It shows the where. I find that some of the best images are the ones where you have to look for the subject.

Had I not zoomed out, you would have never known there was a town on top of a ~2,500ft. cliff. A wider shot also shows where this paraglider came from and where they are going in this scenic location. 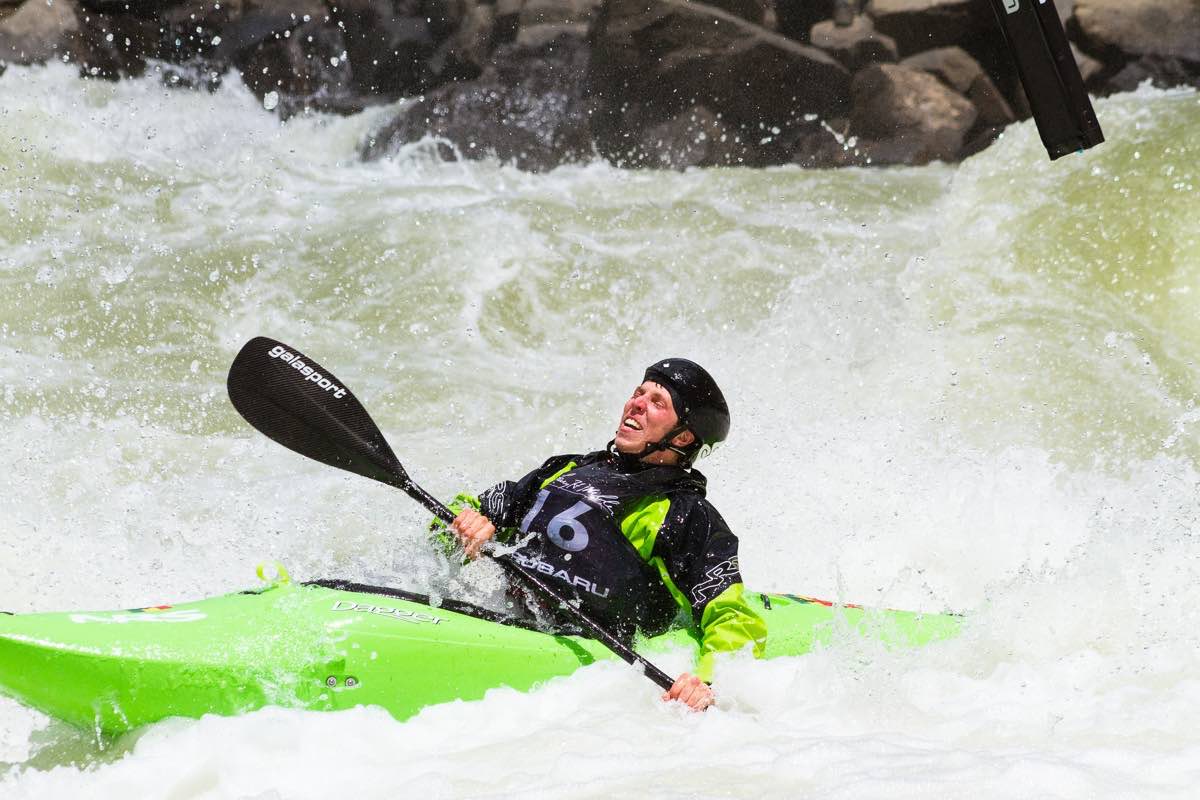 I always look for expressions, funny or serious. Whatever the case, don’t forget to shoot outside of the action, people in particular. They are the lifeblood of every sport and tell a story themselves. The pain, the struggle, the happiness all tell a story of what they are going through with the task at hand. Candid is the name of the game!

Erik Johnson shows much satisfaction as he makes the hardest gate in the North Fork Championship. Expressions deepen the story. 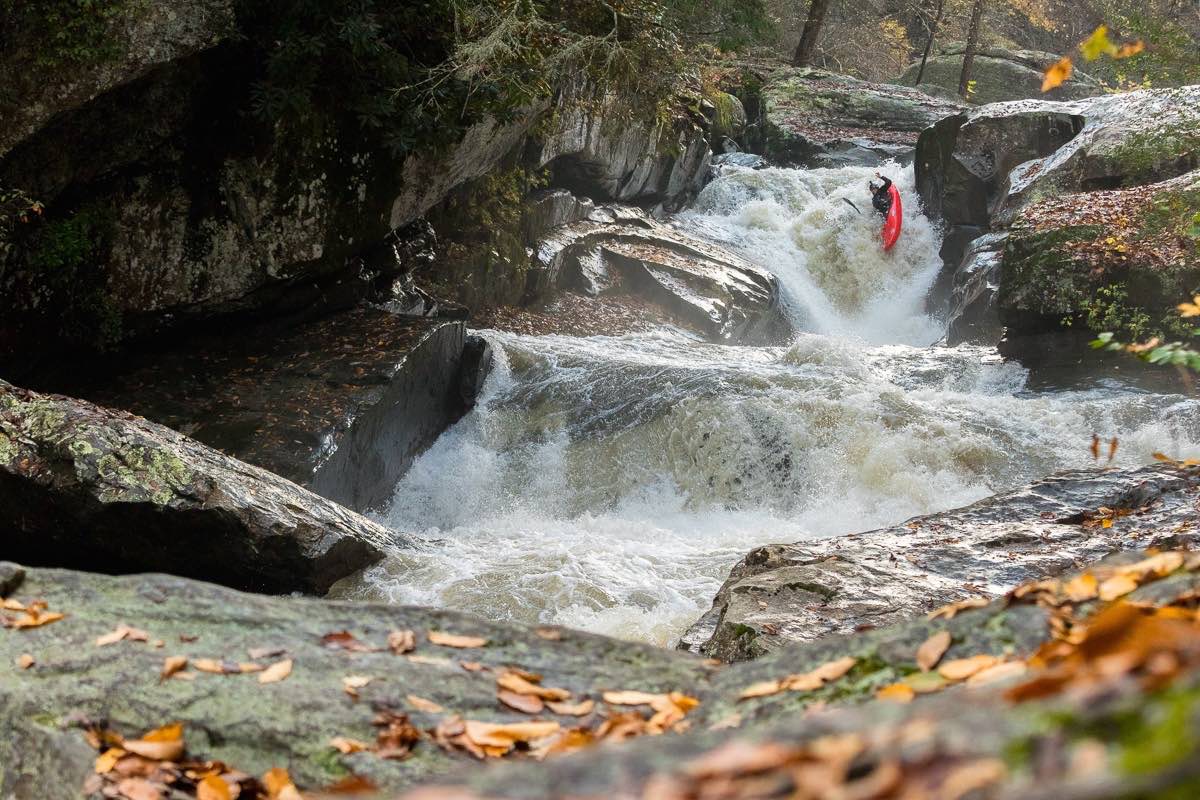 In a sport like kayaking, where lines can be missed and things could go a number of ways, you have to be prepared for all options. Talk to the athletes you are working with and see what they are thinking in terms of their “line.” It takes a lot of experience before you can begin predicting what may happen if things don’t go as planned, but sometimes these situations make for the best images, and you have to be ready for them. Having said that, the athlete may be frustrated with an off-line event, so it may be a sort of bittersweet scenario. You get a good shot, but the athlete is not in the best of moods, or worse, they’re injured.

I knew Kalob Grady was going to be running Gorilla, but what was unexpected was that he paddled off it with only one hand on his paddle. Had I froze and just watched I would have never gotten this shot. Kalob was not hurt and ended up laughing about his mistake downstream. 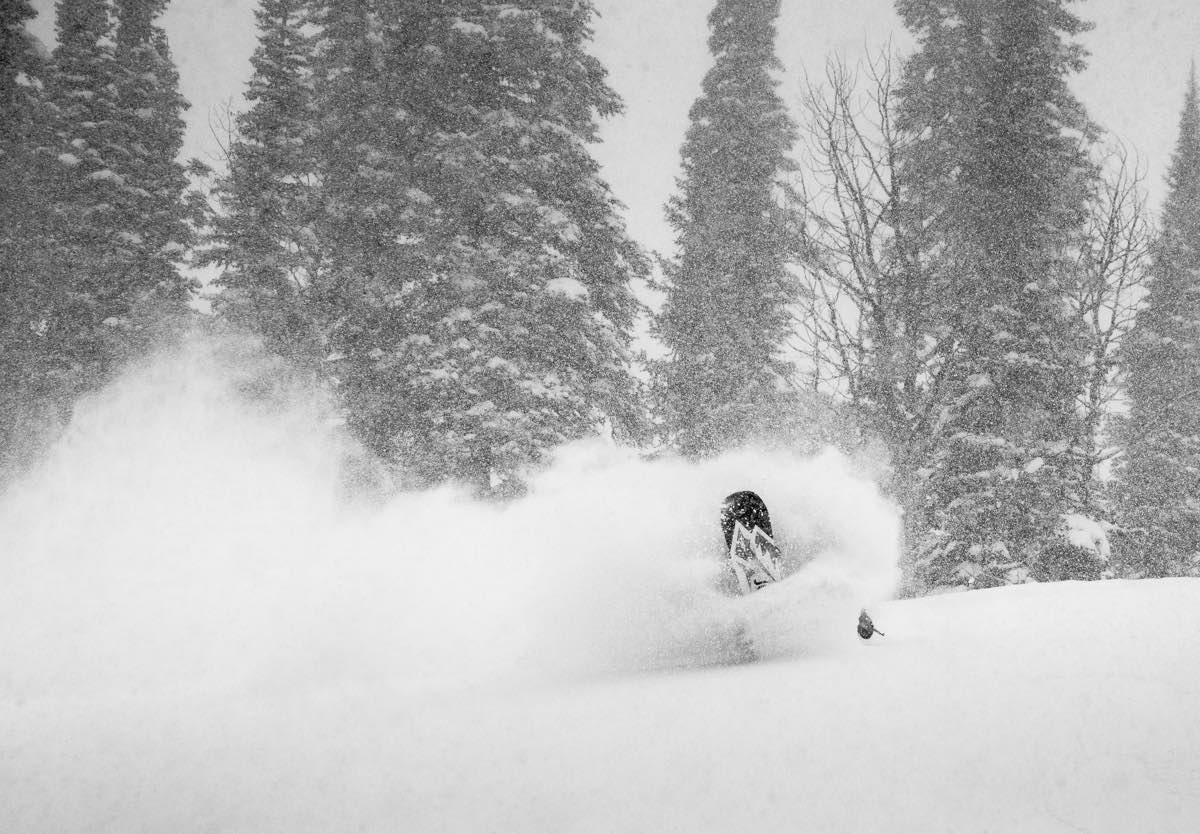 Rain, snow, and anything in between can happen in the action-sports world at any time. It’s best to come mentally and physically prepared to your shooting location. Mentally, you need to know that things may get uncomfortable, with the heat, the cold, the ungodly amount of rain, etc. Physically, dress smart for your environment and bring the necessary gear to protect your camera from being damaged by the elements.

This was one of those days where the snow kept coming. To ensure my camera was safe I packed a cotton tee so I could dry it off in-between shots. I also always bring glove liners so my hands wont freeze when I am operating my camera in cold conditions. All the while Evan Williams was happy in knee-deep powder.