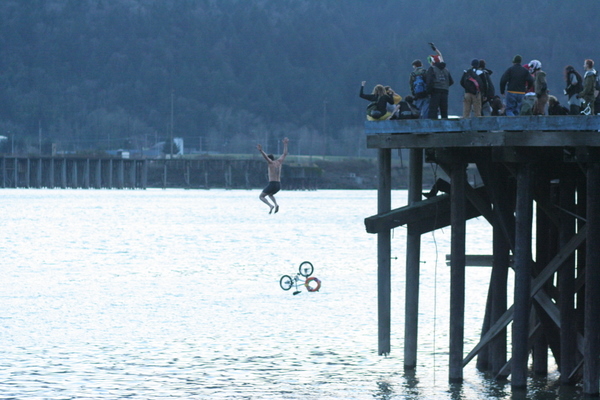 From the subversive to the silly, these are our favorite celebrations of US bike culture.

IT SEEMS APPROPRIATE that this massive, two-week celebration of bicycles should take place in Portland, Oregon, the center of quirky bike culture’s universe. Pedalpalooza has 215 events for adults as well as families. Bizarre events include the Jesus Cycle Procession, a bike self-defense class, and the Pretty Panty Ride.

Now in it’s seventh year, this weekly begins at the Portland Zoo and involves a legion of mini-bike riders speeding downhill at up to 35 miles per hour. Zoobombers follow ‘leave no trace’ practices and encourage participants to take the MAX to the Zoo to cut environmental impact. Riders are encouraged to use safety equipment, such as helmets and lights. 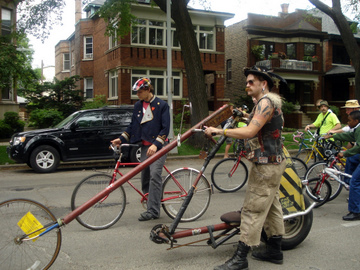 Zoobomb’s organizers put on a number of other events throughout the year, including the Zoobomb Century in June, where participants ride mini bikes on various looped courses for 100 miles, and Mini Bike Winter in February.

Organized by New Belgium Brewery, the Tour de Fat is a mobile bike festival that meanders through 11 western cities every summer and fall, bringing live music and costumed bike parades. This year’s route begins in Chicago and winds through Washington, California, and six other states before ending in Austin.

New Belgium donates all profits from beer sales at the event to cycling and environmental non-profits.

Illinois’ spoof of the Tour de France, the Tour de Donut is a 30-mile bike race with two optional donut stops along the route. Riders who choose to stop receive a five-minute time deduction for every donut they consume.

Since the original race began in 1989, two others have started, one in Texas and another in Ohio. 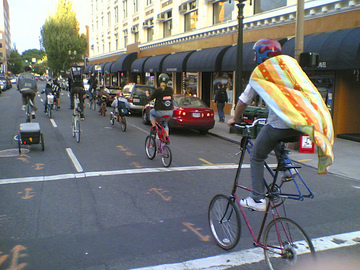 Part celebration and part protest, Critical Mass began in 1992 in San Francisco as a way to draw attention to the unfavorable cycling conditions of the city’s streets.

Today, some 300 cities around the world host their own version of the ride, in which large groups of cyclists gather informally to promote bikes as an alternative to cars.

Critical Mass riders sometimes employ traffic-blocking tactics, and events have been known to turn violent. In response, some cities have begun to hold more courteous versions of the ride.

Mostly self-explanatory. The World Naked Bike Ride is a lighthearted, clothing-optional event with the aim of drawing attention to cycling as a sustainable alternative to car travel. The ride takes place every year in June or March.

More a type of event than a ride, alleycat races are DIY urban races with roots in the bicycle messenger community. Alleycat races usually involve traveling to various checkpoints, reflecting the nature of a bike messenger’s work day. 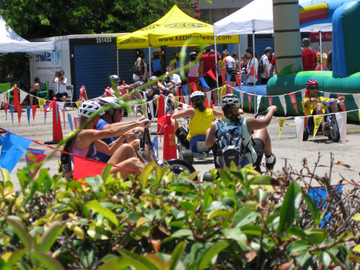 This New Belgium-sponsored race/scavenger hunt takes riders in teams of two to various urban checkpoints, where they must perform ridiculous challenges in order to move on to the next checkpoint.

Checkpoints may be completed in any order, and the first team to hit them all wins a pair of shiny New Belgium cruisers. The event culminates in, of course, a beer garden and festival with more wacky obstacles.

Interested in learning about other organized rides, or training for your first big multi-day ride? Check out more articles on Matador Sports, category Bicycles.

May 17, 2021 Tim Wenger
✖
travelstoke
Download the mobile app
stoked by