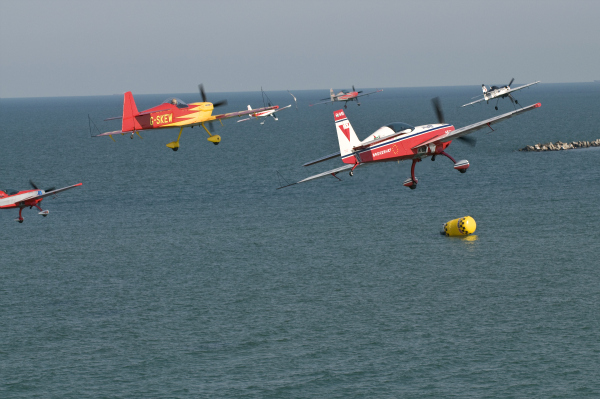 TEN YEARS AGO, Jeff Zaltman was a manager of mergers & acquisitions for Ford-UK in London. He was also an amateur pilot whose access to Europe’s aviation circles had shown him just how little attention aviators got in mainstream motorsport.

“I thought, ‘It’s such a shame that no one on the street knows about these athletes that are competing. Why is that? And is there something I can do about it?'” Zaltman told me from his office in London. “[I wanted to] communicate the skills and talent that pilots have in air racing, and in all air sports really. These guys are every bit athletes, and every bit as devoted and skilled.” 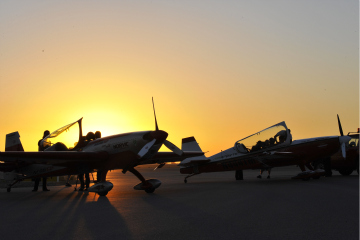 In 2004, Zaltman left Ford to dedicate himself full-time to his company Flying Aces Ltd., which organizes Aero-GP, an international competition to showcase and reward the world’s most elite pilots. He designed Aero-GP with two major objectives: to capture people’s imagination and to introduce the mainstream public to the competitive side of aviation.

Held throughout Europe and most recently in Abu Dhabi, Aero-GP’s annual competitions are divided into three segments. The overall winner of the series receives the title of World Champion Flying Ace. 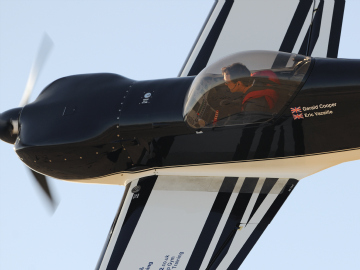 In the Air Racing segment, pilots race each other while flying at over 300 mph, 50 feet off the ground, on 2,000-meter race course. The Air Combat portion is akin to a war game, wherein the pilots use virtual weaponry to battle it out in a simulated dogfight. The Barnstorming challenge is a mix of showboating and competition, in that competitors perform aerobatics, target bombing and obstacle courses, or “precision flying.”

Fortunately for Zaltman, it’s easy to understand how skills that bring to mind daredevil heroism–think Top Gun or Iron Eagle–could be crowd pleasers. Many Aero-GP pilots have formal military training; for others, such as Mark Jefferies, a top-ranked British precision pilot who runs his own importing business, air sports are a serious hobby. 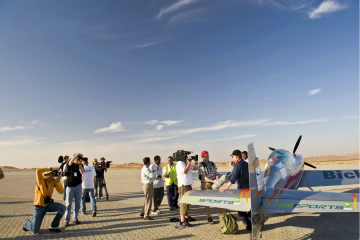 While Zaltman has watched surfing and NASCAR become multi-billion dollar industries, he has continued working to position air sports for a similar explosion. He compares the pool of sponsors that he is courting to a Venn diagram, hoping to cull brands from the X-Games and those from Formula 1 into his sector at the intersection of extreme sport and traditional motorsports.

Although there are growing media and sponsorship options for Aero-GP, the series has hit some obstacles. While visitors to his and similar air races hover at around 100,000 per event–more than any other type of spectator sport in North America or Europe, besides football and futbol, respectively–broadcasting the races has been difficult.

Conventional film technology simply cannot convey the sensation of winged machinery twirling overhead or the rigor with which pilots combat, especially when there are three aircrafts sharing the sky. Wide angle cameras remove viewers from the action and strip away the human factor. On top of that, half of the action is encased in the cockpit.

This doesn’t seem to be an issue with sports like Formula 1, Aero-GP’s best land-based analogue, but air-based motor sports at the level that Zaltman seeks make things a bit more difficult. He doesn’t want to just showcase talent or hock consumer goods, like his competitor Red Bull might in its $12 million air racing series, and he seeks only the most elite pilots–so much so that entrants are not only judged by qualifying races or their resumes, but must be approved by fellow competitors as well.

Self-selection ensures that the fraternity of pilots that Zaltman has assembled have the strength to withstand up to 10 times the force of gravity, which can make their heads weigh as much as 40 pounds during the most rigorous stunts, and skills to maneuver under that pressure.

Breaking conventions and lack of media coverage make money harder to come by for Aero-GP. This prevents the critical mass of audience necessary for further media promotion, requiring athletes to keep their day jobs.

There are more patches of turbulence for Aero-GP. The sheer cost of becoming a pilot at the levels of Mark Jefferies or his UK-based colleague Andy Bickmore is one. Both men are now sponsored–Bickmore by Q Associates Ltd. (a computer systems company) and Jefferies by Abarth (an Italian race car maker)–and have flown for Aero-GP in the past.

Neither pilot is military-trained, and both picked up flying through friends or family as youngsters. Both admit that between lessons, equipment, storage, and fuel, becoming safe, elite competitors when not on the government or sponsors’ dime is pricy, creating an exclusive culture not unlike that of yachting. 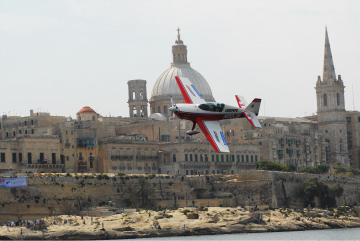 While he has never had a life-threatening experience in competition, Jefferies maintains that the perceived risks and their associated expenses have created a barrier to larger sponsorships for the events. Jefferies believes that Red Bull’s emphasis on a global team of young pilots “with good skills but not high levels of experience” stained its events in the aviation community’s eyes and gave a perception to outside sponsors that air races were unnecessary liabilities. 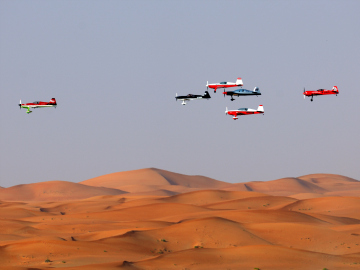 Of course, this conflict, according to Jefferies, puts Aero-GP in a strong position to fill the void left by Red Bull. “Jeff has the core of experienced pilots, making his event less risky, he said.” However, not even Aero-GP is immune: during the 2006 race in Malta, an Extra-300 and a Yak-55 collided during an event, leaving one pilot dead and the other with minor injuries.

None of this is to say that Aero-GP will remain on the athletic fringe or that air sports will never have their Shaun White. According to Zaltman, Flying Aces company is on its way to solving the obstacles. Advances in digital technology have largely alleviated the first, and the last hasn’t affected the number of potential venues for the race. The bidding for Aero-GP’s next event just closed; the company is standing at a crossroads of sorts. 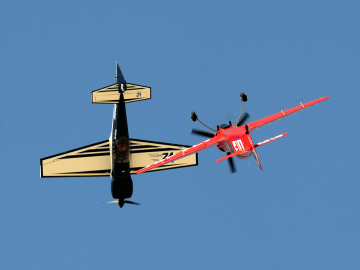 Unlike past annual events, Zaltman hopes to expand Aero-GP into a series of competitions that culminate in a Grand Prix, which he believes will develop the audience and increase revenues. By helping to develop air sports, Zaltman hopes his decisions will help to energize professional sports as a whole.

Find out how to play hard in Big Sky country at Matador Nights.