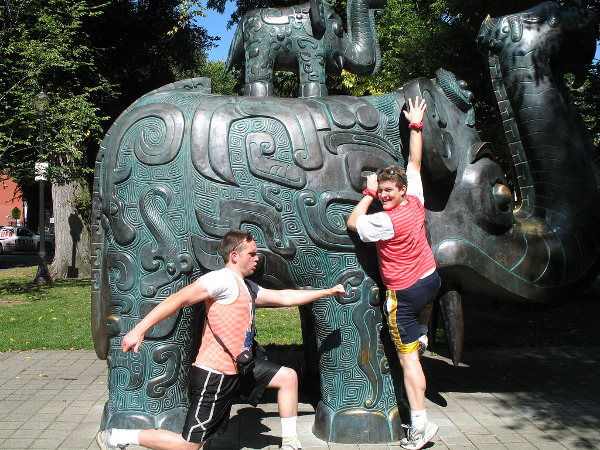 MAKE YOUR WAY to Dale Grande’s famous tattoo parlor in Chicago and take a picture outside the shop after applying a GUR tattoo to your face. Navigate your way to the tattoo parlor by using public transportation, walking, or waddling. No taxis allowed. 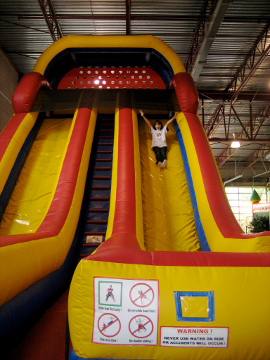 Known as GUR to race enthusiasts, The Great Urban Race is a wacky, fun-spirted competition that sends participants running around a city to perform unusual tasks. The race headed to Seattle last weekend, it’s latest stop on a 23-city qualifying tour.

At the beginning of each race, participants get clue sheets to lead them through a set of challenges. Some challenges are mentally stimulating, like the Braille Challenge in Boston. Others are physical, like taking a picture while jumping around the Underground sign.

Each two-person team must wear matching outfits. Costumes are highly encouraged, and the best receive prizes at the finish line. But racers would be wise to choose their teammates wisely. Each teammate brings a different skill set to the adventure as Kristina Pinto of Marathon Mama realized while racing in Boston.

“Dan and I were a good pairing.”, she wrote, “Like toothpaste and orange juice.”.

Racers decide to participate for a variety of reasons. Amy Grybush decided the Great Urban Race was perfectly suited for “an adventurous afternoon of laughs with Mom”.

“We were pleasantly surprised at the size and the diversity of the group of participants,” she wrote on her blog. “At just a smidge over 60, my mom kept saying she was the oldest one there, but I really don’t think so!”

Truly competitive teams race with elaborate communication systems. Because teams are allowed to use GPS, cell phones, and external maps to help guide them to clues to clues, many form alliances.

Some teams have expressed concerns about unfair advantages, but in my experience, this type of collaboration has always been a great way to foster friendly competition. 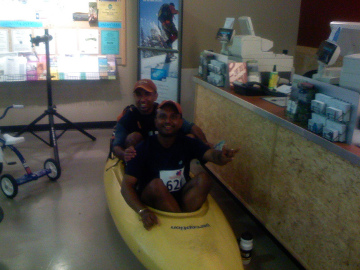 Though they are not required to eat anything disgusting, racers do get clues that lead them to some of the cities’ trademark foods, like deep dish pizza in Chicago or Hey Cupcake! in Austin. In Toronto, teams were only asked to pose in front of the Bread and Circus bakery.

Teams can qualify for the championship in Las Vegas this November and a chance at the $10,000 prize by placing in the top 25 at any qualifying race. The best fundraisers at each race also advance.

After having several friends compete in Austin and Chicago, I’ve formed a team and will be racing in Dallas on October 2. We’ve yet to decide on a crazy costume,
but you won’t be disappointed. If you have any ideas, please leave a comment. The zanier, the better!