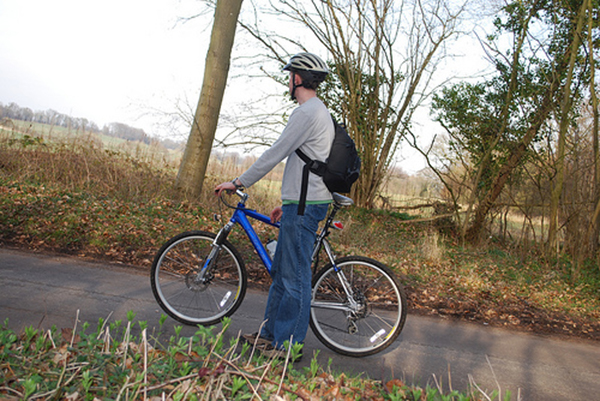 Here’s one way to combine your daily dose of exercise with a history lesson.

IN THE EARLY 1800s, tens of thousands of slaves made their way from the southern part of the United States up north into Canada via the Underground Railroad. This vast network of people, homes, businesses and passageways allowed slaves to slip from shackles into shadows and finally into freedom.

Much of the route still exists today, though parts are paved and some of the buildings have been destroyed. Like anything that served an important role in history, it stands the chance of being lost altogether. Luckily the Adventure Cycling Association had this in mind when it put together the 2,000-mile path now known as the Underground Railroad Bicycle Route, which follows the rough network that the slaves used from Mobile, Alabama, to Owen Sound, Ontario.

If you’re not up for putting in the time or stamina needed to complete the entire route, there are also several day trips that are accessible along the pathway.

To make this a history lesson on two wheels, there are numerous places along the route where people can stop to learn about the slave trade and the intricacies of the Underground Railroad, including churches, museums, battlefields and homes.

The Adventure Cycling Association has put together a four-segment series on the creation of the Underground Railroad Bicycle Route on its YouTube channel, which has received several thousand views, and has sold more than 4,500 maps of the route since they were released in 2007. Hopefully the positive reception of the trail thus far is a sign this American artifact will not be forgotten any time soon.

Looking for another bike trail to test your skills? Here are 10 long-distance bicycle routes across the United States (including the Underground Railroad Bicycle Route) that are worth checking out.

For the perfect day of hiking and Colombian coffee, head to Jardín Why Dhiffushi is the Maldives destination to visit on a tight budget Alaska is the sustainable fishing model the world needs How one wildlife photographer captured this award-winning shot Skip the Strip to enjoy all the nature Las Vegas has to offer