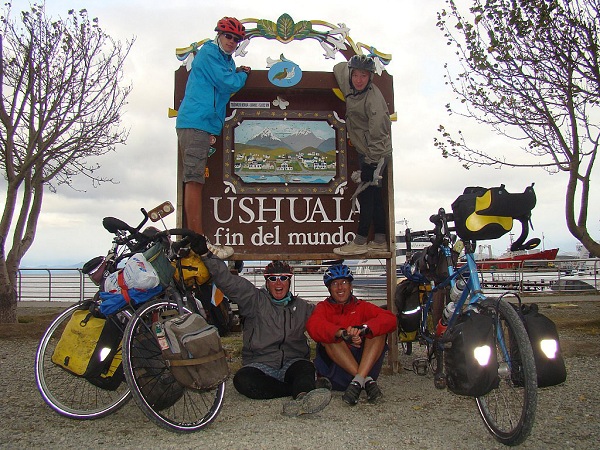 Jeff Bartlett interviews Davy and Daryl Vogel, the youngest cyclists to bike the length of the Americas.

Unlike most 13-year-old kids, Davy and Daryl Vogel haven’t been in a classroom since they were 10. Instead, the twins have been cycling the Pan-American Highway along with their parents, John and Nancy. It took the family on bikes two years, nine months, and 13 days to ride 28,000 km from Prudhoe Bay, Alaska, to Ushuaia, Argentina.

I first encountered the Vogel’s at my local supermarket in Fort St John, British Columbia. While the Alaska Highway News and Shaw TV were interviewing them, I just kept looking from bikes to family, wondering if they’d make it.

They did. Now, Guinness will officially recognize the boys as the youngest to have cycled the entire Pan-American Highway without support.

The day after their arrival in Ushuaia, I had the opportunity to ask the two young cyclists a few questions about their education, sibling rivalries, and new world record. Here is what they had to say:

Your arrival into Ushuaia marked the end of your three-year cycle tour. What were your first thoughts upon arrival?

Davy: We are finally here!

Daryl: I got to beat Davy to the sign. When we first saw the end of the world sign we had to walk the bikes over some curbs, but I jumped off the tandem and ran so I could get there first. 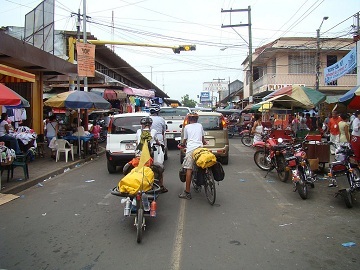 Argentina is huge, and it really tested your family’s attitudes. Long distances between towns, hot temperatures, limited water, illness, bad roads, and headwinds all slowed your journey. Was Argentina the hardest part of the entire trip?

Daryl: No. It was pretty hard though. In Argentina we, for the first time, had to carry extra water. Once we even ran out. Also, Mommy got pneumonia here, so it was the country where we got the sickest.

When you look back at this journey in five years, what single aspect do you think will stand out as the most important?

Daryl: The world record. It stopped us from accepting a lot of offers to ride up a hill in a car.

Most 13-year olds are in seventh grade. If you two could speak to a typical classroom full of your peers, what would you say about their learning environment compared to your own?

For example: Magellan’s journey. Most kids in school have heard about it. Mom told me I have, but I forgot about it. Now I will remember it because I have been to the place where they spent the winter and gone into a replica of his boat. I have seen how incredibly small that boat was, to fit 50 people on board along with supplies. 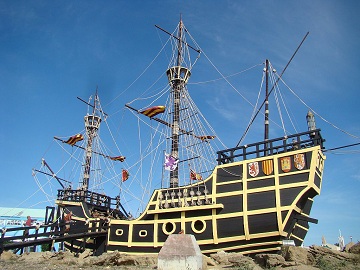 In terms of education, what have you learned about the world you’ve traveled through?

Daryl: That it’s big. There are a lot of countries and they take a long time to get through on a bike. I also learned that people are all the same and that it doesn’t matter which country they live in.

What advice would you give to parents who want undertake a similar trip with their kids?

Daryl: Do it. You really don’t need to have a chest full of toys and your own bed. All you need is a bed to sleep in, food to eat, and imagination.

Davy: Don’t be afraid to go and do it. The kids will learn from being there, and you won’t be mugged or attacked like everyone thinks you will.

In a little over a week, you will be home for the first time in three years. What will you miss most about life on the road?

Davy: Being with nature.

Do you think it will be easy to readjust to a normal lifestyle?

Davy: No. It will be hard to stay in one place for a long time. I am used to getting up and riding. Instead, it will be get up and go to school, do your homework, and play video games. I’m used to having something new every day, but it will be all the same for however long until we go on the next trip.

In what ways do you two compete against each other?

Davy: For the TV remote, our deal that every week that Daryl does not ride my bike I get half an hour on the internet, and a lot
more.

Describe teamwork and how it applies to you.

Daryl: Working together to pedal a tandem. I also translate Spanish so Davy can answer.

Daryl: Being in the Guinness World Records book.

Davy: I am a lot taller and I am also a better cyclist, and I think I now have more confidence.

Daryl: The best moment was either sand surfing in Peru (https://matadornetwork.com/pulse/matador-friday-photo-sandboarding-in-peru/) or River Hiking in Belize. The worst moment was when rain was falling in a slow drizzle and there was no escape from it. I was soaked. But now I’m not sure what country that was.

Daryl: One just a couple days ago where there were trees to climb, sticks to find, and dead trees to knock down.

Davy: The worst might be somewhere in Alaska with the mosquitoes. They were so annoying!

Davy: The longest was 146 km. The shortest I don’t know exactly, but we’ve had a lot of days that were less than 20 km.

Do you think you’ll do a similar journey in the future?

All pictures provided by Family On Bikes

Tagged
Cycling Interviews
What did you think of this story?
Meh
Good
Awesome