QUEBEC was certainly not the first place that came to mind when I thought about where to score some powder days last winter. But then I went and learned better.

In the middle of the Gaspé Peninsula in southeastern Quebec (think of it as sitting on top of the state of Maine) stand the Chic-Choc Mountains. There are no major lift operations here — the snow you’re looking for is all backcountry, which also means it’s all yours.

The images below are from a trip last February with fellow Matador Ambassadors Dylan Siggers and Sean Michael Williams. Reviewing these shots gets me fired up to go back for more. 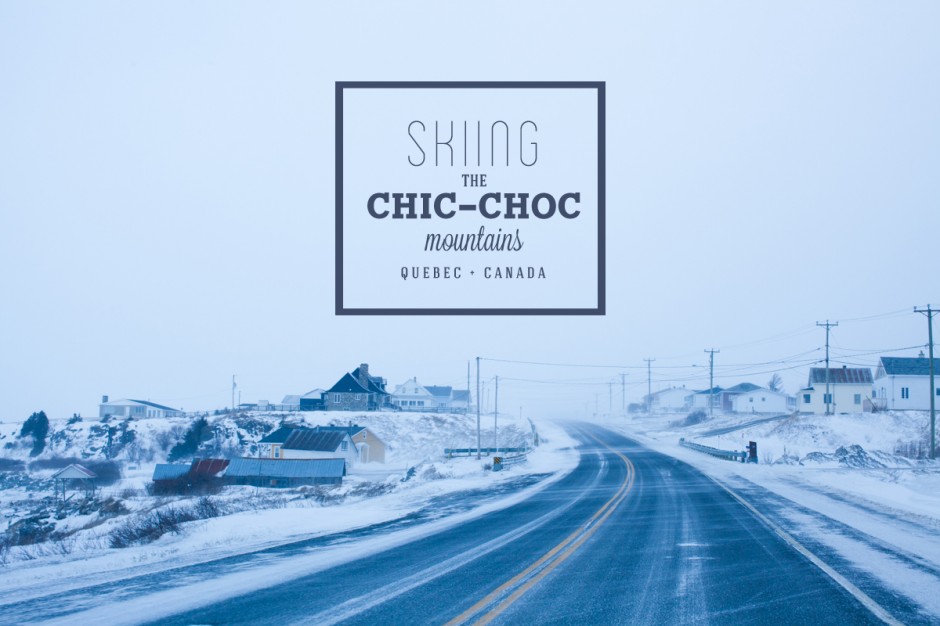 One thing is certain: Quebec is cold in February…but it’s gotta be cold to ski, right? 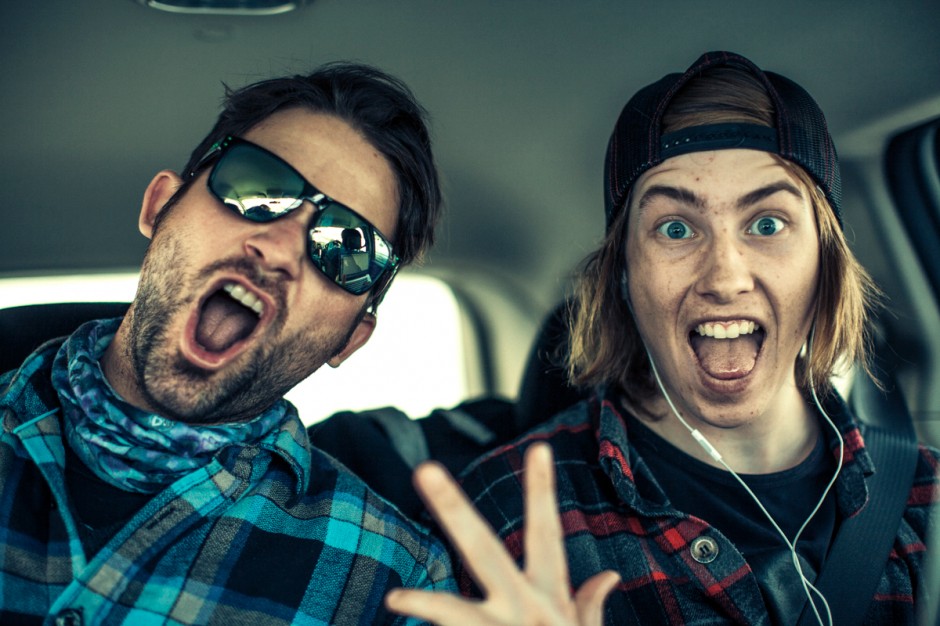 Our trip was gonna have some interesting moments—how could it not with characters like these two accompanying you? Matador Ambassadors Sean Michael Williams (left) and Dylan Siggers, stoked to be making our way to the Chic-Chocs. 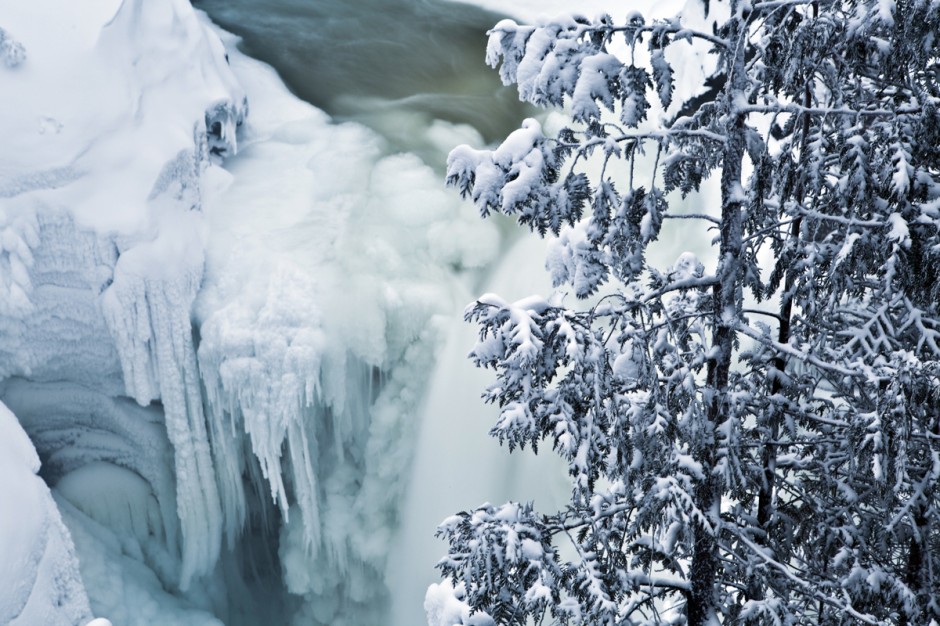 A small section of unfrozen river carves its way through the Chic-Chocs.

Snowshoeing is the best way to get around when there’s this much snow on the ground—not to mention a beautiful way to see the surrounding area, and a great workout. 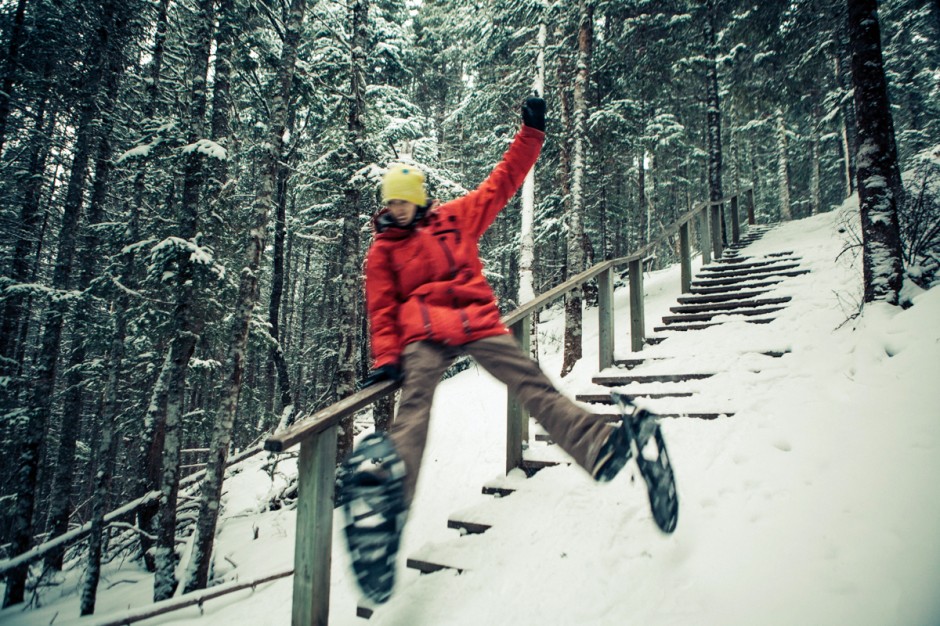 Or you can take Dylan’s approach and grind your way down. 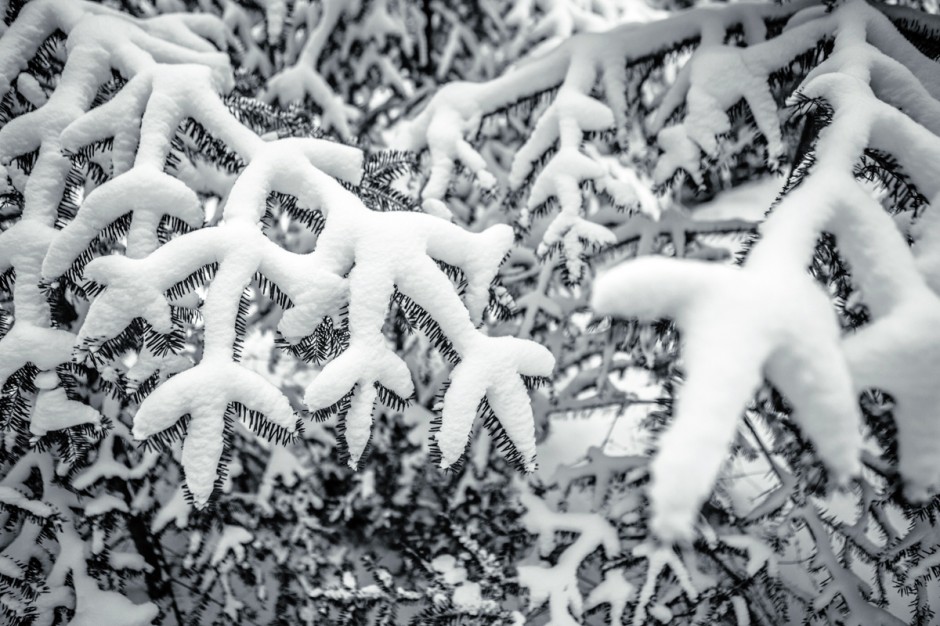 After a few hours trekking on snowshoes in -20 degree weather, you are definitely deserving of a brew. If you’re in Quebec, you should be drinking the local Boréale—definitely my beer of choice on this trip. 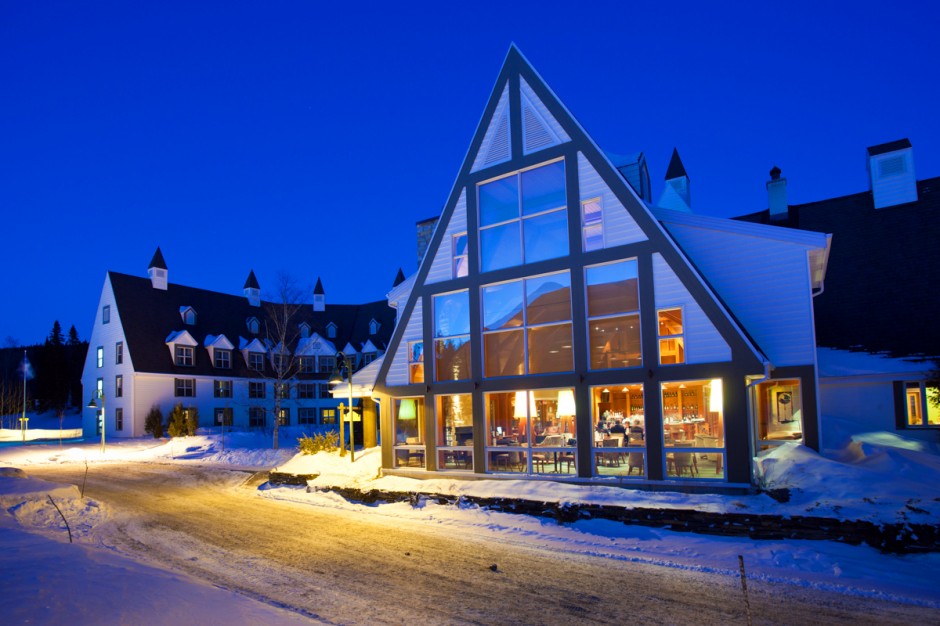 This is the Auberge Gîte du Mont-Albert, not a bad place to rest your head at night. The meals we ate during our stay here were unreal—they would last hours. Pure gluttony.

Touring, or cross-country skiing, is another popular activity in the Chic-Chocs. 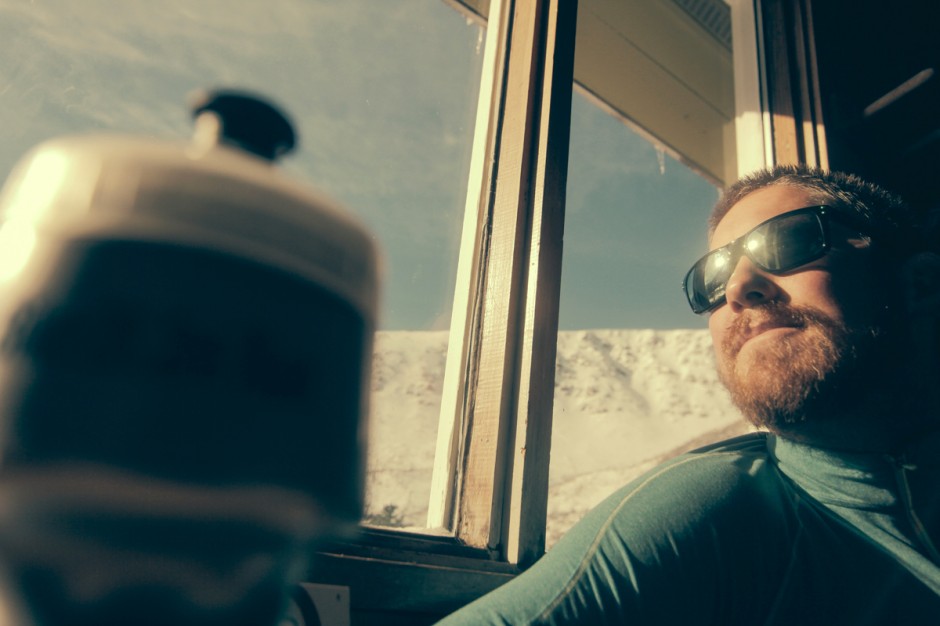 Yours truly taking a breather after a long day of touring. 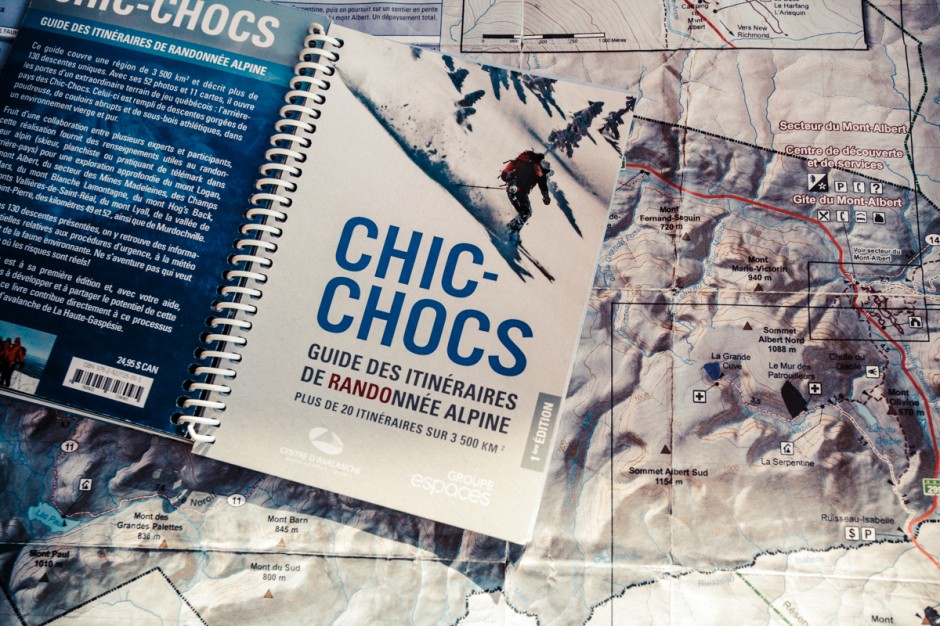 And then it was time to plan some downhill. 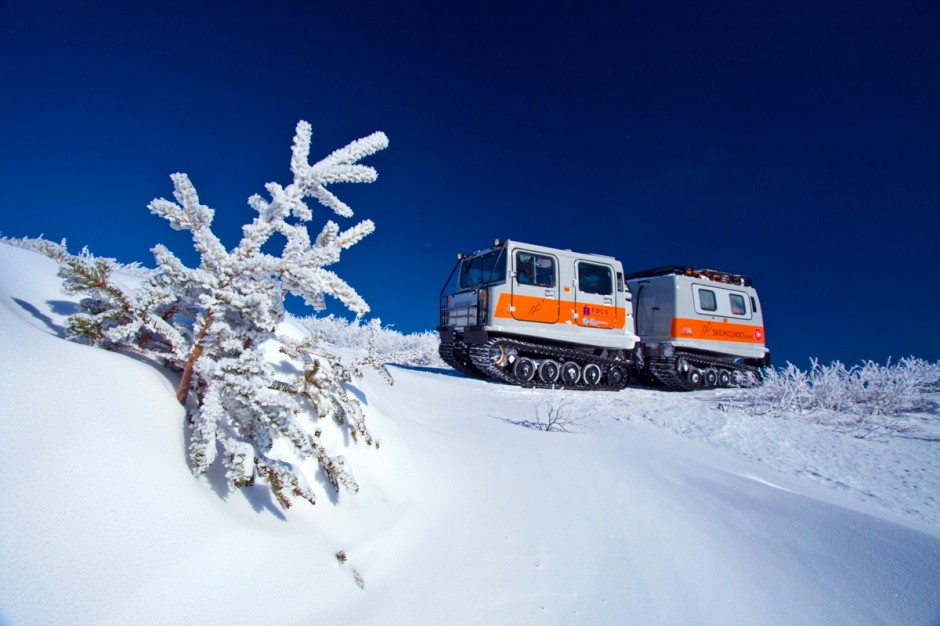 The Ski Chic-Chocs Catski looks like it’s right out of a video game. You jump in these little pods with tank treads and off you go. This bad boy owns every mountain it touches. 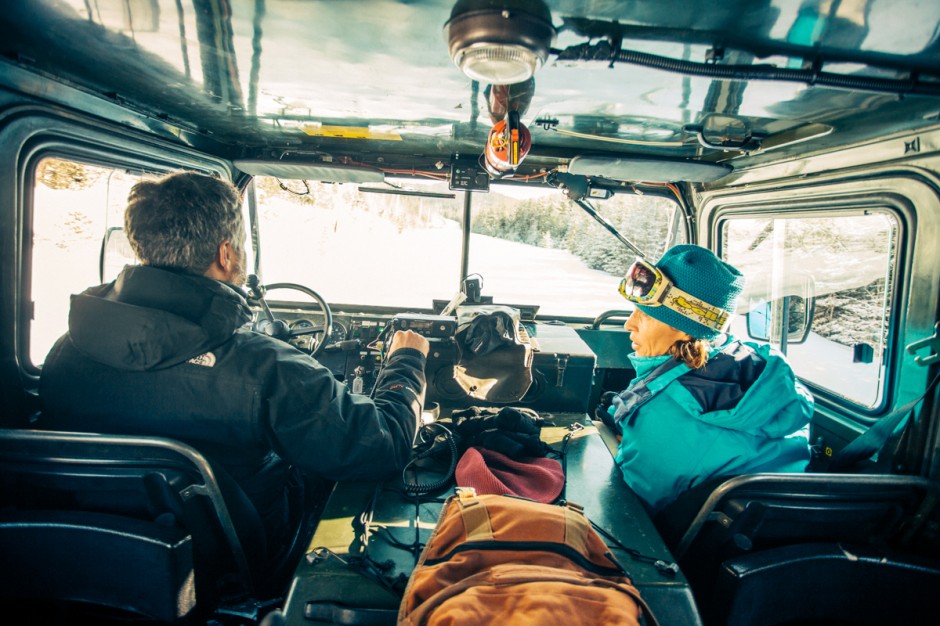 Interior view of the Catski

No lack of snow, that’s for sure. 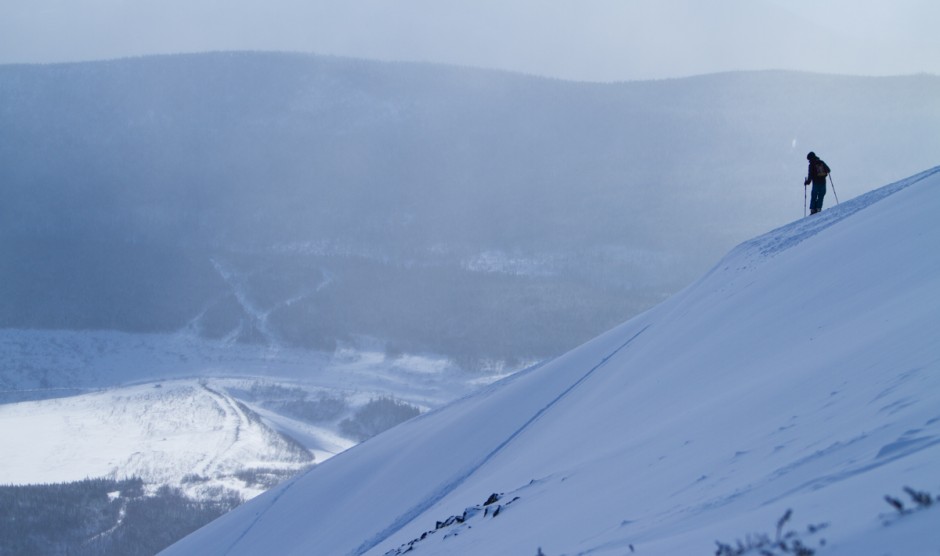 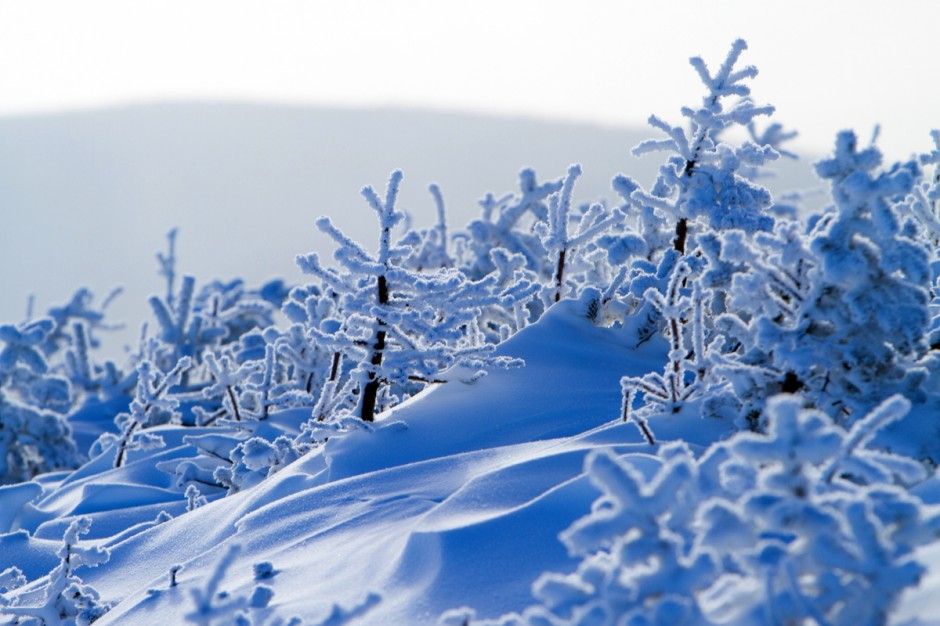 It’s cold as hell up at the top of the runs. The day we were there, wind chills were touching -40. 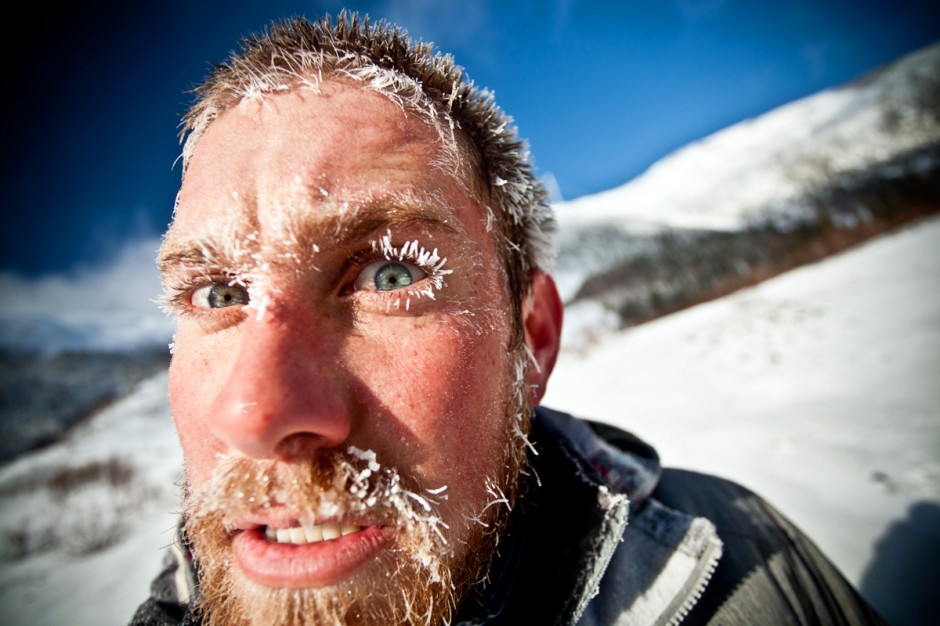 And this is what happens when it's that cold and you don't wear proper facial protection. One run down the mountain and I learned the hard way to never forget to cover up. Before you start thinking how big of an idiot I am—I actually was wearing appropriate gear but had some…technical difficulties…on one run, which led to this. 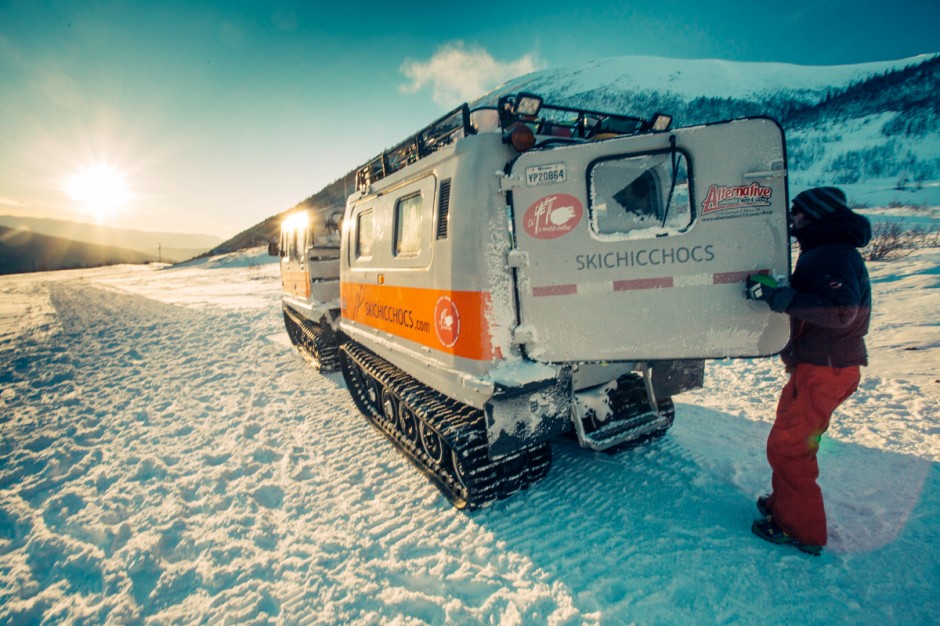 Packing up after a badass day skiing the Chic-Chocs. 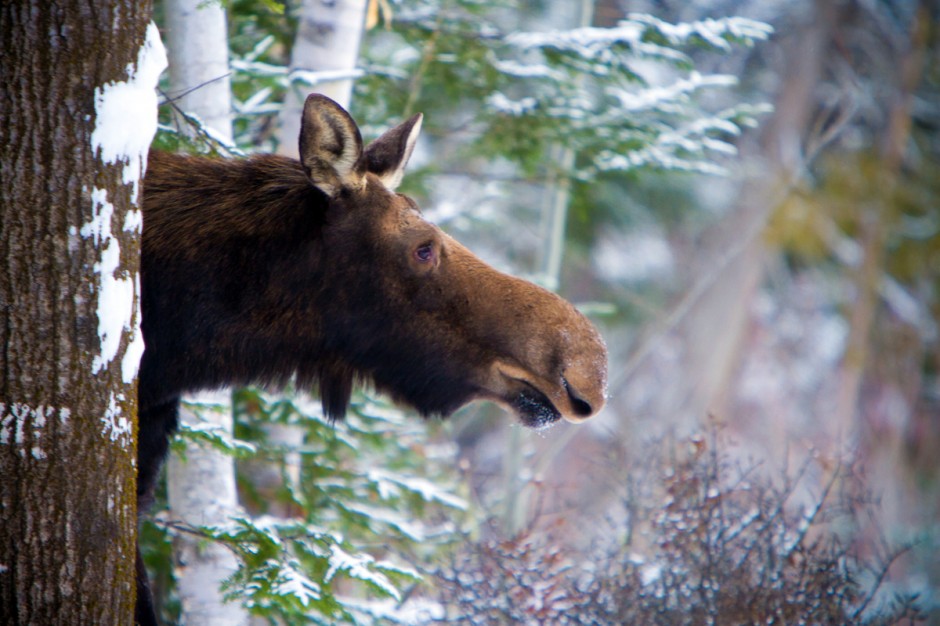 We were lucky enough to bump into a few locals too. 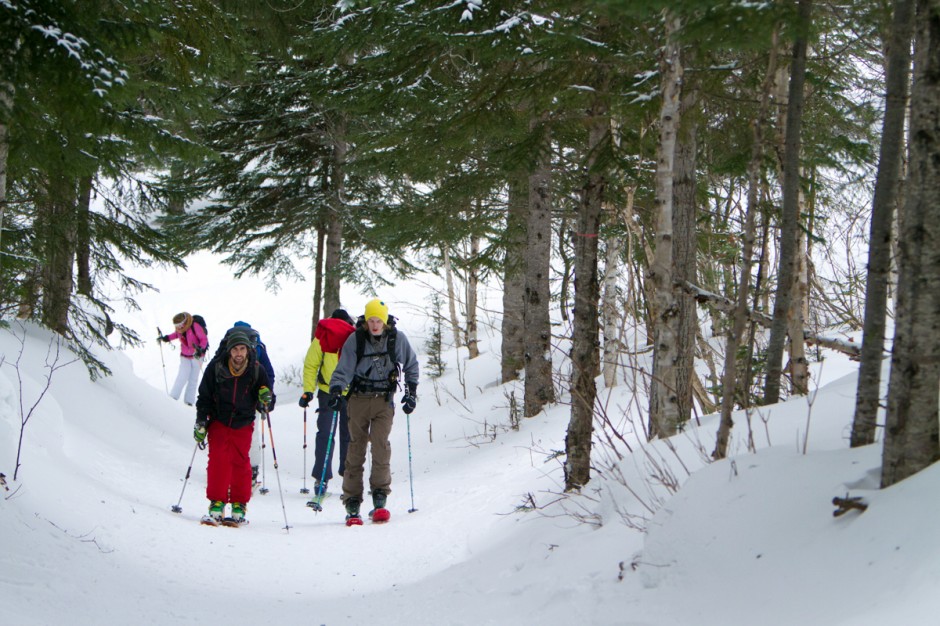 When you don't have a Catski at your disposal, it's time to slap on the skins. These adhesive strips on the bottom of your skis / splitboard provide traction so you can cross-country ski to the top of the mountain, remove the skins, and make your way back down.

Dylan on his way up...and then back down. 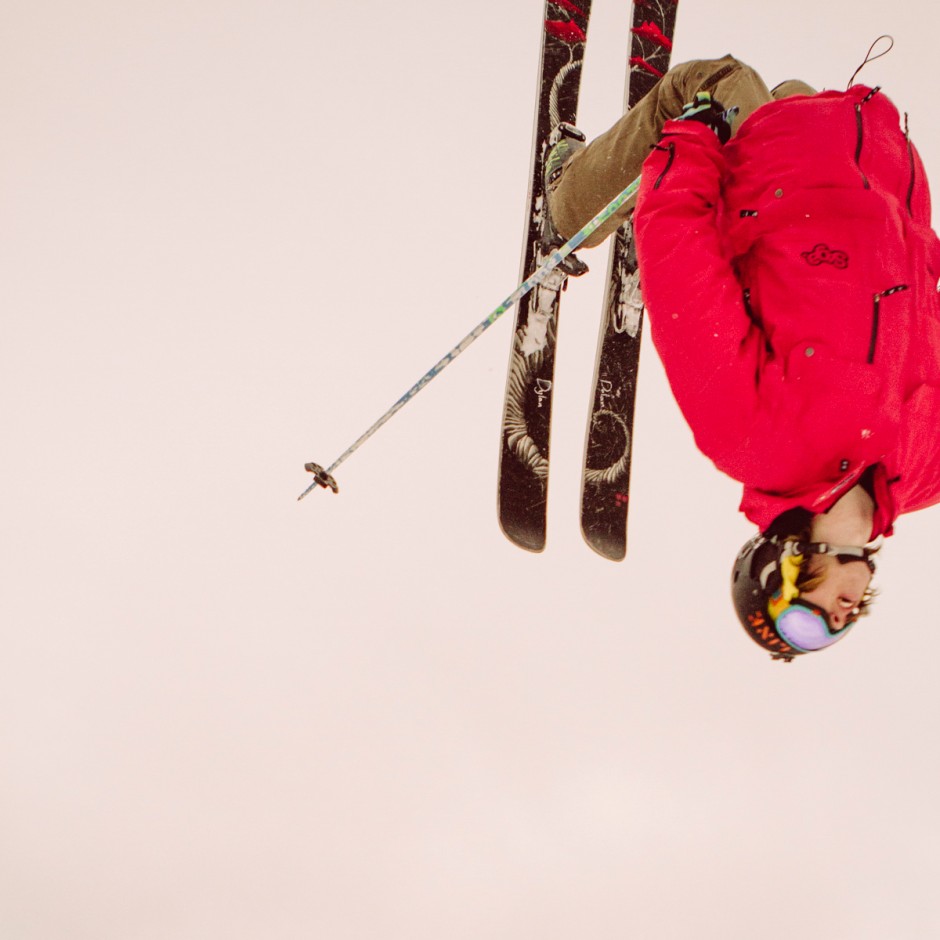 Definitely enjoying his way down much more than the way up.

The road to Chic-Chocs Mountain Lodge

We also had the chance to stay at the remote Chic-Chocs Mountain Lodge. It's a beautiful property that can be rather difficult to reach. Your average truck isn't going to make it...which is when these beasts get called in. 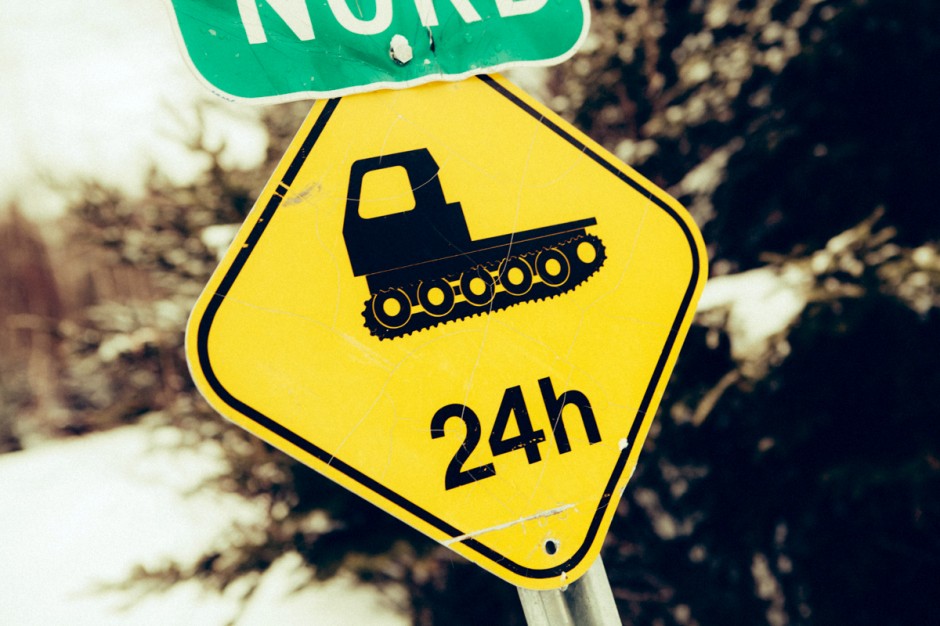 Or one of these

The lodge offers a huge variety of wintertime activities for guests.

Again though, in the backcountry, you have to work for it. 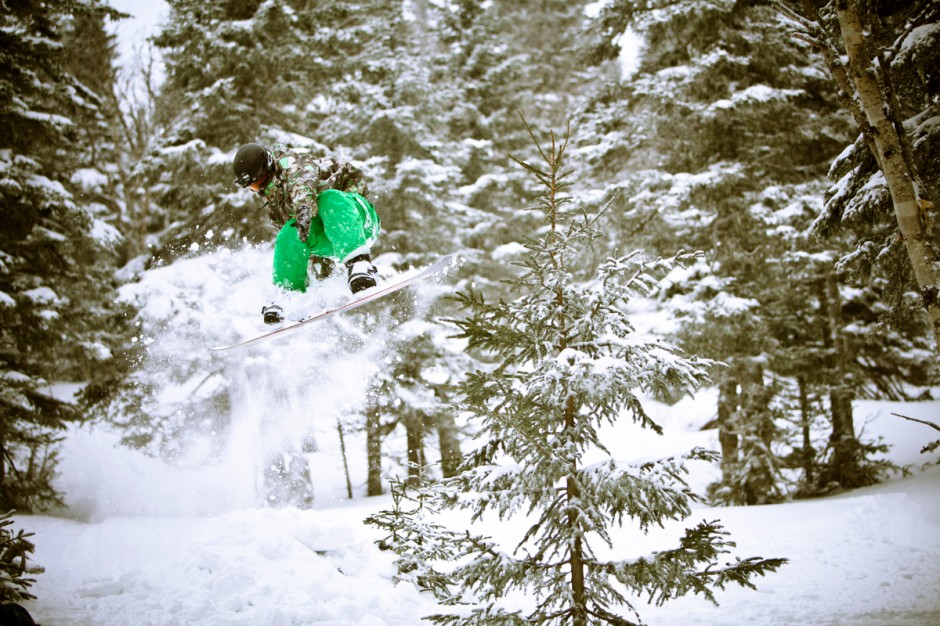 Sean taking to the air on the way down the mountain. 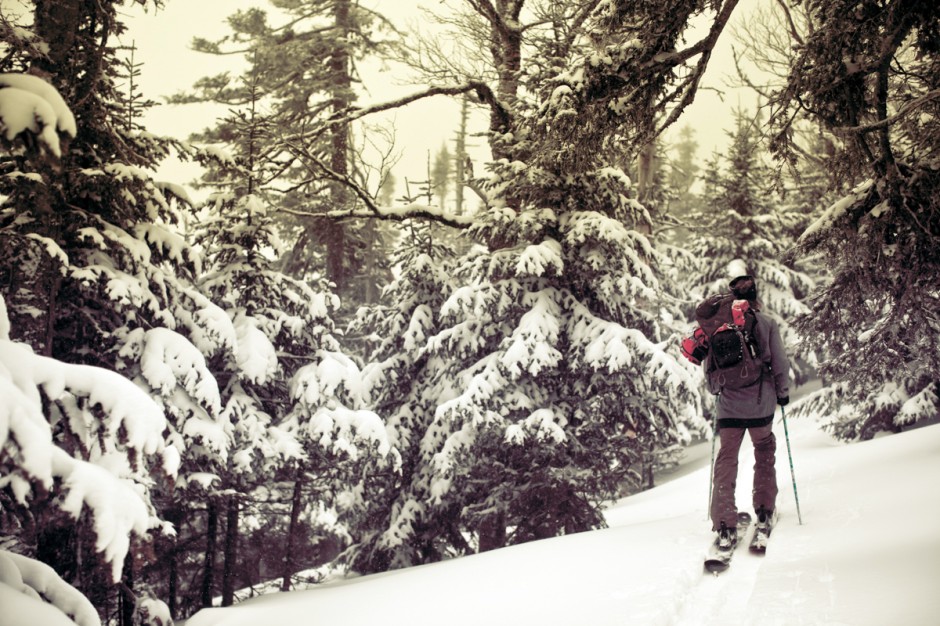 And the cycle continues. You get the blood flowing again as you make your way back to the top of the trail. 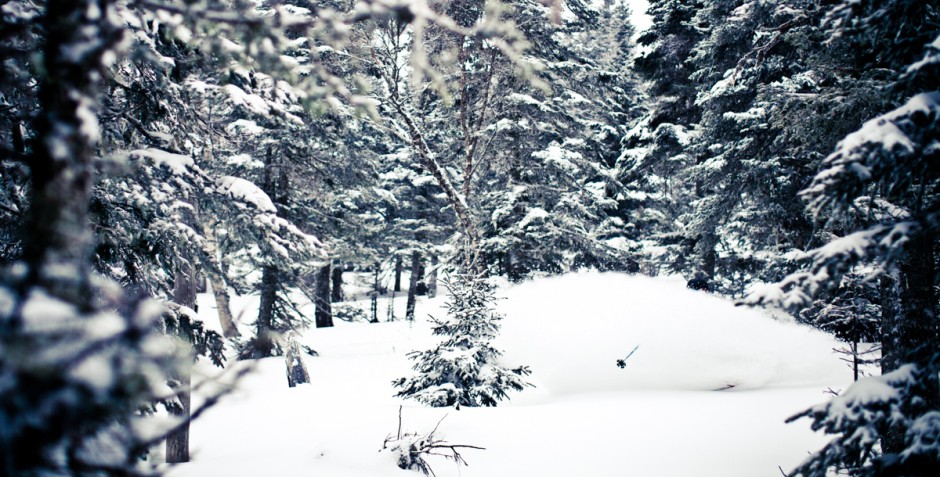 Can you spot the skier? Powder for days.

We didn't want this one to end. 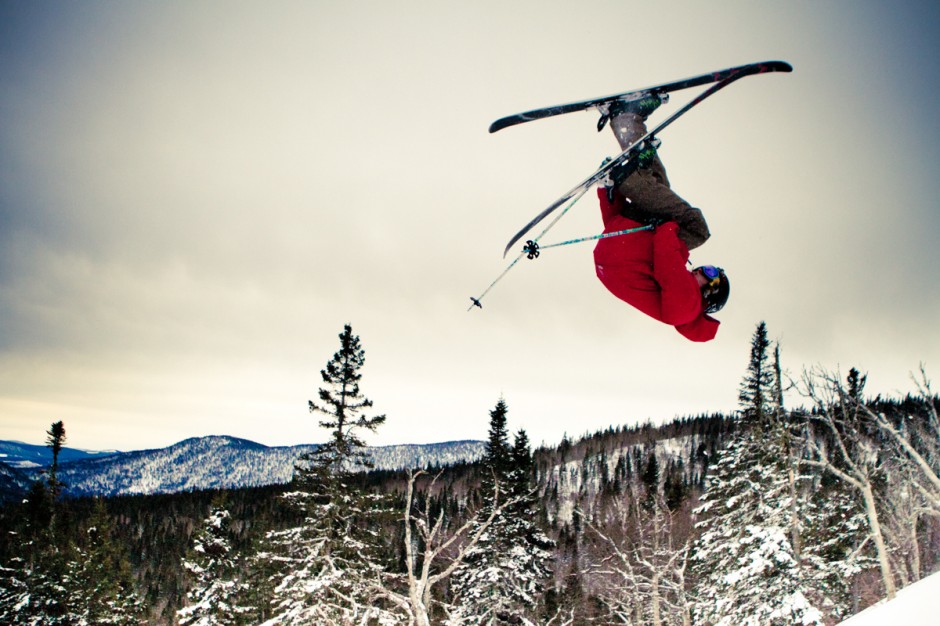 How can you not when you’re in a winter wonderland like the Chic-Chocs? Magalie, showing us how it’s done.

Dylan showing us the correct way to get a tree facial. He redeemed himself on the next run, but we all learned the proper way to gracefully eat it. 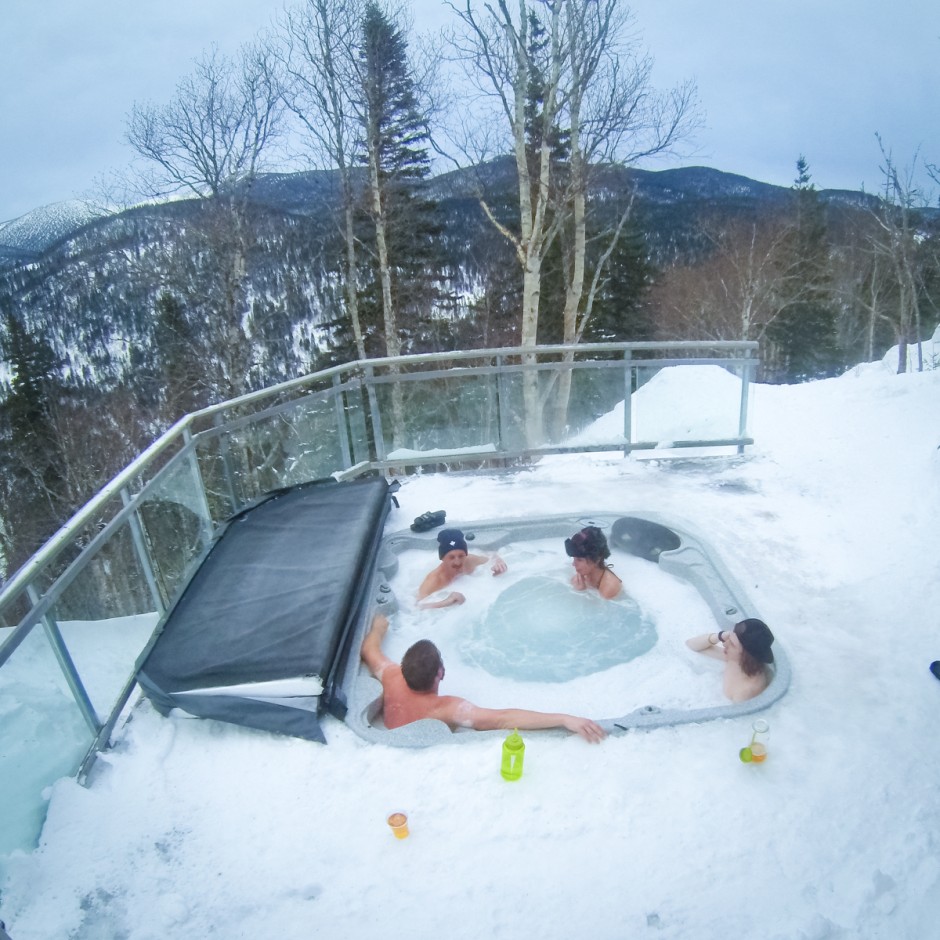 A long day up and down the mountain calls for some downtime in the Jacuzzi with a beer. Not a bad way to end an epic trip to the Chic-Choc Mountains of Quebec.

This post is proudly produced in partnership with Tourism Quebec.
Tagged
Ski & Snow Quebec, Canada Quebec: Winter vs. Summer
What did you think of this story?
Meh
Good
Awesome
✖
travelstoke
Download the mobile app
stoked by