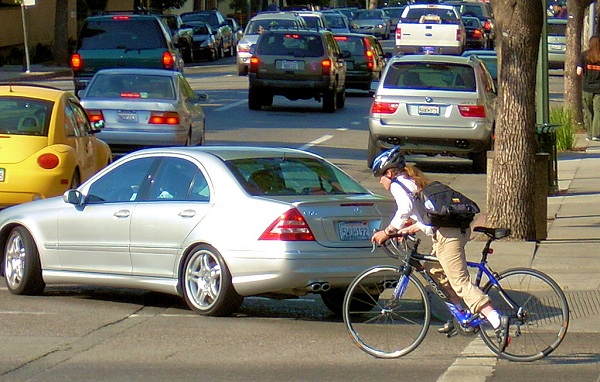 Why do I get up early to risk death by motorist? Beer.

THE ONLY THING STANDING between me and the glorious amber is me precariously balanced on a bicycle with wheels not much thicker than my finger. Leaving the mountain bike lonely in the garage, I head out for road bike events like Shiner G.A.S.P. and Real Ale Ride.

Beer is my reward. I compiled this list of road biking resources to help you get to yours. 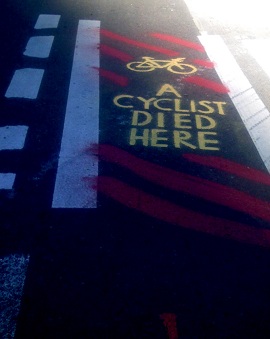 Cycling in a Community

I read Bicycling magazine for the community stories like When the Cop Says Stop. The article recounts an unfortunate incident in Ohio where police and cyclist clashed over traffic laws, escalating to an arrest and lawsuits. For people diagnosed with ADHD, Bicyling recently covered the story of a boy who used cycling to get off Ritalin.

I started following Family on Bikes when Matador’s Editors named them in the 23 most relevant travel twitters. I kept following them because Nancy is an inspiring mother, cyclist, and wife. Their twitter updates chronicle the family’s 2 and half year bicycling trip along the Pan-American Highway as I cheer them from the sidelines. They’re included in this list because they’re great resources for how to roadschool kids while traveling, like this amazing map showing lessons they’ve learned along the way. The twin boys Davy and Daryl are cycling toward an entry in the Guinness Book of World Records as the youngest people to bike the length of the Americas.

Transport for London’s goal to increase cycling by 400 percent by 2025 is outlined in several new and planned bicycle Superhighways. If I ever move back to London, I would highly reconsider my aversion to commuting by bike.

Map My Ride is a fitness-oriented social network allowing cyclists to map routes and journal workouts. Although membership is free, you’ll be bombarded with annoying ads until you sign up for a paid membership, which also includes printed maps, support, and fitness reports. MapMyRide has solid support for smartphone apps and widgets to post your rides and routes to external websites. 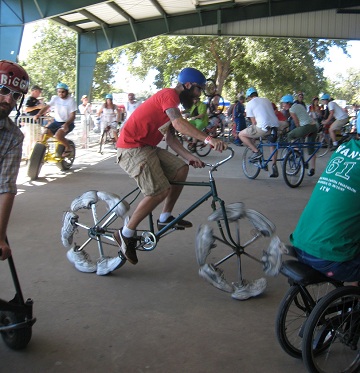 To find a route that’s mostly safe from cars, I use the Hot R Not, a bike pictorial.

Living in Austin, Austin Cyclist offers a Defensive Cycling Course. Originally intended for cycling ticket dismissal, the course also provides education on bike laws and tips on sharing the roadway with motorists. Although a first in Texas, the League of American Bicylists conducts cyclist education courses in the United States.

Crazy Guy on a Bike is a place where users journal their journeys on two wheels. Clicking the Serendipity link led me to this hilarious recount of cross country cycling.

Know your rights: check out our cyclists’ guide to elections.