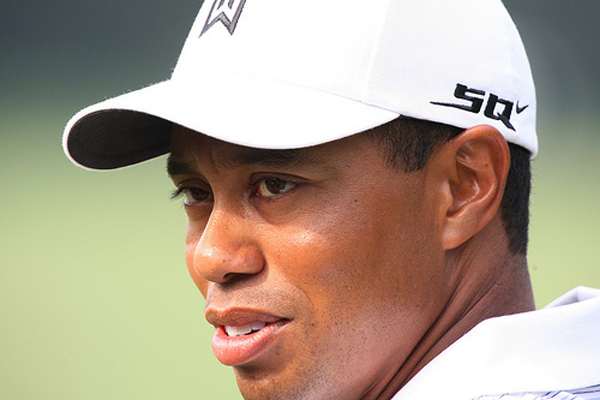 Tiger Woods may have cheated on his wife. So now what?

Unless you’ve been living under a rock for the last week or so, you’ve undoubtedly heard that Tiger Woods was in a car accident early Friday morning, November 27, that left him a bit cut up and put his reputation as a model husband on the line.

Though he hasn’t come right out and admitted to having an affair, there were rumors circulating a few days prior to the accident that Woods was cheating on his wife, Elin Nordegren, a former model.

There is speculation that Woods and his wife were arguing shortly before the accident, which is why he left his Florida mansion in such a hurry. After being released from the hospital, Woods issued a statement on his website that said:

I have let my family down and I regret those transgressions with all of my heart. I have not been true to my values and the behavior my family deserves. I am not without faults and I am far short of perfect. I am dealing with my behavior and personal failings behind closed doors with my family.

He goes on to say:

I will strive to be a better person and the husband and father that my family deserves. For all of those who have supported me over the years, I offer my profound apology.

Is this a confession of committing adultery?

Perhaps, more importantly, why do we care?

Woods’ professional bio is next to perfect: winner of 93 tournaments, 71 of which were on the PGA tour; first ever to hold all four professional major golf championships at the same time (the Masters, U.S. Open, British Open and PGA Championship); career victories leader among active players on the PGA tour; and career money list leader.

Although some people say that Woods owes us no explanation for anything he does unless it’s related to golf, we, the public, love to get the down and dirty details on celebrities’ lives, and athletes are no exception. Woods, in particular, does an excellent job at keeping his private life in the shadows, and with a nearly spotless record on the golf course, maybe we’re even more drawn to the story because he does carry such a perfect persona.

If Woods cheated on his wife, he’s certainly not the first athlete to do so.

If Woods cheated on his wife, he’s certainly not the first athlete to do so. Kobe Bryant is notorious for his straying ways and Alex Rodriguez’s marriage was destroyed by “extramarital affairs and other marital misconduct.” Roger Clemens, Michael Jordan and Magic Johnson have also all been tied to alleged affairs.

So it would appear Woods is just another in a string of many male athletes who have been lured beyond the confines of their marriages. But what does this mean for his career? On Golf.com, some of the biggest names in sports commentary offered up their opinions on how the Woods scandal will play out on the course. For the most part, these people think all eyes will be on Woods during the next few tournaments, and that ratings could potentially soar. Endorsements from sponsors could waver and drop by the wayside, depending on how quickly this scandal passes.

But the big question is: Will Woods continue to play golf like the machine he is? And will his hardcore golf fans stick by his side?

Only time will tell.

Are you a Tiger Woods fan? Does the current scandal affect the way you feel about him as an athlete?

What did you think of this article?
Meh
Good
Awesome
Bookmark
Posted In
News
Destinations
Florida, United States