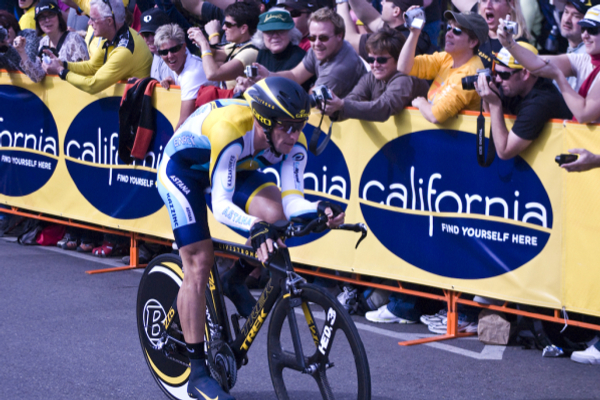 Other cyclists won’t be the only people following Lance Armstrong at this year’s Tour de France.

IF I WERE LANCE ARMSTRONG I can’t imagine why I would want any more publicity. Hordes of cycling fans already know Armstrong for winning the Tour de France a record 7 times and beating cancer in the process. Everyone else knows him and his LIVESTRONG foundation for changing American fashion with their wildly popular bracelets.

Nevertheless, as the 2009 Tour de France kicks off with time trials on Saturday, Lance Armstrong seems to be on a mission to become the world’s most wired athlete. This year, cycling fans will be able to watch Armstrong’s progress not only on TV, but via blog posts and Tweets from Armstrong as well.

While it’s mostly a garden-variety public relations blog, Lance Armstrong’s LIVESTRONG blog has its share of unusual features. Along with a stage-by-stage breakdown of the route, the blog has a dedicated Drug Testing Results
section, where LIVESTRONG has published the results of all of Armstrong’s drug tests since he announced his return to pro cycling. 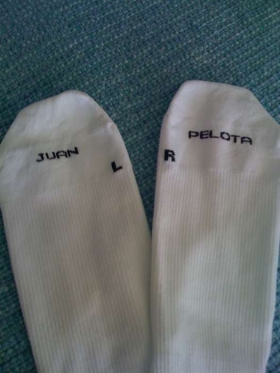 Armstrong’s Twitter is a lot more interesting. While other athletes‘ tweets may be more colorful, the 1 million+ users following Armstrong get some fairly entertaining updates. Recent subjects ranged from the routine (“At the official pre-race riders briefing for the TdF.”) to the Internet-weird (“My new socks. http://yfrog.com/44119j“)

Drug testing is a regular subject on Armstrong’s Twitter too. If the LIVESTRONG blog is where Lance shows us the results of his tests, Twitter is where we get to listen to him grumble about how often he has to take them. (“At UCI anti-doping blood control. This is # 34?” he tweeted on Thursday).

The Twitter fever may be spreading to the rest of the Armstrongs too: Lance’s month-old son, Max Armstrong, also has his own account.

Are athlete tweets the next big way to follow sports or an unnecessary distraction? Sound off in the comments below!