ON JANUARY 14, after 19 long days living on the vertical face of the Dawn Wall, the steepest and most technical route on the iconic El Capitan that had never been free climbed, Tommy Caldwell and Kevin Jorgeson reached the summit and were greeted by friends and family to celebrate. Matador Ambassador Chris Burkard was there to capture the historic summit push and the celebration that followed.

From Chris’s Instagram feed: “Much will be written about the Dawn Wall… But of this I am certain; it is a monumental feat of human accomplishment… and will always stand as a testament to the power and will of the human spirit. As I pack my bags up and prepare to descend El Capitan, I am blown away by the commitment of Tommy Caldwell and Kevin Jorgeson for working on this route for 7 years… and ultimately spending 19 days to reach the summit on what is indisputably the hardest big-wall climb in the world. Congrats guys!” 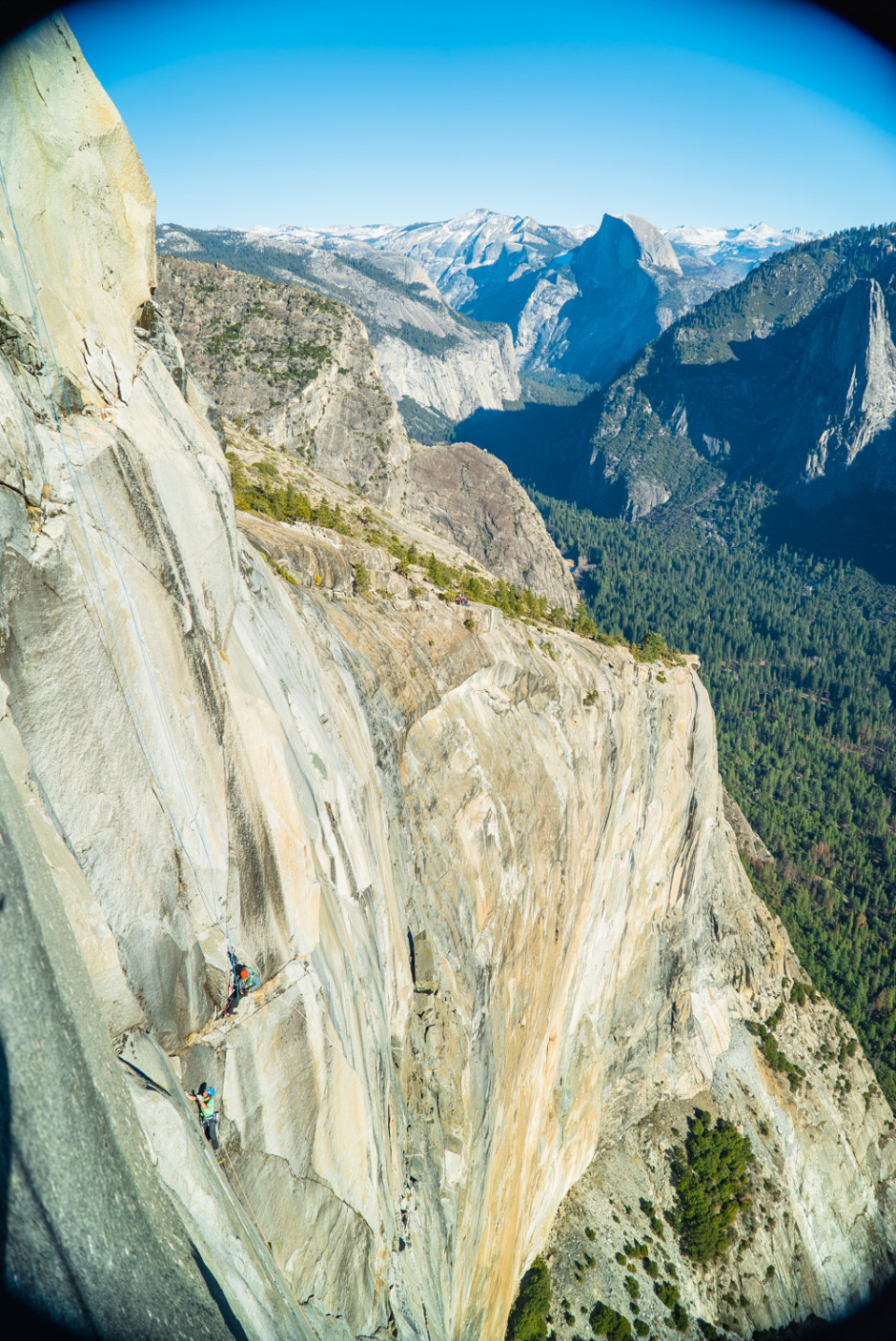 Big Up Productions filming Kevin Jorgeson on one of the final pitches of the Dawn Wall. 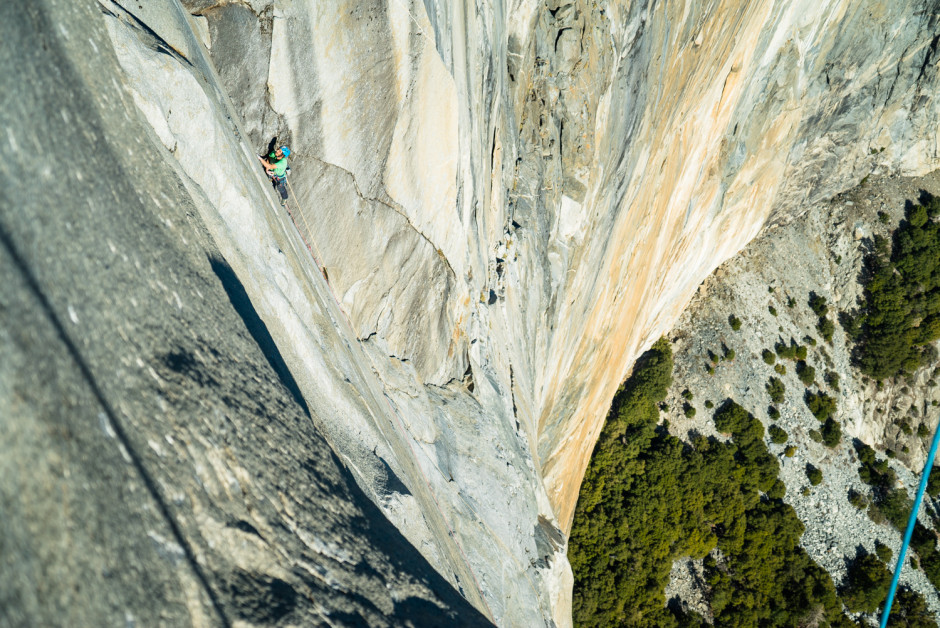 Kevin Jorgeson climbs one of the final pitches of the Dawn Wall in Yosemite National Park. 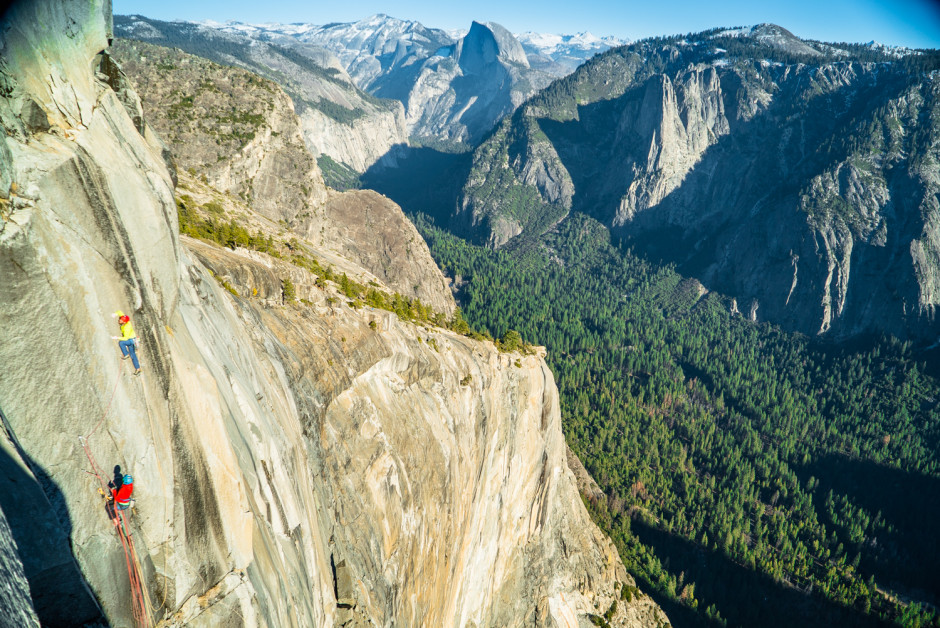 This is what it looks like hanging in space 3000 feet over the valley floor and shooting Tommy and Kevin climb the final pitch of the Dawn Wall. It was windless during the final pitches, and you could hear every hoot and holler from El Capitan meadow where a crowd had gathered. Some might call it the very best sports stadium in the world. Very few vantages in the valley give you this kind of perspective. 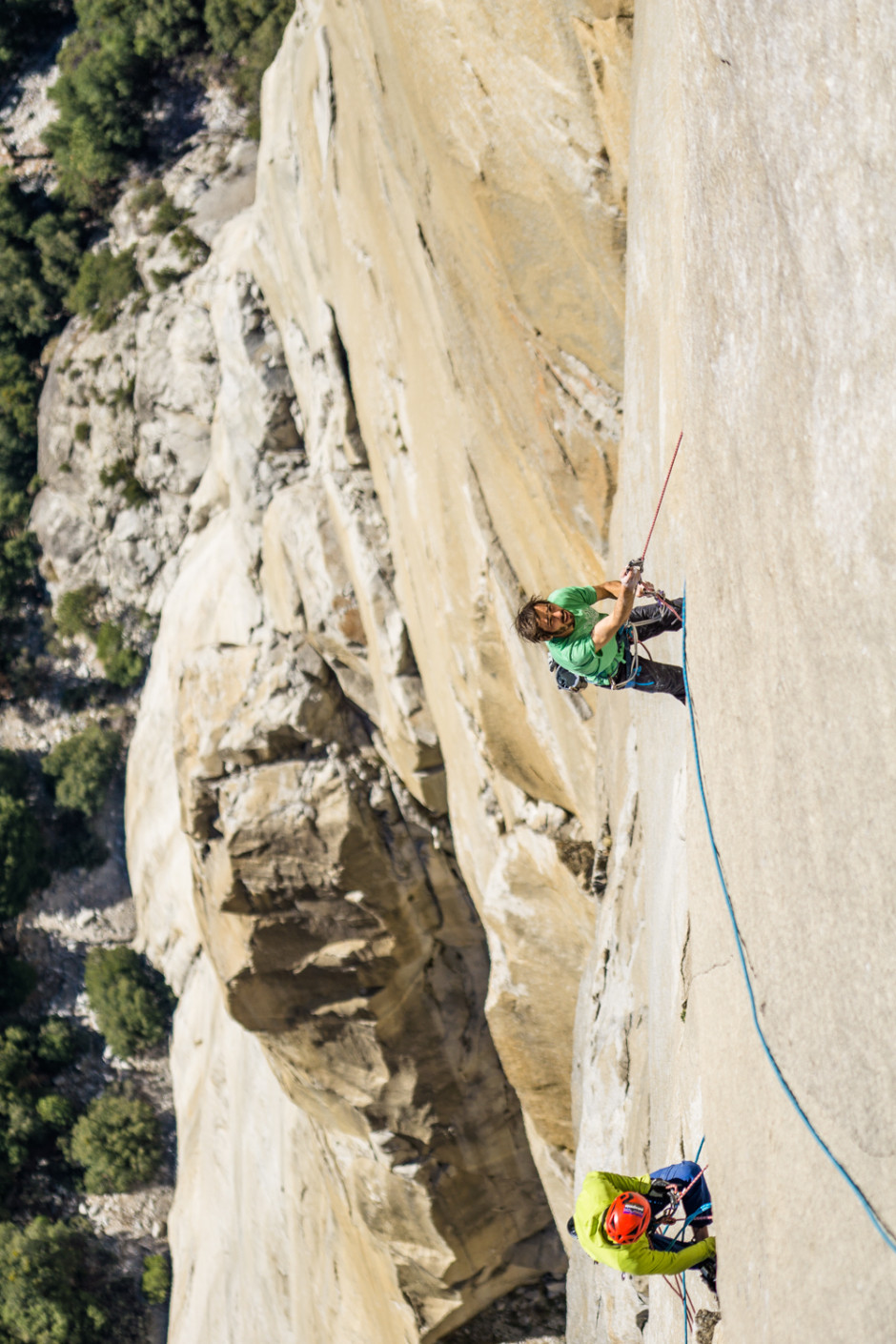 Kevin Jorgeson hauling their gear and getting ever closer to the summit. 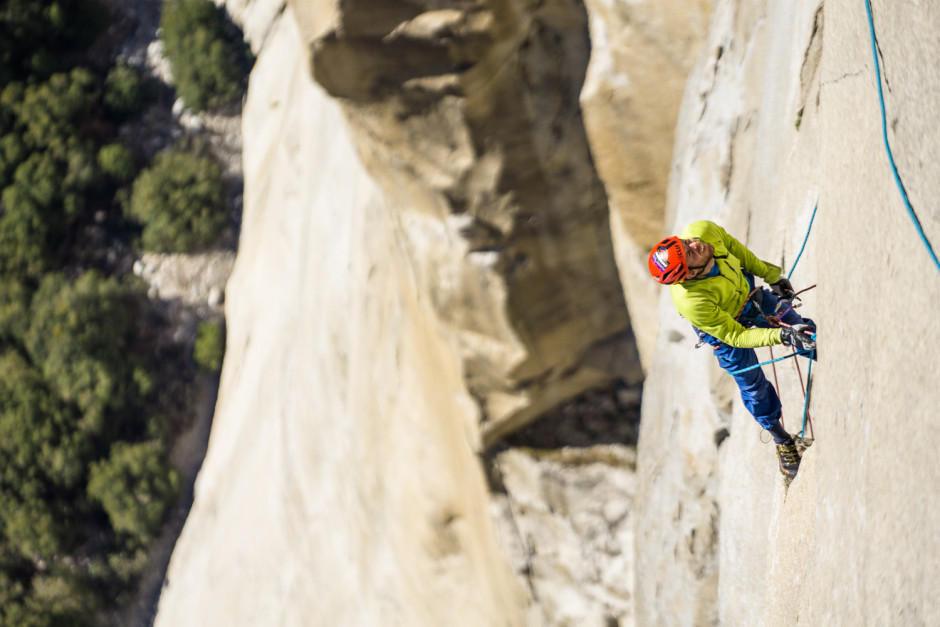 Tommy Caldwell belaying Kevin Jorgeson on one of the final pitches of the Dawn Wall. 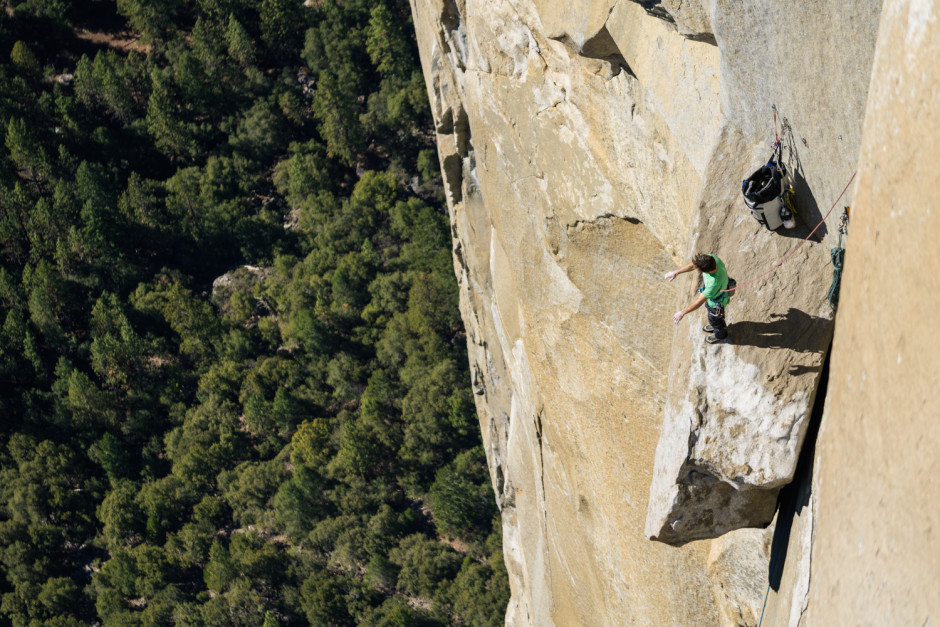 Kevin Jorgeson prepping his hands before his send of one of the last pitches. 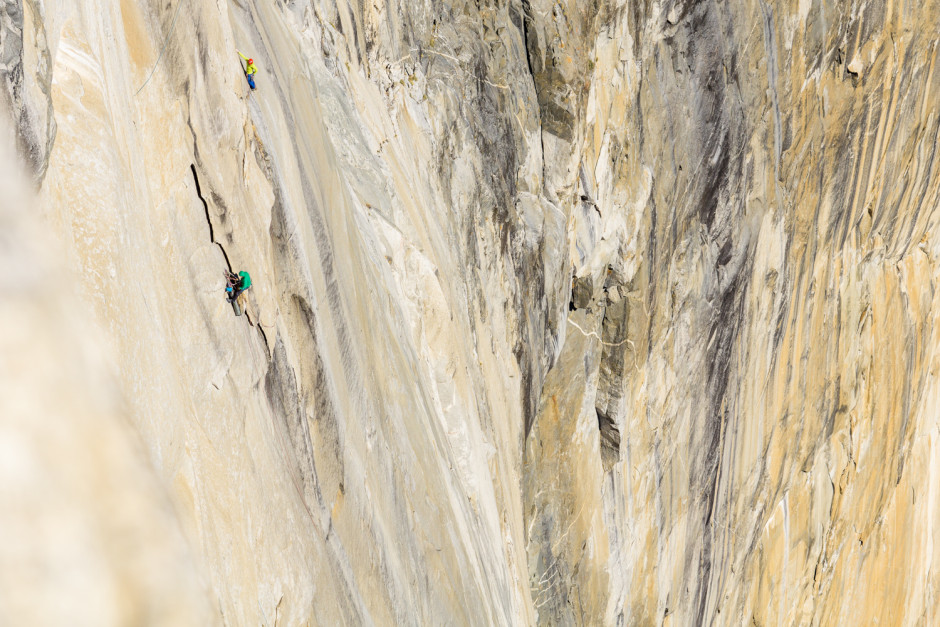 Tommy Caldwell and Kevin Jorgeson climb the Dawn Wall — the hardest big wall in the world. 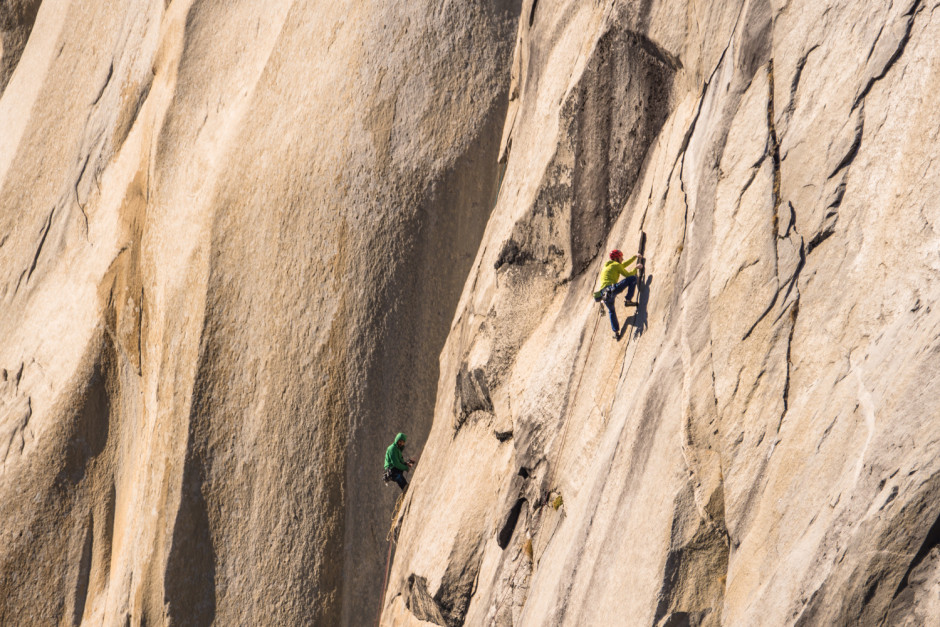 Tommy Caldwell shows no fear running it out 3,000 feet up El Capitan. 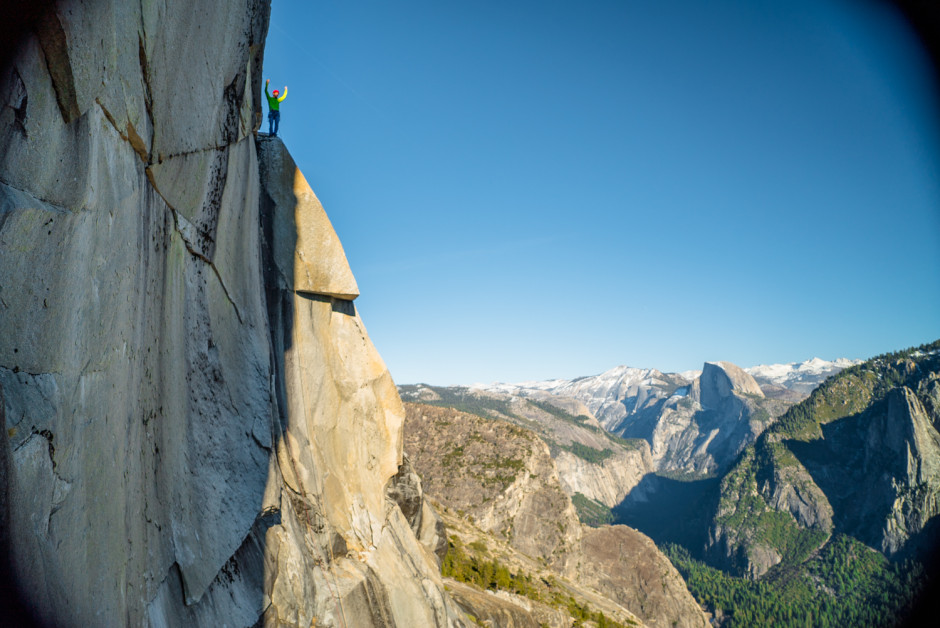 Tommy Caldwell takes a moment to celebrate as he finishes the final pitch of the Dawn Wall. 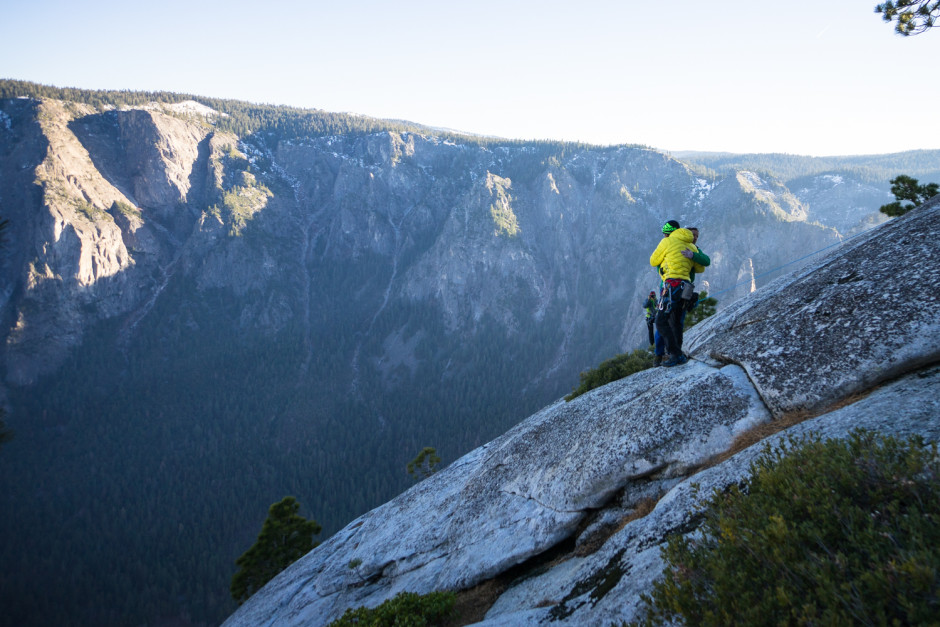 After 19 days on the wall, at the summit Kevin and Tommy take their first steps onto real solid ground. 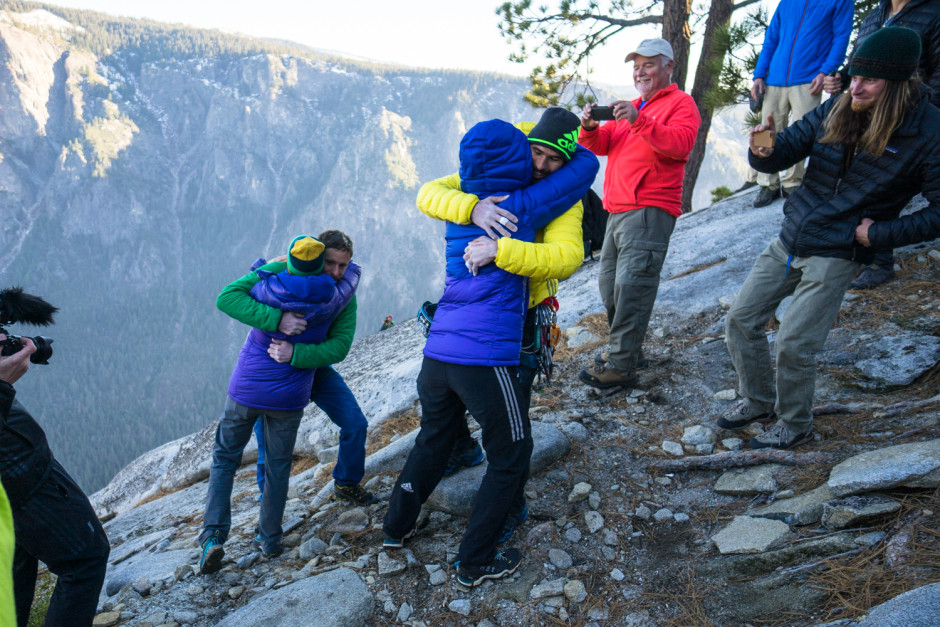 Becca and Jackie rush over to Tommy and Kevin for their first hugs since the climbers began their push 19 days ago. 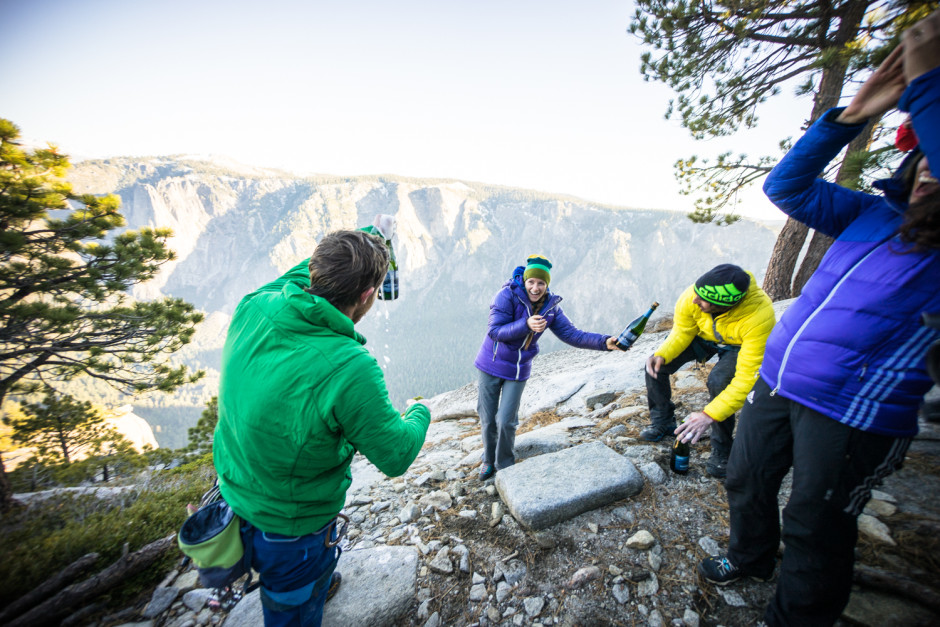 The atmosphere at the top is incredible. 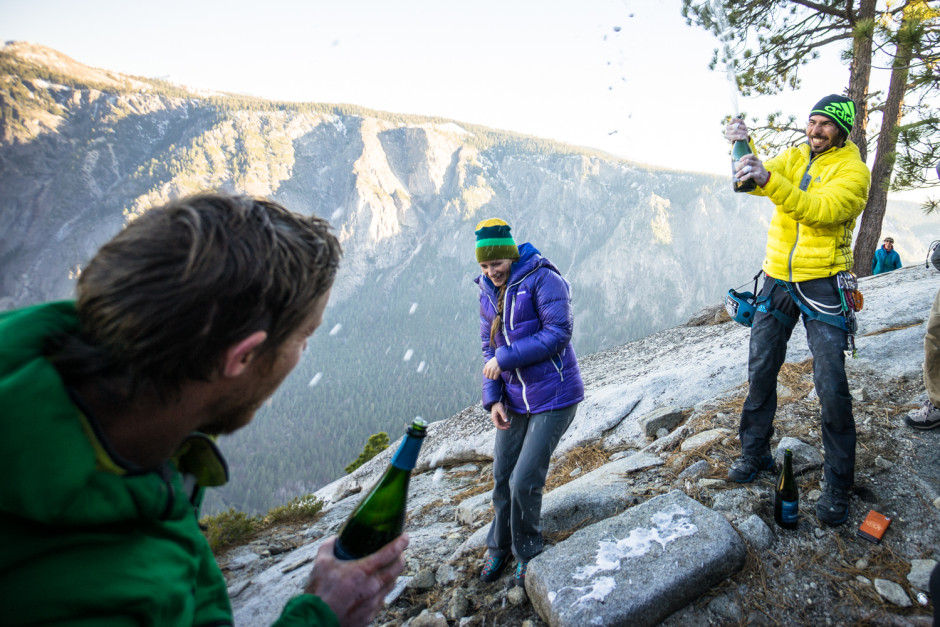 The celebration begins on the summit. 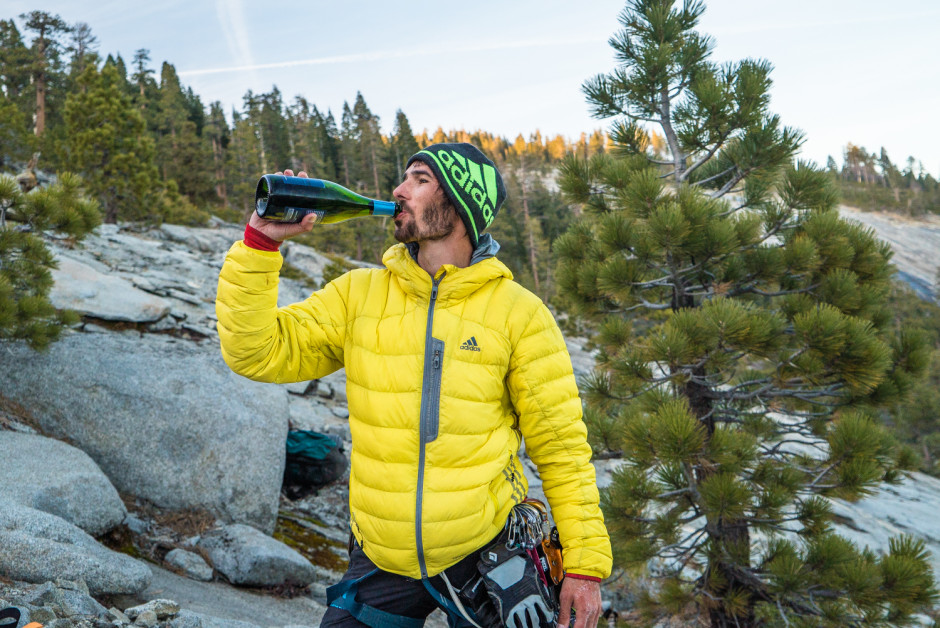 Success never tasted so good for Kevin on the summit of the Dawn Wall. 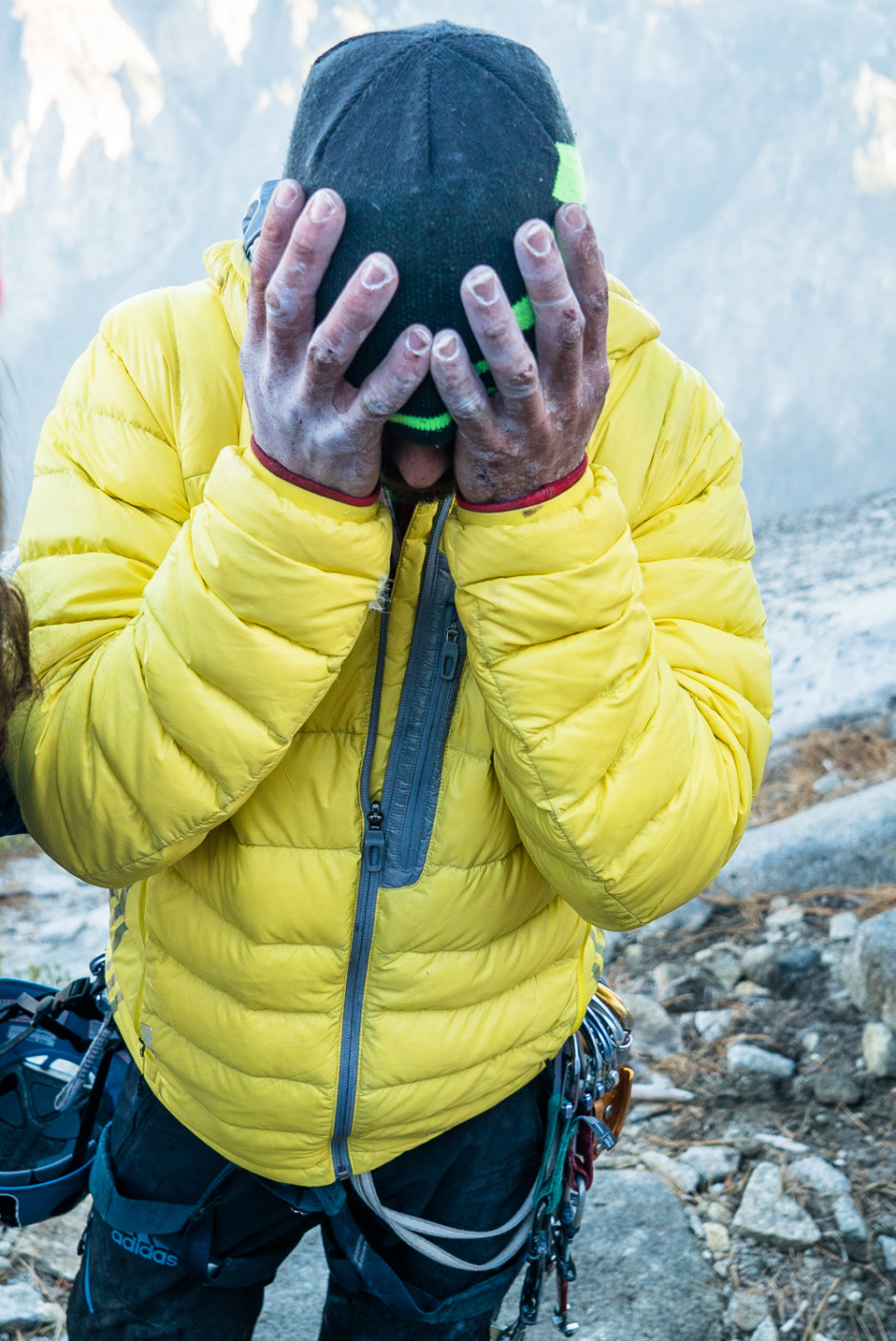 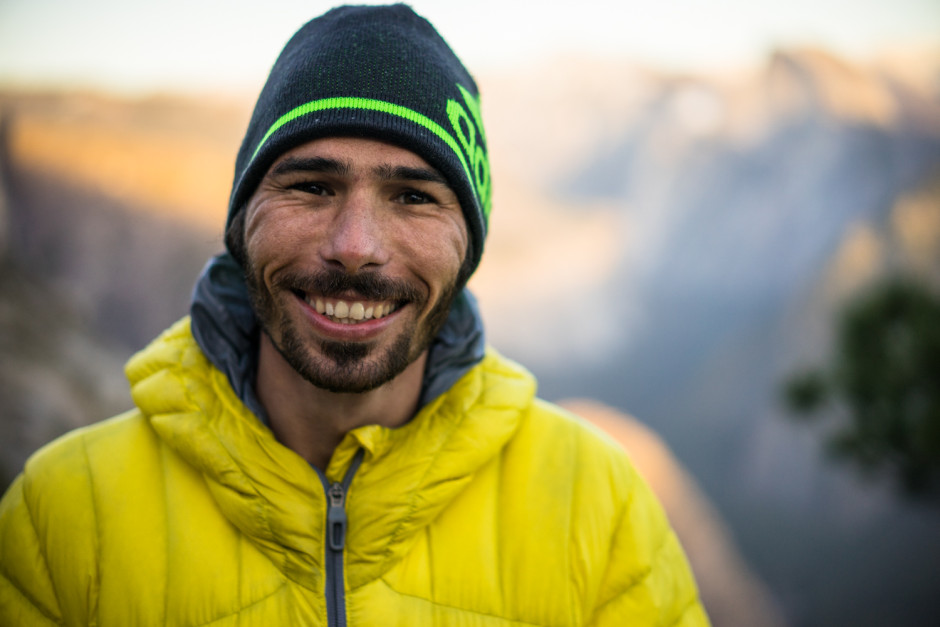 Kevin Jorgeson couldn't be happier on the summit of the Dawn Wall. 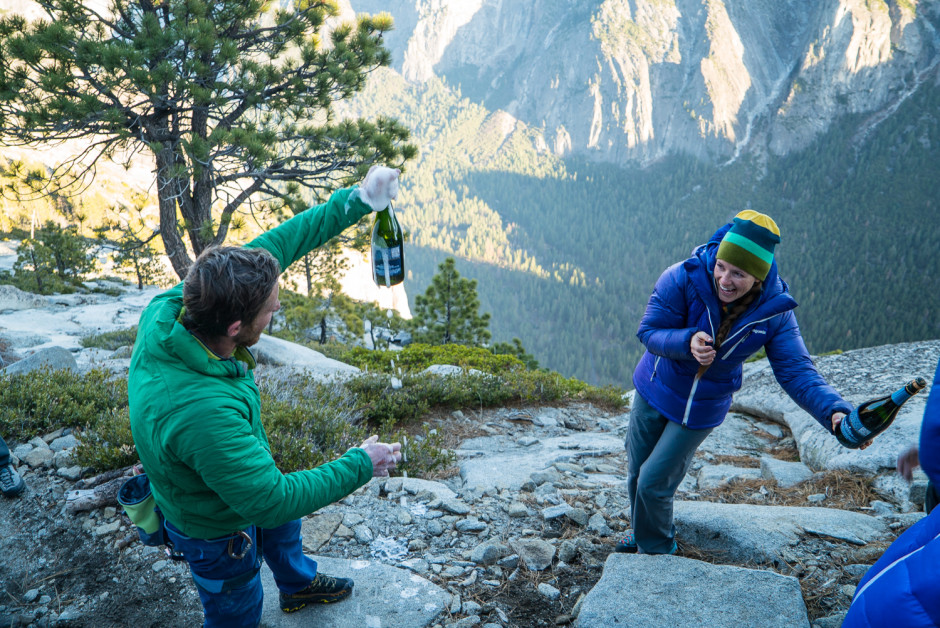 After 19 days on the wall, on top of El Capitan Tommy and Becca reunite for the first time, and the celebration begins. 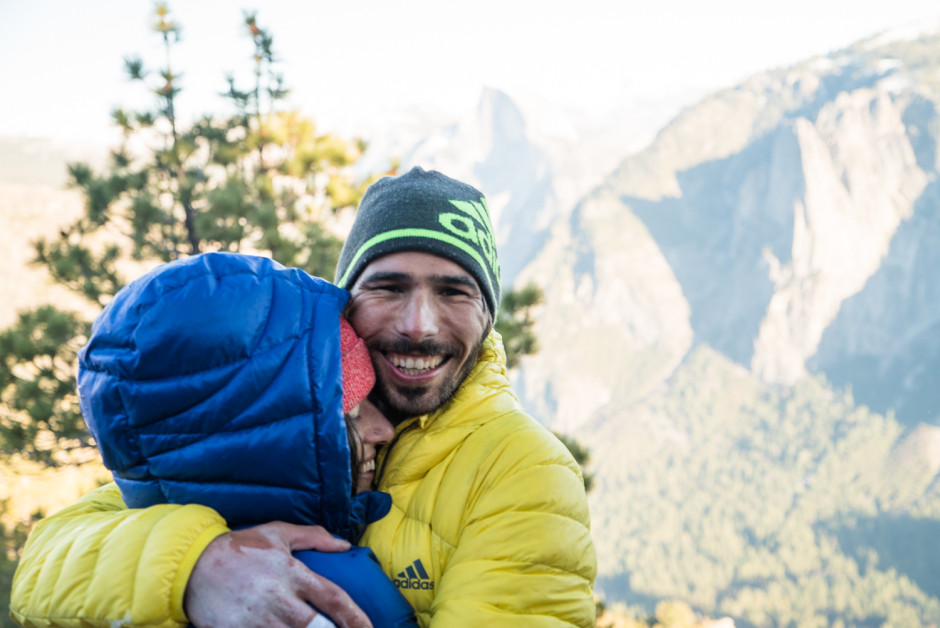 Kevin Jorgeson and his girlfriend Jackie celebrate with big hugs and even bigger smiles. 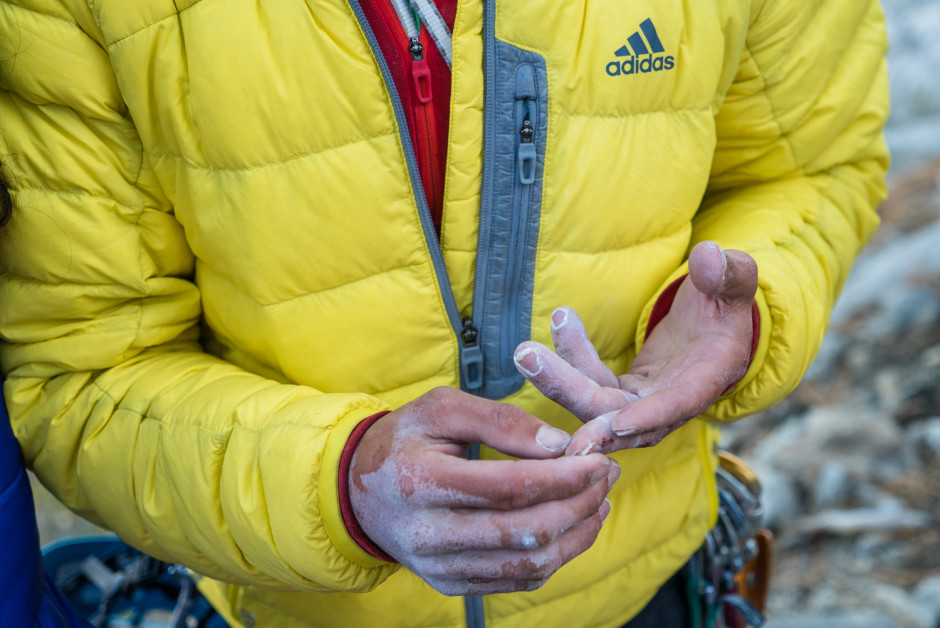 Kevin Jorgeson examining his badly beaten-up hands after 19 days on the wall. 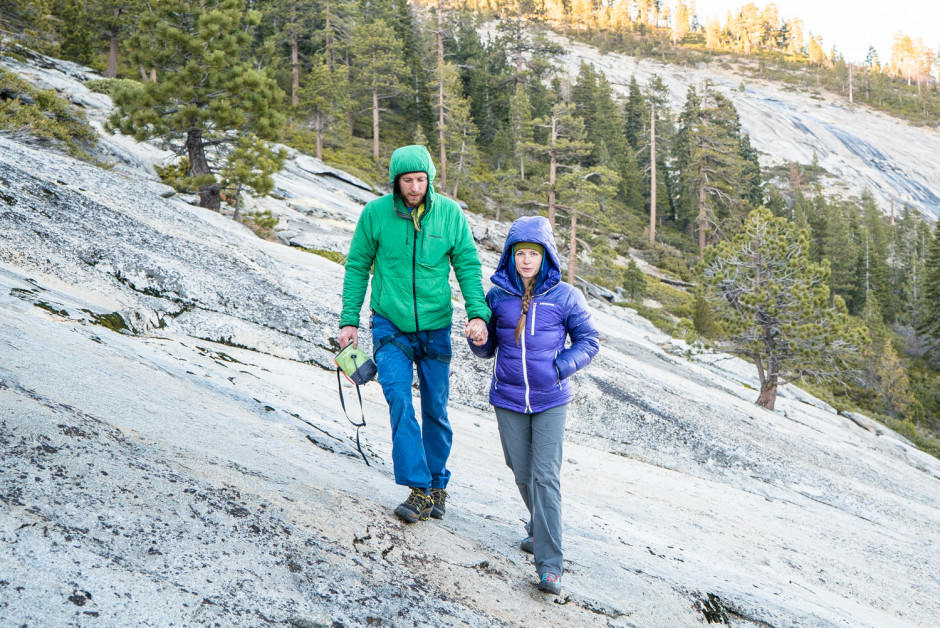 Tommy and Becca take a quick walk away from the media and madness on top of El Capitan. 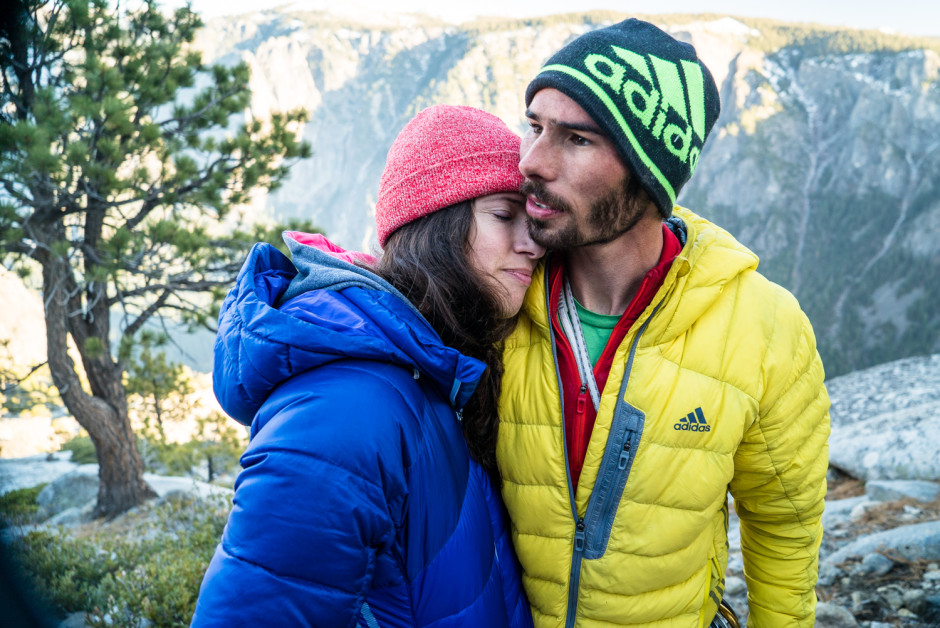 Kevin and his girlfriend Jackie take some time to let it sink in that all the hard work and sacrifice has paid off. 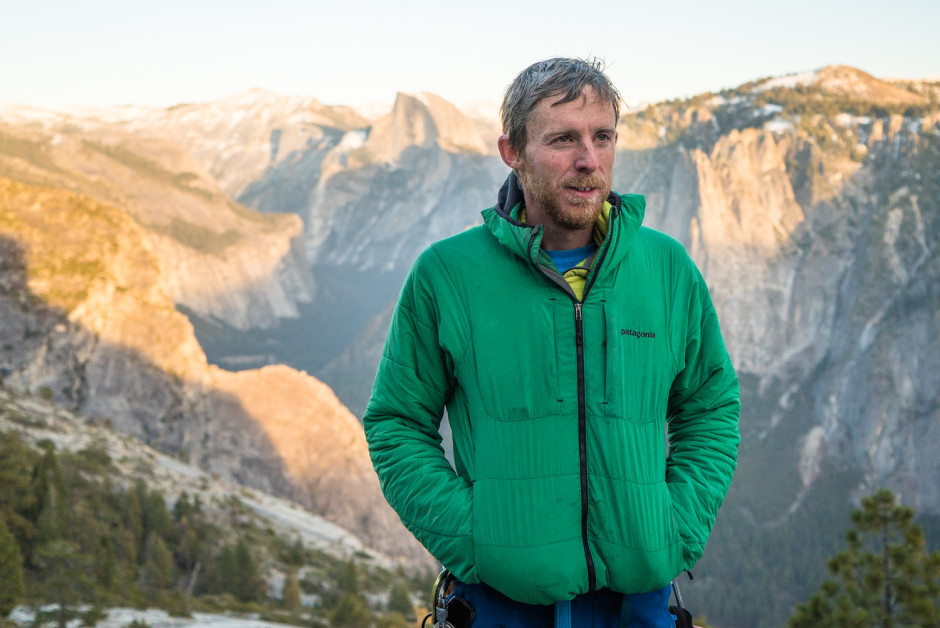 Tommy Caldwell on the summit of the Dawn Wall. 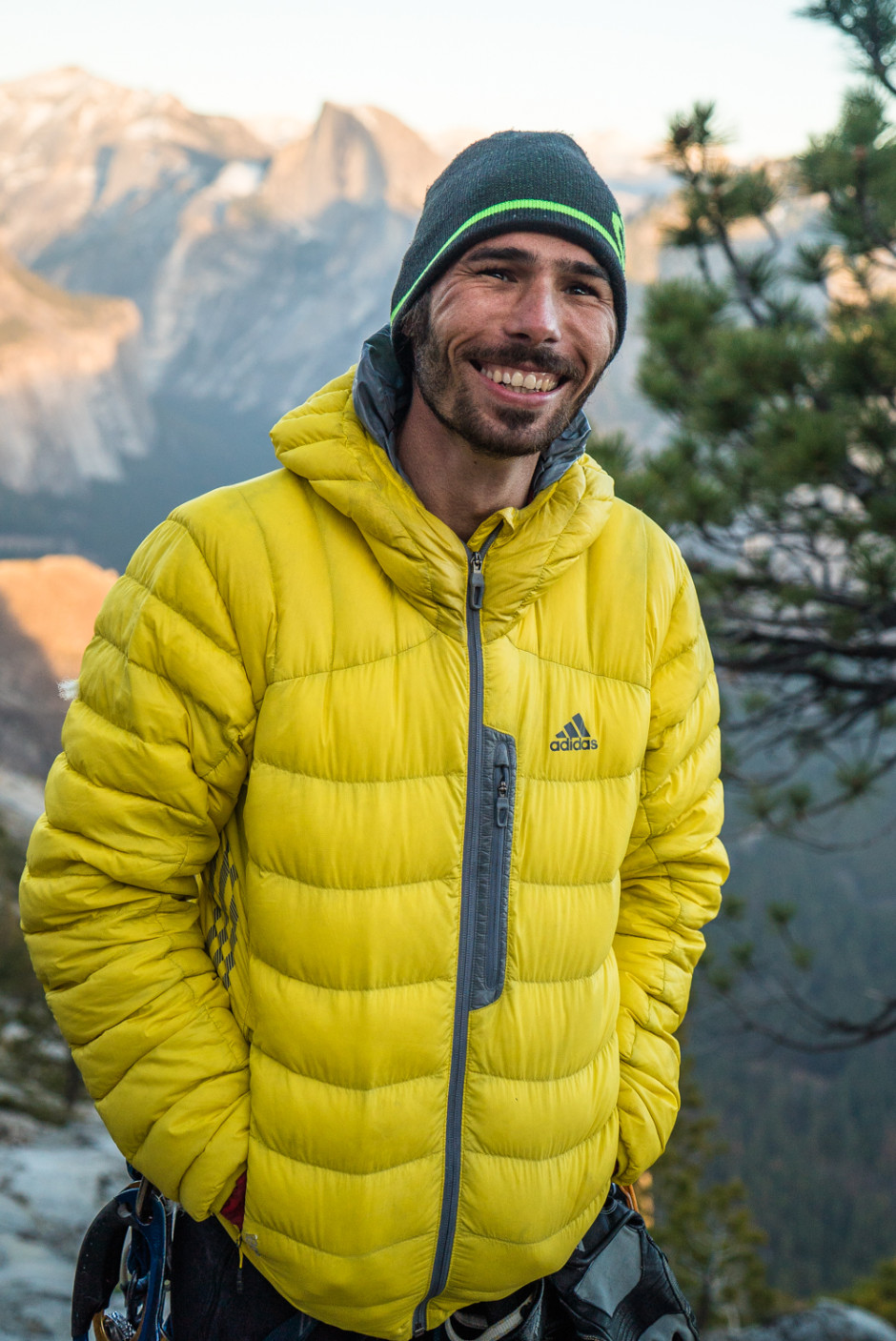 Kevin Jorgeson beaming with excitement on the summit of the Dawn Wall. 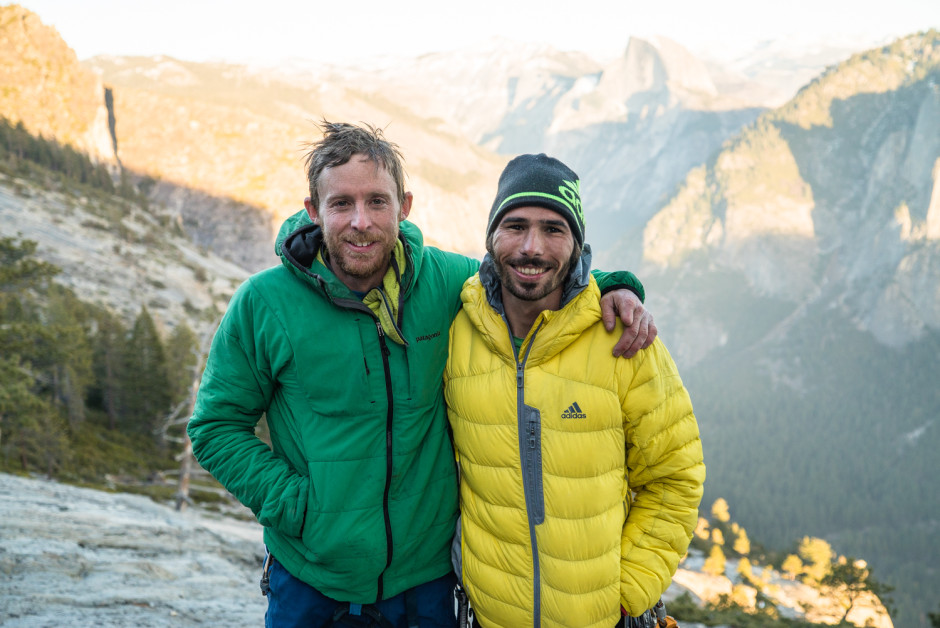 Even after 19 days of battle on the wall, you can still see Tommy and Kevin's elation written all over their faces. 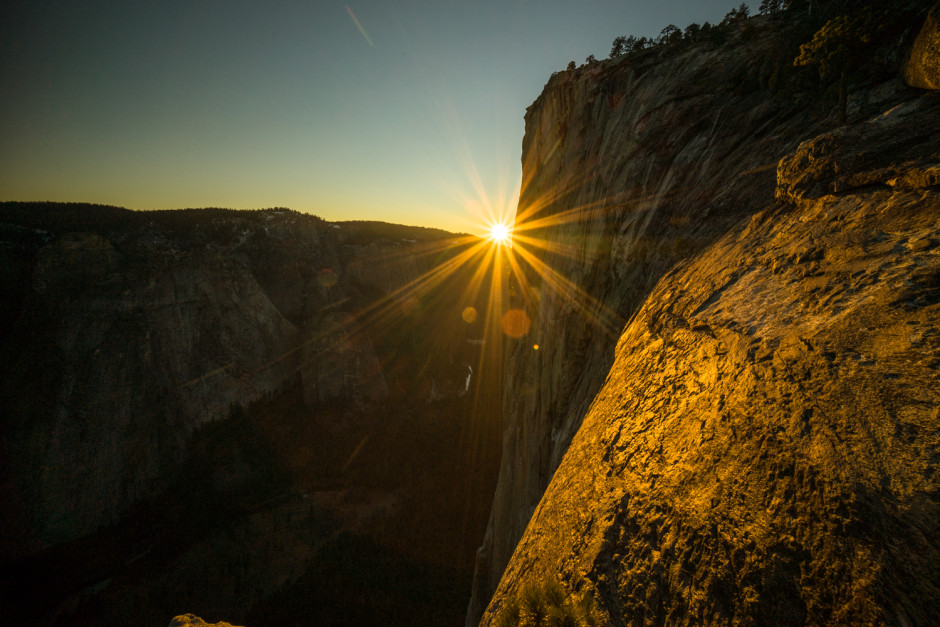 The final sunset after Kevin Jorgeson and Tommy Caldwell made history by climbing the world's hardest big wall. I had driven back to the valley the previous night... No sleep... I jogged up to the top of El Cap in headlamps to shoot the historic top out of the Dawn Wall.

Tagged
Climbing California, United States
What did you think of this story?
Meh
Good
Awesome

The endangered California condor is being reintroduced to Redwood National Park

Lake Tahoe will close to tourists this holiday season