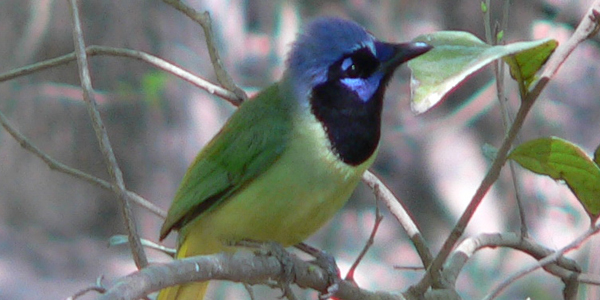 Feature photo by mikebaird. Photo above by birdfreak.com.

With brilliant colors and fascinating courtship behaviors, birds send so-called twitchers around the globe in search of the perfect sighting or photograph.

SOME LOCATIONS HAVE just the right balance of climate, topography, and remoteness for attracting amazing avian diversity. Here are our top 10:

The scene evokes classic war imagery. A marching army pillages smaller and weaker communities, sending them fleeing as they get taken out by flying killing machines.

But this isn’t war; this is the ever-fascinating food chain and my favorite natural spectacle. Legions of army ants, one million strong, march across the rainforest floor, devouring every bug in their path. Those lucky enough to escape get swooped up by birds. The aptly-named antbirds descend upon army ant swarms, providing great close-up views for birders.

They paint the walls with chewed berries and line the avenue with parrot feathers, shells, and flowers. With utmost precision, bowerbirds constantly rearrange the décor and strut for the female. This is way more interesting than any TV home makeover show!

With hundreds of thousands of raptors swarming overhead, the skies of Veracruz are the site of the largest raptor migration in the world. More than 5 million raptors make up the River of Raptors each fall, including most of the world’s population of Broad-winged Hawks, Swainson’s Hawks, and Mississippi Kites.

Models of energy efficiency, raptors often glide on thermals rather than fly and flap. The thermals funnel the concentrated “kettle” of raptors between the Sierra Madre Oriental mountain range and the Gulf of Mexico into Veracruz.

My only chance to see migratory ducks and pelagic birds at home is during winter when they are in their drab non-breeding plumages. But when they migrate to Alaska for the summer, they molt into spectacular breeding colors.

Summer in the Aleutian Islands is the time and place to see birds at their best and the air is filled with the haunting breeding call of the same Common Loons I saw at home in February.

Having evolved without predators, the birds of the Galapagos harbor little fear of humans and allow birders to approach them. In fact, the safe environment helped cause the Galapagos Cormorant to lose the ability to fly. Walk the black and white sand beaches in search of the Blue-footed Booby, Magnificent Frigatebird, the courtship ritual of the Waved Albatross, and the world’s northernmost penguin.

Check out the infamous Galapagos finches that helped inspire Darwin’s theory of evolution. 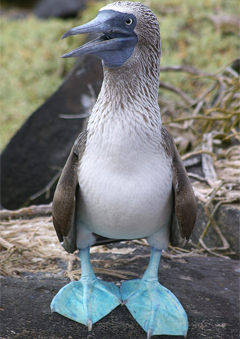 A booby! Photo above by Max xx

With more than 500 bird species, including species found nowhere else in the U.S., such as the Green Jay and Great Kiskadee, the lower Rio Grande Valley attracts birders from all over the world.

Situated within the range of both North and South American species, Panama has nearly 1,000 bird species all wrapped up in a small, easy to travel package.

Hike the cloud forests of the Chiriqui Highlands in western Panama in search of the Resplendent Quetzal.

Drive the Pipeline Road along the Panama Canal Watershed where 300 species have been spotted in one day.

Trek into the unspoiled and roadless Darien National Park in eastern Panama to spot the world’s largest population of the wild-looking Harpy Eagle.

Situated at a confluence of mountains, canyons, forests, grasslands, and desert, the Upper San Pedro River Basin is rich in avian diversity. Find the Elegant Trogon at Ramsey Canyon and if you’re lucky, the Eared Trogon.

The Patagonia-Sonoita Creek Preserve is home to the Gray Hawk and Green Kingfisher. Visit during the summer when monsoon rains green the desert and bring a flush of bird activity.

Birders from around the world flocked to Sax-Zim Bog during the winter of 2004-2005 to witness a record-breaking “irruption” of thousands of Great Gray Owls, the largest North American owl, along with hundreds of Boreal and Northern Hawk Owls. Bring a heavy coat!

Meaning “endless plains” in the Masai language, the Serengeti is home to two endemic bird species, the Grey Breasted Spurfowl and the Fisher’s Lovebird.

The Ngorongoro crater, a UNESCO World Heritage Site, has 100 bird species not found in the rest of the Serengeti and holds the so-called big five game mammals—elephant, rhinoceros, lion, leopard and buffalo—within its 2000 foot high walls. A blanket of flamingos turns the crater’s soda lakes pink.

Many places offer environmentally-friendly lodging that contributes to the local economy by hiring local bird guides. In Ecuador, I stayed at Tandayapa Lodge in the Andes cloud forests and Sacha Lodge in the Amazon Rainforest.

For an alternative to expensive tour guides, use the internet to find a local birder at your destination to be your birdwatching buddy. Or, take a self-guided tour using maps of the Great Texas Wildlife Trails.

The 11 hardest, most dangerous mountains to climb in the world
For the perfect day of hiking and Colombian coffee, head to Jardín
The best backcountry ski lines in Rocky Mountain National Park
How to actually have fun on a ski trip if you don’t ski
The 6 most epic and unique ways to see the northern lights

A true Arizona experience in the Chiricahua Mountains

Nairobi is the cultural hotspot you’ve never thought of visiting

An elephant, trapped in mud for three days, was saved by rescue teams