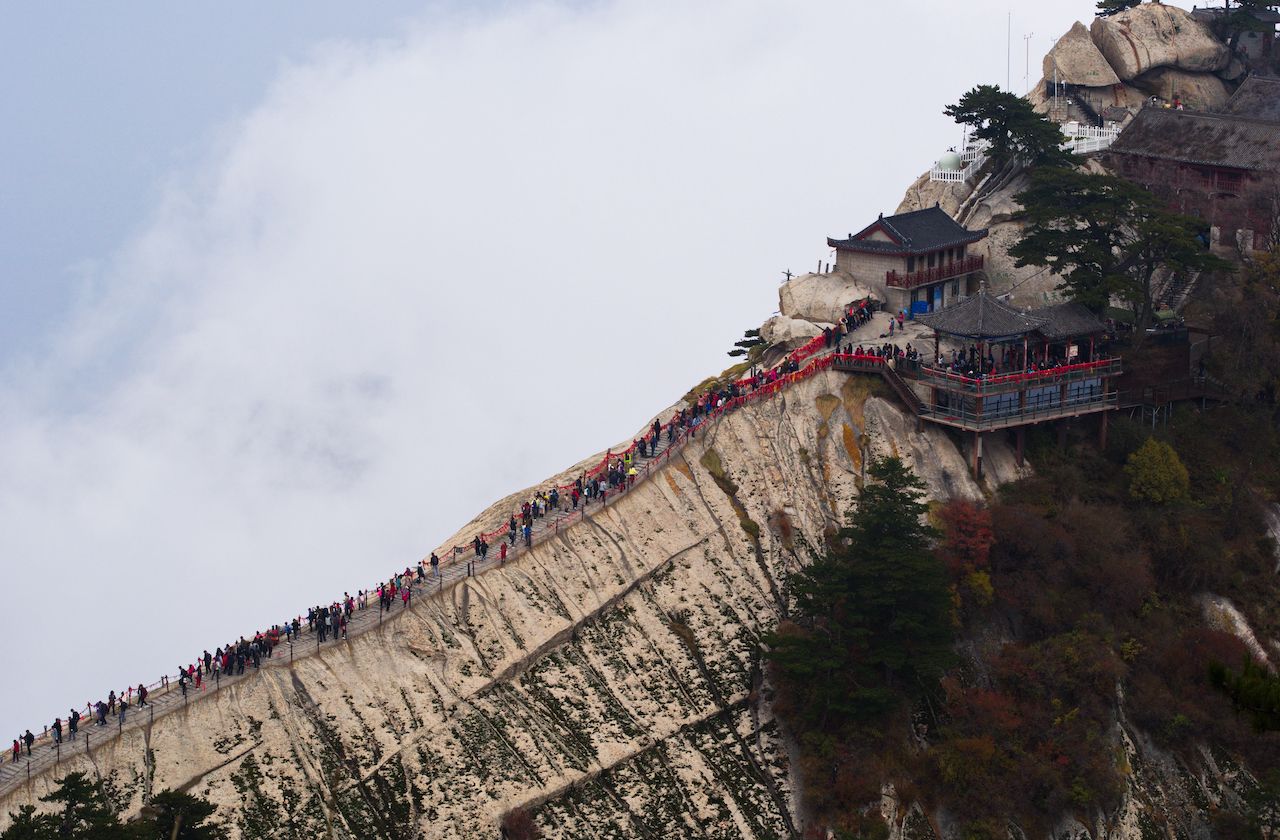 One of China’s “Five Great Mountains,” Hua Shan holds religious importance, and various temples adorn its slopes and peaks. The hike includes steep stairways, a gondola ride, a wall-hugging walk on narrow wooden planks, a nearly vertical climb up a mountain wall (don’t worry, there are a few footholds cut into the rock), and a final steep pathway. The reward for reaching the top of the southern peak? A teahouse, resting 7,087 feet above sea level. 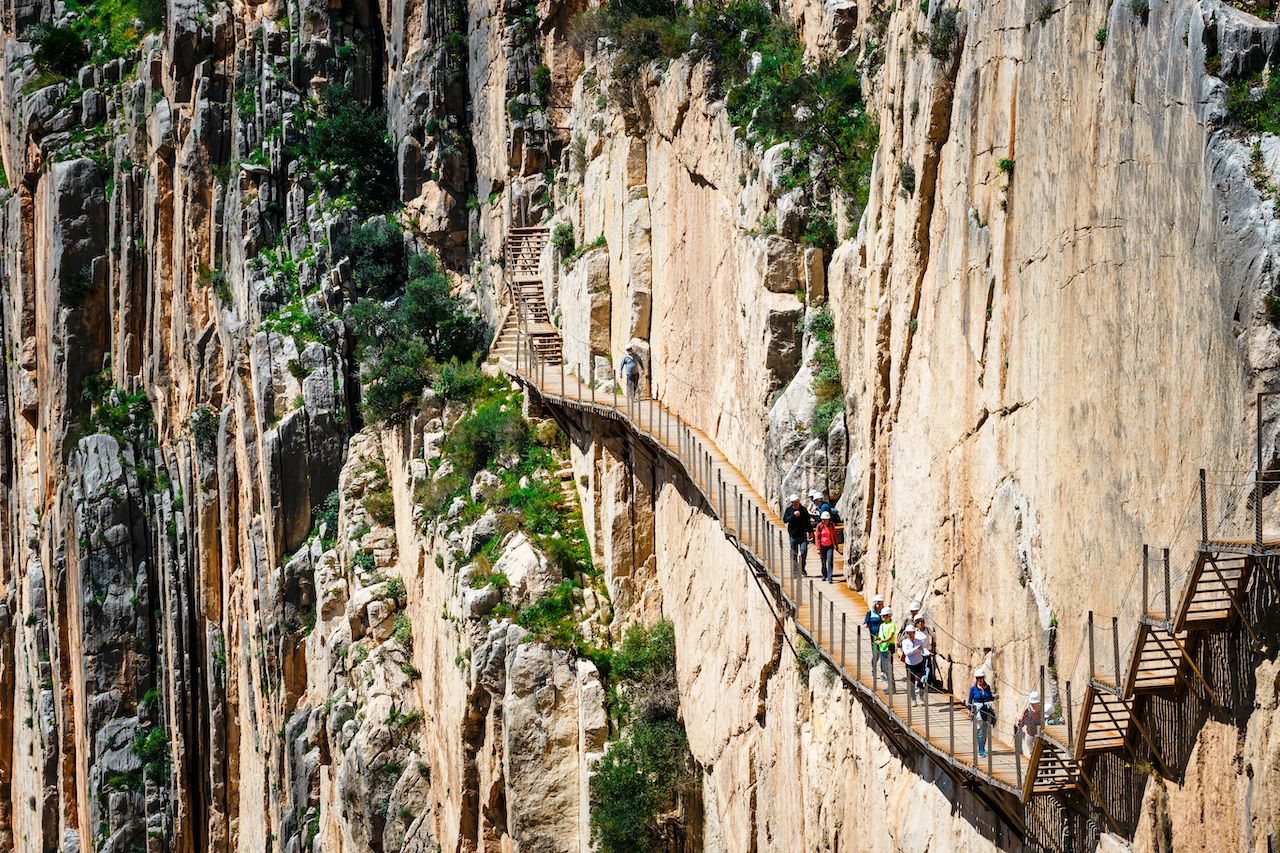 A walkway along a limestone gorge in El Chorro, El Caminito del Rey was named when Alfonso XIII of Spain crossed the dangerous pathway to open the Conde de Guadalhorce Dam in 1921. The walkway has since deteriorated further, but hikers continue to risk life and limb in order to traverse the pathway. Fatal accidents have occurred in 1999 and 2000. Very few of the original safety rails remain — instead, a wire currently runs the length of the route. 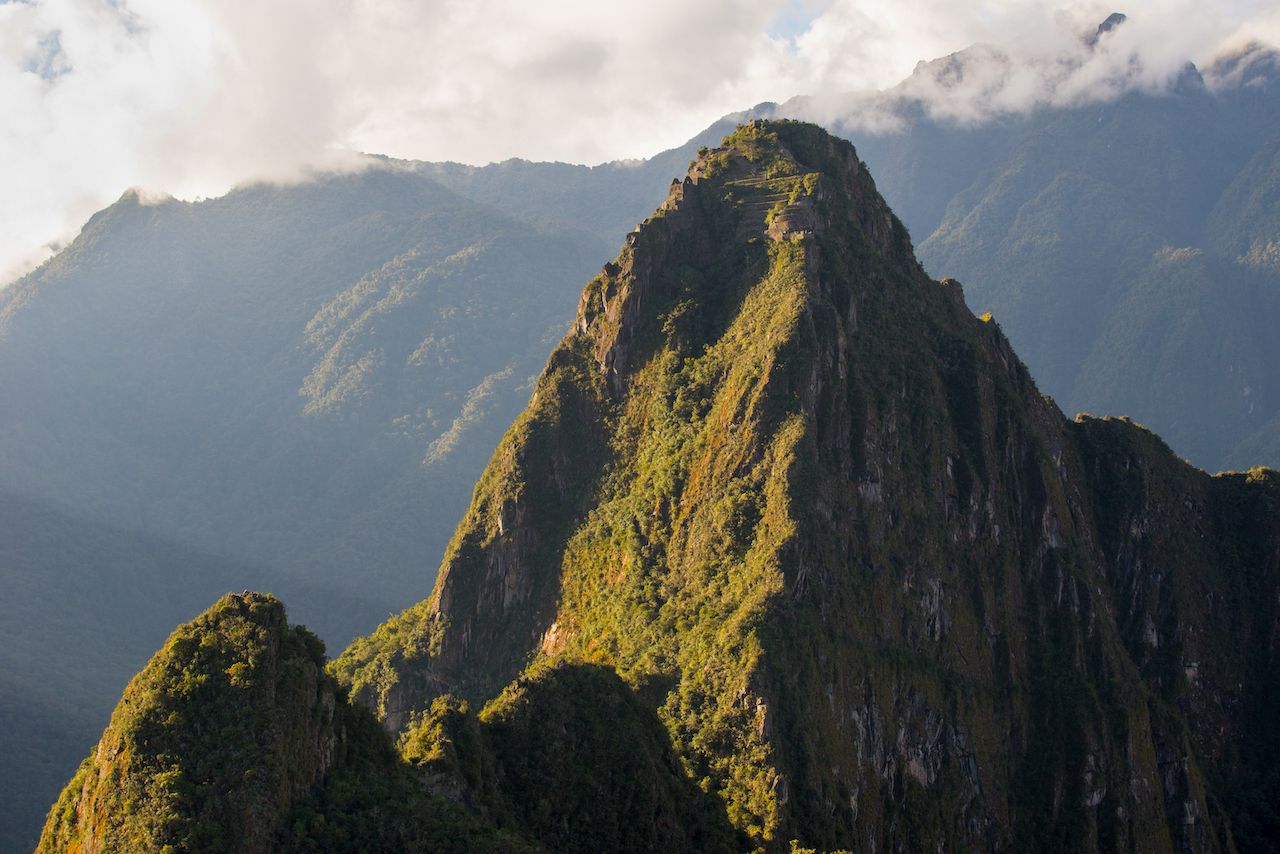 Huayna Picchu, often seen in the background of Machu Picchu tourist photos, is a hikeable mountain which leads climbers 1,180 feet above the famous ruins. The top of the mountain is said to have been the residence for the high priest and local virgins of the Inca city. Steel cables are used for safety throughout portions of the trail, while other sections include steep, century-old staircases. The path is often foggy and slippery during rainy season. 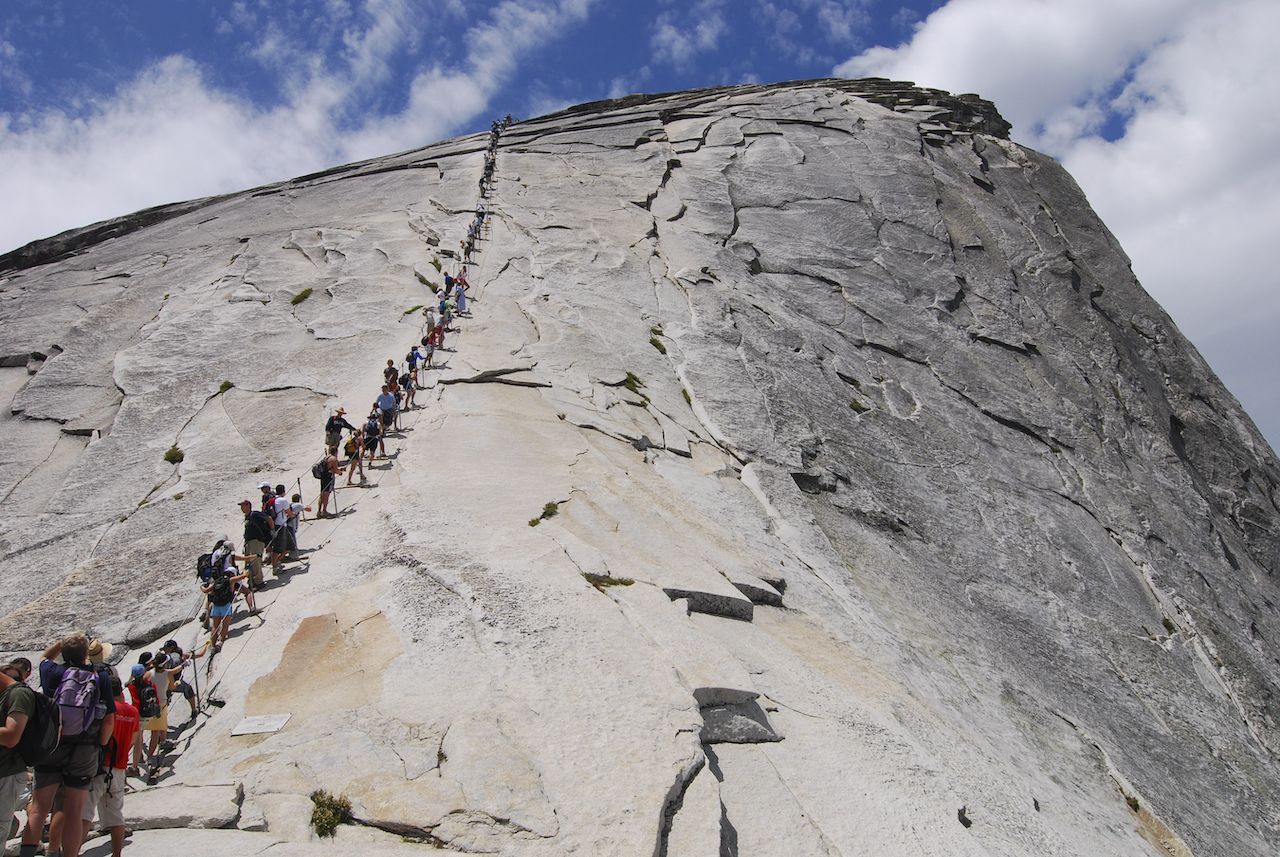 Considered one of Yosemite National Park’s most recognizable rock formations, the granite dome is 4,737 feet taller than the valley floor it towers over. The most popular trail to the top spans 8.2 miles from the bottom, including a cable route along the final stretch. While once a low-traffic hike to its difficulty, its popularity has led to roughly 50,000 climbers traversing the path each year. The final ascent of the Half Dome Cable Route is a steep climb up the rock face using steel cables for safety. Additionally, lightning strikes are considered to be a risk when climbing Half Dome. Five hikers were struck by lightning in 1985. 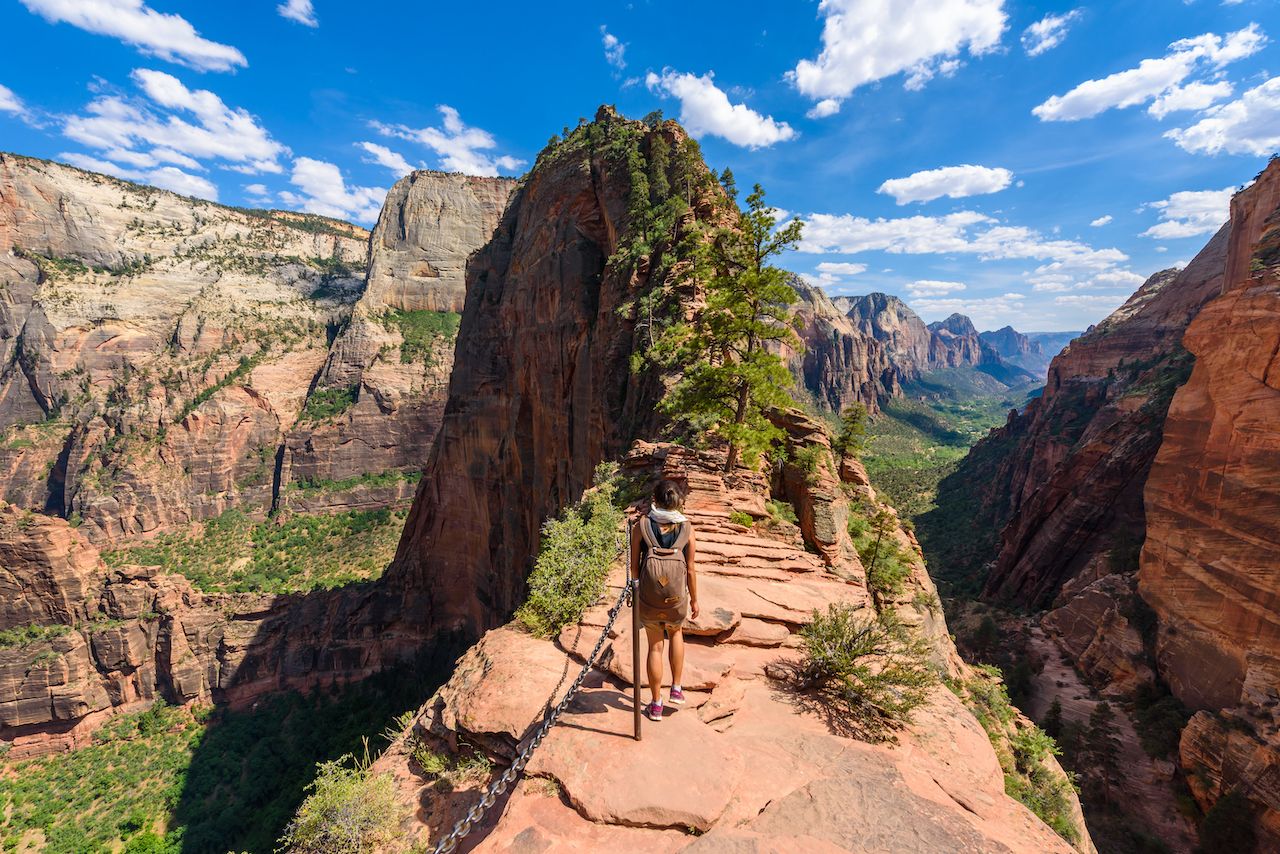 A trail cut into Angel’s Landing, a rock formation in Zion National Park, leads to a view of Zion Canyon. The path to the top includes 21 steep hairpin turns, known as Walter’s Wiggles, before arriving at Scout’s Lookout. The lookout is the last stop before the final trek to the top of Angel’s Landing. The final half mile, littered with narrow pathways, unevenly surfaced steps, and sharp cliff dropoffs, is equipped with chains to grip for safety. Fatalaties on the trail to Angel’s Landing have occurred, but the view and strenuous climb continues to attract hikers. 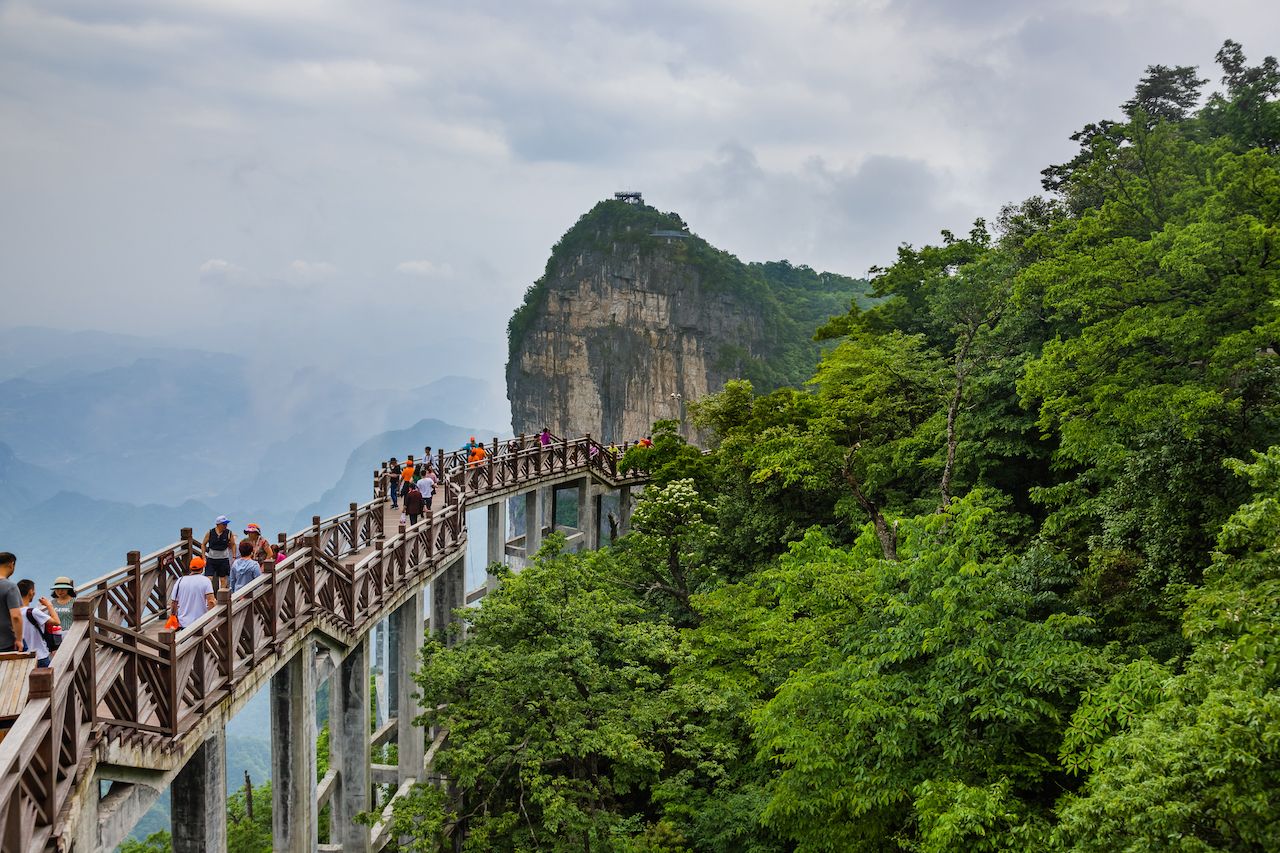 Suspended 4,000 feet above a ravine sits a glass walkway on Tianmen Mountain. Three feet wide and 2.5 inches thick, the walkway allows tourists to test fate and modern engineering. While the walk is not physically strenuous, the 70ft glass bridge takes a mental toll on those who decide to look down. Tourists are asked to wear shoe covers before crossing the bridge, as cleaning the glass is considered too dangerous. 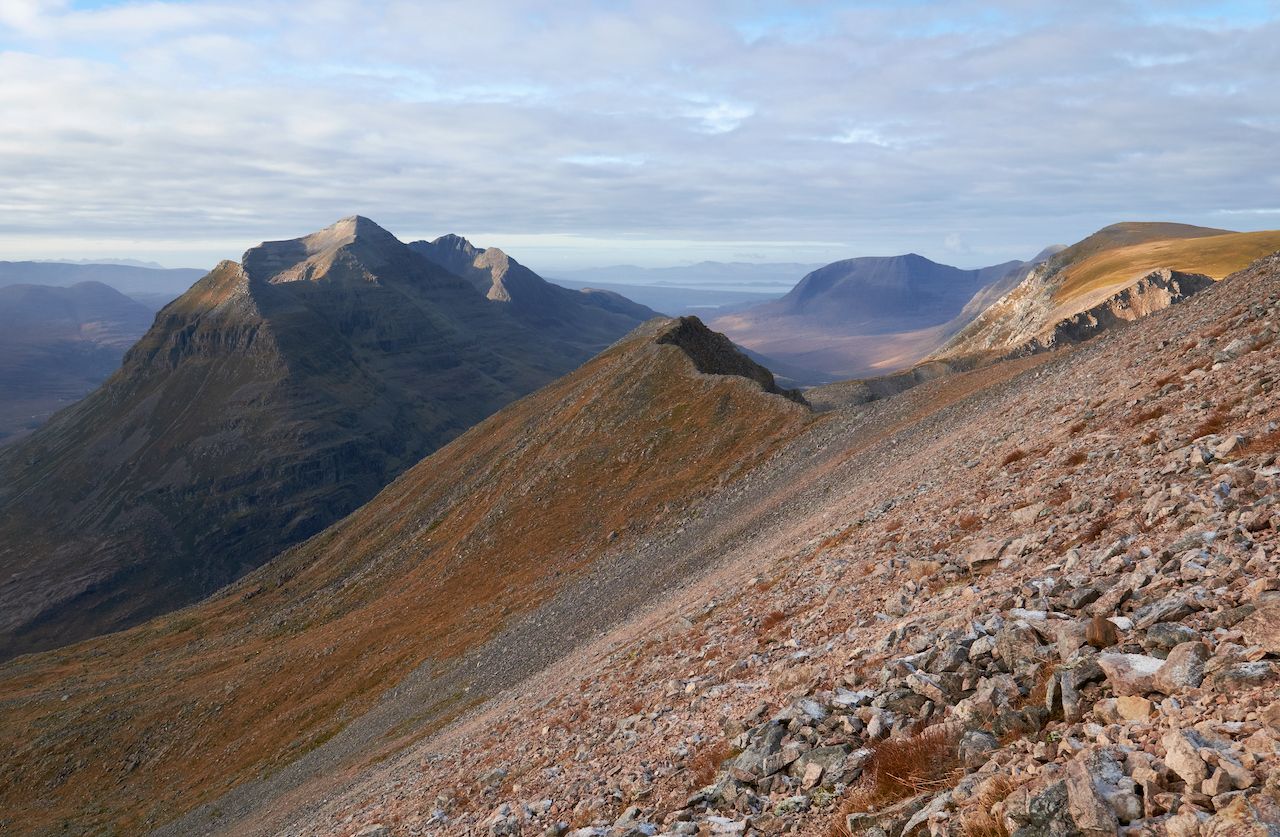 One of the best known of the Torridon Hills, Liathach sits at 3,641 feet. Traversing this mass of sandstone requires passing over a grouping of pinnacles named Am Fasarinen. Very few spots on the ridge allow for retreat or descent. While another path exists, erosion and exposure create additional dangers. When traveled in the winter, great care must be taken. 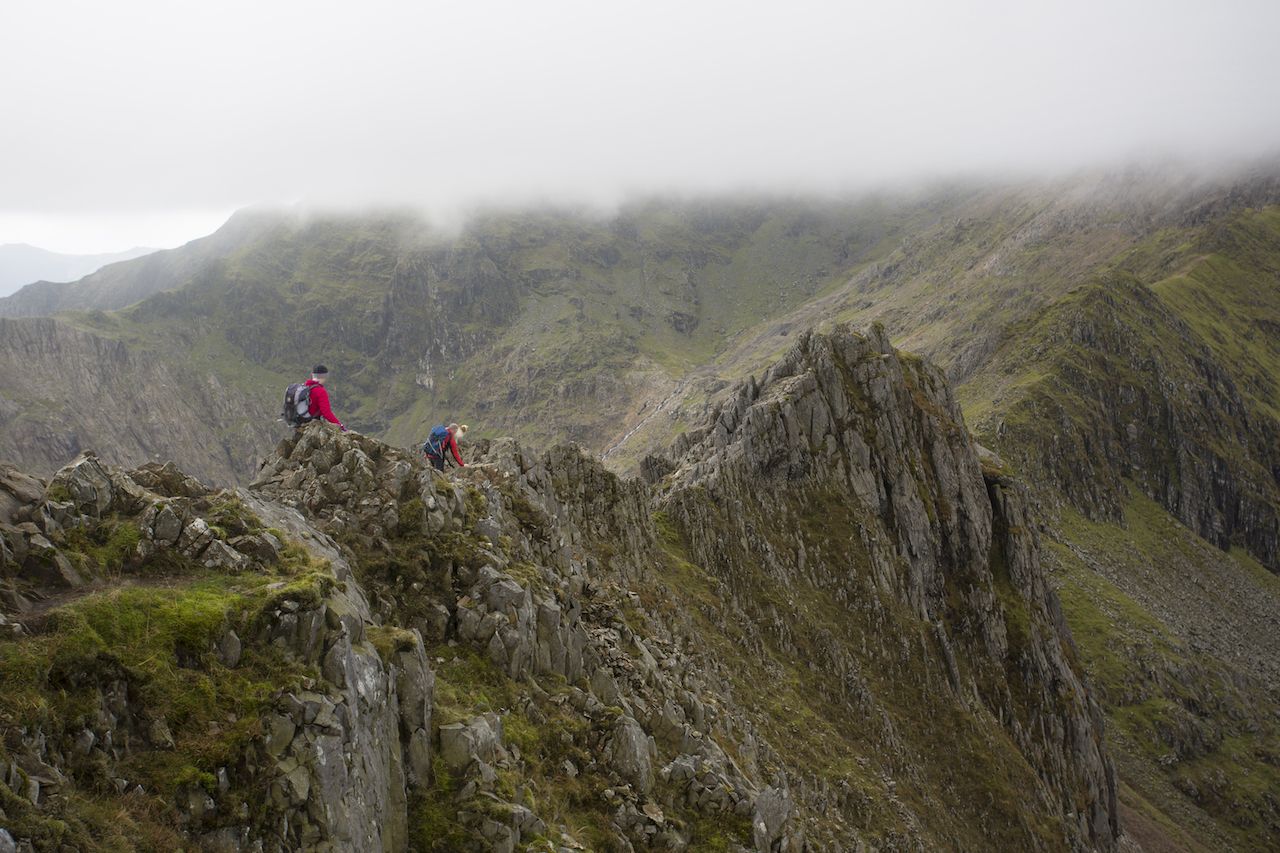 An arête (thin, knife-like ridge) in Snowdonia National Park, Crib Goch is one of the wettest locations in the United Kingdom. The classic east-to-west hiking path on Crib Goch leads hikers to a hold where both hands and feet are needed to traverse, followed by peaks and grassy ridges. Several fatalities have occurred on the trail — the path is recommended for experienced hikers. In the winter, Crib Goch’s routes are considered mountaineering routes. 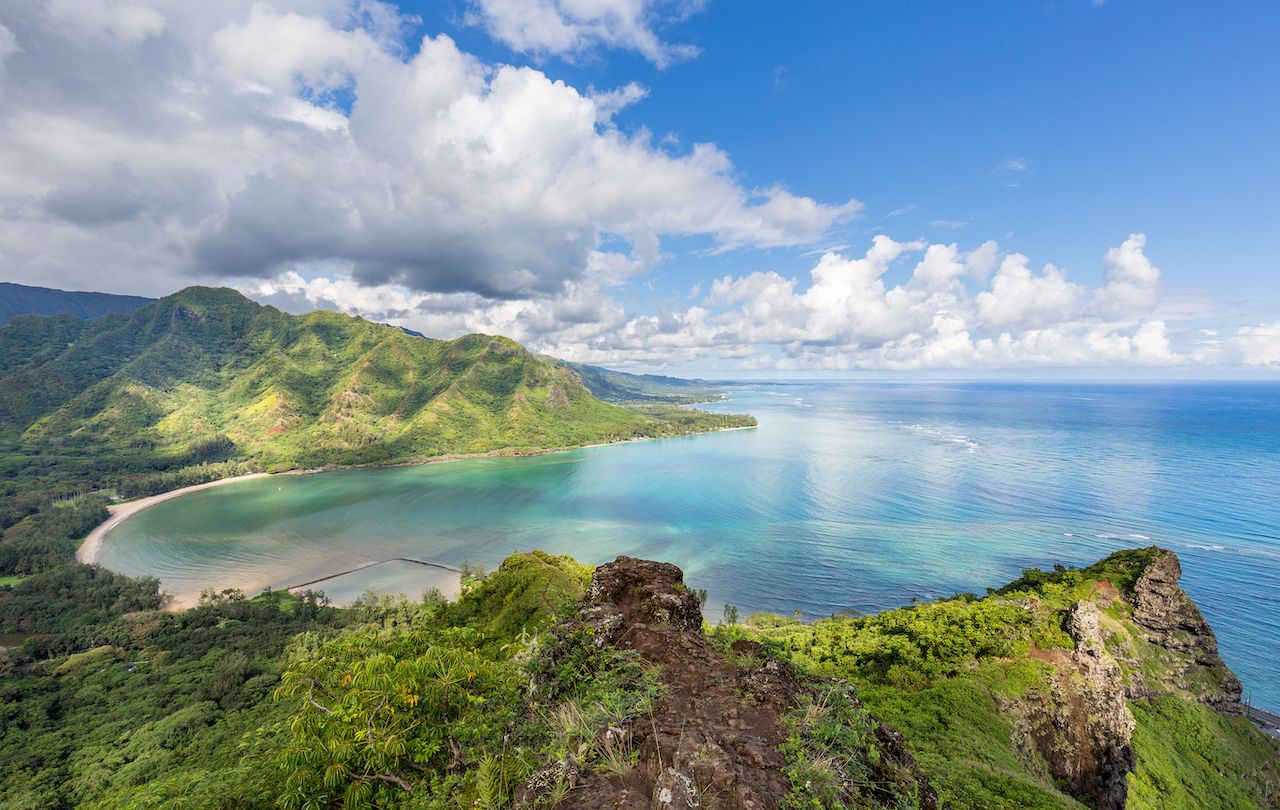 Pu’u Manamana leads hikers on a 4-mile trail containing many narrow ridge sections that allow for a view of the shoreline from over 2,000 feet of elevation. Both the initial ascent and final descent are steep, though not as perilous as the ridge portions peppered between. Fixed cables are available to hold onto, but they should be tested before use. Though there have been fatalities in the past, hikers still scale Manamana for the view of Oahu. 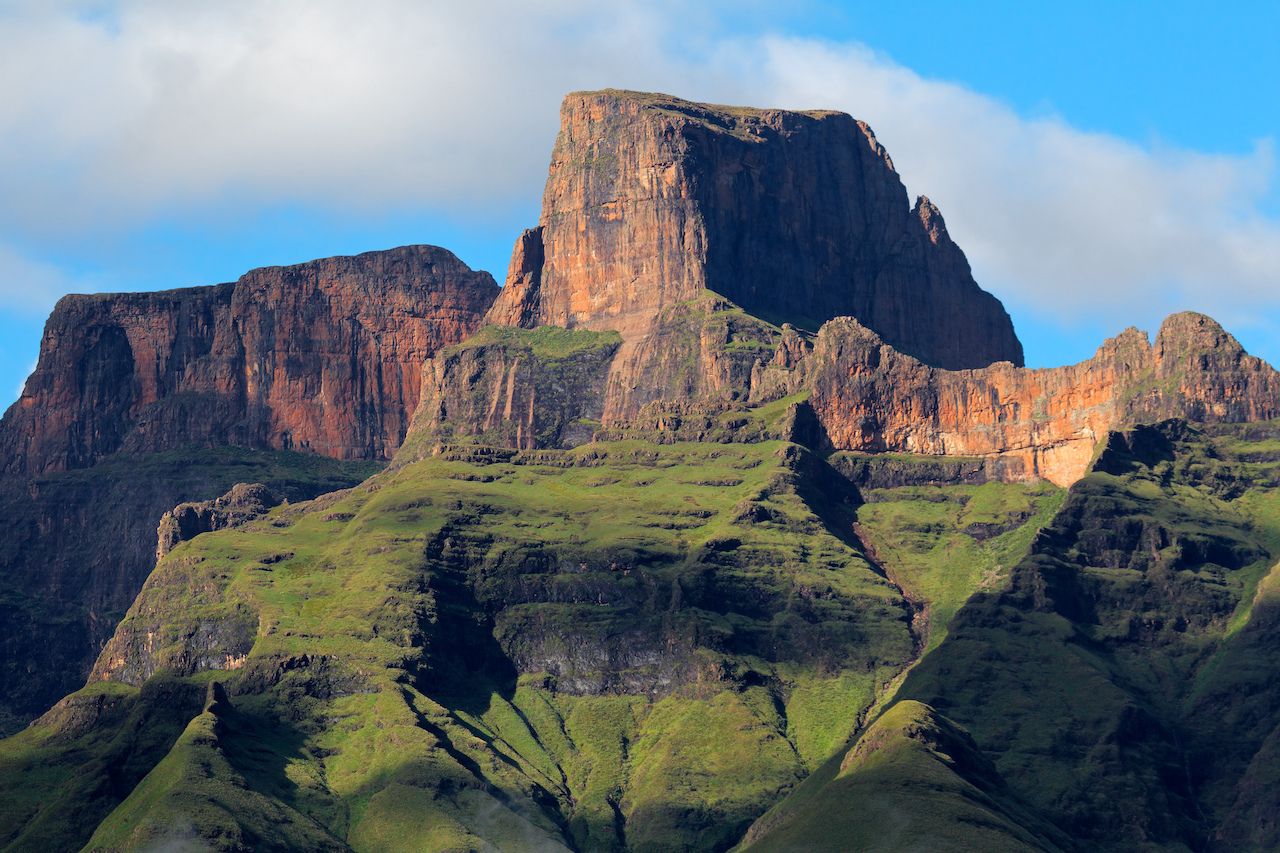 Part of the Drakensberg, the Amphitheatre is considered by many to be one of the most “impressive cliff faces on Earth.” The trail to the top of Mont-Aux-Sources begins at 8,200 feet of elevation, making the hike strenuous due to lack of oxygen. While a short hike (roughly five hours in length), the famous steep chain ladders are the final step to the top. Once the ladders are climbed, the vista from the Amphitheatre provides for a spectacular look at the valley.

Tagged
Galleries Hiking Insider Guides
What did you think of this story?
Meh
Good
Awesome