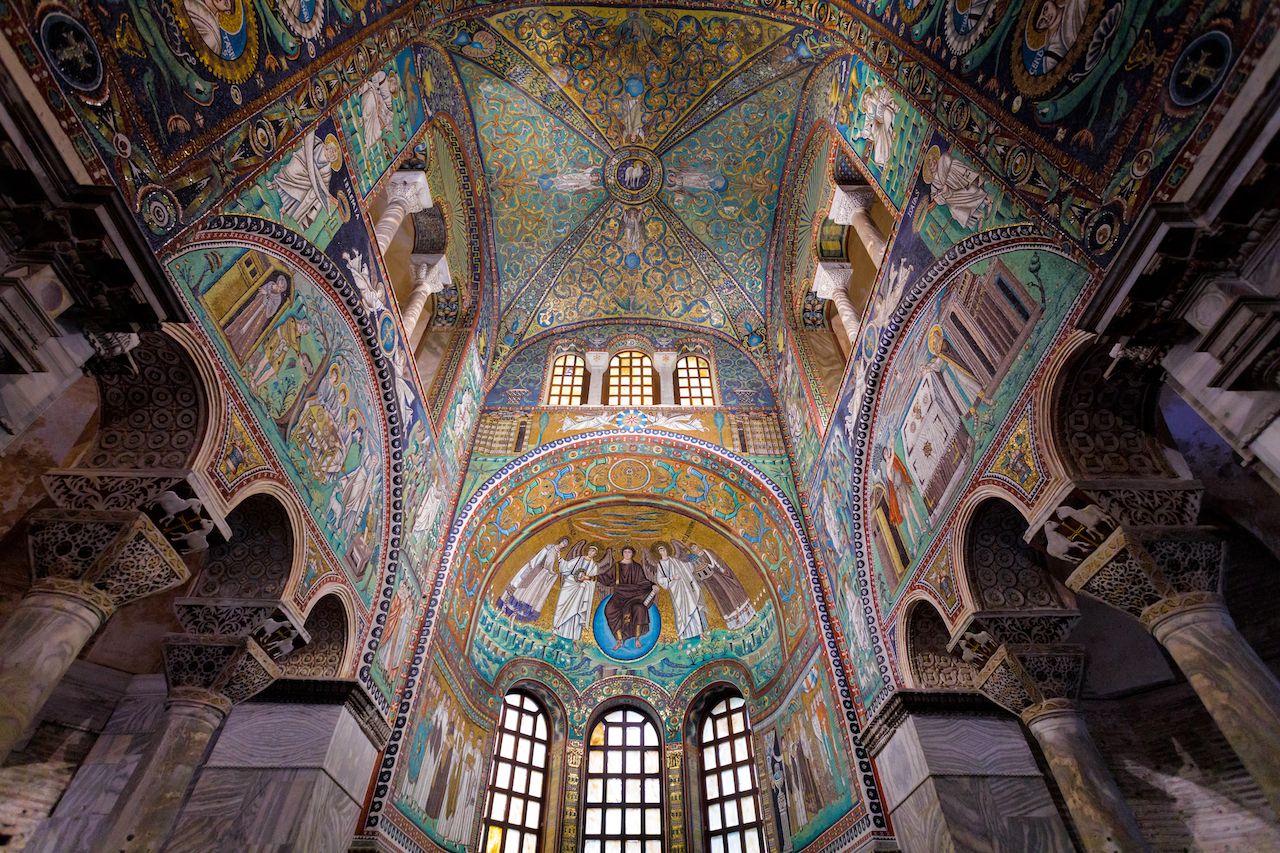 The mosaics in Ravenna date back to the 5th and 6th centuries, during which time the city was the seat of the Western Roman Empire and then the capital of Byzantine Italy. Its famous mosaics are found in three separate churches:

The intricate mosaics depict the life of Jesus and other biblical scenes. All three churches are on the UNESCO World Heritage List. 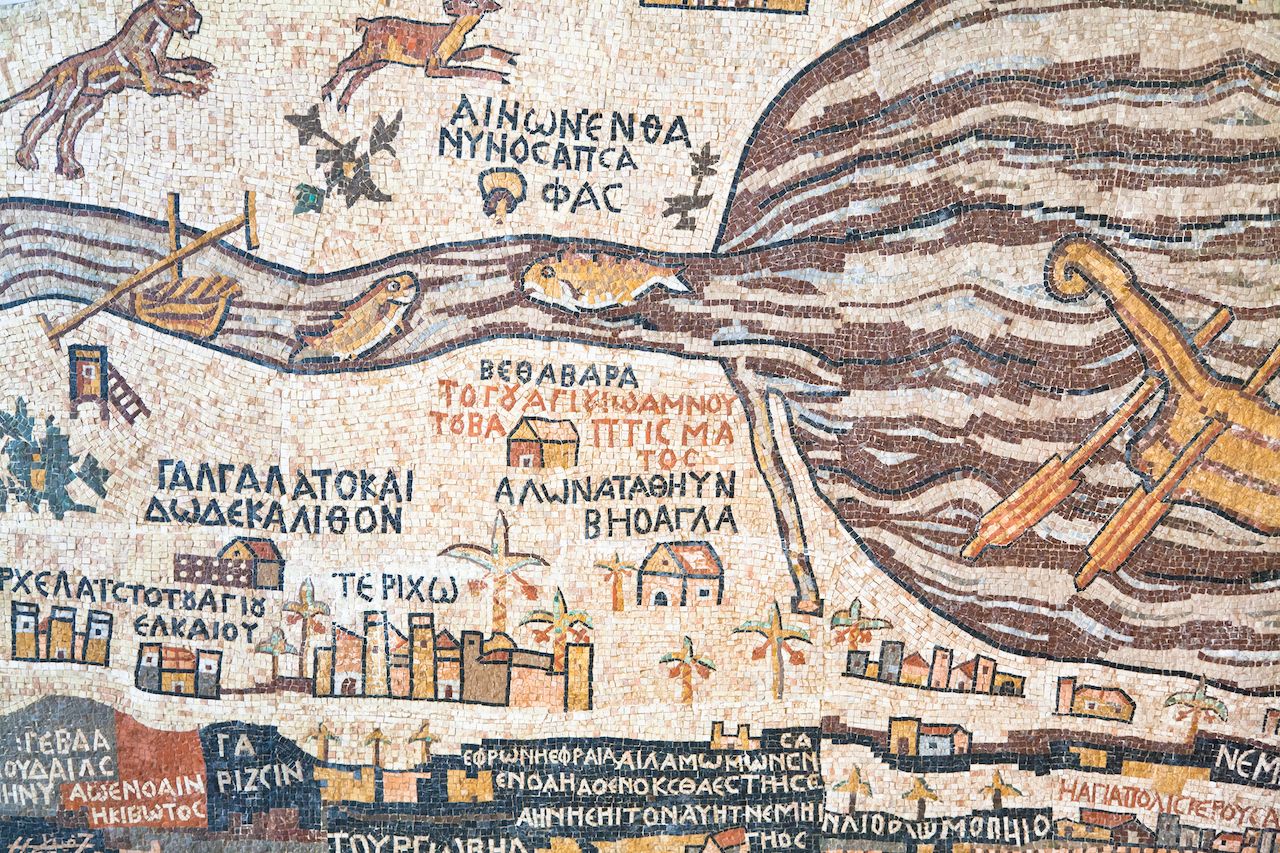 The oldest cartographic depiction of the Holy Land is in mosaic form and housed in the Church of St. George. The Madaba Map dates to the 6th century and was originally over 16m long and 6m wide. The central part (of what remains) focuses on the city of Jerusalem. It was discovered in 1894 during construction of a Greek Orthodox Church. 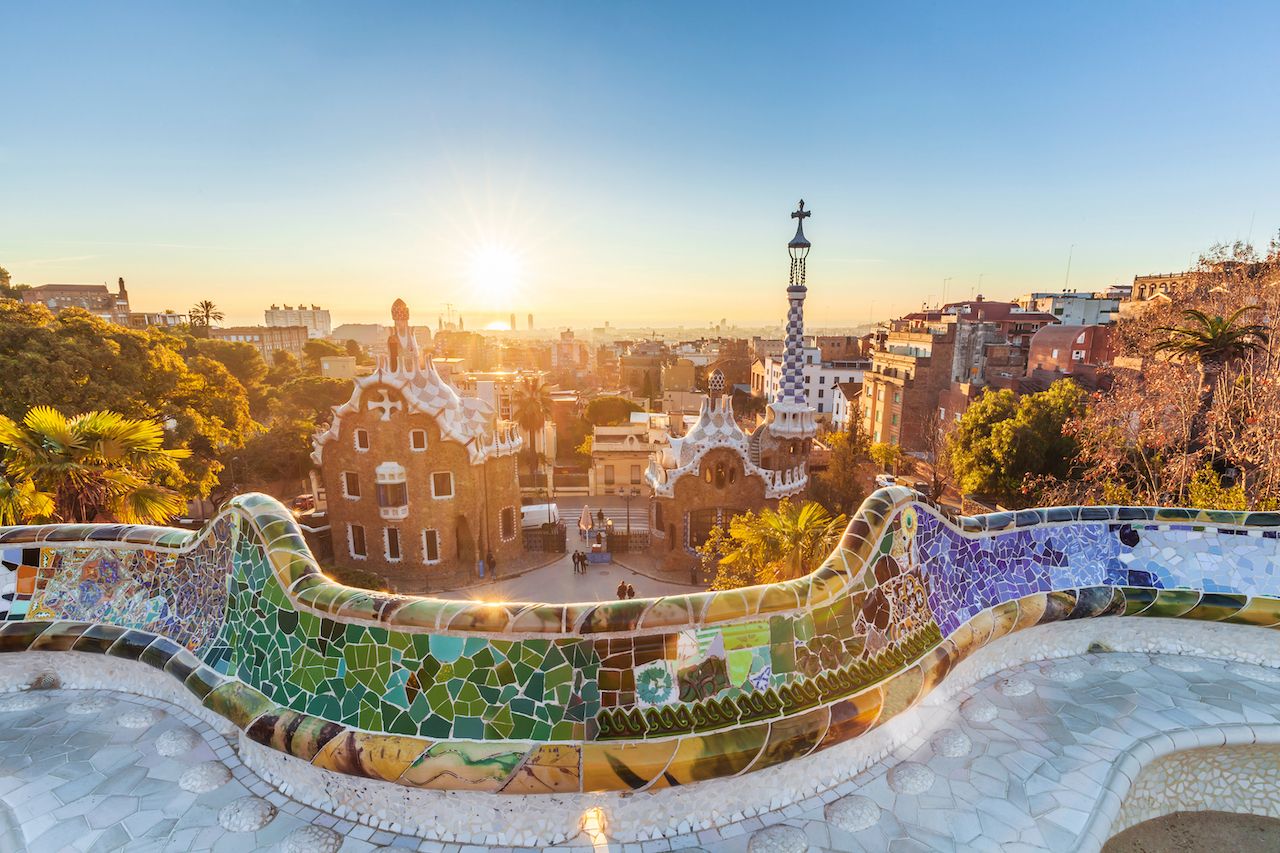 Antoni Gaudi may be most famous for La Sagrada Familia, but he’s also responsible for some pretty cool mosaic work in Parc Güell, a short bus ride from the church and up a steep hill. The park, designed by Gaudi and built between 1900 and 1914, contains long, winding rows of tile-covered benches surrounding a large dirt courtyard. A mosaic dragon greets you at the bottom of the steps when you arrive. 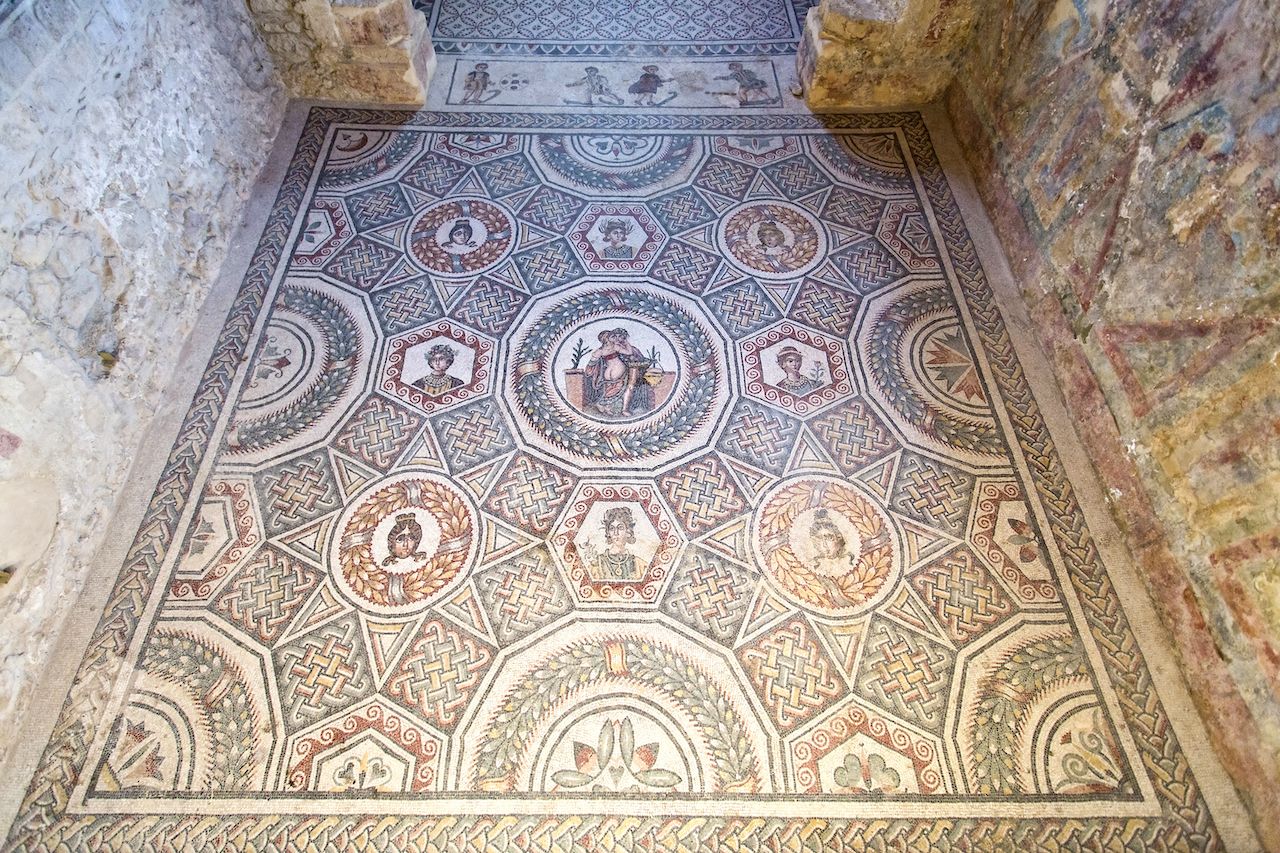 The Villa Romana del Casale, built in the early 4th century, was fully uncovered by three excavations between 1929 and 1960, revealing over 4,200 square yards of mosaic floor. Some of the scenes focus on Roman life, such as “bikini-clad” women partaking in sports like weightlifting and discus throwing, and also hunters with their dogs. The villa was recently added to the UNESCO World Heritage List.

This glass mosaic mural is one of the largest of its kind in the world. It hangs on the Villa Harvey Mandel building, an affordable housing complex, and measures 43 feet wide and 72 feet tall. It is among the last works of artist and designer Mr. Italo Botti, who died four months before its completion. 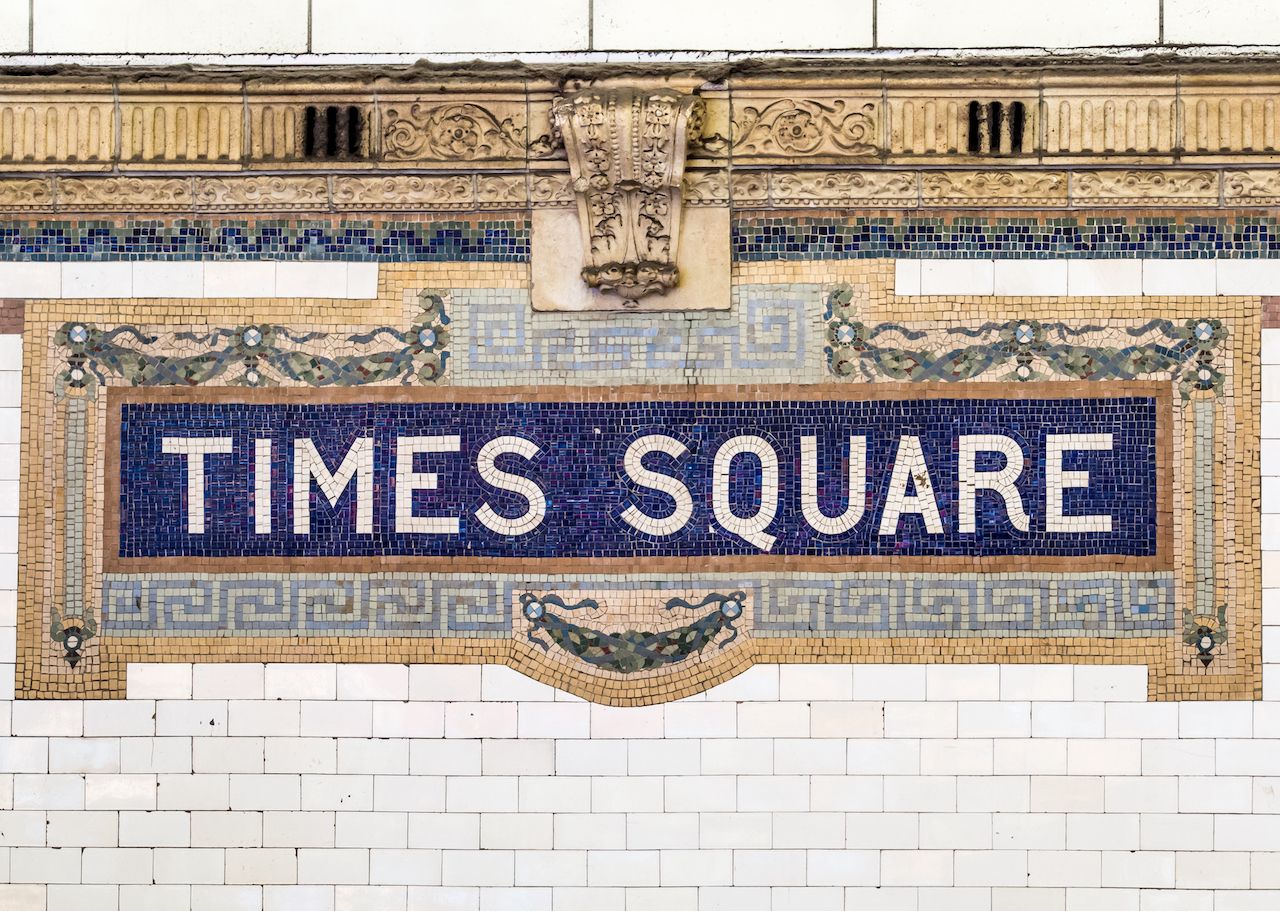 The NYC subway system is home to some pretty impressive works of mosaic art. The use of mosaics at subway stations was started by artist and architect Squire Vickers at the beginning of the 1900s. The exhibits are easy to bypass without giving notice — I lived in New York for three months and didn’t pay them much attention. Now I look forward to returning and paying the artwork the proper respect.

Nycsubway.org currently has 226 artworks listed around the subway system. 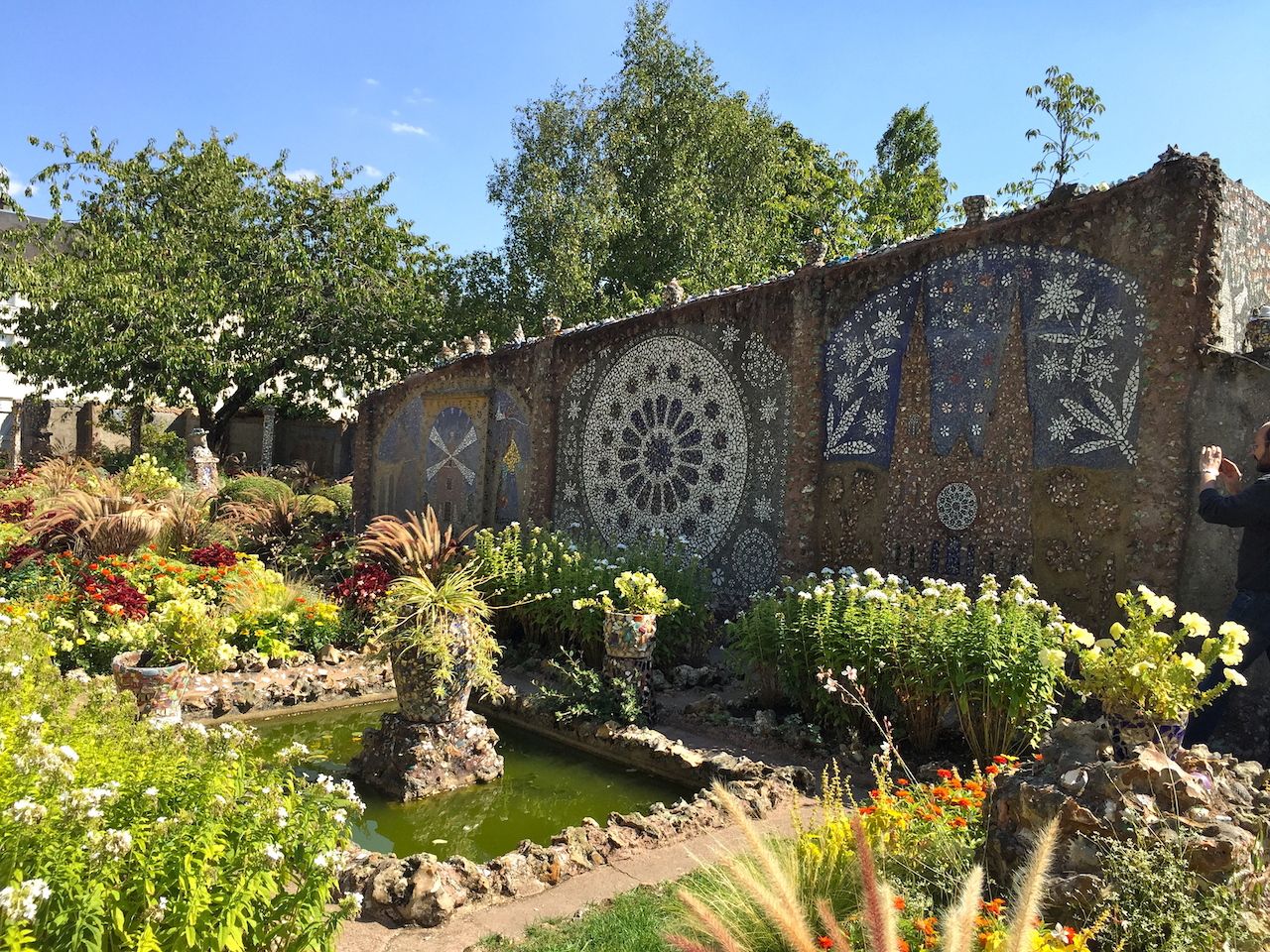 The work of art that is La Maison Picassiette is not nearly as old as many on this list, but I would argue just as impressive. The small house is located in Chartres, around 50 miles southwest of Paris. Between 1938 and 1964, Raymond Isidore covered his house, garden, courtyard, furniture, floors — everything by the looks of it — with broken ceramic tile. The house receives around 30,000 visitors per year.

For a virtual tour and detailed descriptions of it, click here. 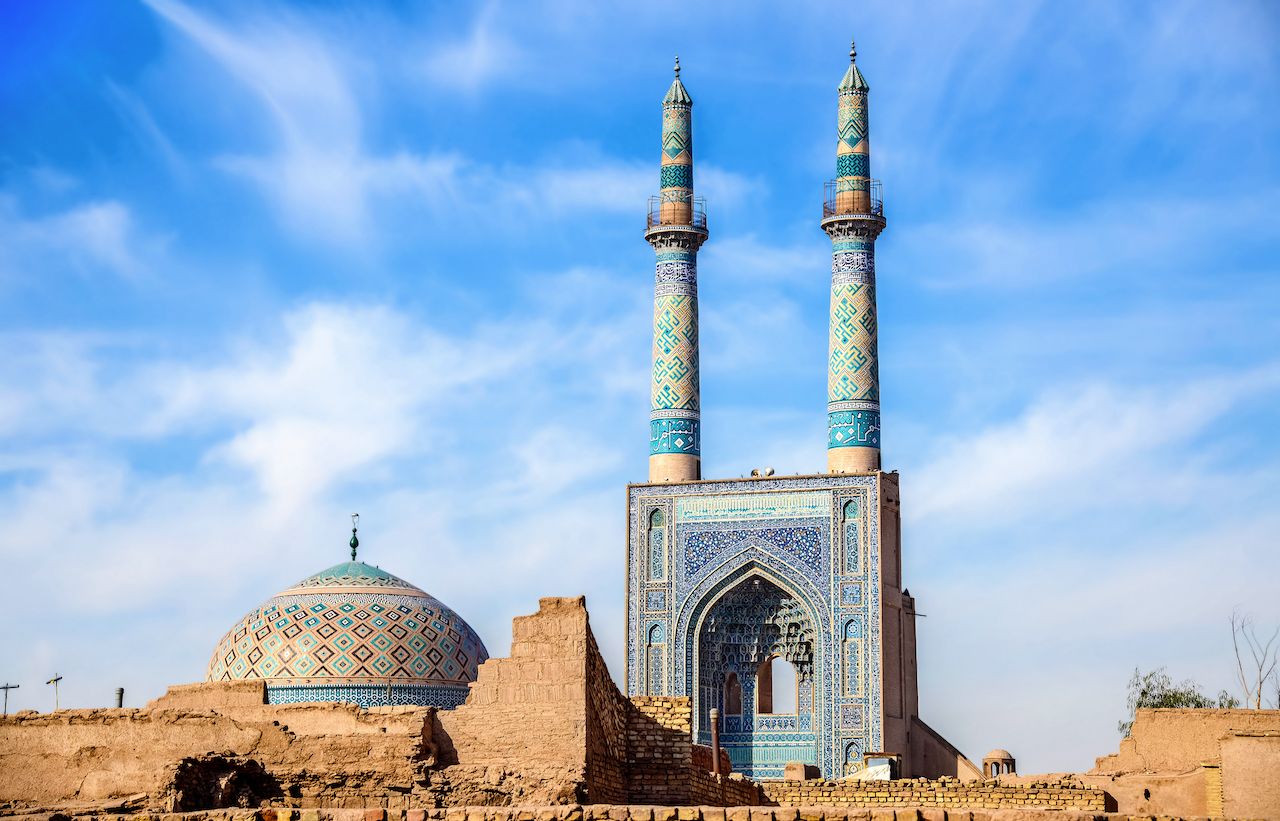 The Jāmeh Mosque of Yazd — originally constructed in the 12th century — was largely rebuilt in the 1300s. It is featured on the Iranian 200-rial banknote. The entrance — flanked by Iran’s tallest minarets at 48 meters — is completely covered in mosaic tile work, as is the large dome, minarets, and interior chamber.

“The Great Pavement” in Westminster Abbey was laid down in the 13th century when the Abbot of Westminster — after seeing a new floor in the Pope’s Roman summer home — brought back a ship full of marble, glass, and Italian craftsmen. The 24sqft floor is comprised of rare marbles, gemstones, and colored glass, with some of the material coming from recycled millennium-old monuments. The images inlaid depict the universe and its end. 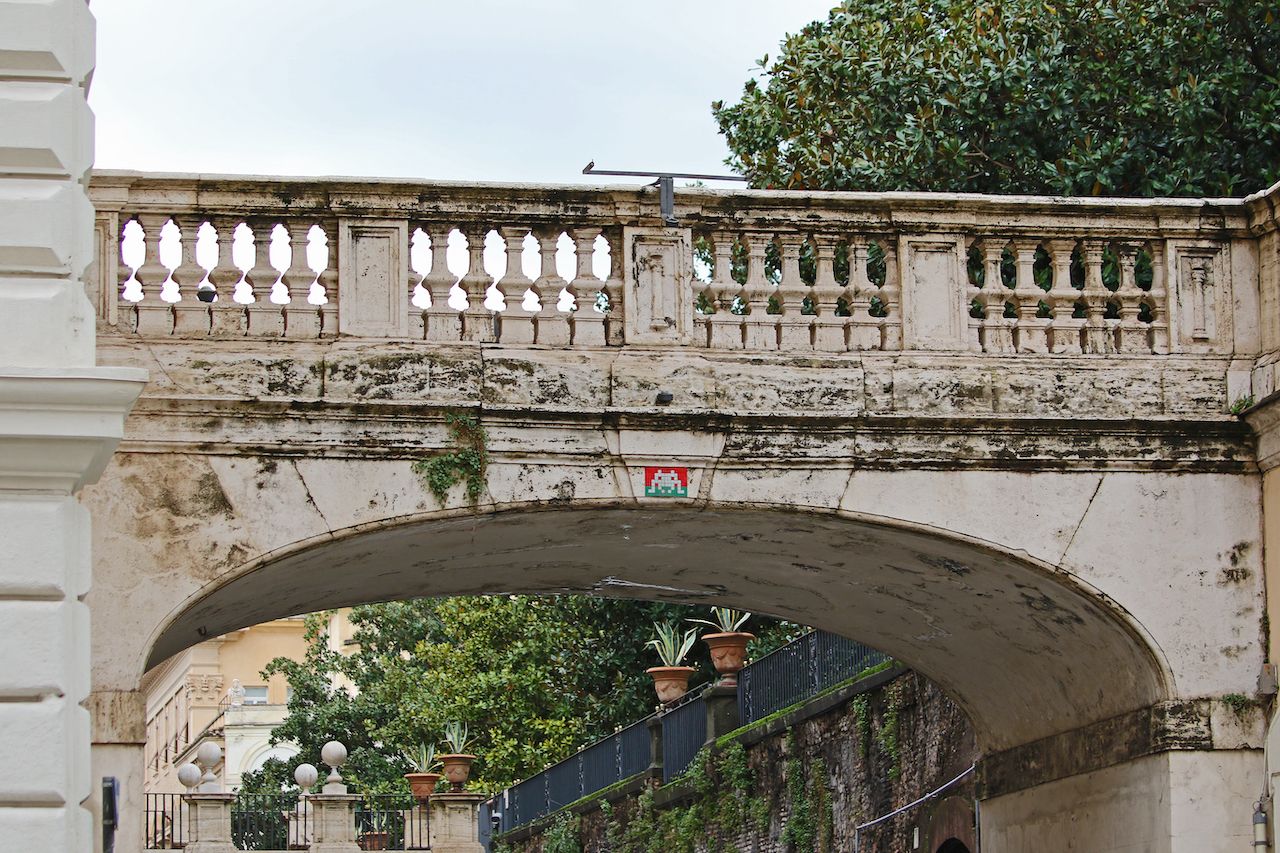 French street artist Invader has gained notoriety by throwing up mosaics of Space Invaders characters, as well as icons from other 1970s video games, in cities all around the world. He began this in 1998 in his hometown of Paris, still the most “invaded” city. Mosaic tiles are used as the pixels that make up the low-resolution figures. After he finishes invading a city, he documents his work in books using maps to guide people to his art.

He’s even hit up the Hollywood sign in California, his first mosaic going on the letter D in 1991. He has since placed one on each of the other letters.

No mosaics here, but nonetheless they are 13 of the Coolest Art Installations in the History of Burning Man.

Have you seen any cool mosaics during your travels? Let us know in the comments below.