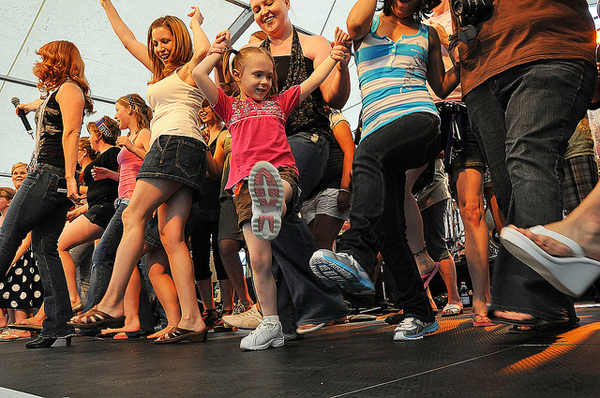 “Family-friendly” doesn’t have to mean “sucky.” Give the babysitter the night off, grab some party hats and poppers, and head out with your kids this New Year’s Eve.

As a kid, there was nothing I hated more than standing face-to-ass-level in a crowd of tall grownups. Decades later and topping out at just over 5 feet high, I still prefer to stay away from trample-happy crowds. The annual Brooklyn Bridge Walk Into the New Year promises to keep walking groups limited to 15-20 per guide and staggers multiple start times between 10:15pm and 11:15pm. Once midnight strikes, fireworks will be visible to walkers from various locations including Central Park, Brooklyn, Staten Island, and New Jersey. 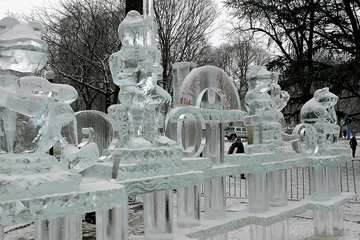 First Night celebrations occur in cities across the United States, but Boston — where the tradition began in 1976 — is where it’s still done best. Festivities begin in the afternoon on December 31, continuing through midnight at over 30 different venues scattered across downtown Boston, culminating in a midnight firework show over Boston Harbor. Visit FirstNight.org to plan your day using their interactive schedule, which includes events ranging from film festivals to ice sculptures, and even a poetry slam or two.

Once the sun goes down, there is no better way to entertain a kid than with shit that glows in the dark. Free to the public, Gloworama is held in downtown Houston from 7pm until midnight on New Year’s Eve. Give your burnt corneas a break after the illuminated Art Car Parade, 3-D light show, and fire spinners, and head over to the Discovery Green Ice Rink for some late-night twirls until the fireworks start at midnight. 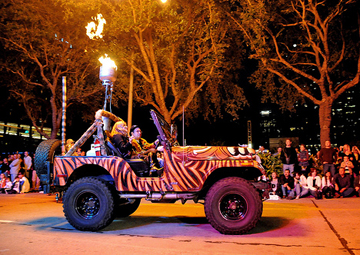 Take advantage of one of the biggest storms the Sierra has seen in decades by taking your family out to Lake Tahoe for New Year’s Eve this year. After a pow day at one of Lake Tahoe’s 7 mountain resorts, head to the rail jam at the South Shore Celebration in Heavenly Village. Once you’re done ice skating, getting your face painted, and repeatedly making your kids ride the sledding simulator with you, watch the gondola drop from the top of Heavenly’s East Peak.

Until I was old enough to realize that working at the zoo meant handling a lot of poop, I wanted nothing more out of life than to wear khaki and bottle-feed baby animals. Maybe your kid has loftier goals than I did, but I bet they still secretly dream of being in the zoo after hours. The Oregon Zoo is hosting a New Year’s Eve sleepover, complete with a nighttime behind-the-scenes safari, animal presentations, and midnight festivities. I only wish I had a kid to drag along to this event. 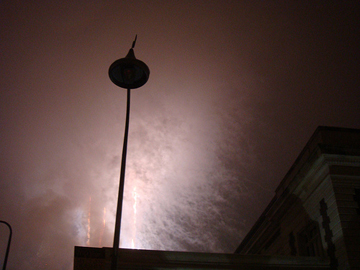 Okay, I know. New Year’s Eve in Hershey, Pennsylvania, with some teenaged Disney-sponsored musical acts sounds a bit painful. But if you have any budding pre-teens to entertain, this free event just might buy you one more year of attitude-free adoration. Besides… there’s obviously going to be a lot of chocolate involved. Check out their schedule of events online at HersheyNewYears.org.

Even if celebrating midnight at noon might be a bit tame for your little hellions, you get to do it in disguise. The Port Discovery Masquerade Bash gets you and your kids one more chance to whip out last fall’s Halloween costume. From 10am to 3pm, enjoy various crafts and activities, cultural presentations, and most importantly, the opportunity to eat cookies while dressed like Cookie Monster.

The OC Fair opens its doors on December 31 for its first New Year’s Eve Block Party celebration. From 7pm to 2am, you can tour the four stages to check out live music, the demolition derby, and even a “comedy hypnotist.” The real reason I want to attend the Block Party, though, isn’t the tribute bands and hastily-assembled carnival rides — it’s the 50+ food trucks that will be lined up inside. 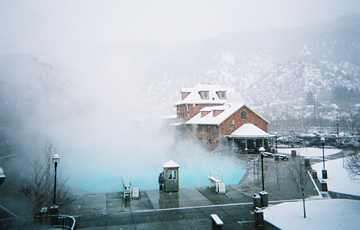 Ring in 2011 with your family in your swimsuits! Sound like torture on a cold winter night? Not at Glenwood Hot Springs, where the world’s largest natural hot springs pool will stay open until 1am. The outdoor pool is fed by the mineral-rich Yampah spring and is kept at the perfect toasty temperature to soak in while wearing your party hat — especially if you’ve spent the day shredding at one of the many nearby Colorado ski resorts.

Get the kids all hopped up on candy, pound a Red Bull, and head out to Fort Lauderdale’s 12-hour-long Downtown Countdown celebration. Be sure to arrive early to give the little ones a chance to burn off all that sugar and excitement doing backflips in the bounce house and dancing to the long lineup of musical entertainment — by the time the event ends at 3am, you’ll hopefully be in bed.

Take to the skies over Cappadocia, Turkey

5 tips for traveling with kids during COVID-19

Summer camps for BIPOC children are diversifying the outdoor experience