The American west has always represented a land of vast and transcendental beauty. Even now, with national parks strangled by tourists hoping to capture a glance at purple paradises, the west’s mysticism remains embedded in the American psyche. Like an alternate universe accessible yet intangible, the west lingers on in the American mind.

Montana, the fourth largest state by size in the USA is home to large swaths of nationally protected land including the much lauded Glacier National Park. It is home to an abundance of wildlife, including the most bears of any of the lower 48 states. Wild habitats and wilder men’s histories have intertwined to form the rugged Montana ethos, with legends of mountain men and mounted native warriors illuminating imaginations.

John Steinbeck, one the most celebrated authors of the American literary canon famously said “I’m in love with Montana. For other states I have admiration, respect, recognition, even some affection. But with Montana it is love.” 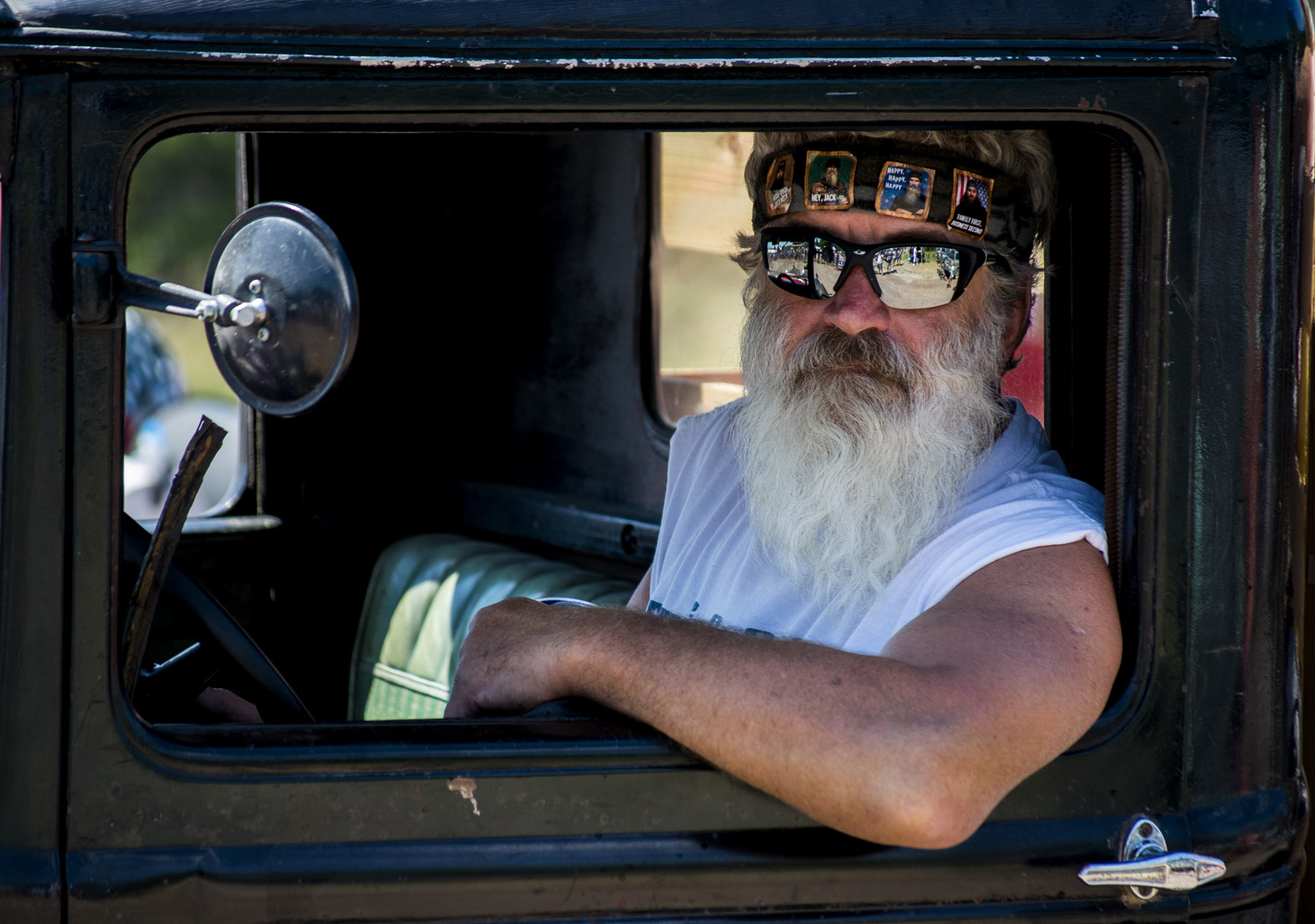 In a state largely founded lumberjacks, ranchers, miners, and cowboys, rugged masculinity is celebrated still today. There's a reason why they call it 'Man'tana. I briefly met this man, Big John, up at Polebridge in Glacier National Park during a July 4th Parade. 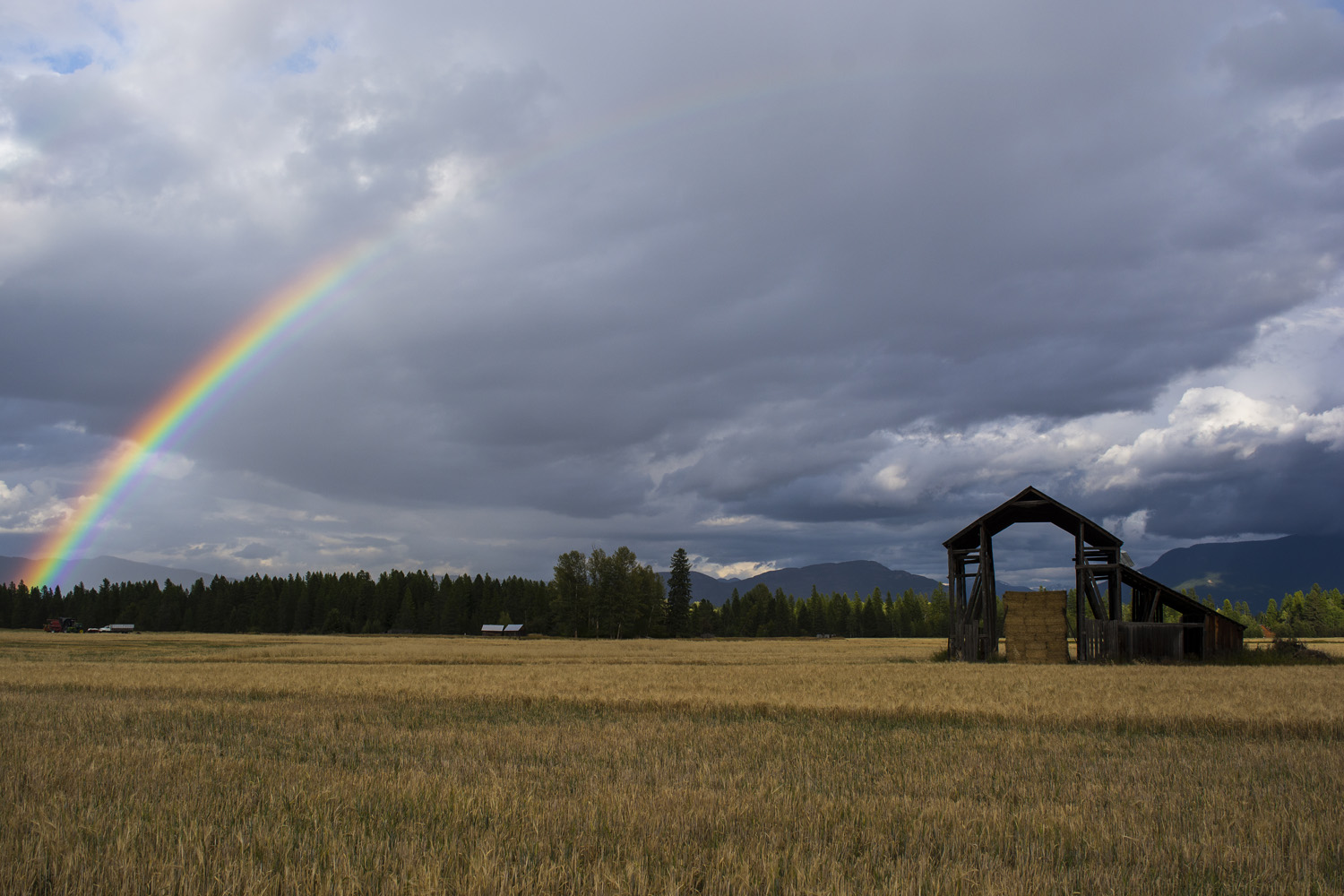 I must have driven past this barn 100 times, but had to pull over to snap a shot with the rainbow and the big sky as the backdrop. The barn may not have much in the way of walls but this farmer is doing a good job of keeping his freshly harvested hay dry. 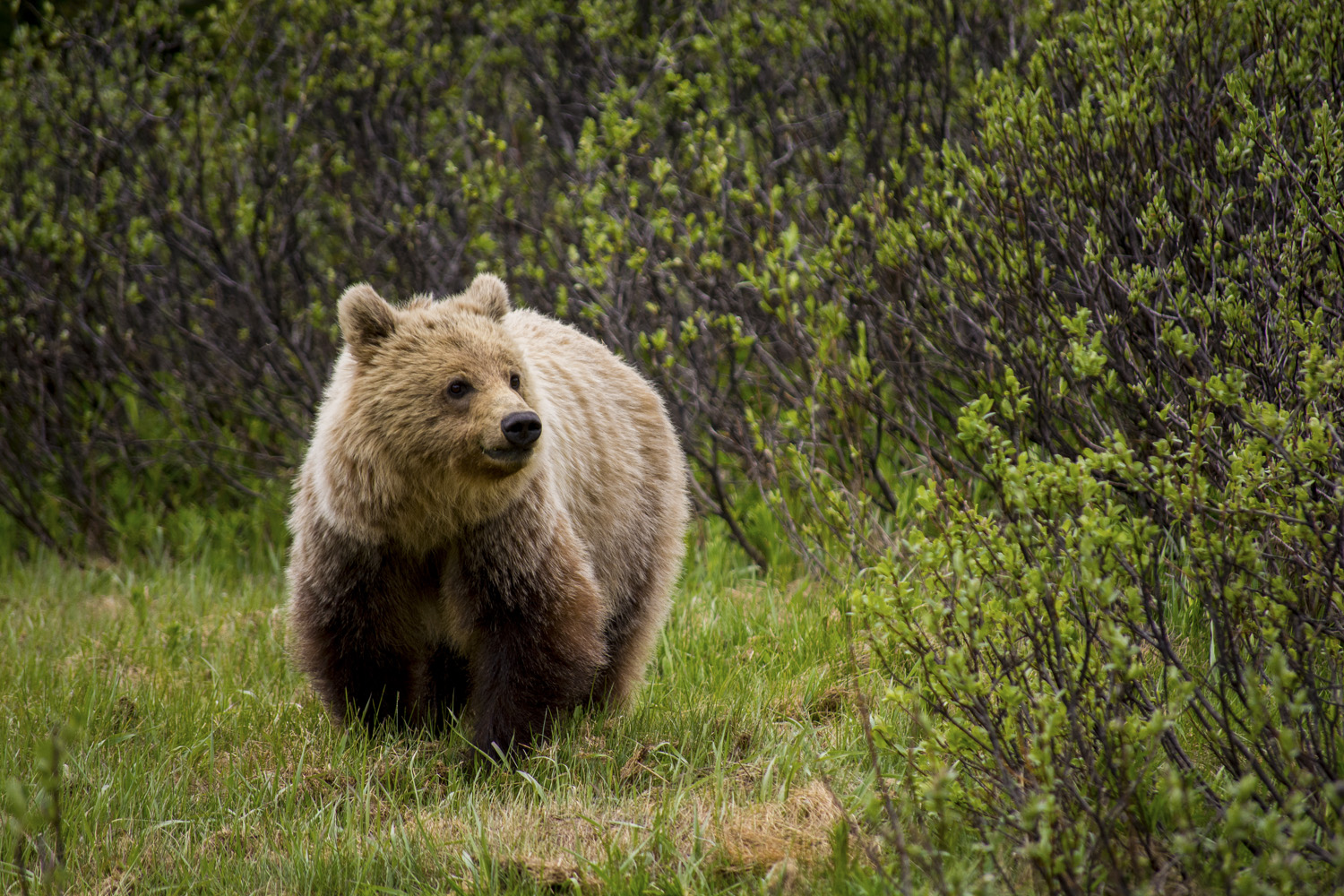 In Montana I'm always on the lookout for wildlife anytime the trail emerges from a wooded area into an area with grass and shrubs. This young grizzly, probably 2 or 3 years old was foraging for roots among the grass and shrubs when I saw her. She looked at me, smiled, and kept going about her business, so I snapped a couple shots and did the same. 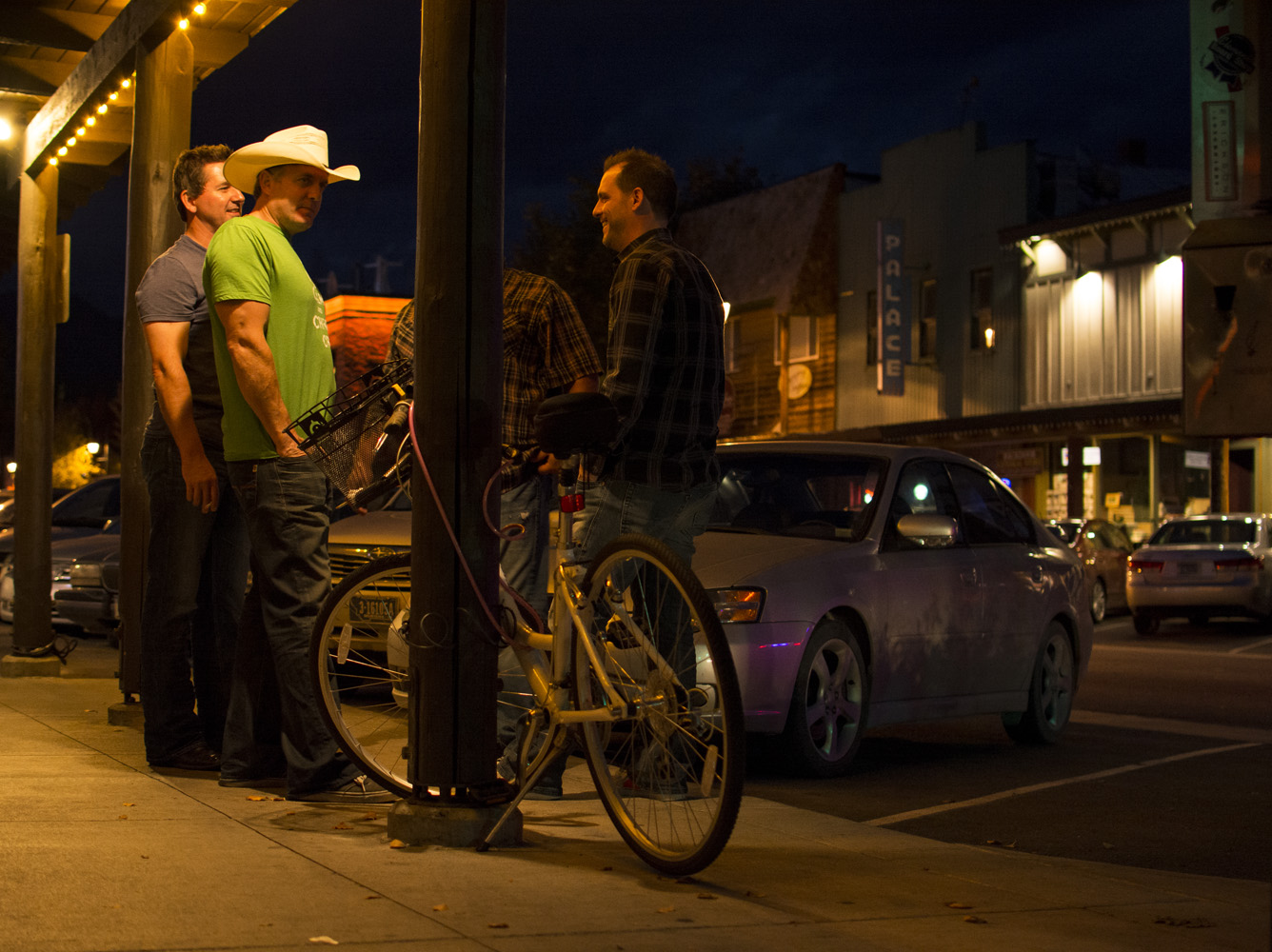 Whitefish is 65 miles from the Canadian border, and its population swells with Canadian tourists from Alberta during the summer months. These Canadian men had a few days off from their hitches in the oil rich Alberta Tar Sands. Local economies in northwest Montana benefit from the disposable incomes of well-off Canucks. 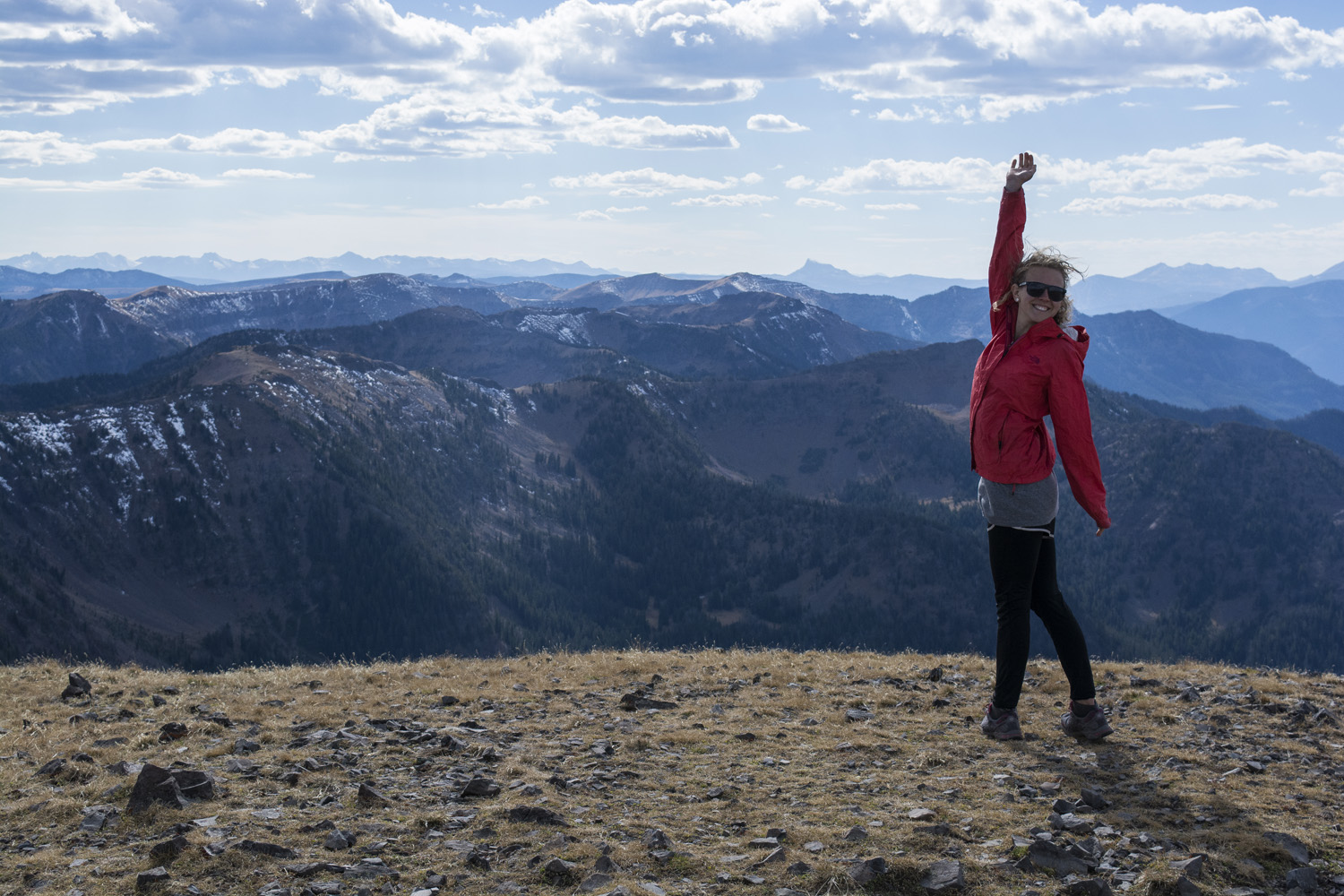 Just outside Bozeman is the Gallatin Nation forest with a great selection of of well groomed trails and easily accessible peaks. This photo is from Hyalite peak facing west. 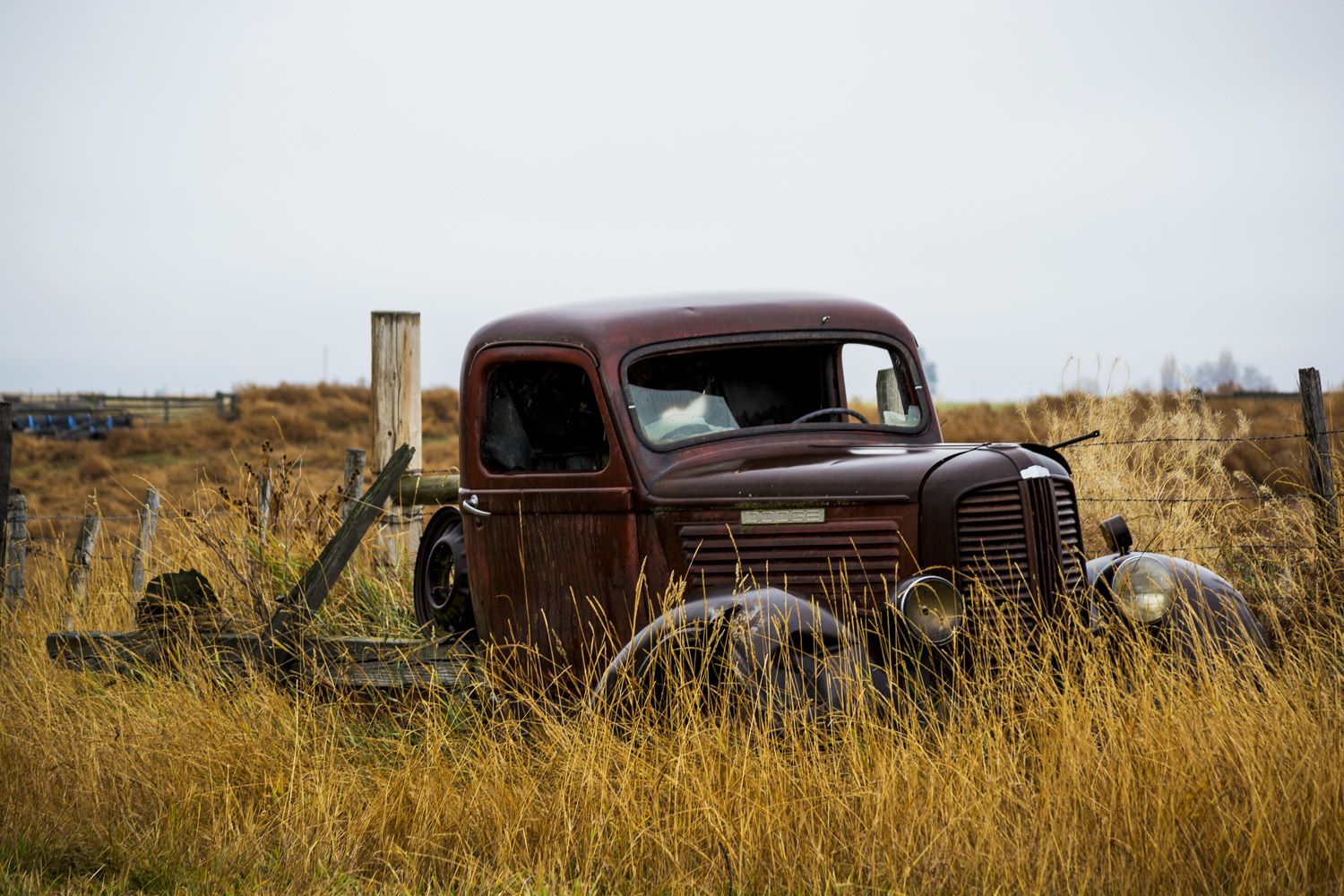 Signs of the past

The savage reality of living in most places in Montana is startlingly reminiscent of Marquez's magical realism. Everywhere there are signs that nature's robustness is unrelenting, with the power to reclaim established places and things. 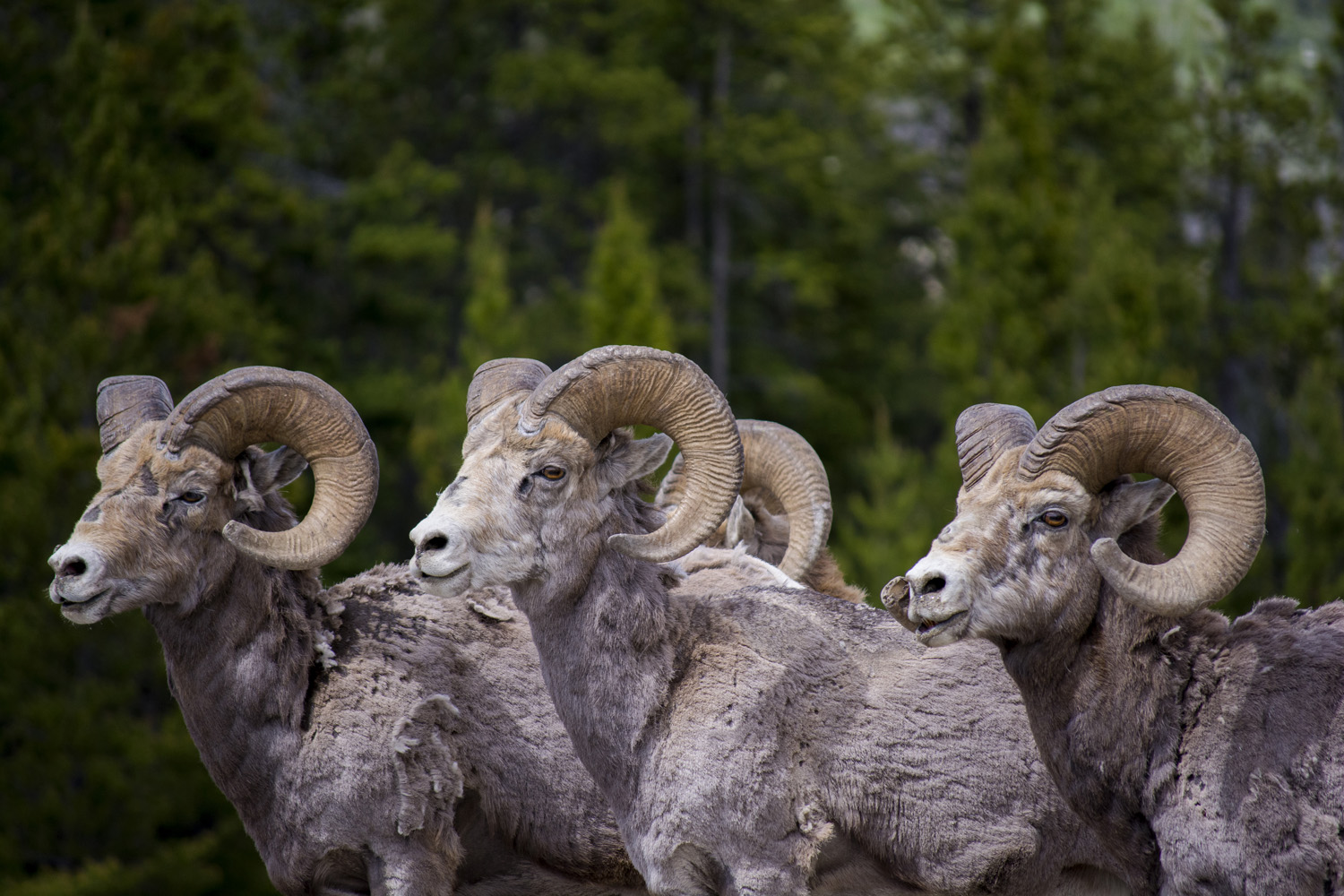 Bighorn sheep can be seen all throughout Glacier National Park, especially near the continental divide. I was hiking to Hidden Lake when I came across a gang of about 6 bighorns grazing and relaxing. Lucky enough for a photographer, they like to stand absolutely still for periods at a time. 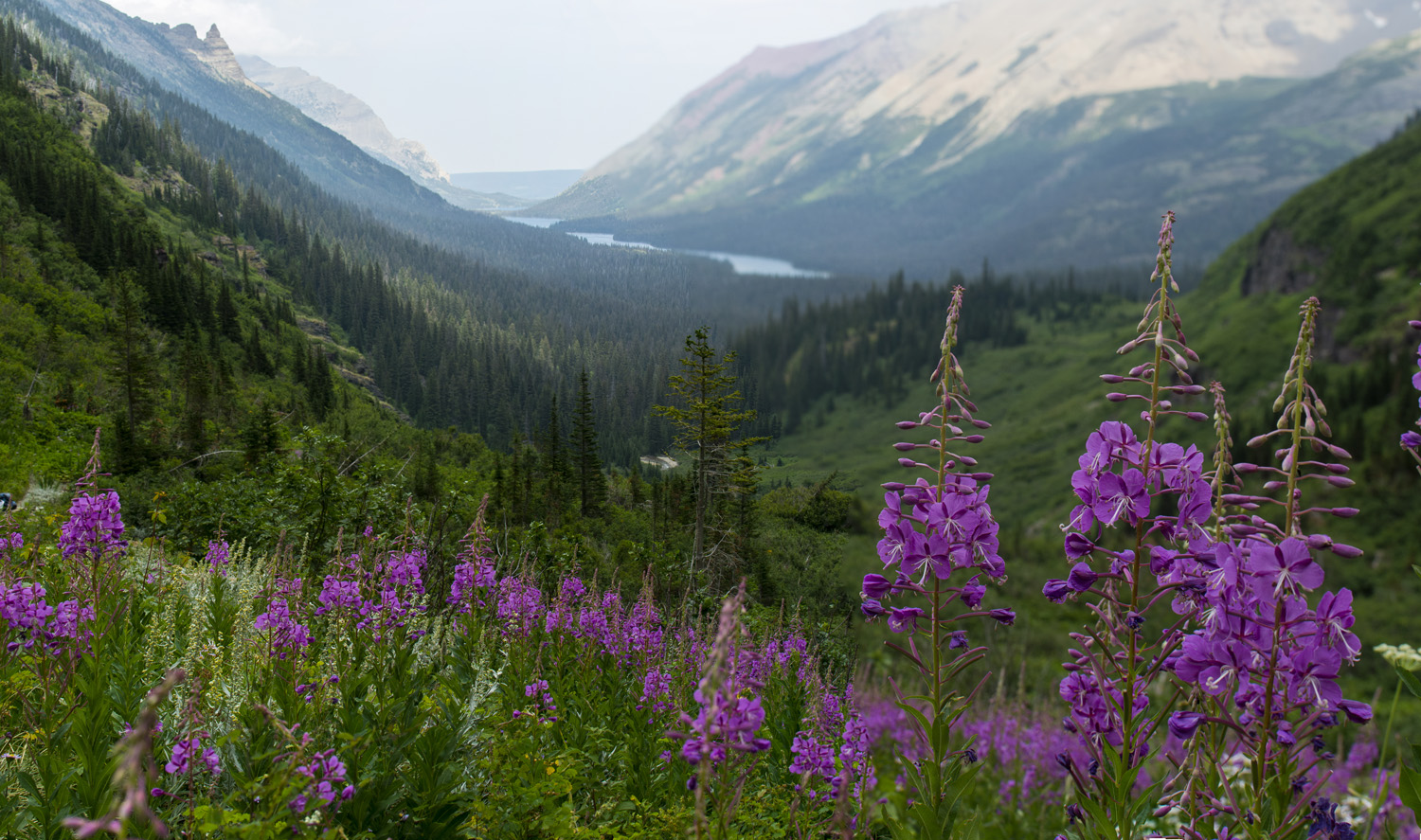 The northeast corner of Glacier National Park is far less traveled than most areas, with lush river valleys, abundant wildlife, and best of all - less tourists. The purple edible fireweed was in full bloom when Lia and I explored the area on a 3 day backpacking trip. 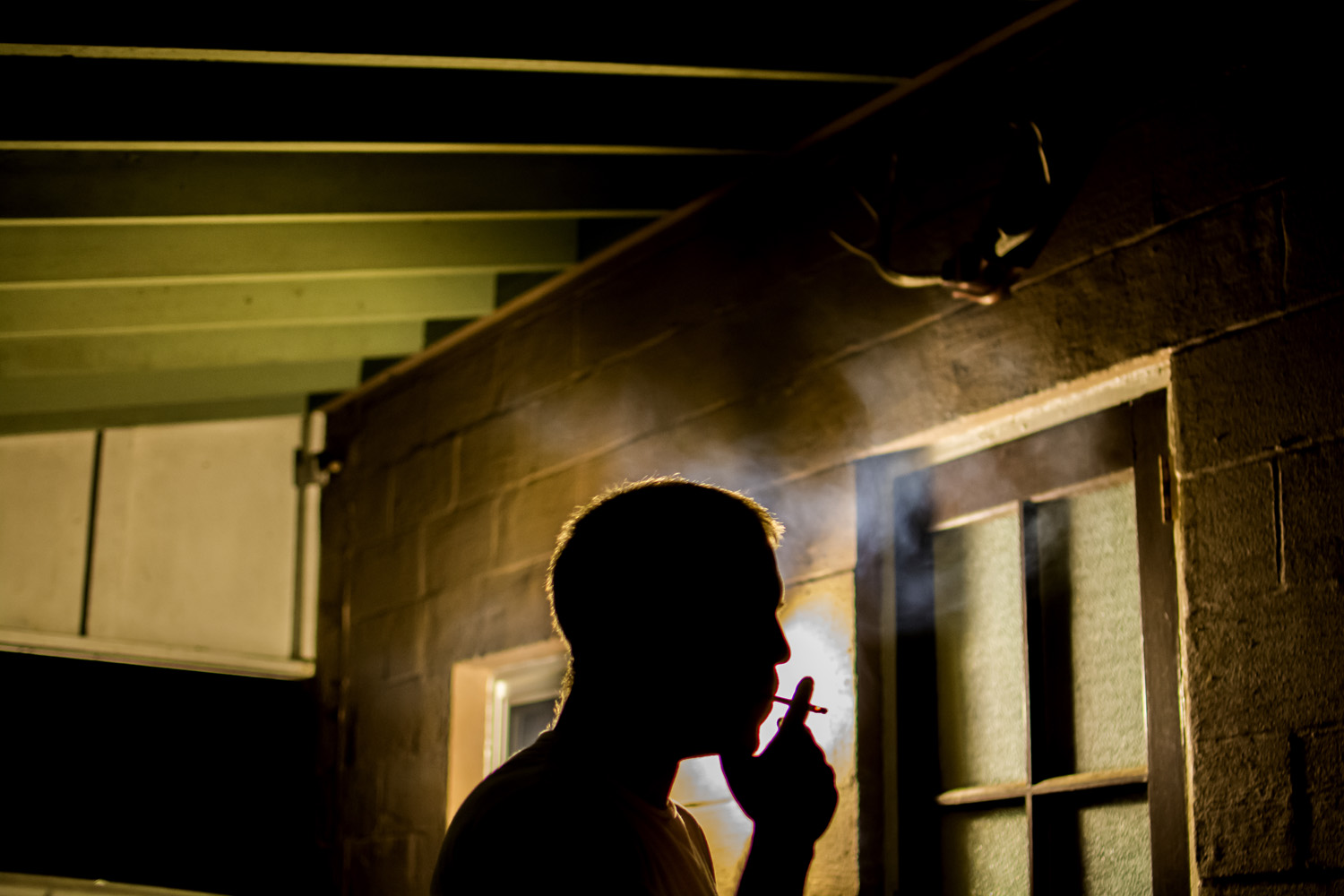 My buddy Tyler M. has been living off the grid since graduating school with an engineering degree back in 2008. He cultivates close to a half acre of vegetables to stay fed and has a wood stove for heat. He makes his way into town mostly for cigarettes, beer, and other food staples

Bowman Lake in Glacier National Park is a treasure to behold. Autumn is an especially colorful time, with the yellow Tamarack Larch speckling the landscape, just before the Montana winter hits. 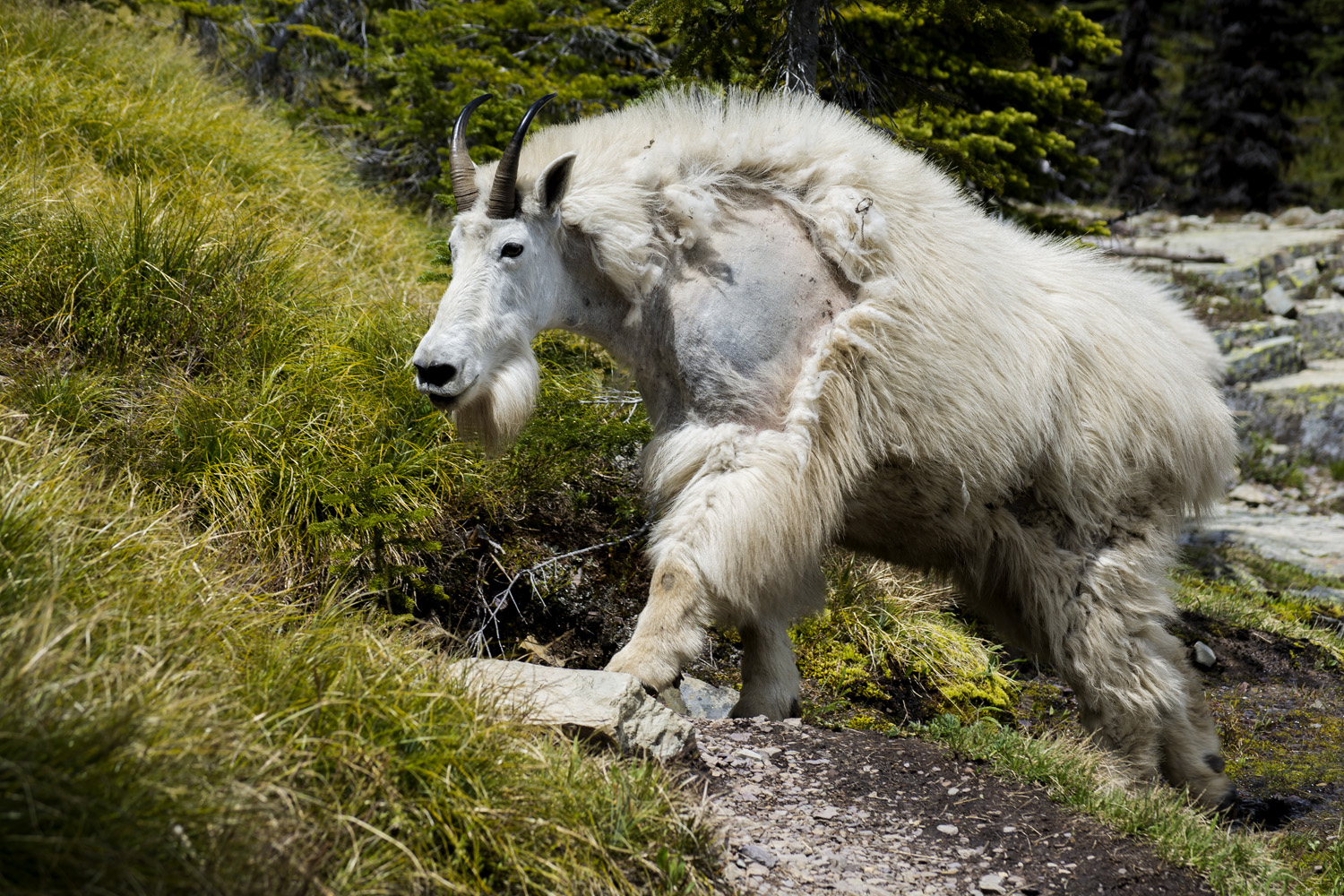 I was hiking to the Mount Brown summit in early Spring when all of the sudden I had some comrades following behind me on the trail. Two mountain goats, shedding their winter furs had decided to take the freeway. I stepped aside and they passed, regarding me with the affectionate indifference of the wild. 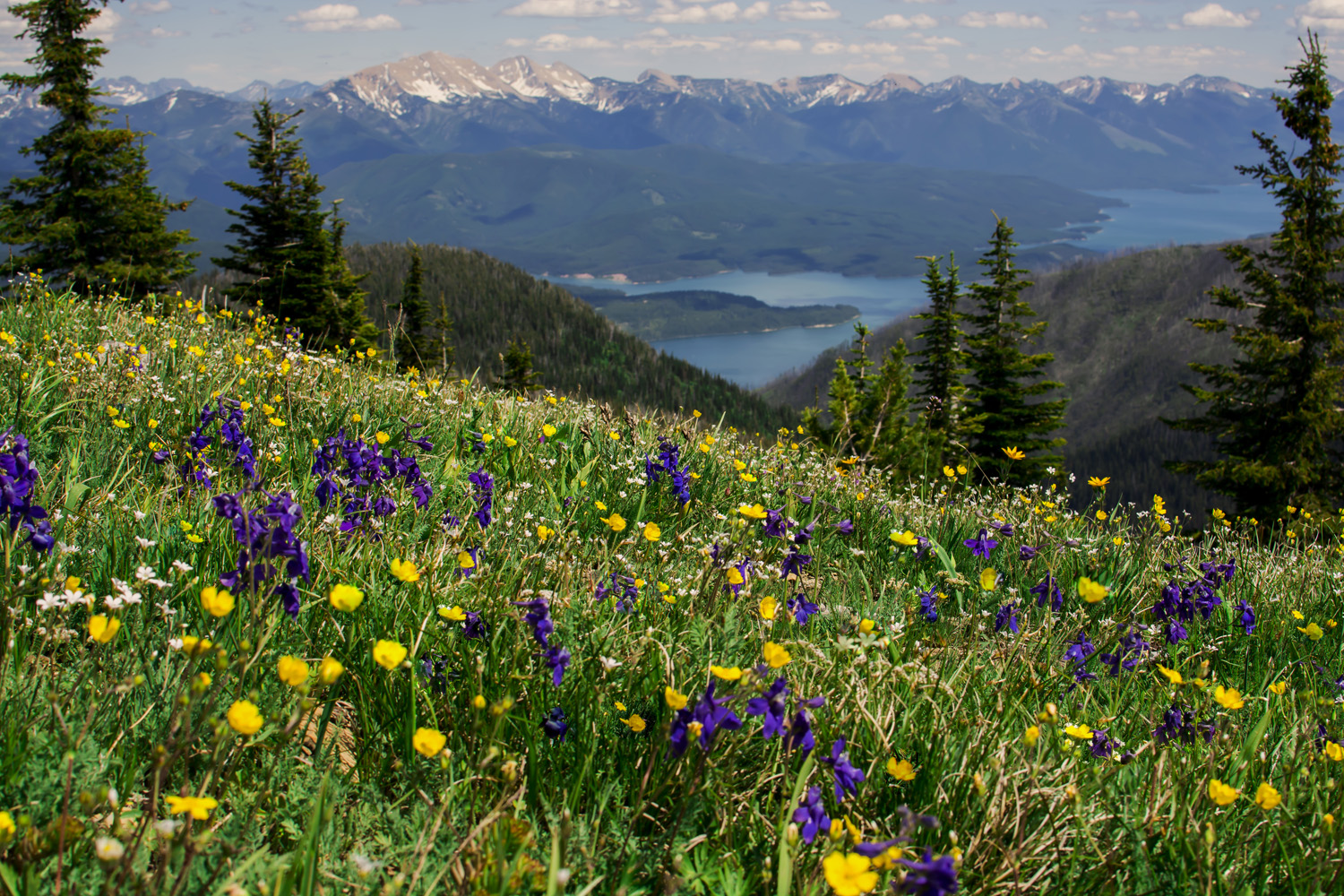 Yellow glacier lilies and purple lupine thriving at Columbia Mountain, Montana, in the Swan Mountain Range, just over 8000 feet. Its a great day hike, around 11 miles round trip. 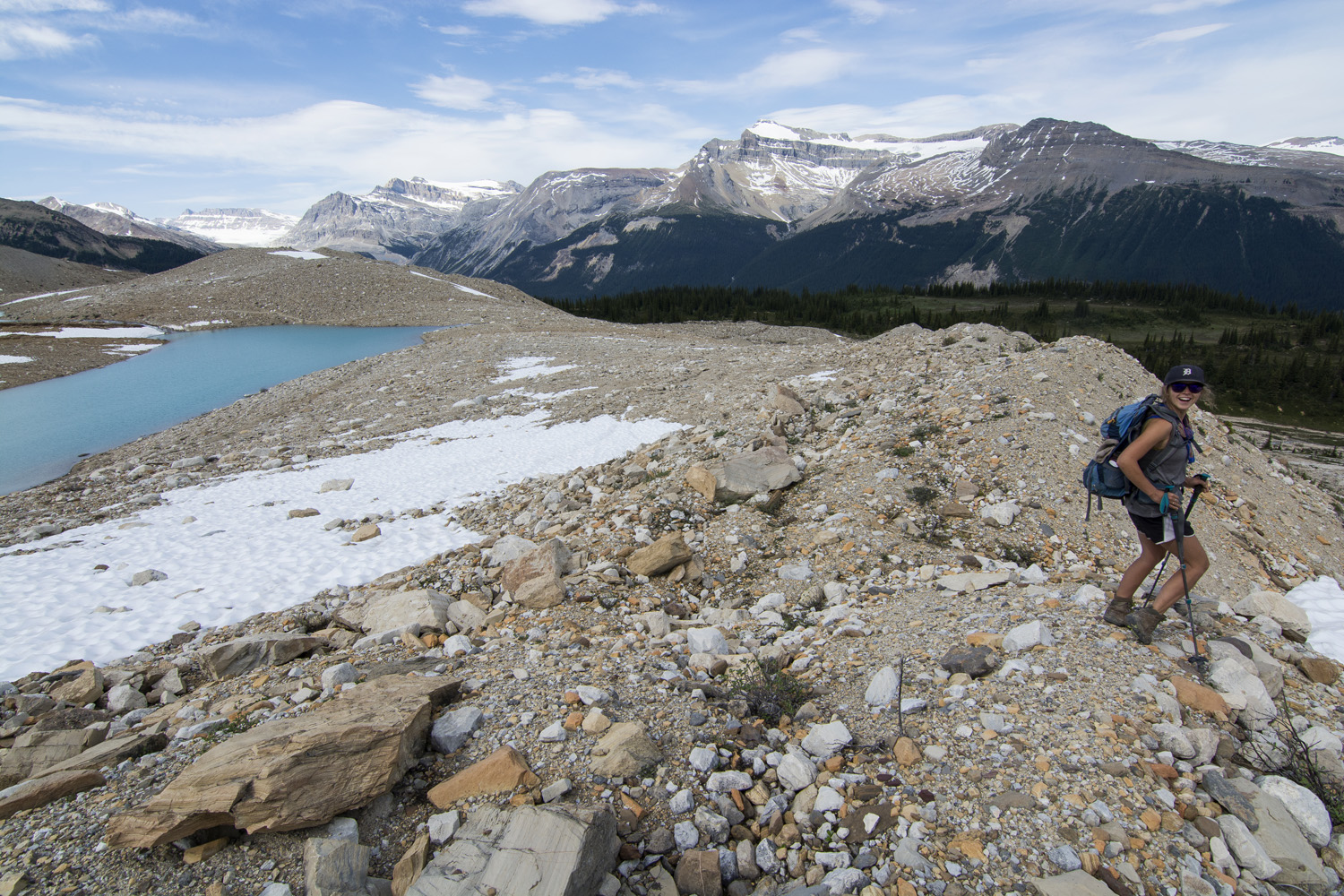 Having a partner who shares your interests is always ideal, especially when it comes to hiking and camping. Hiking alone can be fun now and again but exploring with your partner to me is the American Dream in a lot of ways. 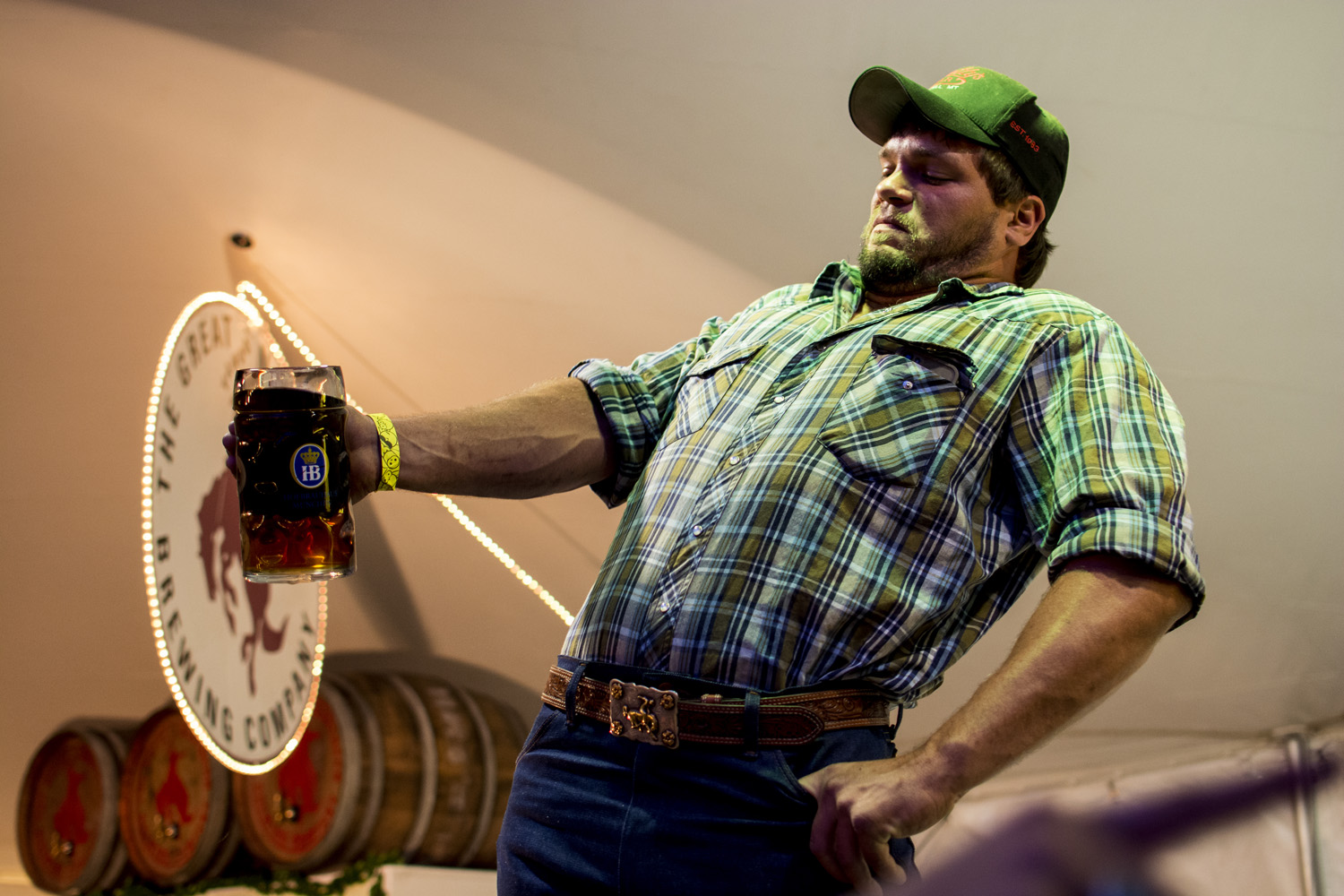 This young lumberjack from Lincoln County, MT took home the gold in the beer stein holding contest in Whitefish, MT. My friend Alan picked him as early favorite in the contest. When I asked him why he thought so, he explained "He's the only one with his shirt tucked in."

Tagged
Photo + Video + Film
What did you think of this story?
Meh
Good
Awesome
✖
travelstoke
Download the mobile app
stoked by