OVER 40,000 BUDDHIST TEMPLES can be found in Thailand, most of which are decorated in lacquer and gold. One exception is Chiang Rai’s Wat Rong Khun, also known as the White Temple. Clad in white and silver, the Chalermchai Kositpipat-designed site attracts locals and foreigners alike to gawk and photograph.

You begin on the pat that leads towards the main temple entrance. The walkway is surrounded by hands reaching up from hell, elaborate dragon figurines, seemingly demonic severed heads, and horned warriors protecting the entrance. A likeness of Predator can be found on the grounds, among other unconventional features, including figurine heads of Hellboy, Pinhead, and Freddy Krueger hanging from a nearby tree.

Chalermchai requests that the inside of Wat Rong Khun not be photographed — murals featuring images of Keanu Reeves, Michael Jackson, Elvis Presley, Spiderman, and Superman (among other interesting characters and designs) are found within.

With all the numerous features uncommon with regards to a Buddhist temple, it’s no surprise that so many people make the journey to visit Wat Rong Khun. Below, enjoy 21 great images of Wat Rong Khun’s exterior, courtesy of some of these photographers from around the globe. 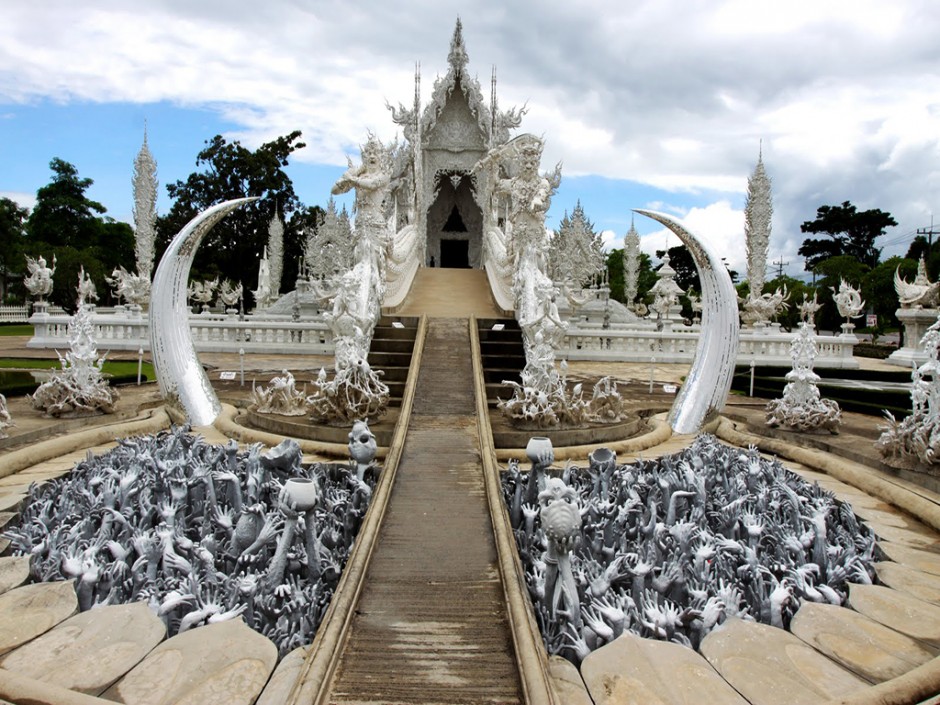 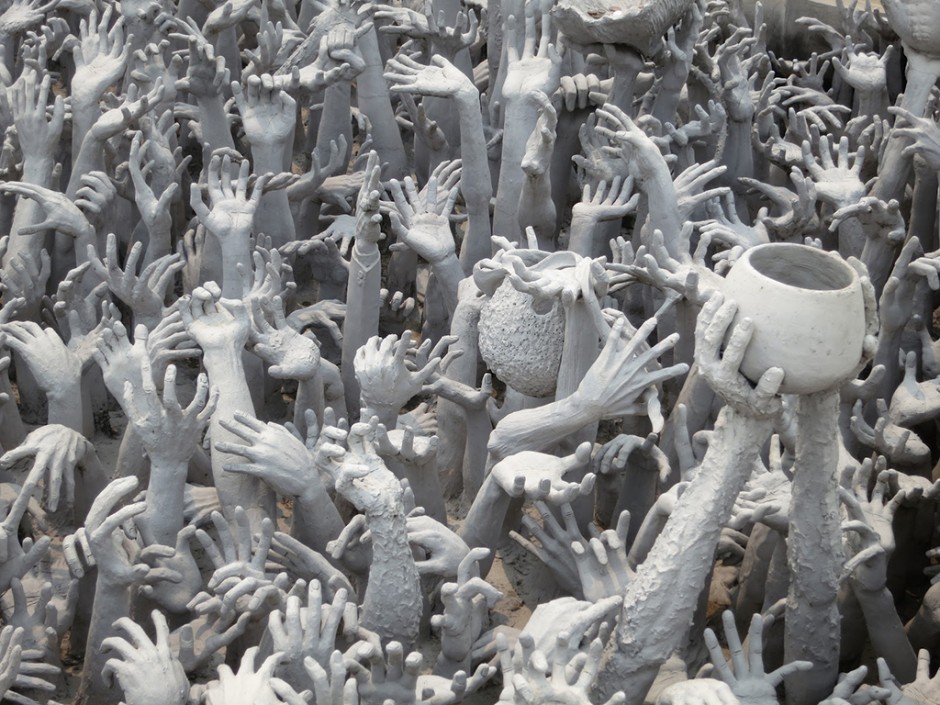 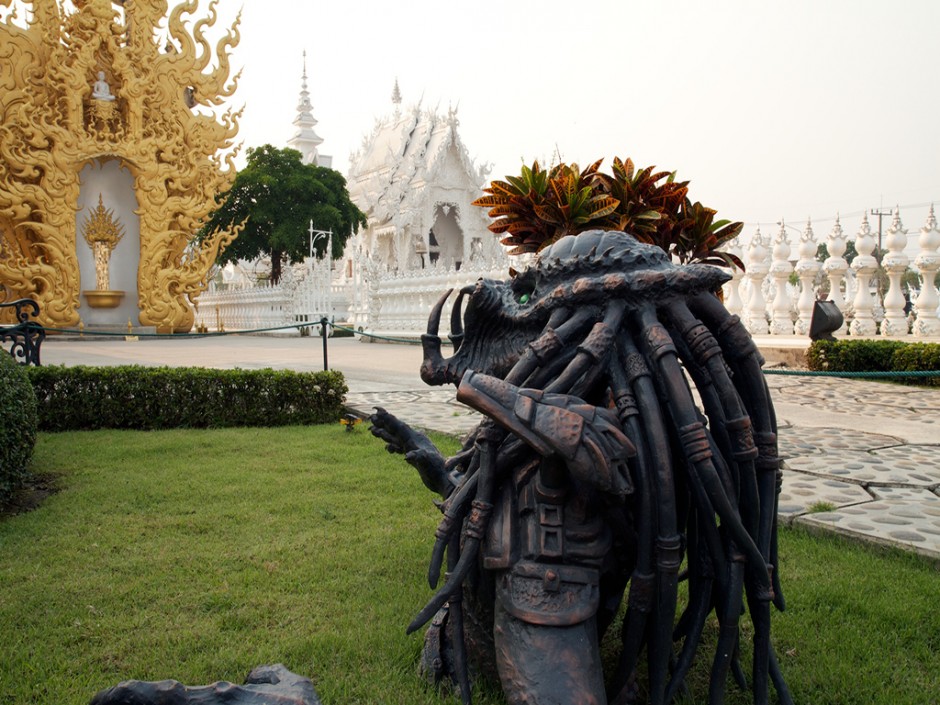 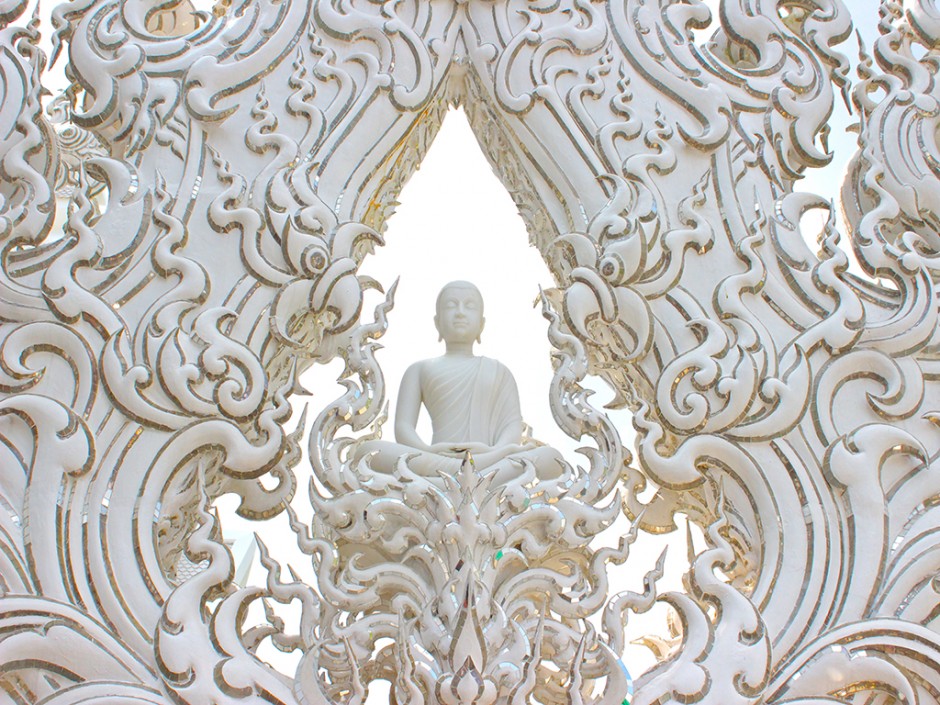 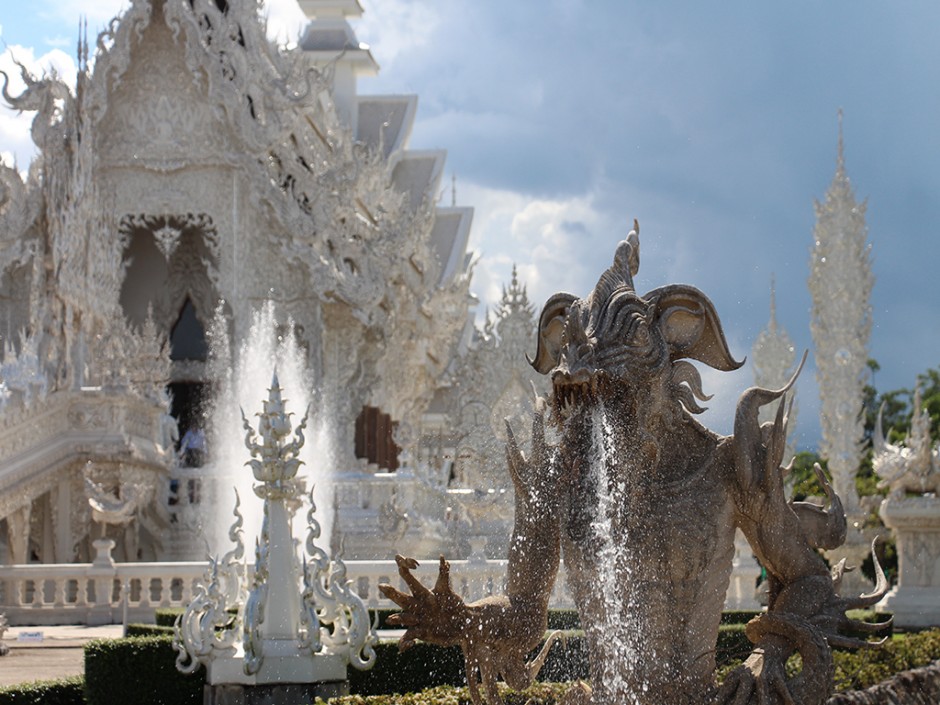 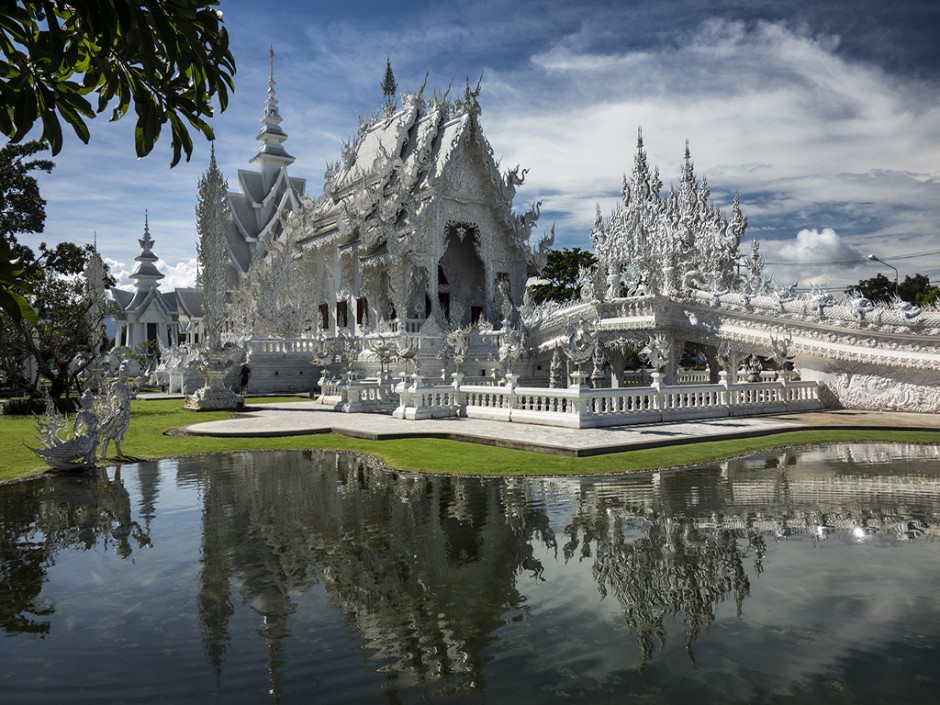 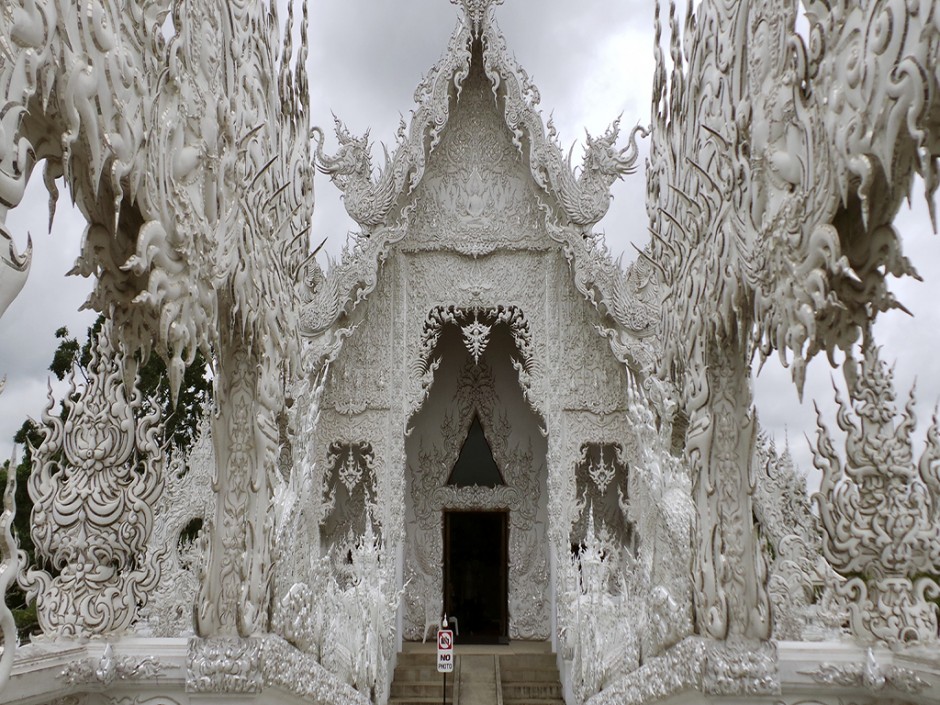 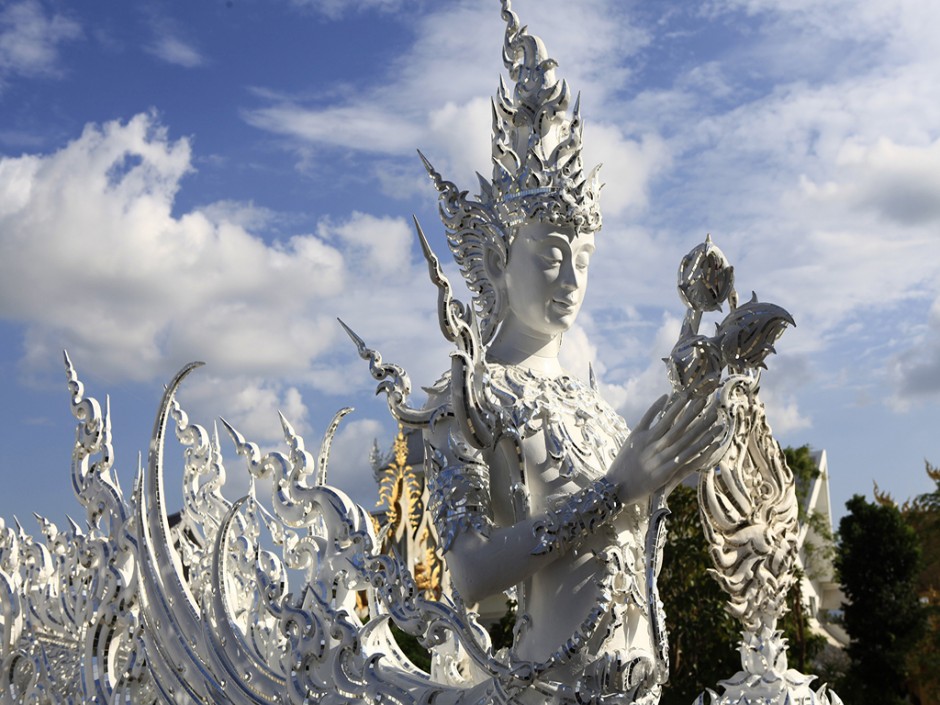 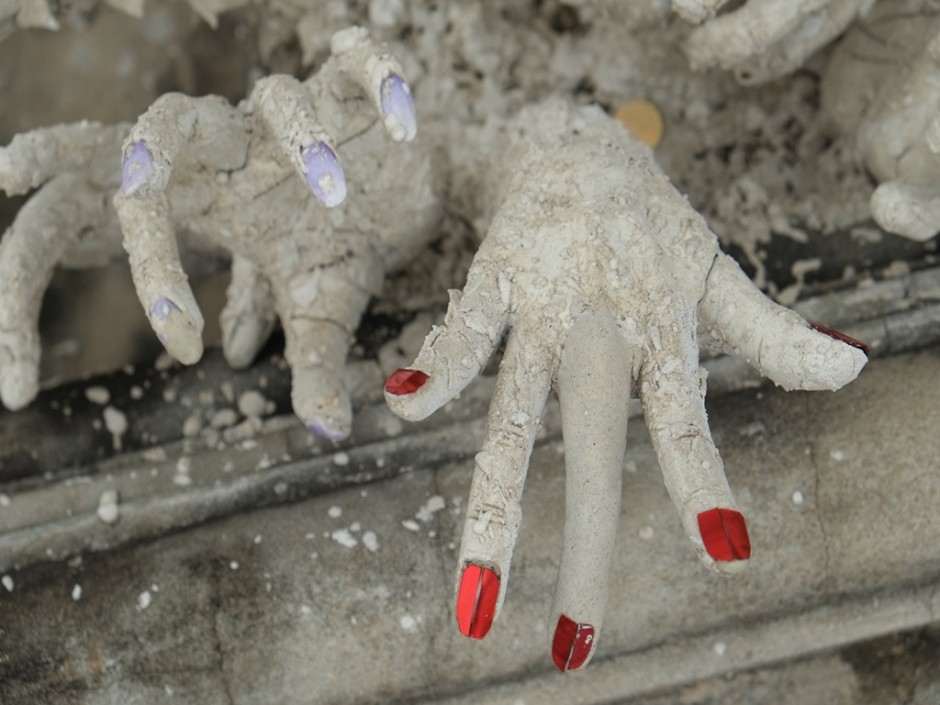 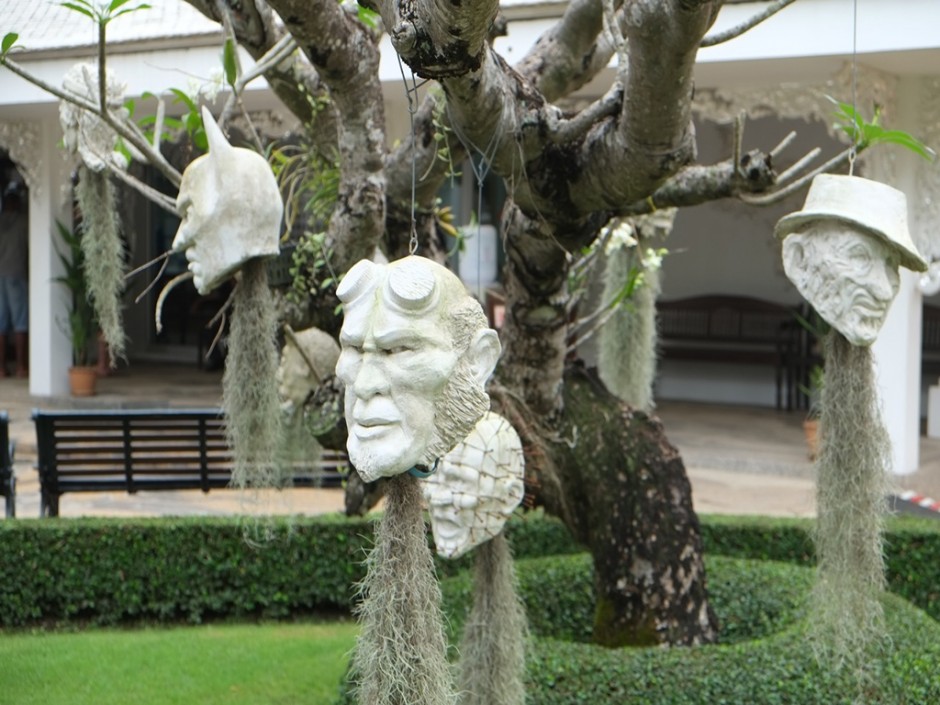 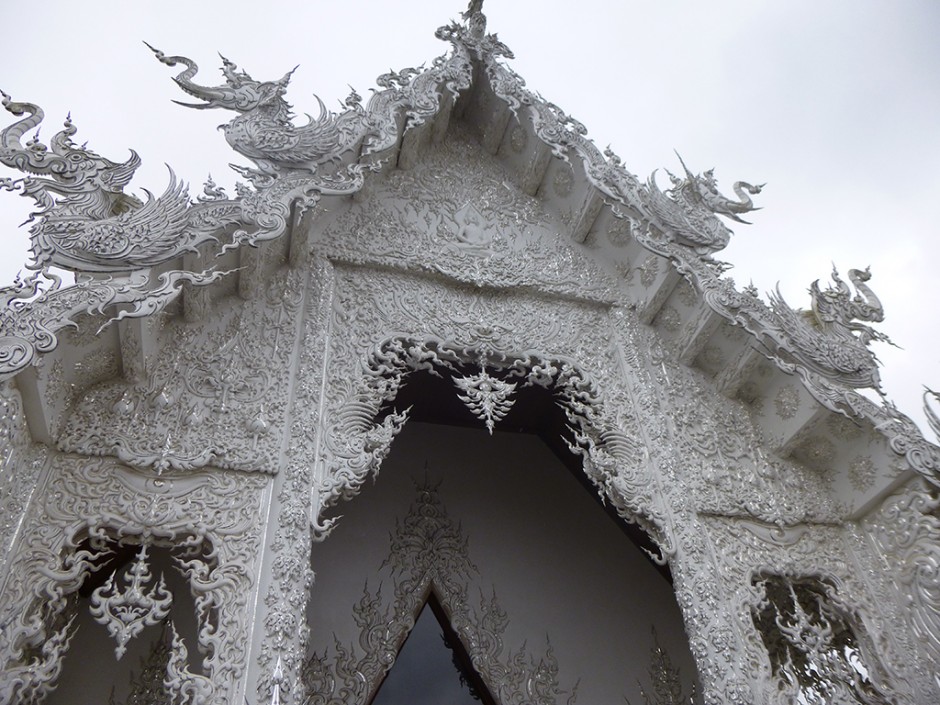 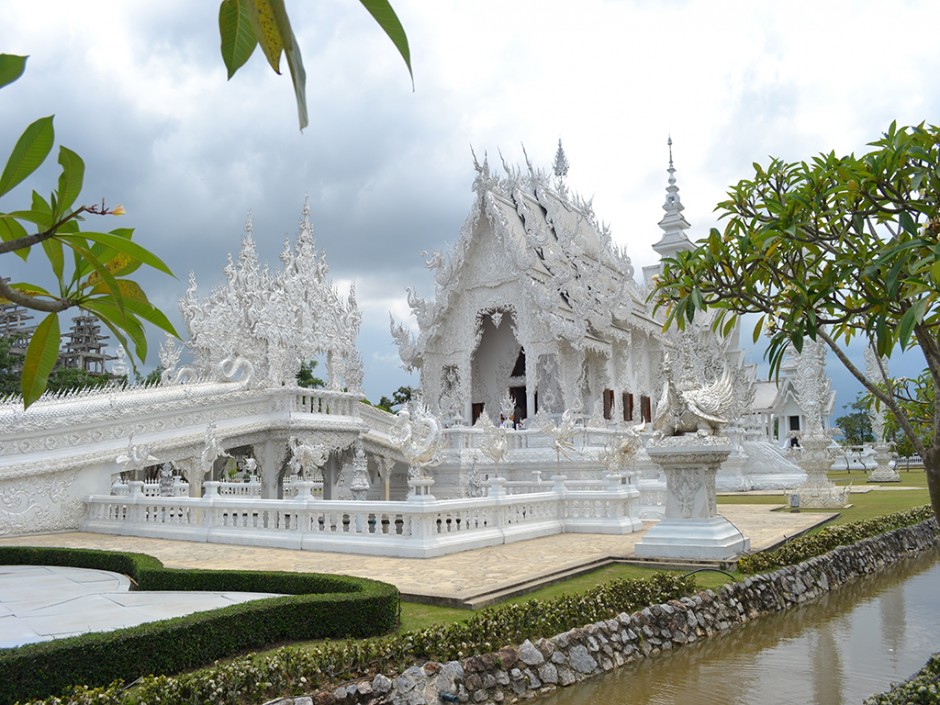 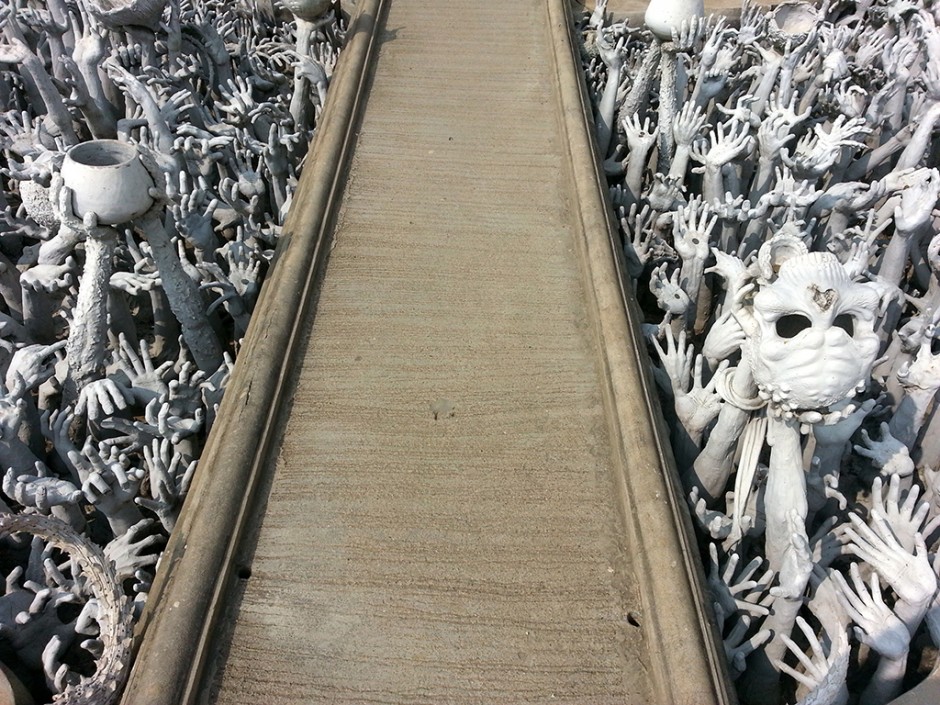 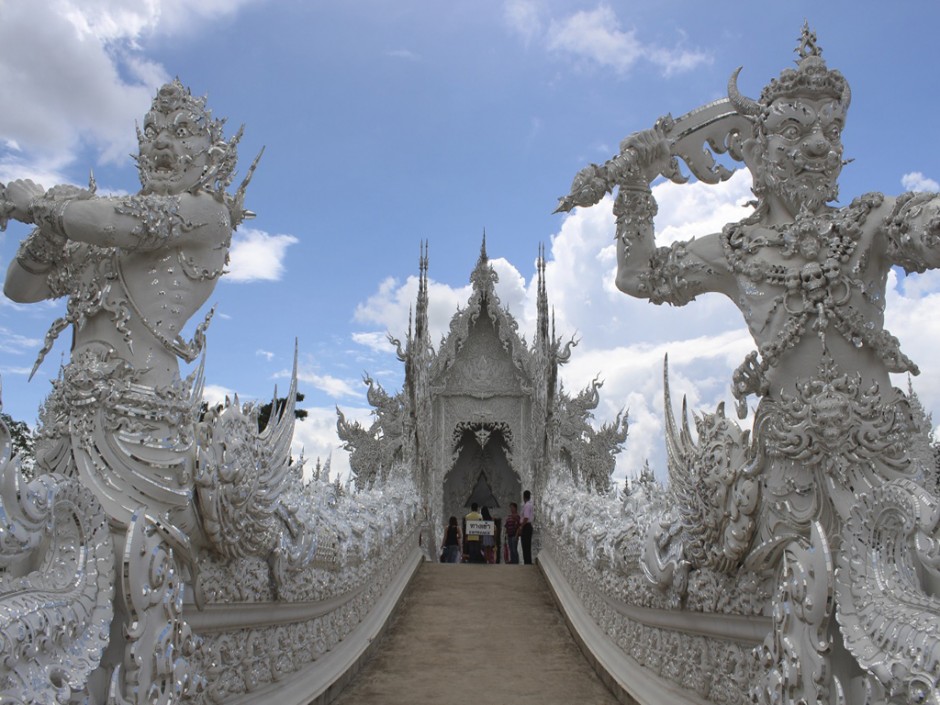 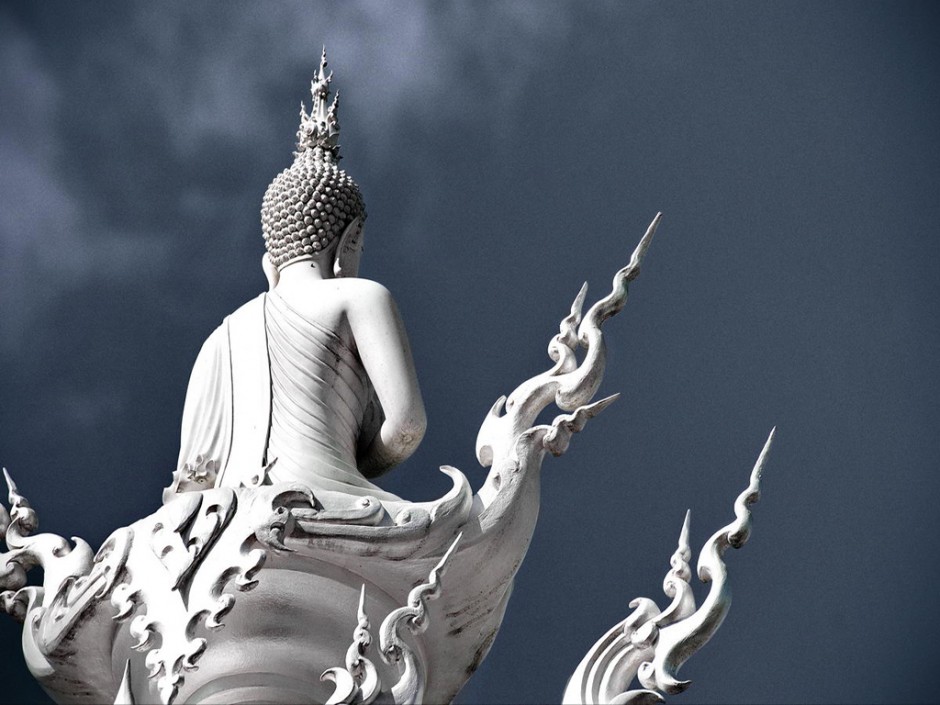 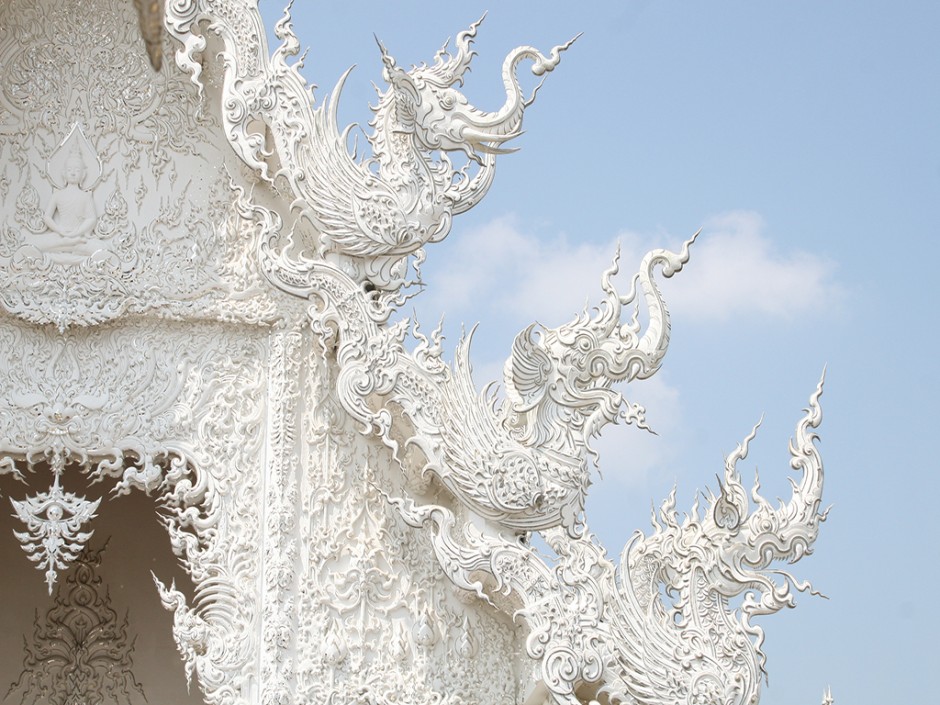 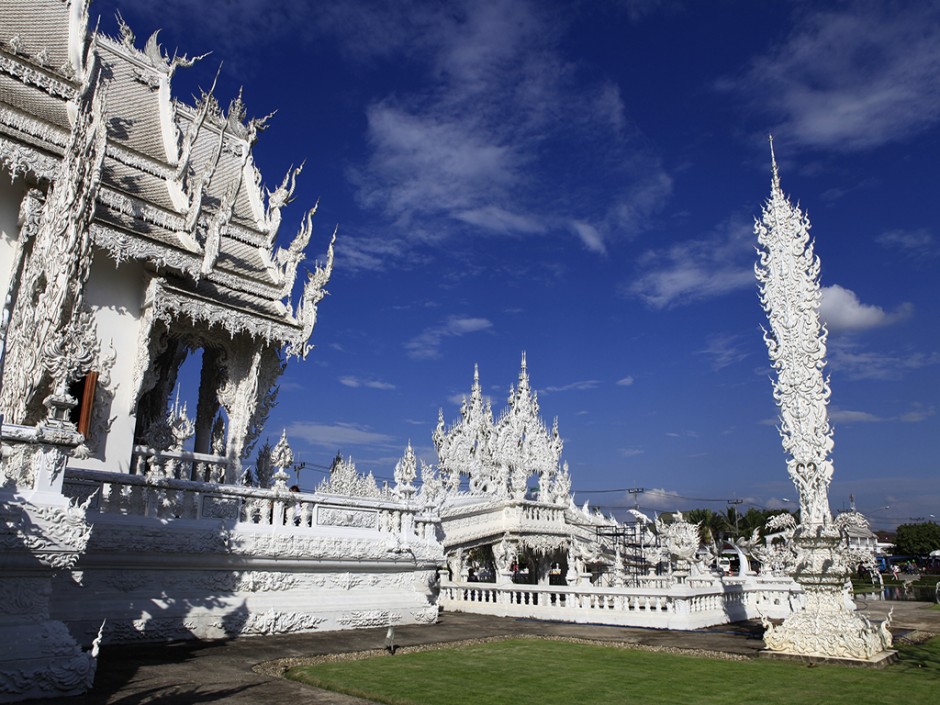 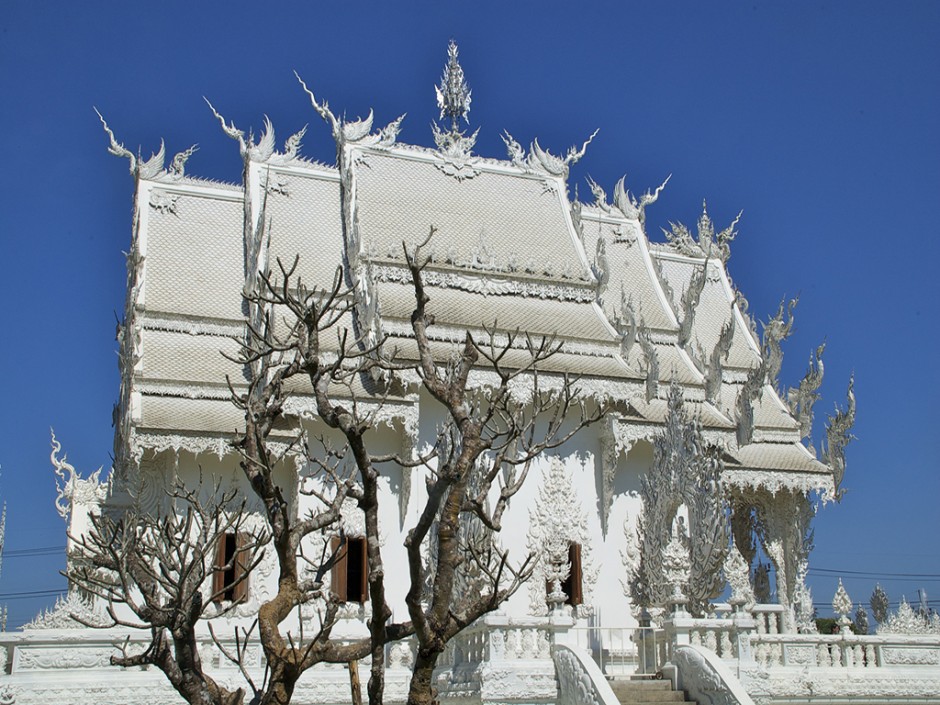