IF YOU’VE EVER OWNED A PERSONAL AQUARIUM, you know how hard it can be to maintain. You’ve got to keep the water clean, you’ve got to make sure it has the right level of saltiness, and you need to ensure the fish you put into it won’t eat each other. I once made the mistake of putting a goldfish into a tank with a Siamese fighting fish (also known as a betta). When I woke up the next morning, the betta was gone, and my goldfish was incredibly fat. Even if the pet-store clerk hadn’t led me astray, it was not the outcome I would have expected for that fight.

So naturally, it’s infinitely more impressive when major aquariums put together million-gallon tanks with thousands of fish and hundreds of different species. It’s a feat of planning we typically don’t recognize, beyond looking at the fish and saying, “Oooh, that’s pretty!”

And with our oceans in the state they are, these aquariums are often hubs for research and conservation projects, spearheading the movements to save our seas — while others may be mistreating their animals or obtaining them through sketchy means. The list below includes both. 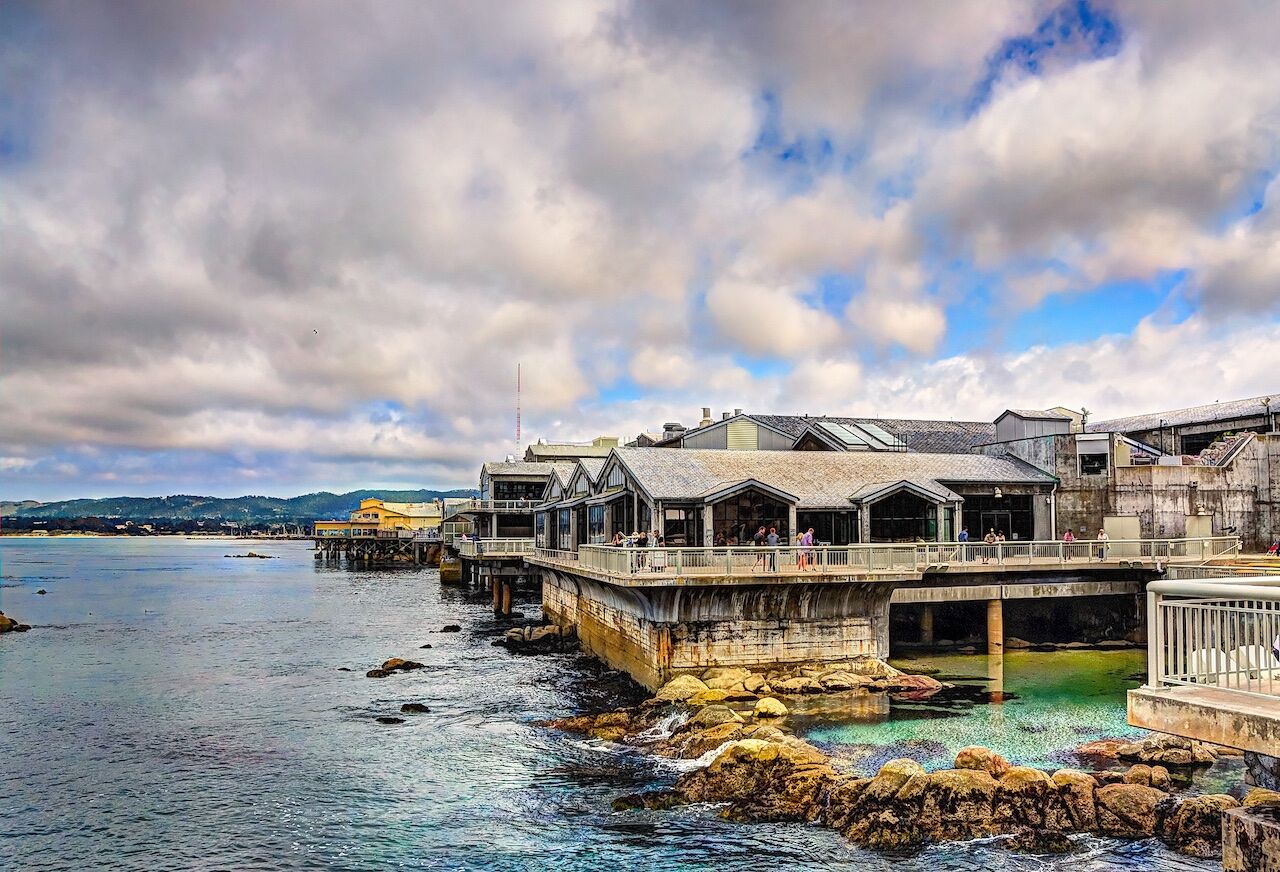 The Monterey Bay Aquarium in California does a huge amount of marine research, and was the first aquarium to successfully keep a great white shark in captivity. It’s also one of the few places where you can see an ocean sunfish. 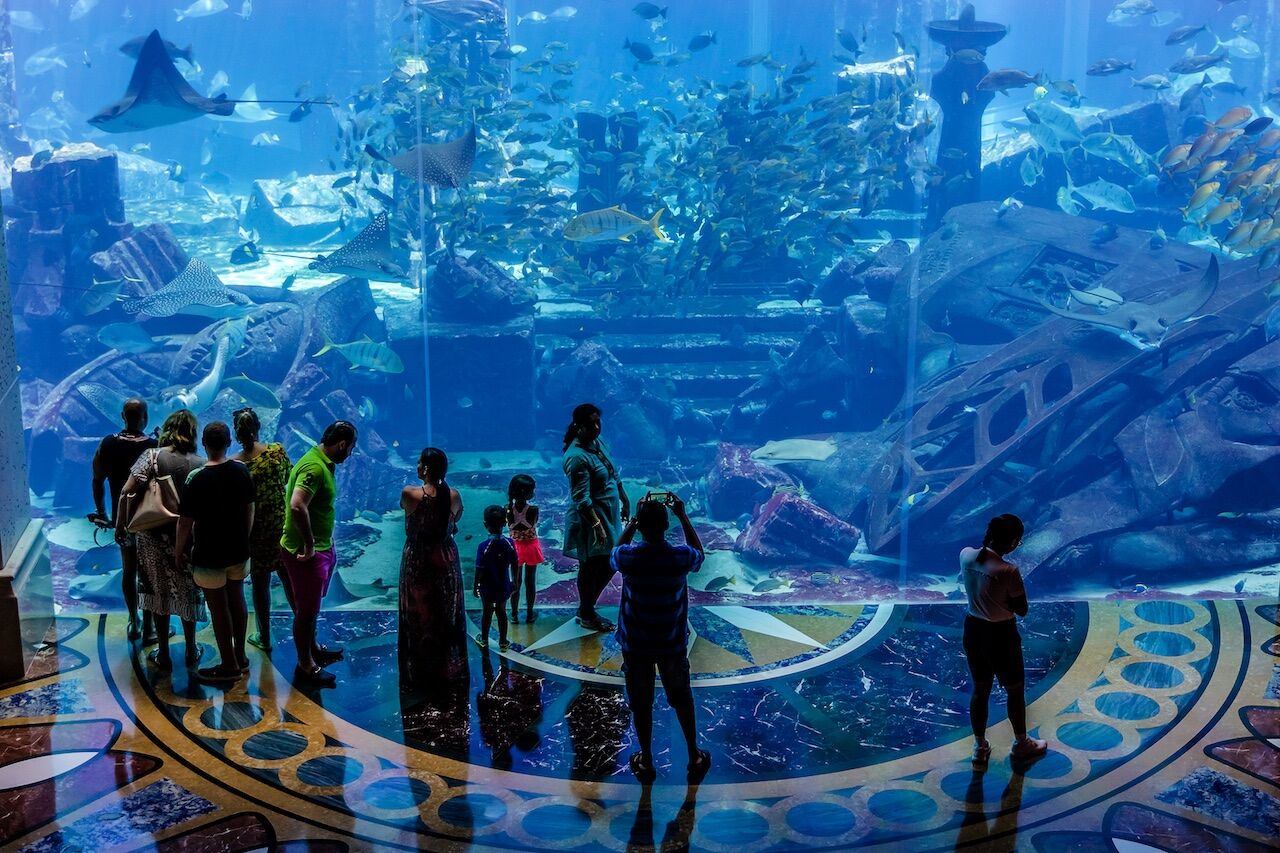 The Hotel Atlantis in Dubai offers these “underwater” rooms built right up against huge aquarium tanks. It’s a cool view, but I’d be terrified of it breaking in my sleep… 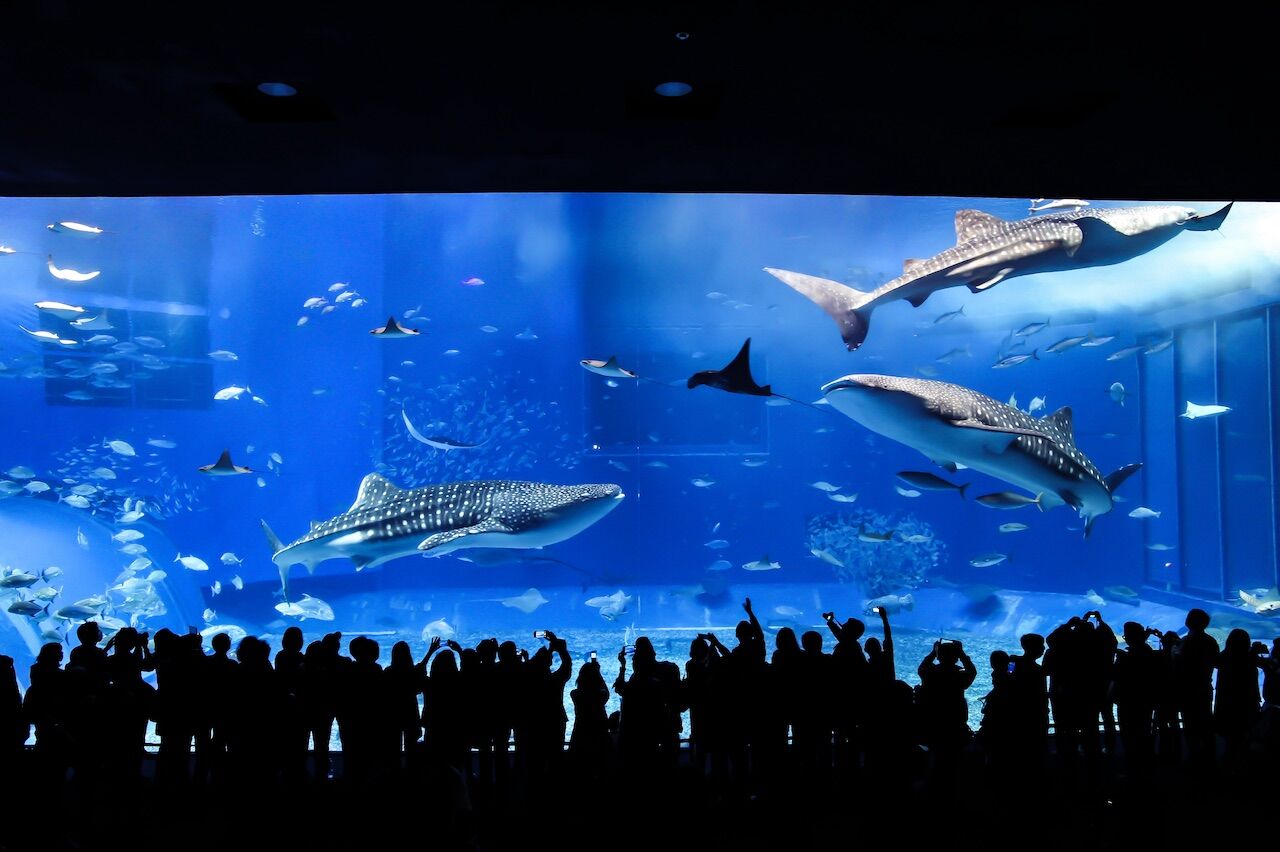 The Kuroshio Sea is the main tank at the Okinawa Churaumi Aquarium in Japan. It held the record of the world’s largest tank when it opened in 2002, but has since been surpassed by the Georgia Aquarium. 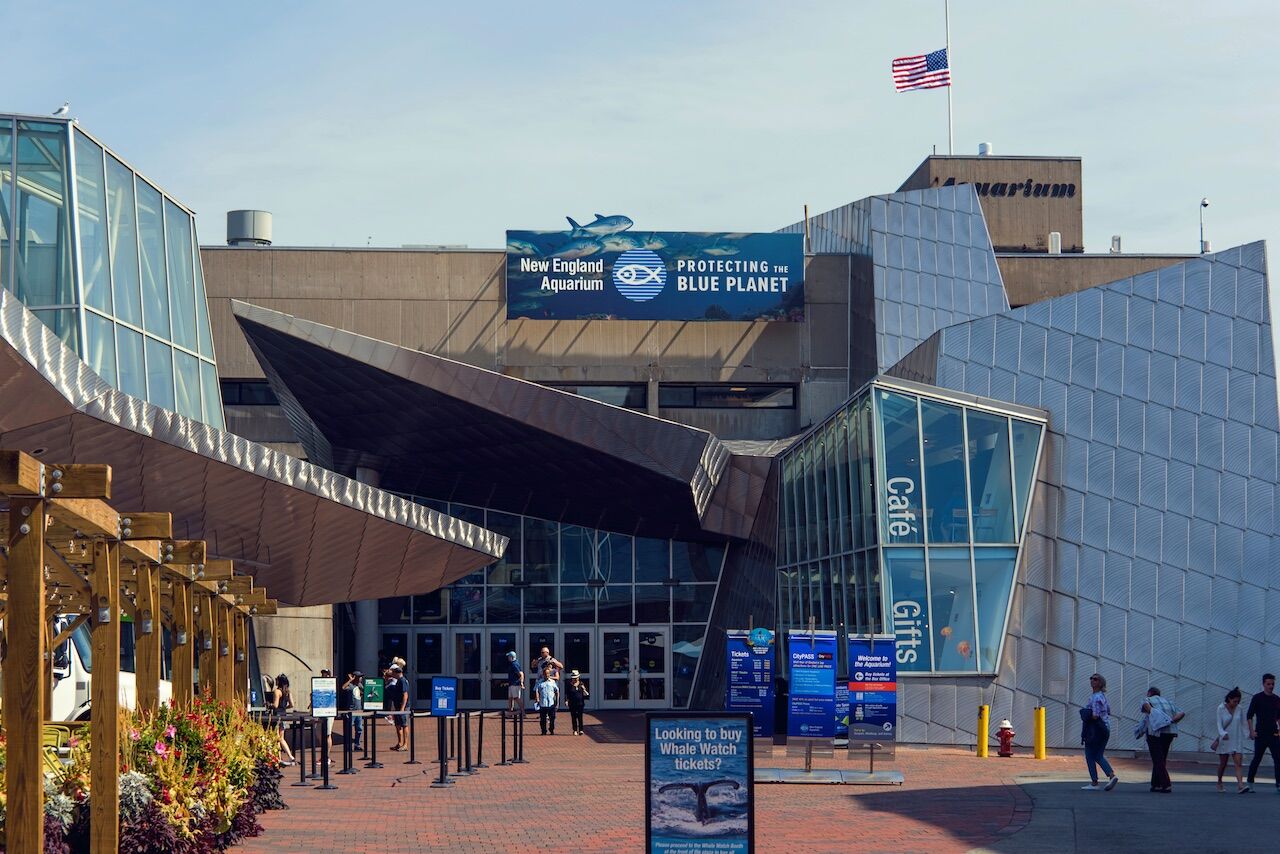 The New England Aquarium in Boston also doubles as a whale watching spot becauseof its location near the harbor, and many of its staff participate in marine animal rescue operations. 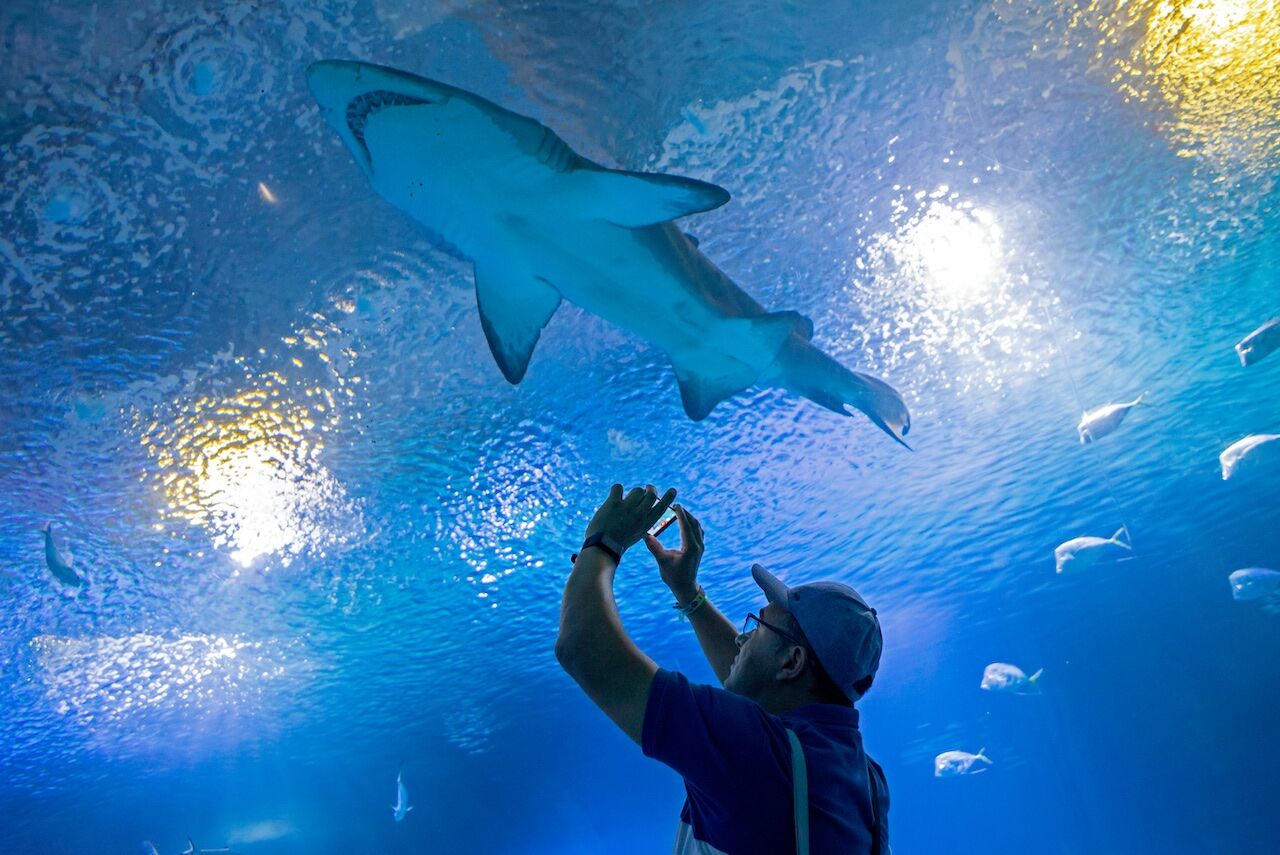 L’Oceanogràfic is in Valencia, Spain, and has a total capacity of up to 11 million gallons of water in all of its tanks. It also happens to be a particularly beautiful building. 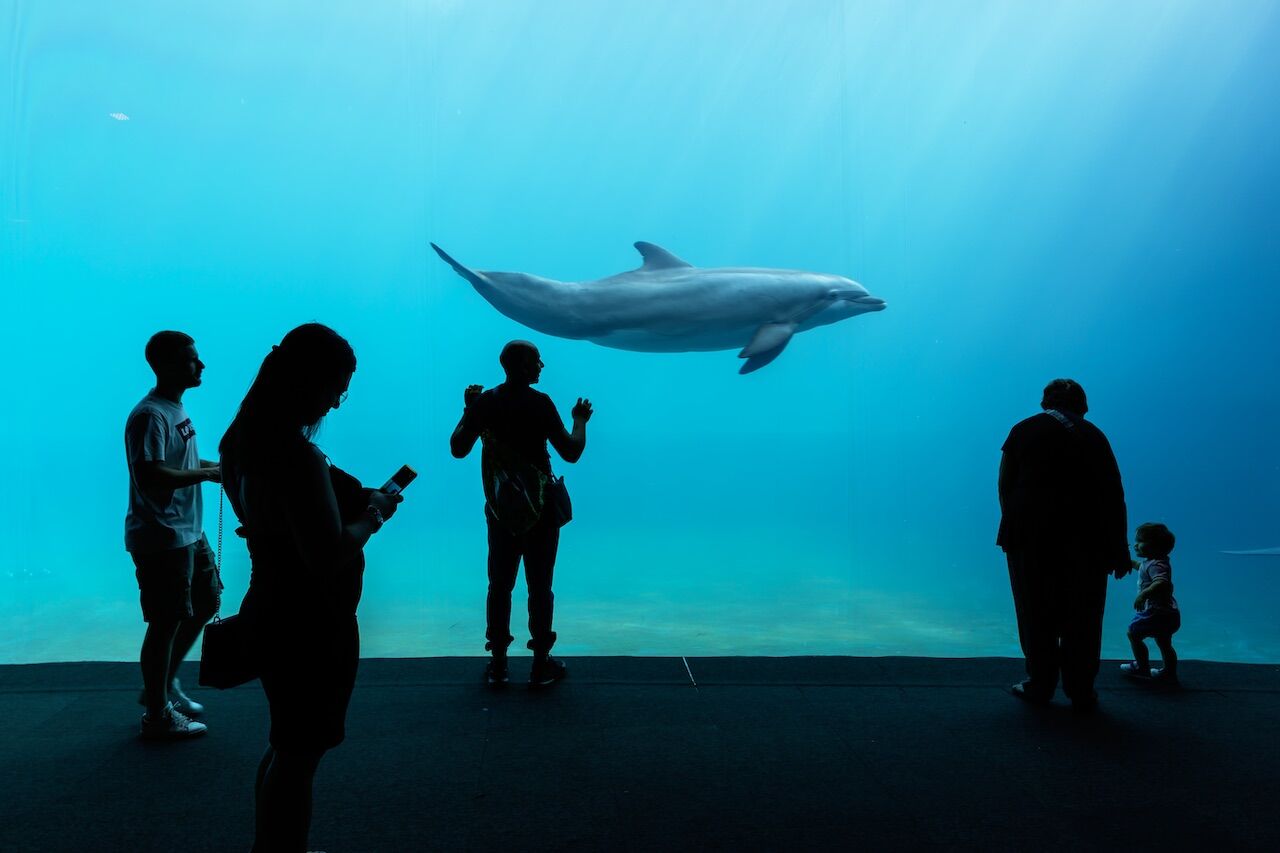 The Aquarium of Genoa is the largest in Italy, and has a number of different marine habitats, including North Atlantic, Caribbean, and Ligurian Sea tanks. 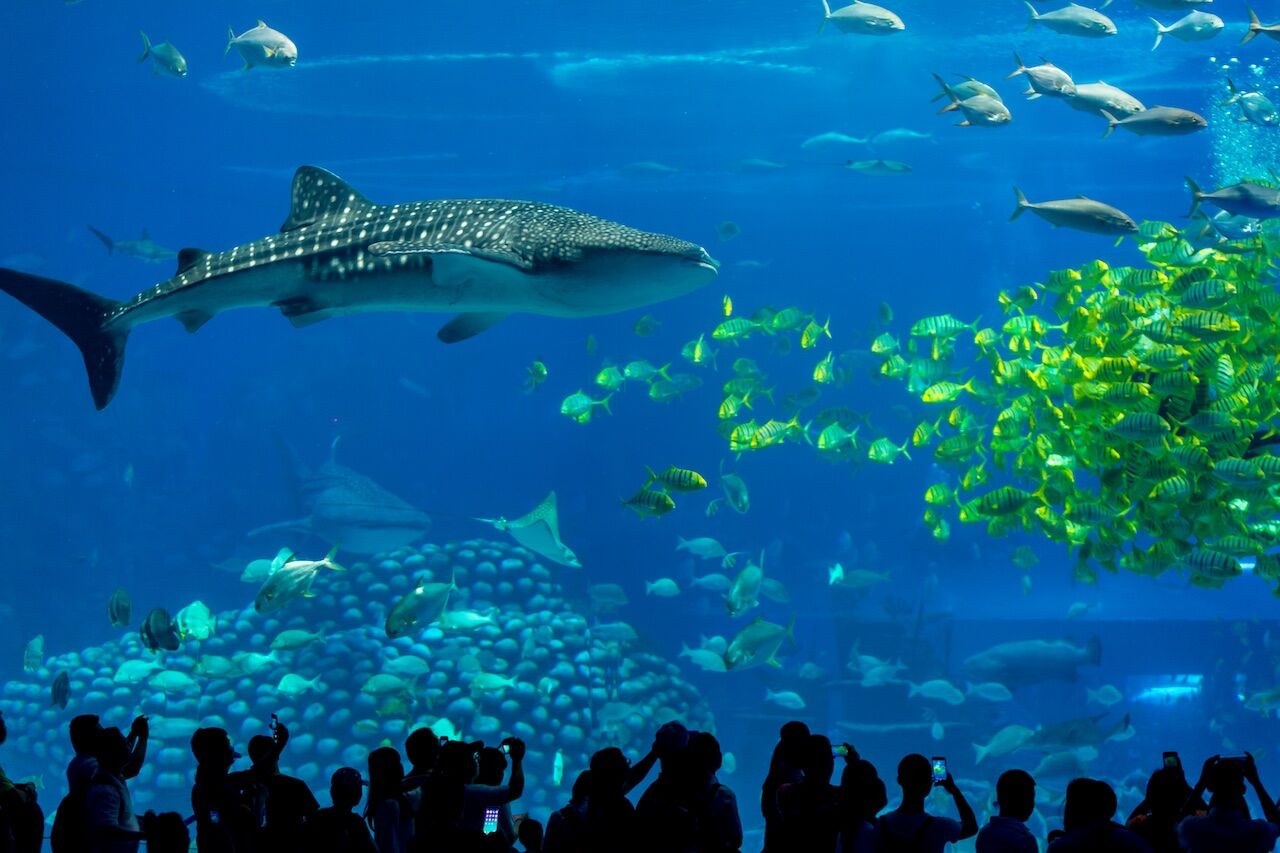 The Chimelong Ocean Kingdom in Hengqin, China, broke five world records—including largest aquarium—when it opened earlier this year. Unfortunately, it’s come under a lot of criticism for its methods of obtaining the animals. 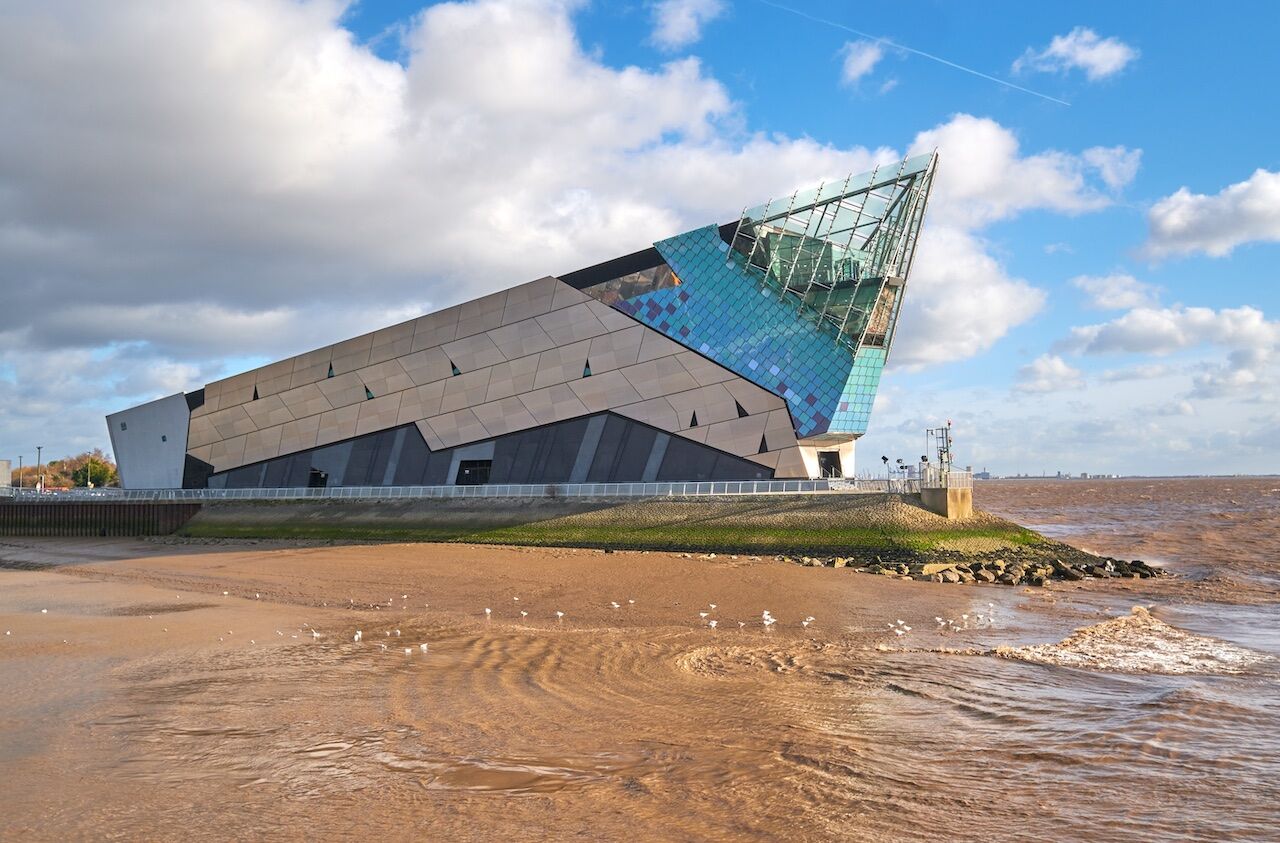 The Deep is an aquarium in Hull, England, that is the world’s only “submarium.” It also functions as a charity and a research center, and happens to be pretty beautiful from the outside as well. 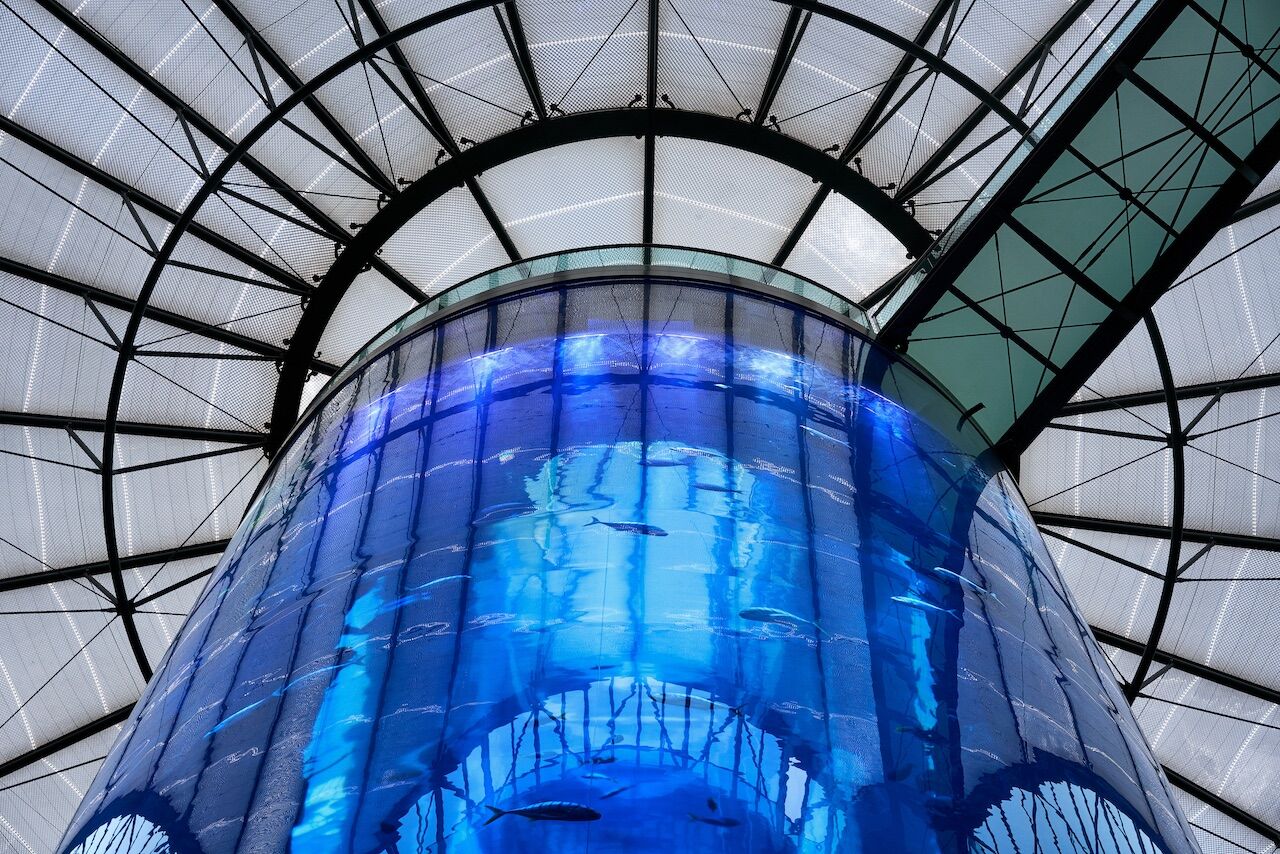 The AquaDom is a cylindrical, 25-meter-tall aquarium in the Radisson Blu Hotel in Berlin. Inside the cylinder is a glass elevator. 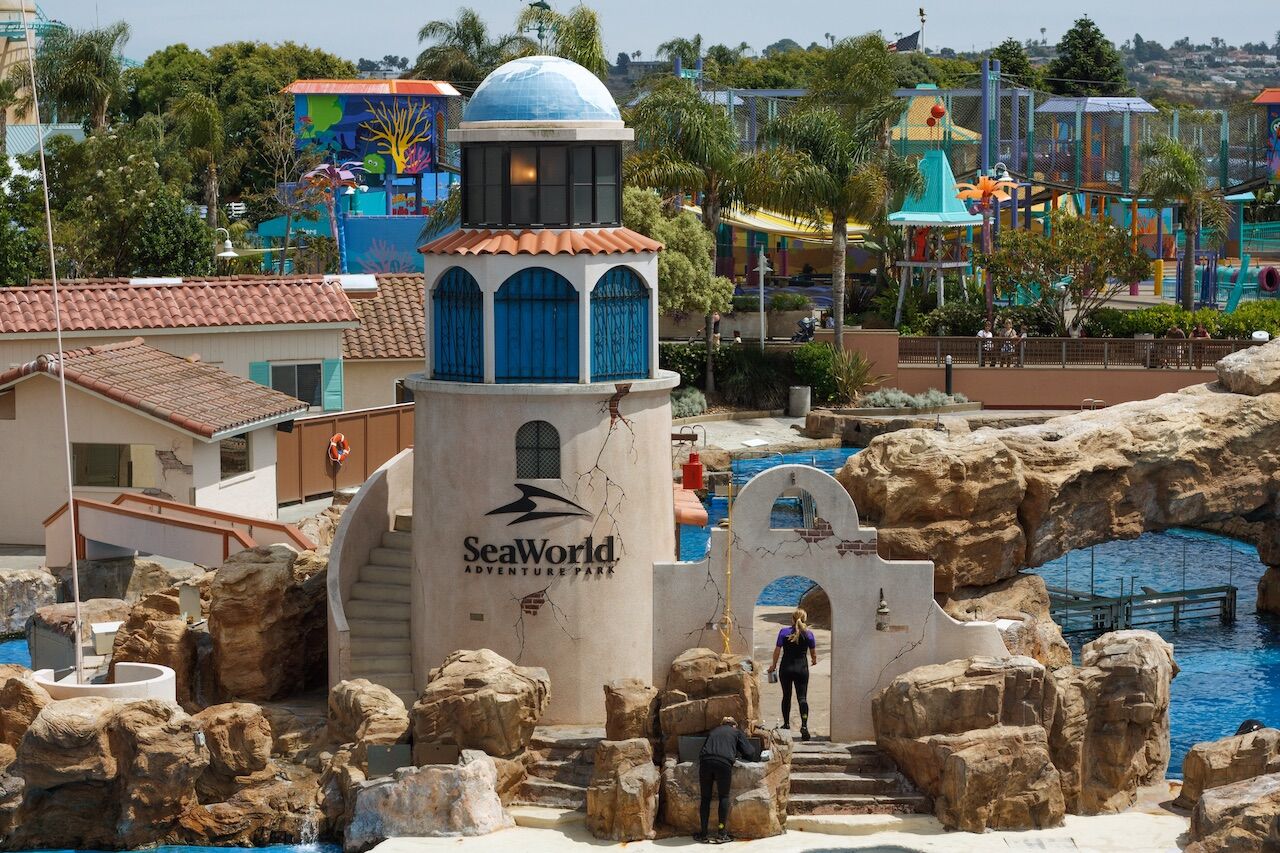 Probably the most (in)famous aquarium in the world, SeaWorld is known for its shows with marine animals, particularly killer whales. It came under a ton of criticism for its treatment of those whales recently, thanks to the documentary Blackfish. 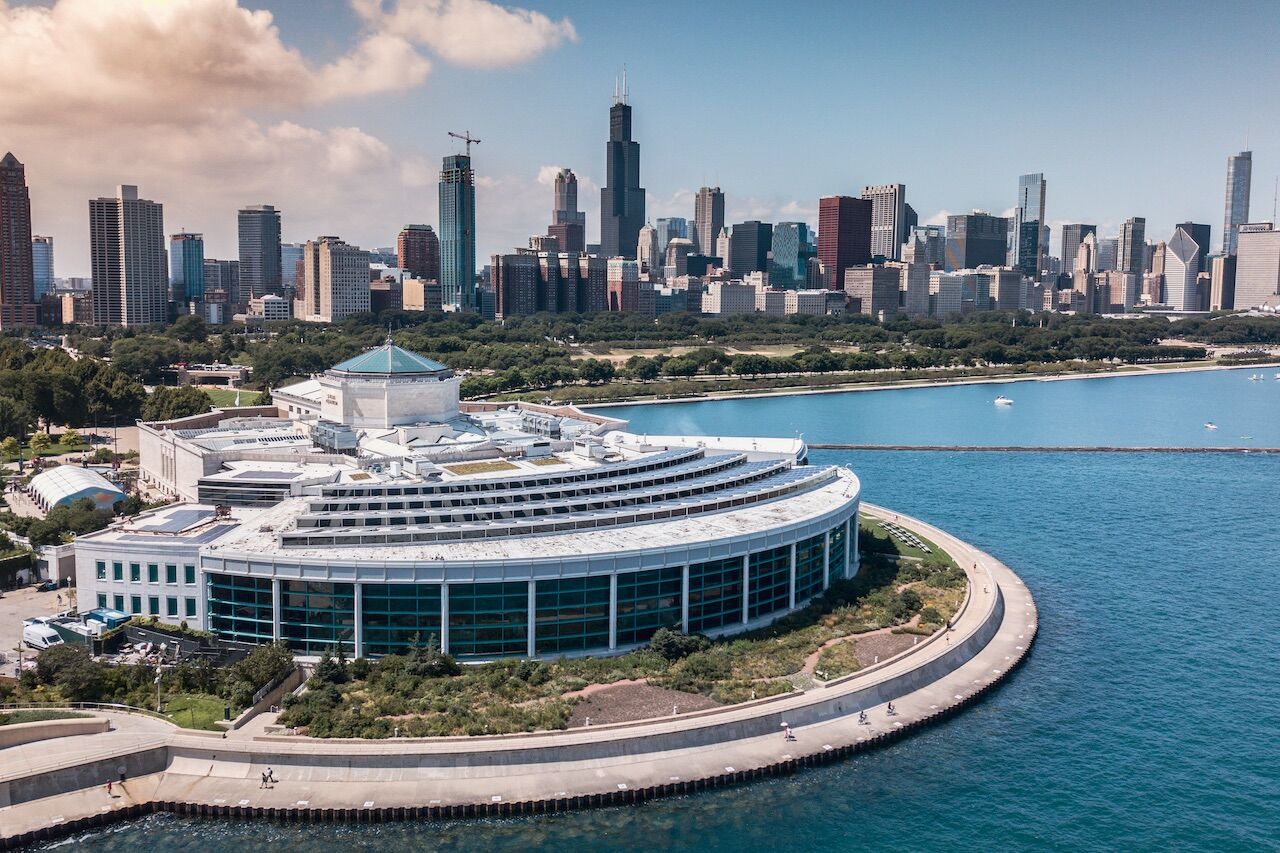 The Shedd Aquarium has been in Chicago since 1930, and for a long time it was the largest aquarium in the world, though it has since been dwarfed by a lot of these other spots. 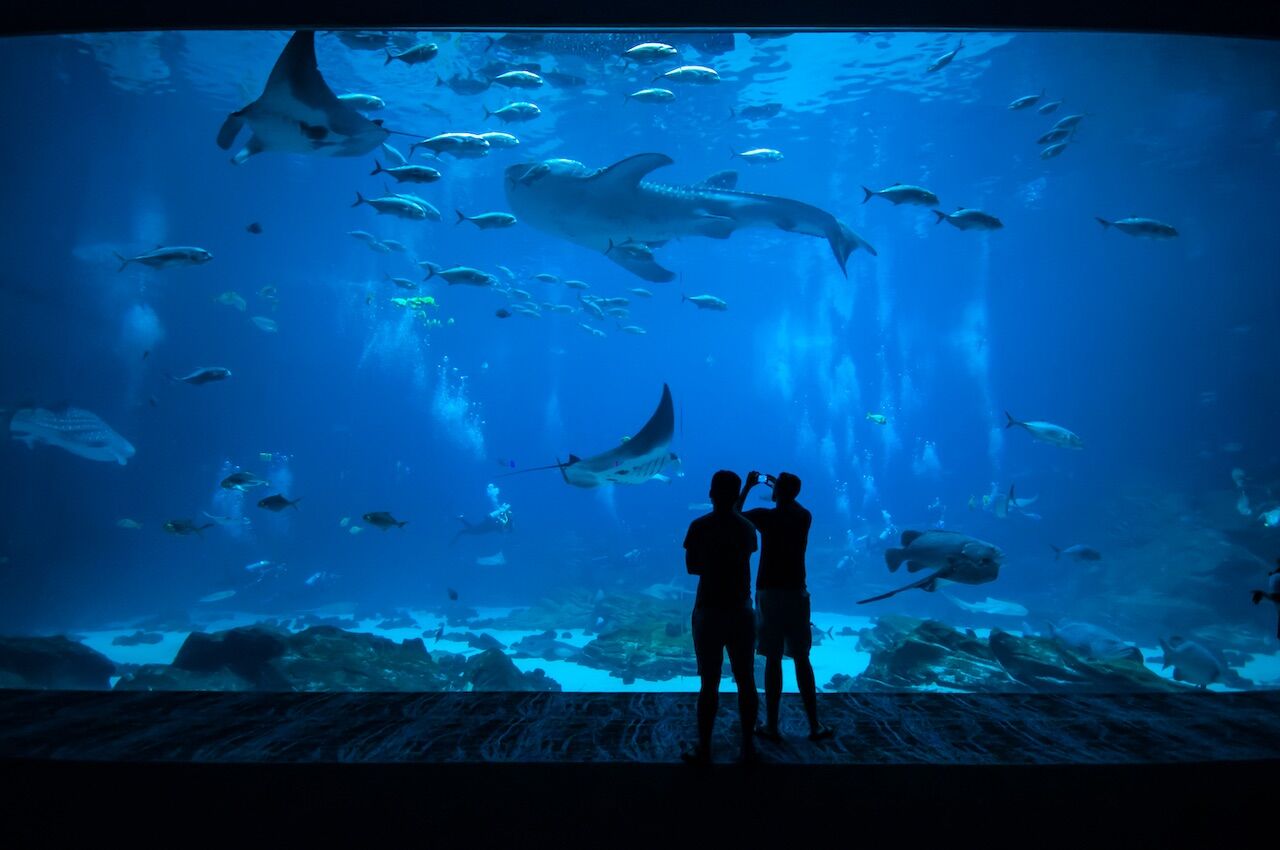 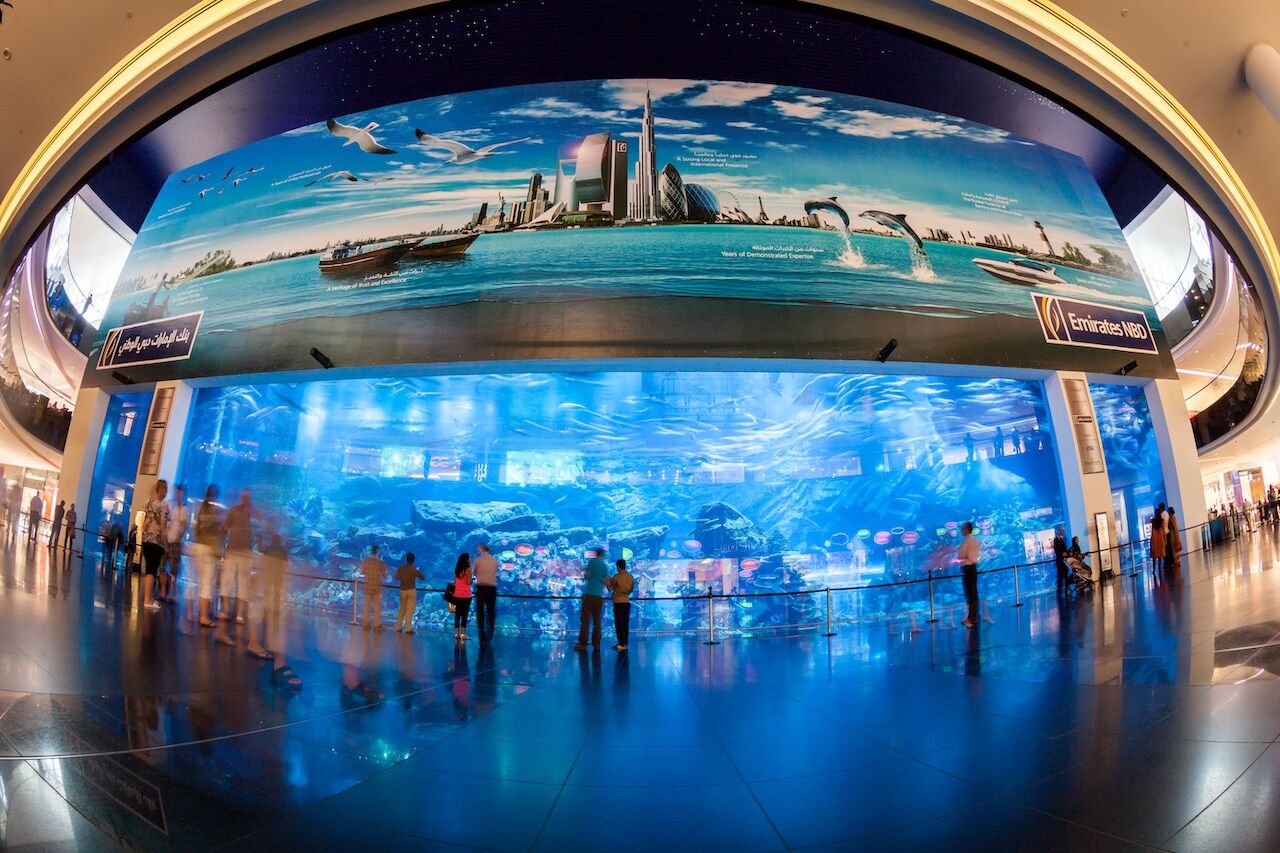 The largest mall in the world also has one of the largest aquariums in the world—the Dubai Mall Aquarium has a single tank with 33,000 animals in it. 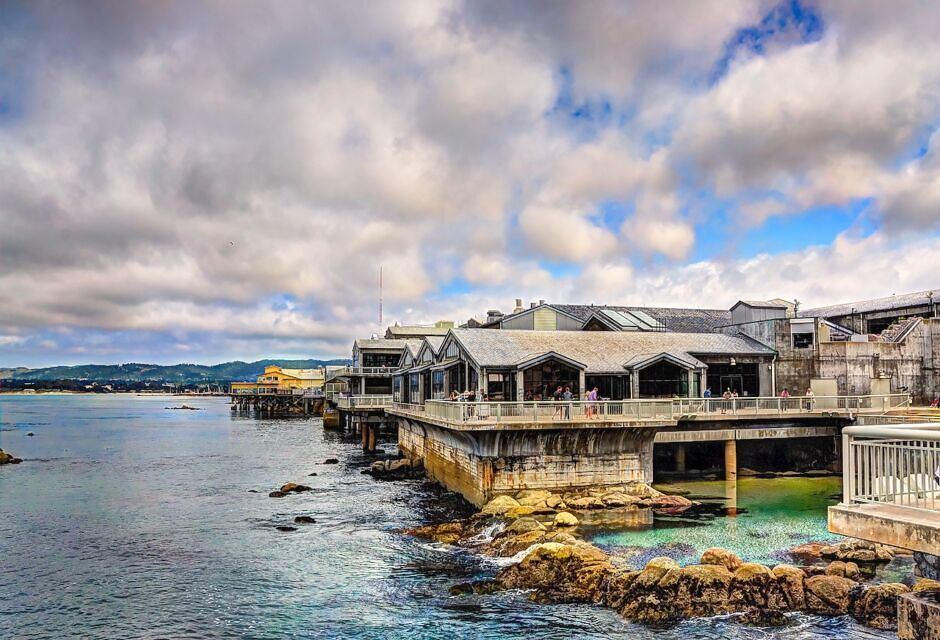 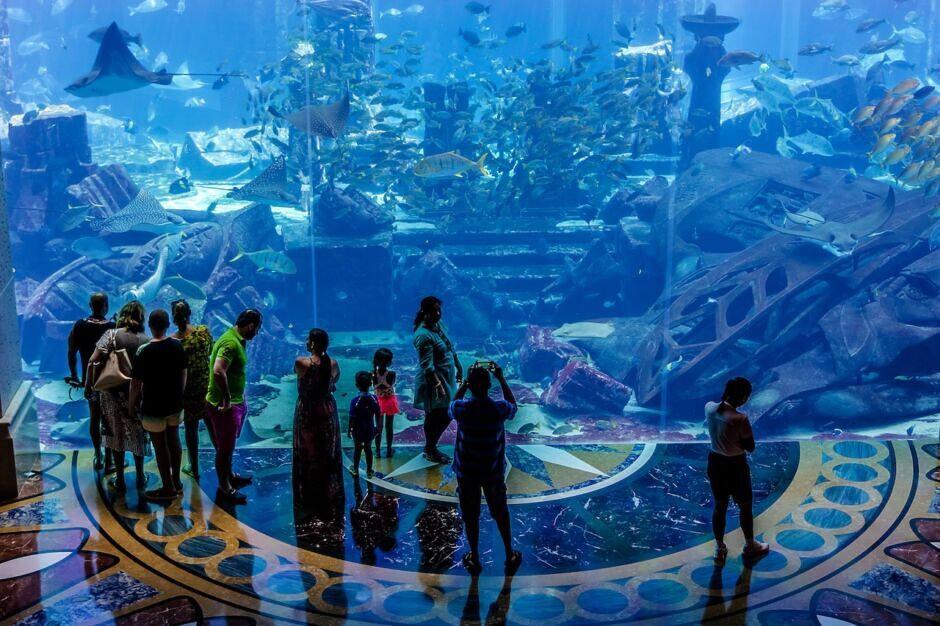 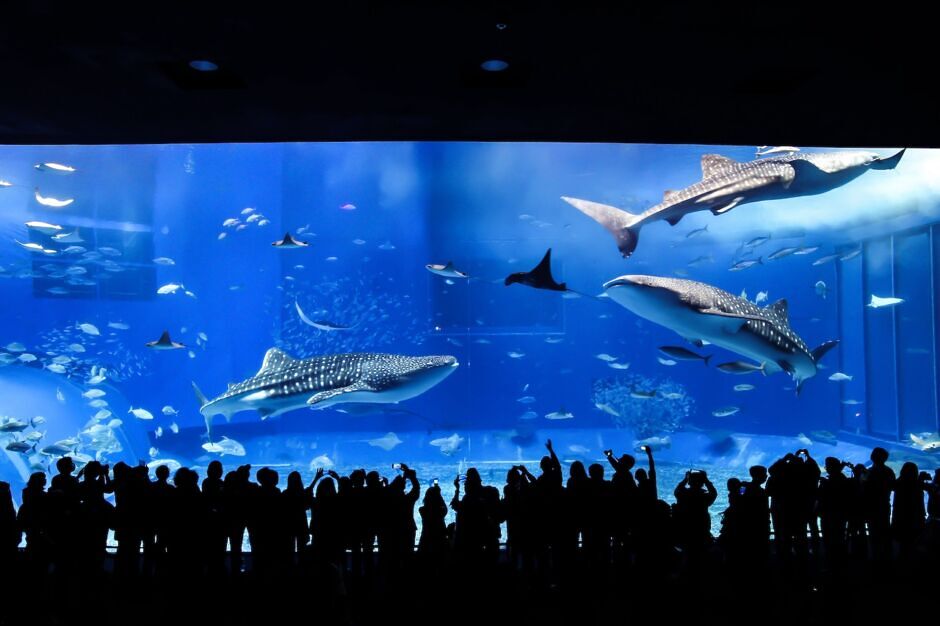 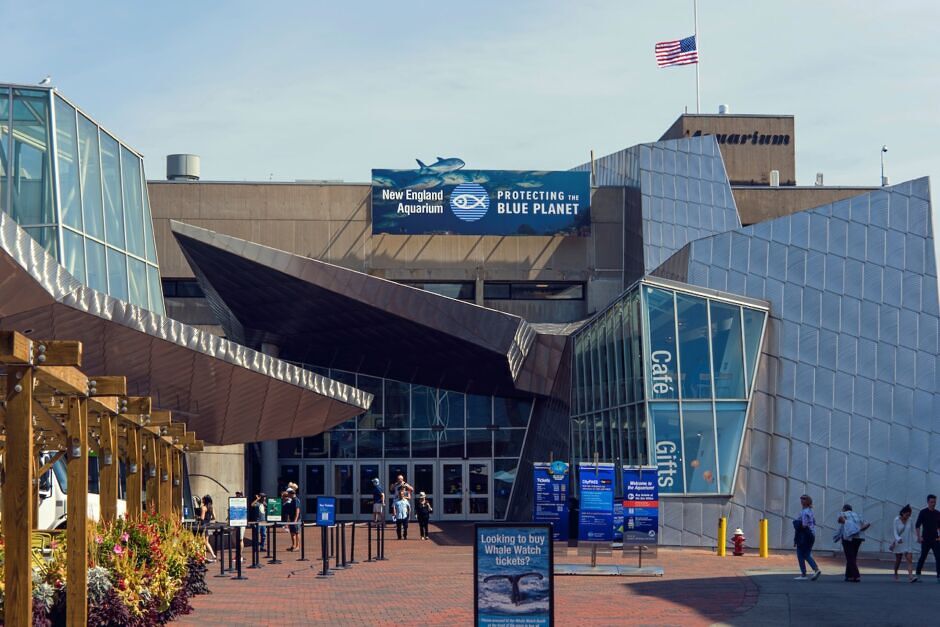 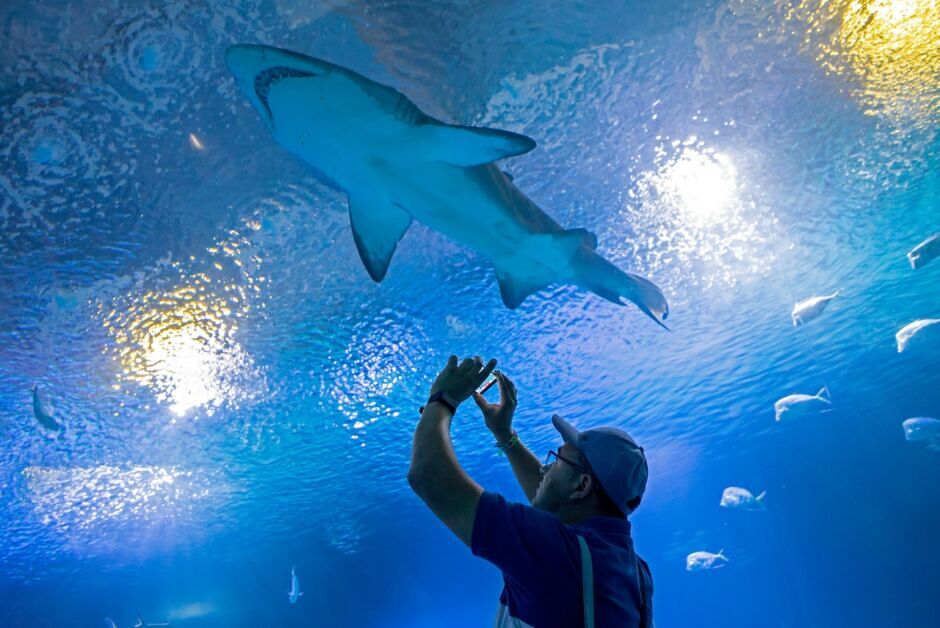 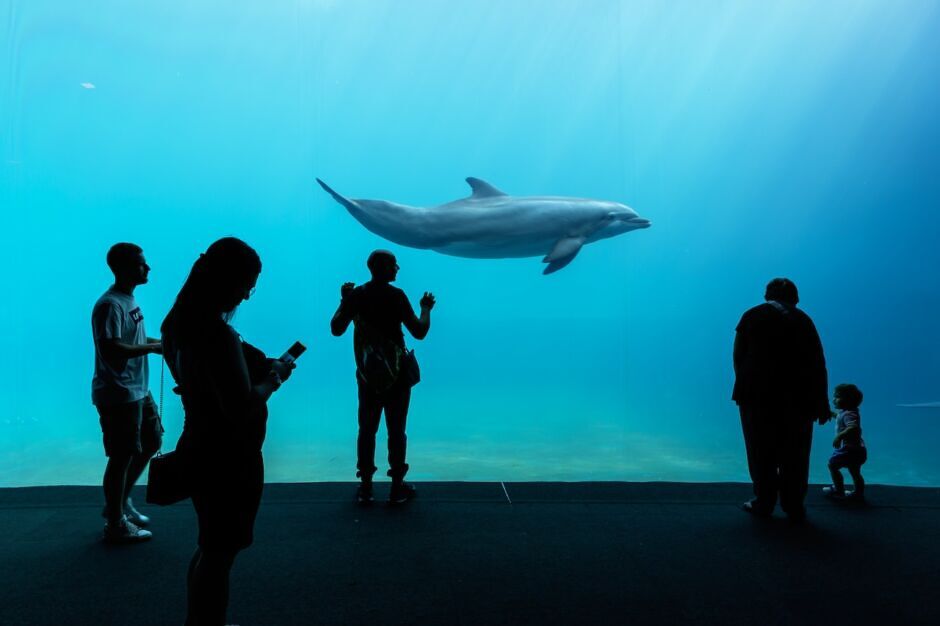 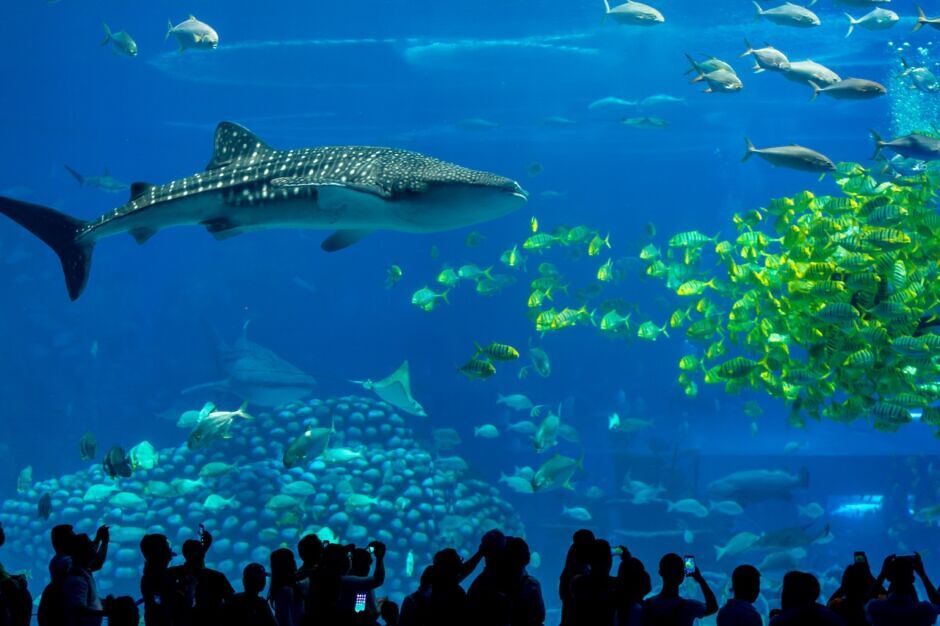 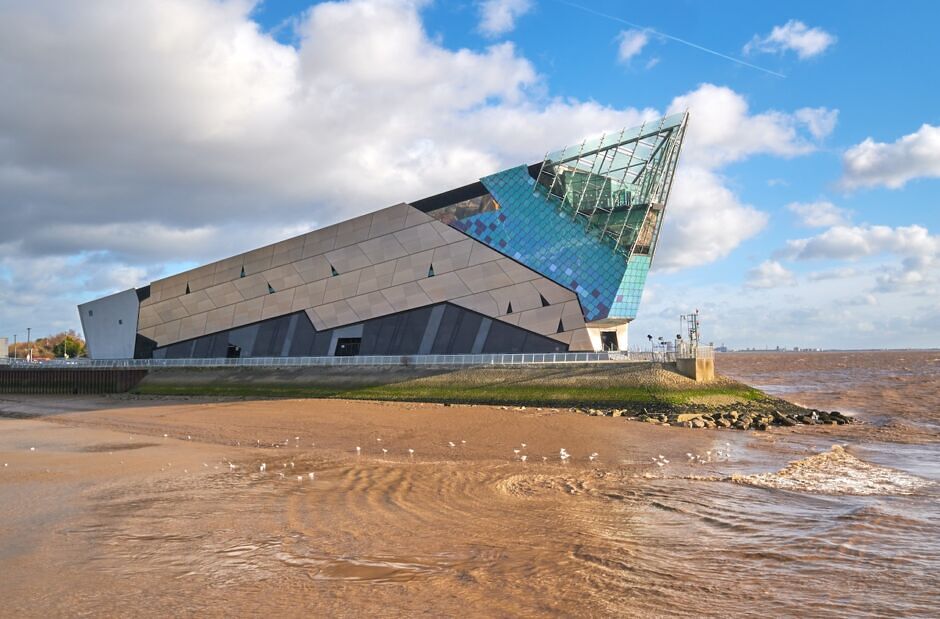 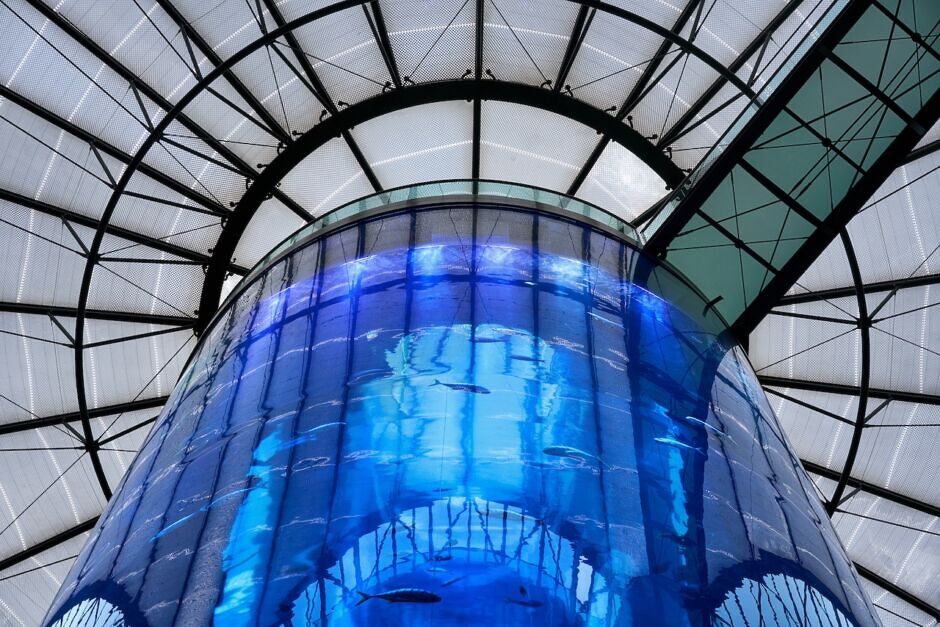 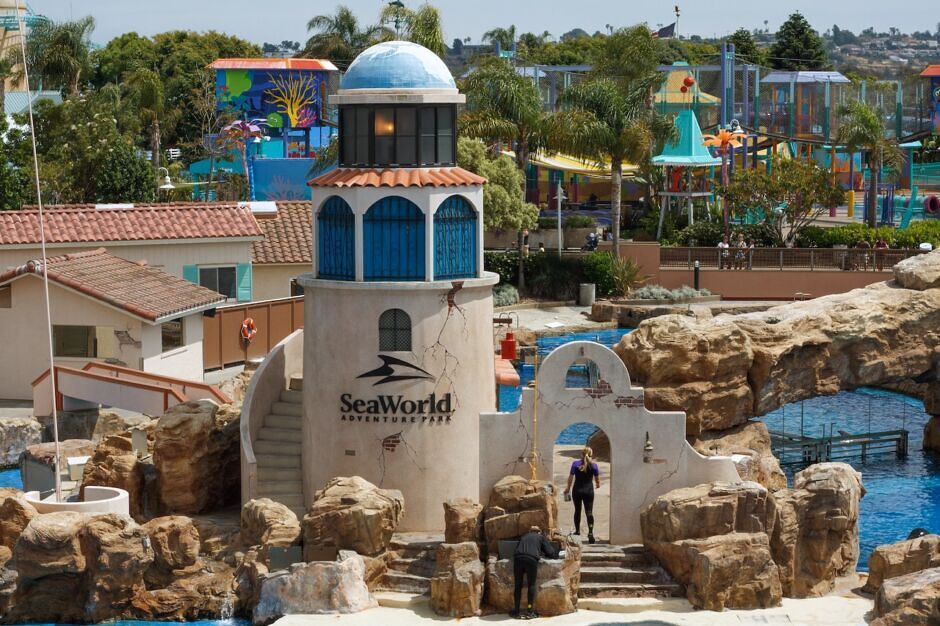 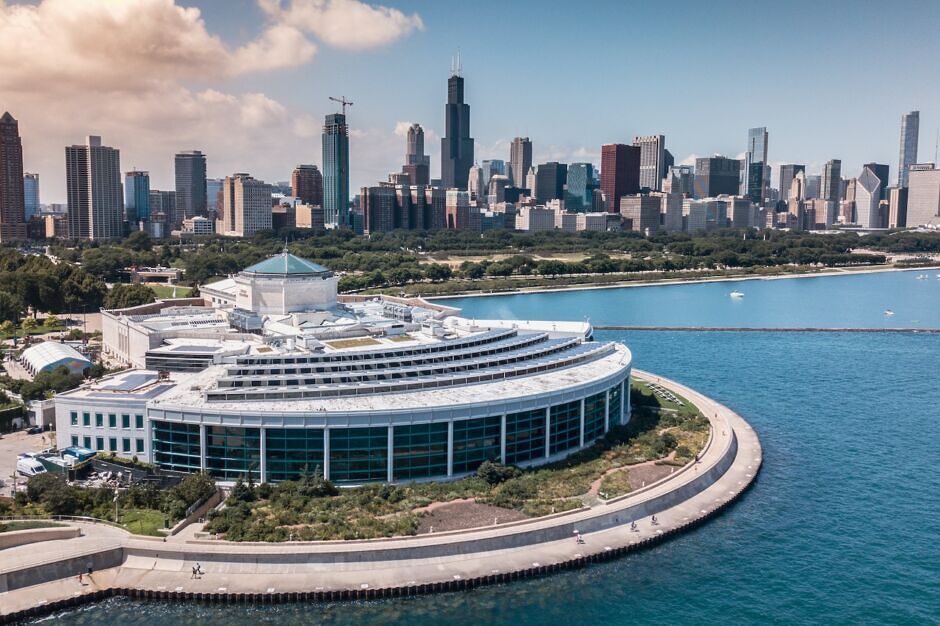 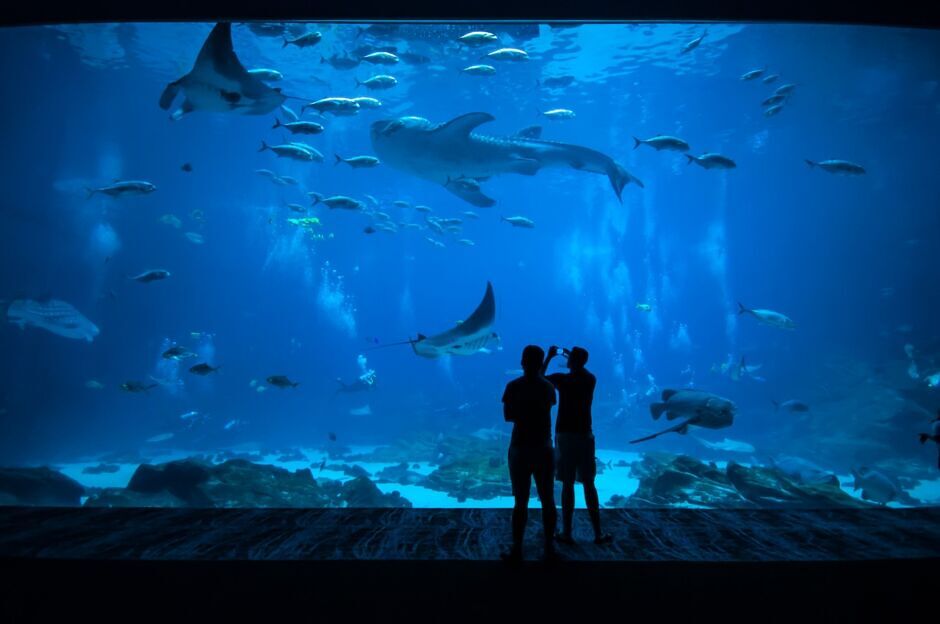 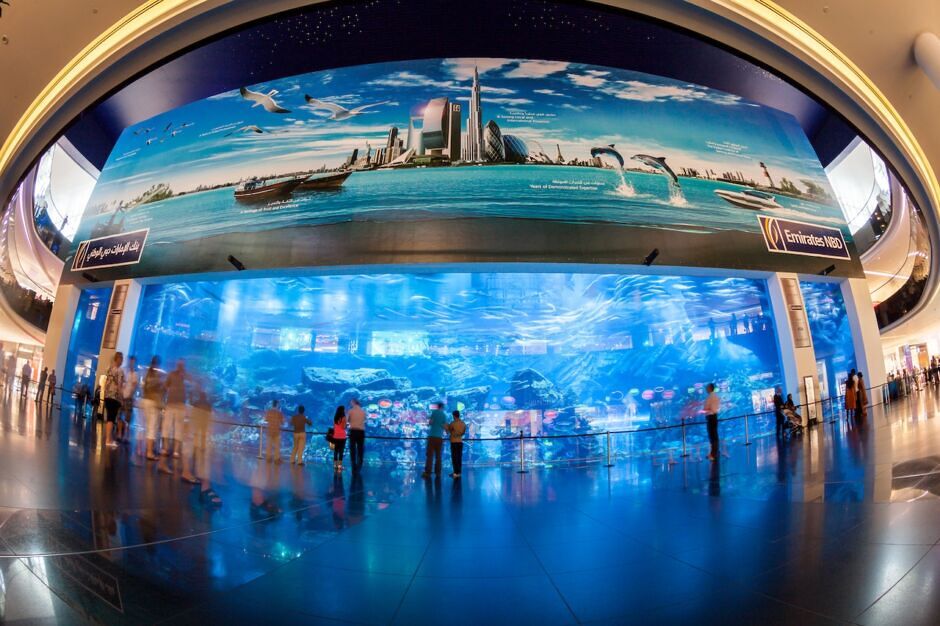