ONLY A 20-MINUTE plane ride from Panama City is an archipelago called the San Blas Islands. It consists of around 378 islands and cays, of which only 49 are inhabited by the Kuna Indians. They have managed to remain somewhat autonomous from Panama, maintaining their own economic system, language, and culture.

Another way to access the islands is by Kuna merchant ships from Colón. Snorkeling is a major attraction as the islands are home to some of the oldest reefs in the world. For years I’d been wanting to travel to the San Blas Islands to photograph them and the Kuna Indians, ever since I saw an image of a woman wearing a colorfully decorated dress. My time finally came. 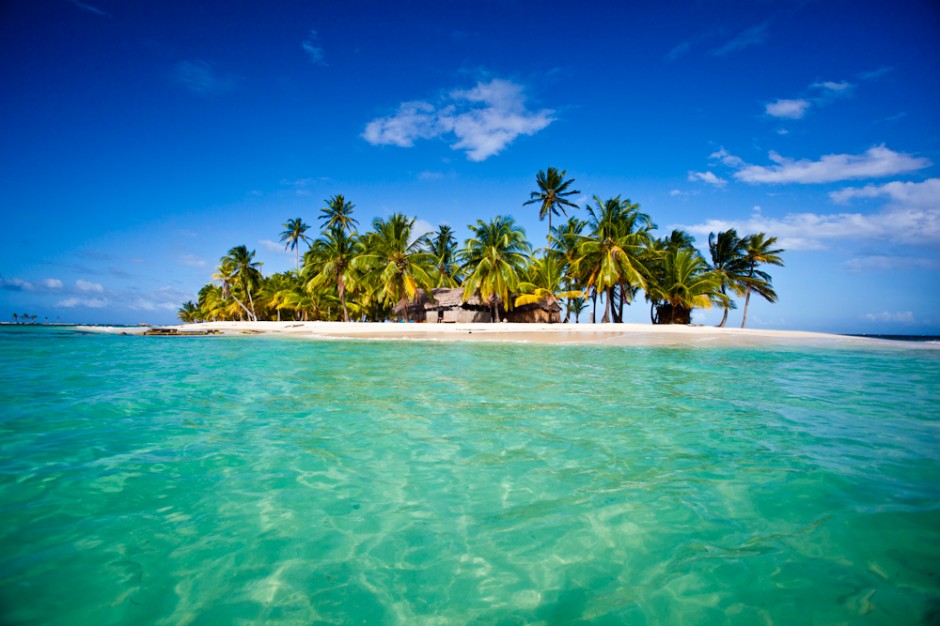 With almost 400 islands in the archipelago, beautiful islands like this can be found in just about every direction you look. 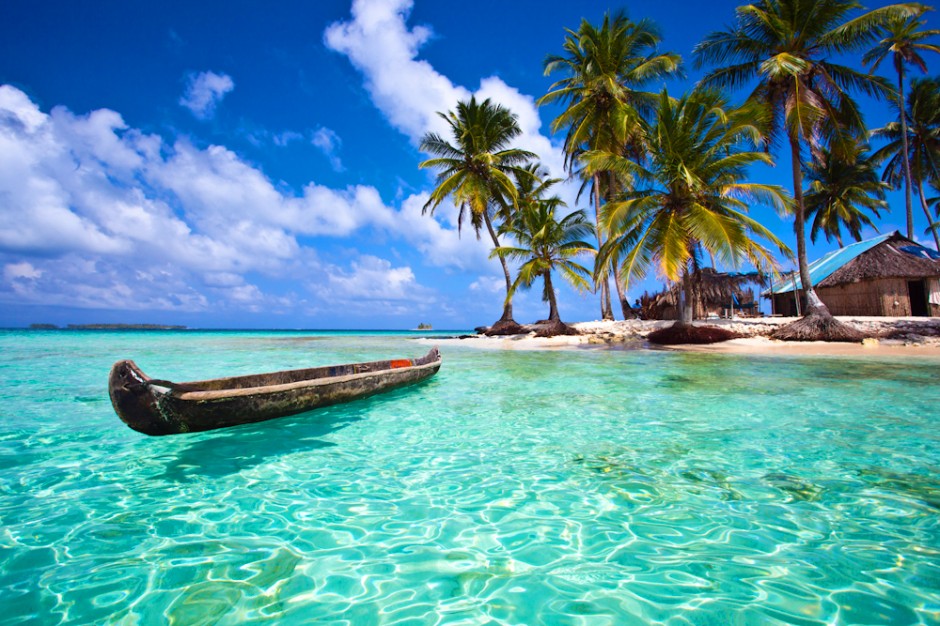 The water is so clear the shadow of boat on the bottom makes it look like one end is floating in mid-air.

Life as it is on the San Blas Islands. 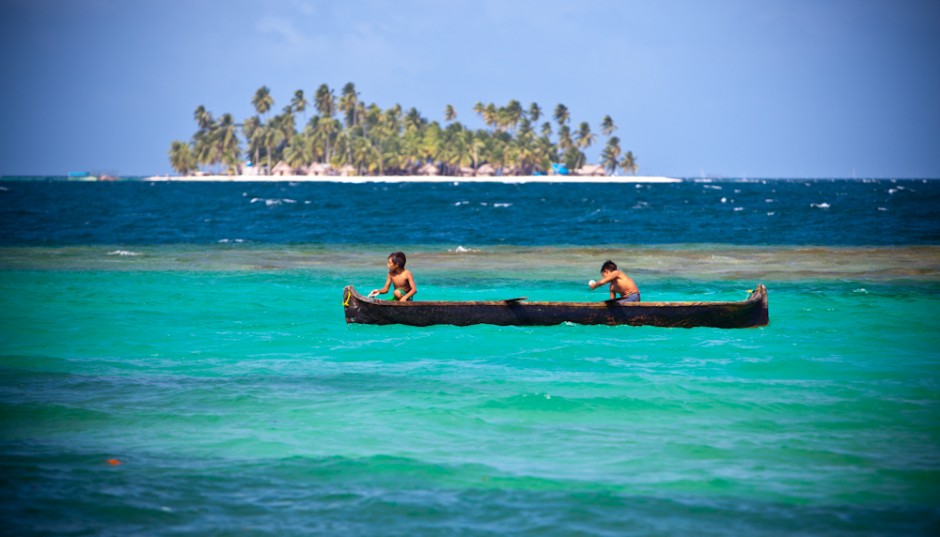 Two Kuna boys spend the afternoon fishing in their canoe, which is dug out by hand. 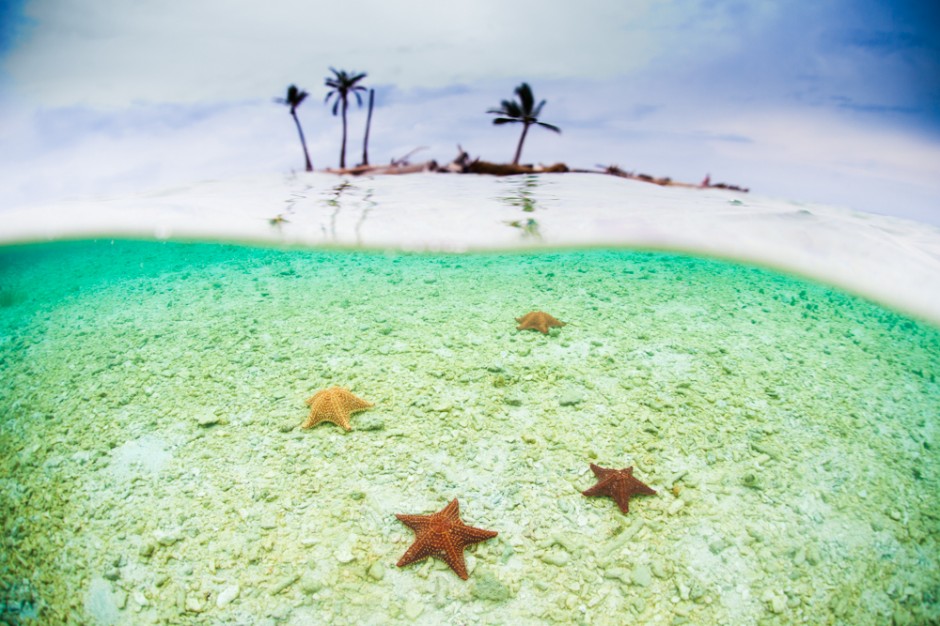 As beautiful as the stars in the sky, stars under the sea. 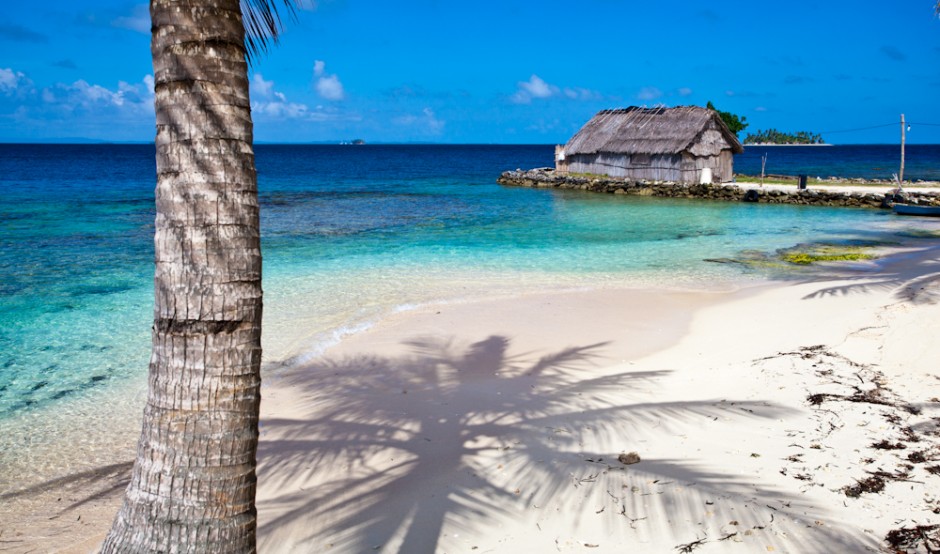 Perhaps the most literal sense of ocean front property. 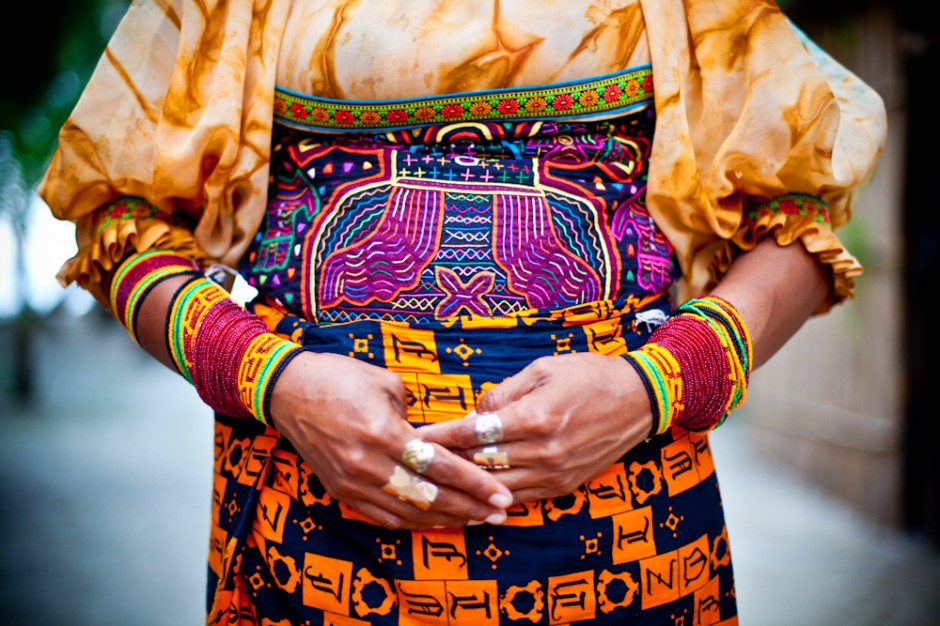 The Kuna women still dress in traditional brightly decorated colored clothing. They make their shirts out of fabric sewn into various designs called Molas, which is also one of their top sources of income. 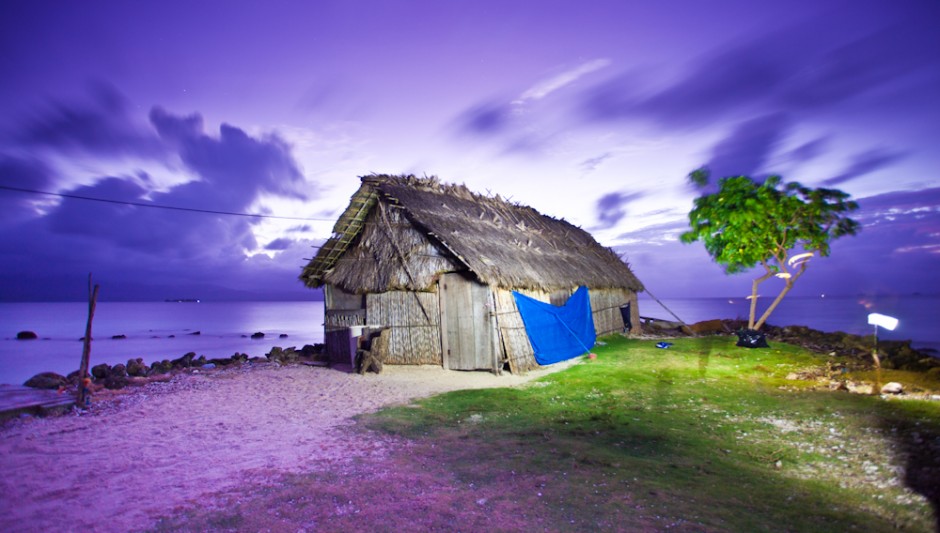 One night we stayed on an island that had a large hut towards one end. We later found out that this was a "town hall", where the villagers would meet up to discuss island matters. 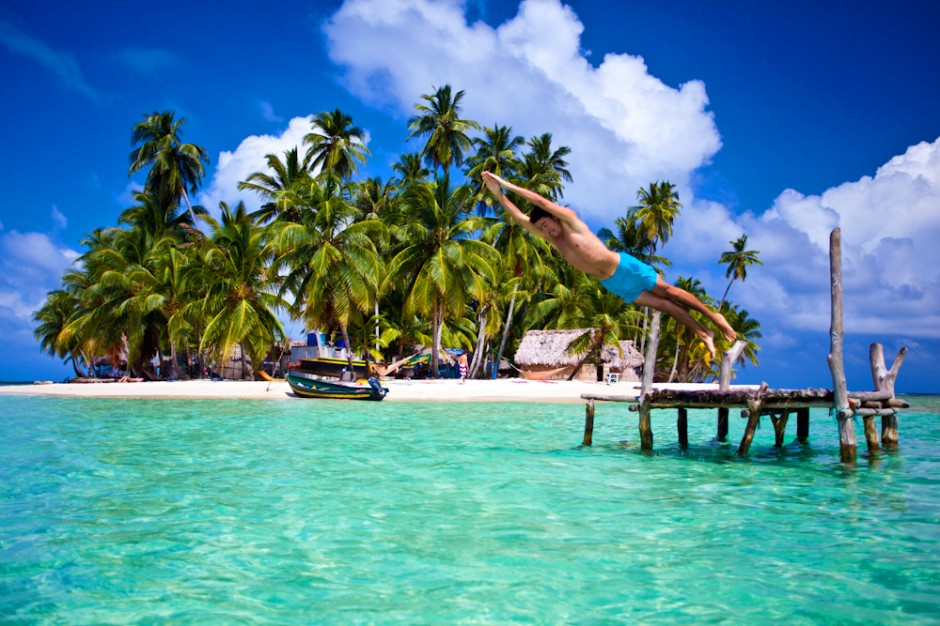 There was no shortage of subjects to point my camera at. 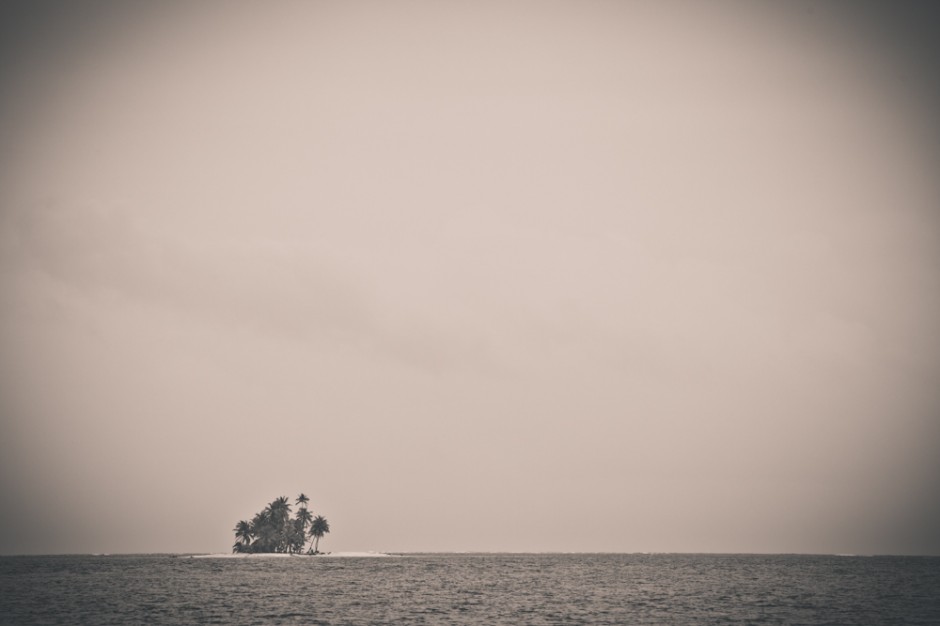 One day while sailing, we passed alongside an island that had a single palm tree on it. The island itself was literally the size of a pitcher's mound on a baseball diamond.

A local Kuna woman tightens the beads on her legs. It takes a long time to put these on, as the women wind them around their legs and spend a great amount of time meticulously making sure that each design lines up with each other. 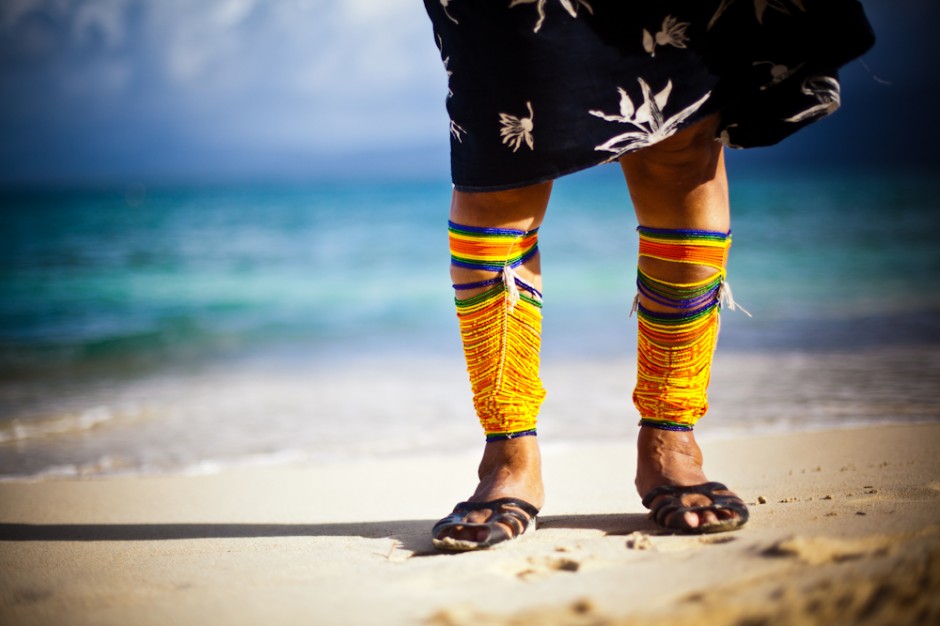 The ocean makes for a wonderful backdrop to the brightly colored leg beads. 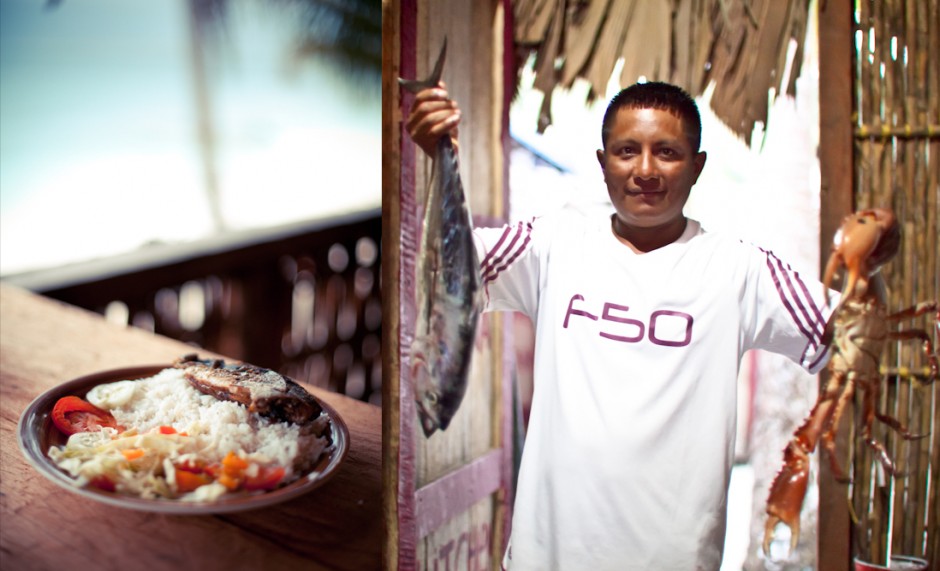 Fishing is one of the main sources of income; international trade has long been established. 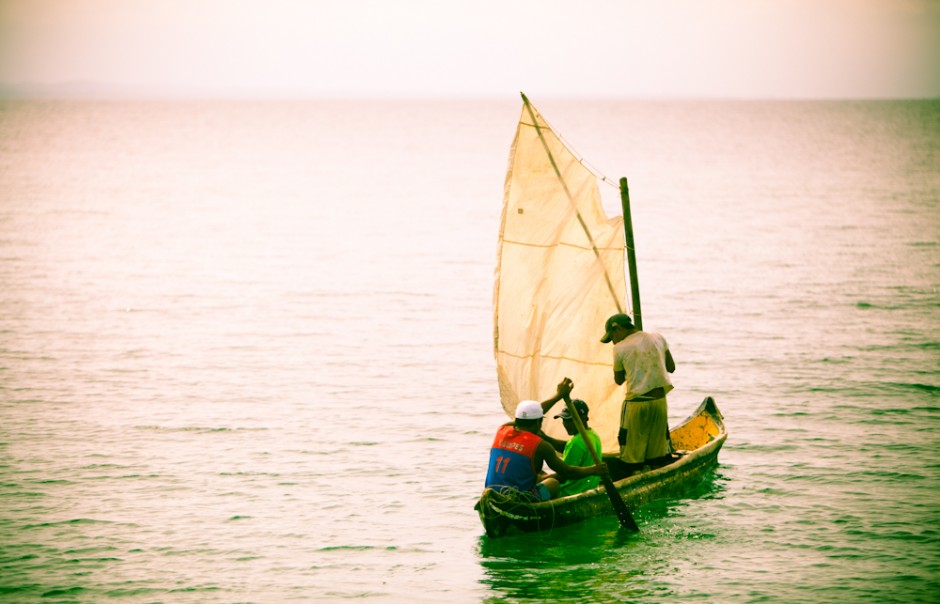 The Kuna still fish for lobster and crab everyday out of their handmade dugout canoes. Between the coconut and crab sails, they manage to live a life that they have been doing so for hundreds of years. 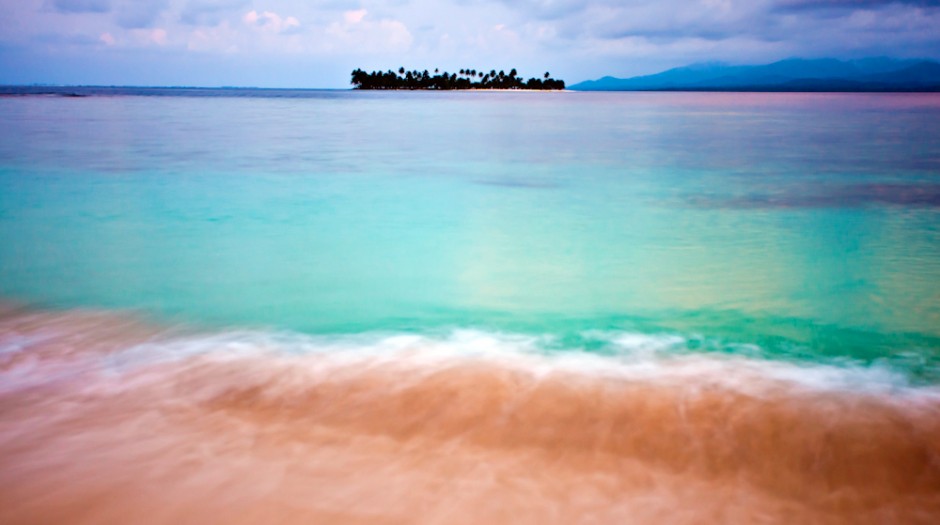 A cay "is a small, low-elevation, sandy island formed on the surface of a coral reef." 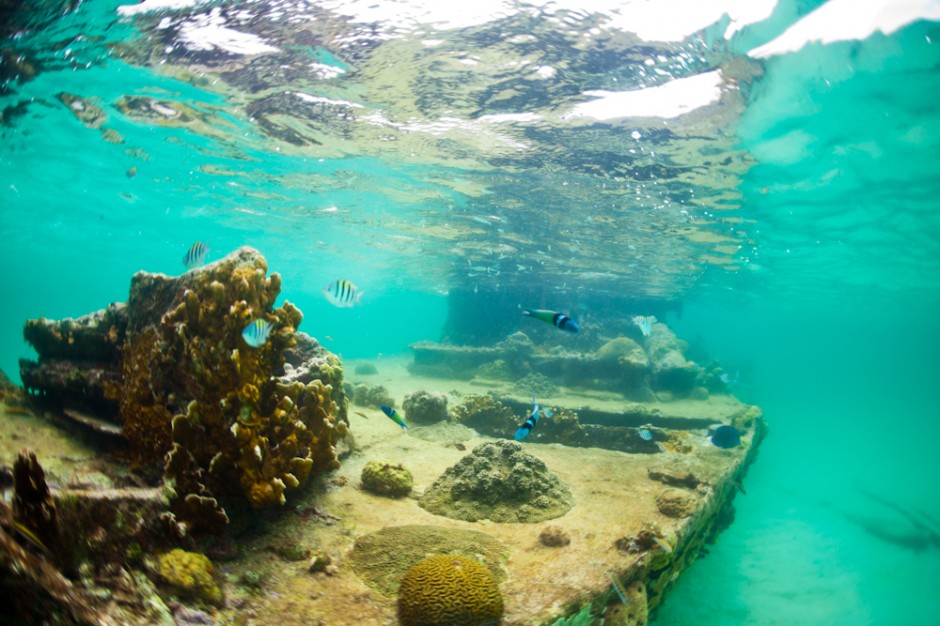 This ship sunk in the 1920's. It's since become home to thousands of colorful Caribbean fish.

The Kuna are friendly but fiercely independent and not too worried about tourism. They have laws set up so that no foreigner can own land in the San Blas, therefore preventing modernization and tourist infrastructure. 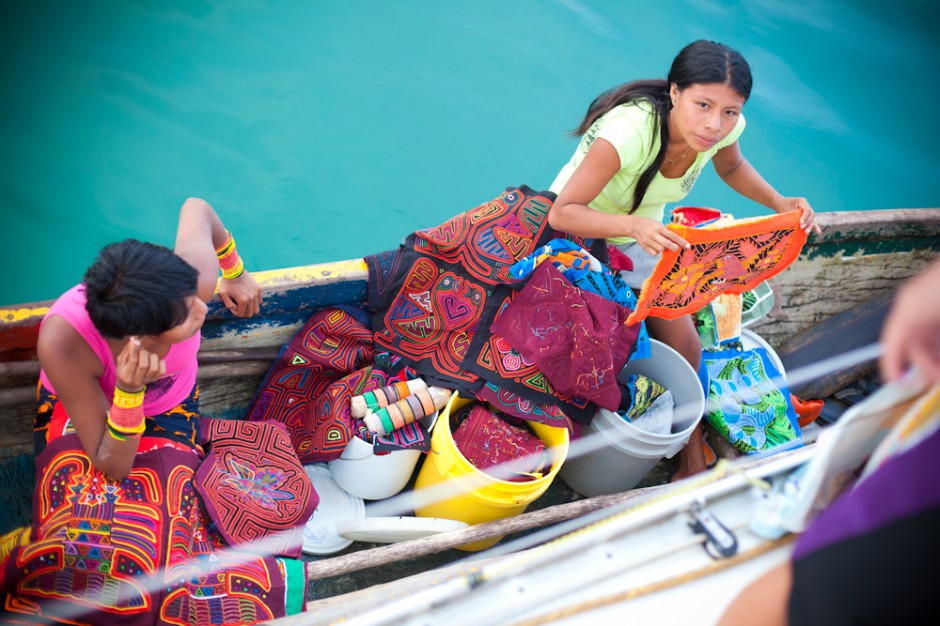 When sailing through the San Blas, oftentimes women and children will paddle up to you with goods to sell directly from their canoe. Molas, handmade crafts, lobster, and many other unique items. 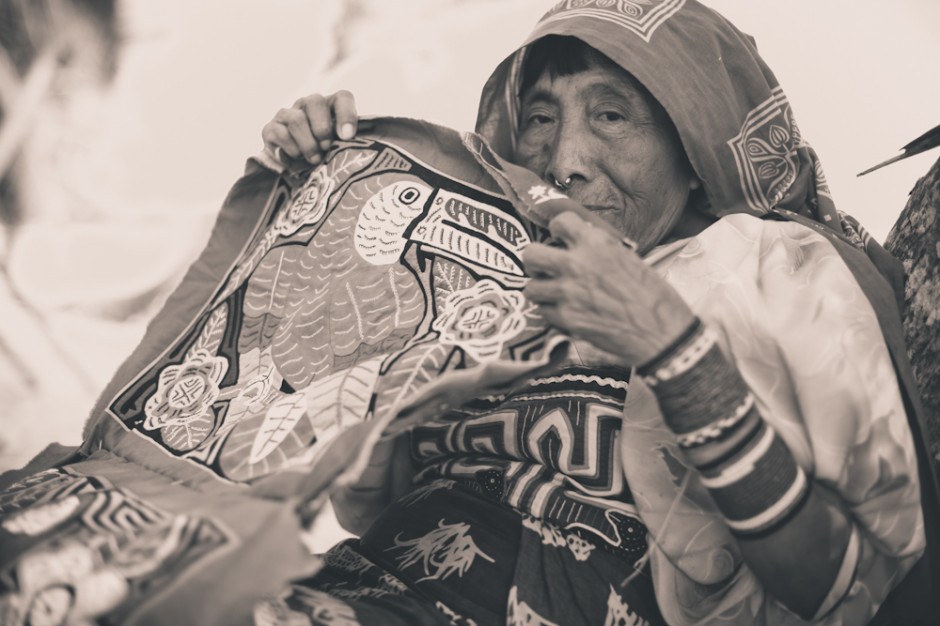 An elderly Kuna women holds up her handmade Mola. 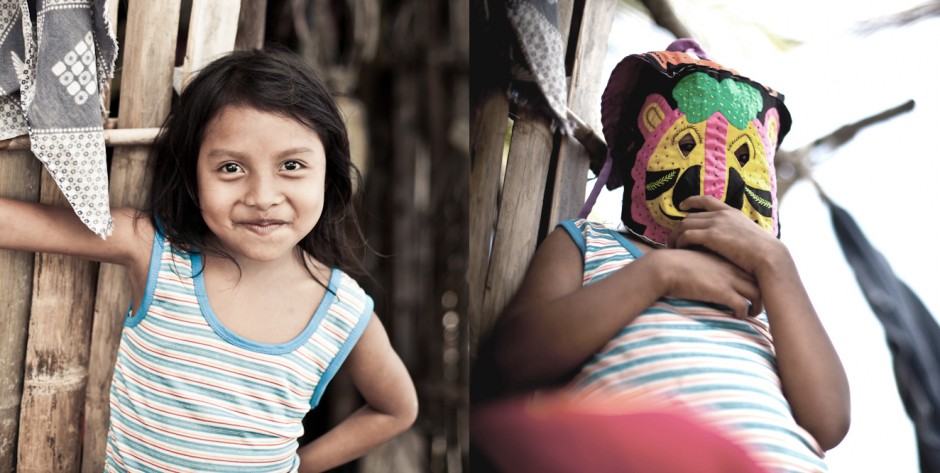 A young Kuna girl shows off her mask. 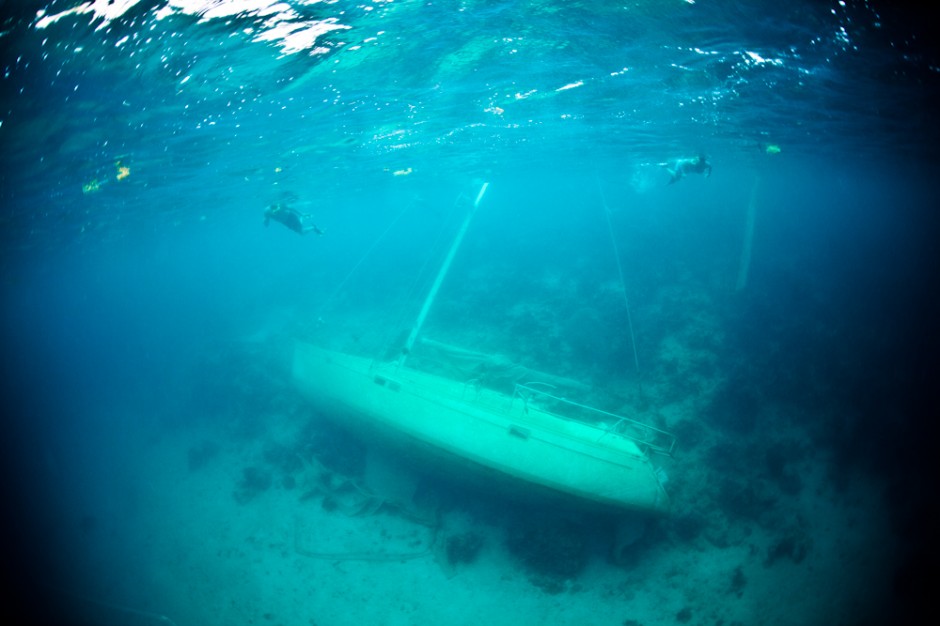 As beautiful as it is above, the area can be extremely tricky to navigate while sailing. The captain of this boat ran his ship into a coral head and sank it about two months before this image was taken. 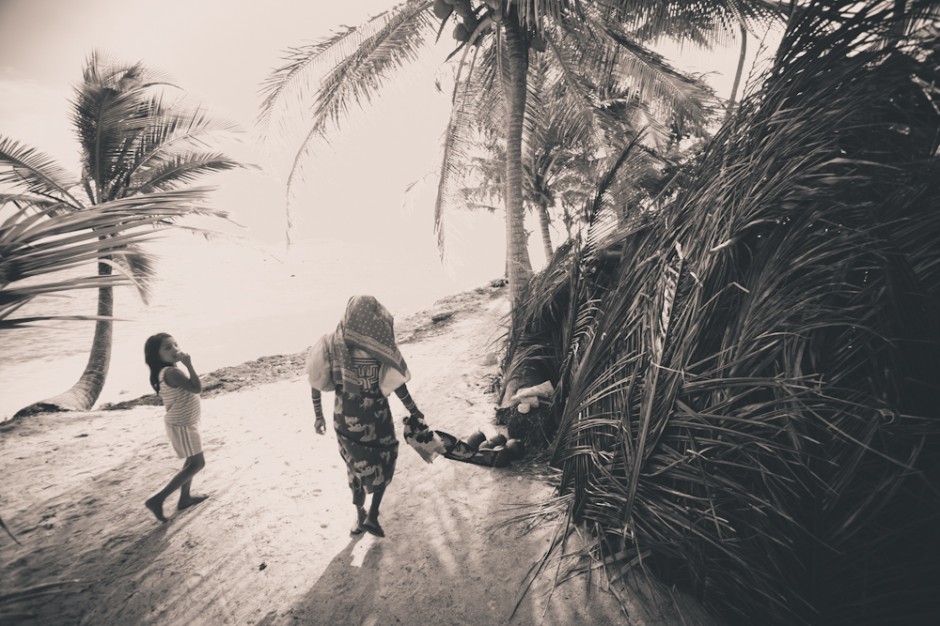 The huts of the Kuna are lined with palm fronds. 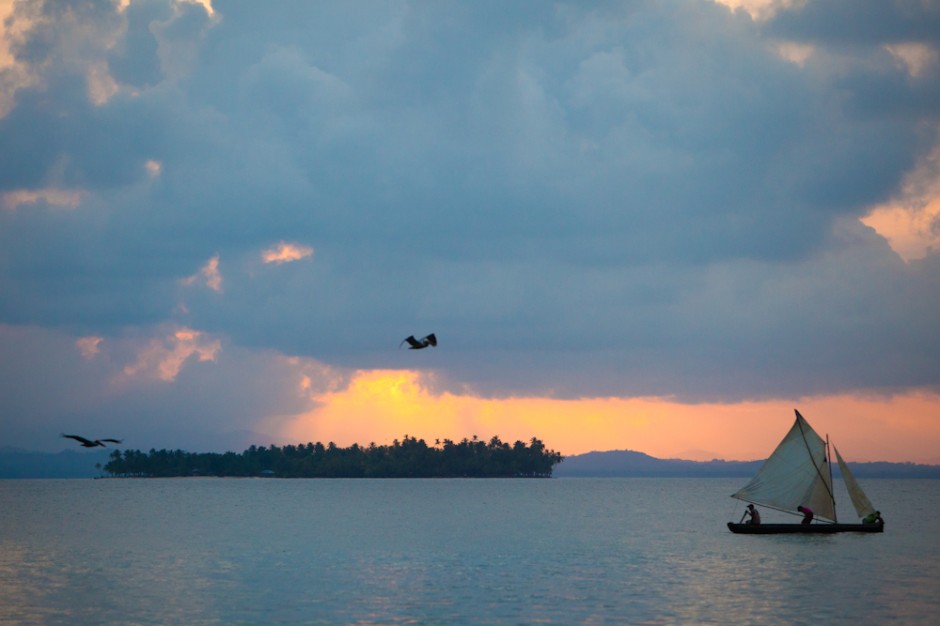 Sun sets on these Kuna fishermen in their dugout sailboat. 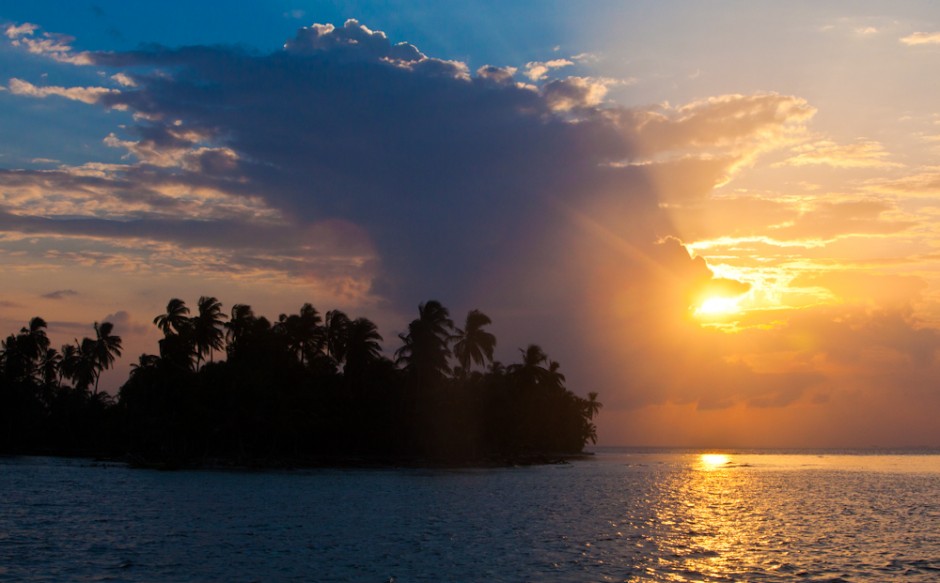 Nearly everyday at sea ended with an image like this.

Tagged
Panama
What did you think of this story?
Meh
Good
Awesome

Dear Travelers To Panama, Please Don’t Come Visit Until You Understand These 6 Things